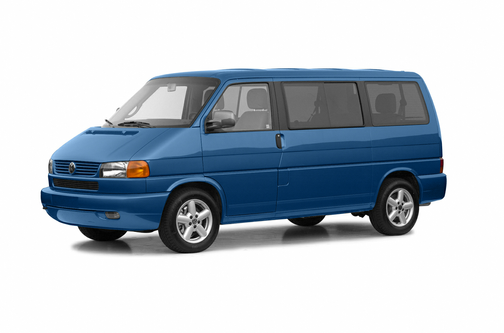 Our 2003 Volkswagen Eurovan trim comparison will help you decide.

Forgive us Volkswagen, but your EuroVan is an easy target.

It is big, square, awkward and odd.

It rolls in looking like someone’s delivery truck. It rolls around corners like it’s looking for a FedEx pickup. And all for good reason. Really it’s just a passenger version of what VW has used as a cargo hauler in Europe, much like the Ford Club Wagon is a passenger version of the company’s Econoline hauler.

But time has hardly been kind.

Before 1993, it was known as the Vanagon, an updated version of the original Microbus. Although less refined, maybe that idea worked better. At least with the Microbus you knew what you were in for – an underpowered ride, bad handling and a good chance for a disco ball or shag carpeting.

Well, it’s 2003. And, four years after we first test drove the Volkswagen EuroVan, it’s still hard to figure exactly what it’s supposed to be.

Not a minivan. Not a cargo van. It’s not even nostalgia. It’s just a poor attempt at all the above. And that might be the most interesting thing about this ride.

Volkswagen invented the van in the 1950s, long before Chrysler had its “Magic Wagon” or Honda started its “Odyssey.” When those minivans drove like cars but hauled like vans, VW just couldn’t keep up.

Don’t misconstrue this as an attack on Volkswagen. Their Passats, Jettas and Golfs are industry leaders. But where does a family of six go if they don’t want a sedan? Try Honda. VW says the all-new Microbus is supposed to arrive by the 2005 model year. Can we hear an amen?

While roomy from head to toe, and capable of being a great camper if you choose the Multivan model, the Eurovan struggles with other van basics.

It handles like a load of bricks, there is no driver-side sliding door, no side air bags and no way you can measure it up against the competition – the Chevy Ventures, Dodge Grand Caravans or Toyota Siennas.

Two trim levels are available: GLS and the MV, our tester. In the GLS you get seating for seven, 16-inch wheels, four-wheel anti-lock brakes and other standard features such as automatic climate control, a full-size spare tire, power amenities and heated washer nozzles.

The MV is basically a camper’s version of the GLS. It also seats seven, but two passengers face backward and the third row converts into a bed. There’s the option of a “Weekender” package that includes a pop-up roof, a small fridge, sliding windows with screens and an extra battery.

All in all, not a bad package, except that you still have to drive it.

The power isn’t bad for city driving – all Volkswagen EuroVans come with a 24-valve, 2.8-liter V-6 engine that makes 201 horsepower. But applying the power is a chore. With more than 4,000 pounds on board, getting from 0 to 60 mph takes about 12 seconds and getting there is not always linear.

The EuroVan is one of the few minivans with an independent rear s uspension, but it hardly handles like it. With the body of a midsize sedan and the height of an SUV, it is top-heavy all the way. The van’s body rolls around turns and the engine and exterior noise level is too much for anyone’s good.

It dives forward on hard braking and feels like a roller-coaster over bumps.

The driving position is awkward (high and forward) with tight legroom, and the floor-mounted gear selector located on the floor near your right ankle.

The dash controls are functional and well placed but the cabin is also not as accommodating or as inviting as other minivans. There is no height-adjustable steering wheel or power seats. The back seats are comfortable, especially for a van full of kids, but the front seats leave you stiff after 200 miles.

On safety, the drawbacks really come out. While all Volkswagen EuroVans come with stability control, side air bags are neither standard nor optional. And where the competition has completely moved into the dual-sliding door theme, the EuroVan is stuck with only one door.

Did we mention versatility? Pull out all the seats and the EuroVan balloons into a cargo hauler, capable of swallowing a something that is 4 feet by 8 feet. Buy the MV and you are really rolling into new territory.

And maybe that’s the best use of the EuroVan as it prepares to make its way for the new Microbus. Maybe, in its simplest form, its best feature is that it can still be primitive. Unfortunately, that feature also applies in too many other areas.

High gear: There’s room – lot of cargo room, head room and even the flexibility of adding a bed in the back. Price is also a nice alternative to the big-bucks minivans.

Low gear: Handling is reminiscent of a cargo truck, and only one sliding door and no side airbags keep the EuroVan stuck in the ’70s.

November 19, 2019
By Devon from Indianapolis, IN
Owns this car

This car will take 4 people and 4 dogs with luggage in plenty of comfort. The ride is smooth and it sits up nice and high. adjustable from the rear air and heat keeps everyone comfortable. Unique as there are so few of them on the road.

August 22, 2018
By MarkC from Sherwood, Arkansas
Owns this car

The true multivan, the go anywhere and do anything van. This is my second Eurovan MV, everyone should have the experience owning one of these vehicles

July 30, 2018
By noenglishman from Northern Wisconsin
Owns this car

Volkswagen Van is quite noisy and also expensive. Engine make noise like rumble. I do not like sound van make, but is ok in every other way. Hit 200,000 miles and still work good. Engine noise bother me. Only other problem is head light no work anymore so I have to fix.

All model years for the Volkswagen Eurovan 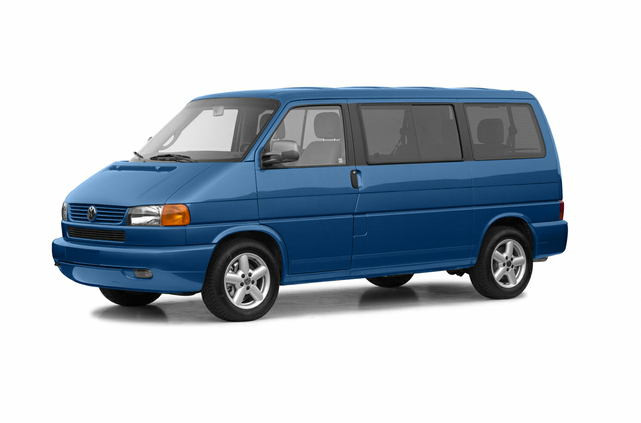 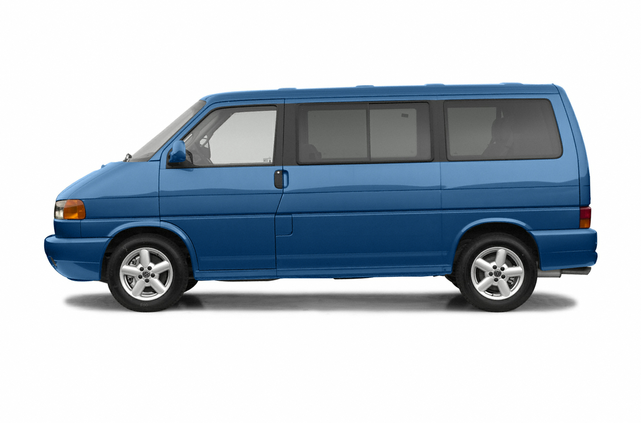 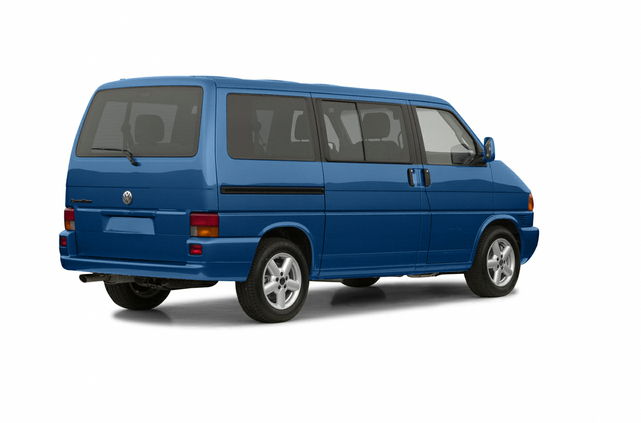 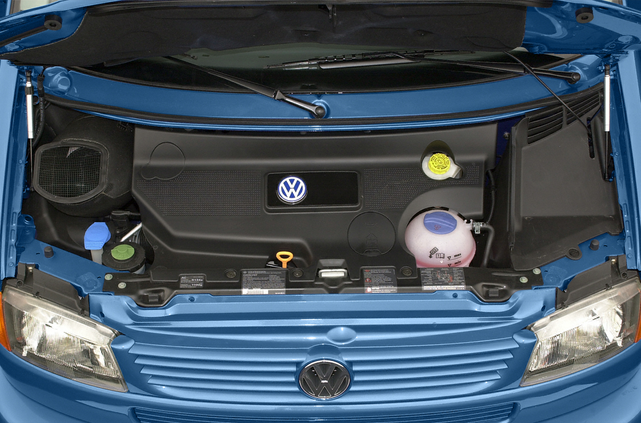 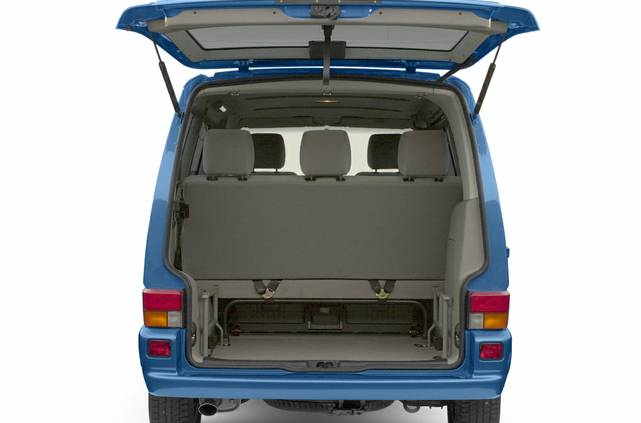 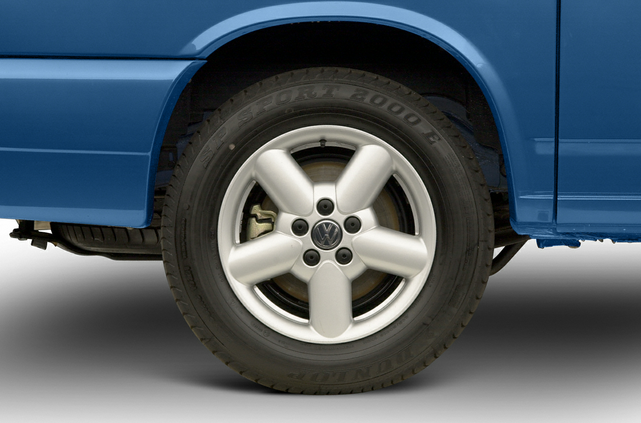 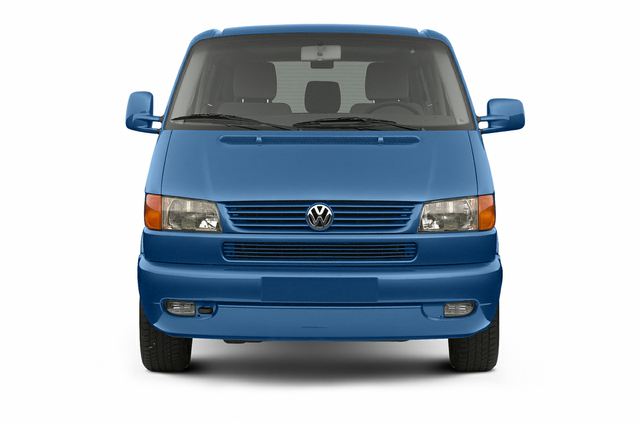 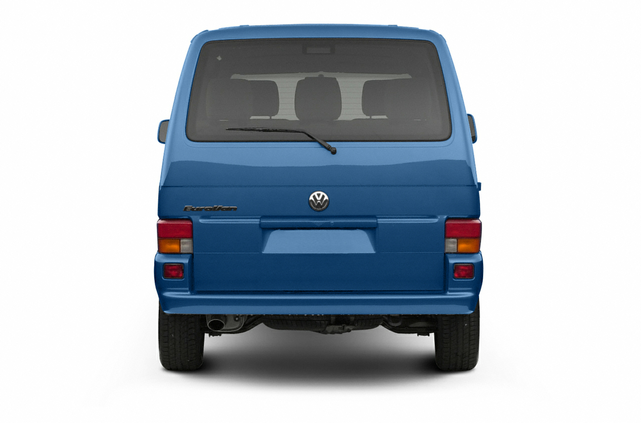 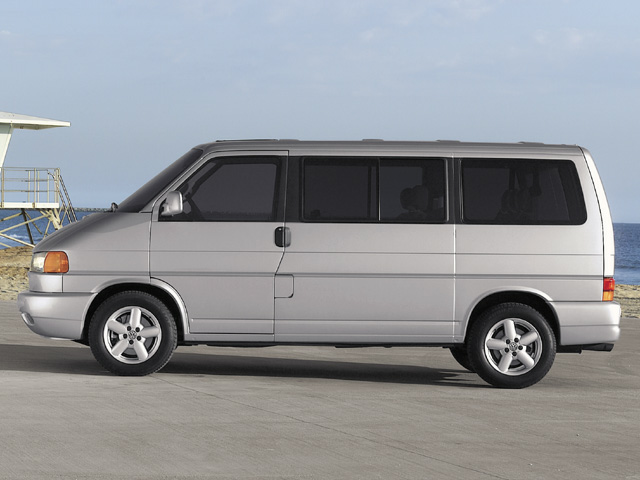 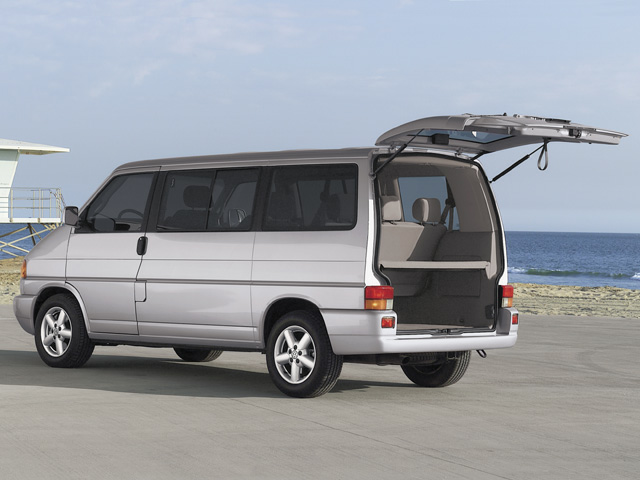 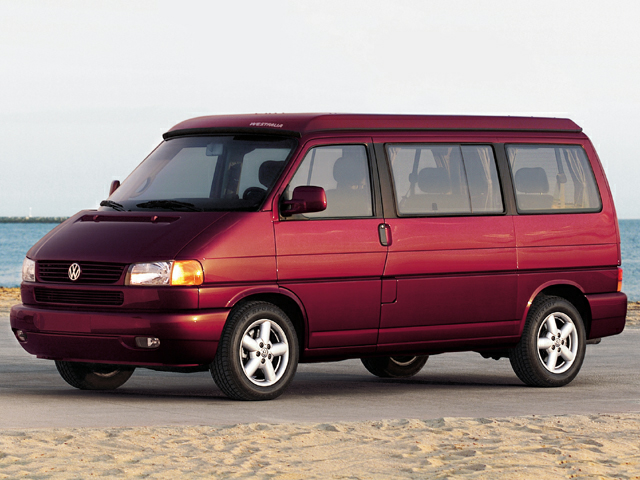 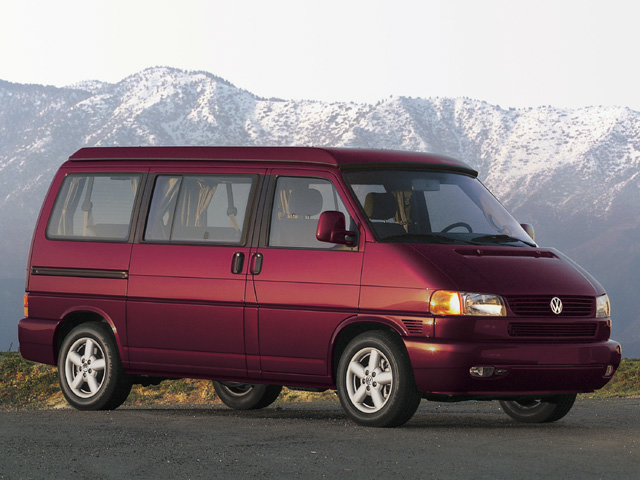 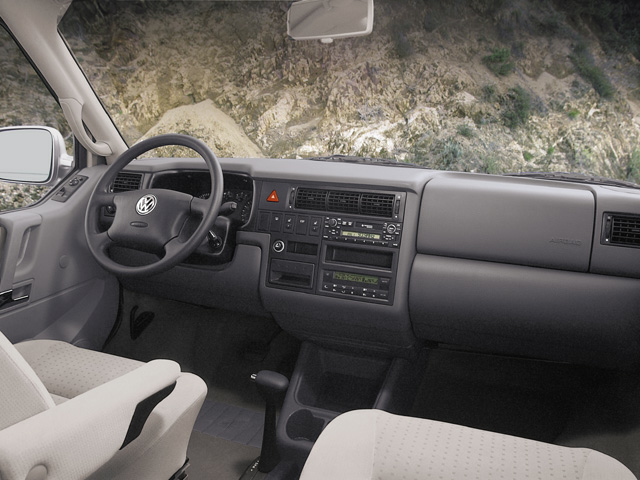 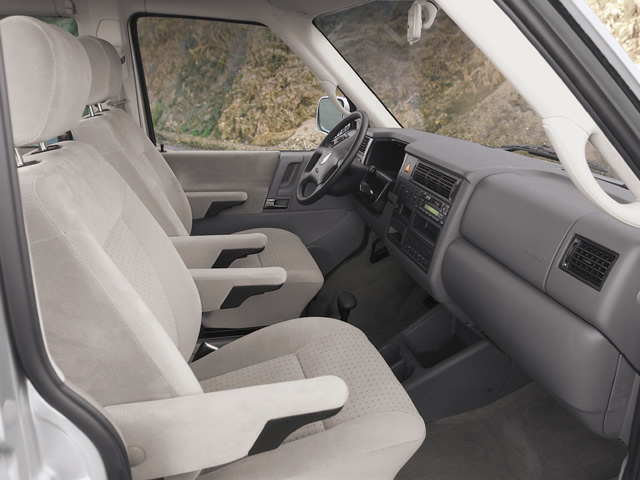 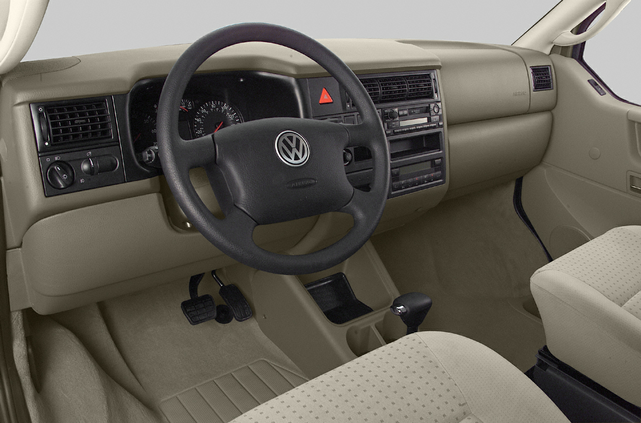 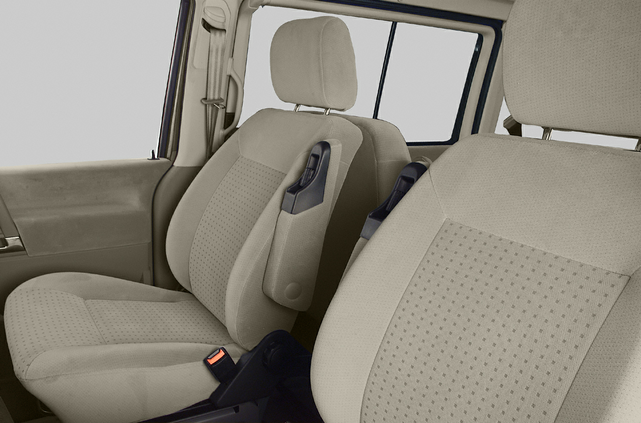 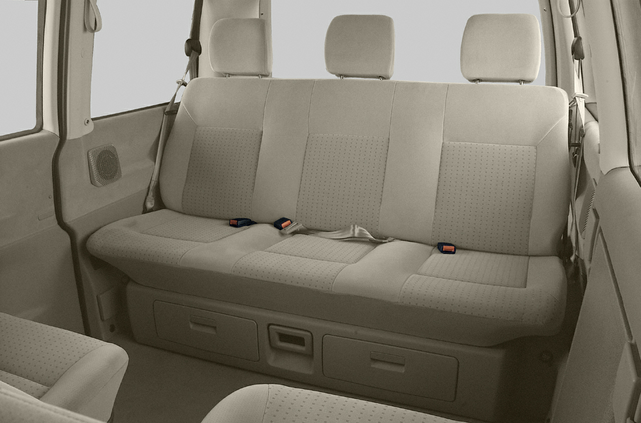