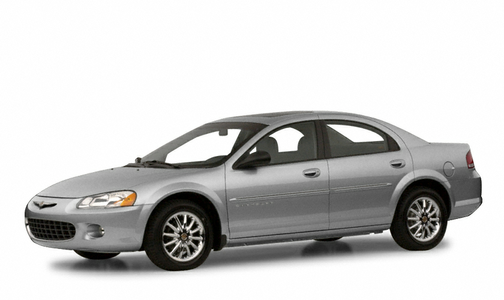 Our 2001 Chrysler Sebring trim comparison will help you decide.

Just give me a nice big sedan with a steel carapace and a nice power glass moonroof and my needs for sunlight and fresh air will be met. If I wanted dirt, noise, smells and vulnerability, I would have kept my motorcycle. But having been slathered with vitriol over the decades I’ve been pursuing this brand of criticism, I’ve learned that rationality has nothing to do with open-air motoring and so it’s becoming ever more popular. So be it . . . the question then becomes, which car best fills the bill?

Even I could be persuaded to take home one of those Mercedes-Benz jobs with the $100,000-plus price tag – make mine the SL600, with the 12-cylinder engine; it’s only money. There are some appealing offerings at lower price points, too – most of the prestige makes have at least one ragtop, because they photograph so nicely and thus cast a glamorous aura over the more practical offerings. But in the real world of sub-$30,000 indulgence, there are still some very appealing offerings, not the least of which is this week’s guest star, the Chrysler Sebring.

Chrysler has sold a quarter-million Sebring ragtops around the world since its debut in 1996, and that same number is the approximate size of the domestic open-air market, which Chrysler dominates. The corporation forecasts further growth to a demand of 275K by 2005.

For the 2001 model year the Sebring has received a bit of an update to prolong its lifespan, and a sedan with that nameplate has joined the vert and coupe. The convertible was given a light touch of the restyling brush, with a new hood and grille treatment and revised decklid on the outside, and new instrument panels and seats and new trim materials within. It’s not as if it needed much work in the styling department – it was, and remains, one of the handsomest machines in class, with a mature, understated elegance about it that makes the domestic competitors look positively pubescent.

It is made in three series, LX, LXi and Limited. Even the LX, which starts at $24,995 with freight, is well-equipped.

Move up to the LXi ($27,455) and they throw in upsized 16-inch alloy wheels in place of the base steel with full covers; fog lamps; leather-trimmed seats, steering wheel and shift knob; an added CD deck plus an upgrade to a 150-watt Infinity audio system; compass/outside temperature readout; automatically-dimming rearview mirror; security package and a 3-in-1 HomeLink garage door/security gate transmitter.

In the rarefied precincts inhabited by the Limit ed ($29,540), you get all of the above plus a two-tone leather interior, “ABS Plus,” AutoStick, electroluminescent instruments, a four-disc CD changer and chromed 16-inch aluminum wheels.

At any of these price levels, you get a car that’s at once well-conceived and well-executed. The top mechanism is one of the fastest I’ve seen and among the easiest.

Flip two latches atop the windscreen, both well within reach, press the console-mounted switch, and watch the four side windows automatically retract as the top goes through its gyrations to stow itself aft of the rear seats. It’s exposed in that position, and the fussy get a tonneau cover to make it neater, but I saw no need to fool with it. Raising the top is nearly as easy, although the side windows – for safety reasons – must be raised via the door-mounted switches. The top, as mentioned above, incorporates a glass rear window, which not only eliminates the yellowing/cracking problems inherent in plastic ports, but also allo bedding of defroster wires (stop smirking, my dear Hawaiian readers!). The top is well-insulated and provides a good noise barrier at highway speeds. The rear and side windows are large enough to banish the claustrophobic feel common to the breed.

The bugbear of cars which have their tops sliced off is “cowl shake,” a loose feeling engendered by lack of structural support. The Sebring, however, was purpose-built as an open-air machine and is braced sufficiently well that the only unpleasant sensation I picked up on was an odd high-frequency vibration at moderate speeds over good surfaces. Curiously enough, the car felt tight and poised over rough roads, mastering whoop-de-dos with aplomb.

Steering feel was rather numb, but the Sebring tracked well and did not need insistent corrections when roaring down the freeway. It was highly predictable and confidence-inspiring when I gave it the boot on twisty country roads. To some extent this may be attributable to the Limited’s exclusive use of “ABS Plus,” which is a subset of what others call stability control. Sensors and microprocessors oversee braking in turns so as to minimize the chances of going into a spin – it worked subtly and effectively.

With the top down, management of air rush was quite good – no turbulence in the cabin, and only the slightest tingling on the point of my head after a longish, fast run.

Given the engine’s fondness for rapid spinning, it’s not surprising that launch feel is a bit sluggish, but as the motor charges to its 6,464-rpm (cute, huh?) electronic cutoff, it makes up for it, producing 0-60 times in the 8-second neighborhood. More remarkable is the engine’s efficiency – it’s rated at 20 mpg city, 29 highway on regular gas. Even I couldn’t do worse than an average of 24.1, dutifully ruining the aerodynamics with the top down much of the time.

The Limited gets the AutoStick treatment. You can either leave the transmission in drive or pull the console-mounted shifter back a notch and manage shifts by tilting the lever to the right or left. I found that useful mainly for dropping down a cog or two to enhance engine braking on descents or in traffic. In the quest for big fuel-economy numbers, the engineers have geared this machine awfully high – third provided very little retardation on modest downslopes and second wasn’t a great deal better. In top gear, each 1,000 engine turns translates to about 28 mph.

I thought the instruments, though large and well-placed, looked a bit odd, with their Infiniti-like script i n black against an off-white background, but they were gorgeous by night when the electroluminescence kicked in (exclusive to the Limited). The fake wood is singularly unattractive, with a smudged, milky look. The stereo system in the tester was outstanding. Both clarity and presence were remarkable, even with the top down. A built-in equalizer senses when the top is not in place and tweaks the sound accordingly.

Overall fit and finish were quite good. Till now, Sebring convertibles were built in Mexico. Now they’re assembled at the Sterling Heights, Mich. plant. The insurance folks have not crashed a Sebring ragtop, but the Feds have, with somewhat disappointing results.

The car gets 3-star ratings (on a 5-star scale) for front seat occupant protection in a frontal or side crash, ditto for rear passengers in a frontal impact, and four stars for the rear occupants in a side collision.

Payments at that price would be $600, assuming 20 percent down and 10 percent financing over 48 months.

Got the car for my wife, but I have more fun in it than she does! Not the biggest car out there for sure, but can fit 4 normal sized people pretty decently. Mine has a 2.7l V6, which gives plenty of power while having decent gas mileage. Definitely gave me a taste for convertibles!

Great car I love it, no issues. Best kept secret .

Nice power ,handles great ,fun to drive. Great price for a good preowned vehicle. A lot of bang for your buck. Very underrated.i have a 01 convertible one of the best if not the best vehicle I’ve ever owned and believe me I’ve owned many vehicles over the years.

This is yhe 4th Sebring ive owned i love them

This car met all my needs its a. Convertible 4th one I've had I love the room in it sound system room for my kids mechanically it runs great as have all my others wouldn't buy any other car this is my type of ride

All model years for the Chrysler Sebring 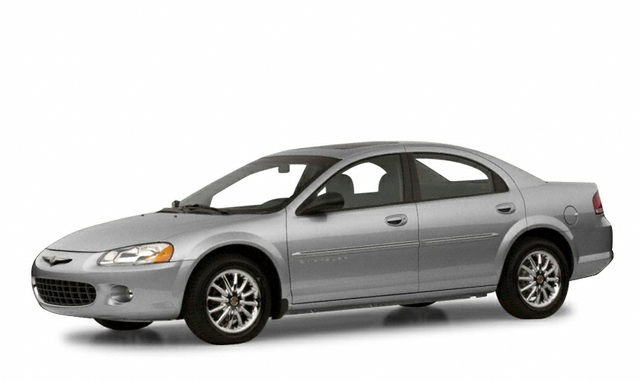 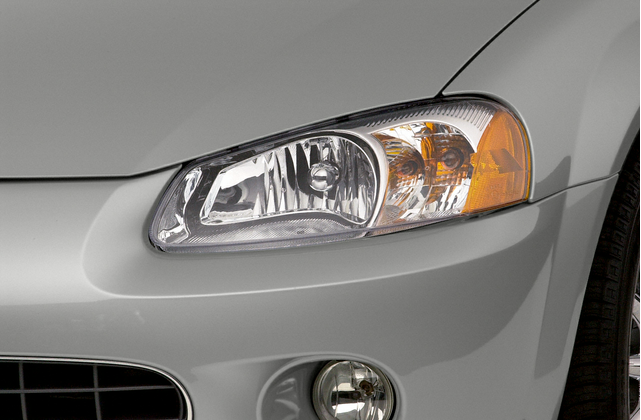 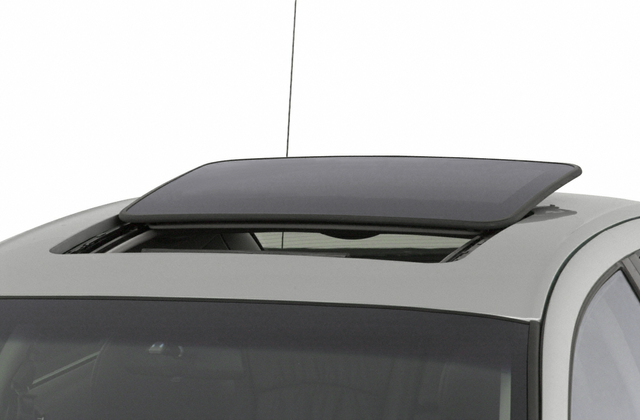 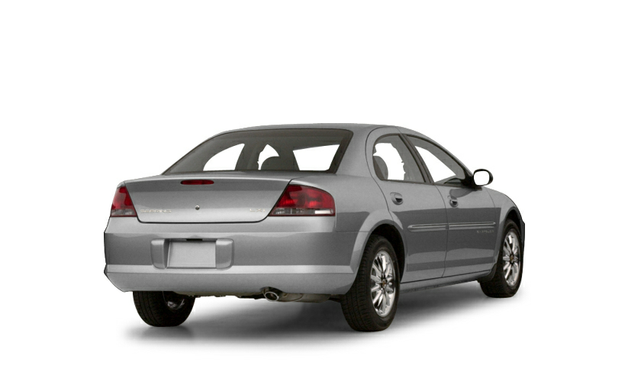 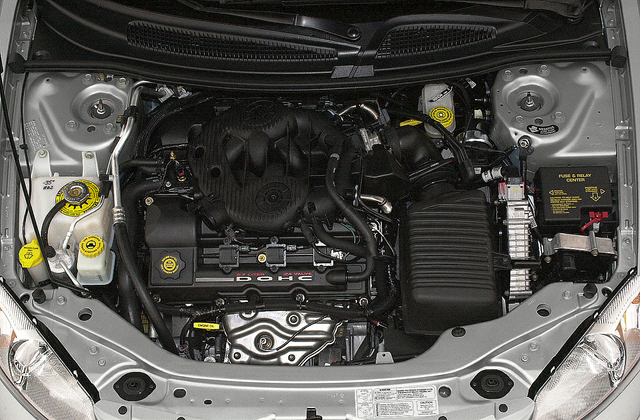 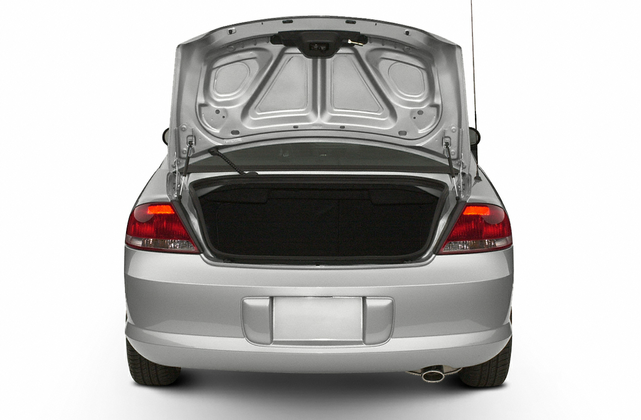 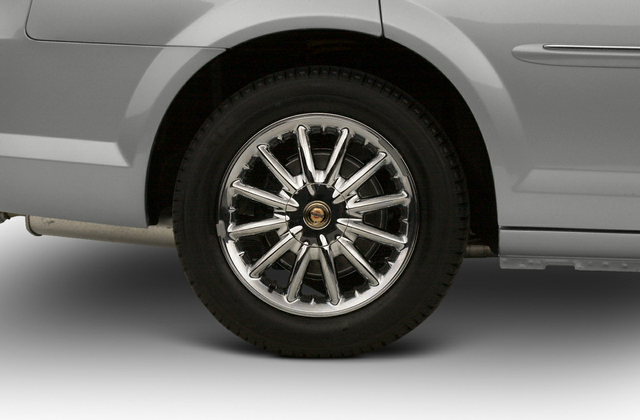 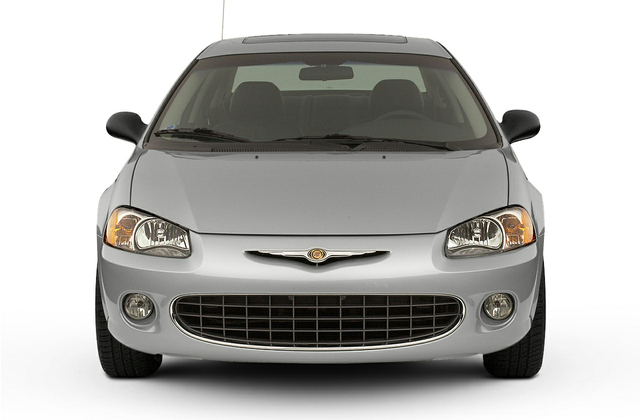 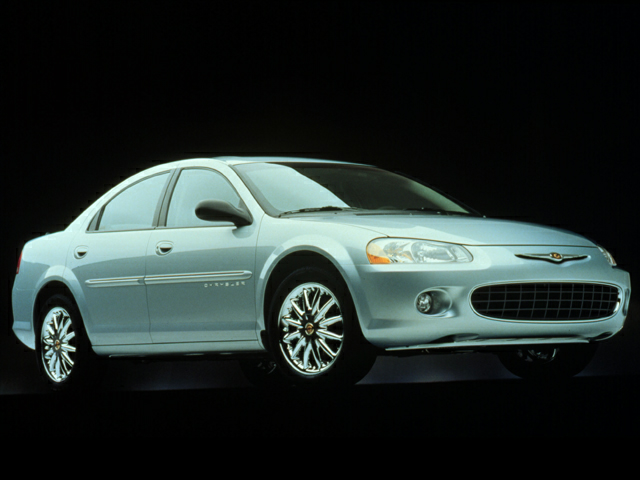 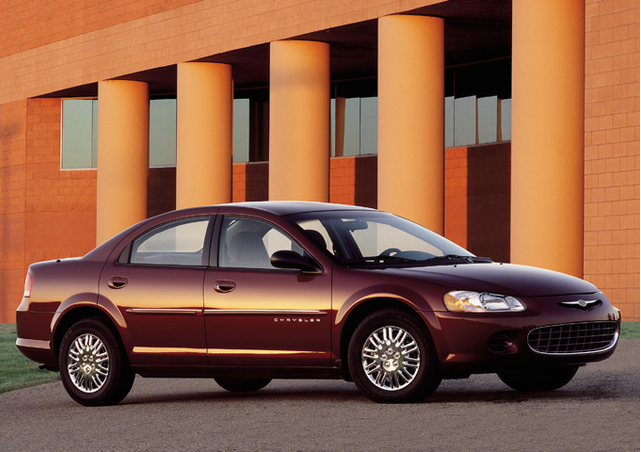 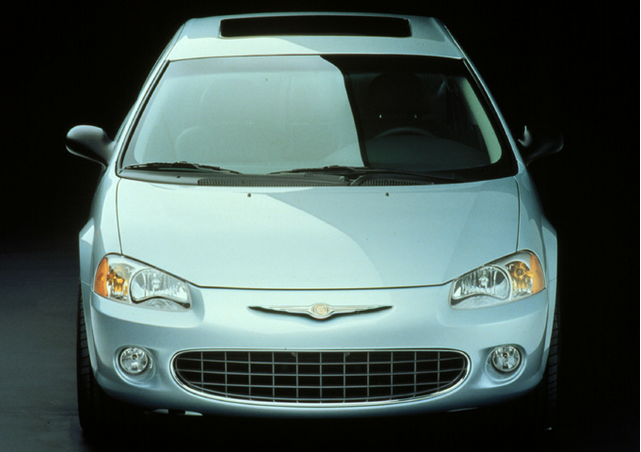 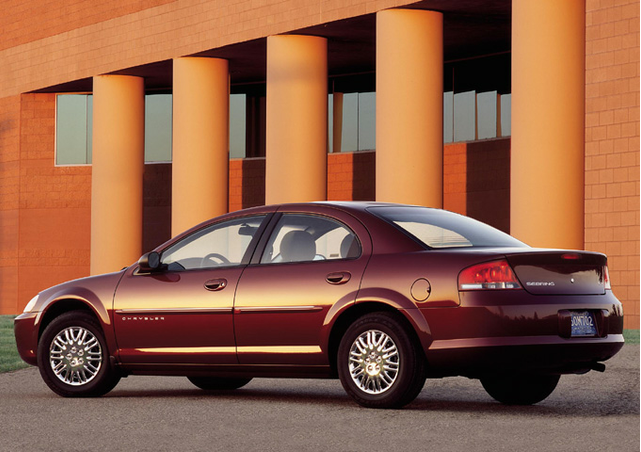 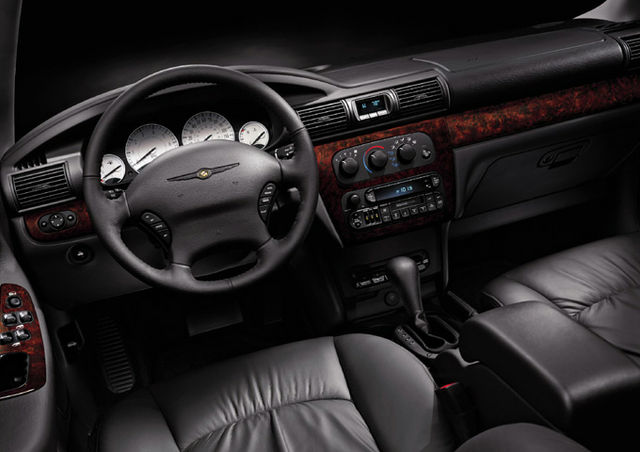 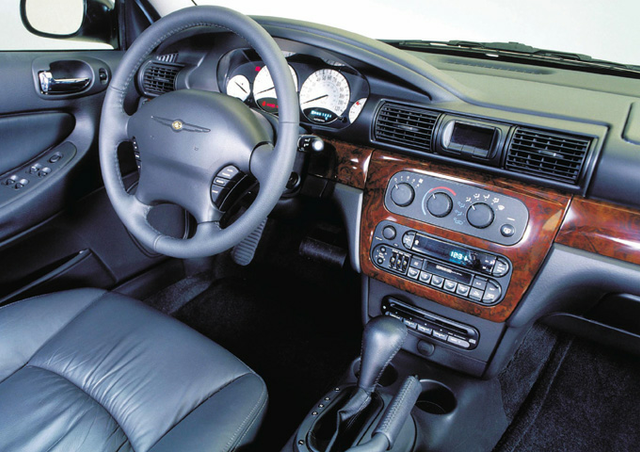 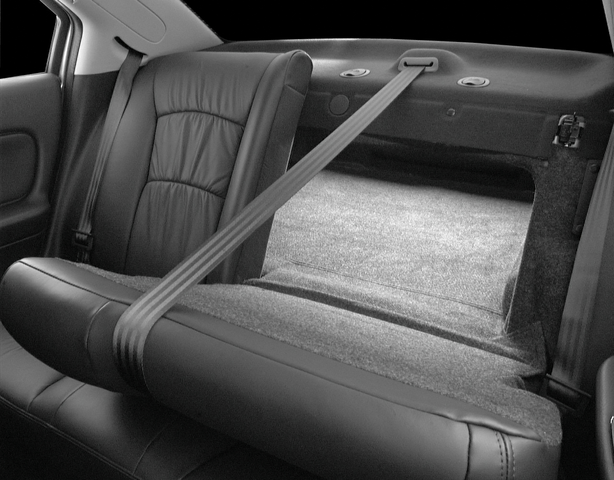 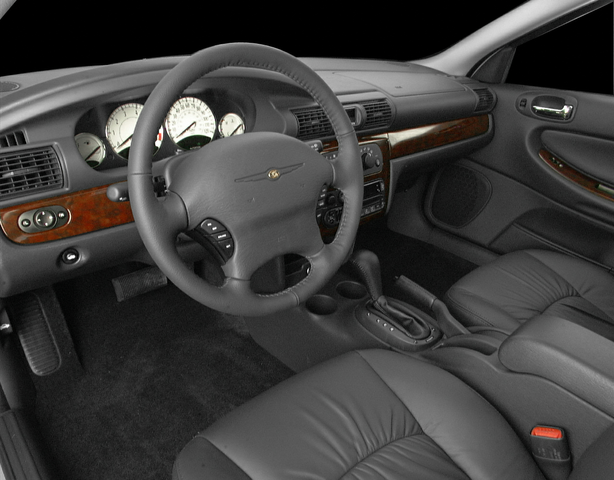 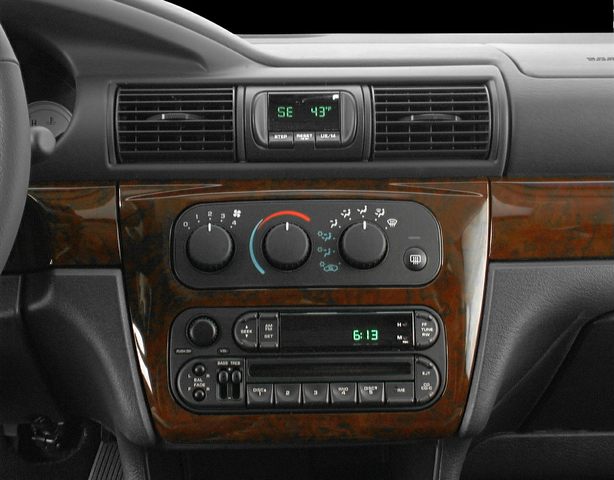 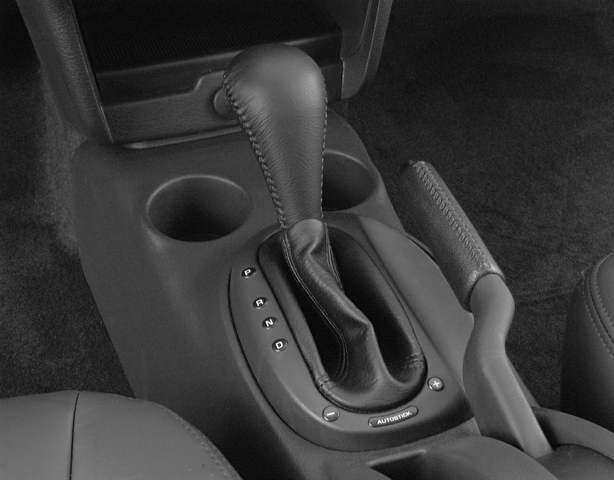 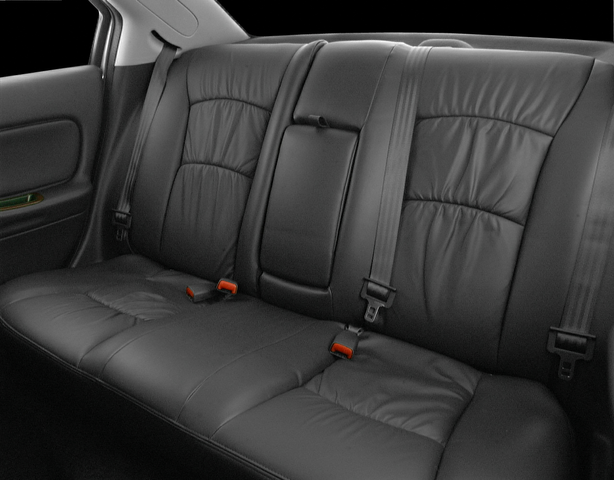 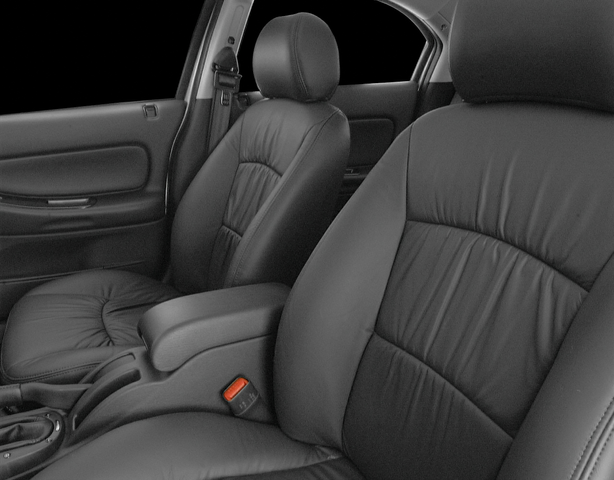 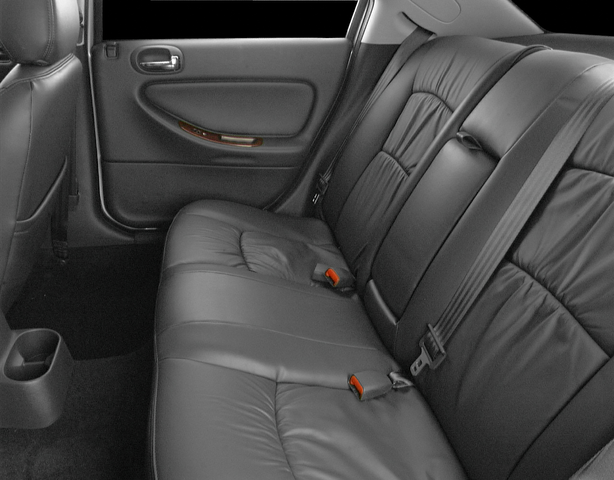