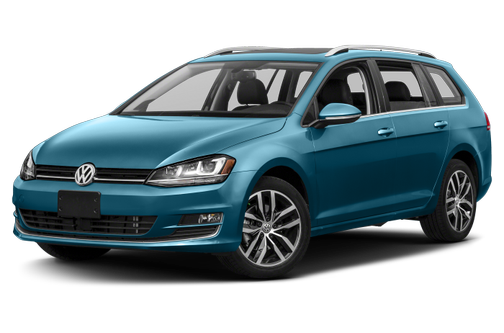 Our 2015 Volkswagen Golf SportWagen trim comparison will help you decide.

I’m a fan both of station wagons (I own two) and of the new-generation Golf, but the 2015 VW Golf SportWagen has enough flaws to keep it from getting my love.

There are so few wagons on the market that whenever one is introduced or redesigned, it’s cause for notice. Volkswagen’s new compact Golf SportWagen joins the larger family of Golf hatchbacks, but replaces the previous Jetta SportWagen in the brand’s lineup.

Exterior & Styling
A car’s looks are hard to critique, as the eye of the beholder often proves to be a major differentiator from one car shopper to the next. That said, the Golf SportWagen can be called a few things, and plain is certainly one of them.

The Golf comes in two-door and four-door hatchback body styles as well as the SportWagen. The first two appear sporty and perhaps even fun, but once you add the extension on back that turns the Golf into a wagon, much of the cute factor disappears. (An extension is a fair way to characterize it, because the SportWagen has the same wheelbase and shares most seating dimensions with the two- and four-door hatchbacks.)

After I posted a picture about testing the Volkswagen Golf SportWagen on Facebook, my friends were overwhelmingly negative on the looks — including my wife, who is a major supporter of the four-door hatchback. The SportWagen was high on our own car-shopping list, where it now no longer resides based almost entirely on the looks.

Standard wheels include 15-inch alloys on the S base trim, 17-inchers on the SE and 18-inch wheels on the SEL trim.

How It Drives
Once out of the driveway, the Golf SportWagen lives up to the sporty looks and reputation of its smaller siblings — logical, given it’s teamed with the same pair of engines. I tested the base turbocharged 1.8-liter four-cylinder gasoline engine, which produces 170 horsepower and 200 pounds-feet of torque. A turbo-diesel 2.0-liter four-cylinder provides 150 hp and 236 lb-ft of torque in TDI models. There are plans for an all-wheel-drive model in the future, but for 2015 and 2016 the Volkswagen Golf SportWagen remains front-wheel-drive only.

The base S model I tested featured a five-speed manual transmission; an automatic is an additional $1,100. The shifter was a bit tall and a little rickety — especially compared with the manual you find in the high-performance Golf GTI — but it did the job. The clutch was feathery and easy to engage at all times. This is a manual you can drive in stop-and-go traffic, like I do on my daily commute.

There’s plenty of power from the 1.8-liter. The Volkswagen Golf SportWagen feels livelier than most hatchbacks or compact SUVs.

It’s funny how time changes perspective. I own a 2005 VW Passat wagon with a V-6 that puts out 190 horses, and while it feels powerful in its own right, it’s also 600 pounds heavier than the Golf Sportwagen and has fewer safety features. It also gets awful fuel economy, unlike the new Golf SportWagen.

The steering, as in the rest of the Golf lineup, is sharp, and the wheel feels slightly heavier compared with Japanese compact hatchbacks. I was also impressed with the overall ride comfort.

Interior
The dashboard materials, layout and essentially the entire interior are identical to the standard four-door Golf hatchback. That means you’ll see and feel materials that are a slight step above some non-luxury brands, more in line with the premium feel of the Mazda3 hatchback.

Most base models in this class have fabric seating surfaces, but VW offers simulated leather — aka vinyl — seats that are nice enough to feel upscale … for the class. They’re also generally easier to clean than cloth seats, but get hotter in warm weather and colder in winter, just like the real thing.

I had a hard time finding a comfortable position in the driver’s seat, yet for some reason never had a problem in the standard Volkswagen Golf or the GTI. The main culprit was the steering column being too low; my right knee bumped into it not just when getting in and out, but also during ordinary driving maneuvers. Other colleagues of shorter heights also complained about the steering column, but those with longer legs did not. This is definitely something to check on a test drive to make sure your particular body doesn’t have the same issue.

The Volkswagen Golf has plentiful headroom up front, though, and a surprisingly roomy backseat. My two young children, both in booster seats, had plenty of room, and even full-size adults can be comfortable for short drives. While the official specs suggest it’s nearly identical in rear legroom to the outgoing Jetta SportWagen, the upright seating position is likely the key to the Golf feeling significantly more spacious. There are also vents in the center console for rear passengers.

Ergonomics & Electronics
It’s nice to get a base model with some decent tech. The all-new 2015 Golf SportWagen has a small 5.8-inch touch-screen and a short cord to connect your smartphone, but you will need to pay for the adapter as an accessory (it’s $65 for the Apple Lightning version). The 2016 models arriving at dealerships shortly will have standard USB ports, and higher trims will offer Apple CarPlay and Android Auto connectivity.

The interface in this 2015 Volkswagen is simply laid out and easy to use. The system even senses when your hand moves toward the screen and will display more input options, which fade when the hand moves away.

Screen resolution, however, is quite poor compared with the majority of systems out there, even on lower-end models. The sound quality out of eight standard speakers is quite good. If you move up to the SE trim level, a premium Fender stereo is standard. I and other editors on the staff are fans of the system, but shoppers who make the nearly $5,000 step up in trims will likely do so for the heated seats, panoramic moonroof and keyovless access with push-button start, not the elevated listening experience.

To get a navigation system, shoppers must me up to the SEL trim level, which starts just above $30,000.

Cargo & Storage
Obviously, the advantage of a wagon body style is the elongated cargo area. The Volkswagen Golf SportWagen has 30.4 cubic feet of cargo room with the rear seats up, versus the hatchback’s 22.8 cubic feet. Total cargo space with the standard folding backseat lowered is 66.5 cubic feet, versus 52.7 in the hatchback. Both Golf SportWagen stats are nearly identical to the 2014 Jetta SportWagen.

I was impressed with the wagon’s real-world space, as the floor is perfectly rectangular, with no wheel wells intruding on the space. Instead, the floor has two cargo wells on either side of the main floor. They’re big enough for decent-sized grocery bags, but not something as bulky as a gallon jug of milk.

My two dogs, both adult boxers, fit in the back standing up with a few inches of height to spare, but they definitely have more space in my old Passat.

The cargo area’s low access height is one advantage of picking a wagon over an SUV, especially if you’re not particularly tall or fill the cargo area with heavy objects often.

Safety
The 2015 Golf four-door hatchback received top scores in all the Insurance Institute for Highway Safety’s tests, earning it a Top Safety Pick score. For 2016, there’s an optional crash prevention system that elevates the Golf and SportWagen to Top Safety Pick Plus status. The Golf SportWagen hasn’t been rated by the National Highway Traffic Safety Administration at this time, but the two-door hatchback received a five-star overall crash-test rating.

An optional Driver Assistance Package can be had on SE and SEL trims and includes forward collision warning and parking sensors, but no other safety tech, like lane departure warning or blind spot monitoring.

You can see all safety equipment for the 2015 model here.

Value in Its Class
Since there are so few wagons on the market, you might cross-shop the SportWagen against compact hatchbacks that are less expensive than the $22,215 base model. Or you might be looking at compact SUVs that are more expensive. Is the Volkswagen Golf SportWagen a sweet spot or an awkward landing place?

It’s hard to say, but if you’re that wagon fan — or just SUV-averse — it’s easy to make the argument for the Volkswagen Golf SportWagen and its ample cargo area. If you don’t need that much room, the Mazda3 or Hyundai Elantra GT are less-expensive options, as are some of the new crop of subcompact SUVs, a few of which start around $20,000.

Excellent fuel economy with better than competitors interior. Other than initial diesel recall,(EPA idiocy), no problems whatsoever with this vehicle. Driving is a pleasure and an escape with this car.

Fantastic MPG in a roomy package

February 4, 2020
By VW-Dubber. from Palatine
Owns this car

I commute 160 miles per day in my Golf, it has been super comfortable and for only "150HP" it has plenty of get up n go. When you are driving at 70MPH for a long distance, you don't need power - you need economy. This car has it in the bag, I had been following my efficiency as well as maintenance and nothing comes even close to it when you factor in over 50MPG (hand calculated!). Tires last 80K miles, brakes at 100+K still have over half pads left. Regular oil changes with nothing to add between oil changes and filter changes is all it needs. There is NOTHING like this anymore on the market. It still feels like a new car even with 100K on it. Interior is mint shape. ONLY downfall to this car is the outdated infotainment system. It CAN fortunately be updated to later MIB2 systems which WILL give you CarPlay capability.

January 27, 2020
By Frank from Chester Springs
Owns this car

This VW Golf SportWagen represents a great value and is a SEL full of top of the line features! Immaculate and very low mileage. Spotless.

Rating breakdown (out of 5):
1 person out of 2 found this review helpful. Did you?
Show full review
See all 56 consumer reviews

All model years for the Volkswagen Golf SportWagen 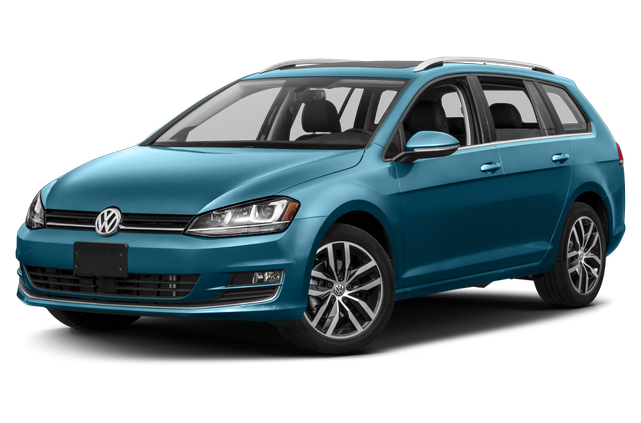 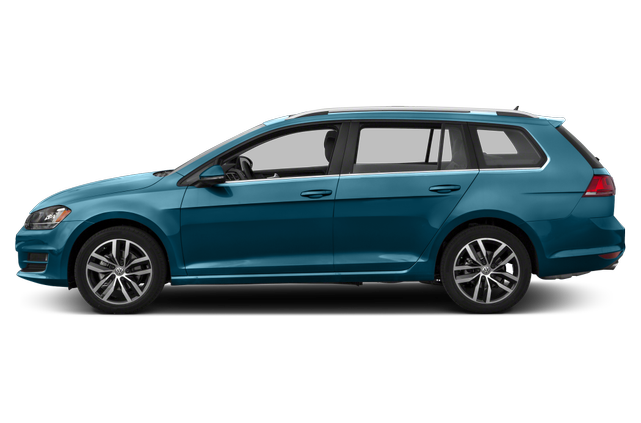 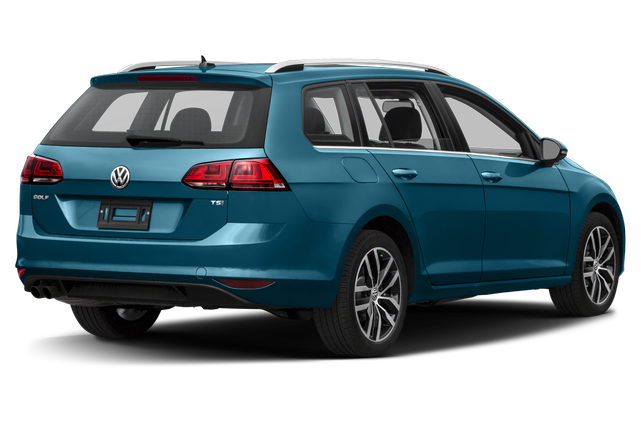 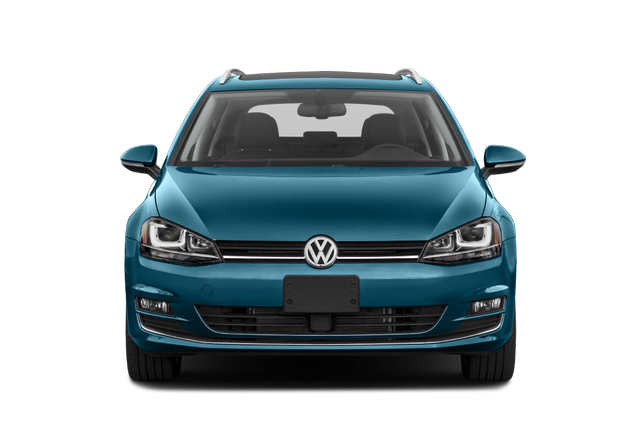 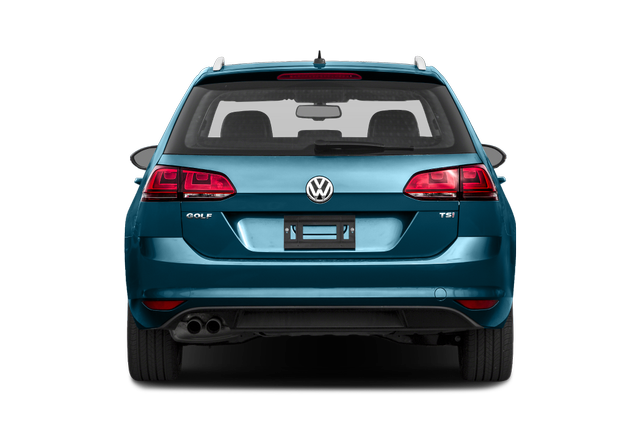 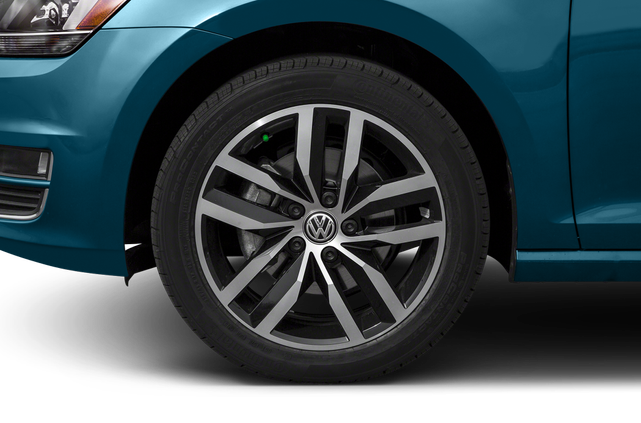 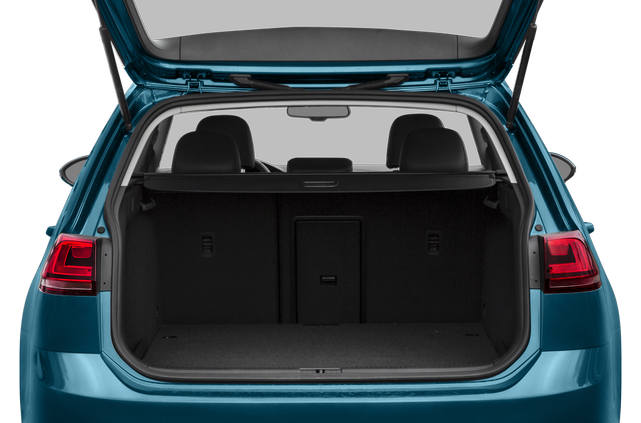 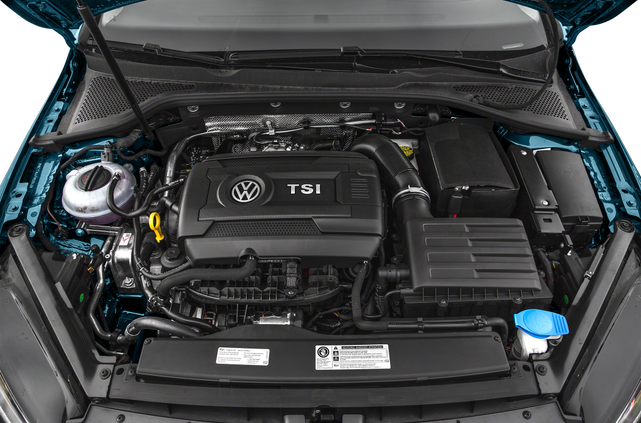 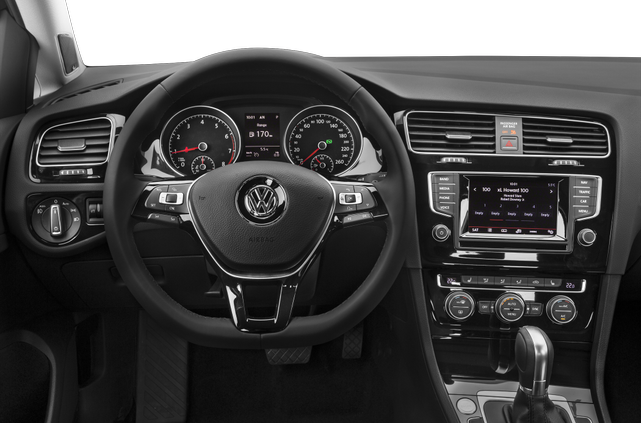 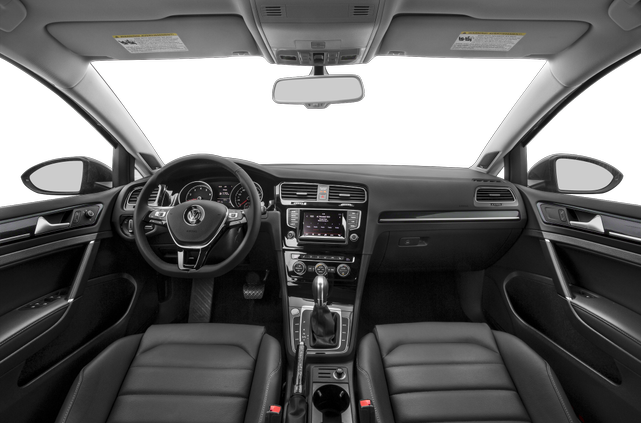 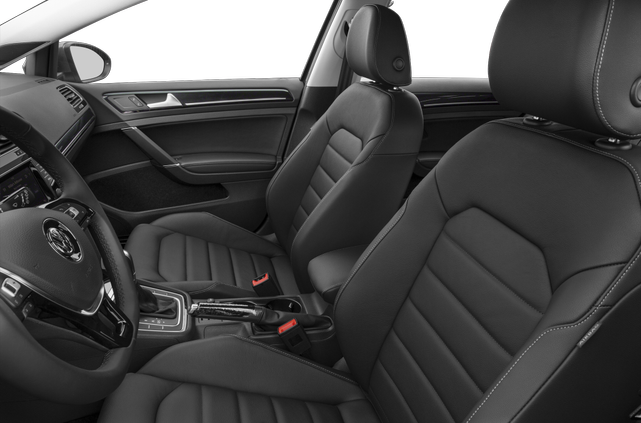 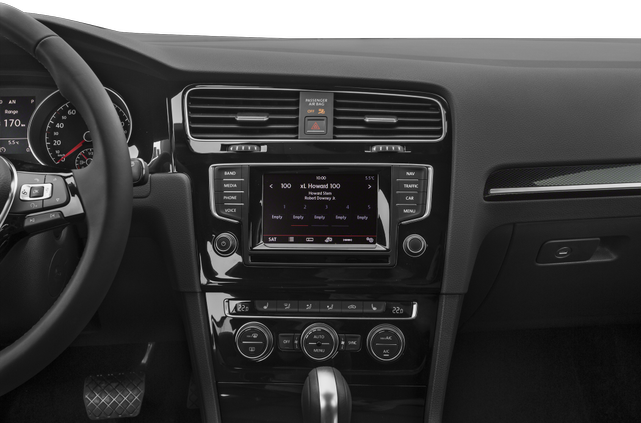 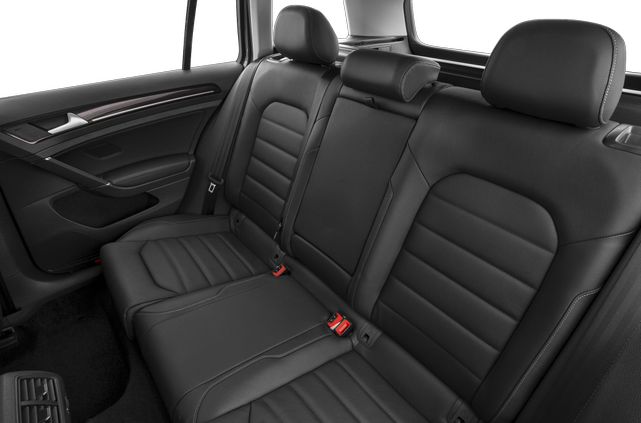 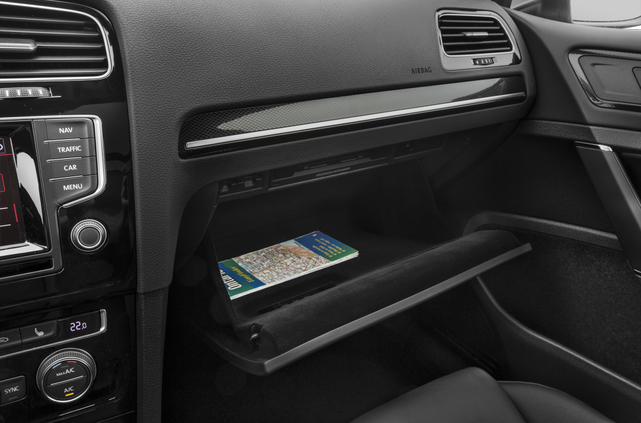 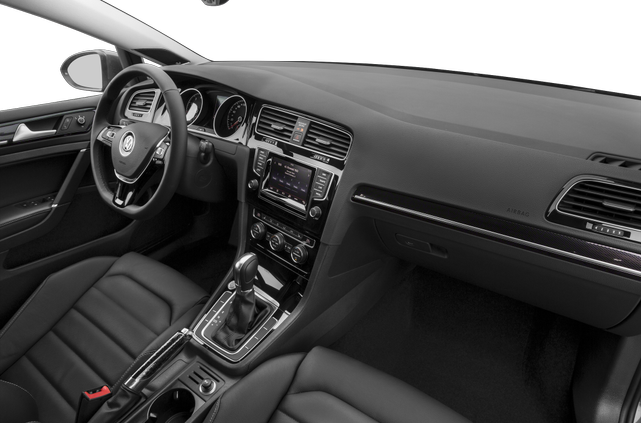 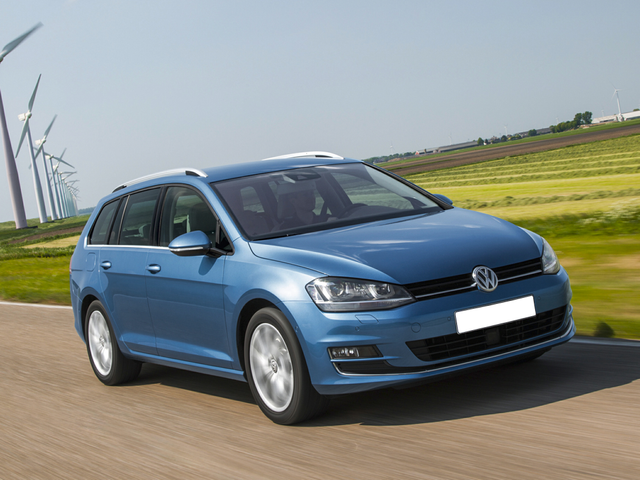 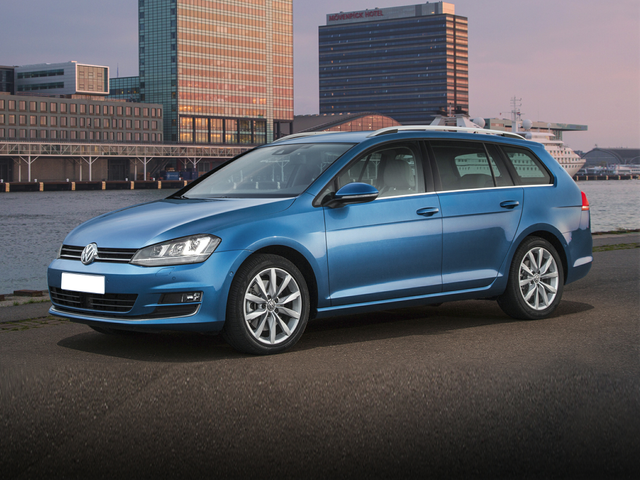 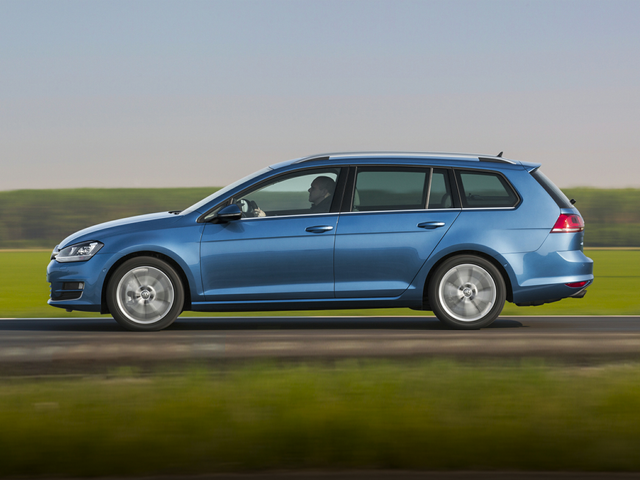 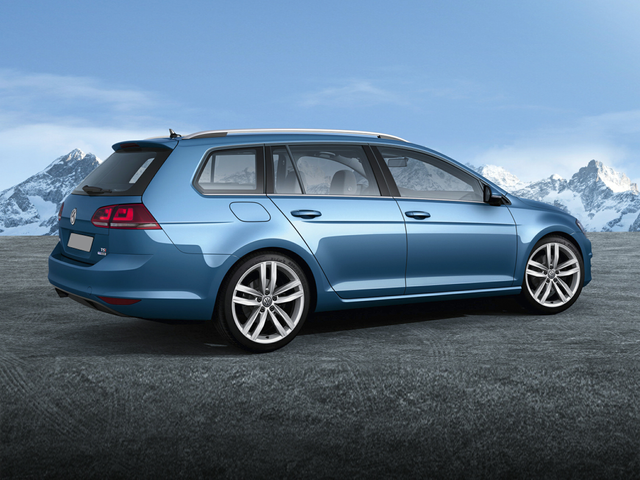 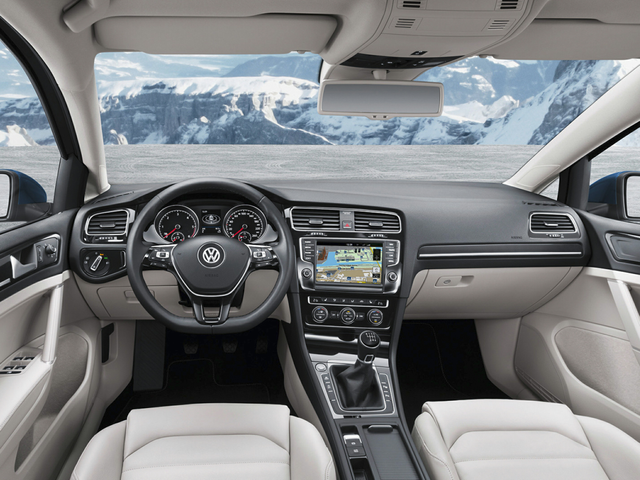 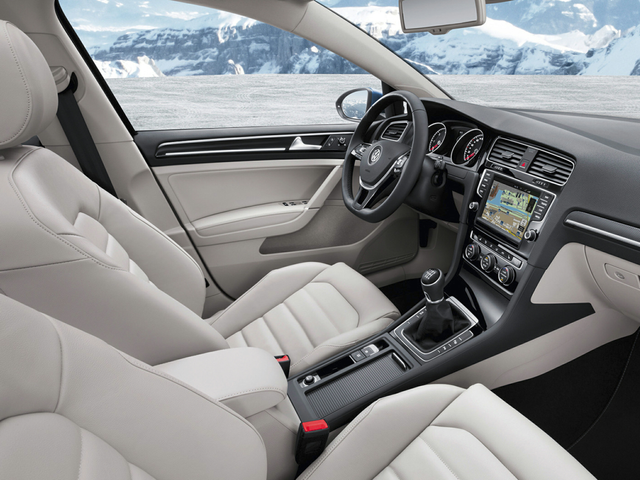 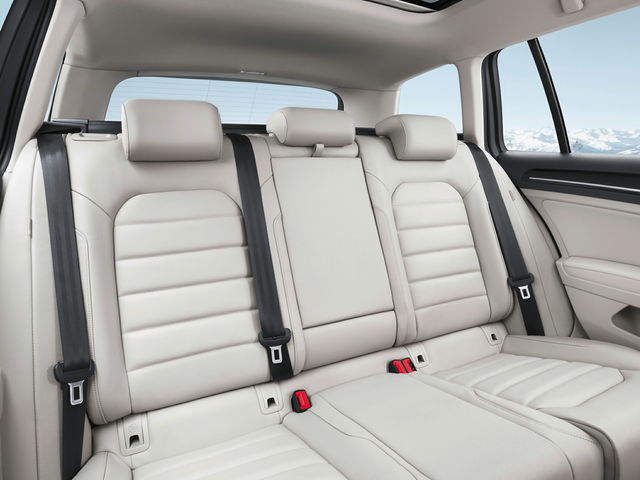