Our 2014 Volkswagen Jetta trim comparison will help you decide.

The 2014 Volkswagen Jetta SE is an amenable car with enough extras to keep you comfortable, but it doesn’t strike much of an emotional chord with me.

A whole segment of the population is not only content disappearing into the background in life, but actually seeks ways of camouflaging themselves through their daily drive as well. The Jetta is the car for them.

VW’s best-selling car, the Jetta comes in 14 styles, including multiple versions of the GLI, SEL, SE, TDI, S and Base. I drove an SE with Connectivity and Sunroof packages. New for this year is a multilink rear suspension, and SE and SEL versions get a new turbocharged, 1.8-liter four-cylinder engine, replacing the earlier non-turbo, 2.5-liter five-cylinder. This engine also teams with a new electric power-steering system. Select trim levels get VW’s Car-Net system, and upper trim levels benefit from a new backup camera this year. The Jetta GLI gets turbocharged a 2.0L engine. Compare this year’s Volkswagen Jetta with last year’s here.

If the Jetta isn’t quite the perfect fit for you, you may also want to research the Honda Civic or — if  you desire slightly more pizazz in your car’s style — the Hyundai Elantra. Check them out side by side here.

Exterior & Styling
The Jetta SE that arrived for me to test-drive looked like just about every other sedan out there, without any true distinguishing characteristics — despite what VW calls a “pronounced ‘tornado’ character line” running down the side of the vehicle.”

The one exception was my test car’s love-it-or-hate-it Toffee Brown Metallic exterior paint color. When I arrived to pick my 11-year-old daughter up from school, she said, “I love how cool the sparkly color of this car is!” The next pickup loop was through the middle school for my 13-year-old daughter, who in typical teen fashion, without greeting me first, exclaimed, “Well, this car’s ugly.”

How It Drives
The 2014 Volkswagen Jetta I drove had a 1.8-liter, turbocharged four-cylinder engine that gets an EPA-estimated 25/36/29 mpg city/highway/combined with a five-speed automatic transmission. This is a little less than both the Hyundai Elantra and the Honda Civic, which get an EPA-estimated 32 and 33 mpg combined, respectively.

While the turbocharged engine could definitely be described as fun, it was hard to accelerate without the turbo kick throwing my head back into the head restraint. That’s great when you want that zippy feeling, but a little annoying when motoring around town or in stop-and-go traffic. Braking and cornering both felt confident and secure.

I was struck by how much wind noise infiltrated the cabin during highway commutes. The Jetta SE would definitely benefit from some additional noise damping.

Interior
In the 2014 SE, I was baffled by a sometimes puzzling mix of modern amenities riding side by side with cost-saving shortcuts. My test car had Bluetooth audio and keyless access with push-button start as part of the Connectivity Package, yet I had to manually operate the headlights. Heated front seats were also included in the car, yet the driver’s seat was manually adjustable forward and back, though with power-adjustable recline. As we say in our household, “Not weird, just different.” OK, maybe it’s weird.

Up front, the cupholders were not very functional. It seems Volkswagen tested them with only a metal or ceramic travel cup; the cupholders’ prongs grip paper coffee cups way too tightly, making it impossible to get your coffee out. I had to wiggle a little this way (without spilling through the drink spout), then wiggle a little back the other way, shimmying my cup out of the holder inch by inch for every … single … sip. Maybe this is VW’s way of forcing me to forgo paper coffee cups in favor of something more environmentally friendly?

Another annoyance for me during my daily drives was that the lowest setting on the heat and air-conditioning system blew way too much air. I had to manage my in-car Beyoncé hair fan by closing and repositioning several of the air vents.

In the back, the kids lounged with an impressive 38.1 inches of backseat legroom. In comparison, the Honda Civic has 36.2 inches and the Hyundai Elantra a scant 33.1 inches. My kids loved how easy the seat belts were to pull out and buckle, and with 53.6 inches of shoulder room in the backseat, all three of my daughters (ages 9, 11 and 13) managed to squeeze in just fine without too much complaining.

A separate lock/unlock button on the back of the center console was very helpful for my family, too, allowing my older kids to easily unlock the car to climb out in the carpool lane.

Ergonomics & Electronics
I appreciated the center control panel’s simple design, with clear, precise, logical placement for all the buttons and dials.

The Bluetooth phone system reconnects easily on its own, and the initial pairing was almost confusing in its simplicity. I kept waiting for the car to give me a pairing code, fussing with it over and over again, before I realized my phone had already paired on its own without the input of a code.

Cargo & Storage
The 15.5 cubic feet of trunk space in the VW Jetta was more than enough for my family. The true litmus test each year is whether or not a car can accommodate the massive tri-fold, foam science-fair presentation, this year on “Canine Colorology: Can Dogs See in Color?” It fit in the Jetta just fine, with room to spare. The Elantra has 14.8 cubic feet and the Civic only 12.5 cubic feet of cargo space.

A 60/40-split folding backseat in the Jetta increases cargo space dramatically and adds to the car’s hauling flexibility. There’s also a pass-through behind the center armrest, plus releases that can fold the seat directly from the cargo area.

Safety
While the Volkswagen Jetta has performed admirably in the past in the Insurance Institute for Highway Safety’s crash tests, the 2014 version gets a rating of good in all tests but one: the Institute’s newest test, a small-overlap frontal crash test, where it was rated marginal (on a scale of good, acceptable, marginal and poor). The Jetta has also been crash-tested by the National Highway Traffic Safety Administration, from which it received an overall rating of five out of five stars. My test vehicle was not equipped with a backup camera, but one is standard on higher trim levels.

All Jettas include VW’s Intelligent Crash Response System. This system will unlock all the doors, turn on the hazard lights and turn off the fuel pump in the event of a crash that deploys an airbag. The Jetta doesn’t offer advanced-safety systems like collision warning, blind spot monitoring or lane departure warning.

Seat belt buckles in the backseat are on stable bases but are flush with the seat-bottom cushion. This might be troublesome, especially for kids in booster seats that haven’t been attached to the vehicle using Latch lower anchors (such as Clek seats); the seats could easily slide over the top of the buckles, impeding buckling. The Latch anchors are fairly shallowly located within the seat bight, in between the stiff, imitation leather surface of the seat bottom and seatback.

Value in Its Class
The Volkswagen Jetta is a proven performer in an increasingly busy pack of value sedans, and most definitely tops the list in terms of interior spaciousness. However, the mismatch of upscale amenities and cost-saving features might confuse more consumers than me, leading them toward more consistently well-equipped body-type choices.

March 20, 2021
By Jetta fan from Wilmington nc
Owns this car

Rating breakdown (out of 5):
9 people out of 9 found this review helpful. Did you?
Show full review
4.7

TDI. Great mileage - 40 mpg at 75 mph. Always starts in the winter. Very solid and dependable vehicle and fun to drive! This is the second TDI Jetta I have owned. A shame they don't make them anymore!

This car has met all my needs and I learned to drive manual with it, it has a sporty feel when behind the wheel and is very responsive.

Rating breakdown (out of 5):
4 people out of 4 found this review helpful. Did you?
Show full review
See all 193 consumer reviews 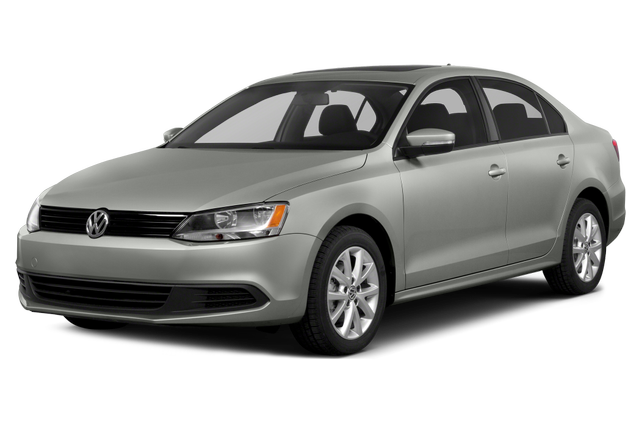 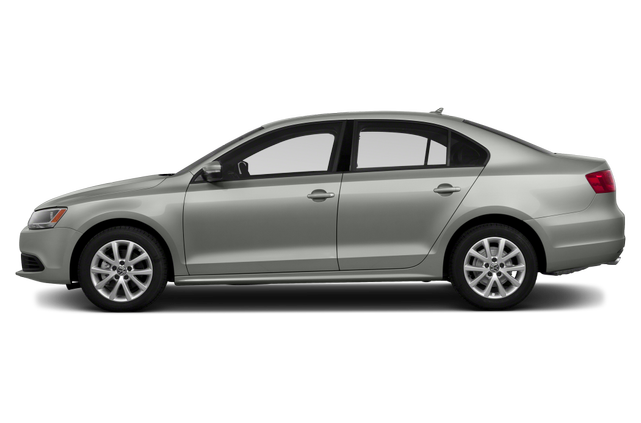 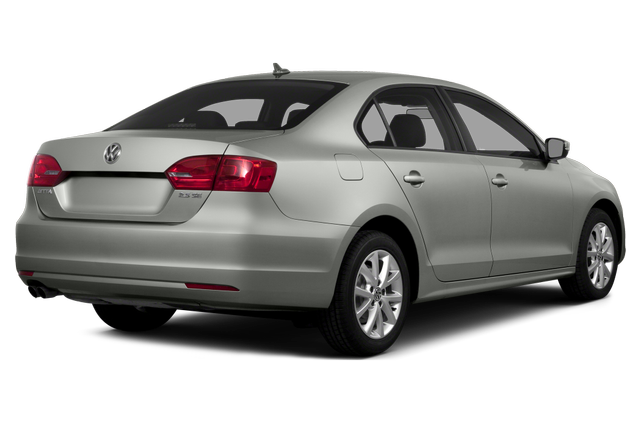 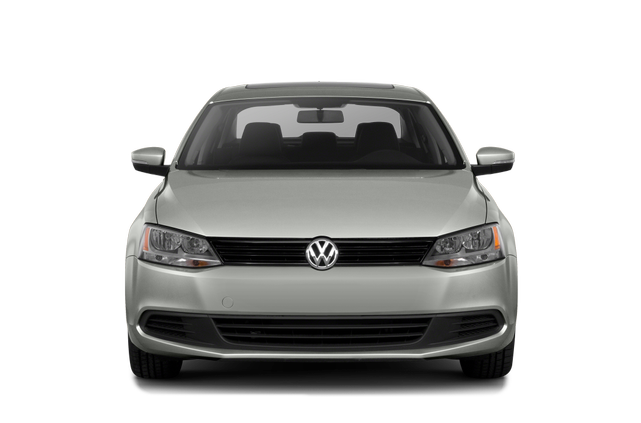 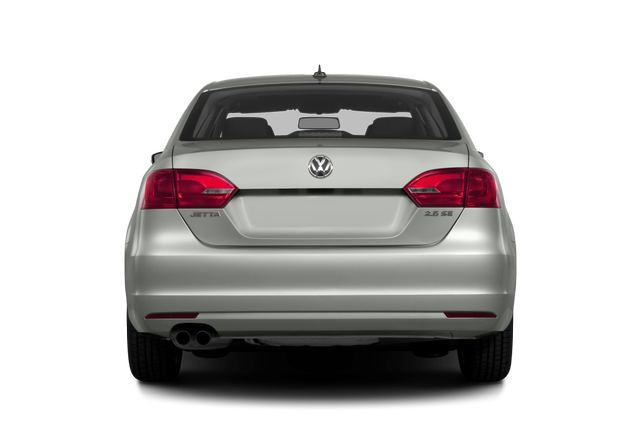 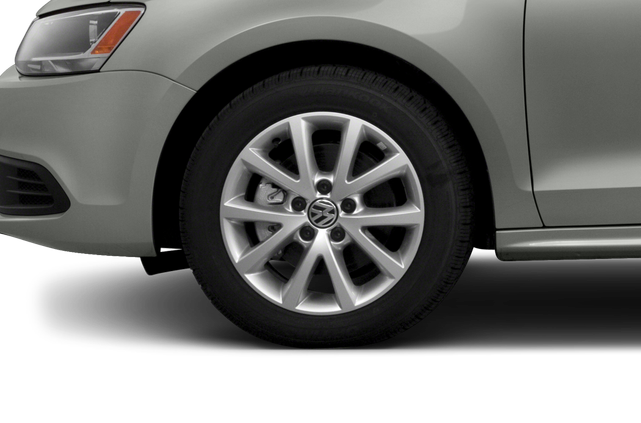 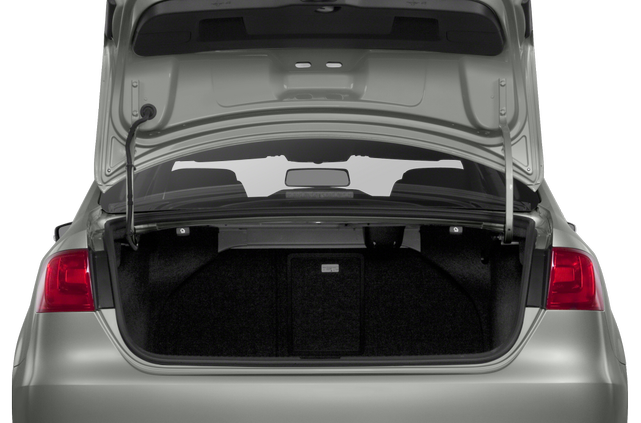 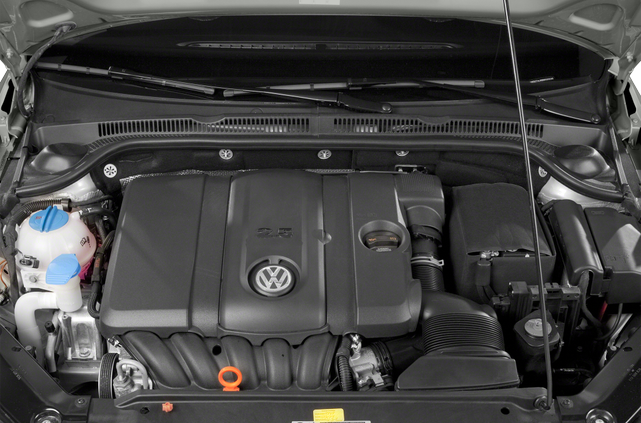 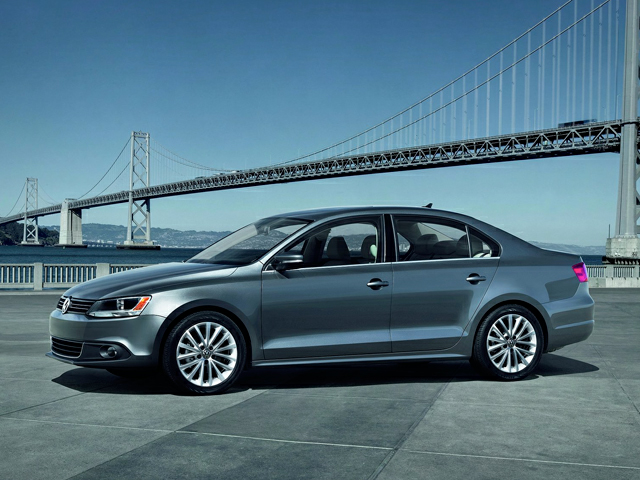 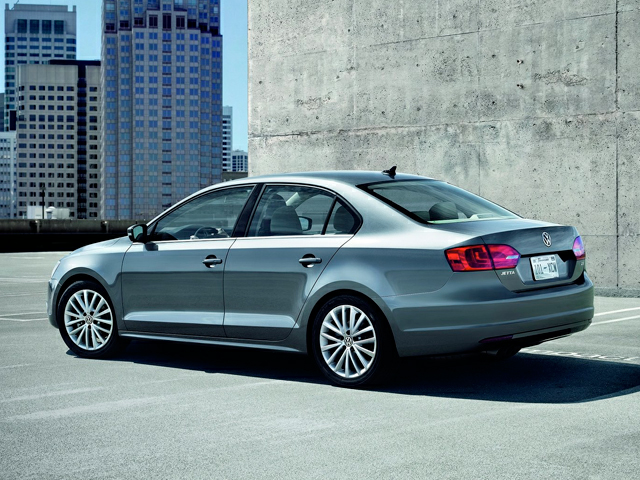 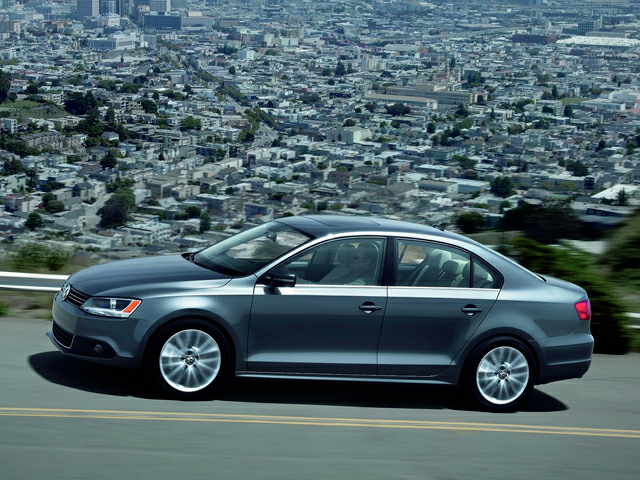 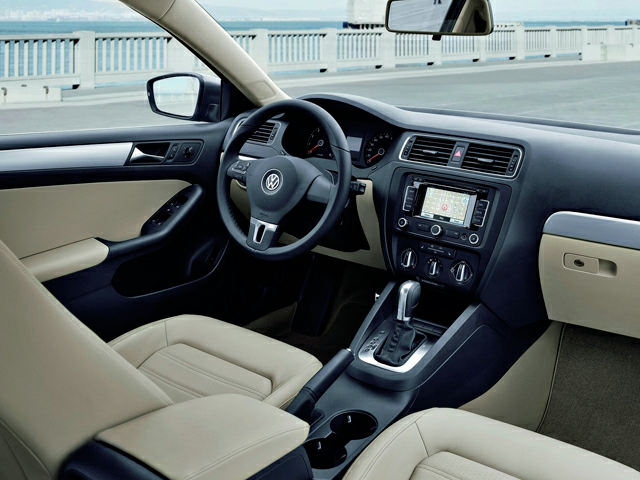 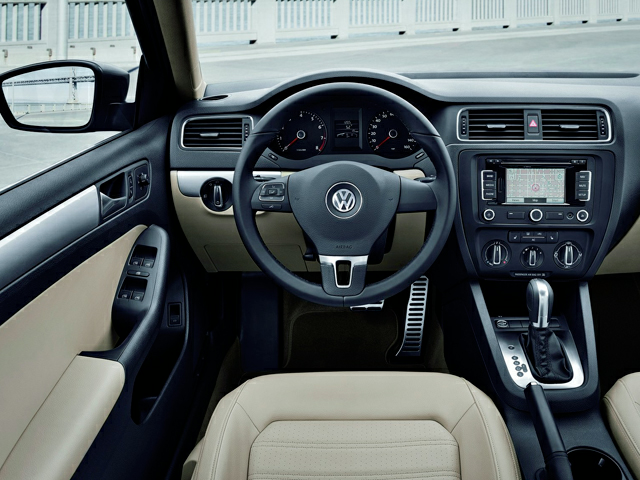 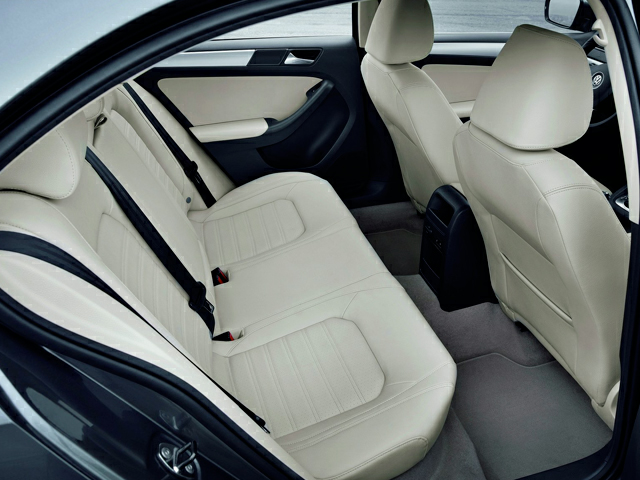 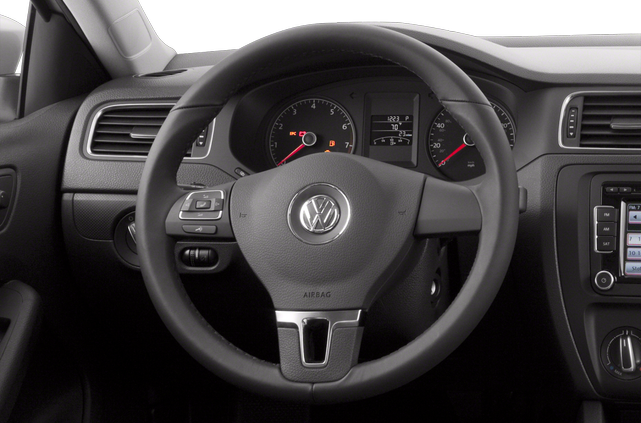 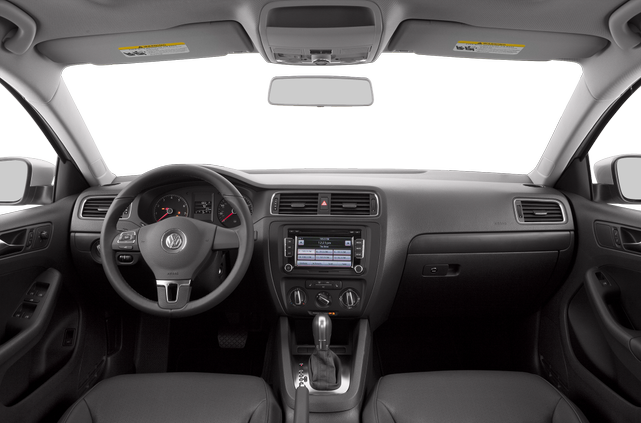 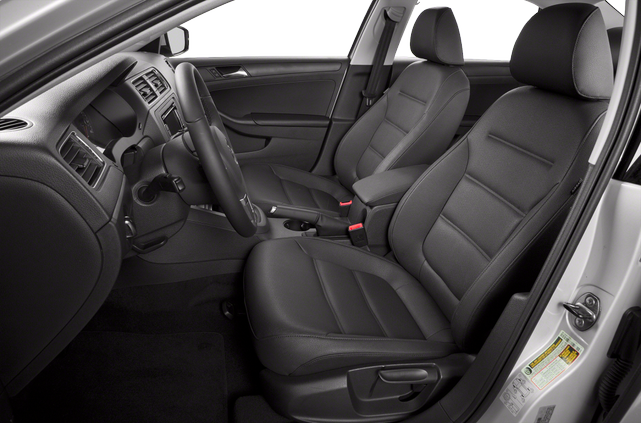 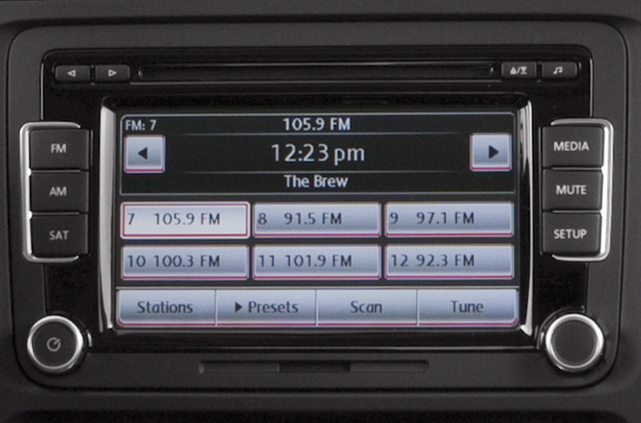 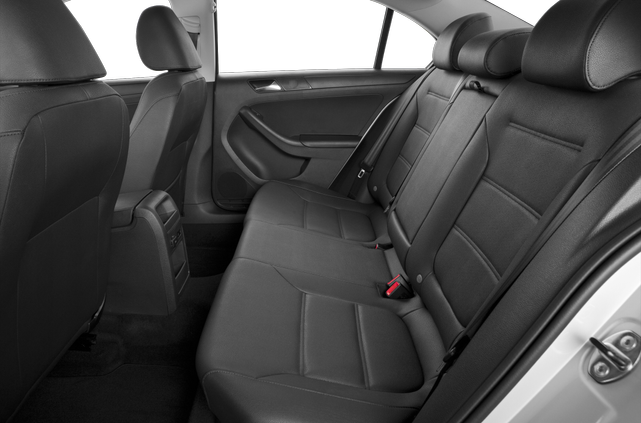 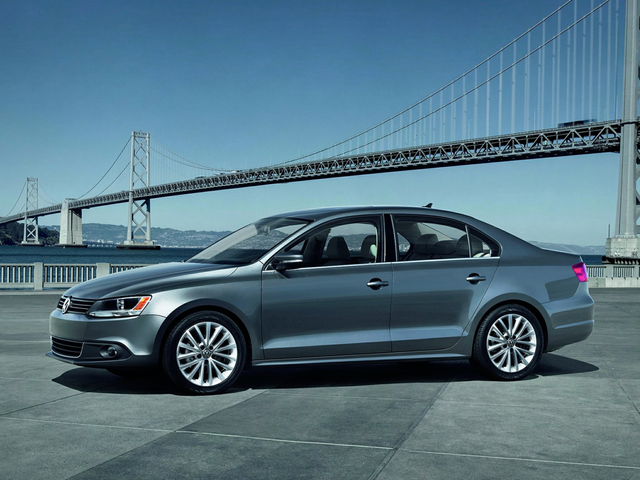 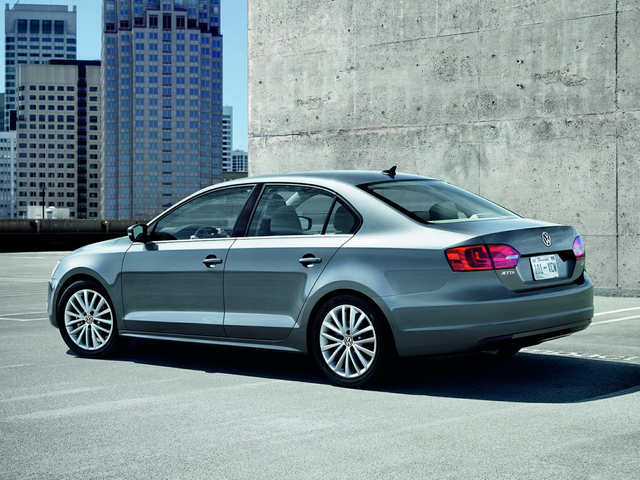 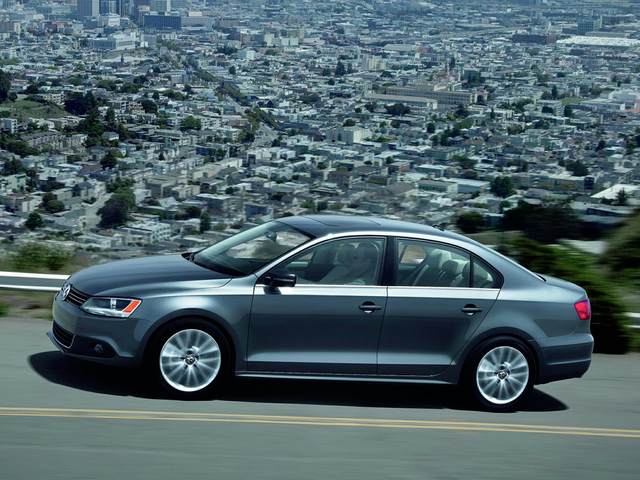 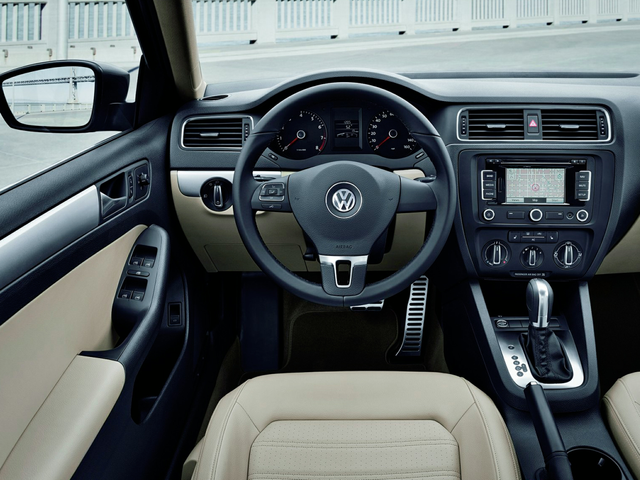 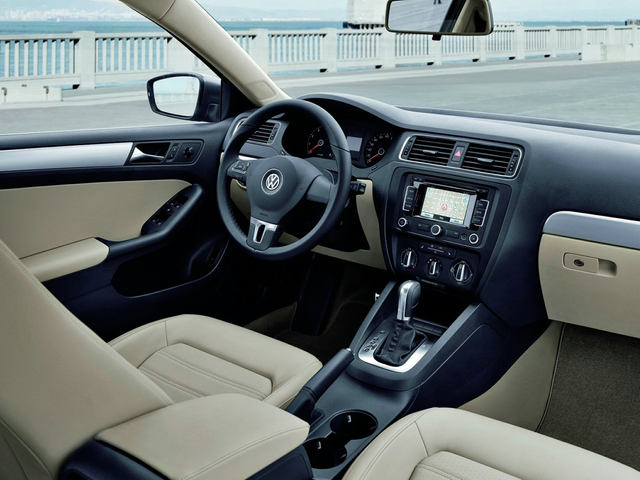 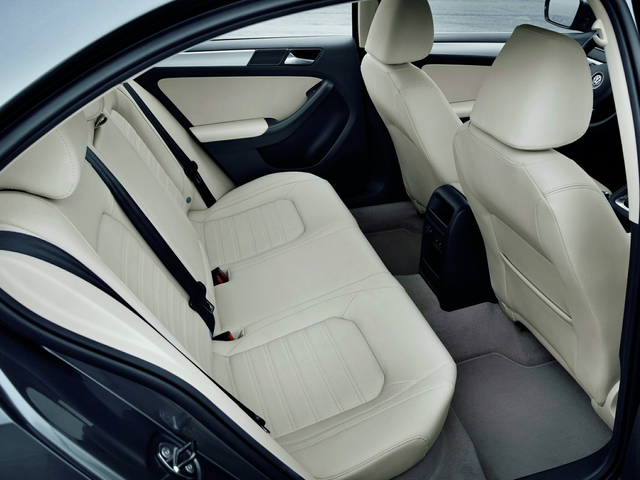