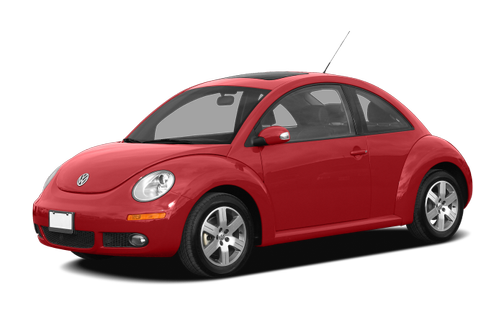 Our 2010 Volkswagen New Beetle trim comparison will help you decide.

Editor’s note: This review was written in July 2009 about the 2009 Volkswagen New Beetle. Little of substance has changed with this year’s model. To see what’s new for 2010, click here, or check out a side-by-side comparison of the two model years.

Volkswagen’s New Beetle is a classic love-it-or-hate-it car. Even though the model has been on the road virtually unchanged for 12 years, people still have strong opinions about the retro-styled Bug. During my week driving a convertible Beetle, some called it “cute” and others laughed and pointed because a dash-mounted flower holder still comes standard. The Beetle hasn’t aged gracefully in its 12-year lifetime, which shows mostly on the inside. In its time on the road, compelling alternatives have appeared, including the Mini Cooper convertible and Volkswagen’s own Eos retractable-hardtop convertible.

Most small convertibles are sports cars, often with two seats, but the Beetle is a compact ragtop that isn’t sporty. Compared with the 2009 Mazda MX-5 Miata and 2009 Cooper convertible, this four-seater rides smoothly — the compact equivalent of your grandparents’ Ford Crown Victoria.

Those who find the styling charming and reminiscent of the original Beetle may not be turned off by the Beetle’s shortcomings. I, on the other hand, didn’t find the driving experience satisfying or interior contemporary enough to justify the price tag on this drop-top.

Interior & Cargo
Sitting in the Beetle for the first time is an awkward experience because the windshield is so far forward it makes the Beetle feel like a space pod. The bulbous shape and odd proportions also give the inside an open-air feeling that any claustrophobe could call home.

The Beetle shows its gray hairs on the inside, where the plastic dashboard and cheap-feeling dials and knobs are far from the quality of Volkswagen’s modern offerings. New models like the Jetta, Tiguan and Eos have a premium feel compared with their competition, which isn’t reflected in the Beetle.

The Beetle’s trunk space is average for its size, but it has a tiny opening — though not quite as restricted as the Miata’s. We were able to fit two suitcases in the Beetle’s trunk, which would be perfect for a weekend getaway for two. Despite the Miata’s similar cargo volume, we couldn’t fit the same luggage in its trunk.

Top Down
Engaging the fun-in-the-sun mode is easy with the standard power-retractable soft-top. There’s only one release latch in the middle of the top, and then a push of a button drops the top. But here’s where we run into an issue with the Beetle’s … convertibleness: The soft-top doesn’t fold into the trunk. Instead, it folds onto the rear deck, where it obstructs the driver’s visibility. If you take one for a test drive, put the top down to see if the blind spot is a deal-breaker for you. Making things worse is an optional wind screen that fits over the rear seats and blocks even more of the view. The top doesn’t take up any trunk space because it rests on the outside, but it’s unsightly loafing there on the rear deck. A $300 cover for the top puts a bandage on the situation, but it’s not perfect.

Top Up
Unlike most convertibles, the Beetle retains the same classic profile as its hardtop version — look at the 2010 Ford Mustang convertible and you won’t see the coupe’s classic fastback lines.

Driving with the top up is enjoyable thanks to the very high-quality cloth top. It resists a considerable amount of wind and road noise, and it’s a much more premium-feeling material than anything else in the Beetle.

Pricing & Features
Starting at $25,990, the convertible comes in one well-equipped trim level and a slightly more expensive Blush Edition. Standard equipment on the Beetle includes an automatic transmission, imitation leather upholstery, front-seat heaters, power windows and locks, and a 10-speaker stereo with satellite radio and an MP3 jack. On chilly evenings — bordering on top-up weather — the heated seats make driving with the top down completely doable.

For an extra $1,000, the Blush Edition adds a unique exterior color, a red-colored top and real leather seats instead of the regular leatherette.

You won’t find a navigation system or optional engines or transmissions here. One of the only options on the Beetle are 17-inch wheels. The standard set is $450, but our tester was equipped with the sport set for $1,350. If you must have a navigation system or sportier performance, you’ll have to look elsewhere. A convertible like the Cooper starts at $23,900 with a manual transmission and offers a turbocharged S variant for $26,800. The Cooper also has multiple optional features for maximum customization. The Eos also offers more options, including navigation, but it starts at $31,615.

Acceleration & Handling
The Beetle exhibited a fair amount of body roll in corners, and the steering is light, sacrificing road feel for driving ease. There’s only one engine and transmission combo in the convertible: a 150-horsepower, 2.5-liter five-cylinder mated to a six-speed automatic transmission. The engine works well in the Beetle, and it never felt short on power; Volkswagen says 60 mph comes up in 9.1 seconds. The engine is loud, though, and not a good kind of loud; it sounds thrashy and unrefined.

EPA gas mileage estimates are unimpressive for a compact car, at 20/28 mpg city/highway. The Cooper convertible with an automatic transmission is rated at a much higher 25/34 mpg. The manual Mini’s mileage blows the Beetle away, at 28/36 mpg. Because the Beetle isn’t a powerful sports car, that gas mileage can’t be easily justified.

Safety
The Beetle convertible hasn’t been tested by our preferred crash-test organization, the Insurance Institute for Highway Safety, and the hardtop Beetle’s crash tests don’t apply to the ragtop. (Structural differences make convertibles perform differently in a crash, but because they typically aren’t high-volume models, few droptops are tested.) Standard safety equipment includes an electronic stability system, antilock brakes, and frontal and side-impact airbags. For a complete list of the Beetle’s safety features, click here.

Beetle in the Market
The New Beetle is still unmistakable even more than a decade after it was introduced. Unfortunately, it doesn’t offer a whole lot besides its uniqueness. Gas mileage isn’t that great, the interior lacks the premium feel of other Volkswagens, and as a whole it’s a little rough around the edges.

For similar money, a Mini Cooper convertible has a nicer interior and modern options, plus great gas mileage. In today’s competitive market, even the 2010 Ford Mustang has an impressive interior nowadays; the V-6 Mustang convertible starts at $25,995 for a manual car. If you plunk down a little more, you can get Volkswagen’s Eos with a retractable hardtop — a perfect example of a year-round modern convertible. It’s even been crash-tested, and it performed very well.

A fun little convertible that makes driving a joy.

January 9, 2020
By MorbiusX33 from Middlebury
Test drove this car

I was very impressed with the state-of-the-art of this car especially for 2010. Since I am a CD user, it's nice to find a vehicle with a superb CD player (VW's Monsoon audio system). The vehicle handles nimbly and the head room is excellent. Driver and passengers enjoy panoramic views out the Beetle's big windows. I think if you've never driven a New Beetle, you'll be an instant convert after a test drive. I like buying used to save the high costs of a new vehicle

A fun little convertible that makes driving a joy.

January 9, 2020
By MorbiusX33 from Middlebury
Owns this car

This used vehicle meets a lot of my objectives: price, mileage, reliability, fun factor. The color is candy apple red (salsa red) and it sure is a head turner. I really enjoy it.

Most fun I’ve ever had with a car!

So many people have come up to me to tell me how cute this car is. Everyone has their own, “ When I had my Beetle” story, and they’re all great memories. The car is a real head turner and the front seats have terrific leg room. People are amazed at how much fits in the trunk. My going to hate it when I eventually have to put her down.

Rating breakdown (out of 5):
4 people out of 4 found this review helpful. Did you?
Show full review
See all 20 consumer reviews 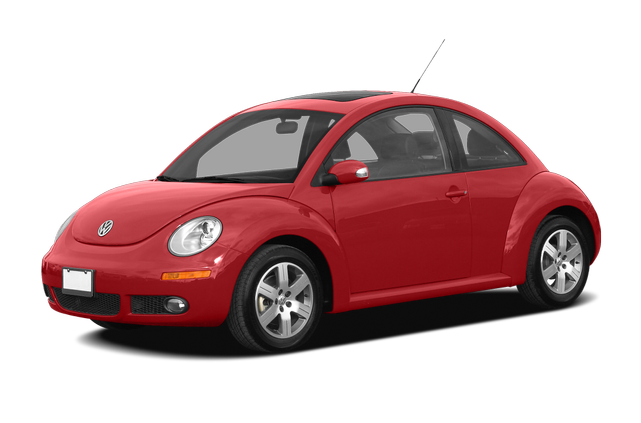 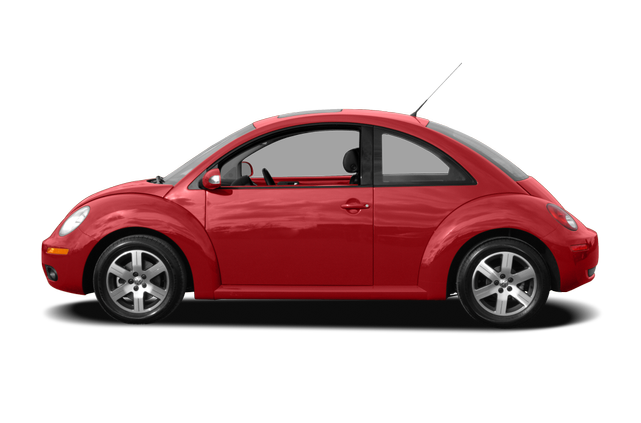 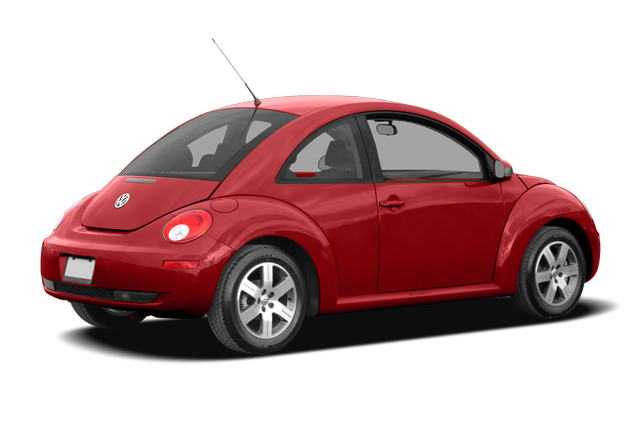 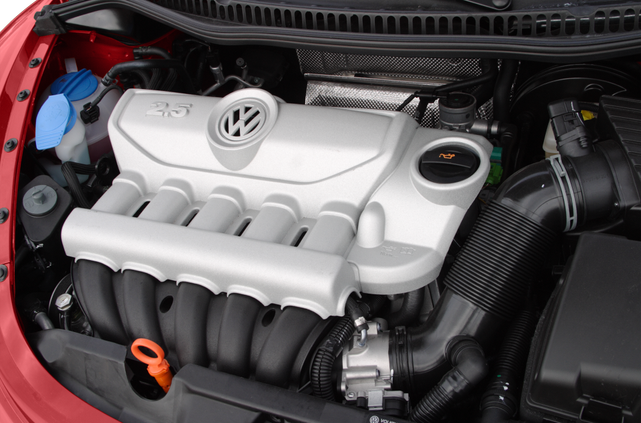 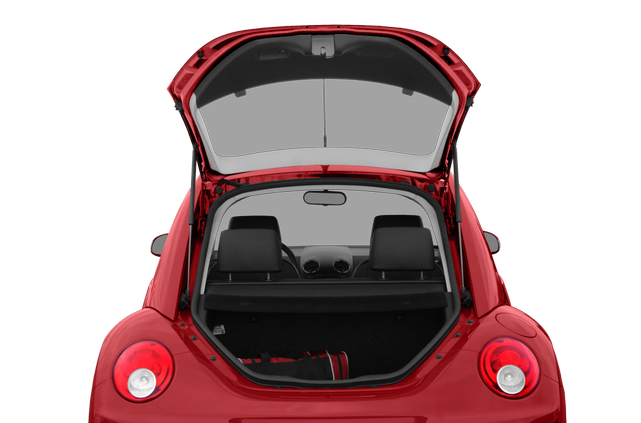 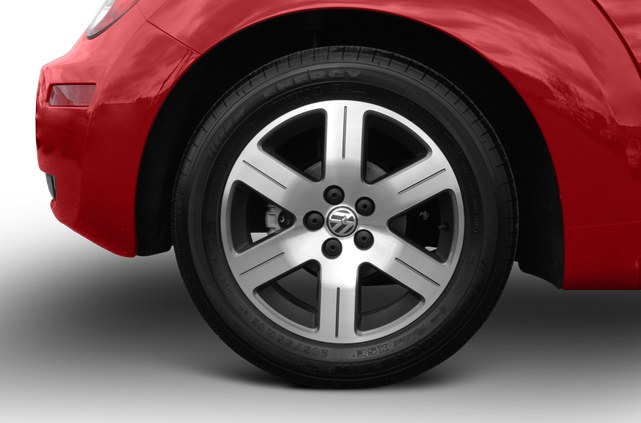 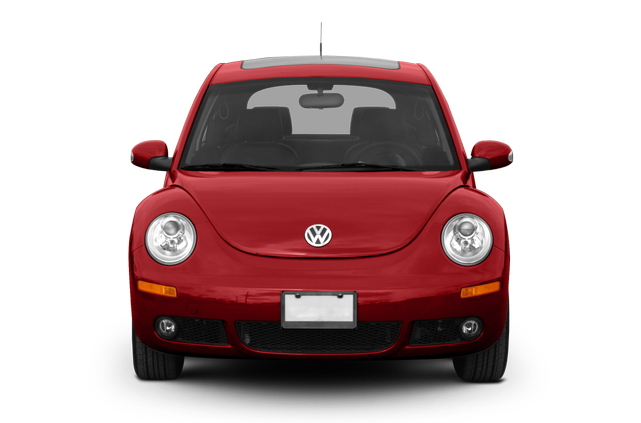 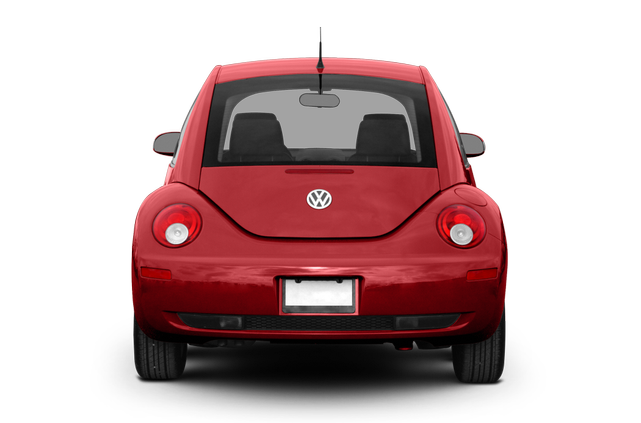 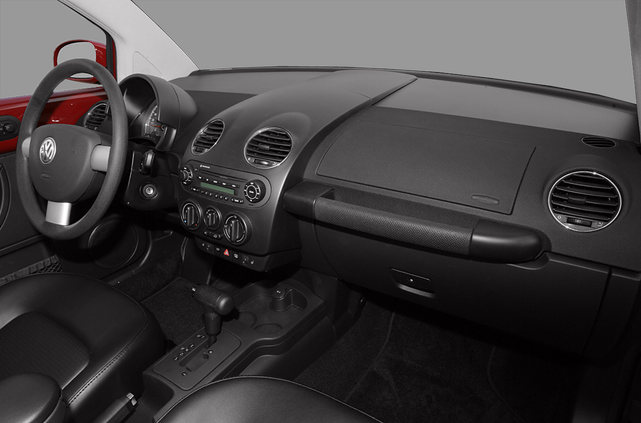 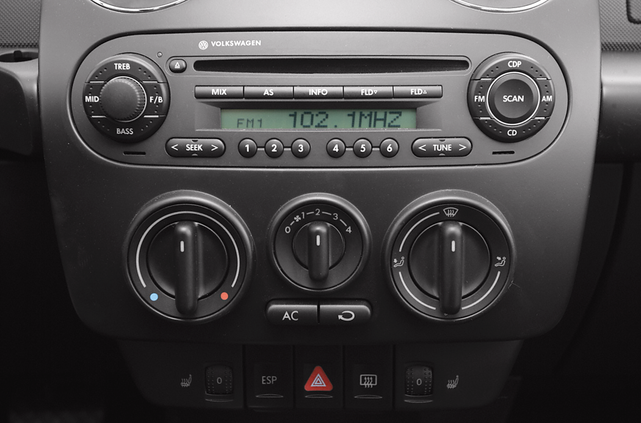 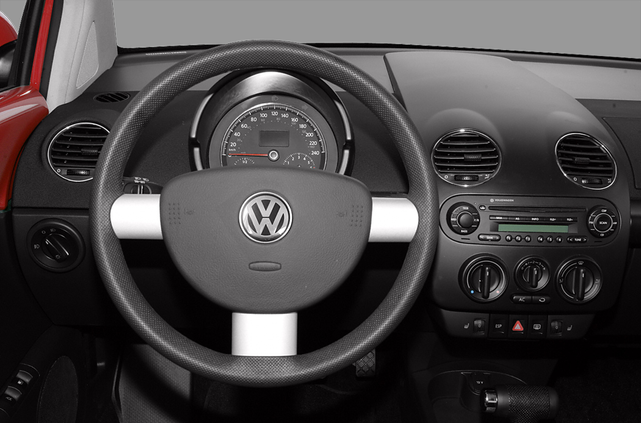 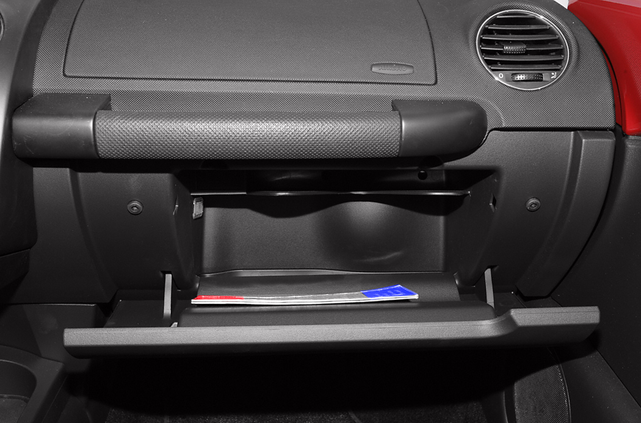 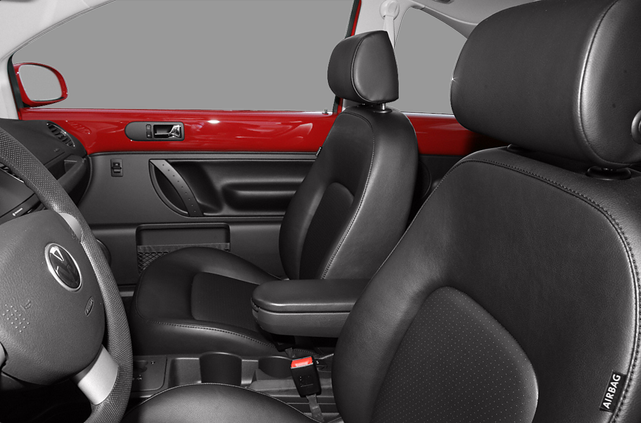 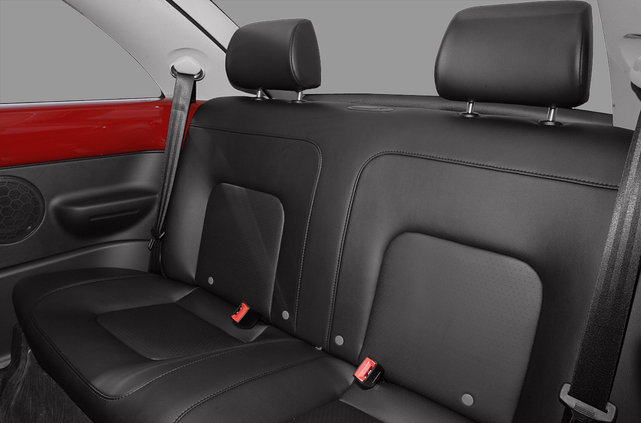 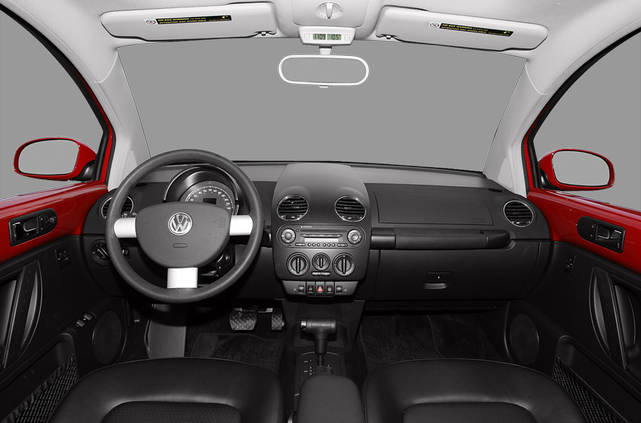 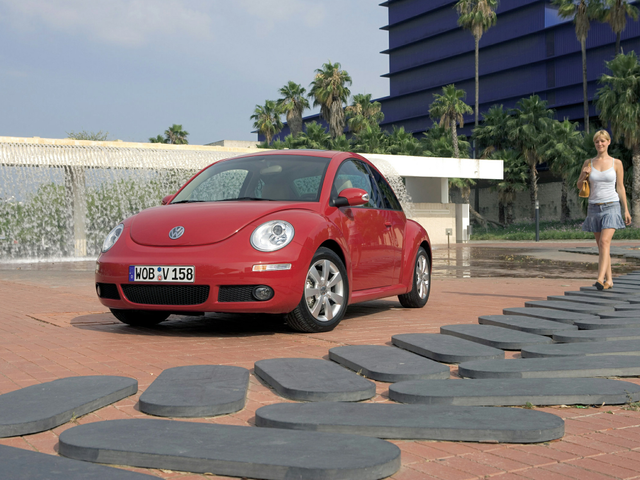 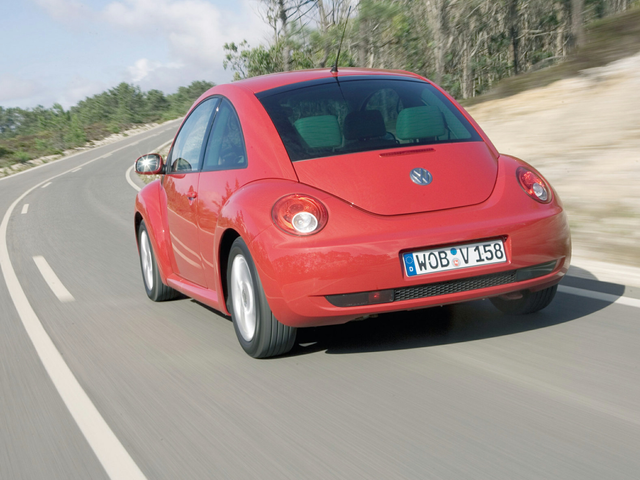 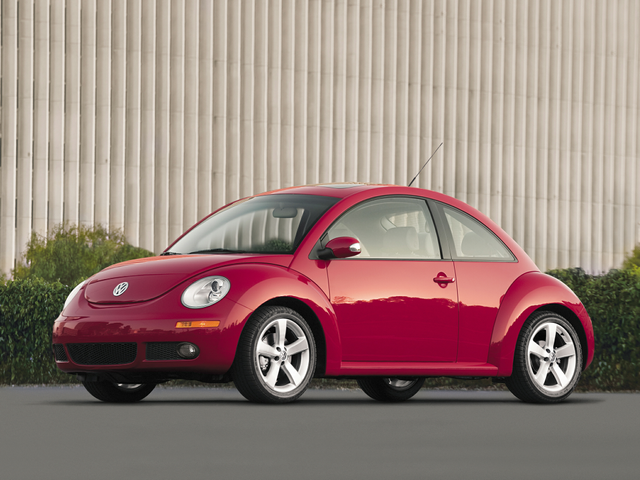 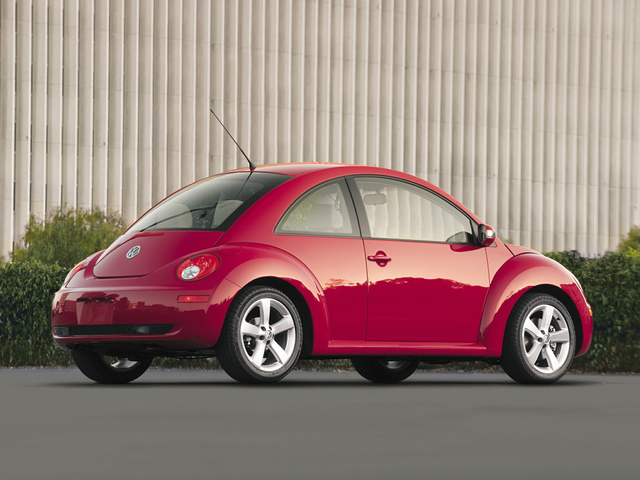 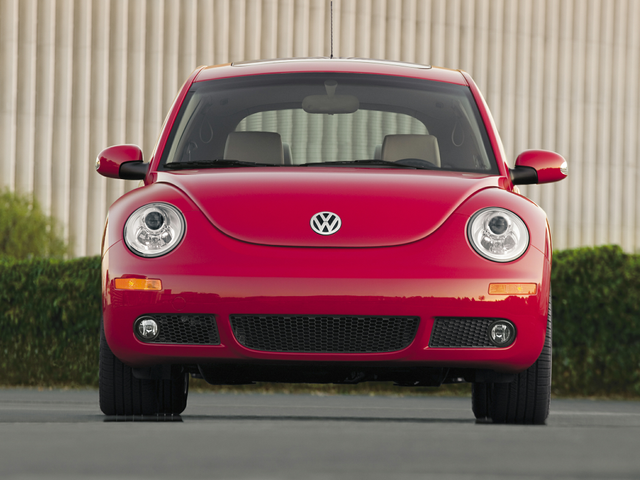 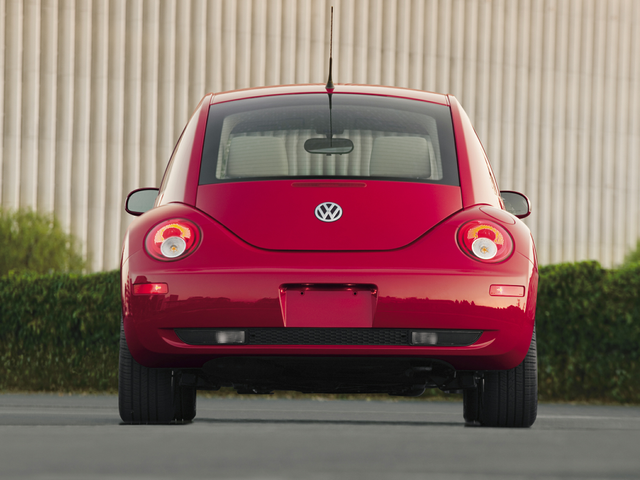 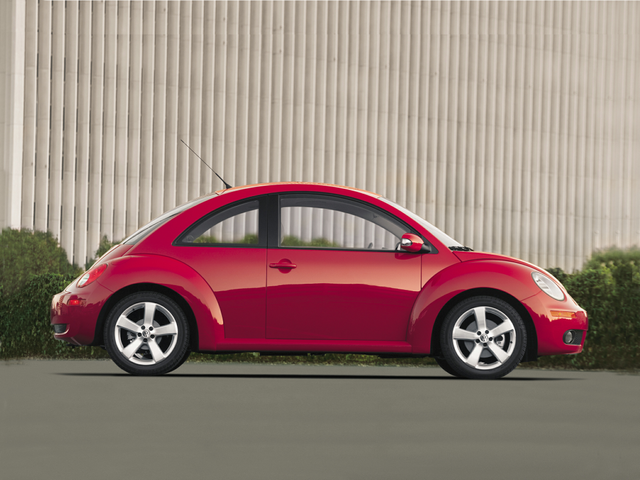 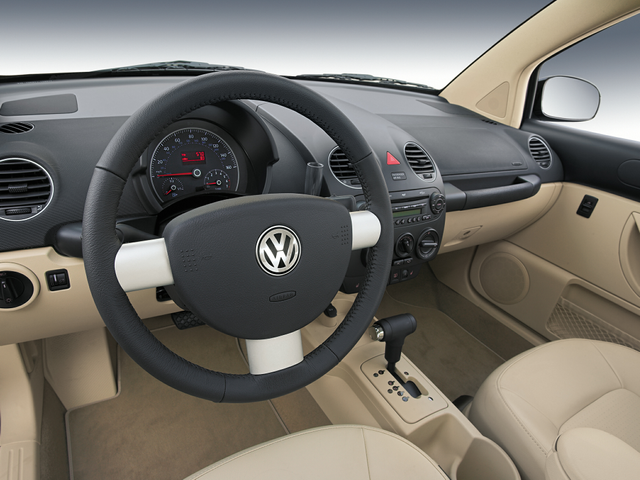