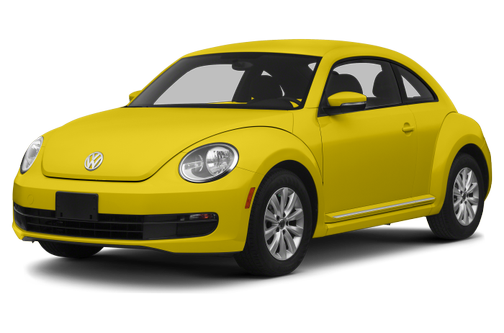 Our 2012 Volkswagen Beetle trim comparison will help you decide.

As a child, one of my favorite car games was Herby Derby Slug Bug. Not to toot my own horn, but I was awesome at spotting Beetles from afar. I got a thrill out of turning the tables and slugging my two brothers, who otherwise always ganged up on me. (Ugh, boys!)

The completely redesigned, four-seat 2012 VW Beetle is just as eye-catching as the original we all grew up seeking for Slug Bug, but with a slightly more modern, grown-up edge to it.

Like the Beetle’s base trim level, which starts at $18,995, the Beetle 2.5L I drove had a 170-horsepower, 2.5-liter inline-five-cylinder engine. It can also be had with a turbocharged 2.0-liter four-cylinder engine that requires premium gas. At just over $25,000 as equipped, my test car wasn’t cheap, but it came stocked with plenty of features. A huge optional panoramic moonroof completely opens up the Beetle’s interior, while standard keyless access and push-button start opens up (and starts) the car without the hassle of digging through your purse to find keys. Front-wheel drive, optional heated front seats and heated windshield-washer nozzles convert this fun-in-the-sun Beetle into a lean, mean, Rocky Mountain snow machine.

Driving the Beetle is pure, unadulterated fun. It’s smooth and zippy, but it feels a little cheaper than its sticker price. You’ll notice this mainly in the tinny feel of the doors and the poorly filtered road noise. Wind noise, at least, is kept to a minimum. Braking in the Beetle is quick and responsive, without crossing that nasty line into being harsh or grabby.

EXTERIOR
Over the years, the VW Beetle has earned a reputation of being a “chick” car. (Maybe an abundance of teenage girls driving pastel-colored Beetles with daisy-shaped parking lights has contributed to this.) The Beetle I drove, however — in Tornado Red with Titan Black imitation leather interior — attracted ogling men of all ages during my test drive. Maybe it was the way the exterior color is so thoughtfully carried throughout the interior, with matching dash and door panels that caught their eye? Maybe it was the striking carbon fiber pattern in the imitation leather?

The admiration came from across the board: Young 20-somethings gawked over the Beetle parked in a Starbucks parking lot, and a 60-ish family man stopped me while walking into a restaurant to tell me he was “lusting after” my Beetle.

Volkswagen seems to have done its job; the Beetle’s post-pubescent design was intended to attract a larger audience. (See it compared with the previous generation, last sold as the 2010 New Beetle.)

The more mature look includes a slimming out of the Beetle’s baby-fat bubble butt, as if it’s just completed an entire P90X session. It looks like a cougar-esque hippie Beetle had a love child with a strapping young Porsche — very Demi and Ashton (the early years). In my opinion, it works. As with the youth of today, the new Beetle is much more gender-neutral (Martha Stewart is so out, while Mr. Kate is totally tomorrow).

As much as I enjoyed the new Beetle, though, my husband absolutely hated it. He said it was like driving around inside a giant estrogen molecule the whole week. With all the whining and complaining he did about it, I’m starting to think there’s something to his theory.

FAMILY-FRIENDLY FEATURES
The Beetle isn’t intended to be a family car. After all, it seats only four. What it would be great for, though, is as a second car that Mom or Dad could zip around in for quick errands, or that Timmy Teen could borrow (if his grades were good enough) to get to Saturday morning football practice while Mom and Dad “sleep” in.

The backseat was a bit snug for my two little ones, ages 9 and 11, but heck, they’re nimble enough to bend on in. Open the liftgate by pressing in the giant VW emblem, and the cargo space is impressive; it had plenty of room for my kiddos’ backpacks, plus several grocery bags.

Storage spaces inside the cabin are minimal, to say the least. The center console has only enough room for a snack bar or two, while normal door pockets were passed up in favor of a large elastic band that can sort of hold a water bottle. I’m sure the elastic would stretch out and sag over time, just like my favorite leggings. Not a good look. The backseat passengers had access to tiny storage bins in the side panels, but they were barely large enough to fit a plastic smoothie bottle. My daughters also had to fight over a single cupholder at the base of the center console.

For the driver, the Beetle’s two cupholders are really more like one, as well, as one of the two is edged about halfway under the center armrest, making it impossible to get a drink in or out without first tipping the cup far enough sideways to spill the contents. You can also hinge the armrest upward and out of the way to gain better access to the second cupholder.

Passengers in the two rear seats are at the mercy of the driver or front passenger when it comes to getting out of the vehicle. My kids had to fold the front passenger seat forward, then impossibly reach over/around it, stretching to reach the release lever toward the front edge of the door — then have enough strength to hold that lever open with one hand and swing (from the back side) the whole weight of the door open. Yeah, carpool lane sucked the week of my test drive. However, this could be a great feature for teen drivers, deterring them from carrying backseat passengers.

Two sets of Latch anchors in the backseat of the Beetle were open, visible and very easy to access. Rather than fight to get high-back booster seats through the doors, around the folded seats and into place, I chose to install two backless Clek Olli booster seats for my daughters via those lower Latch anchors, with no trouble whatsoever. The seat belt buckles are on stable bases, making it very easy for my kids to buckle in on their own.

I wouldn’t want to try to install a rear-facing child-safety seat (due to the lack of legroom), or even a forward-facing convertible seat in the Beetle, as I’d have to duck under the roof and around the folded front seats to buckle baby in.

Just recieved it have not much time to drive much. So far it is going good. I like the interior of it. Rating reflects not being owner of the car long.

I love this 🚘 it’s sneaky fast and fun to drive

So far so good.I just bought it only had it for a week and it’s been just amazing and and all so fun with good gas mileage and performance 🎭.A great combination

I’ve always been a big Volkswagen fan, but this car has really disappointed me. I may have just gotten the bad one of the bunch, but I’ve had nothing but problems! I purchased it with 116k miles and within 5,000 miles the turbo needed to be replaced. I’ve had issues with the rear calipers locking up, all 4 ignition coil packs needed to be replaced and the check engine light is on just about every other week. When the temperature dropped outside, an electrical issue suddenly started that causes the speakers to ‘thump’ repeatedly unless the power to the stereo is turned off. This over time has caused both front door speakers to become blown, which is frustrating as well! I can’t give a bad review overall because I’m sure other Beetles are great, but this definitely was not the vehicle for me.

Rating breakdown (out of 5):
3 people out of 3 found this review helpful. Did you?
Show full review
See all 108 consumer reviews

August 27, 2020
News
Volkswagen Airbag Recall Unlikely to Be Takata Crisis All Over Again 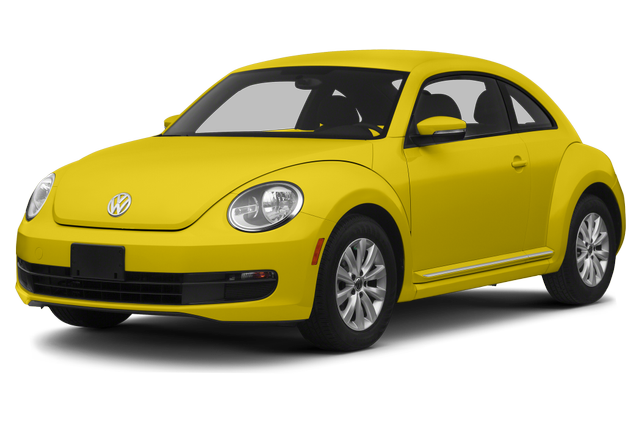 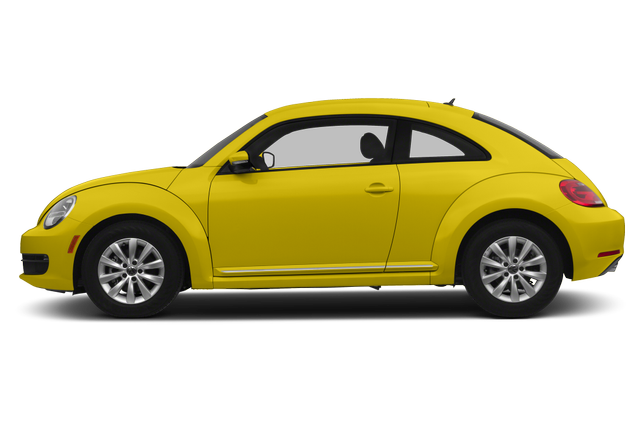 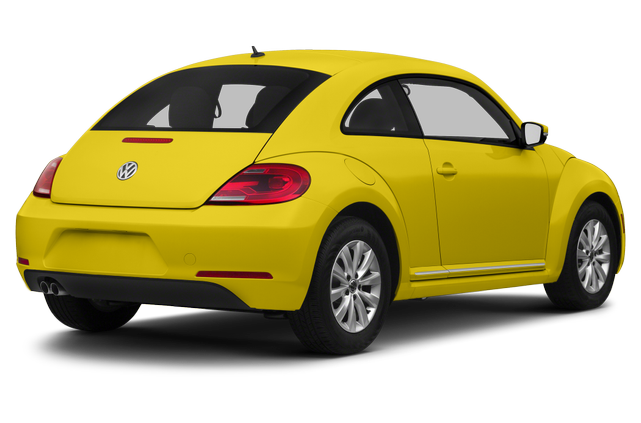 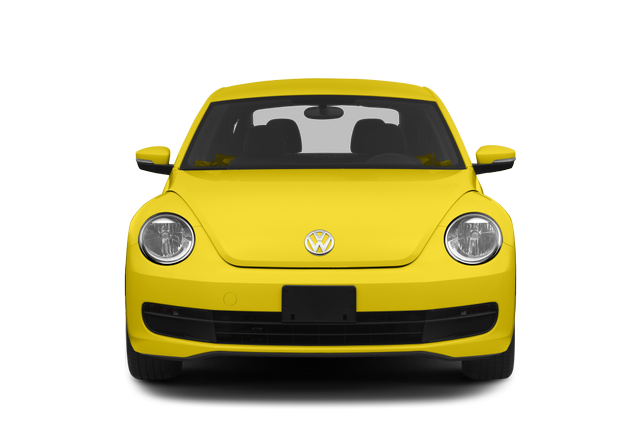 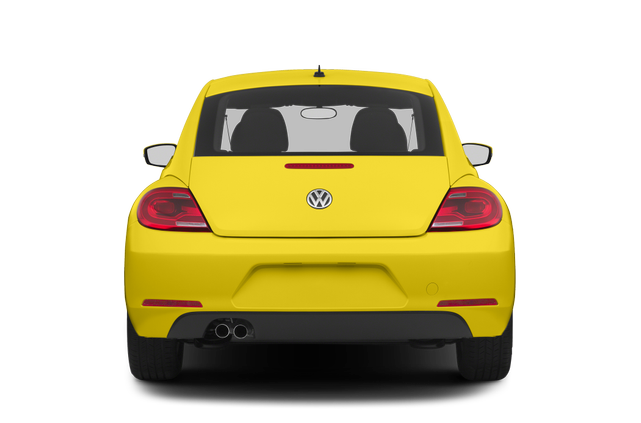 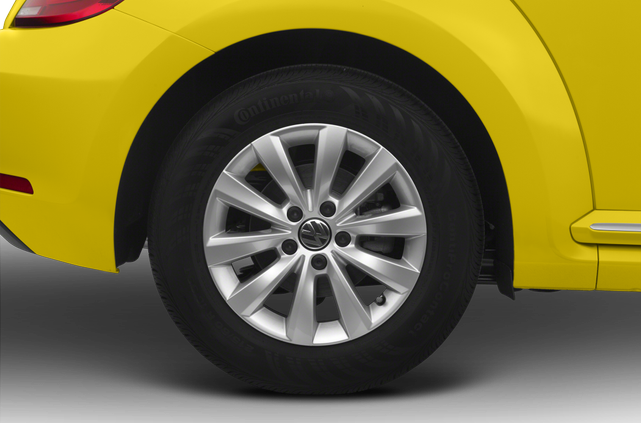 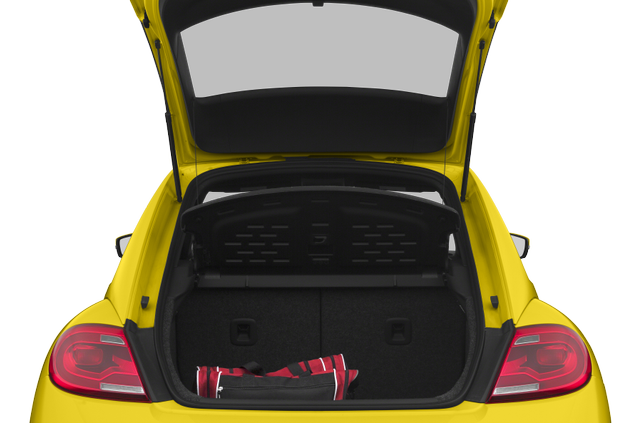 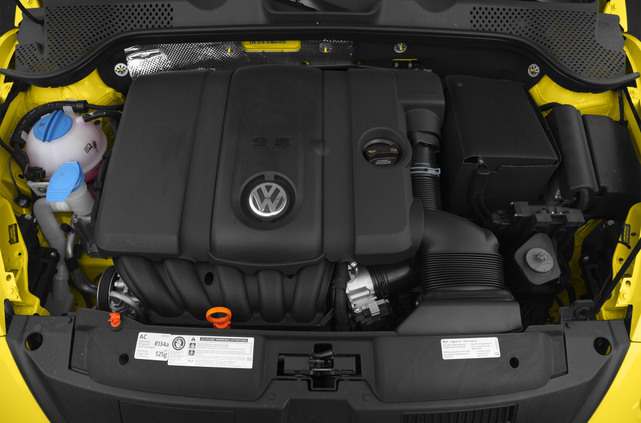 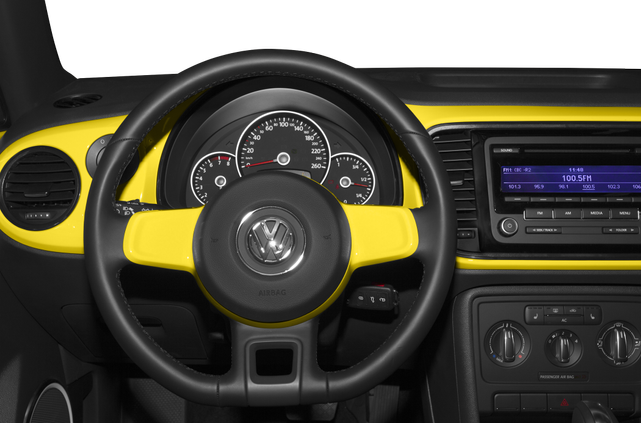 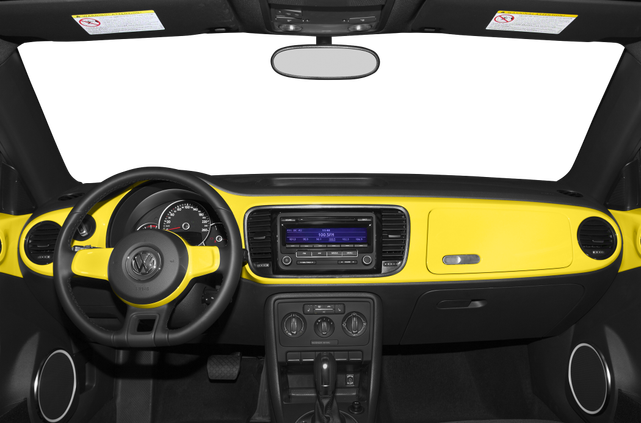 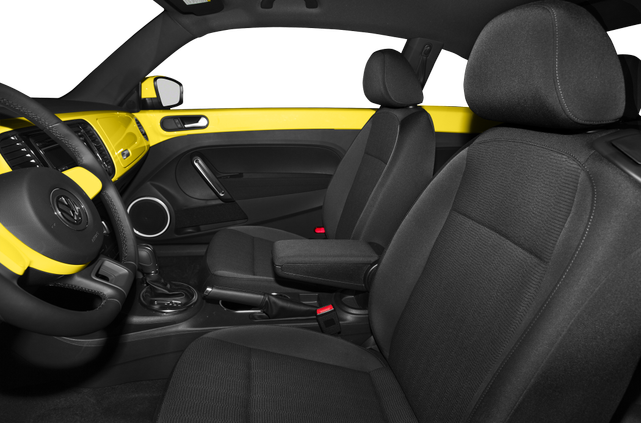 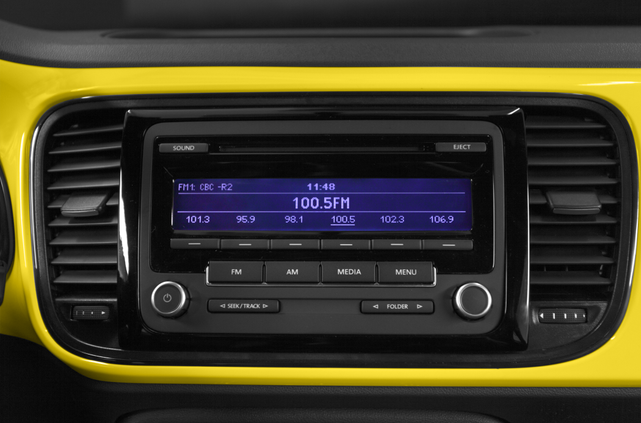 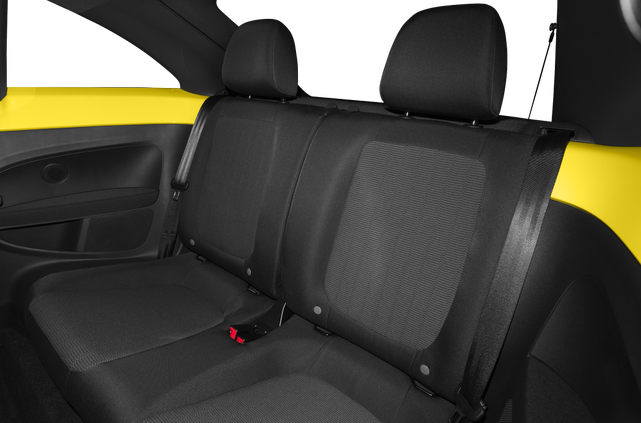 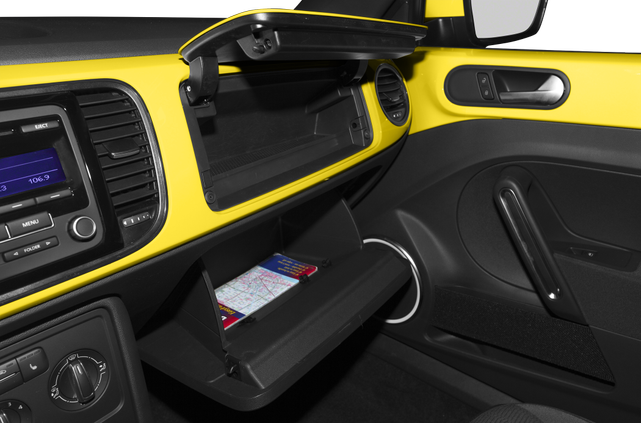 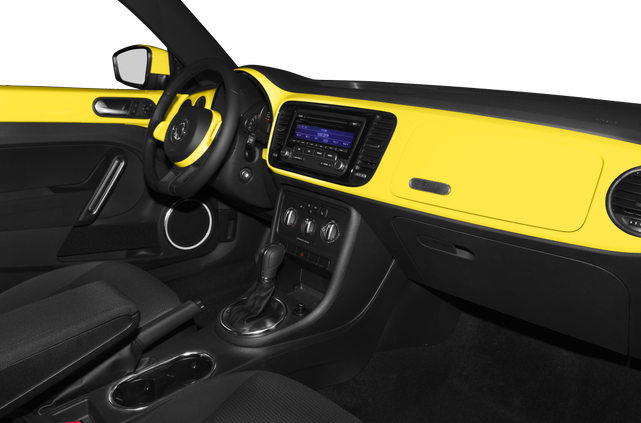 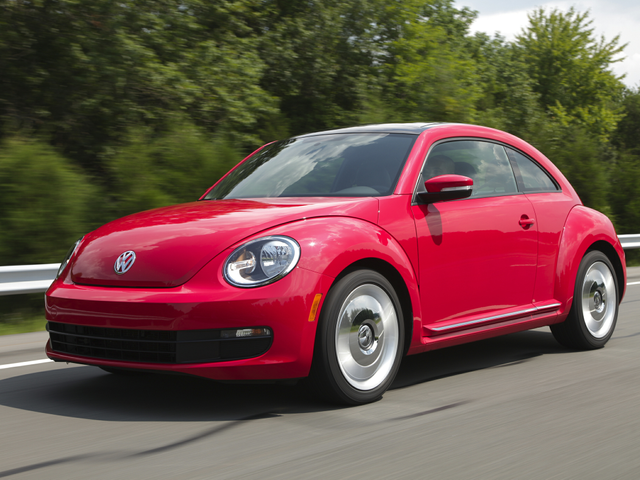 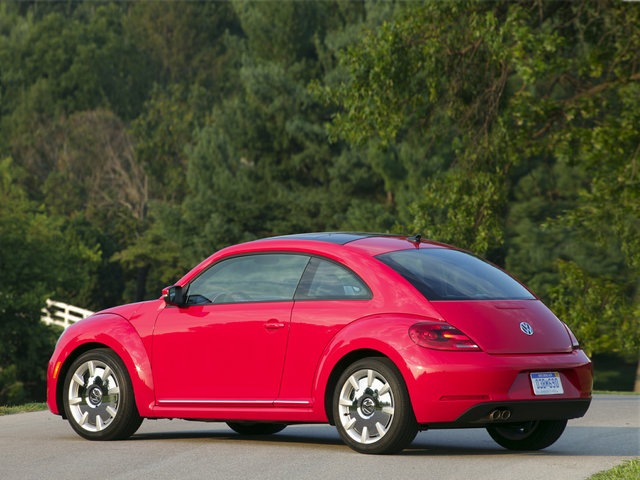 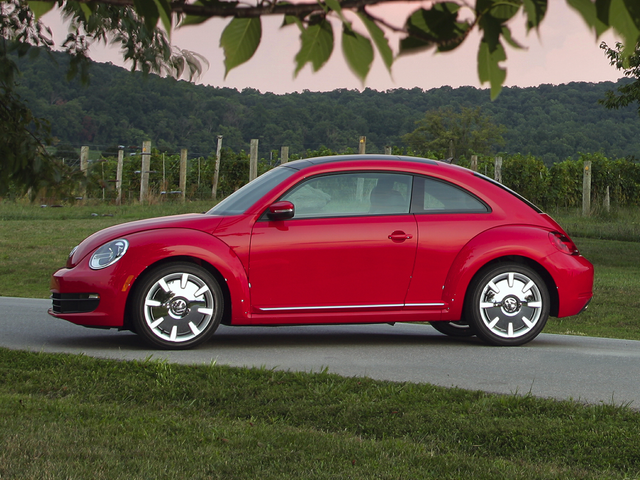 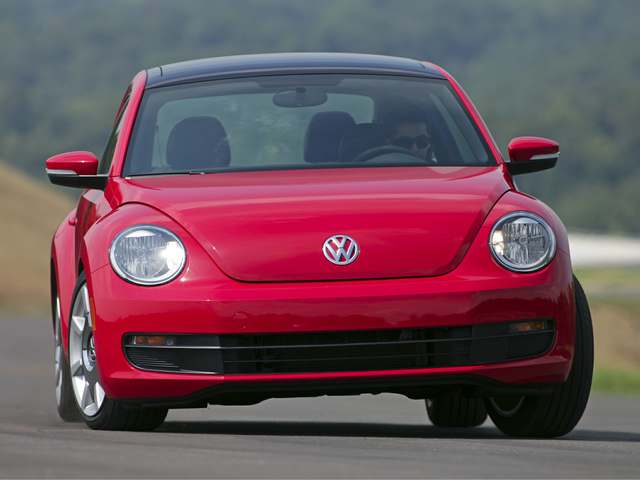 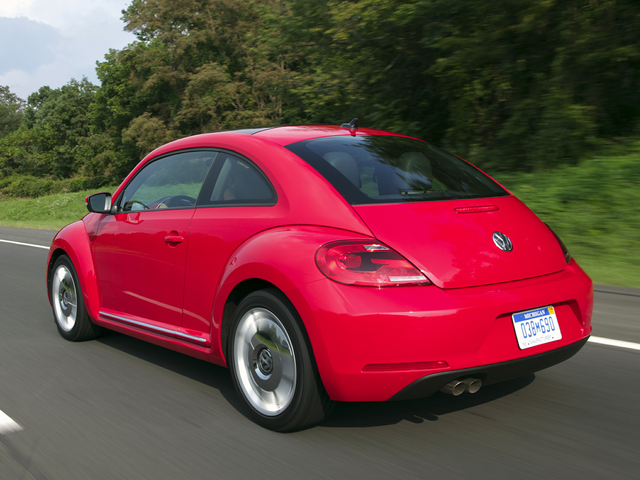 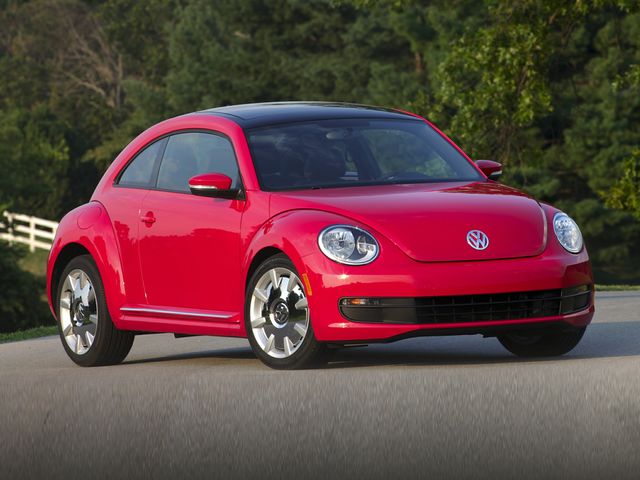 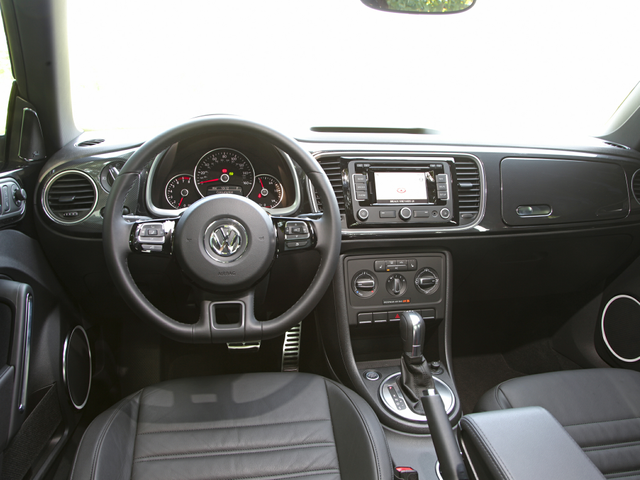