The Swedish automobile manufacturer Volvo breaks with tradition for a new 1993 motor car.

For the first time in the history of the company, Volvo is bringing out a front-wheel drive and an engine featuring double overhead cams and four valves per cylinder.

Titled the 1993 Volvo 850 GLT, the model is a sports sedan that contains initial design configurations and patented mechanical applications. In view of the fact the Volvo comes from a country where winter could best be described as somewhat rugged, it makes one wonder what took them so long to go to front drive.

In making the transition to driving the front wheels of the 850, rather than the rear as on all of its other models, Volvo feels it has created an automobile that will attract buyers who never before considered purchasing a Volvo product.

The official debut day of the 850 GLT is Oct. 27, but Terry Lee, vice president and general manager of Tom Wood Jaguar-Volvo-Range Rover, said, “We received three Saturday (0ct. 10) for demonstration purposes. We have eight others on the way that have been pre-sold.

“Normally, the way we can tell when a car is hot is when they’re sold before they get here.”

It’s a good bet that Volvo dealers will find the 850 is indeed a hot set of wheels. The car has attractive styling, a plush-looking leather interior, power for performance, and sporty handling characteristics thanks to moderate weight and front-wheel drive.

Design is new to Volvo

A design that was a complete departure from anything Volvo had done in the past called for some fancy engineering expertise. The company wanted more than four cylinders for power, but it wanted to mount an in-line engine transverse in the front of the chassis in order to obtain more interior room.

An in-line 6 of any size was too long to accommodate a short turning circle, so an in-line 5 was adopted. Then engineering went high-tech and created an all-new aluminum 20- valve five-cylinder.

“They began developing this engine back about 1978,” Lee said. “It makes a great difference in performance, because our four-cylinder car (without turbocharging) is 114 horsepower.”

Even with turbocharging, Volvo’s 2.3- liter Turbo 4 is six horsepower short of the power produced by the new engine.

In addition to the five-cylinder motor, Volvo’s engineers were faced with the need of a short five-speed manual transmission and a short four-speed electronically controlled automatic.

They addressed this problem by going to transmissions that employ three main shafts instead of the usual two shafts. It’s a design utilized by rear-engined race cars for compactness and inherent strength.

Attention given to handling

Engineering realized that developing horsepower and delivering it to the driving wheels is great, but a rather fundamental parameter of a fast-moving motor car is to keep it on the r oad.

The demo we drove felt as though it was on rails through high-speed turns. Volvo claims the effect is similar to four-wheel steering without the complexity.

Volvo is known for making better-class automobiles that are designed for strength, safety and to run almost forever if properly maintained. The 850’s addition to the model lineup is definitely in the luxury class, both in price and appointments.

Safety and durability are handled via a new passenger-side air bag and a steel cage that is an integral part of the unitized body. There are front and rear energy-absorbing structures that takethe forces of a hard crash. The body structure includes Volvo’s patented side-imp act pr otection system. Controls are distinctive

The demo’s controls, switches, and the like had some decidedly Volvo features. But being an international- type automobile, everything is clearly marked and it takes but very little driving time to almost automatically know where what you seek is located.

A new feature that domestic manufacturers would do well to look at was a tilt-and-telescope steering column that was controlled by a single lever. Just flip a lever on the side of the column and the wheel could be moved up or down and in or out for a given driver’s most comfortable position.

When coupled to a power seat with three memory positions, a driver can get himself or herself into a seating arrangement where it felt you really had hold of the automobile instead of just riding along in it.

There’s nothing easier to drive than the 850. The ride is like that of a big, heavy car. The engine is smooth and quick-revving on acceleration. Wind noise is virtually absent when going fast. Price tag has big numbers

The demo as it was equipped was fairly expensive. It had a $495 appearance package, an automatic transmission and a $2,400 Touring package that contained the moonroof and specialty power convenience items. But it was meant to attract discriminating upscale buyers whose demographics Lee says is getting younger.

“We still have traditional Volvo owners who are telling us they don’t feel front-wheel drive is necessary,” he said. “But they still are impressed with what has been done with the car.

one of the most reliable cars ever made. repairs are easy, parts are interchangable, engine is excellent, interior is very comfortable, lasts forever

This has been a very safe and reliable car for us for the 12 years we have owned it. We approach 200,000 miles with few repairs needed.

July 19, 2006
By Humphrey from Nashville, Tennessee
Owns this car

The Volvo 850 is a preety good car but it has a few drawbacks. Like the ride the supension gets hard on my car. And if you leave the car under the sun the leatyher ges hot and cracks. So it is preety bad. 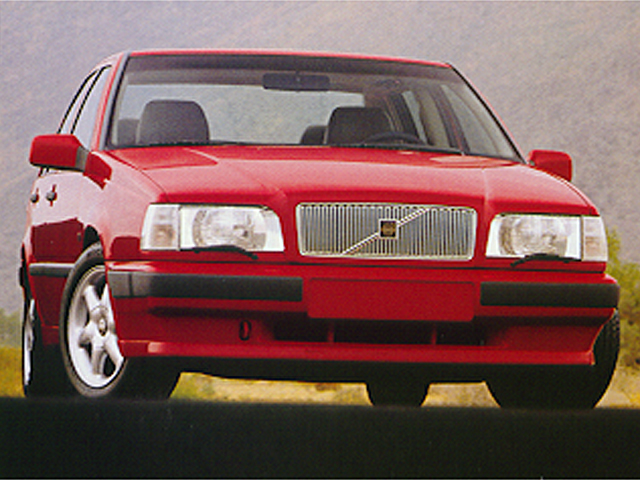