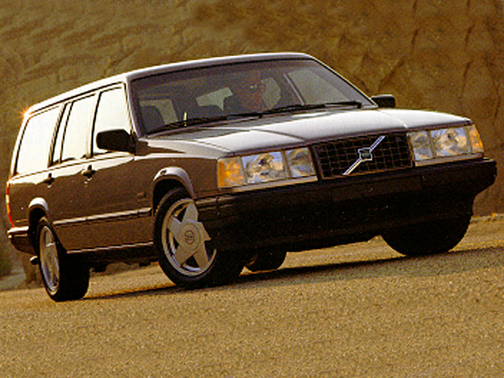 One of Sweden’s success stories is Volvo Cars of North America. Volvo has brought to the American market a series of cars that has engendered a loyal following.

Using its proven formula, Volvo is bringing to market a new 960 series for the 1992 model run. As Volvo’s top-of-the-line offering, the car upgrades the technology and safety features of Volvos of the past.

Available as a sedan or wagon, the 960 goes the bigger engine route and uses the chassis/ body of the four-cylinder Volvo 940 that was introduced last year. The six-cylinder is something the car can use; with a 109.1-inch wheelbase and an overall length of 191.7 inches, it is a fairly large automobile.

“The 6 is a lot smoother than the turbo 4,” said Steve Kern, sales manager for Tom Wood Volvo. “It has more power, and has been totally redesigned to work as an engine/transmission package.”

The new engine is an aluminum in-line 6 that sports dual overhead cams, 24 valves and 2.9 liters (178 cubic inches) of displacement. Why Volvo didn’t go out to a full 3.0 liters (183 cubic inches) as long as it was building a new engine is a matter of conjecture. But the 2.9 puts out 201 horsepower and 197 foot-pounds of torque, so there is power at hand to drive a 3,460-pound automobile.

Four valves per cylinder and aluminum technology aside, what’s really slick about the engineering of the power plant is that it is only 4 inches longer than Volvo’s 2.3-liter four-cylinder engines.

Volvo engineers turned to the transmission system to efficiently harness engine output to the rear wheels. They developed a new, electronically controlled four-speed automatic specifically tuned for the in-line 6.

Highlighting the automatic are its three manually selected operating modes, one of which is a Winter mode undoubtedly inspired by the climate in the Volvo’s country of origin.

Three select buttons for Winter-Sport-Economy lie alongside the shift quadrant. When Winter is selected, first and second gears are locked out.

Then, when the car starts out in third on ice or snow, there is not the high torque multiplication set up by the lower gear ratios. With less torque being delivered to the driving wheels, there is less tendency to spin the wheels.

The other two modes, Sport and Economy, are designed to provide maximum performance or maximum economy. There also is a built-in “down slope mode” that senses when the car is descending a steep hill and automatically down-shifts to a lower gear to provide engine braking.

“It’s all designed to function as one unit,” Kern said, “instead of operating as an engine package and a transmission package.”

Volvo, which is known for its work in motoring safety, developed the Side Impact Protection System for the 960. Many manufacturers have designed front and rear crumple zones in automobiles, but these don’t do you much good if you get T-boned at a cross street.

Volvo’s solution is a body cage that transfers the forces of a side impact across as much of th e structure of the car as possible. The 960’s SIPS is designed so that the energy created by a side crash goes around the car’s occupants instead of directly on them. The crash energy is transferred from the doors and B-pillars of the body to the roof, floor and sills.

Along with the technology come the accouterments of a luxury automobile. The model is upstream both in appointments and price, but Kern says the Wood dealership already is seeing owners of competing makes coming in to look at the car.

“We’ve only had them for short time,” he said, “and we’ve already sold two. The customers that have looked at them think they’re fabulous automobiles.”

If there is such a thing as bad news about the 960, it has to do w ith availability.

“Availability is going to be tough,” Kern said. “It probably is going to be like last year when we couldn’t get 940SEs. That was the one this car is going to replace, so it’s impossible to know how many we’re going to sell.”

January 2, 2008
By Tabasco from Our Nation's Capital
Owns this car

I have a 1992 Volvo 960 sedan with 216K+ miles. The dark red paint has faded, and there is the beginnings of very small rust spots on the trunk below the tailights. The leather has some splits, but the dash is fine and all of the electrics (other than the heated seats) work. My wife has a Jaguar XJ-6, and we often comment that while her car is designed, my Volvo 960 is engineered. The difference is mine is a boxy, rather bland looking car that handles precisely, has great acceleration and braking, tracks strait through ice and snow, and has every switch where you think it should be. It starts every time. It warms up quickly and the rear window defroster bakes off a good layer of ice in 5 minutes or less. But sexy, it ain't. You can tell this car was built by "gearheads." The manual cautions not to exceed 3000 RPM until the clicking noise stops in the engine (related to the valves... it goes away after it warms up). Few manufacturers would trust their owners to manage the engine so carefully. Few buyers would think that a car with an RPM limit until a sound disappears would be worth 34K 1992 dollars... My costs has centered on the Air Conditioning (basically, I replaced everything piecemeal over two years) and a yet-to-be fully resolved fuel interruption in high ambient temperatures. The power steering pumb had to be replaced at about 210K. No big deal. Also, the warning lights sometimes don't work (especially when the temp is above 70F). The saving grace is the system fault makes the "W" transmision light come on if any of the warning lights is powered, so I have an indication of some issue that needs attention. The biggest bugaboo is the timing belt. Heed the advice to change the timing belt on schedule. To fail to do so can mean a broken belt and a trashed engine. I change mine every 35K or so, about half the recommended value. For the price, it's a great car.... my only complaint...it's just too boring for words.

All model years for the Volvo 960 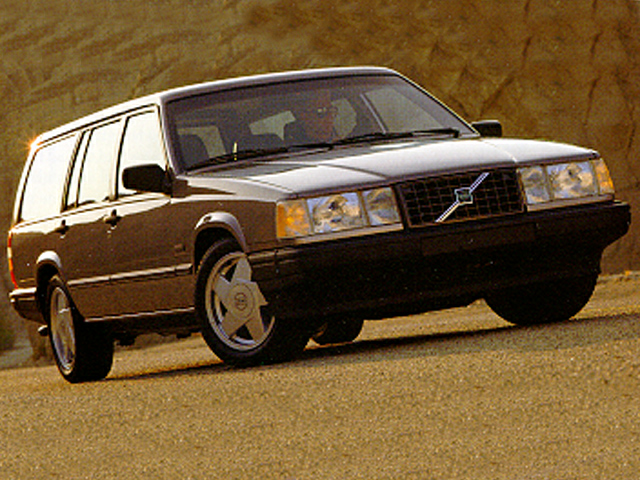