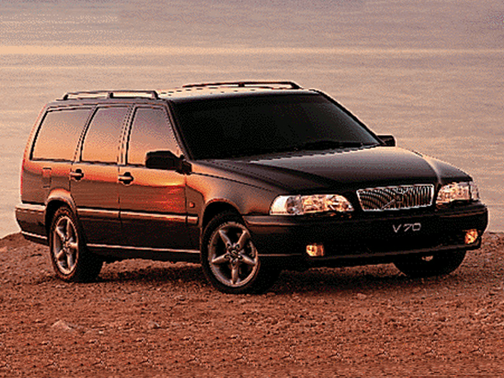 Our 1998 Volvo V70 trim comparison will help you decide.

Sport-utility vehicles are so popular it seems nearly every manufacturer makes one. Even though most sport-utes, or SUVs, come from truck chassis, we are beginning to see the proliferation of car-based utility vehicles that fulfill many of the same functions but drive like a car and get better fuel economy. Volvo’s XC, or Cross Country, typifies that concept.

pavement; consequently, many of their capabilities are wasted in daily use.

Subaru actually started this concept with the Outback, then refined it with the Forester. Toyota, Honda and even Lexus now have similar models, although the RAV4 and CR-V are smaller. Look for more from various manufacturers.

The XC differs from the other two because it sits about 2 inches higher. The 6.5-inch ground clearance lets it step lightly over moderately rugged terrain. It has the benefits of four-wheel-drive in bad weather, yet it doesn’t inflict a trucklike ride or poor fuel economy on its owner. Fog lights, an egg-crate grille and body cladding distinguish it from the other Volvo wagons but gives it a tough look.

engine. Horsepower is 190. Under moderate throttle, the five cylinder feels

smooth, but let it have its head and its raspy exhaust note turns coarser as

revs build. It accelerates to 60 mph in 8.6 seconds. The EPA fuel economy

The automatic transmission has Sport, Economy and Winter shift modes so the driver can tailor its shift habits according to conditions.

transmission, and it sends power to the rear wheels where a viscous clutch

determines how the drive is allocated. In normal driving, 95 percent of the

power goes to the front wheels. When the viscous clutch detects wheelspin it

then transfers power to whichever wheels have the most traction. Up to 95 percent of the drive can be shifted to the back wheels. And it all happens transparently. Anti-lock disc brakes are standard.

extra-low gear. It would be most useful for skiing trips, country living and

outdoor recreation such as camping.

Despite the restyle that rounded the front end, the overall shape is still fairly square. That makes it easy to get a lot of gear in back. The split-folding rear seat back flops forward at the squeeze of a single button, creating a wide, flat load floor that can easily swallow two bicycles. Around back, the wide liftgate pivots up out of the way for easy access to the cargo floor. The ease with which the seat folds down makes it easier to use than some of the more popular SUVs.

Once you slide behind the wheel you can see how much this car has changed. The dash is taken directly from the C70 coupe, and it is a significant improvement, both in terms of ergonomics and aesthetics. Switches are now placed more logically, knobs have rubber nibs that can be gripped with gloves and the interior textures and finishes are elegant and understated. The front seats are as comfortable as lounge chairs.

Safety items include side airbags built into the front seats and a three-piece steering column that breaks away from the driver.

If you want a luxury vehicle that has the safety and security of all-wheel-drive yet doesn’t have the size and heft of an SUV, then Volvo’s XC is a worthy compromise.

Point: The V70 XC is a luxury alternative for folks who want the safety and security of all-wheel-drive, the hauling capacity of a station wagon and the maneuverability of a car.

Counterpoint: The five-cylinder engine is a bit coarse at high rpm, and

January 9, 2021
By Wayne from Philadelphia
Owns this car

Have the AWD model with the 2.4 turbo, there is no rust on this car now 23 years old, everything still works 179,00 miles. 1998 has side airbags, heated seats, heated mirrors, a beast in the snow. This is the last year Swedish owned, will keep until it dies.

Rating breakdown (out of 5):
7 people out of 8 found this review helpful. Did you?
Show full review
4.4

If you are good to this car, it returns the favor!

This is my favorite car and I plan to drive one for as long as they allow combustible engines to run on the road! It has 270k miles on it, I got mine at 150k. You must be good with cars and plan to work on this yourself if you want to keep one in pristine condition as a daily driver. Something will always need to be updated or adjusted. They are 22 year old cars after all. With that said, I love this car! It has never left me stranded, except for a dead battery that was my fault for not replacing after 3 years. My wagon has a 5speed manual transmission and I have added many performance modifications to make this a race wagon, no joke! The aftermarket part selection is ubiquitous. This is no longer the "soccer mom" wagon from the CT suburbs. It is now faster and stronger than ever at over 270k miles on this original engine. Fresh oil changes and tune up's are a must. This car is a lifestyle and not just a "car". Remember that before buying one. Online Volvo community is very helpful and a must for any fist time owner. After 1999 Ford purchased Volvo and the throttle cables were replaced by sketchy electronic throttles. Anything 99' and prior is an "authentic" Volvo before the company closed it's doors to commuter car production and now focus solely on industrial machine engines for tractors and trucks. Volvo is now owned by a Chinese conglomerate corporation, anyways enough history. Go get yourself a classic Volvo and remember what hydraulic steering, 5 cylinder engines and a car that was built last many Scandinavian winters!

November 2, 2019
By Ramon AH from Leadville, CO
Owns this car

Its been in the family since it had 60,000 miles. Now it has 296,000 miles. Its a fun car to drive, smooth (with the propper tires) I have the Base V70 non turbo FWD, yeah over the years it has needed maintenance like all vehicles, and some fixes are super easy to do if you do them yourself (I'm a Dr and I've managed to change some crazy difficult parts w/ tutorials in Youtube, and costly if taken to the dealer (like any car). The AC is marvelous, super cold when warm, and comfy in the cold. I've lived in FL and CO with that car and has kept up and surpassed with modern cars. Some of the interior on the dash has cracked a little and does make a little noise, but the car has many amenities that outdate any '98 car. 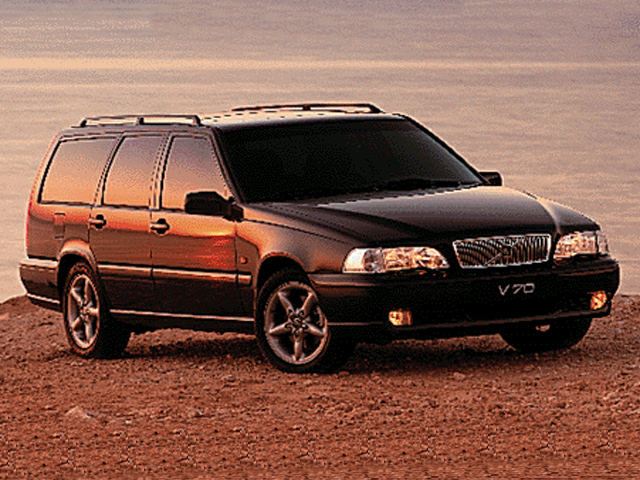 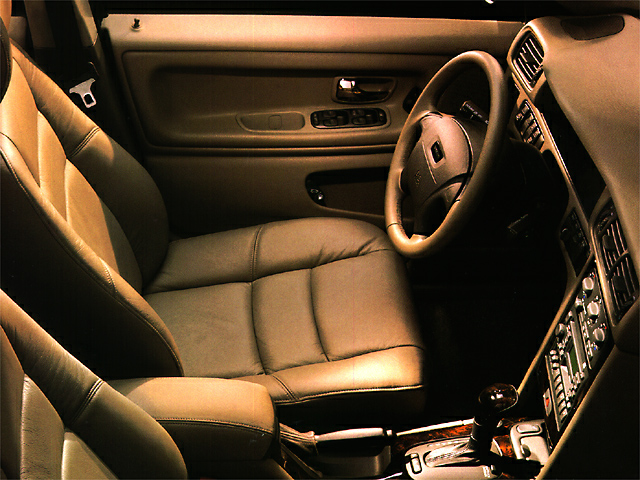