When BMW quietly shut down the Z4 after the 2016 model year, it went out with more of a whimper than a bang. For a few reasons, the Z4 never ended up as a beloved sports car; other models, like the 2 Series and the automaker’s M cars, were the so-called “driver’s cars” in BMW’s lineup, and its two-seat convertible faded away.

But after a year or two of finding itself, the Z4 returns for 2019 — this time with the powered soft-top of its roots instead of the retractable hardtop of the recent generation. The 2019 Z4 might get more attention as the foundation that underpins the long-lost Toyota Supra. I headed to a BMW media event in Palm Springs, Calif., to see if the Z4’s return is triumphant or disappointing. (Per our ethics policy, Cars.com pays for its own lodging and transportation at such automaker-sponsored events.) 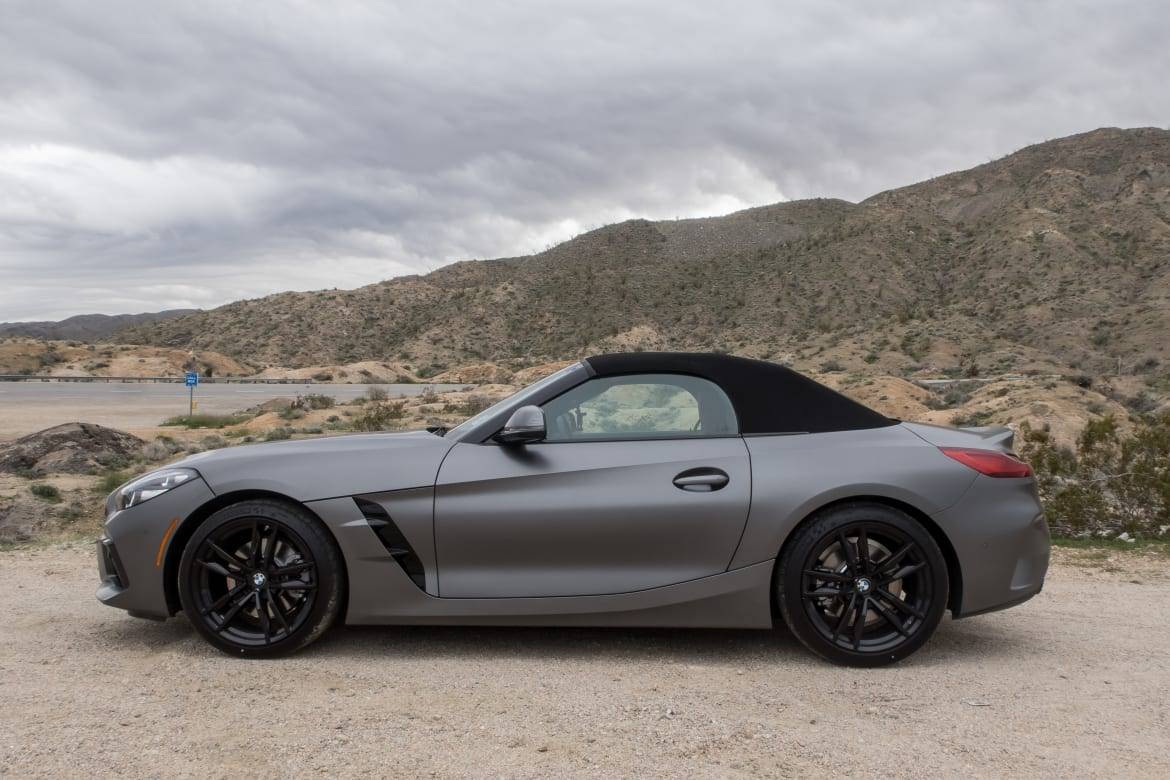 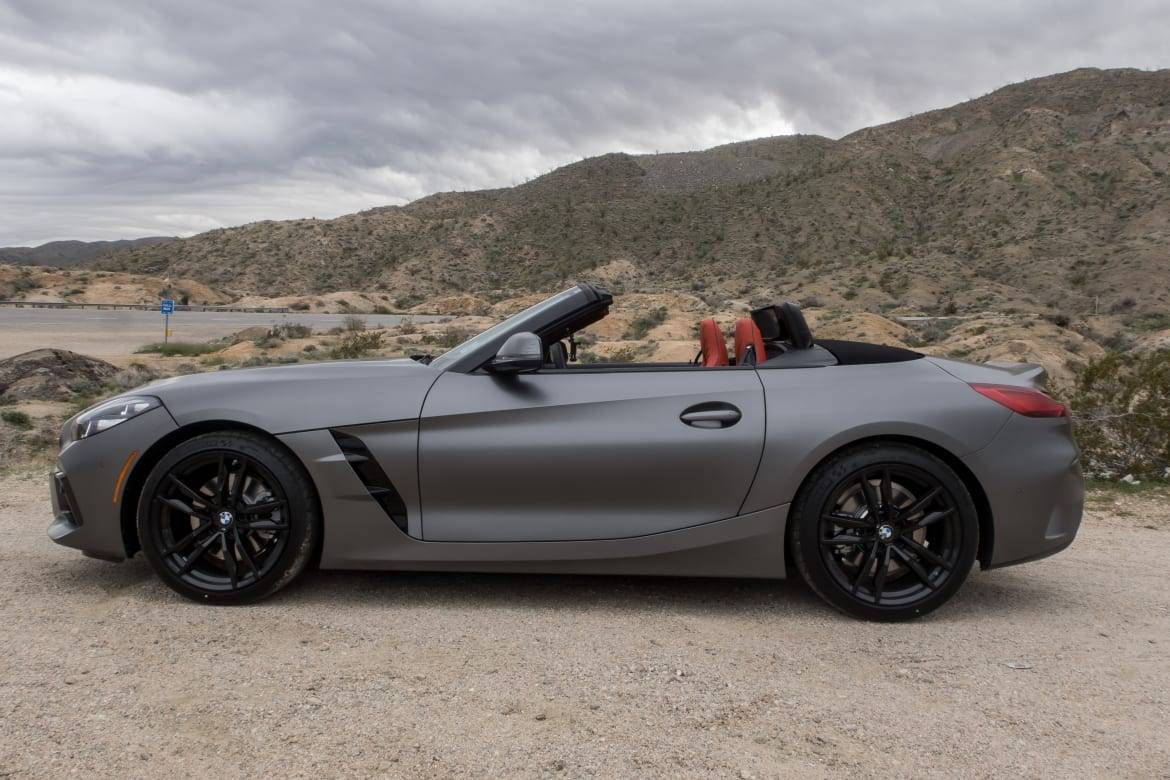 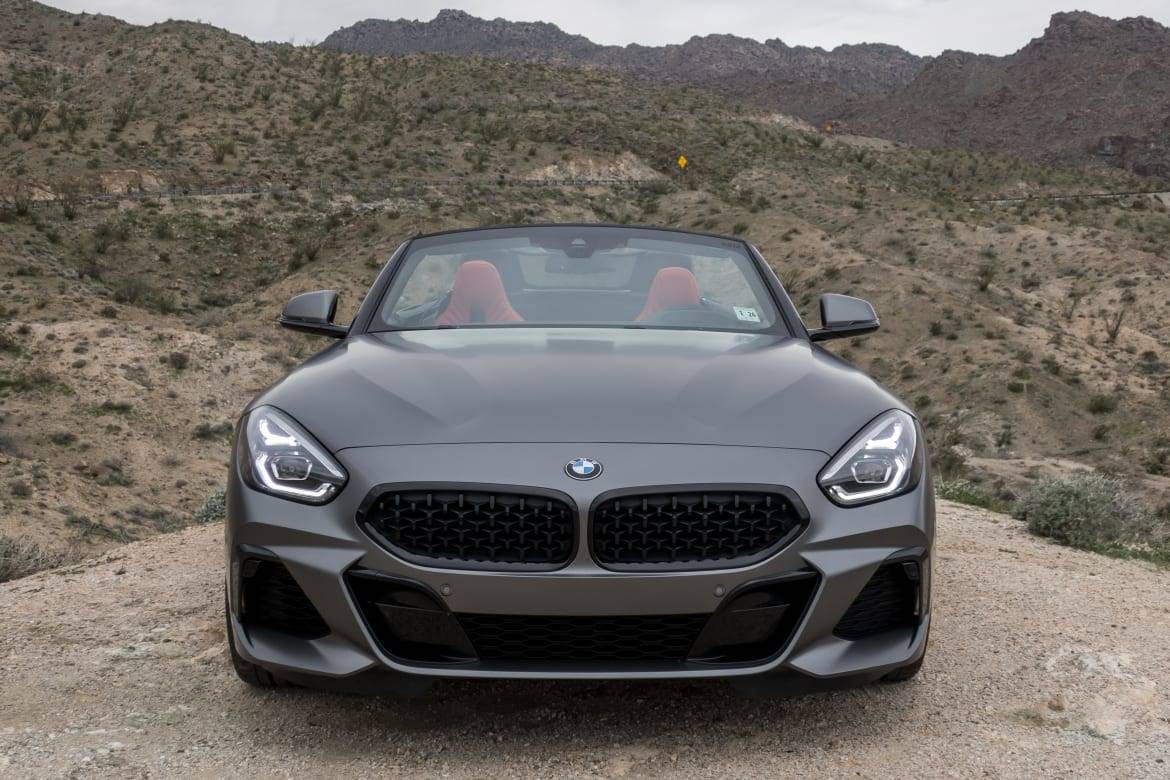 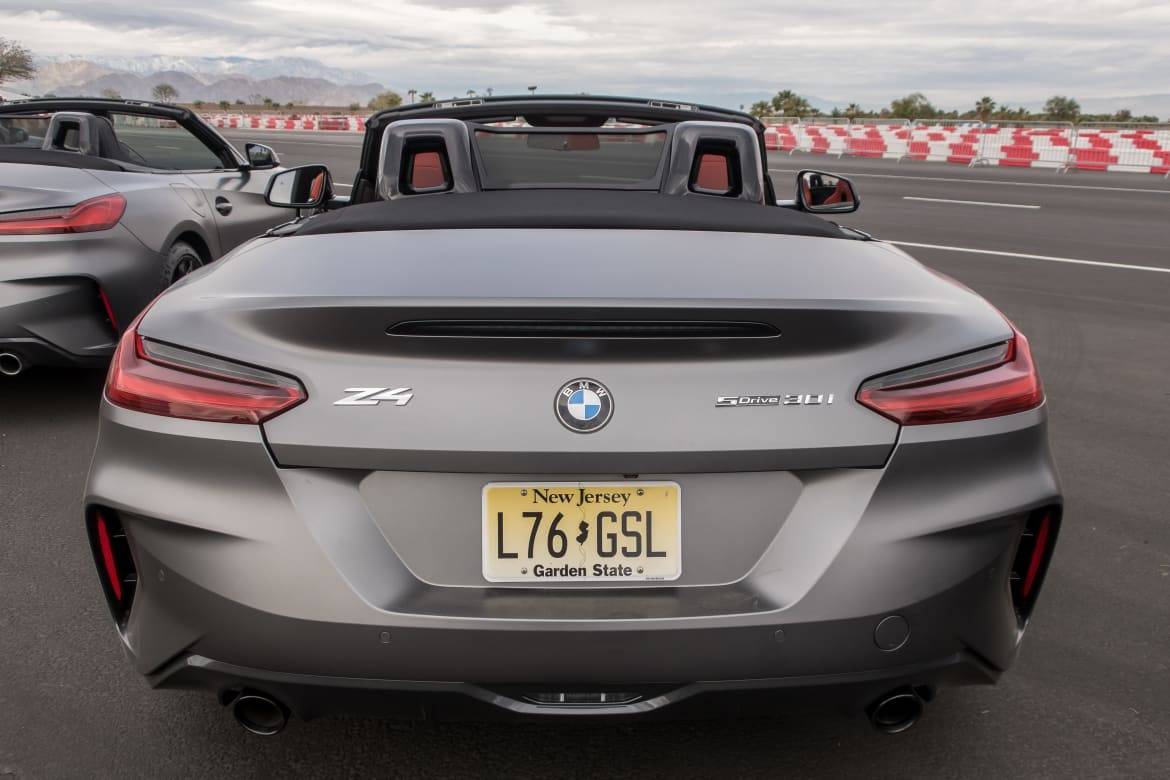 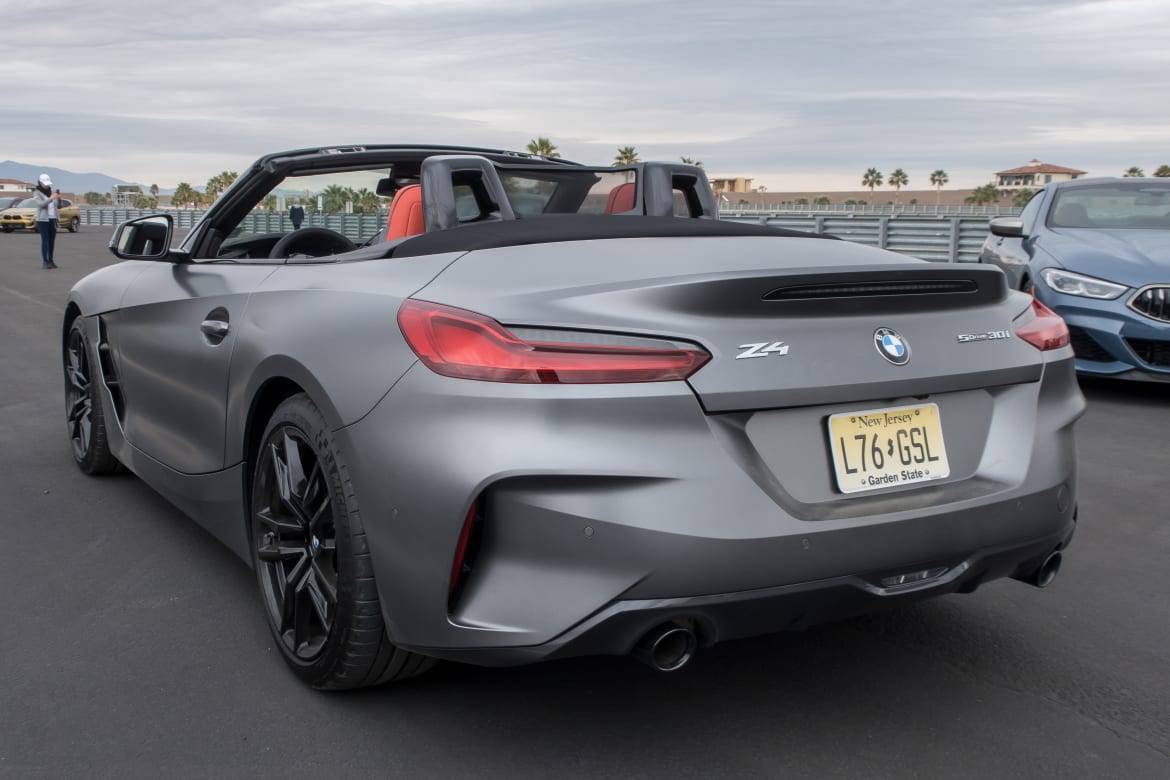 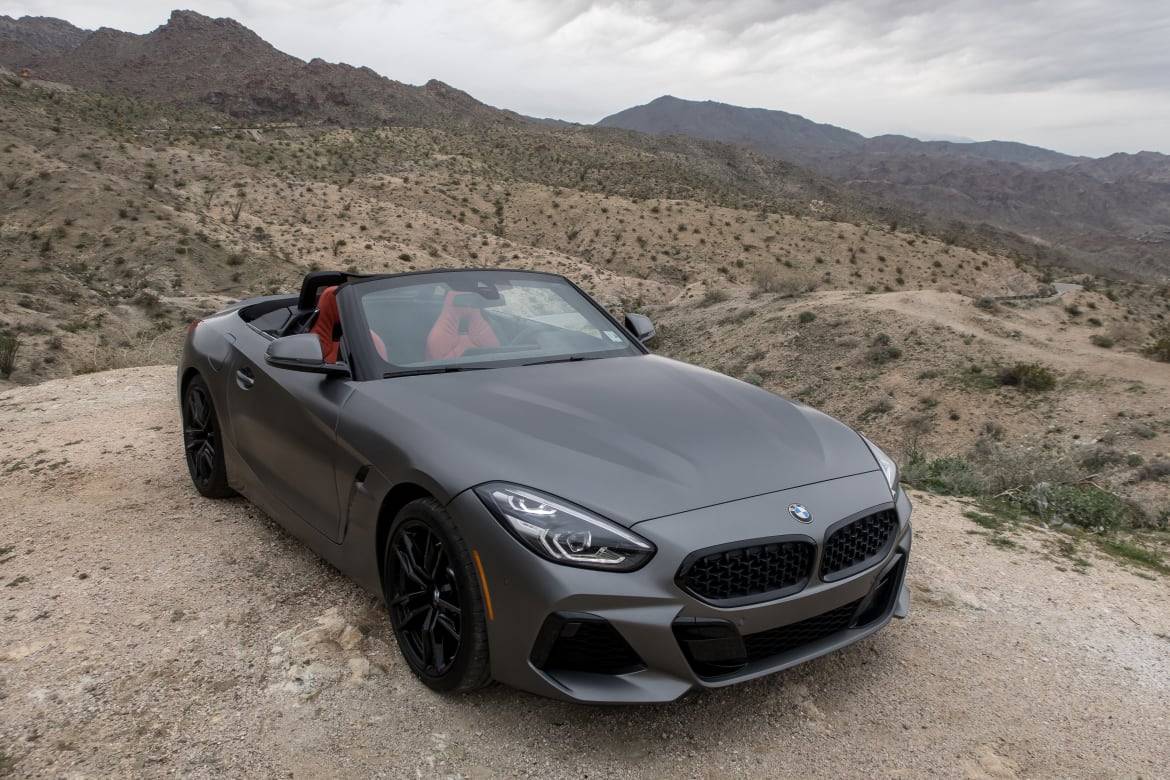 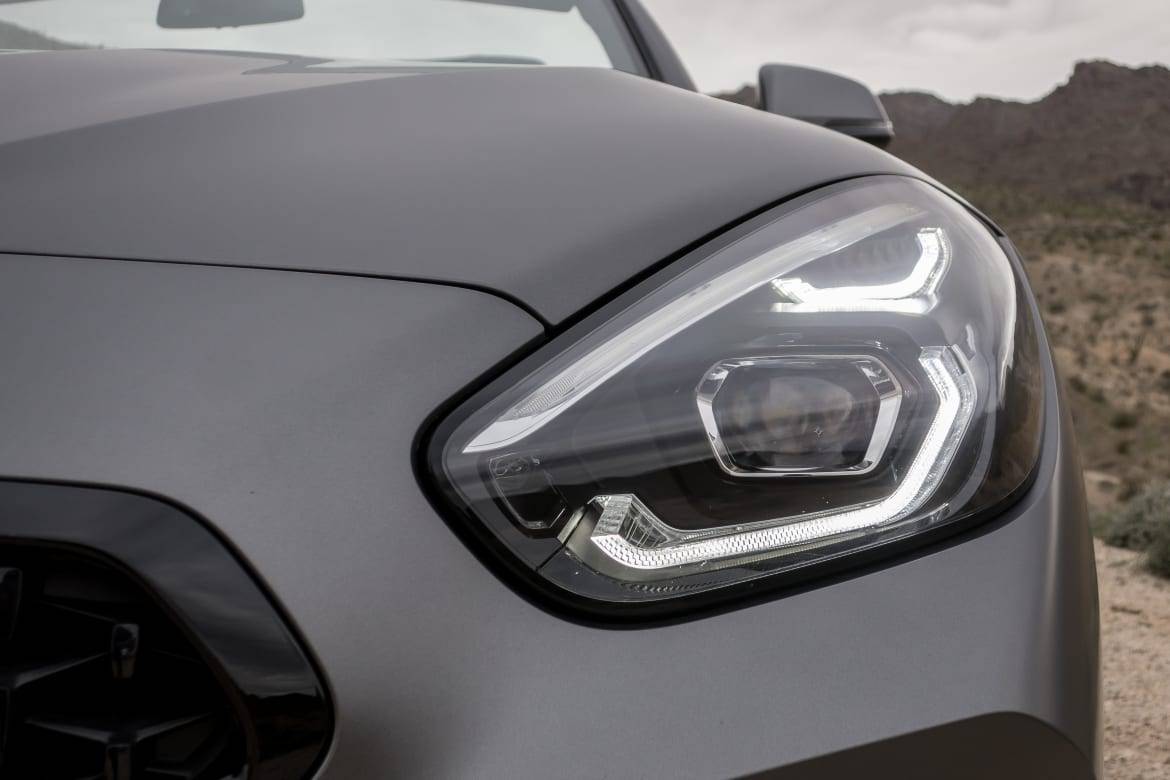 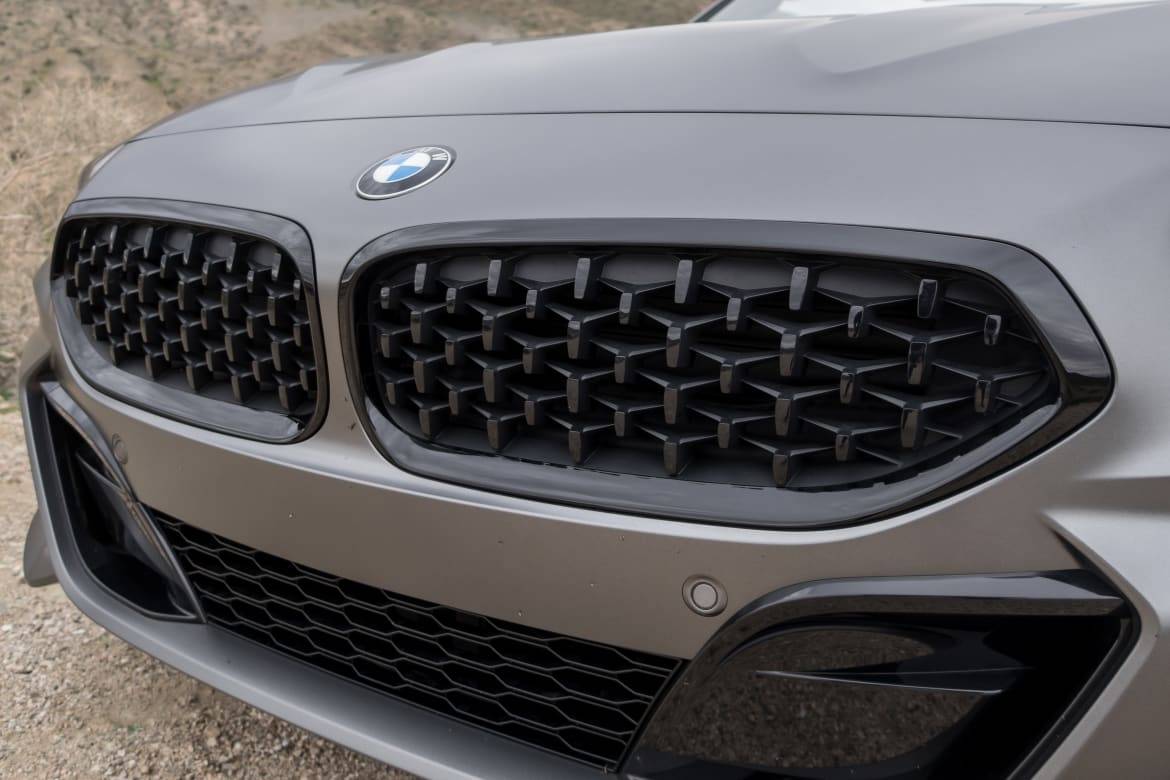 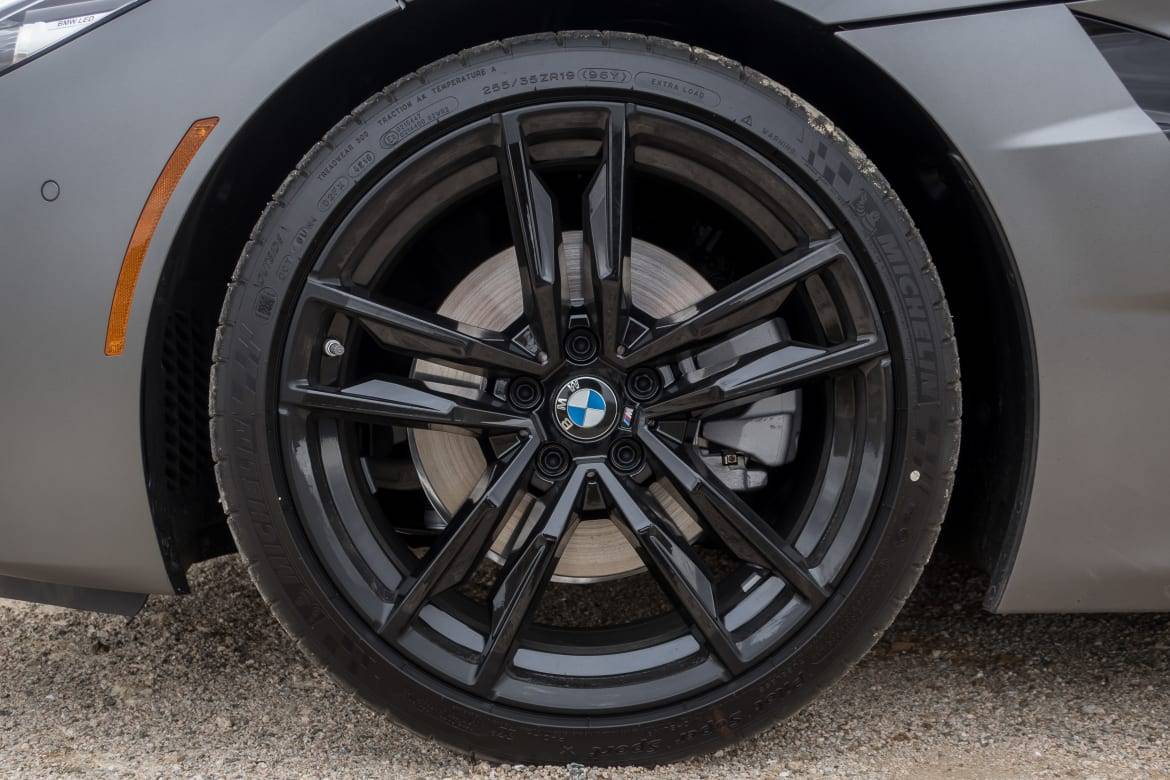 The Z4 returns with a more powerful base model, the sDrive30i (which replaces the previous sDrive28i). BMW has also announced an M40i version of the Z4 that will debut later as a 2020 model. Under the hood of the sDrive30i is a 255-horsepower, turbocharged 2.0-liter four-cylinder engine that is mated to a conventional Steptronic eight-speed automatic transmission, not the dual-clutch transmission of some M models. A manual won’t be offered, which sounds almost heretical in a roadster.

It’s not surprising, though. BMW has stopped offering manual transmissions on a few of its other vehicles (including the new 3 Series and M5 of late). As with other driving enthusiasts, that news made my nose wrinkle. However, I quickly found that my grumpiness was overblown: The eight-speed automatic is done well. Not only does it shift quickly, but the software that chooses the gears is sorted. While I had the Z4 in Sport mode, it did quite a good job of grabbing and — more important — holding the right gear as I wound the car up and down a mountain road. If you still want to choose gears, there are paddle shifters that also do the trick, firing off shifts rapidly. It’s a good transmission, not quite on par with the best ones out there (Porsche’s PDK dual-clutch transmission in particular) but darn close.

To enjoy any transmission, though, the engine has to back it up. The Z4’s 255 hp is decent for a car with a curb weight of 3,287 pounds, but the real story is the 295 pounds-feet of torque it can put out starting at just 1,500 rpm. That output never feels far away, and since it comes on in the low part of the rev range, it’s easy to keep the Z4 in the power when driving aggressively. From lower speeds to passing maneuvers at higher speeds, the car has good, solid response and feels quicker than its 5.2-second zero-to-60 mph time suggests.

Underneath the new Z4 is a new platform, and my vehicle also came outfitted with an adaptive M suspension, a $700 stand-alone option. BMW claims the Z4 has a perfect 50/50 weight distribution, and I found the balance of the car to be another strong suit — especially with the adaptive suspension.

In its everyday driving modes, the Z4 rides decently over broken pavement. It is still stiffer than your average passenger car, but it won’t beat you up if the roads aren’t track-smooth asphalt. Tighten the car’s settings and the suspension follows the command. The car is quite flat in the turns — almost too flat.

That brings me to my biggest problem with the Z4: It feels disconnected, and a lot of that falls on the steering. While the Z4’s steering has sufficient weight to it, it’s missing feedback. When you push the car, as the powertrain urges, you want more feedback so that you have a better sense of its grip and what the front tires are doing. I didn’t get that from the steering or, to a lesser degree, the suspension. There’s a disconcerting amount of vagueness when the car is being driven hard, and the end result is that you don’t end up wanting to push it as much. 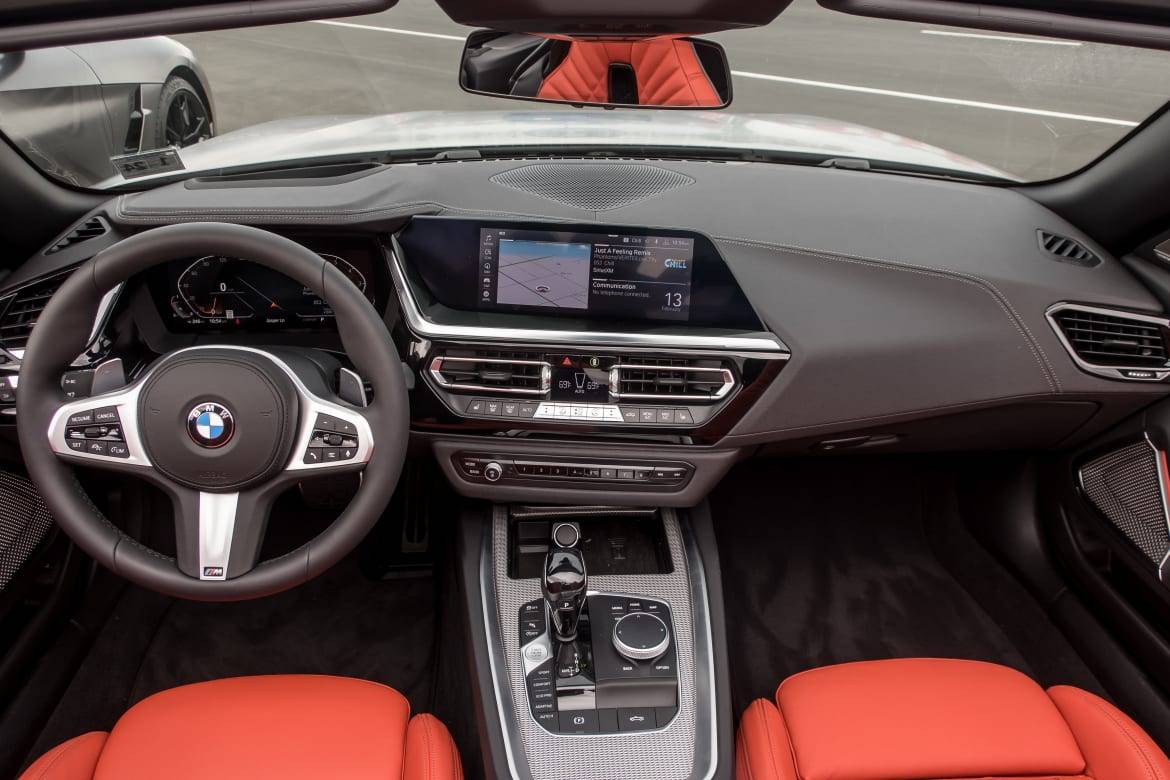 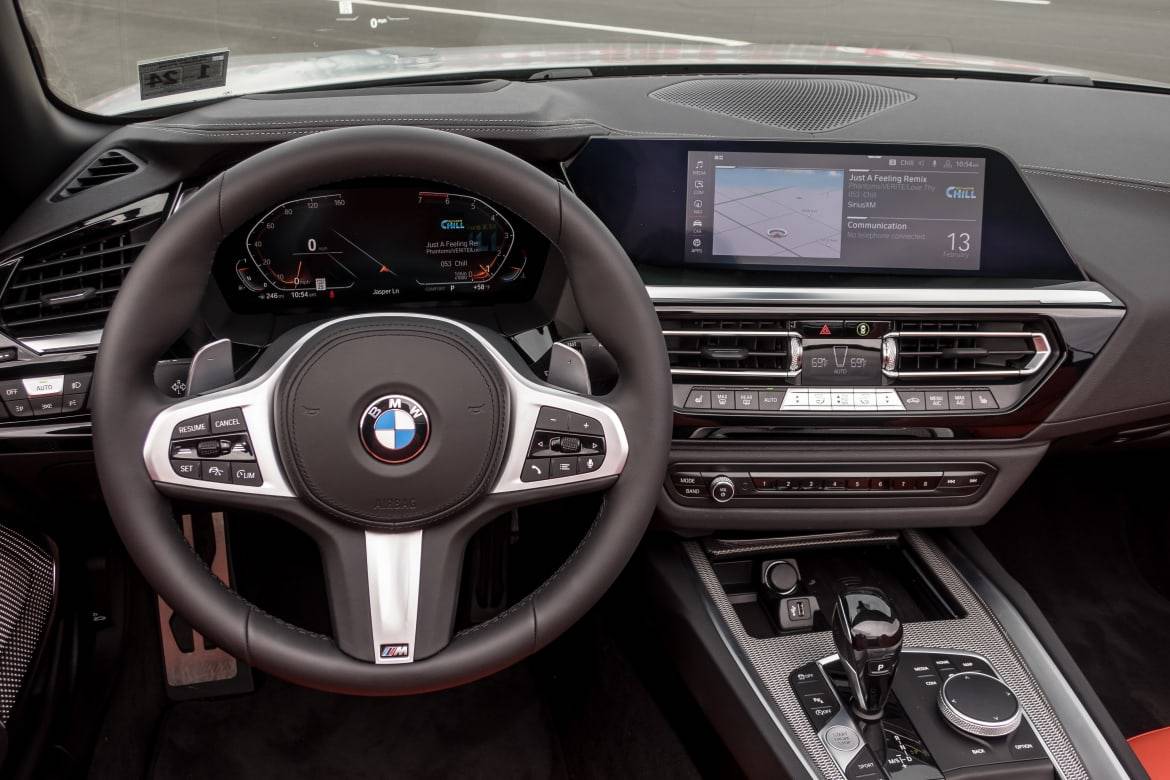 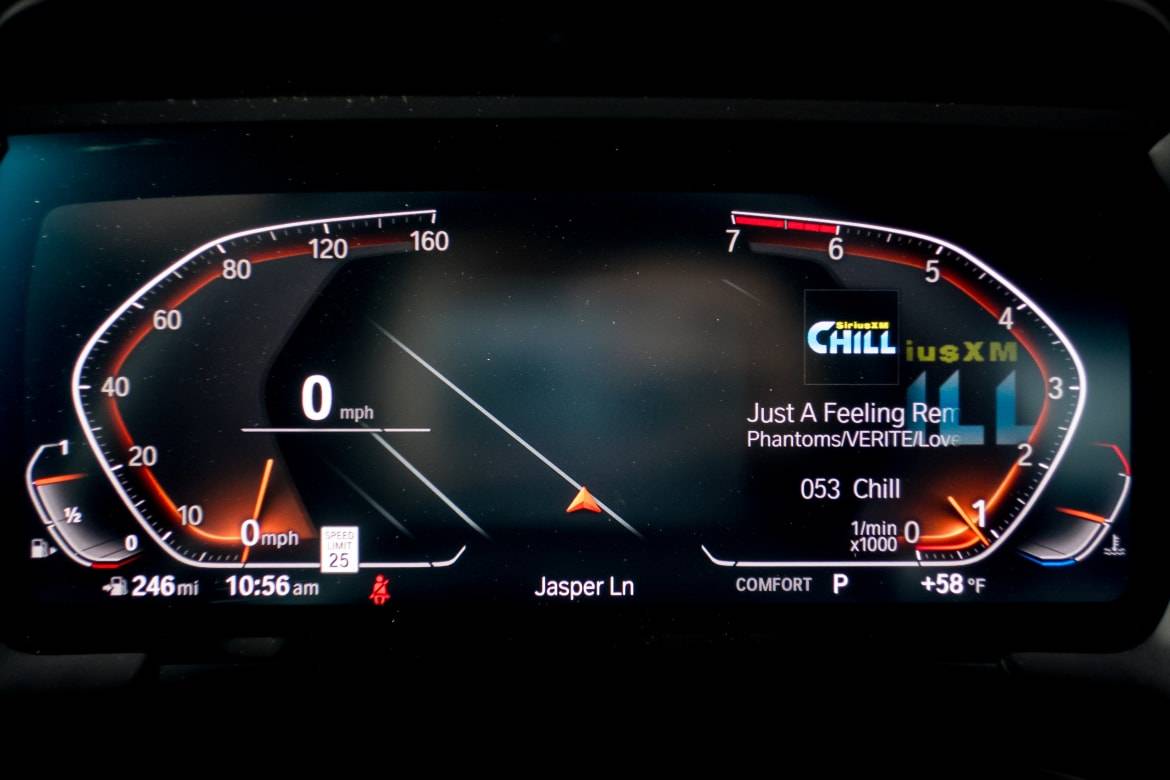 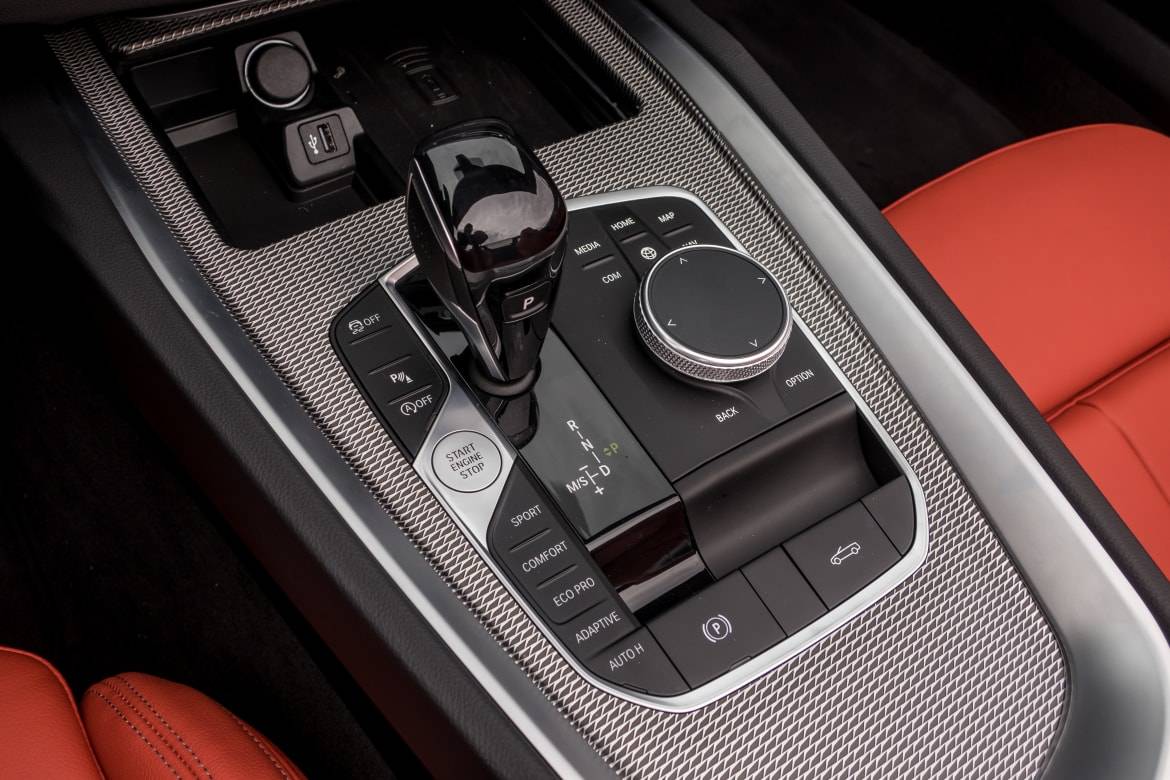 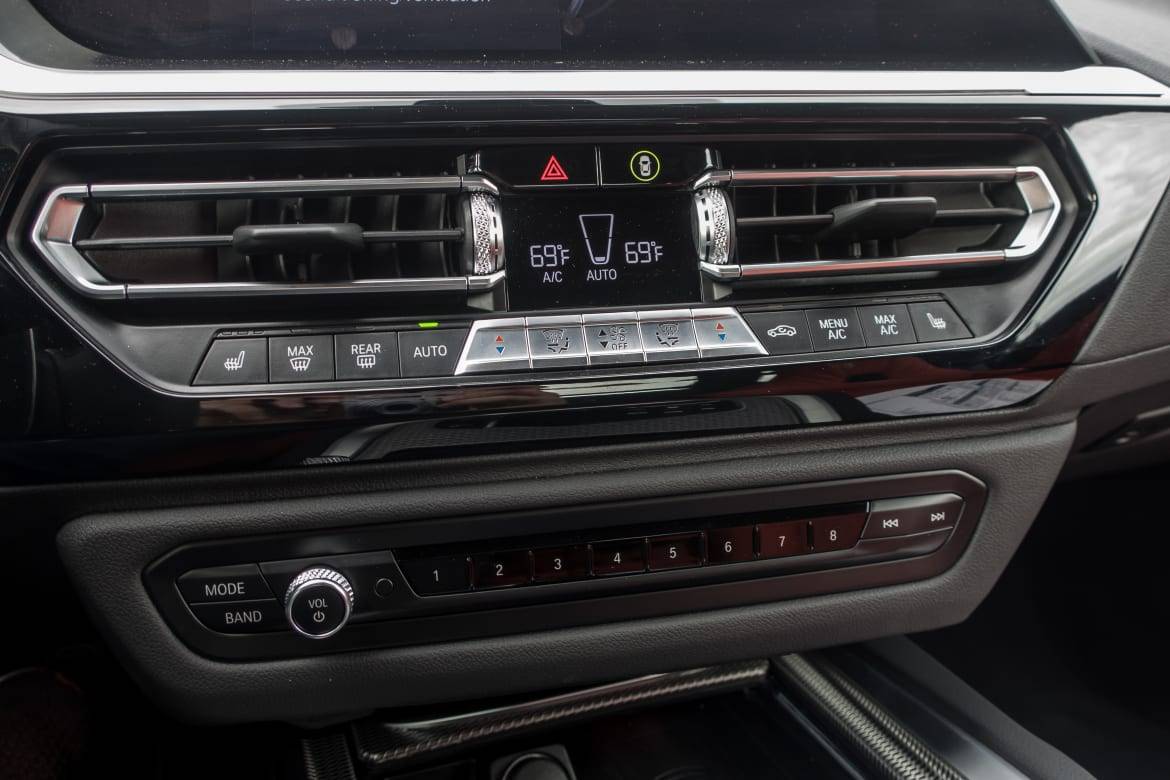 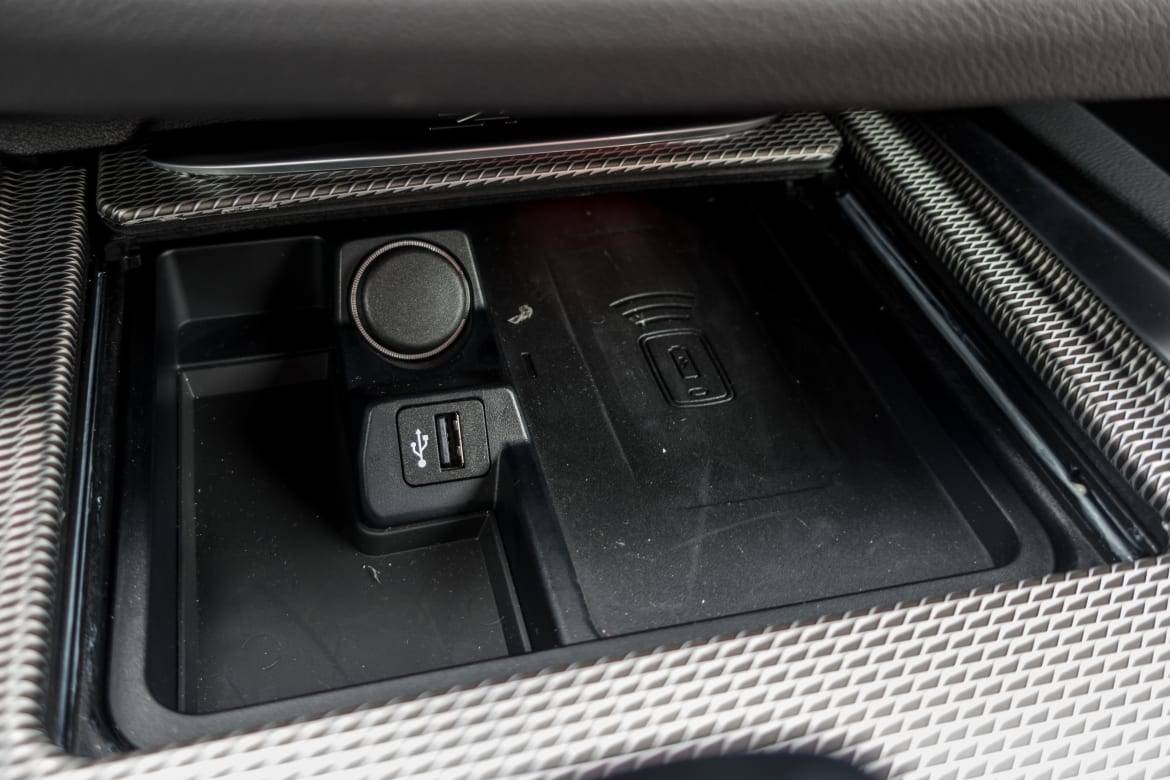 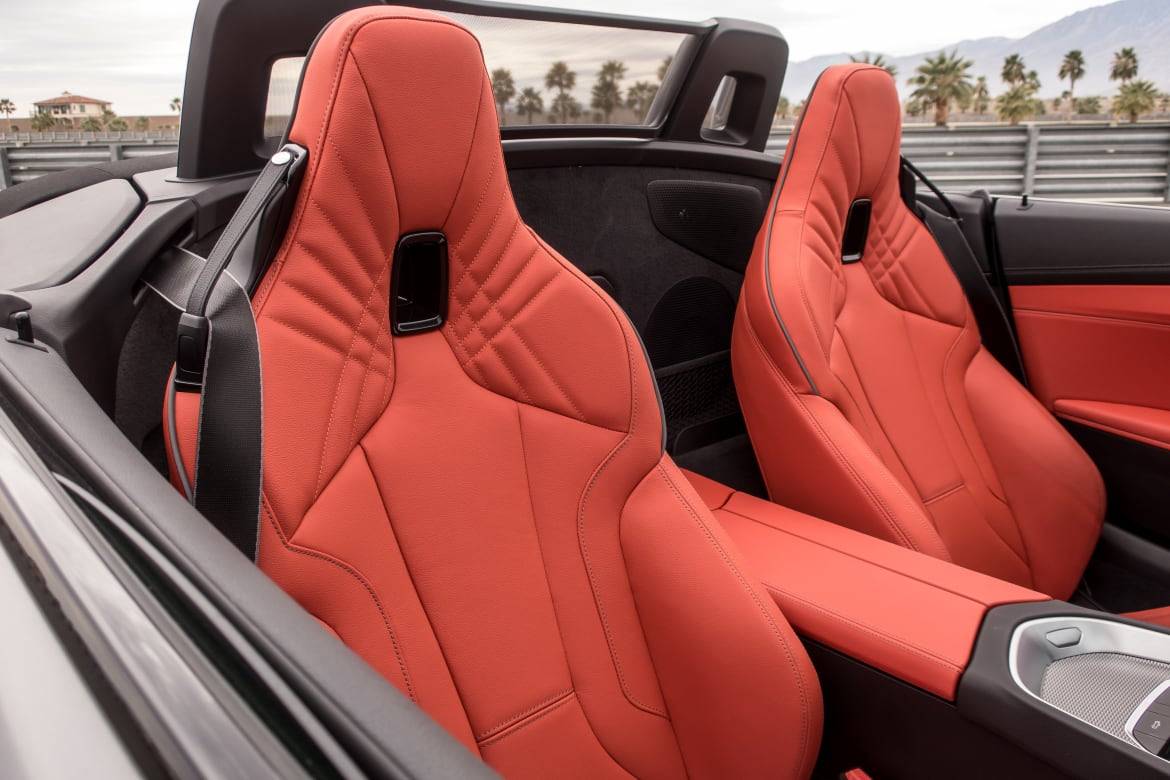 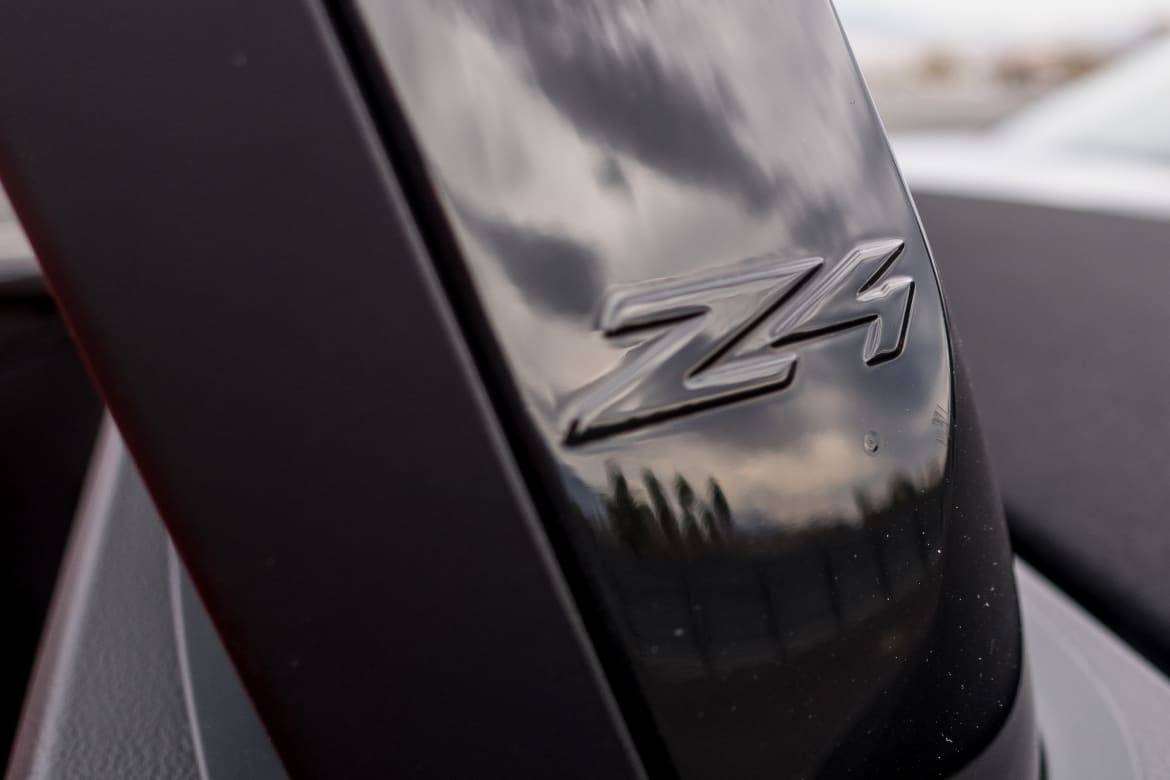 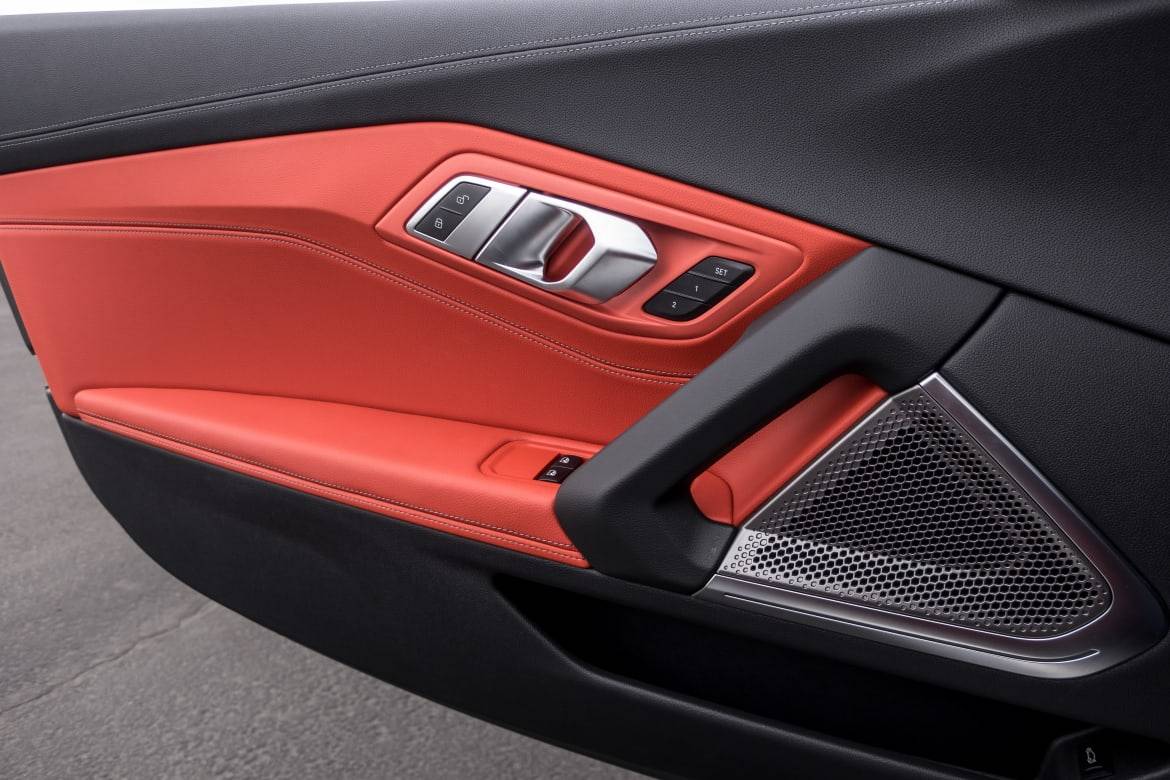 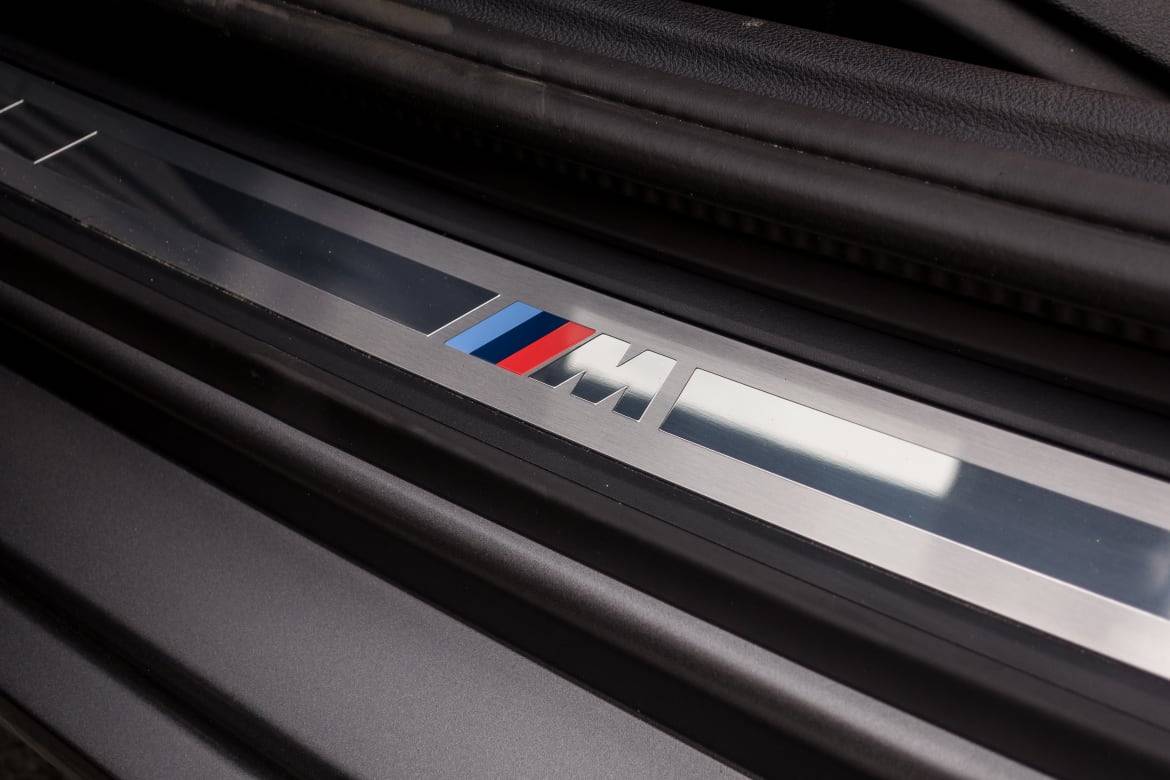 The new Z4 is an unquestionable upgrade in terms of technology and interior cabin materials and design. The Vernasca Magma Red leather seats are a color choice that doesn’t cost extra, and I loved the juxtaposition of the matte-gray exterior to the loud color on the seats (which were also quite comfortable). BMW did a good job with the Z4’s driving position; it was easy to set the seat and the wheel right where I wanted it. That’s not always an easy thing to do in a roadster with tighter cabin dimensions.

A pair of 10.25-inch screens also come standard, one in the instrument panel and one in the center of the dashboard. The multimedia system is powered by what BMW calls the seventh generation of its iDrive system. Users have the option of using the touchscreen or the rotary dial between the two seats; both are fine choices, as iDrive has gotten much easier to use over the years. It is missing Android Auto, but Apple CarPlay is available as a subscription (the first year is free, then $80 per year after that). But even as an Android user, I was fine using the built-in system for most tasks. I mostly just missed Google Maps.

With the top up, road and wind noise were lower than I expected, a pleasant surprise. It obviously won’t be as quiet as a car with a fixed roof, but most roadsters get to be clamorous above a certain speed; the Z4 avoided that.

The 2019 Z4 surprisingly comes back with the same price as the 2016 model: $50,695 including destination charges. That’s pretty crazy to think about given the boost in power, technology and cabin quality found on the new car. Perhaps it’s the reversion to a simpler soft-top. The final as-tested price of the Z4 I drove was $62,795 with a few options packages, the aforementioned adaptive suspension and active cruise control.

I think it’s accurate to say that the Z4 drives well. I’d even go so far as to say that it’s very good for the first 90 percent of its capability. It’s that last 10 percent that eats at me, though, and unfortunately, it’s those moments that make or break a sports car. A great sports car asks to be pushed and pushes the driver in kind. That’s why people want sports cars — and perhaps more important, why they buy them.

The 2019 Z4 sDrive30i hits dealerships in March, with the M40i to follow at an unspecified later date.