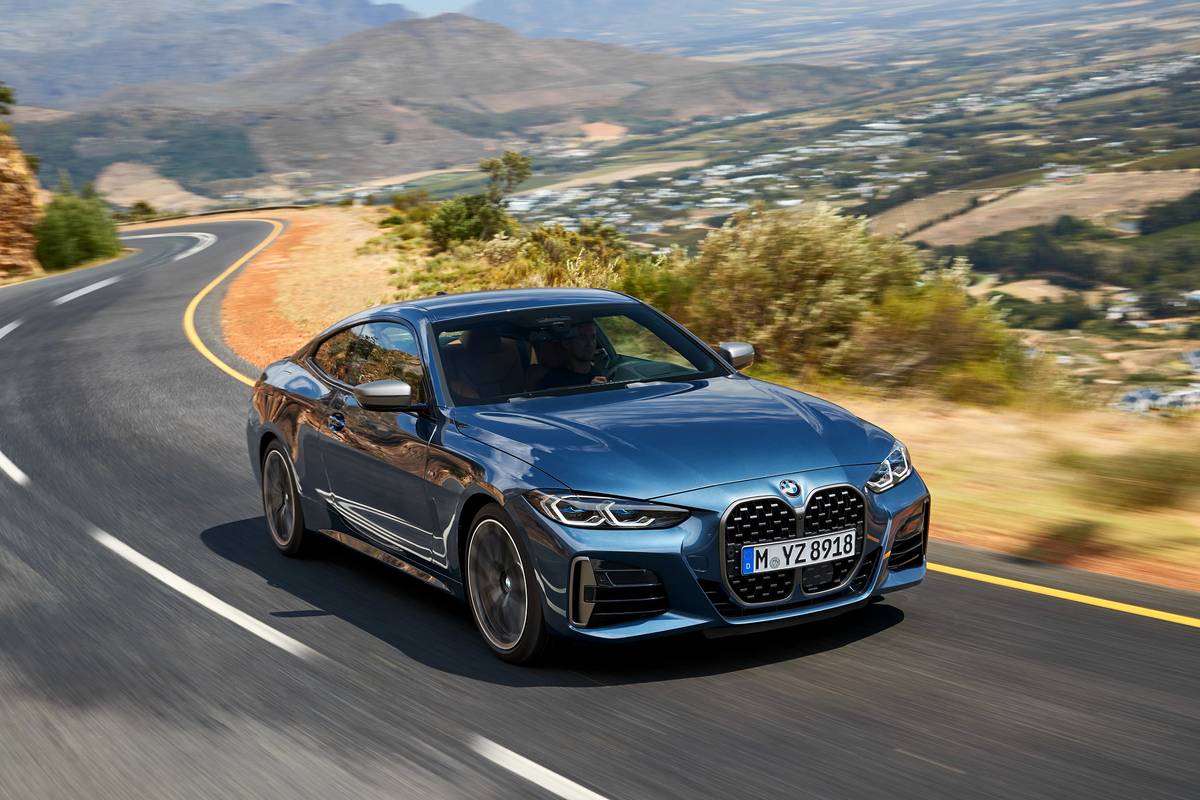 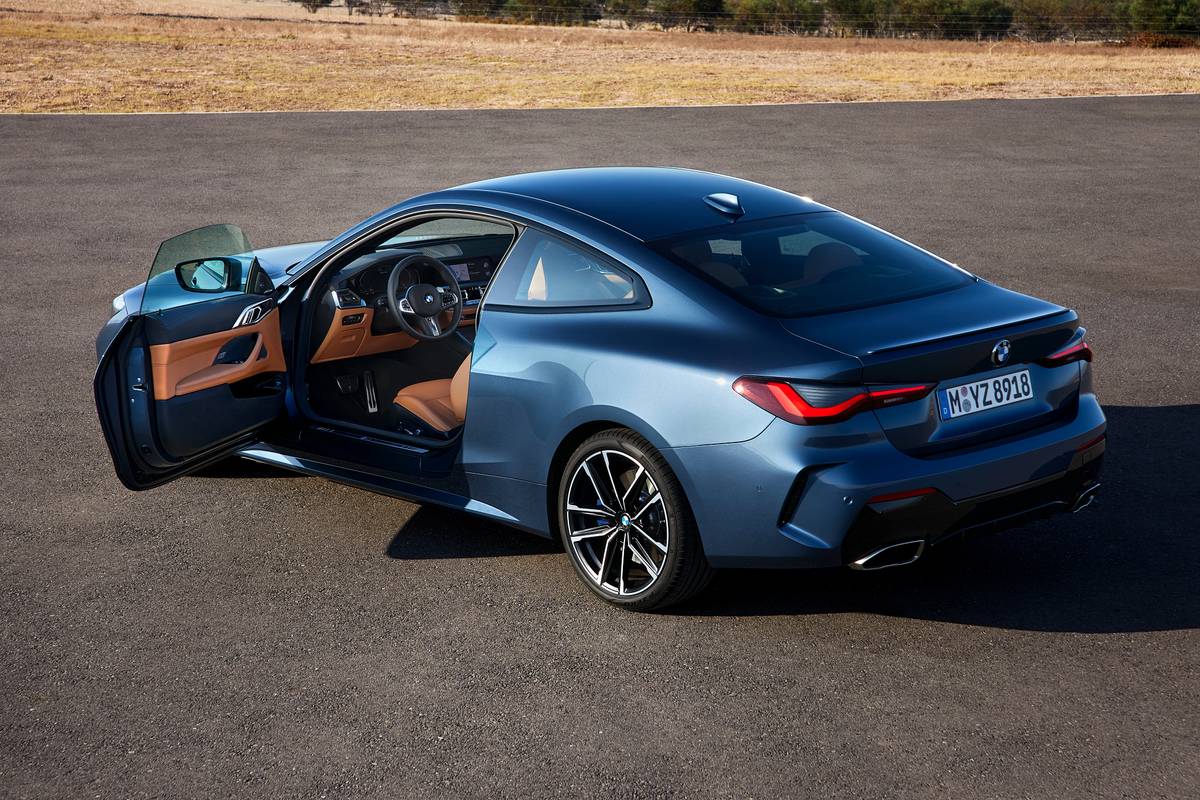 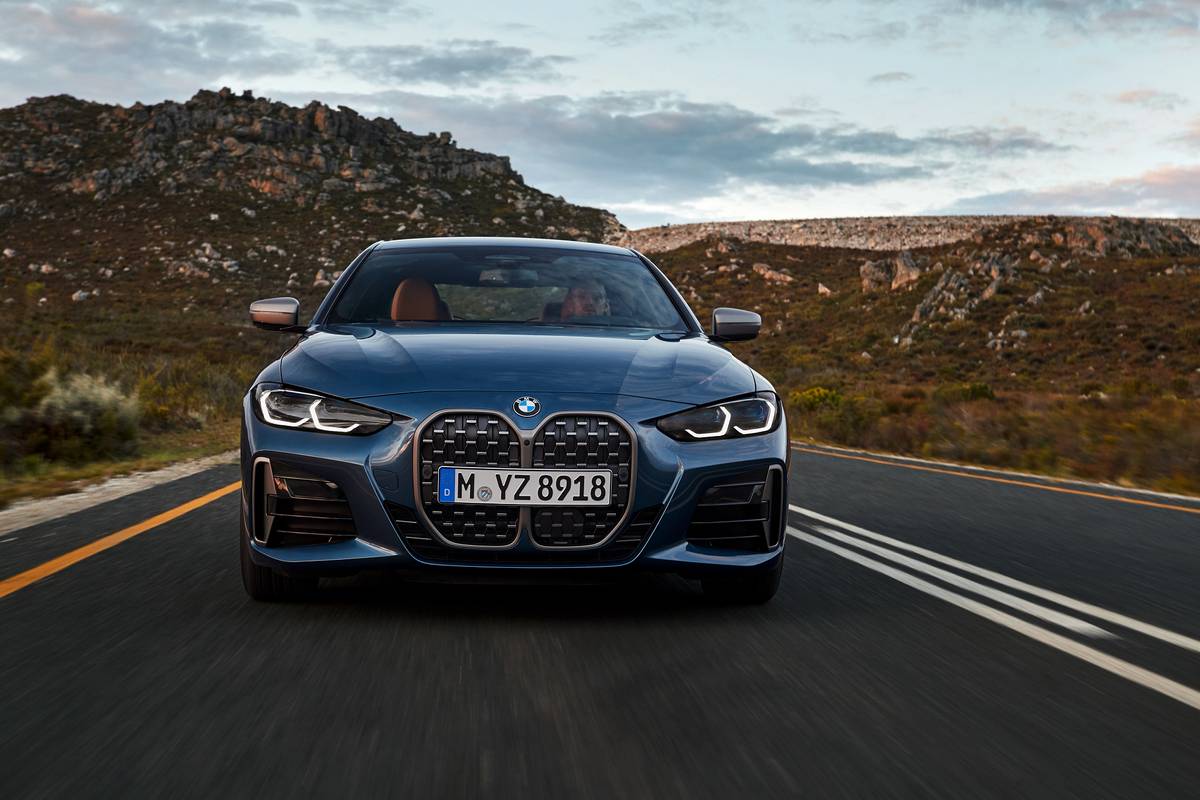 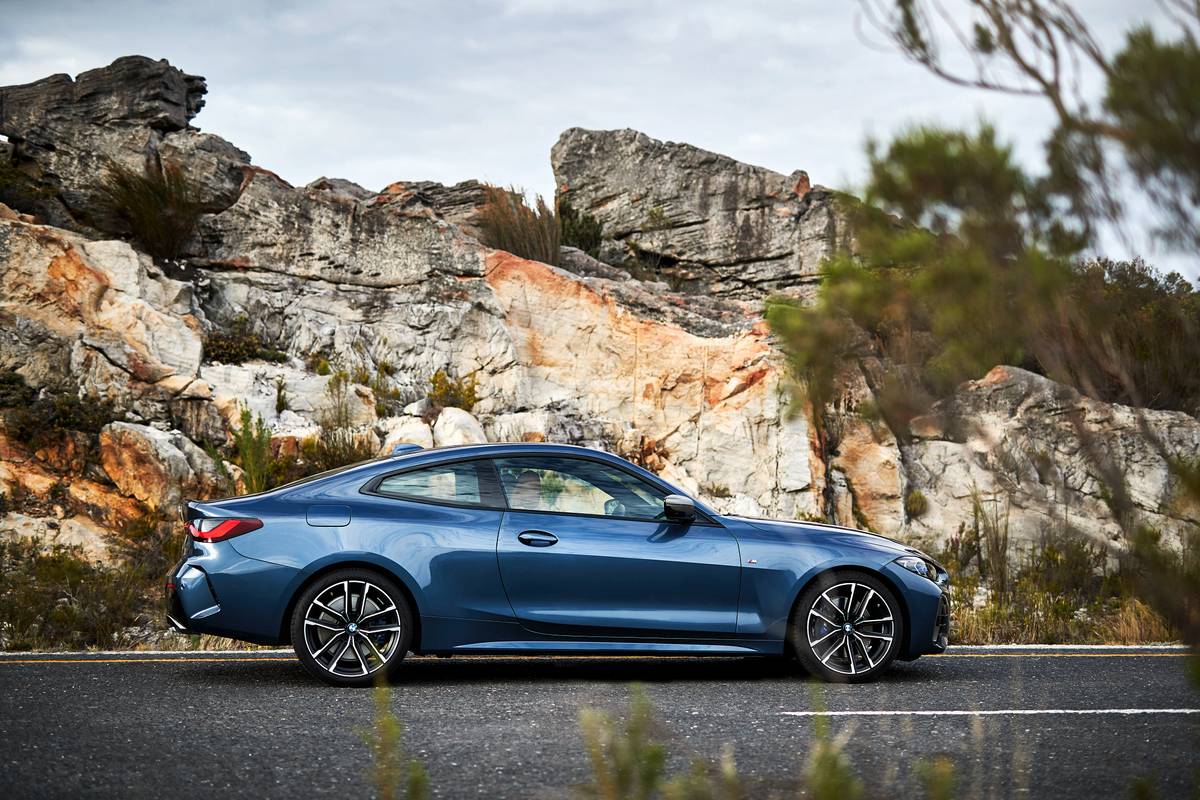 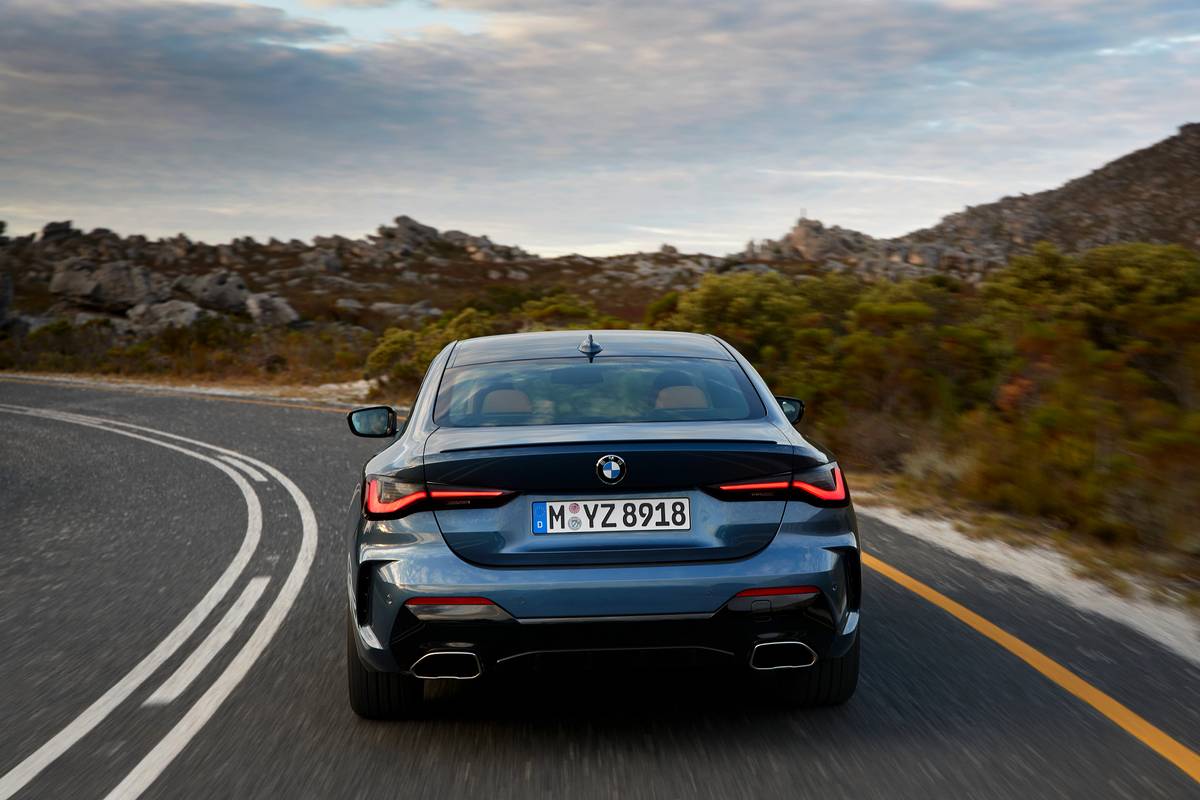 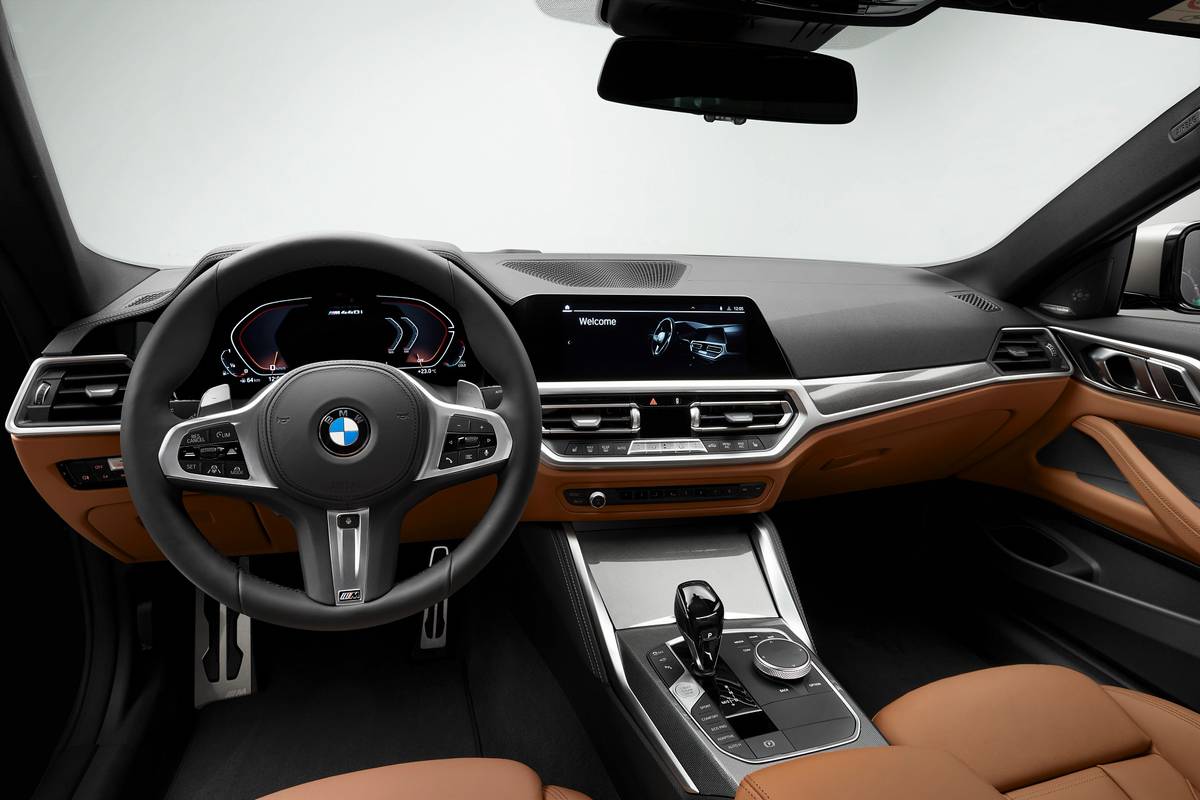 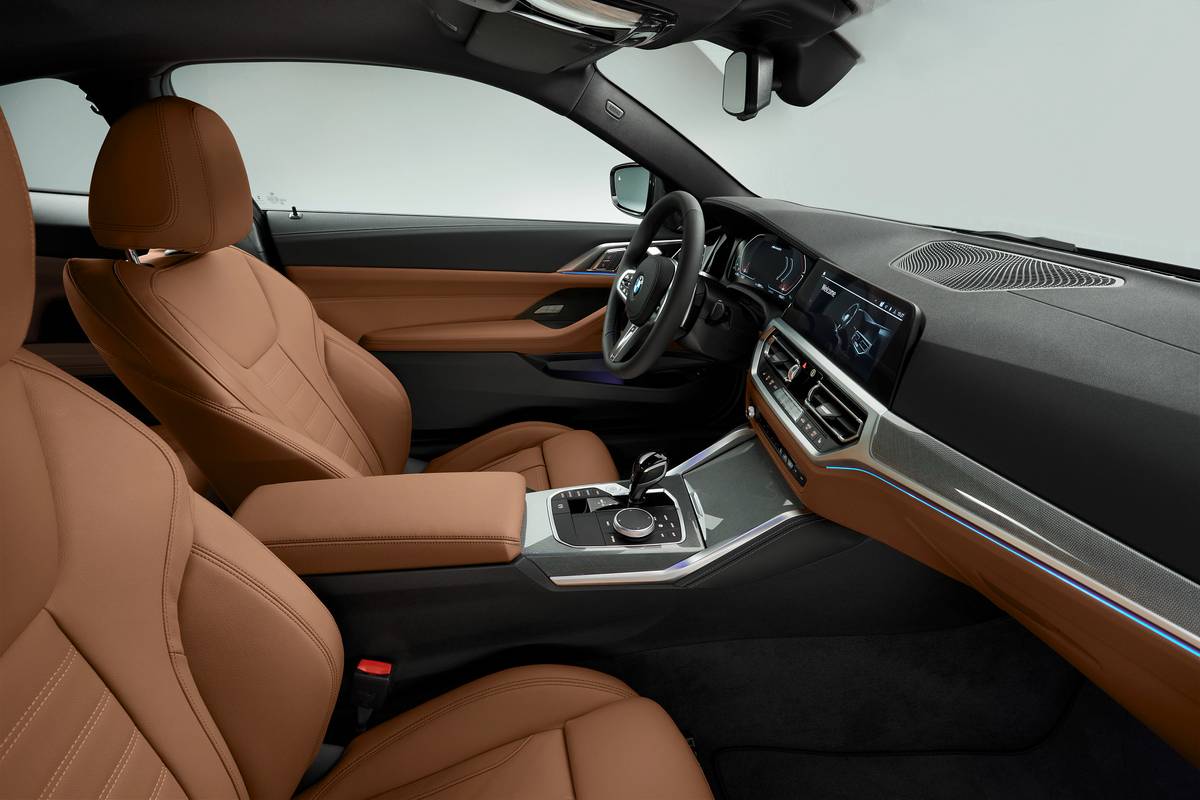 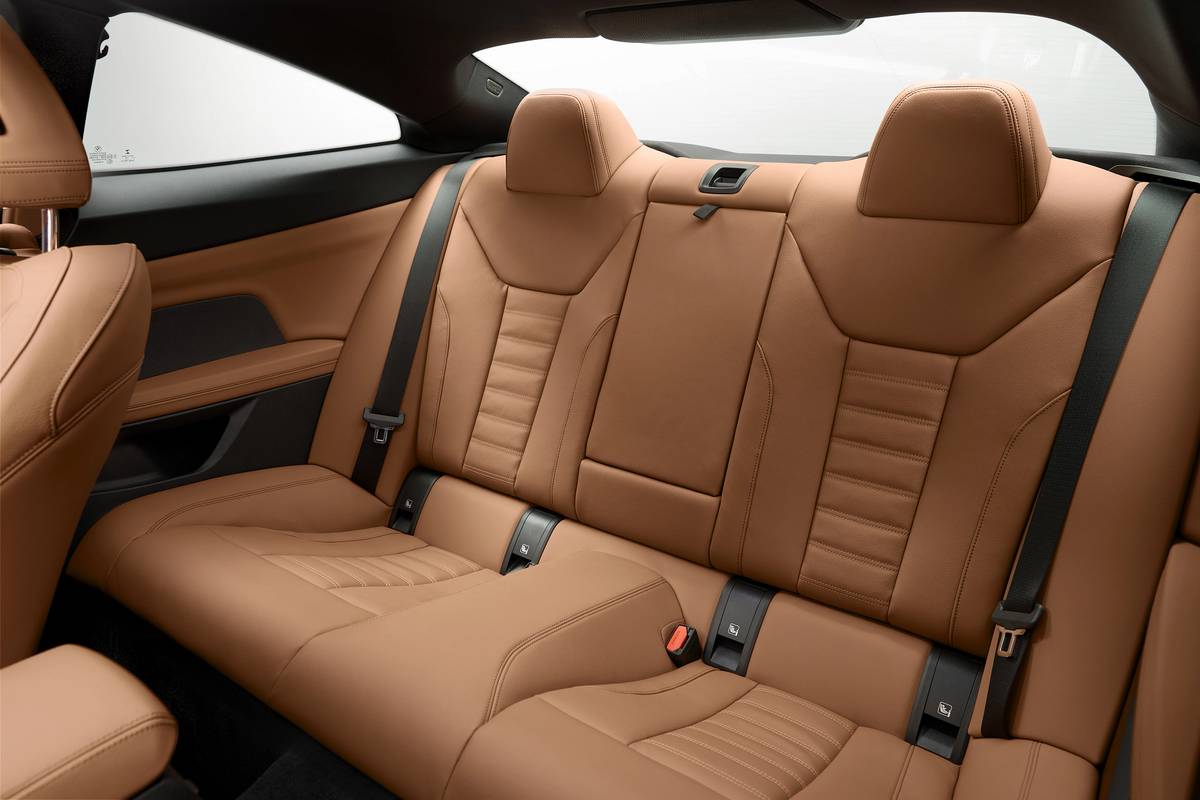 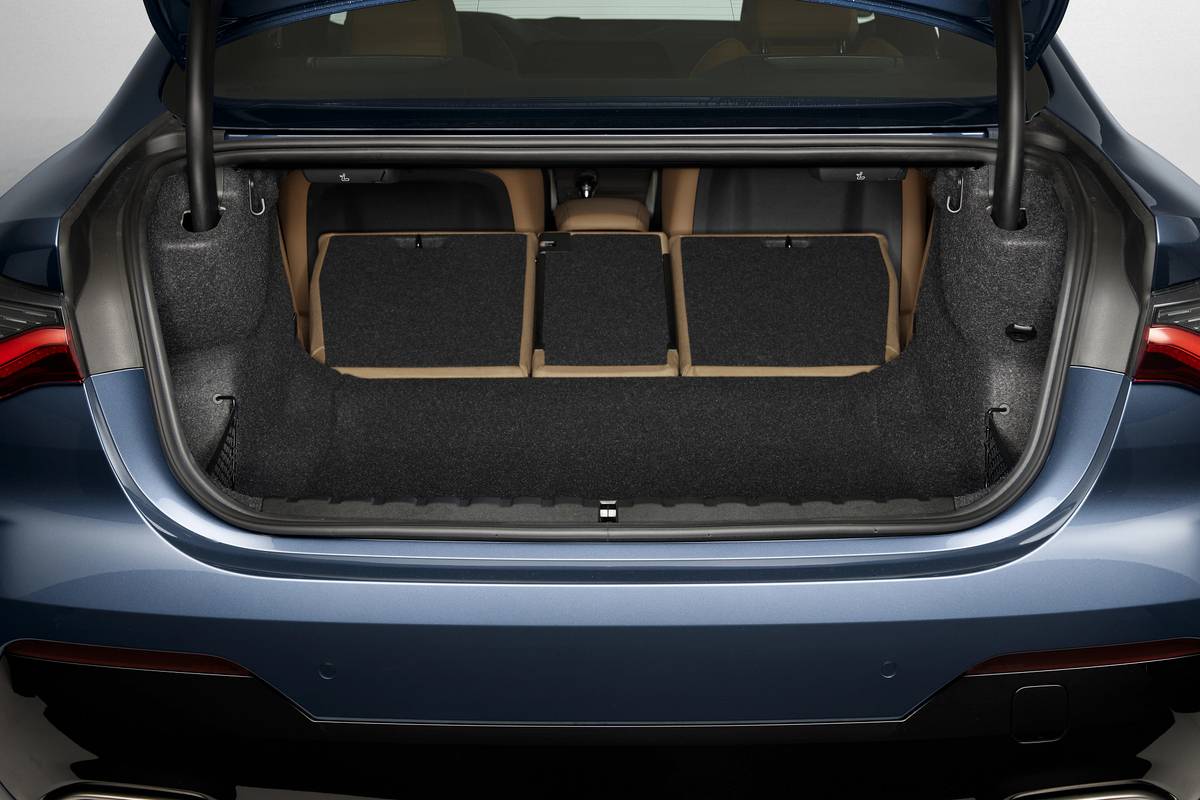 Competes with: Audi A5 and Mercedes-Benz C-Class

Looks like: The 4 Series gets more polish for its sophomore season

BMW just unveiled a redesigned version of its 4 Series coupe for 2021 with more power, torque and technology than the previous generation. The 4 Series first hit the market in 2014, and the new, second-generation version goes on sale globally in the fall.

The 4 Series grows in size for 2021. The new model rides on  a 1.6-inch-longer wheelbase; it’s 5.2 inches longer and an inch wider overall. BMW says its updated design makes it more aerodynamic.

The 430i and 430i xDrive models wear open-pore oak grain trim; M440i xDrive versions have aluminum paneling instead. Optional on both is high-gloss ash-gray wood trim or aluminum mesh trim. Leather for the seats and surfaces is optional and available in a variety of colors.

The iDrive 7 multimedia system with navigation is standard. BMW said the system’s maps function has been enhanced for more accurate and dynamic routes as well as additional point-of-interest details. The multimedia system is controlled via a touchscreen or using the iDrive controller. The standard screen is 8.8 inches; a 10.25-inch screen is optional. Also standard are wireless Apple CarPlay and Android Auto compatibility.

The new 4 Series also uses the latest version of the BMW Intelligent Personal Assistant voice recognition system, activated by saying “Hey, BMW.”  It can now be used for things like opening and closing the car’s windows or adjusting the air conditioning.

The AWD-only M440i xDrive model gets power from a turbocharged inline-six-cylinder engine good for 382 hp and 369 pounds-feet of torque, up 62 hp and 39 pounds-feet, respectively; it does 0-60 in 4.3 seconds. M440i xDrive models get a standard rear M Sport differential, which manages the torque between the left and right rear wheels under acceleration.

Standard on the six-cylinder model is a 48-volt mild-hybrid system. The starter generator improves both fuel efficiency as well as performance. BMW says it can be used during hard acceleration to increase performance or power the car’s electronic systems. The automaker also says the automatic stop-start function can turn off the engine while the driver is braking for a stop as soon as the speed drops below 9 mph.

Both models use a standard eight-speed automatic transmission; a manual transmission is no longer available. BMW says the eight-speed is updated and works with the standard navigation system. It uses data from the system and the optional Active Cruise Control system’s radar sensors to plan gear changes related to turns and changes in speed.

The sedan is set for a global market launch in October; no word yet on a redesign of the convertible version.

Editor’s note: This story was updated Sept. 29, 2020, to reflect that the engines use a single turbocharger instead of twin turbocharging.