Volkswagen dropped some sketches today teasing a light freshening for its 2021 Atlas, the big three-row SUV that has been a success for VW, even as the company increasingly turns its attention and energy to electric vehicles. The 2021 Volkswagen Atlas will go on sale in May just after its new 2020 Atlas Cross Sport two-row variant hits dealerships in March — and much of the mid-cycle sprucing up has been foreshadowed by the Cross Sport.

The revised Atlas will be unveiled in February at the 2020 Chicago Auto Show, according to a media briefing in Michigan by Hein Shafer, VW’s U.S. product marketing vice president, and reported by Automotive News. Reporters were shown a 2021 Atlas and provided some additional details but no photos were allowed. The Atlas was new for 2018 and won Cars.com’s three-row SUV comparison test in its debut year; we also named it our overall Best of 2018 winner, after which we purchased one for our long-term fleet and reported on our ownership experience for a year.

The exterior gets revised front and rear looks that pick up some of the details from the new two-row Cross Sport, including a deeper grille with an additional bar and revised LED headlights underscored by hockey-stick-shaped daytime running lights. Reshaped LED taillights have a pattern that echoes the new DRLs. The front bumper is more prominent and adds a couple inches in length thanks to a structure to improve pedestrian safety. The reshaped rear bumper is topped by a full-width red reflector, also similar to the Cross Sport. 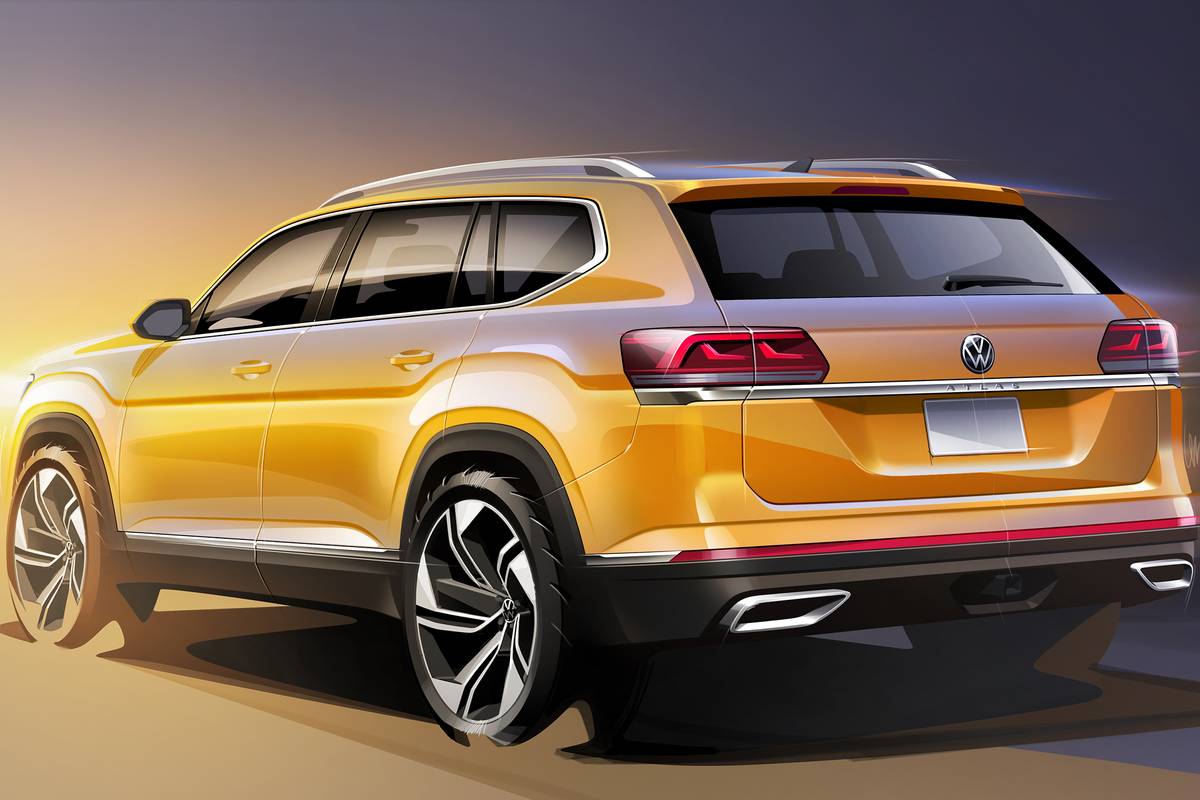 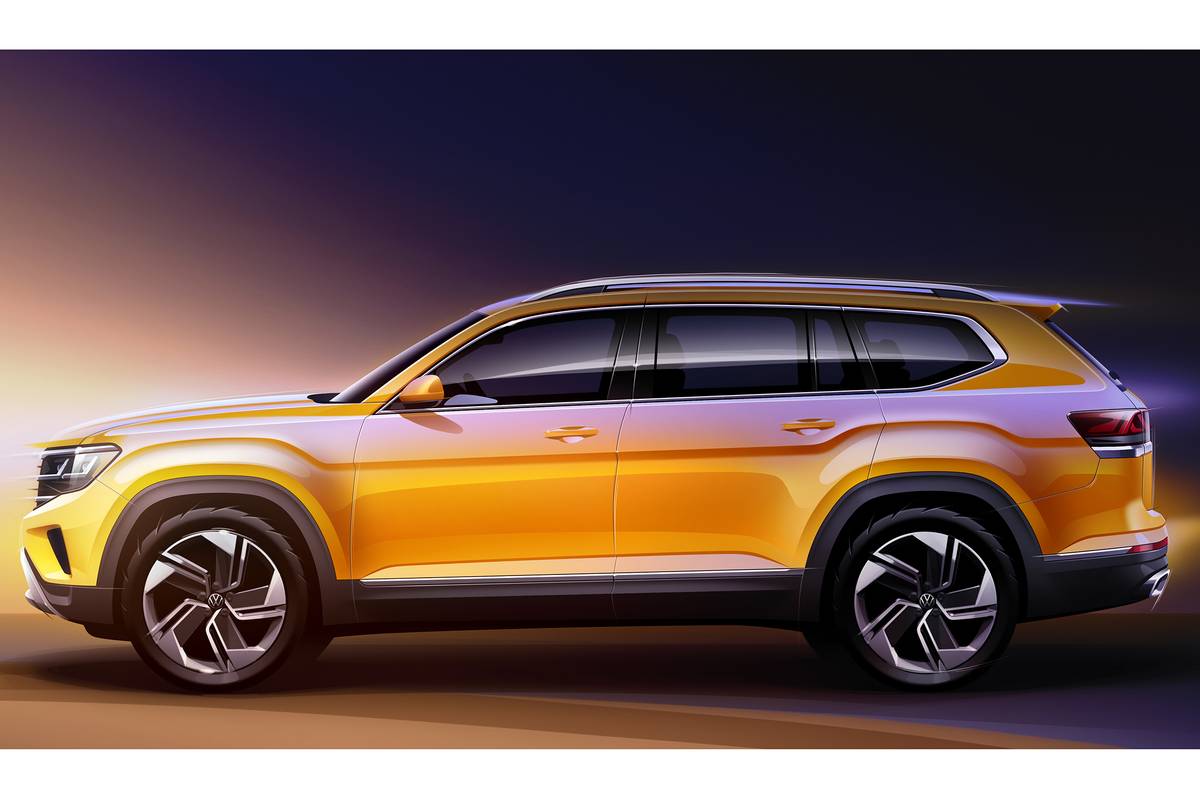 There are signs of the Cross Sport inside, as well, with a new D-shaped steering wheel and more stitching, for at least some trim levels. And available additional tech includes upgraded infotainment software and wireless device charging. Updated driver assistance tech will include  adaptive cruise control with stop-and-go along with low-speed lane centering. The new system also will be available on the Cross Sport, making it one of the first Volkswagen-brand vehicles to offer lane centering. No mention was made of additions to the four-cylinder and V-6 powertrains but all-wheel drive now will be available with the four, as it will be also for the Cross Sport.

The new Atlas comes even as the auto show debut of the Cross Sport in Los Angeles in November took second billing there to the U.S. unveiling of VW’s ID. Space Vizzion Concept electric wagon.