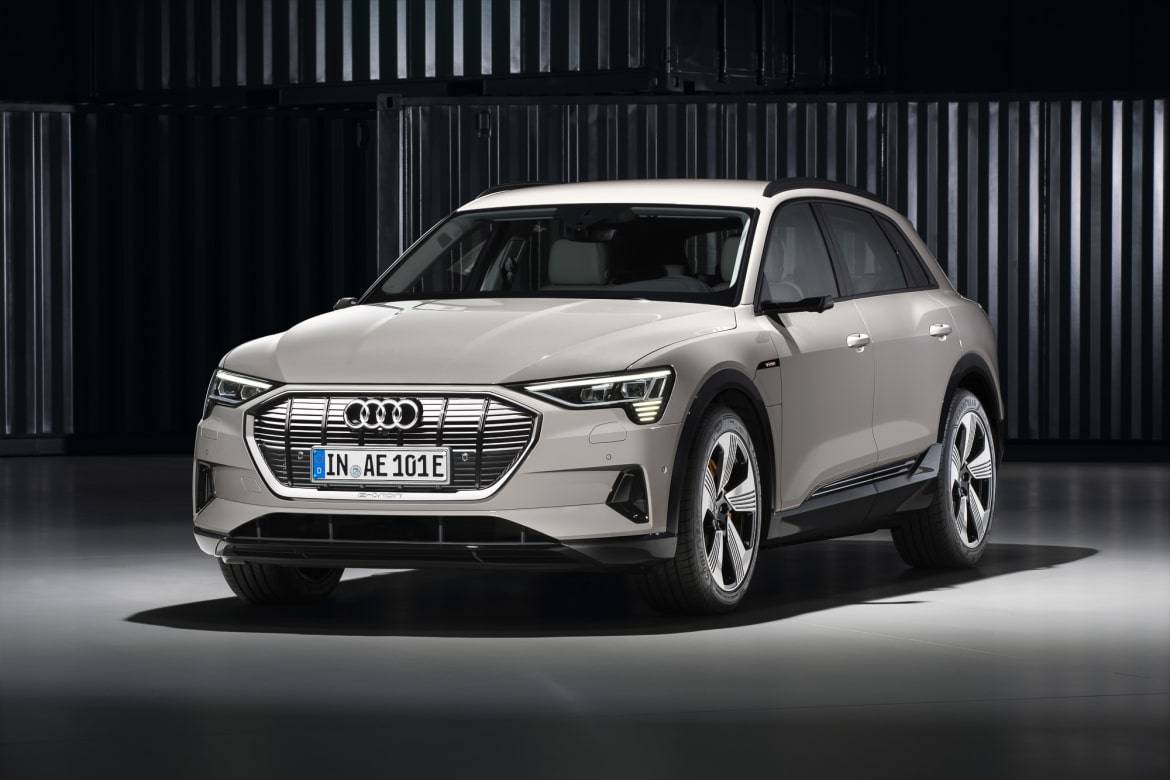 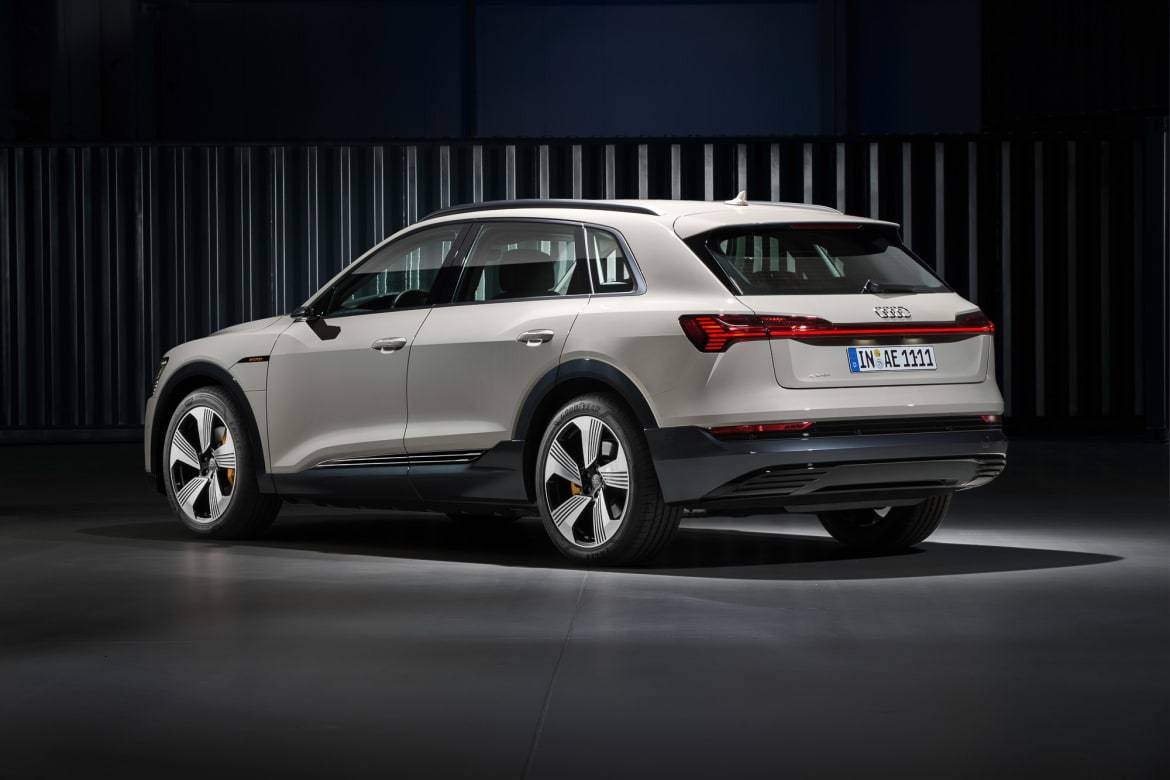 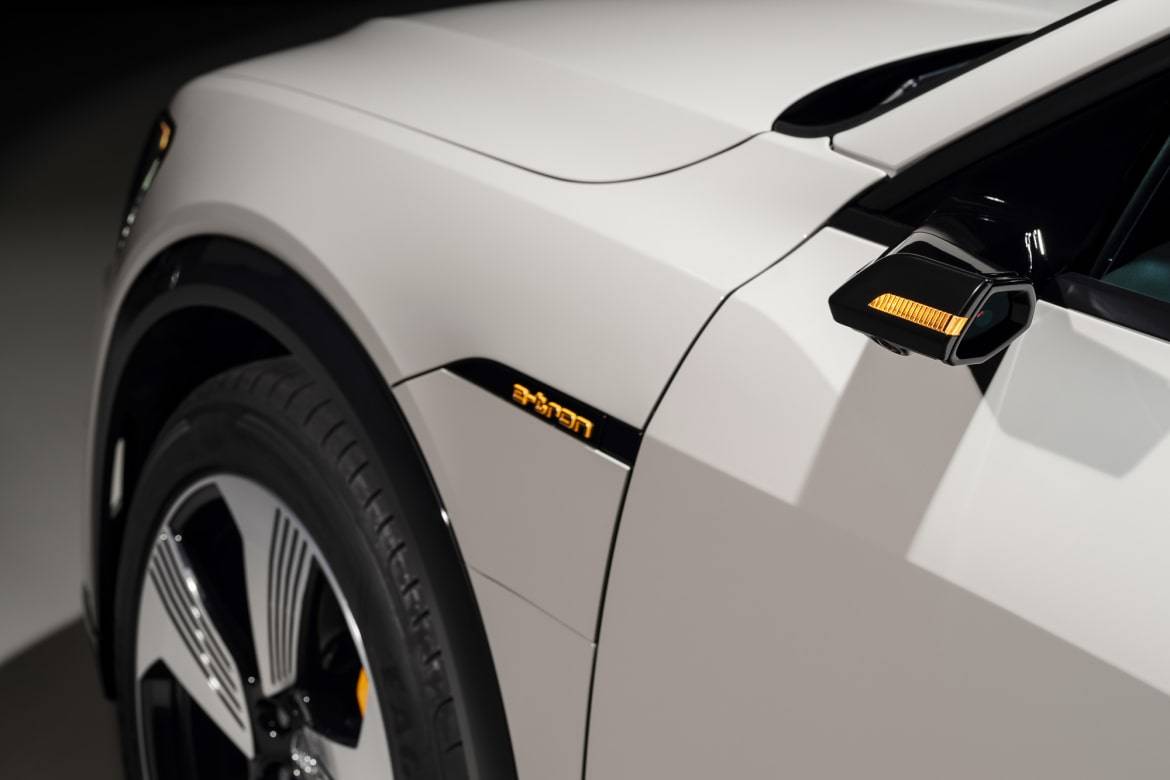 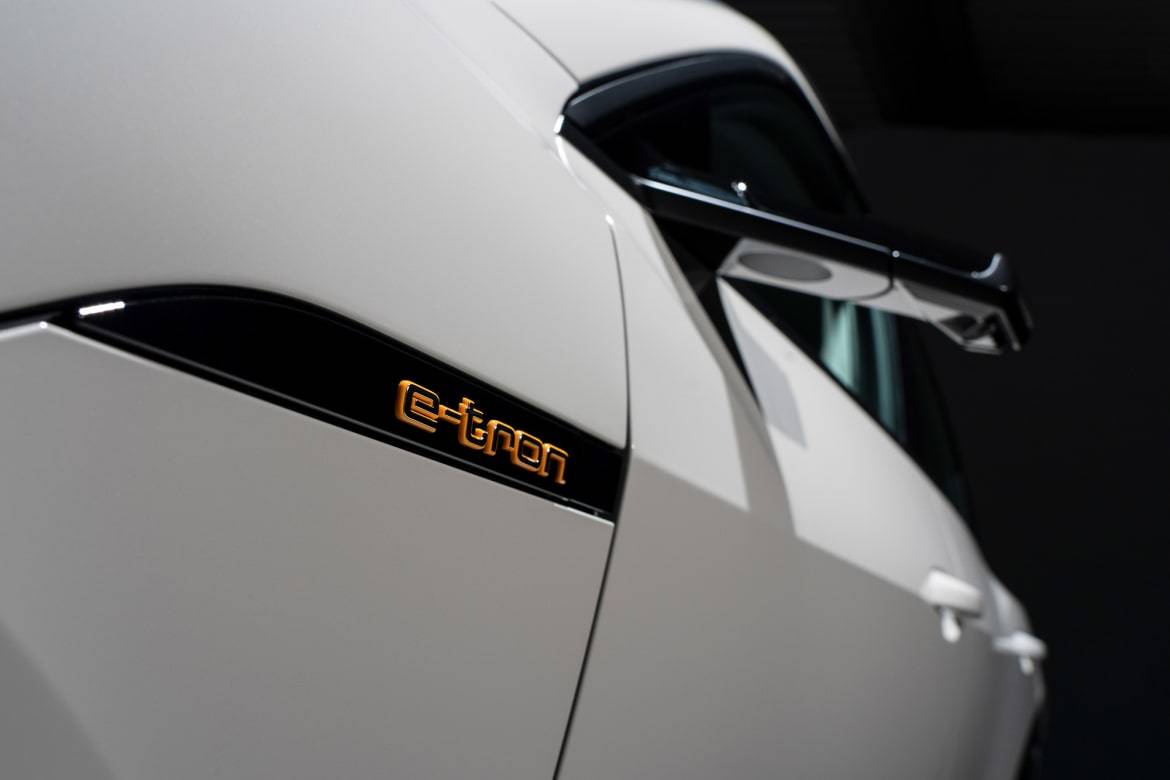 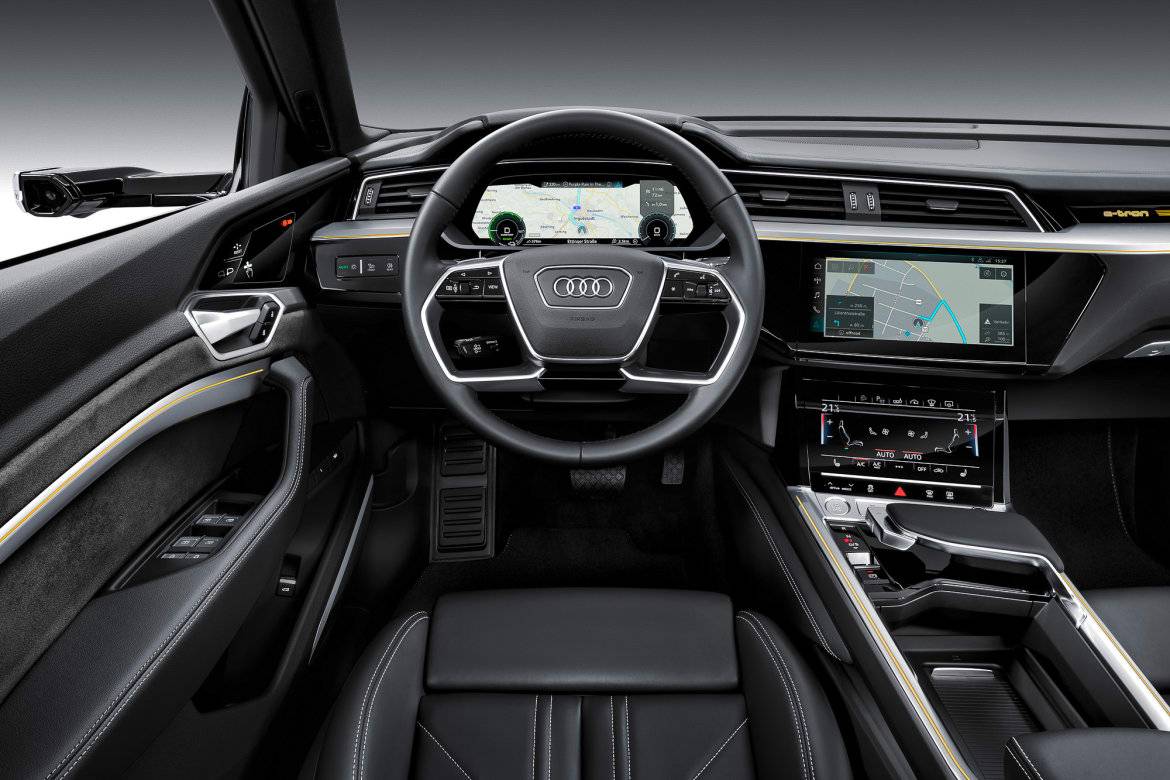 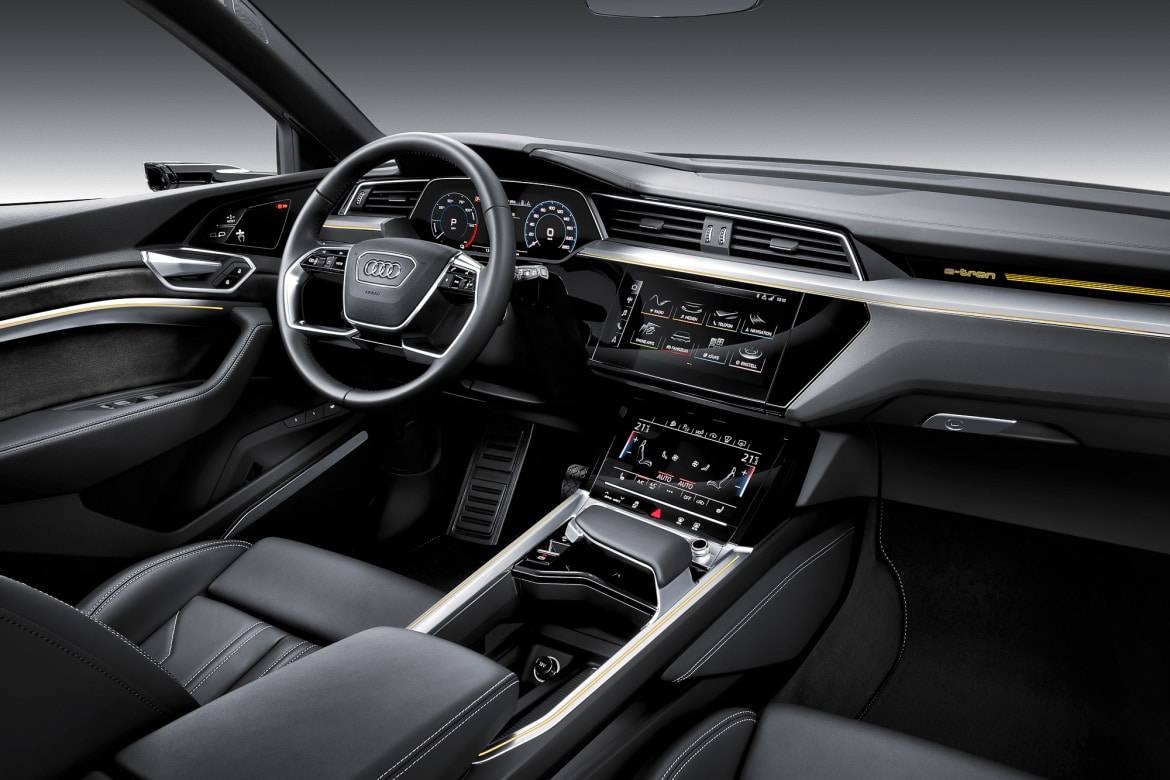 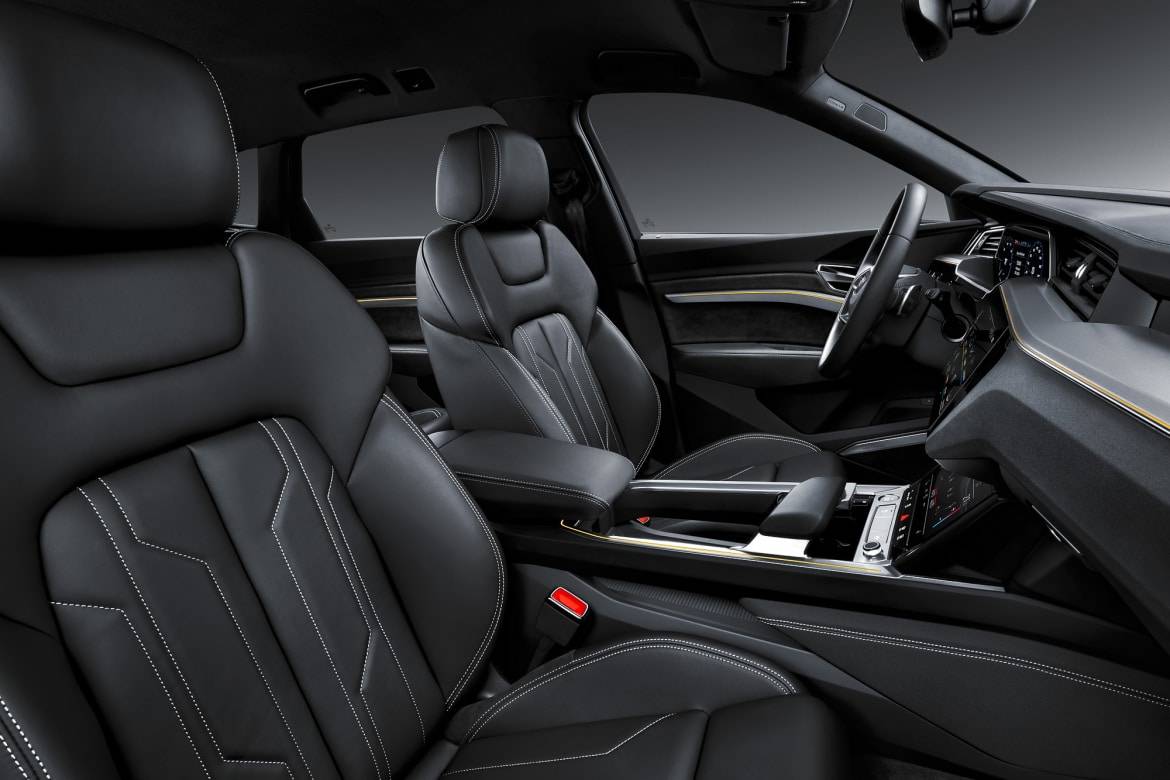 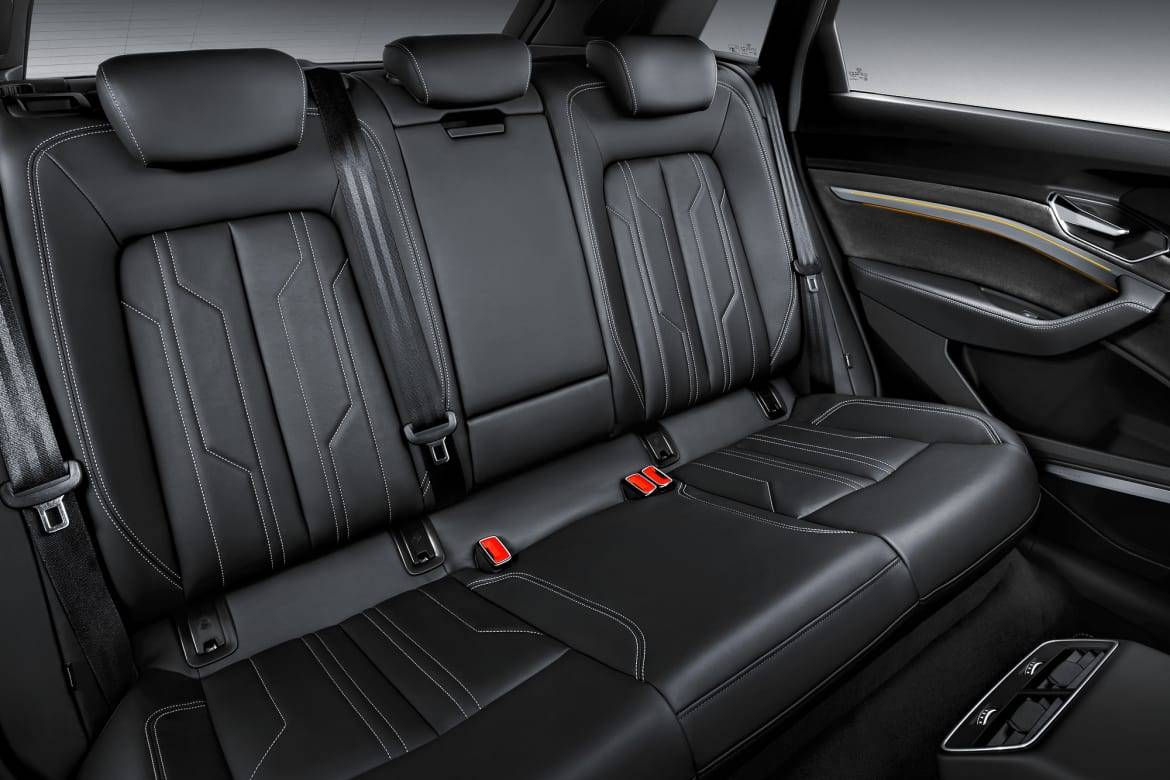 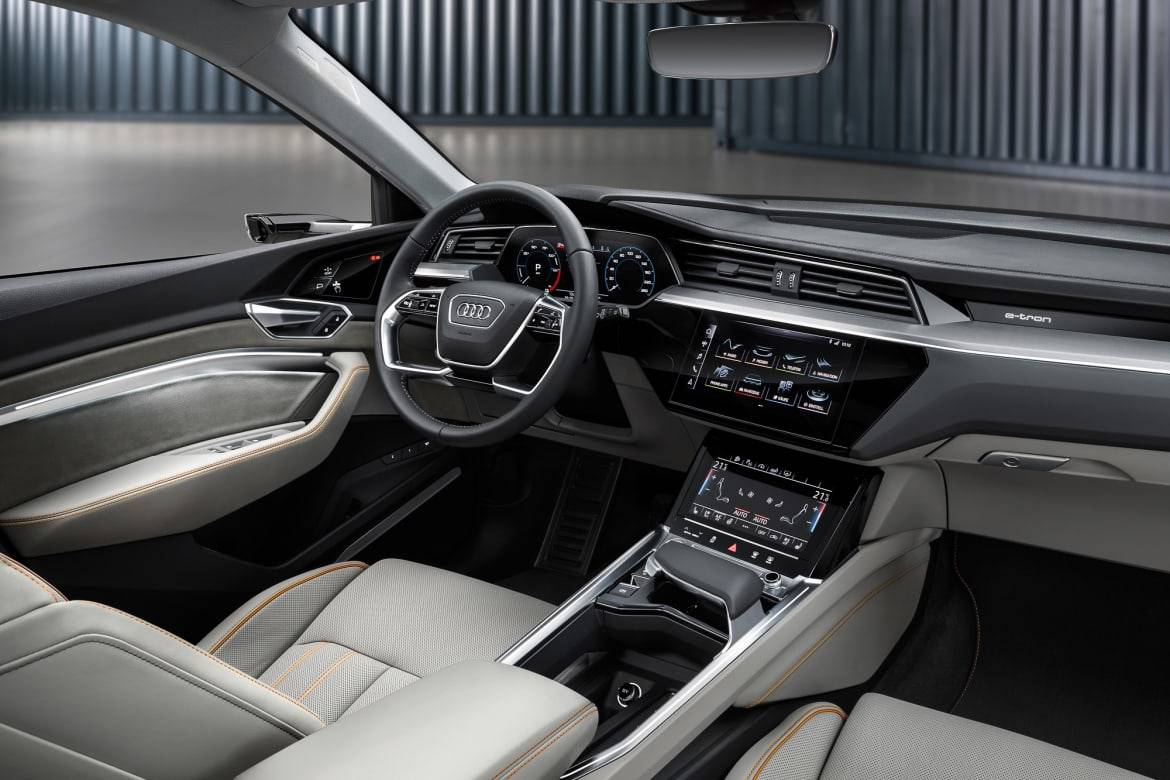 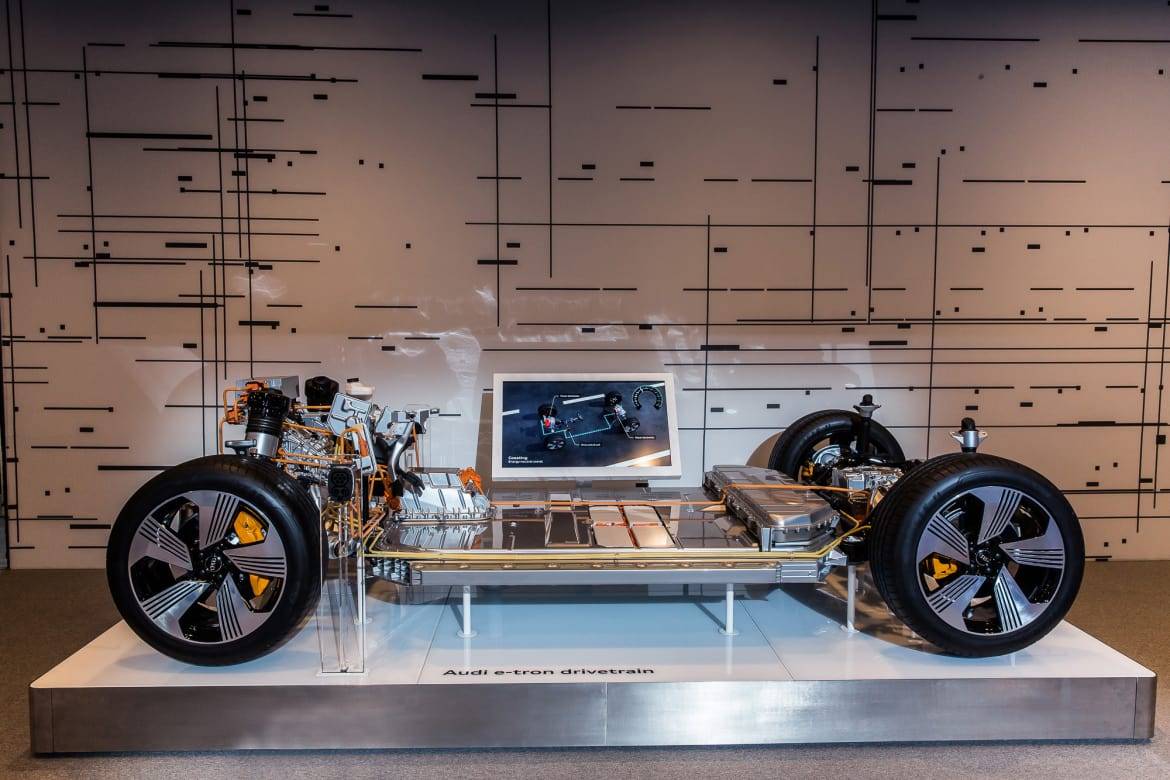 Audi has started taking U.S. reservations for its new e-tron electric compact SUV, its rival to similar new SUVs coming from other luxury automakers, that will start at $75,795 with destination before any available tax subsidies. The high-end electric SUV wave — which includes the Jaguar I-Pace going on sale this fall, as well as the coming Mercedes-Benz EQC and BMW iX3 SUVs — will challenge Tesla’s lead in luxury electric vehicles. The I-Pace starts at $70,495 with destination.

The e-tron, unveiled at an event in San Francisco Monday night, will have a base Premium Plus trim level as well as a more luxurious Prestige model starting at $82,795 and a limited First Edition model with special trim and features starting at $87,695. A reservation requires a refundable $1,000, and Audi says delivery is expected by mid-2019.

While some U.S. details remain to be revealed, including horsepower and an estimated range on a full charge, here are seven things beyond pricing that we did find out about the new Audi:

Looking very Audi and a bit like a mashup of design elements from the German brand’s other SUVs, the five-seat e-tron is 193 inches long on a wheelbase of 115.1 inches. That compares with a 117.7-inch wheelbase and 184.3-inch length for the compact Jaguar I-Pace. Cargo space is 28.5 cubic feet behind the second row and 57 cubic feet with it folded, both of which are a bit more than the I-Pace’s 25.3 and 51 cubic feet. And like the I-Pace, there is a small front trunk (or “frunk”). With an optional tow package, it also can pull up to 4,000 pounds.

Audi did not give us net U.S. horsepower or torque for the two electric motors, which it said would be announced closer to launch. It did, however, estimate zero-to-60-mph performance of 5.5 seconds and a top speed of 124 mph. All-wheel drive that can predictively engage the front axle is standard, as is an adaptive air suspension that can raise or lower the vehicle up to 3 inches in response to speed, driving conditions and selection among the seven drive modes.

All e-trons will have a 95-kilowatt-hour battery pack under the floor that has its own temperature management system to recover heat waste and help condition the cabin as well as extend range. Audi didn’t specify U.S. range, but the size of the battery would suggest something north of 200 miles. The e-tron will feature standard DC fast-charging capability up to 150 kilowatts — increasingly available at public stations — that can deliver an 80 percent charge in roughly 30 minutes. Also standard is 9.6-kilowatt charging capability for a 240-volt home charger; Audi did not estimate a charge time other than to say “overnight.”

An Audi app provides remote charging and cabin-conditioning control, and Audi also announced a deal with Amazon to have Amazon Home Services provide a home charging installation that can be ordered online. Buyers will get 1,000 kilowatt-hours of free charging at public sites from Electrify America, the charging network being created by Volkswagen as part of its settlement for the diesel emissions scandal.

The e-tron includes many aerodynamic features, including special 20-inch wheels and underbody panels, but one we won’t see soon in the U.S. are the slim side cameras in place of conventional mirrors. The image is displayed on each side of the interior, and while they’re more aerodynamic and can cut noise, they also pose other potential issues and are not yet allowed by U.S. regulators.

The e-tron motor system is designed to recover energy as soon as you back off the accelerator as well as when you press the brake pedal. The motors also supplement the braking by the friction brakes, and Audi estimates that the e-tron motors will provide the deceleration in 90 percent of braking situations. Steering-wheel paddles also let the driver specify the amount of regeneration, allowing near-one-pedal operation in the most aggressive setting.

The e-tron interior will seem familiar from Audi’s latest redesigned models, such as the new Q8, including a configurable instrument cluster and the new two-touchscreen multimedia and control system with 10.1-inch and 8.6-inch screens. But an e-tron detail is a hand rest above the console that incorporates a gear selector operated with your thumb and index finger. Navigation is standard, including EV-specific details such as route mapping that includes public charging stations. A panoramic moonroof and four-zone climate control are standard.  An expected selection of luxury options is offered, including a selection of upholstery and trim, massaging seats, ambient lighting and Bang & Olufsen premium audio.