As Dodge prepares to sunset its gas-powered Challenger and Charger muscle cars in favor of a fully electric variant, the brand has unveiled more details on the Charger Daytona SRT Concept’s powertrains, performance specs and upgrade packages at the 2022 Specialty Equipment Market Association Show in Las Vegas. While still just a concept in name, it’s safe to assume that the showcased electric vehicle (or something close to it) is headed to production in the near future.

At its initial reveal in August, Dodge told us that the Charger Daytona SRT Concept will offer a 400- and 800-volt architecture with three levels of performance for each model: the base trim plus two available upgrade packages that can be installed via over-the-air updates. The brand keeps its word as it showcases the powertrains, horsepower specs and a duo of upgrade kits for the 400-volt models; details for the 800-volt Banshee remain under wraps for now.

The 400-volt powertrain offers the choice of two models: a 340-kilowatt (455-hp) base trim and a higher-output 440-kW (590-hp) option. But the electrified muscle car’s performance potential doesn’t stop there. Each model can be upgraded with two Dodge Direct Connection (DC) performance options — Stage 1 and Stage 2 — that are activated via a piece of hardware called a “crystal” key that plugs into the dash. With Stage 1, the 340-kW model gets a boost from 455 to 495 horses in the base trim; meanwhile, the Stage 2 option promises up to 535 hp. Moving up to the 440-kW model, the base trim’s 590 hp is bumped to 630 with Stage 1 and a whopping 670 horses with Stage 2. 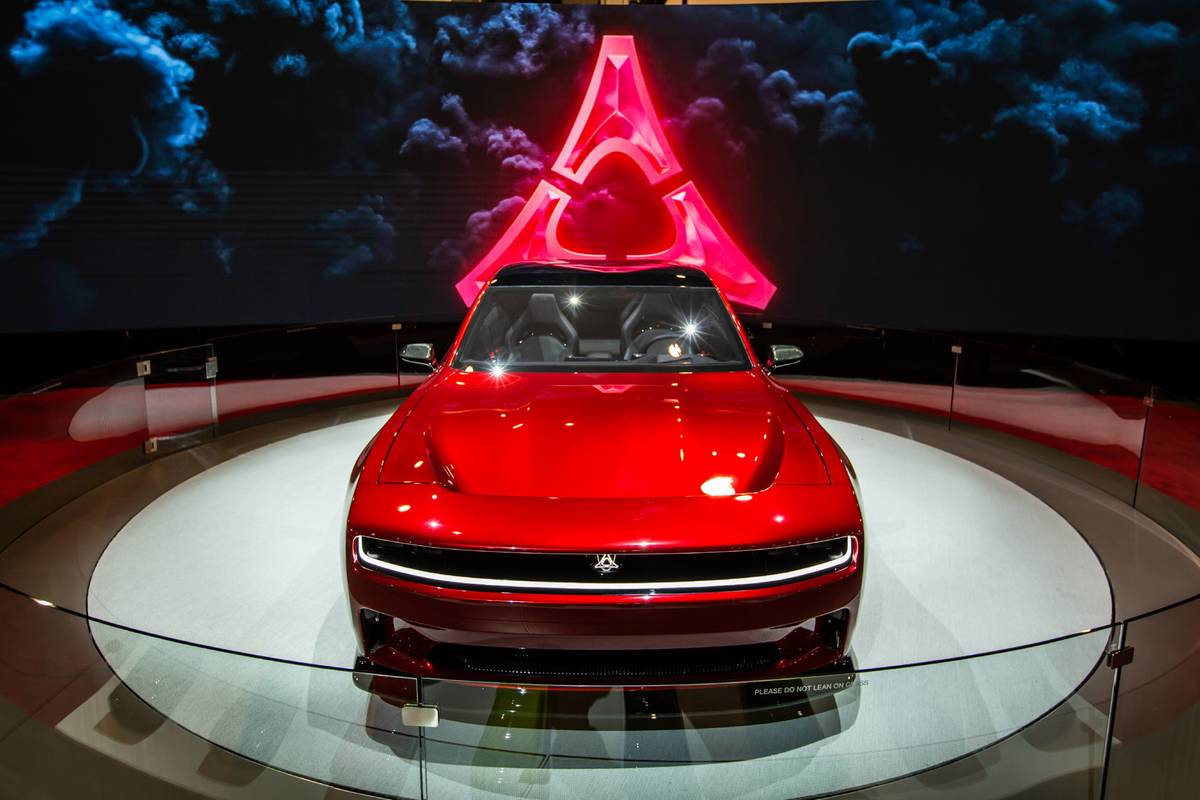 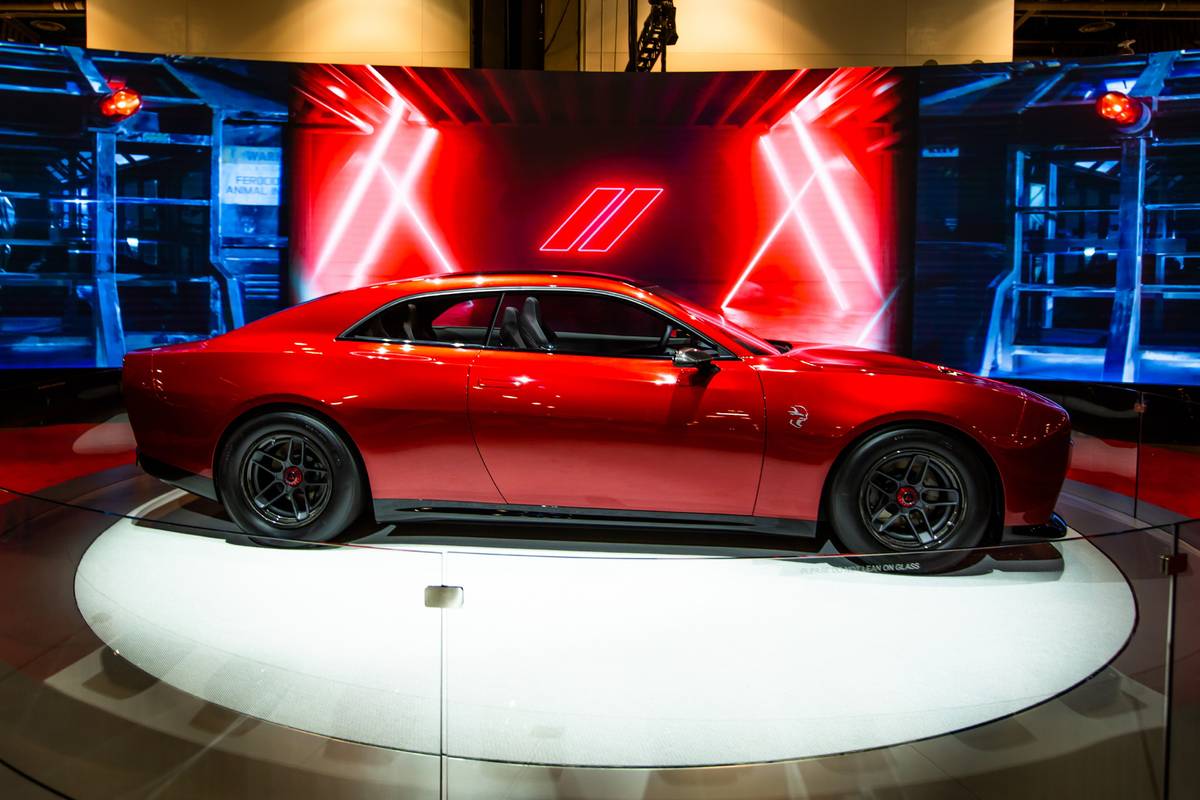 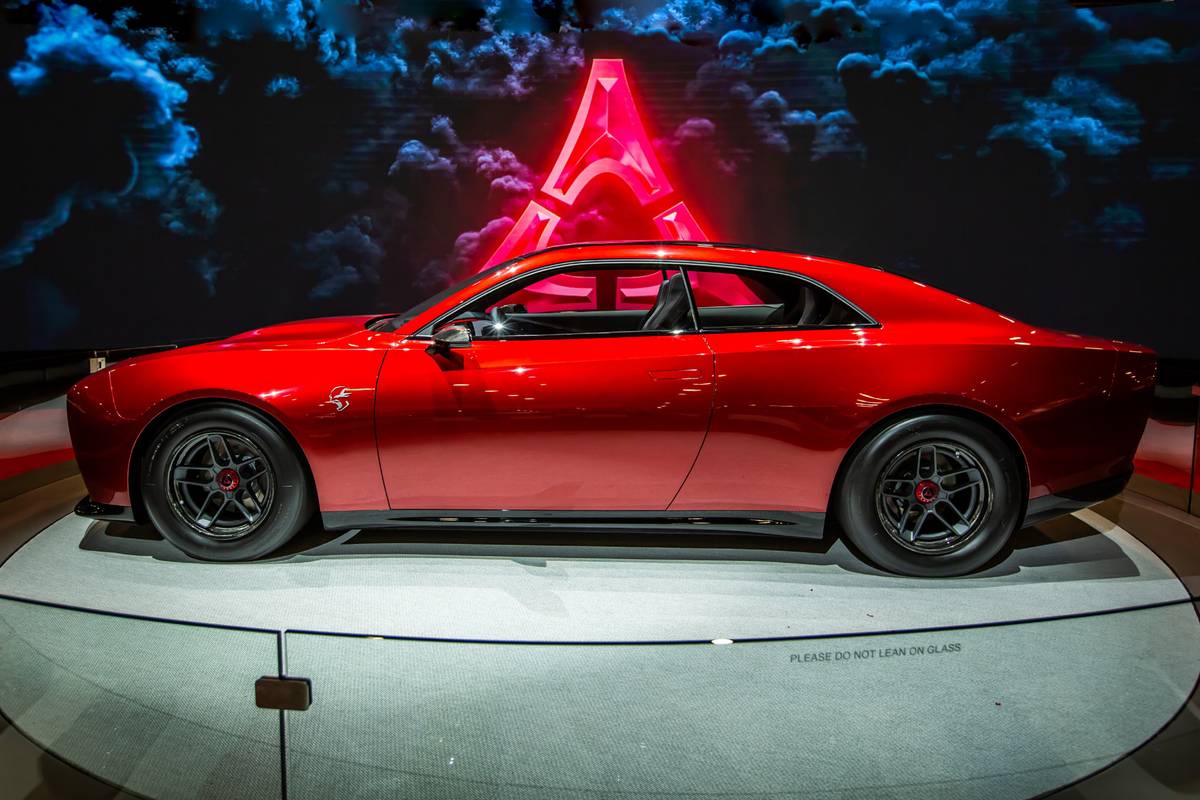 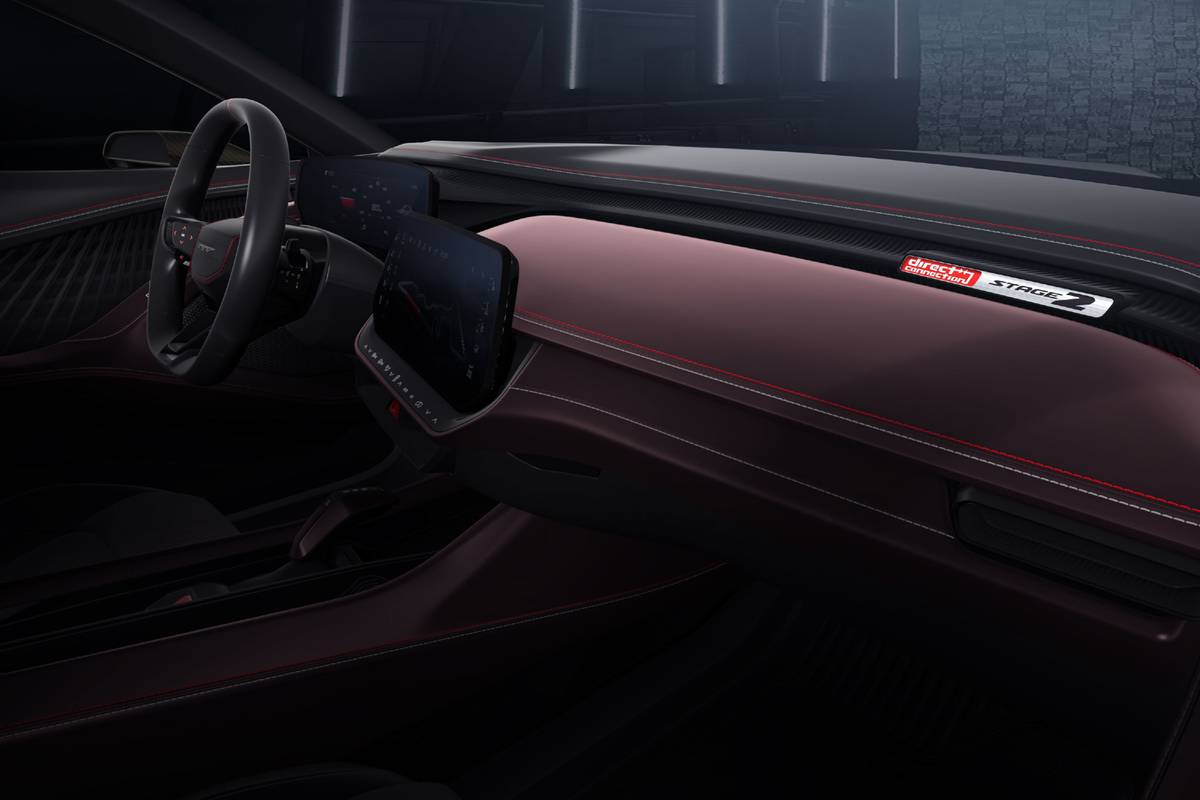 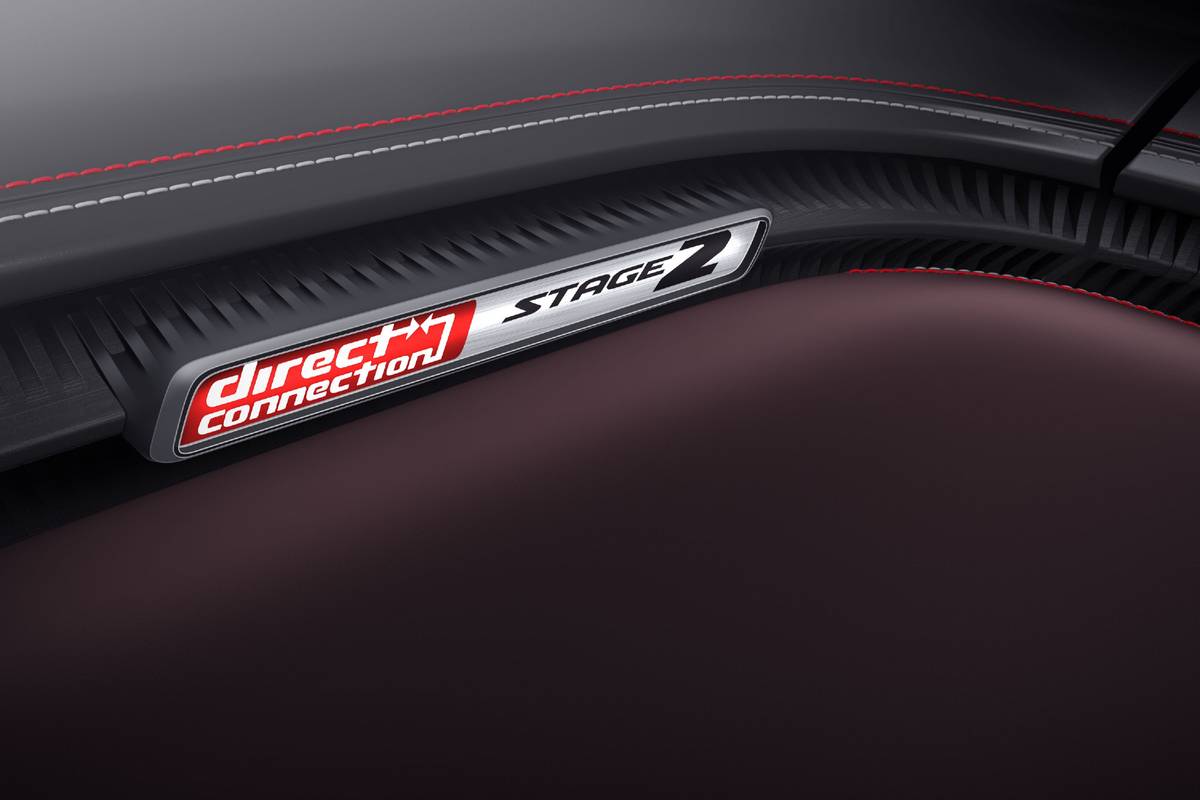 In addition to previewing its powertrain and performance, Dodge shows off a handful of new visual and audible features for the EV. Among these are the concept’s tri-coat Stryker Red exterior paint color, 18-inch carbon-fiber wheels, drag radial tires and “Stage 2” fender badges that come with the respective upgrade package. The brand will also be gauging consumer feedback for the concept car’s Fratzonic Chambered Exhaust system, which generates up to 126 decibels of simulated engine noise, helping ease the transition from gas to electric for muscle car enthusiasts.

It remains unclear when Dodge plans to start production of the EV and which features will (or won’t) make it to production, but a spokesperson for the brand has stated that this is not just a “science project,” but a representation of the electrified replacement for Dodge’s current muscle car duo.