Part of wise vehicle ownership is to maintain your service records — whether they’re held electronically, stashed into the glove compartment or stuffed in that box of receipts in your attic. At minimum, having these records will help you prove the vehicle has been properly maintained when it’s time to sell it. The online owner’s portal for Genesis, Hyundai’s budding luxury brand, promises to make record keeping even easier: After any official retailer takes in your G70, G80 or G90, Genesis will automatically post records in your portal.

That sounds great — except for when the portal doesn’t update. As Cars.com reported on July 3, our long-term G70 lacks such records despite three trips to the dealer. More than a few other owners have likely had a similar experience: Two-thirds of Genesis dealers don’t have processes in place to upload service records to the owner’s portal automatically.

Genesis has 320 showrooms nationwide, all of them operating out of Hyundai dealerships. But the showrooms operate as separate franchises that need distinct backend software, as well as agreements to share data between the Hyundai and Genesis sides. Kevin Smith, a spokesman for Genesis, told Cars.com that some 210 retailers — some two-thirds of the entire group — lack either the backend systems or data-sharing agreements. Without both in place, service work won’t automatically show up in the owner’s portal.

Physical records are a routine part of any service trip to the dealer, but Genesis is among the few brands with complimentary valet service that requires no trip on the part of the owner. A representative comes to you to pick up the car, leave a loaner and swap the cars back when the service is done.

The customer is supposed to get paper or electronic service records when Genesis returns the car, Genesis says. But our dealer furnished neither — even after we asked for emailed records on July 2.

“At the time that the service valet is redelivering that car, you should be getting that [electronic] paperwork simultaneously,” said Michael Deitz, a senior group manager for Genesis’ owner experience.

Alternately, Genesis stipulates that the dealer should leave physical paperwork in the car, complete with a thank-you note.

“They have to do one or the other,” he added. “That is in our service process guide that we have published.”

Our dealer’s actions were “unacceptable from a Genesis point of view,” Deitz said. “These are all the tools that we’ve created for them. And then some are doing both, as well — so some are redelivering with the hard copy, and some are also doing the electronic.”

Paperwork Gone on Back End, Too

Days after our G70 had its 7,500-mile service, our owner’s portal still flagged the need for service. That’s because our dealer never filed a repair order tied to our vehicle identification number, Deitz said.

“They’re going to have to log the data into the system,” Deitz said. “The warranty administrator is typically the person who’s doing that, and that allows the retailer to get paid.”

After we raised the issue, Genesis manually cleared the service reminder. As of this writing, however, service records remain missing. Once all Genesis outlets have separate backend software and data-sharing agreements, such records should populate retroactively, said Rob Lescaille, Genesis’ senior manager of owner websites and apps.

In the meantime, our experience suggests owners should insist — before the service occurs — that physical records come back with the car. 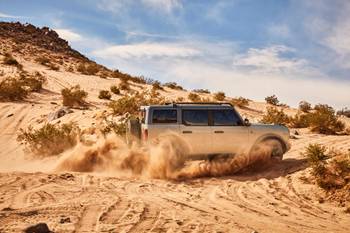