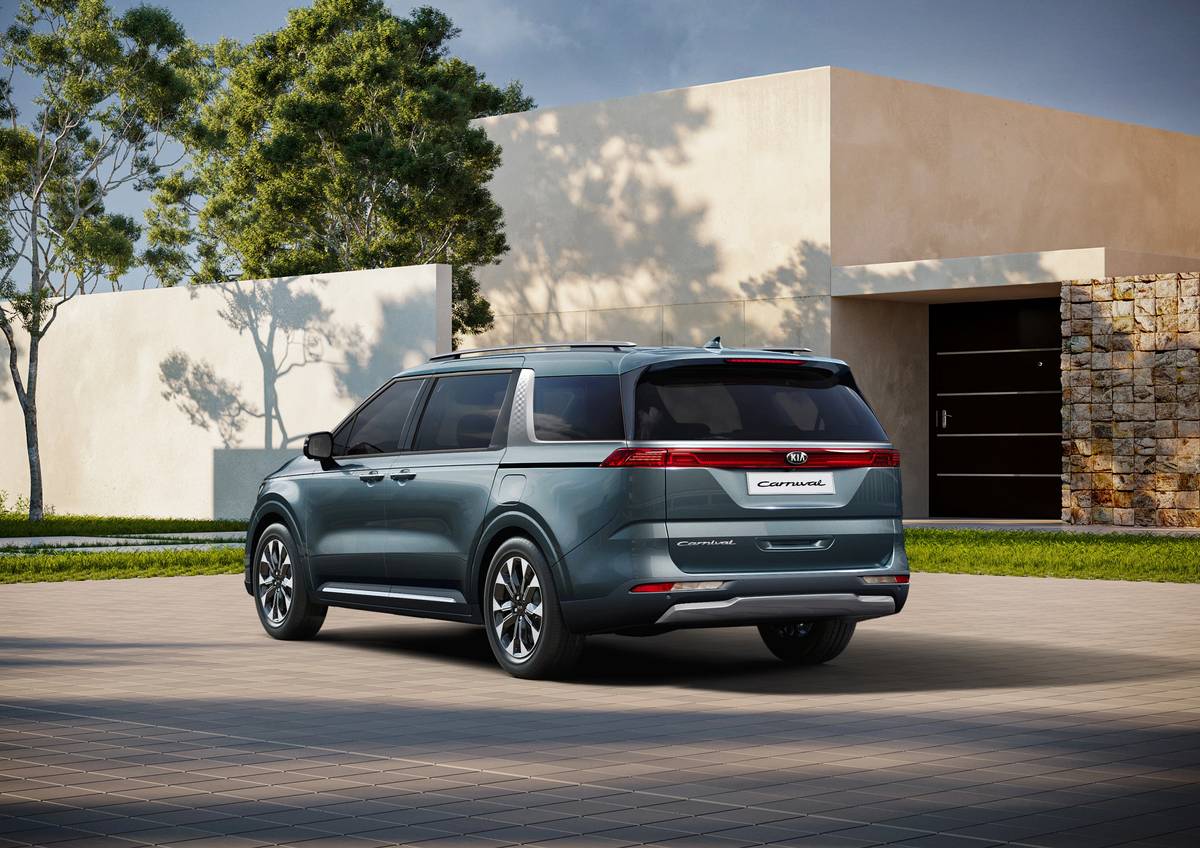 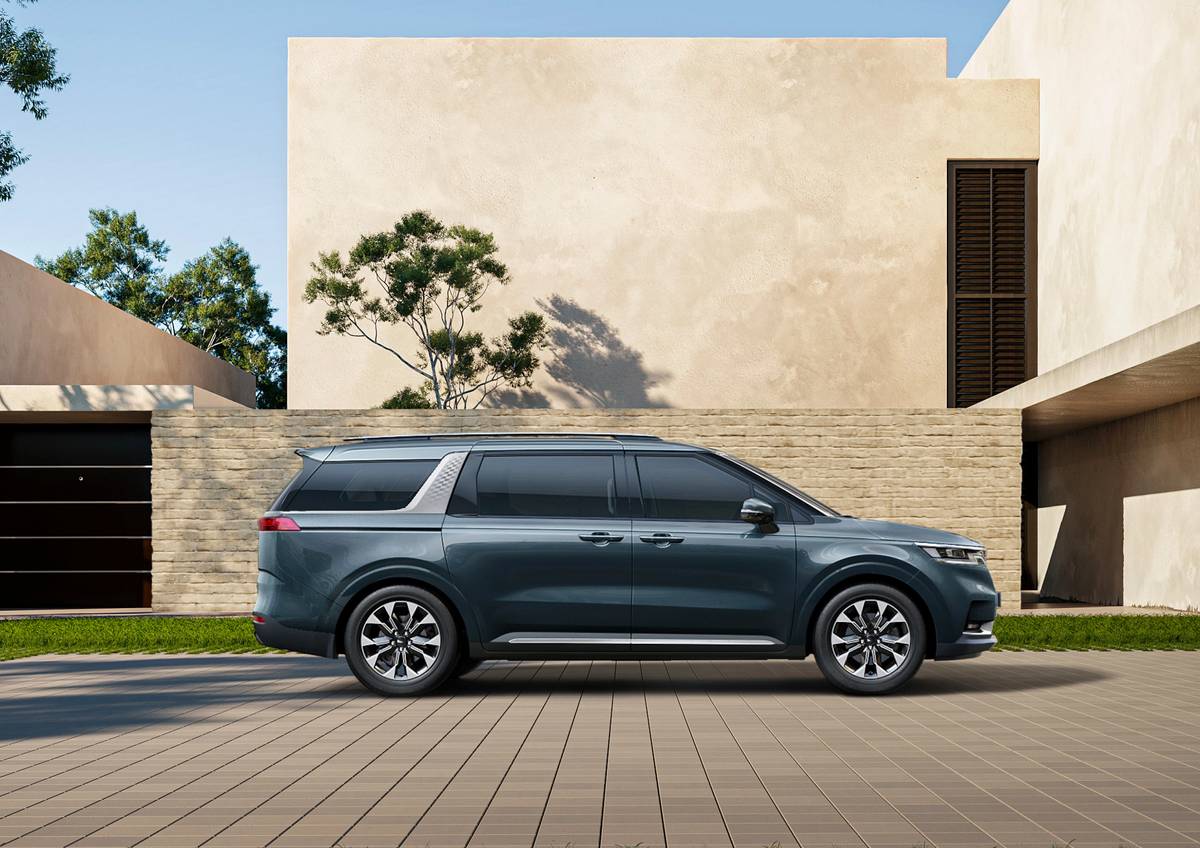 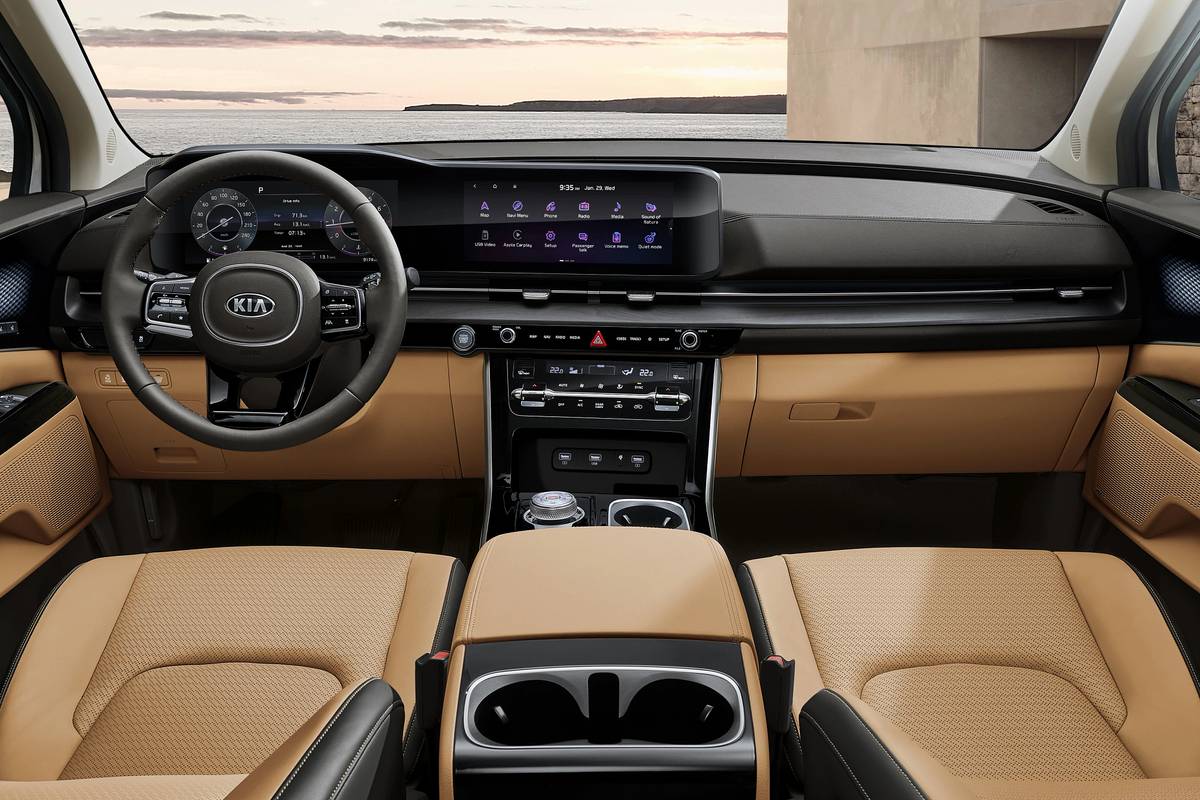 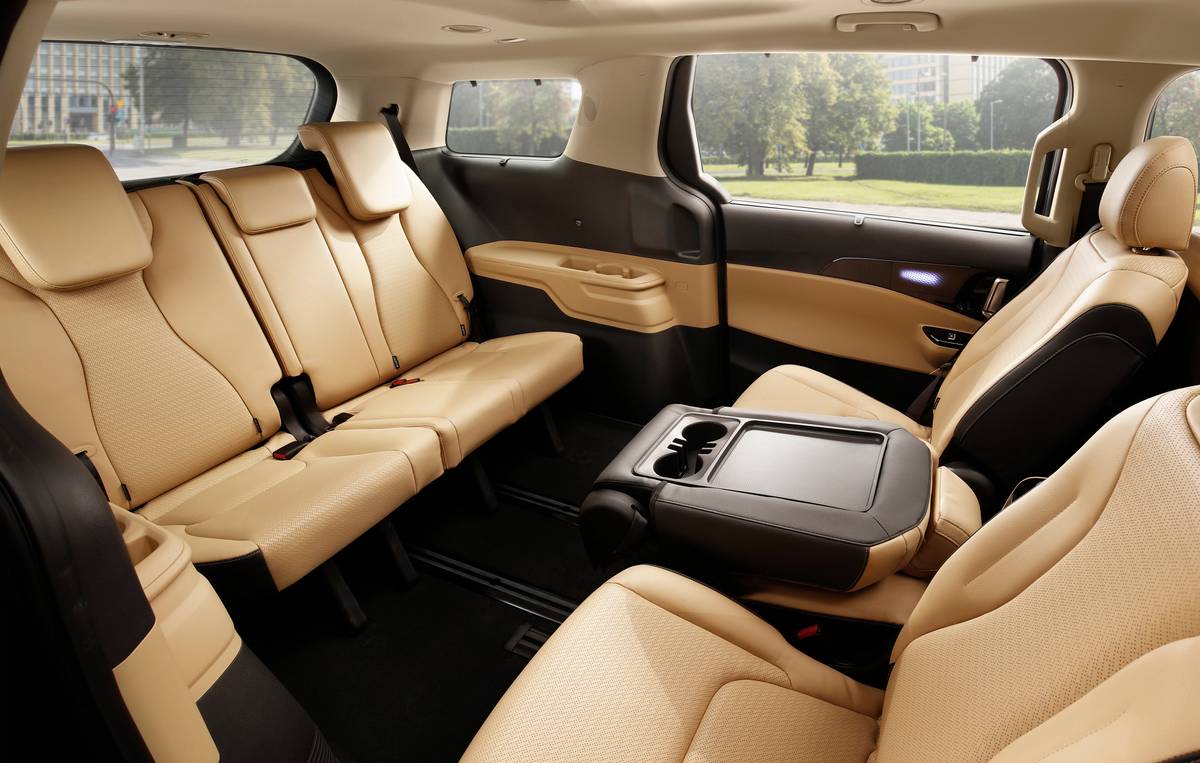 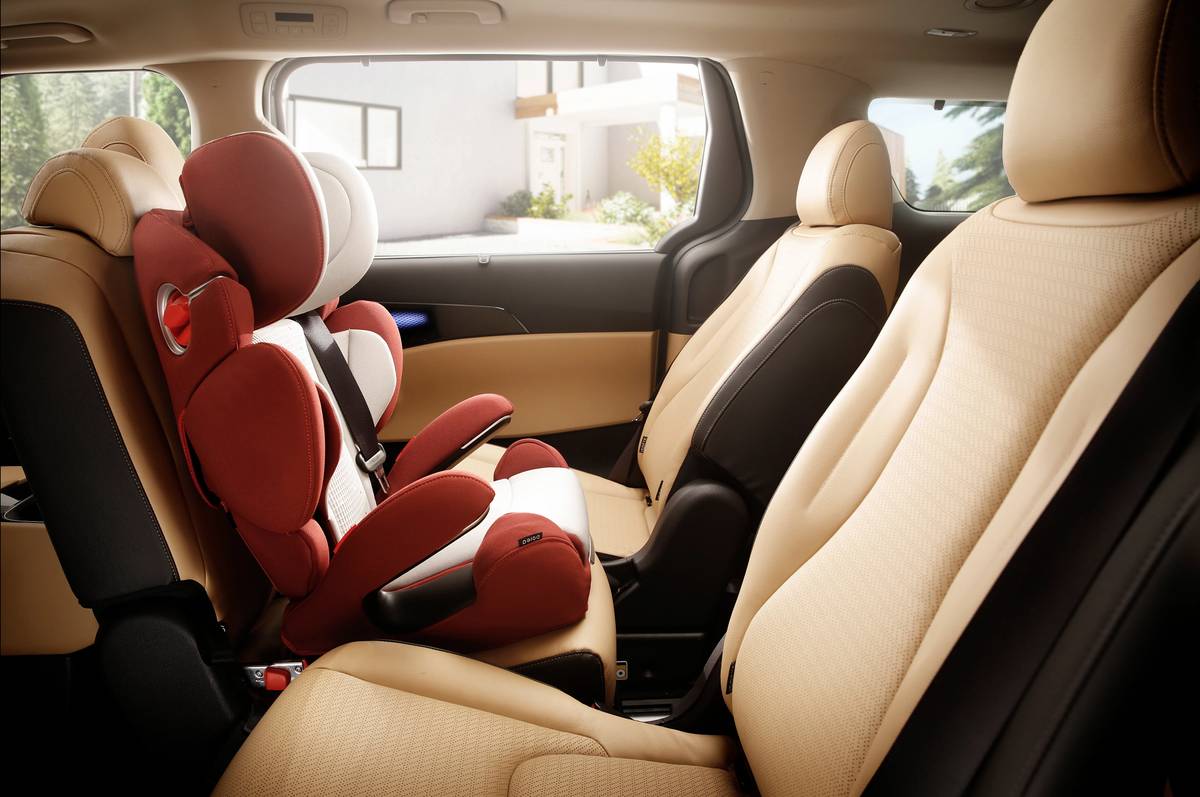 Looks like: Business (SUV) in the front, party (minivan) in the back

Powertrain: Kia announced three engines, but it’s unclear which of them — if any — will make it to the U.S. model. Global market options include a pair of 3.5-liter V-6 engines as well as a smaller 2.2-liter diesel engine; an eight-speed automatic is standard.

Hits dealerships: The Carnival goes on sale in South Korea now, with availability “in many of Kia’s global markets” starting closer to the end of 2020, the automaker said.

Kia revised its Sedona minivan for 2019, but it looks like an all-new version is on the way, and maybe even an all-new name to match. The automaker released details of its Carnival minivan, which is what it calls the Sedona in global markets. The new van has beefy, SUV-like styling, a bevy of tech upgrades and the capability to carry a veritable carnival of people with an available fourth-row, though it’s unclear if that feature will make it to the U.S. market.

The Carnival’s new exterior is SUV-inspired, with a short front overhang, a more chiseled profile, a metallic lower skid plate and large wheel arches. The front exterior combines the headlight design and a version of the automaker’s “tiger nose” grille. The minivan also wears what Kia calls an “island roof” design, with blacked-out A- and B-pillars beneath a body-colored roof; also striking is a new C-pillar design that resembles a chrome fin. In back, the Carnival has a blocky shape and full-width taillights.

The Carnival is longer and wider than the outgoing model, which translates to more occupant space than the current Sedona and what Kia claims as best-in-class luggage volume. Kia calls the Carnival a “Grand Utility Vehicle.” and it backs that up with a host of new features that increase the van’s usefulness.

First, the automaker says a fourth row will be available, increasing seating capacity to 11 occupants. There’s no word yet on which markets will get this feature, however. The current Sedona in the U.S. has three rows of seats, including a second-row bench seat, with total capacity for eight (some models used to have second-row captain’s chairs, which dropped capacity to seven, but Kia did away with that for the 2021 model year). At least in its three-row layout, the new version will also offer these configurations.

The Carnival will use the latest version of Kia’s multimedia system and feature two 12.3-inch screens in the cabin; the digital driver instrument cluster is connected to the touchscreen multimedia system under a continuous piece of glass. Kia said wireless Android Auto and Apple CarPlay will be available in certain markets.

The Carnival adds features like one-button-touch open and close for the side power-sliding doors and tailgate, as well as a proximity function that can automatically open the tailgate when it detects the key fob.

A trio of powertrains will be available on the global Carnival, but it’s unclear what the U.S. version will get. Options include a pair of 3.5-liter V-6 engines good for 268 and 290 horsepower, respectively, as well as a smaller 2.2-liter diesel engine that’s unlikely to make it here. All engines pair with an eight-speed automatic transmission. The current Sedona pairs a 276-hp, 3.3-liter V-6 engine with an eight-speed automatic.

The Carnival will offer a host of driver assistance and safety features, but again, Kia wouldn’t say which features will make it to the U.S. model. Safety features include automatic emergency braking with pedestrian detection, adaptive cruise control with stop-and-go, lane keep assist, automatic lane-centering, blind spot detection with braking and steering intervention, and rear cross-traffic alert and intervention. Since these are standard on Kia’s other big people mover, the Telluride, we hope they’ll be standard on the Sedona, as well.

The Carnival will also offer another new feature, one that’s also standard on the Telluride: The Safe Exit Assist system uses radar to detect oncoming traffic and can prevent a rear door from opening if an approaching vehicle or bicycle is detected.

The fourth generation of Kia’s minivan will go on sale now as the Carnival in Korea; Kia spokesman James Hope told Cars.com he couldn’t comment on whether the Sedona will become the Carnival, but he said the Sedona plays an important role in the automaker’s lineup. Kia does have a history of name changes, however: It announced in June that the next version of its Optima sedan will use the model’s global name instead: K5.