The 2019 edition of the Geneva International Motor Show wrapped up on March 17 and, as always, the show delivered a healthy mix of new cars, concepts and special editions. It was also a great chance to see all the awesome stuff we’ll never get here in the U.S. thanks to our own consumer trends and automakers’ reluctance not to make a profit — as if that were the sole purpose of a business. Pffft. Whatever.

We covered a bunch of what was in Geneva with an eye toward things that might actually appear on our roads (sorry, Skoda). Here are 13 of them, broken up into separate sections for concepts, new cars and special editions. 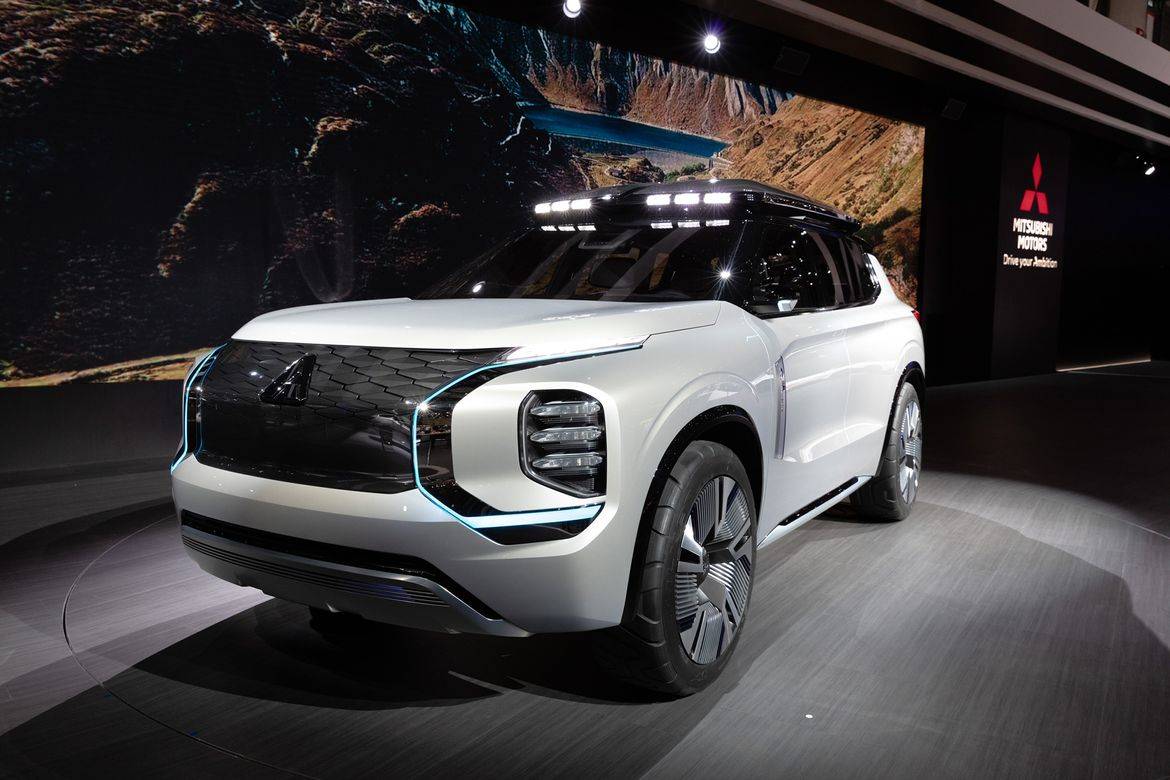 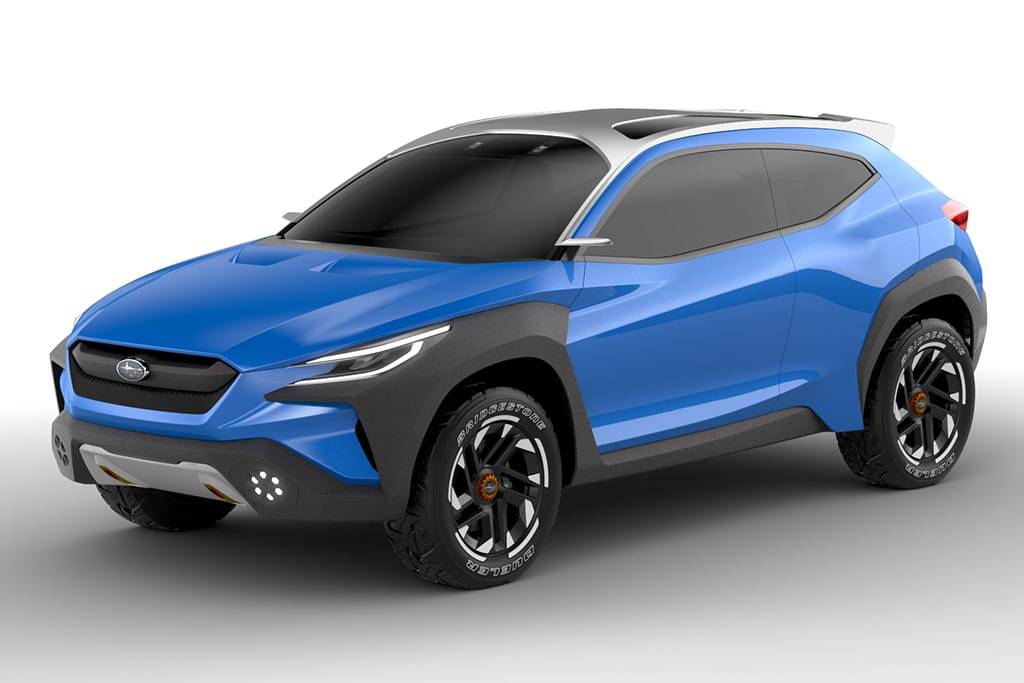 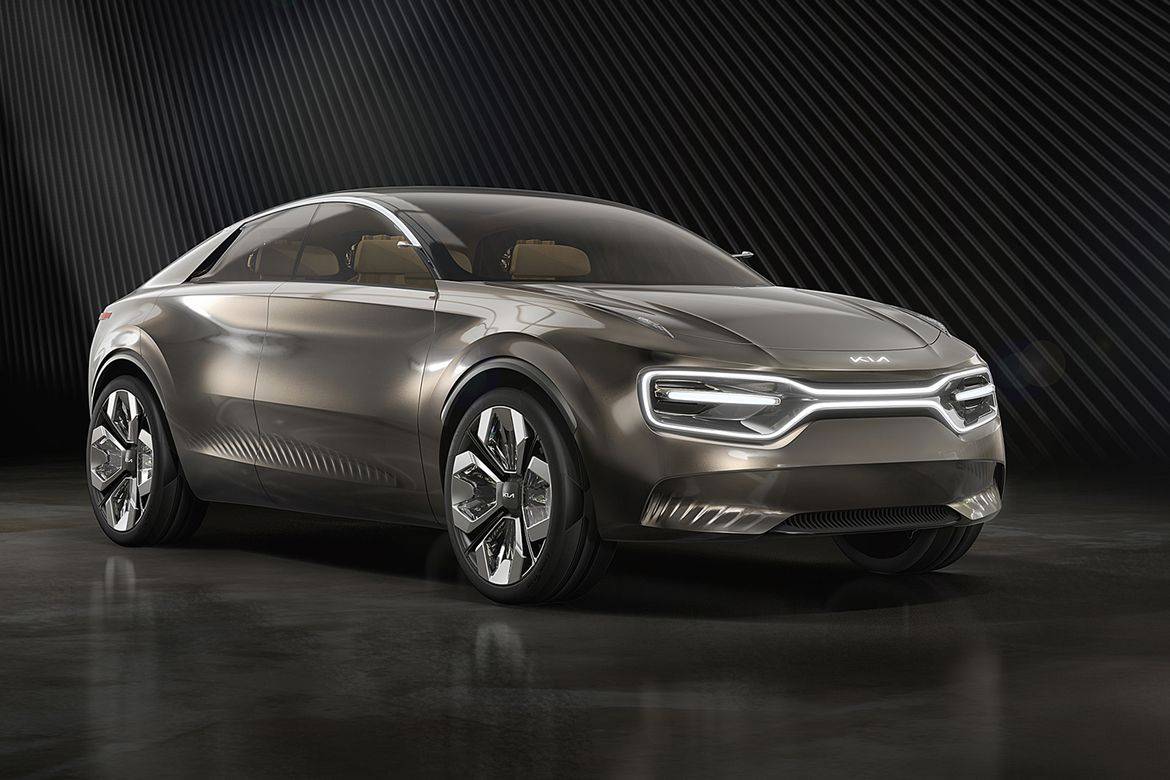 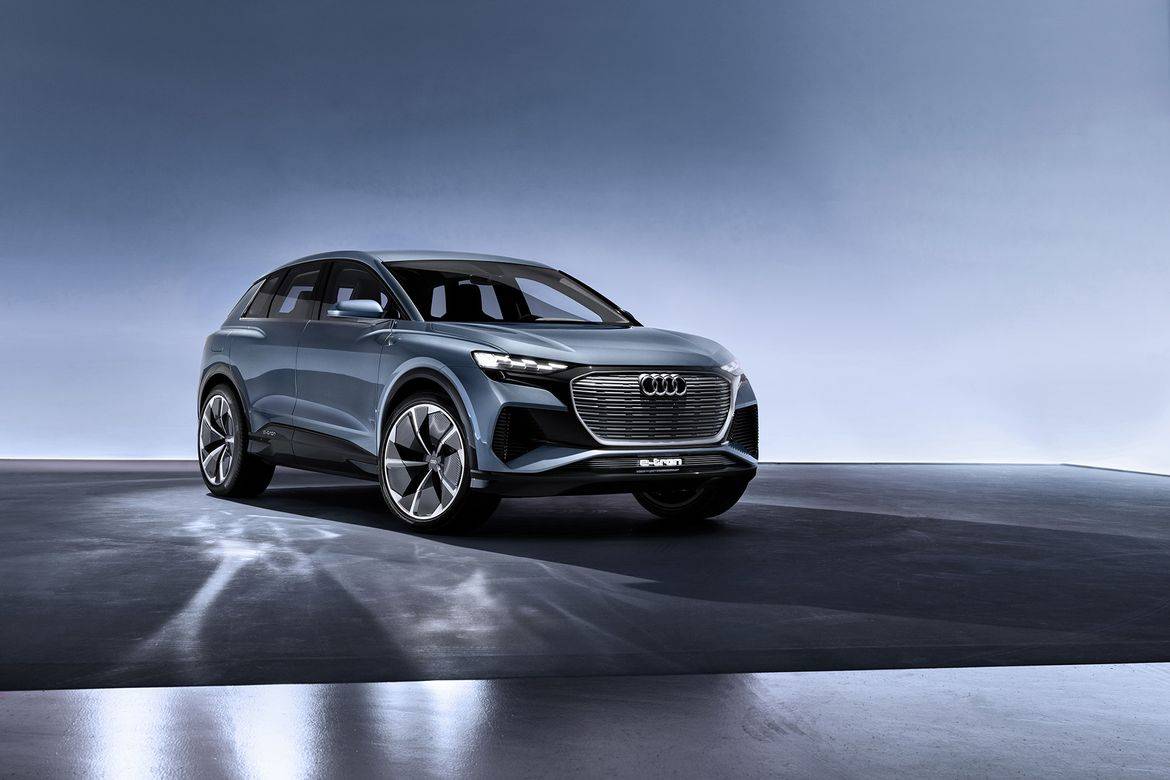 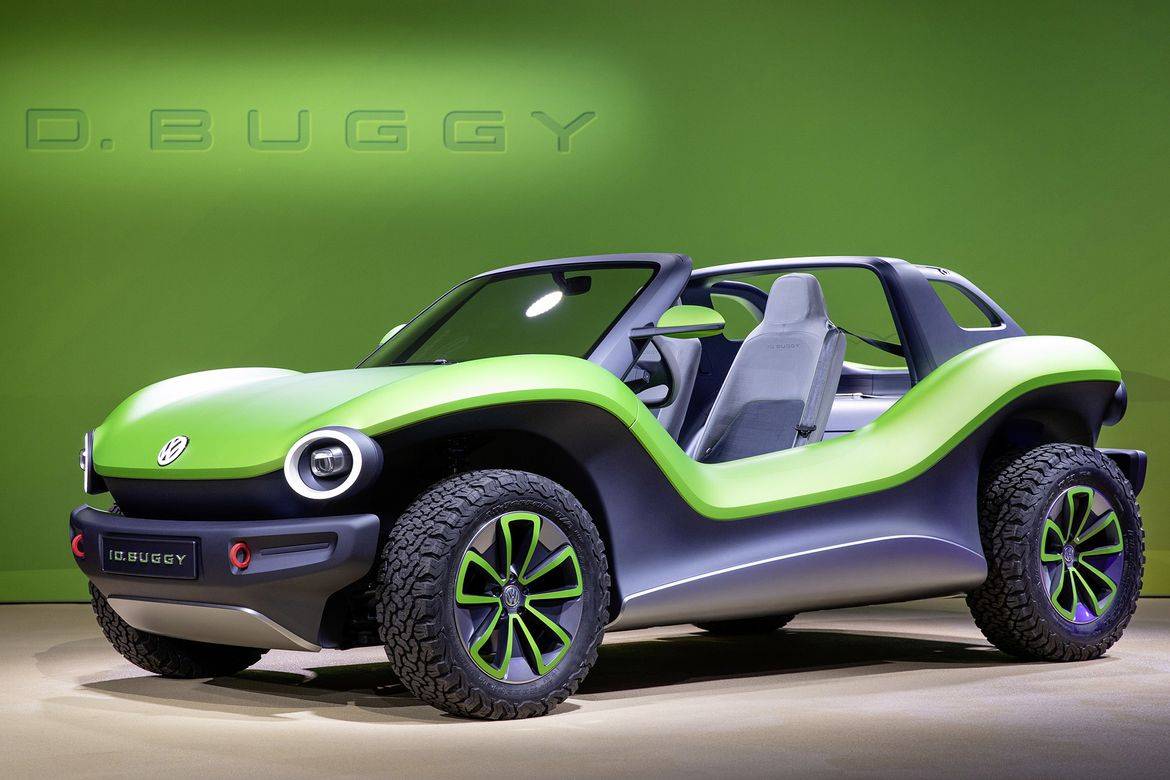 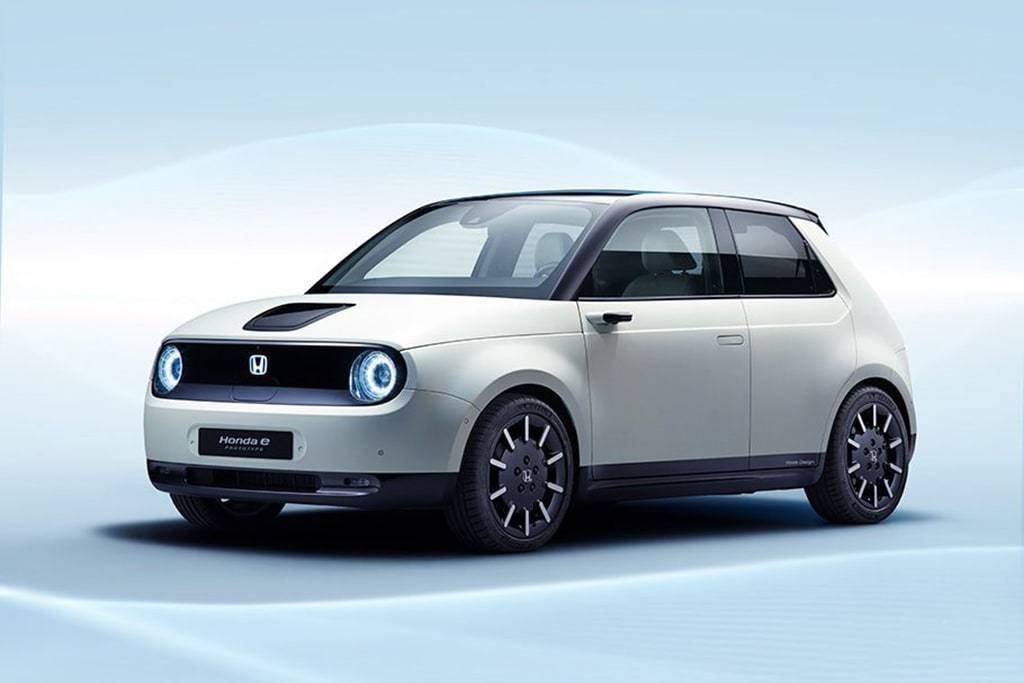 Mitsubishi’s concept hybrid SUV is named after a Swiss ski resort and not the stage name of the late Arnold George Dorsey. It seems likely that the Engelberg Tourer could be a preview of the next-generation Outlander SUV. If claimed performance figures hold, the all-electric range would be close to double the current plug-in hybrid variant of the Outlander. And, minus the weird twice-as-wide, half-as-tall knockoff Thule cargo box, it’s not too shabby looking.

Another potential preview of a future vehicle you can buy came from Subaru in the form of this heavily clad crossover that could very easily be the next Crosstrek. The Viziv Adrenaline Concept is further away from production than most, and it’s mostly the first taste of Subaru’s “Bolder” design language — but throw in a hybrid powertrain and make sure it has an interior (we haven’t seen the inside of the concept) and it’s got a chance.

It’s a shame this concept has such a silly name because it’s got a handsome exterior, sort of like a lifted Stinger. The 21-screen dashboard, which Kia claims is a sort of satire of the industry’s obsession with adding more and more screens — and not, say, a convenient explanation after getting mercilessly roasted for having 21 screens in a car — is absurd and rightly won’t make it to production. Neither will the Imagine as its own car, though you’ll probably see elements of it in future Kias.

Read more about the Kia Imagine by Kia.

Barely a concept, Audi has promised a production version of the Q4 e-Tron by 2020. The four-seater electric compact SUV promises standard all-wheel drive and 280 miles of range, and will be a direct challenger to the Model Y just announced by Tesla. The Q4 e-Tron is smaller than the Audi e-Tron SUV and further evidence that we can’t have nice things that aren’t SUVs.

What’s not to love about Volkswagen making its own electric dune buggy? The ID. Buggy is probably too niche to ever move beyond a concept, but automakers need to be encouraged to make more fun things. The ID. Buggy is a throwback to the old VW Beetle-based dune buggies made by independent companies, and it even comes with a removable body so customers can seek out their own looks for the chassis. [Extremely Martha Stewart voice] It’s a good thing.

Honda’s foray into the urban electric vehicle market will begin with something that looks a lot like this e Prototype, a fun little retro-futuristic hatchback. Honda is so far slating this as intended for European urban commuters, but we’d certainly like to see it cross either the Atlantic or the Pacific to our shores. A range of 124 miles may not be enough to get the U.S. market interested, but if the exterior design could become the next Fit or a smaller Civic hatch, we’d be into it. 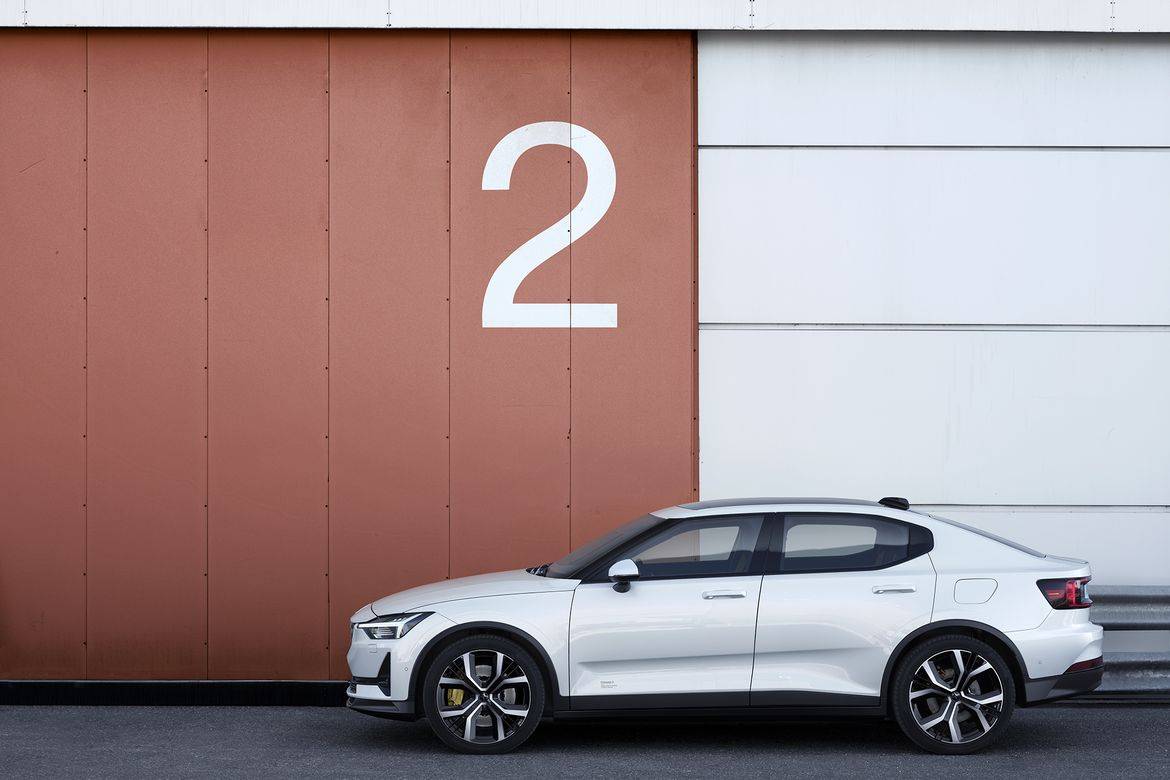 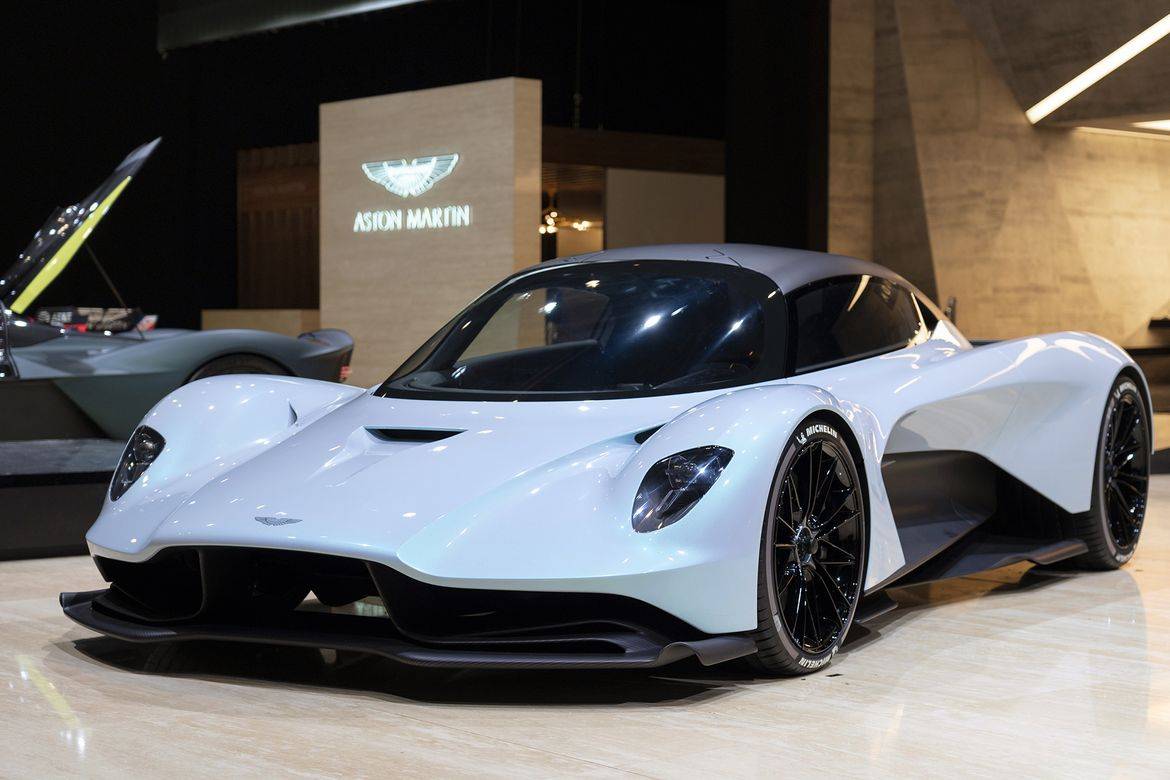 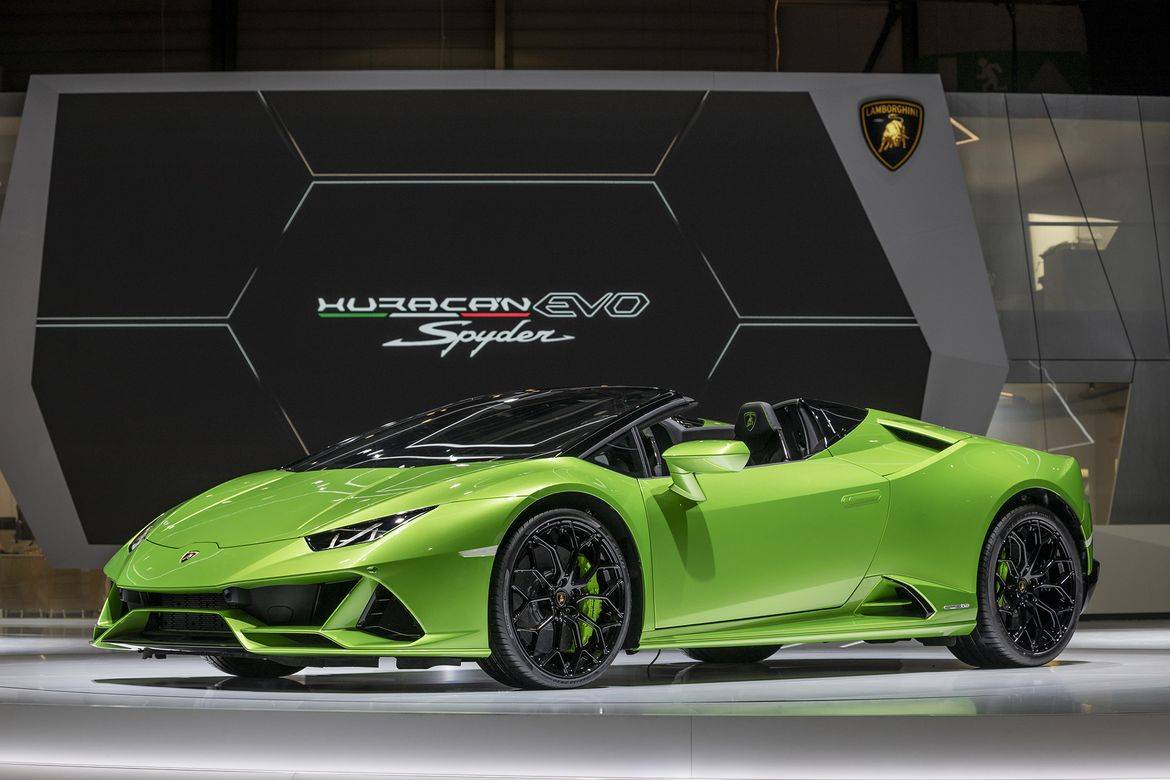 1/3
Manufacturer image
Don’t miss out on the latest news, reviews and videos from our in-house experts. Get updates in your inbox.

Another direct challenge to a Tesla product is the Polestar 2, an electric sedan-like hatchback that aims to provide an alternative to the Model 3. With 275 miles of claimed range and a price that — after federal tax credits — rivals a well-equipped Model 3, the Polestar 2 should arrive in the U.S. sometime in 2020. The Polestar 2 looks like an S60 Cross Country designed by will.i.am. Assuming trade issues between the U.S. and China — where the Polestar 2 will be built — can be worked out, which is an enormous assumption, the Polestar 2 may be quite the option for those looking for an electric vehicle.

Read more about the Polestar 2.

The recipe: Take one 200-plus-mph coupe; remove top; profit. That Lamborghini is making a Spyder version of its Huracan Evo may be the least surprising news to come out of Geneva, but it’s still definitely among the coolest cars that we might see here in America. Deliveries of the $287,400 (to start) convertible are expected to begin in the spring.

Still officially unnamed, Aston Martin’s latest hypercar will be far more pedestrian than the Valkyrie or track-only Valkyrie AMR Pro that preceded it. It’ll have space for luggage! The 003 — rumored to be christened “Valhalla” at some point in the future — will ditch the Valkyrie’s 1,160-hp V-12 for a turbocharged V-6 that’s also electrified. If Valhalla turns out to be the car’s name, owners should be required to yell, “I am awaited in Valhalla!” to start the car, and also to roll down the window at stoplights, sneer at the car next to them and say, “Mediocre” in the most dismissive manner possible. With a seven-figure price, that’s probably a lot of dismissiveness. 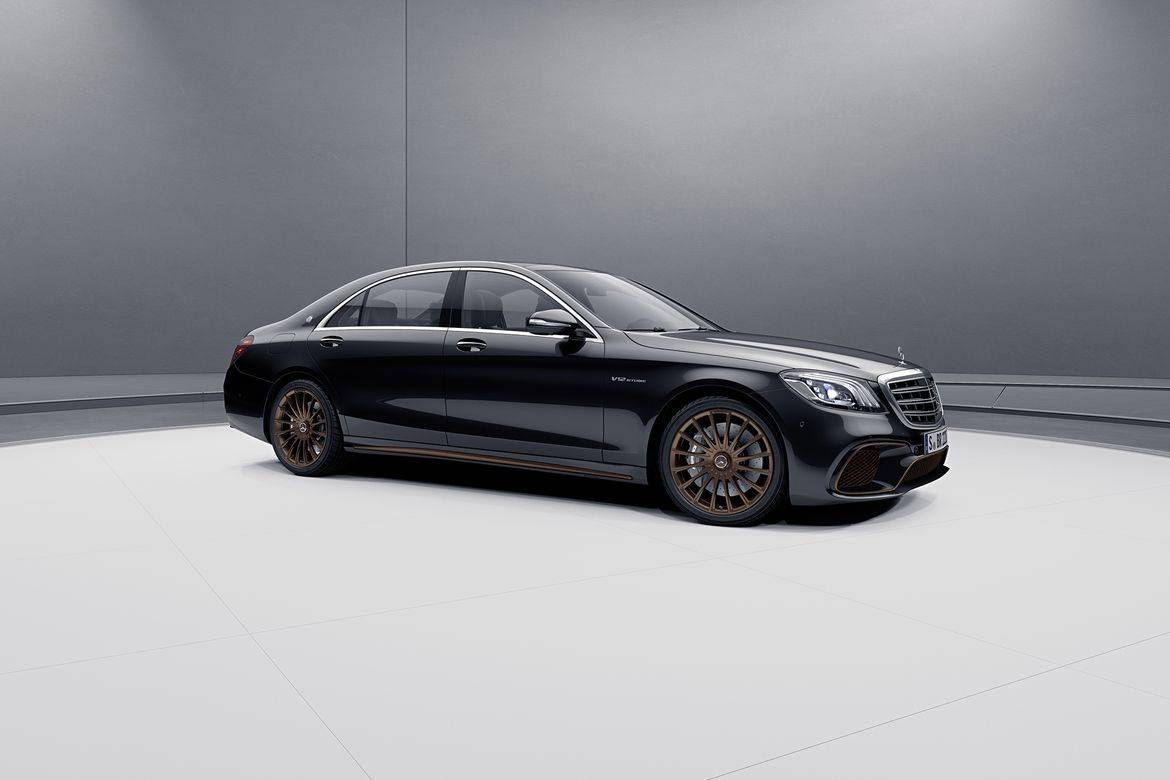 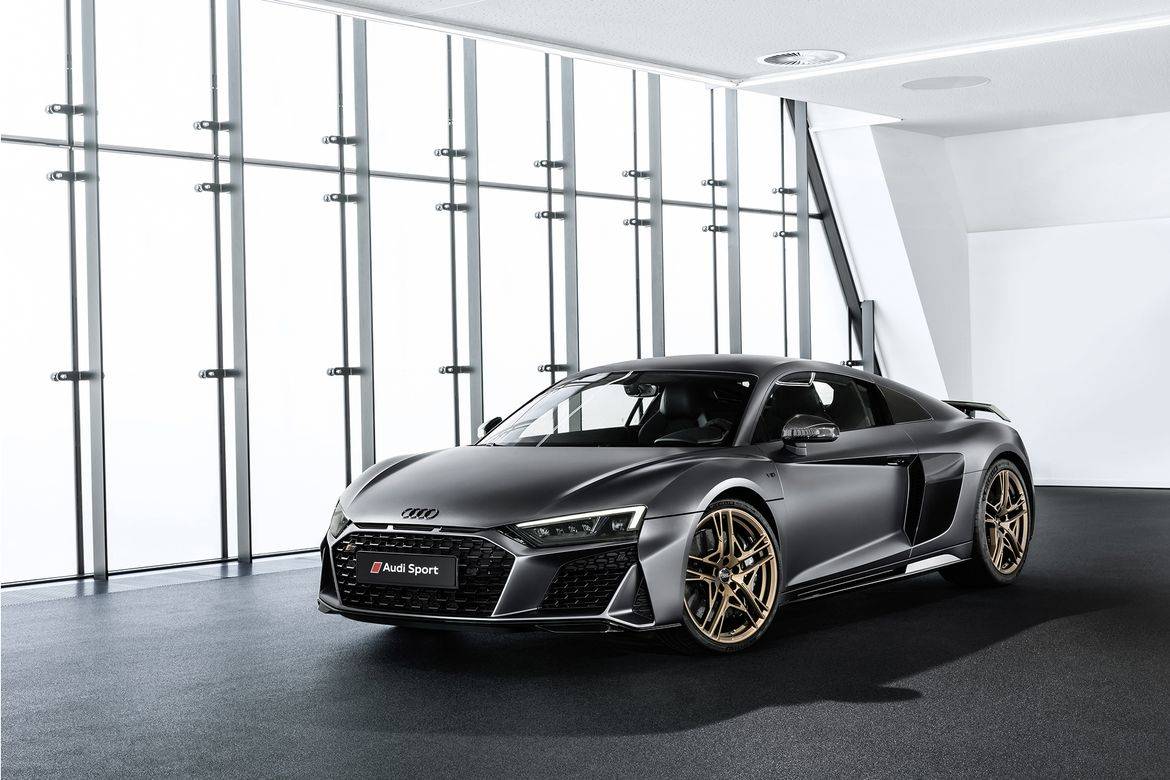 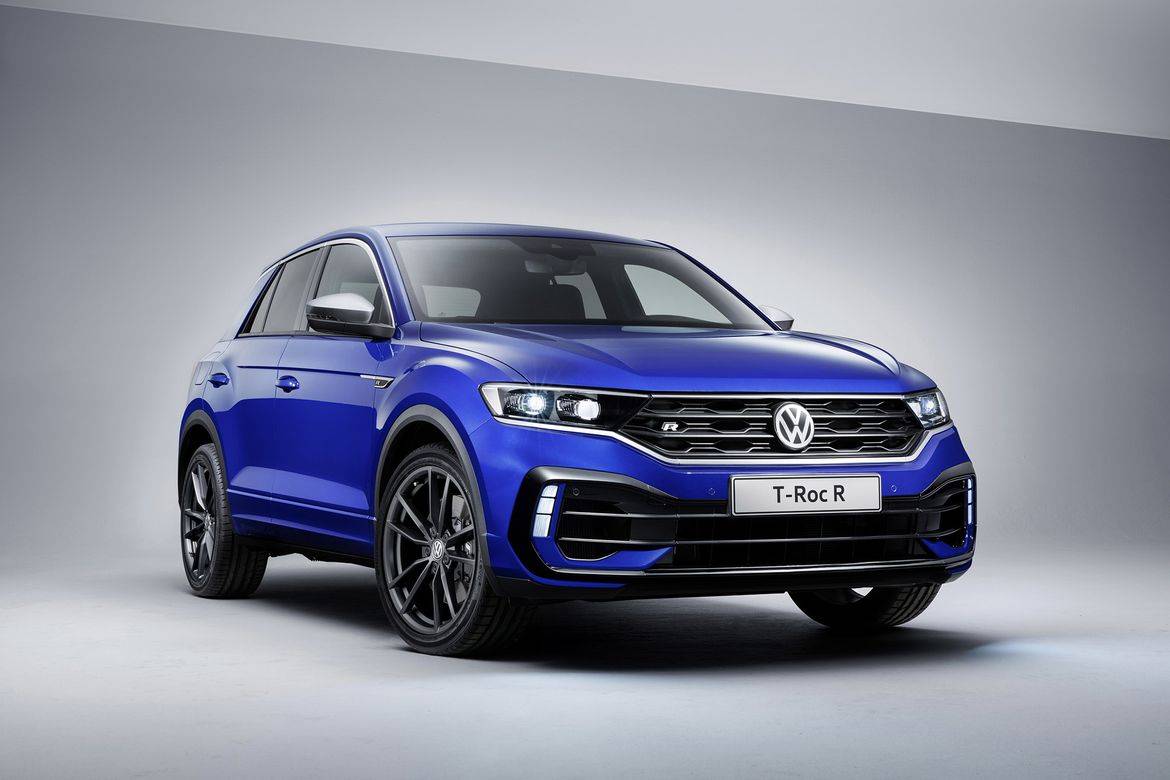 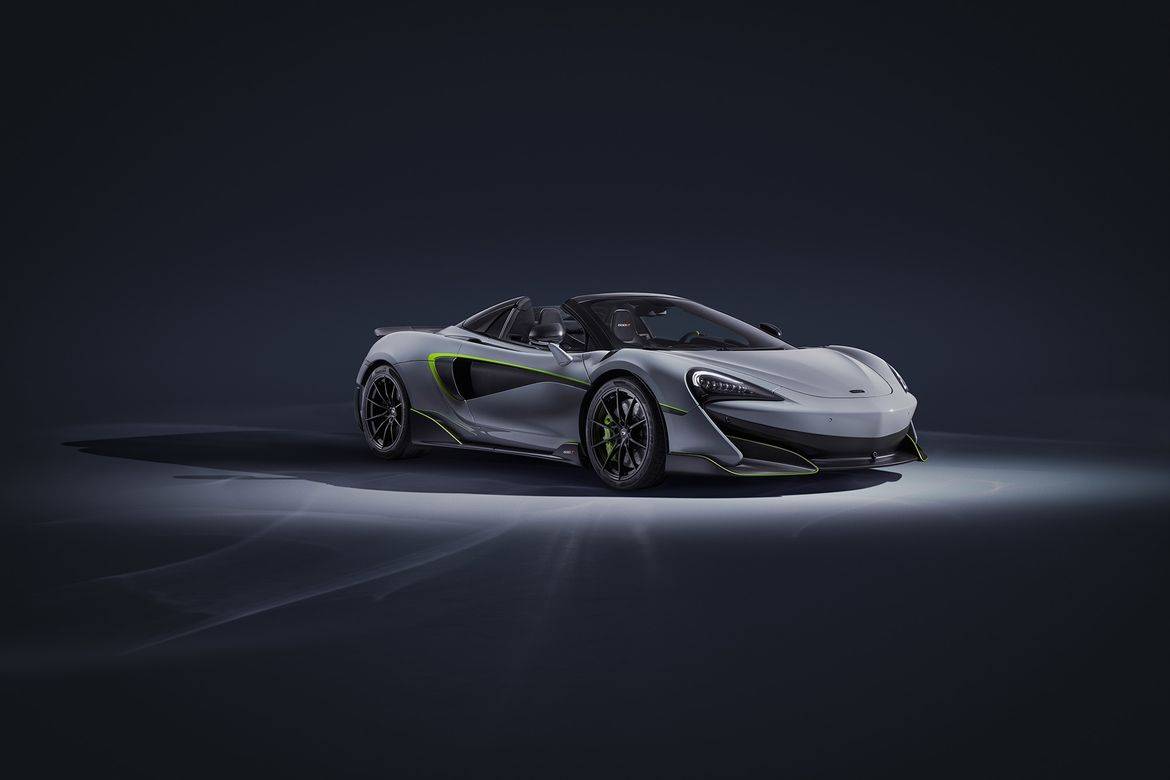 It truly is so hard to say goodbye. Nevertheless, Mercedes is bidding farewell to its twin-turbocharged 6.0-liter V-12 engine and its 621 hp and 738 pounds-feet of torque with this special edition of the S65 sedan. Only 130 S65 Final Editions will be built, all in black and matte-bronze wheels and accents, and black interiors featuring Nappa leather and carbon-fiber touches. No pricing was announced, but a loaded S65 is roughly $250,000, so expect to pay a bit more to star in your own sequel to “Eastern Promises.”

In honor of 10 years of production with its V-10 engine, Audi will build 222 Decennium Edition R8 coupes, each with a 5.2-liter V-10 producing 620 hp and 427.8 pounds-feet of torque. Like the S65 Final Edition, the Daytona Gray matte paint is offset by bronze wheels. The interior is black with bronze contrast stitching and copper, gloss-black and carbon-fiber accents; even the engine intake manifold is bronze. The V10 Decennium Edition goes on sale in Germany in the spring for just north of $250,000; Audi hasn’t said anything about U.S. sales, but it wouldn’t be surprising for a small portion of the 222 to make their way here.

For some reason, Volkswagen isn’t selling its T-Roc small SUV here; maybe VW thinks Americans aren’t really into SUVs? To add insult to whatever injury the lack of a T-Roc here may be, VW has popped in the Golf R’s turbocharged 2.0-liter four-cylinder engine that’s good for 296 hp and 295 pounds-feet of torque, making a hot little SUV to complement its hot hatch. Give them to us, cowards!

The 600LT Spider by MSO is what happens when in-house tuning at McLaren gets ahold of its latest convertible, and dear reader, it’s good. The Dove Grey convertible features Napier Green accents inside and out, such as the brake calipers, around the side air intakes, the rear diffuser and interior stitching; even the 12 o’clock position on the steering wheel is bright green. If this take on McLaren’s latest supercar isn’t for you, be aware that McLaren will happily build one to your exact specifications … for the right price. Which is a lot.

Read more about the McLaren 600LT Spider by MSO.