CARS.COM — Betcha didn’t see this one coming. The vehicle with the fewest owner-reported problems from the 2014 model year is — wait for it — the Toyota Camry. That’s according to J.D. Power and Associates‘ influential Vehicle Dependability Study, which measures problems over the past year among 3-year-old cars to determine the most reliable models. In other news, the New England Patriots win a lot of Super Bowls.

The 2017 VDS, which is among the few major studies to tackle vehicle reliability, rates problems experienced over the past 12 months in 2014 model-year cars with responses from more than 35,000 original owners. The Camry had the industry’s fewest reported problems at 76 reported problems per 100 vehicles, or PP100, J.D. Power’s metric to express reliability. That helped propel Toyota to another strong showing in this year’s study. The automaker’s upscale Lexus division topped the study for the sixth straight year, and the Toyota brand itself ranked third. Porsche landed between the two, notching a second-place finish for the second year in a row.

J.D. Power said Acura’s decline came on the launch of the 2014 MDX, while Infiniti had the launch of the Q50. Ram declined in dependability due to more engine and exterior problems on its 1500 pickup truck. Hyundai, by contrast, had “large improvement” in the 2014 Santa Fe, J.D. Power said. The Elantra and Tucson also improved, according to the firm.

Although premium brands had a strong showing at the top — including semi-luxury Buick, six of the top 10 brands are premium — J.D. Power notes that plenty of non-luxury models have excellent reliability, perhaps no more apparent than with the Camry sedan.

VDS groups problems into eight major categories. Technology problems continue to sting overall dependability, which worsened from 152 PP100 in 2016 to 156 PP100 in 2017. In particular, J.D. Power said its ACEN category — audio, communication, entertainment and navigation systems — accounted for 22 percent of all problems reported. That’s up from 20 percent last year, the firm said. Faulty Bluetooth pairing and bad voice-recognition systems continued to aggravate owners, something VDS has chronicled in years past. But battery failure increased, too, with battery replacement up substantially this year, according to J.D. Power.

Here are the rankings and segment winners:

Note: Smart not ranked due to small sample size. 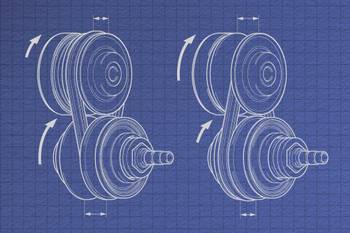 Which Cars Have CVTs? 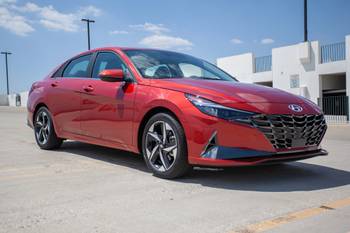