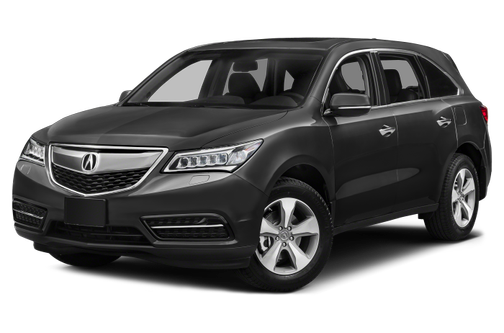 Our 2014 Acura MDX trim comparison will help you decide.

The 2014 Acura MDX trades visceral driving fun for family-friendly refinement, which should appeal to most shoppers for the seven-seat luxury SUV.

Now in its third generation, the MDX faces a new competitor in the Infiniti JX, which wasn’t around when the previous generation arrived. Other body-type options include the BMW X5, Buick Enclave, Audi Q7 and, if you can do without the third row, the ever-popular Lexus RX.

Like many Acura cars, the MDX comes in one well-equipped base trim, though there are several option packages that essentially serve as trim levels: Technology, Technology with Entertainment and Advance with Entertainment. For 2014, front-wheel drive becomes available with all packages; previously all-wheel drive was standard. At a media preview in Portland, Ore., I drove a number of the all-wheel-drive (AWD) Acura MDX SUVs with Technology and Advance packages alongside its predecessor and several competitors.


Cleaner, Similar
The outgoing MDX’s bumper inlets sat high enough to give a mustachioed expression. Its successor has shaved, thankfully, but styling otherwise stays put. The biggest shift is the headlights, which adopt standard LEDs for a sort of reptilian appearance. In back, the Acura MDX loses its exposed tailpipes for chrome-ringed reflectors and a concealed single pipe. Yawn.


Eighteen-inch alloy wheels are standard, and 19s are optional. Citing research that showed nobody wanted a bigger MDX, Acura added just 2 inches to the overall length while reducing height and width by 1.5 inches and 1.3 inches, respectively. The resulting profile is the most wagonlike of the MDX’s three generations.

Less Defined, More Refined
Fans of the past MDX’s deliberate driving characteristics — heavy, swift steering; a busy ride; a growling V-6 — will be disappointed, but I suspect most shoppers will deem the new generation an improvement. A direct-injection 3.5-liter V-6 replaces the 2013’s port-injected 3.7-liter V-6, and it provides stout oomph despite shedding a bit of power. The smaller six makes 290 horsepower — down 10 hp from last year, with lb-ft of torque down a tad too — but Acura also shaved nearly 300 pounds’ curb weight in AWD models.

The standard six-speed automatic helps pick up the slack, with short lower gears, smooth upshifts and responsive highway kickdown. Downshifts could come sooner as you accelerate through a bend, and a selectable Sport mode provides just that; it even drops a gear or two on downhill stretches.

Acura’s Super Handling All-Wheel Drive (SH-AWD)  actively sends power to the rear or outside wheels to improve handling. Hammer it on a corner and the MDX swings its tail wide before the standard electronic stability system — or a shrieking spouse — reins you in. You’ll earn forgiveness at the pump: Thanks to the weight loss, the AWD MDX achieves an impressive fuel economy rating of 18/27/21 mpg city/highway/combined, which is up 3 mpg combined over the previous generation. Front-drive MDXs save 230 pounds for a class-leading fuel economy rating of 20/28/23 mpg. Acura recommends premium fuel for maximum performance; some competitors require it, but others, like the Enclave and RX, make full power on the cheap gas.

The fun ends at the brakes, which have a far spongier pedal than the 2013 MDX and also an RX and JX that Acura had on hand at the preview. Toe the brakes hard and the MDX’s composure unravels as antilock braking kicks in. Whether blame goes to this year’s downsized disc brakes or some other factor, the results don’t inspire confidence.


Acura replaced last year’s hydraulic steering with more efficient electric power steering, which trades some feedback for much lighter effort at low speeds. I suspect SUV shoppers will accept the tradeoff, which puts the MDX in line with other SUVs. A new Integrated Dynamics system alters various systems — among them accelerator response and power-steering assist — to Comfort, Normal and Sport settings. Even Sport has more power-steering assist than the past MDX, but Comfort and Normal feel a bit too buoyant on the highway. Like most steering “programs,” this is a gimmick. I’d take a speed-sensitive automatic progression among the three assist levels any day.

The Inside
Cabin quality impresses, with less faux-wood trim — past Acura MDX SUVs killed a lot of plastic trees — and real metal inlays in place of the outgoing painted plastic. With two screens (one touch-sensitive, the other operated via knob) controlling most of the dashboard action, the MDX cut last year’s button hodgepodge by more than half. It’s refreshing, but some of the often-used controls, like heated seats, are in a submenu.


The front seats afford good adjustment range; I’m 6 feet tall and sat a few inches ahead of the farthest-back position. New for 2014, the second row has push-button, walk-in access to the third row. It also slides nearly 6 inches forward and back, but adults in the third row will need anyone in the second row to slide all the way forward — a position that makes second-row legroom snug. Both rear seat rows sit low to the floor, despite an abundance of headroom in the second row; Acura could have positioned the seats a bit higher, and I wish they had.

A traditional DVD entertainment system is optional, but so is an upgraded system similar to that in the Odyssey minivan from Acura’s parent, Honda. Complete with auxiliary and HDMI inputs, it has a 16.2-inch widescreen Honda system that can split the display and show videos from two separate sources simultaneously.
Safety, Features & Pricing
The MDX has yet to be crash-tested. Standard safety features include seven airbags plus the required antilock brakes and electronic stability system. AWD models incorporate a trailer-sway assistant, which uses the electronic stability system’s lateral sensors to intuit trailer sway and smooth things out, to complement the MDX’s 5,000-pound towing capacity. Safety options include blind spot, lane departure and two forward collision warning systems — a simpler one warns of an impending collision, or a more advanced system that applies automatic braking.

The front-wheel-drive Acura MDX starts at $43,185, including the destination charge. That’s about $1,000 less than the outgoing MDX, which had standard AWD. All-wheel drive adds $2,000, effectively raising the price of the new MDX by $1,000 for those who want AWD. Acura says you get a lot of new features for that — among them keyless access with push-button start, LED headlights and a sliding second row. Other standard features include 18-inch wheels, leather upholstery, heated power seats, a backup camera, a moonroof, a power liftgate and a USB/iPod compatible stereo with Bluetooth phone connectivity and audio streaming.

MDX in the Market
The Acura MDX has battled the Enclave for top sales among three-row luxury crossovers for the past five years, but Acura says most MDX shoppers don’t compare the two. I recommend they do, given Buick’s updates for 2013. Then there’s the two-row Lexus RX that trounced all luxury SUVs for those five years and then some.


The Acura MDX won’t reach RX popularity with this redesign. Can it reclaim the No. 2 spot? We’ll see. But Acura hits broad family appeal with this redesign, with impressive fuel efficiency to boot. At minimum, the Acura MDX has solidified its podium sales finish, and I suspect it will get the silver medal for years to come.

I really enjoyed my Acura MDX. I purchased it new and drove it for 7 years as my primary vehicle. The exterior, interior, performance, and comfort were outstanding. However from the very beginning I had small electrical system nagging problems that dealership could never seem to rectify. It was overall realiable but because of electrical system glitches I never felt comfortable in using all of the features of the top of line model I had. The value of vehicle for the price paid I feel like was too expensive based on the very high cost of any service or repairs by the Acura dealership. When I was ready to purchase a new vehicle I test drove a new MDX but decided that the price did not warrant the features and past experience I had with my last MDX.

February 15, 2021
By Ghostrider from Centralia, WA
Owns this car

As I said in my review, I purchased this car from this dealership in 2017. At the time it had about 35,000 miles on it. It has been a great car. It gets 25-27mpg on the highway although it only gets 18-20 around town. The seats are comfortable and there's plenty of cargo room if you keep the third row seats down. The only thing it doesn't have that I would like is a heated steering wheel. My previous car, a 2012 GMC Denali XL, had a heated wheel, and in the winter it was really great to grab a warm steering wheel. This is a great family car and I would wholeheartedly recommend it.

I had moved away from Acura after I sold my 2006 RL. Unreliable, squeaks from plastics, leather would bubble from places etc. Bought a Lexus GX470 and the difference was day and night. Most reliable car I had ever owned and the built quality is out this world. Kept it for about 7 years and needed an upgrade. Test drove the MDX and it was nothing like the RL. Build quality is excellent, no squeaks and rattles from anywhere - has 60k on the clock. Ride not no where near Lexus but if is definitely much more sporty and zippy. If you are looking for an affordable suv I would recommend test drive.

Rating breakdown (out of 5):
0 people out of 0 found this review helpful. Did you?
Show full review
See all 113 consumer reviews 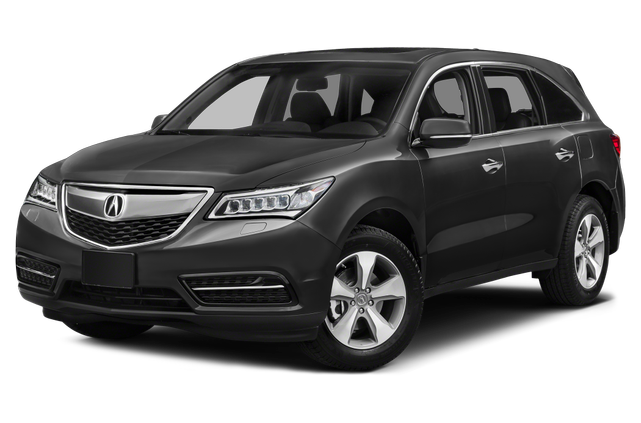 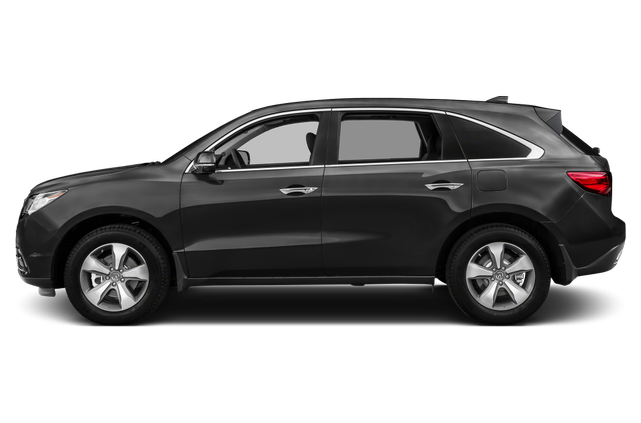 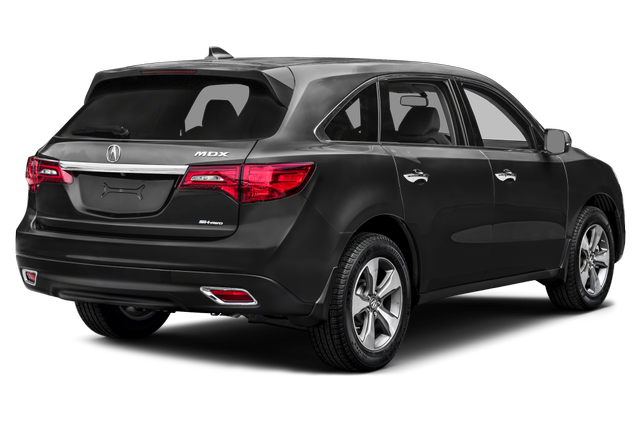 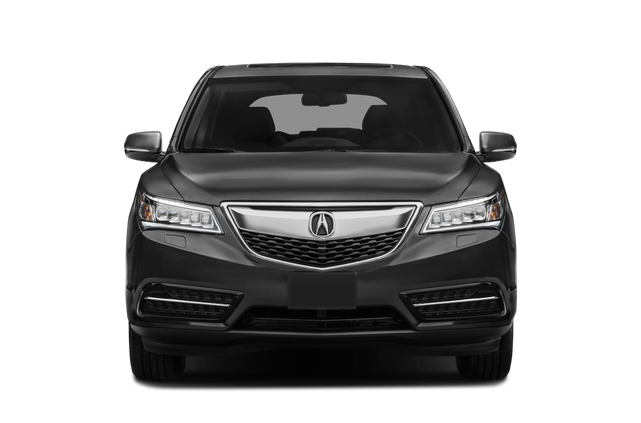 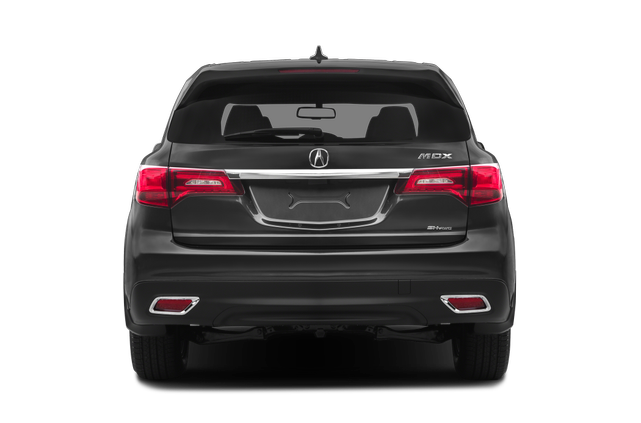 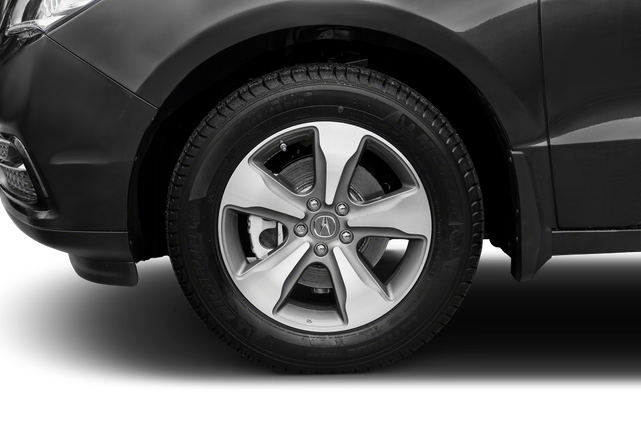 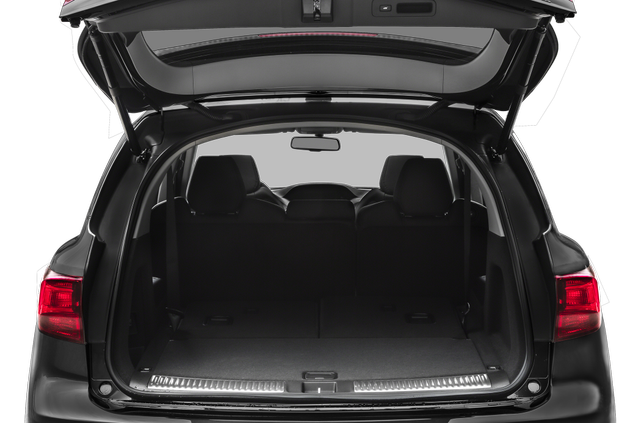 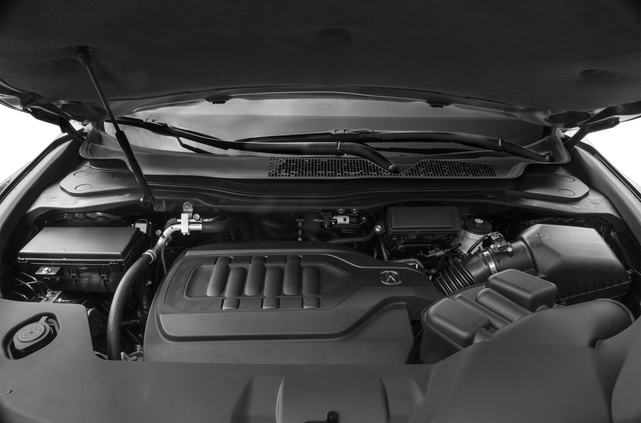 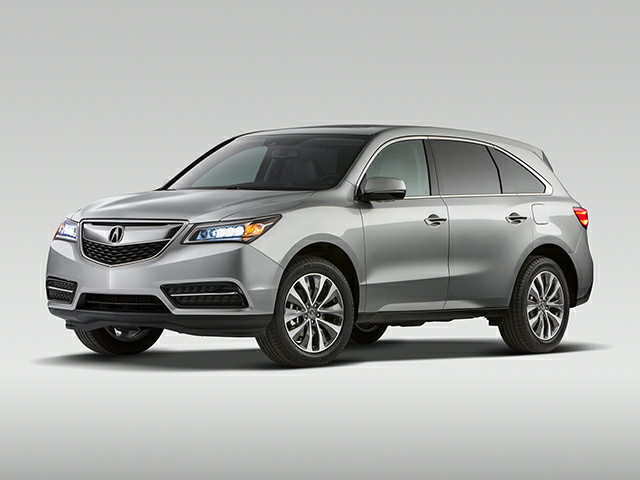 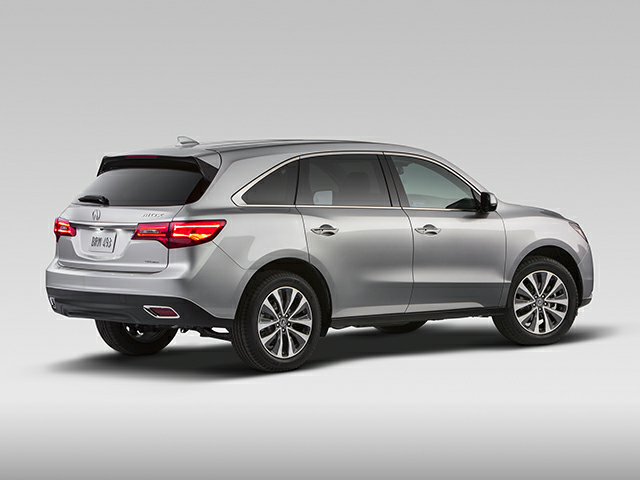 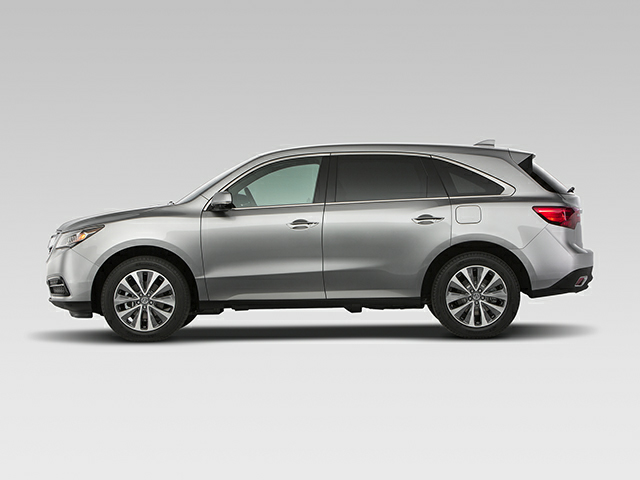 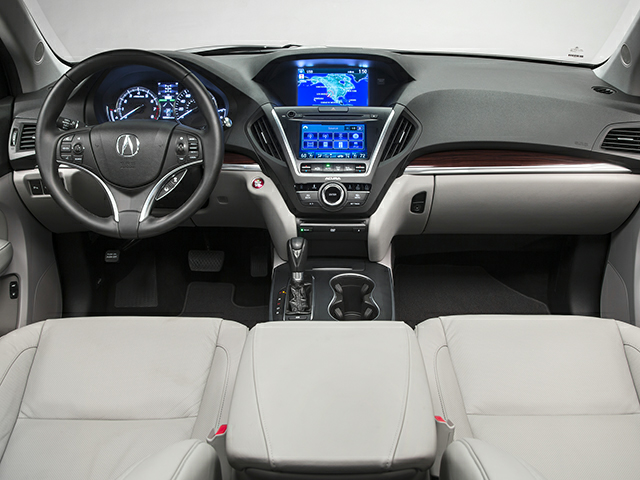 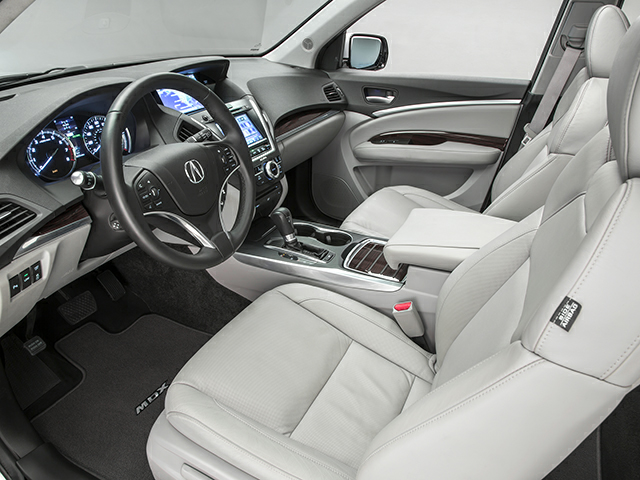 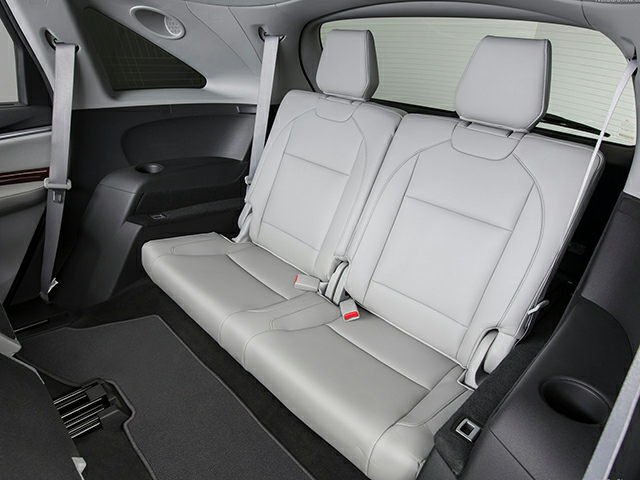 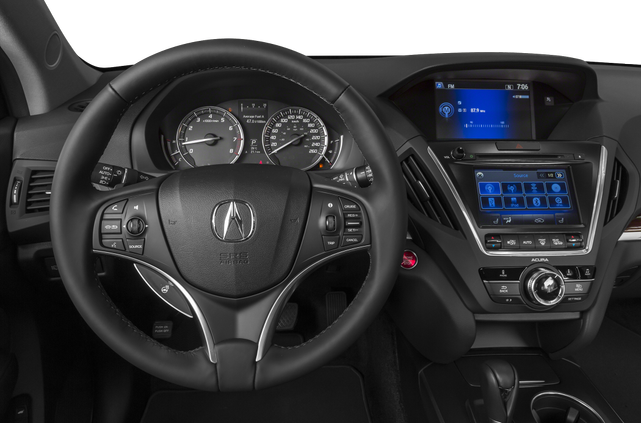 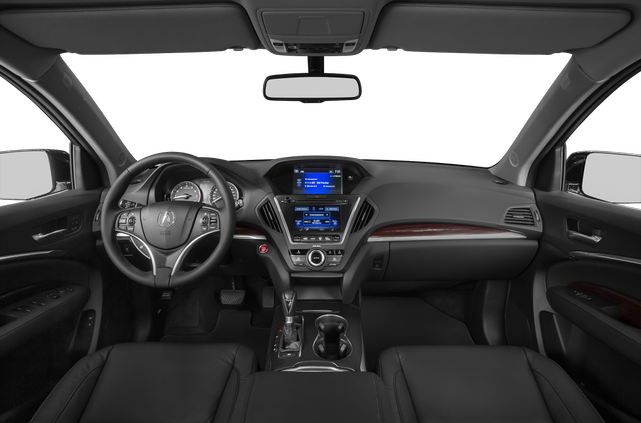 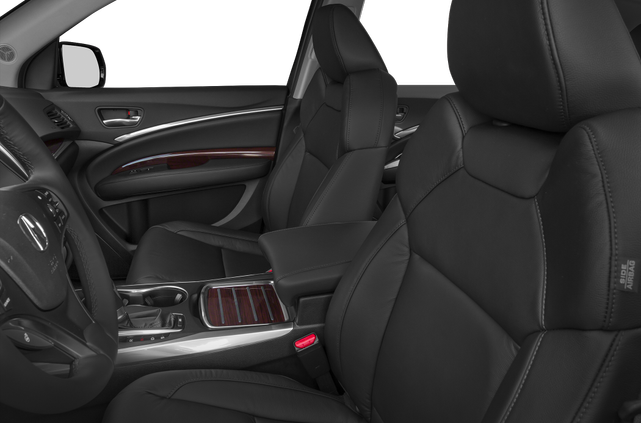 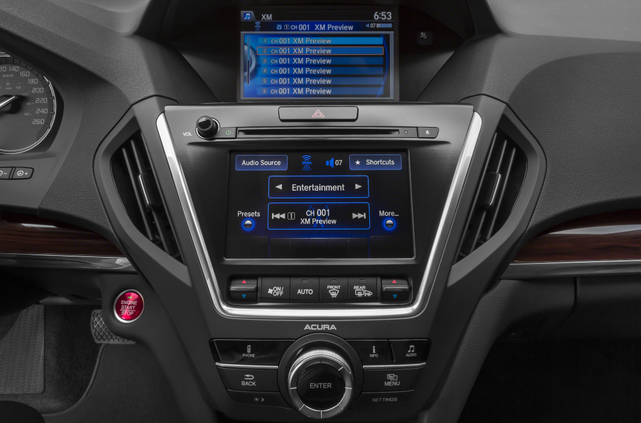 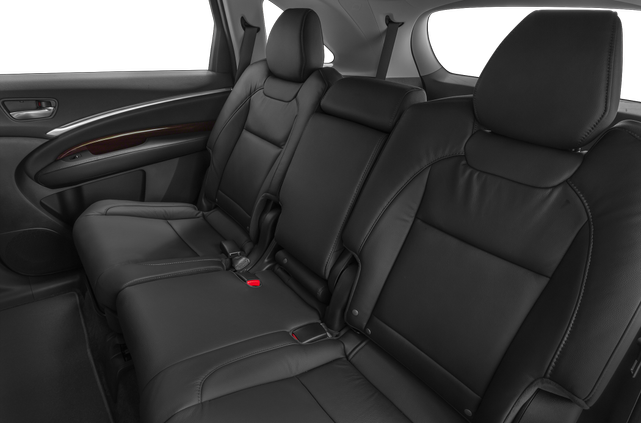 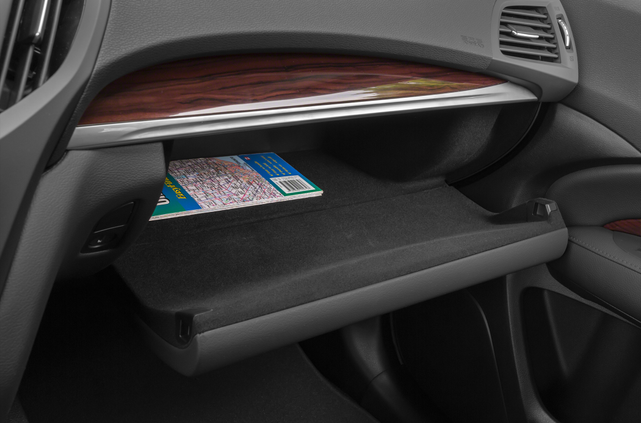 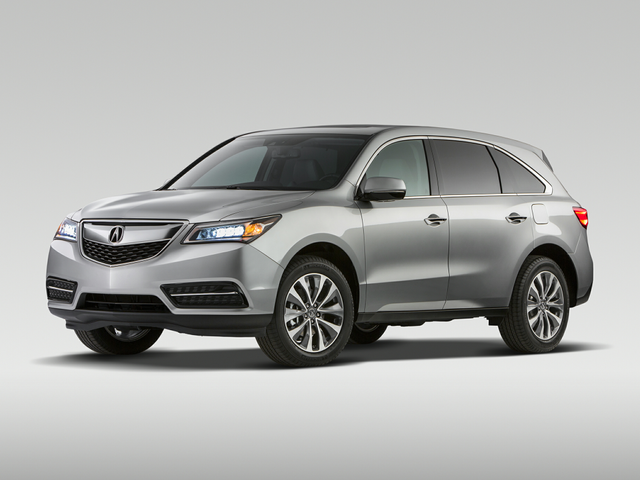 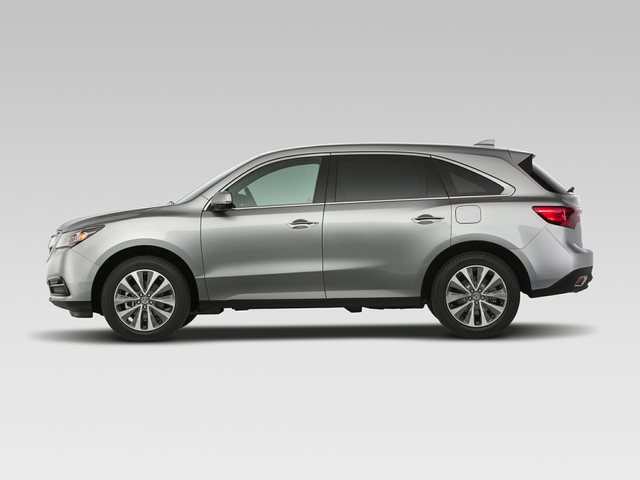 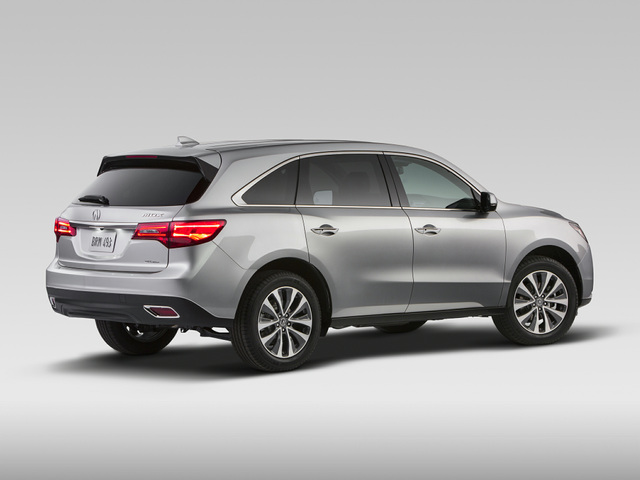 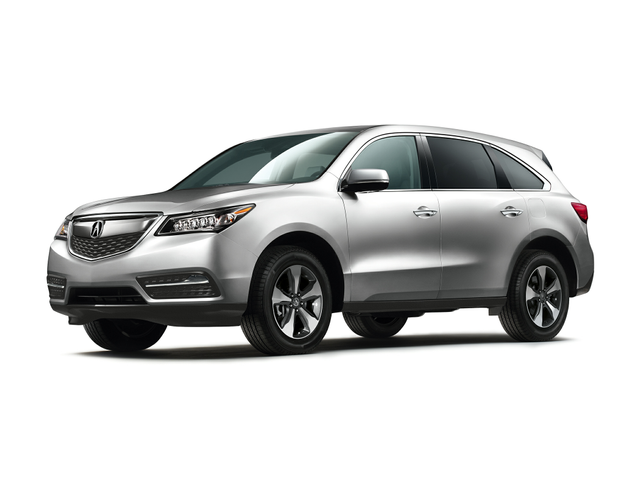 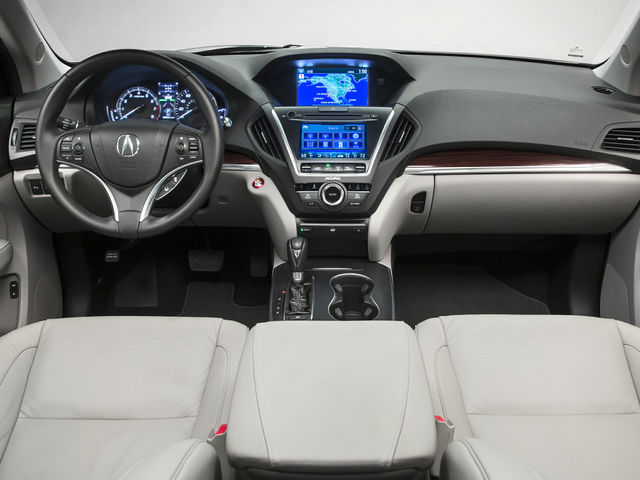 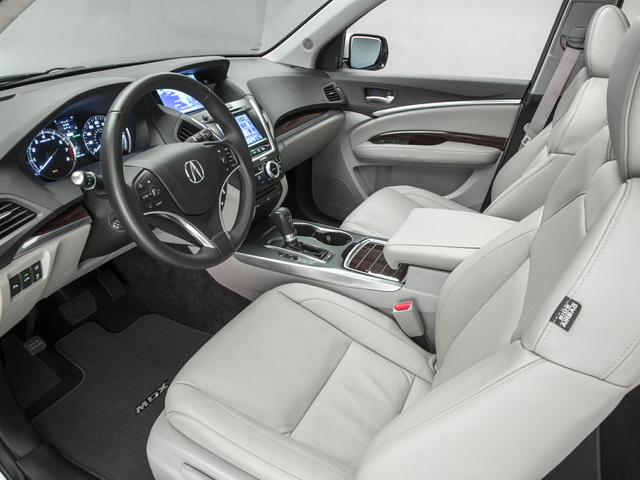 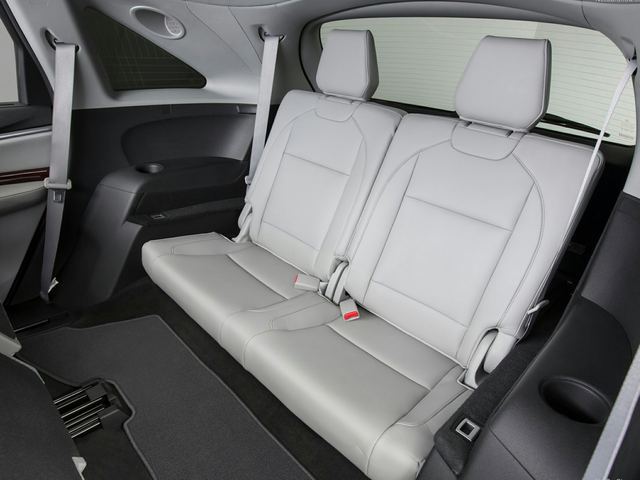