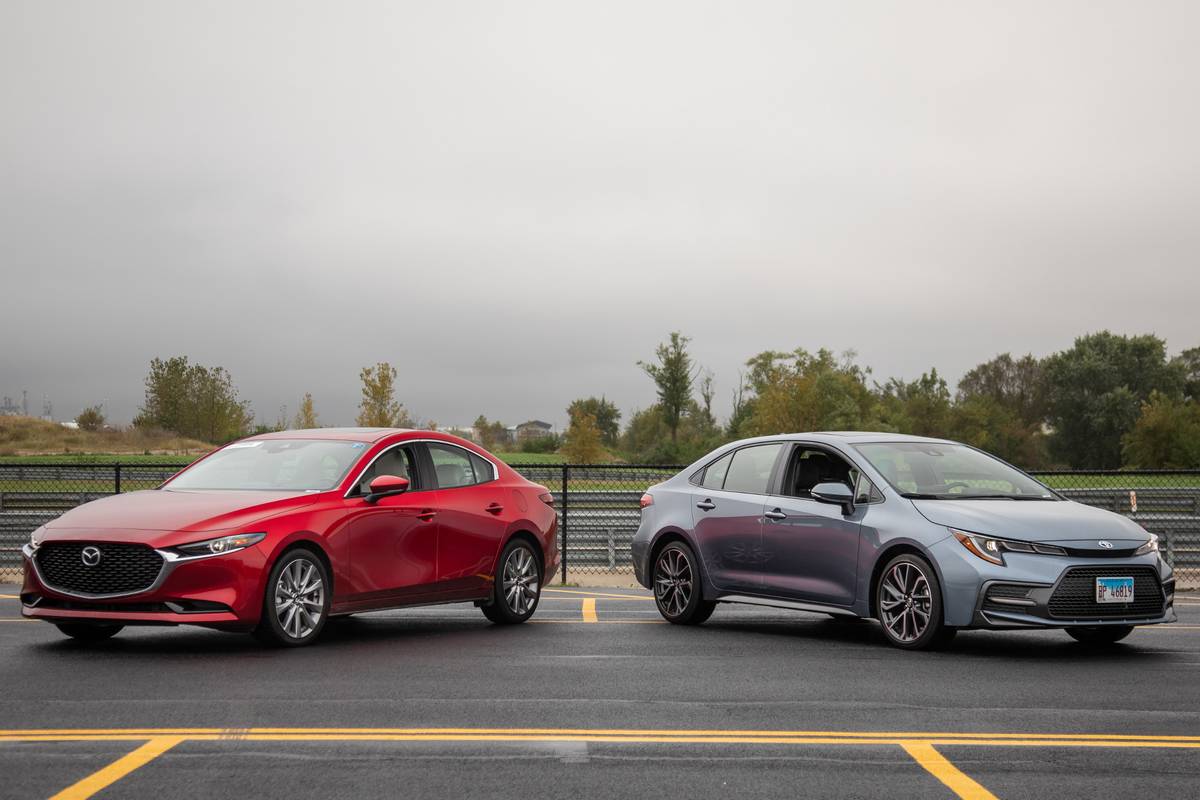 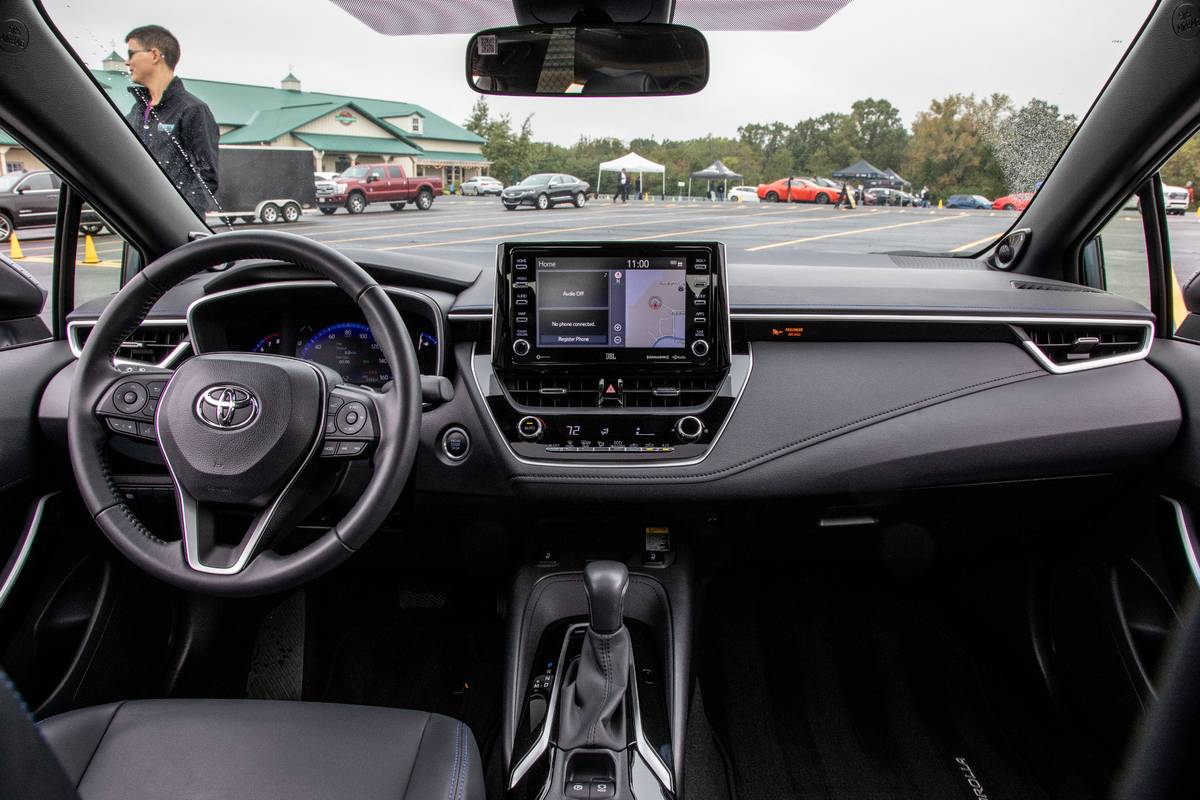 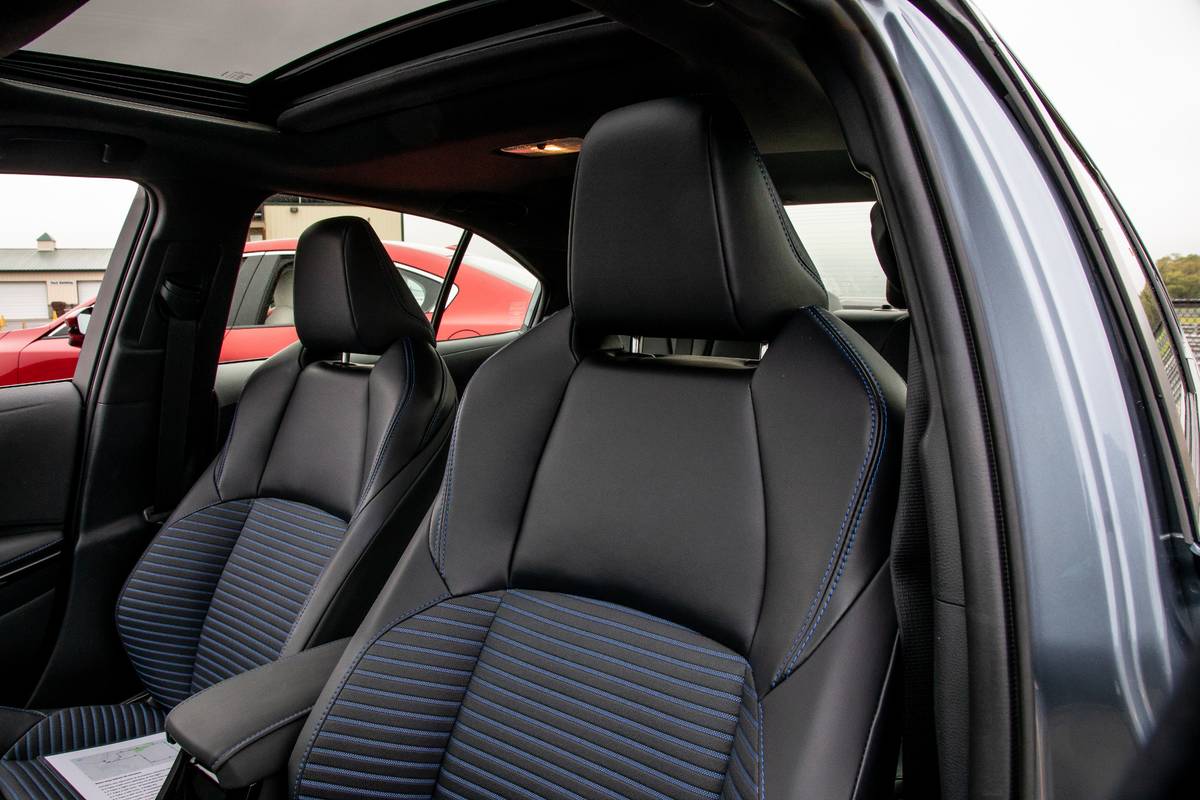 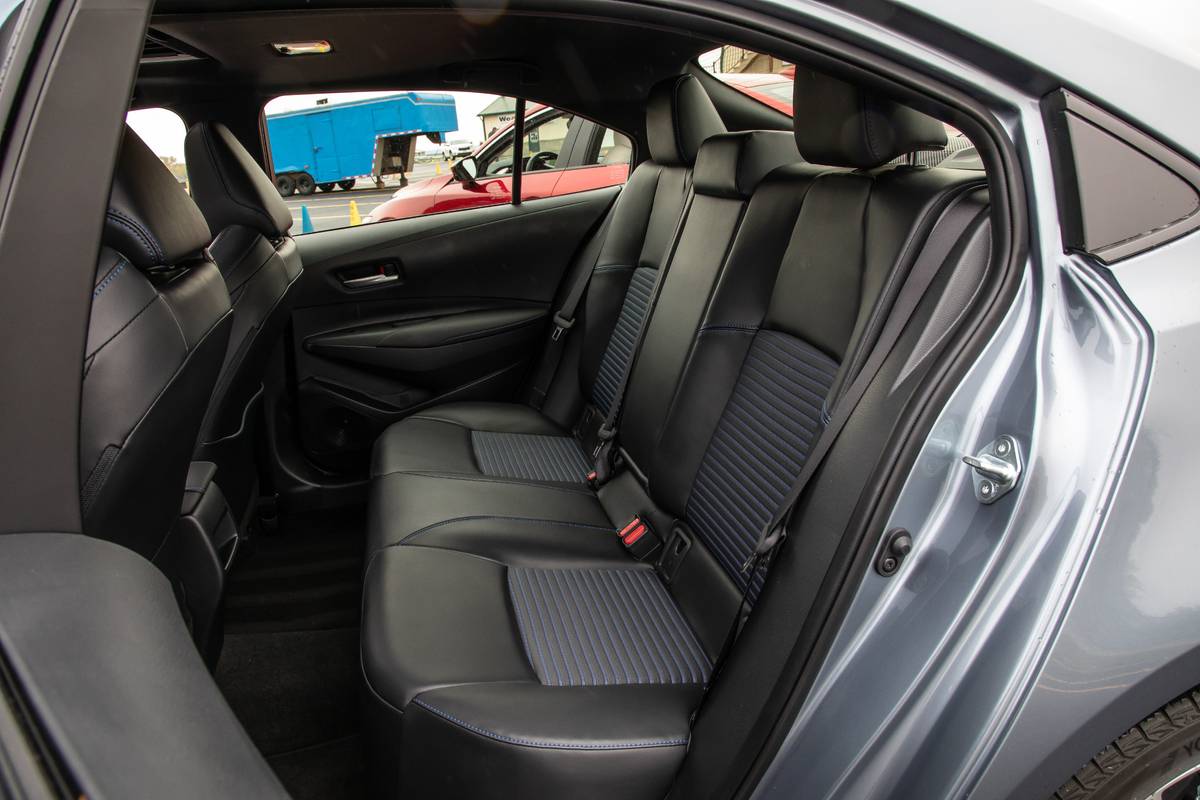 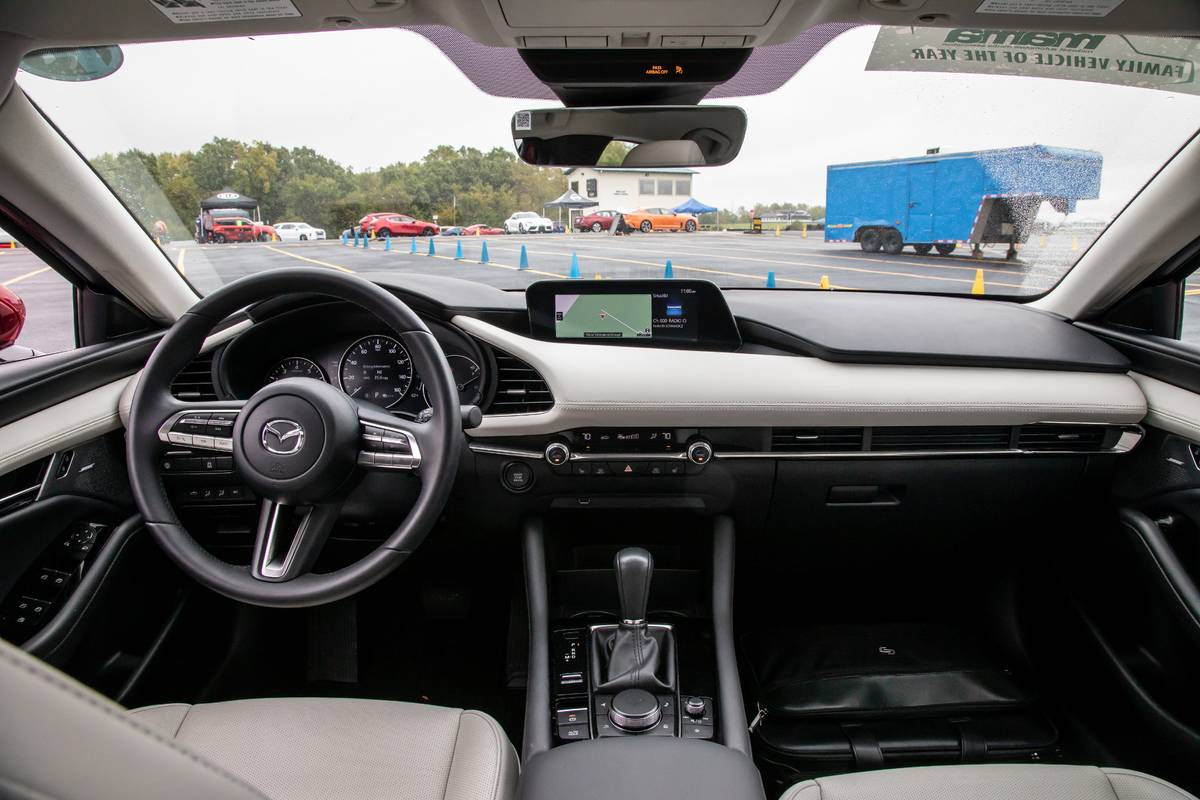 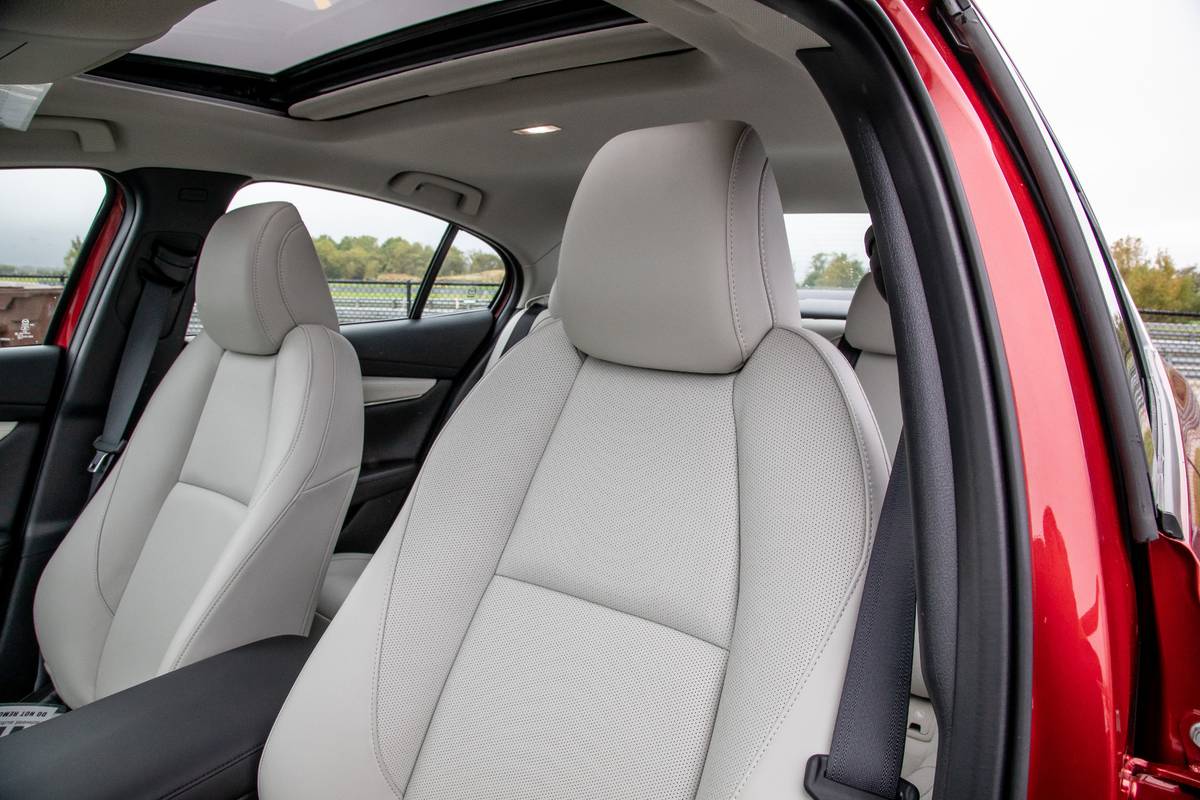 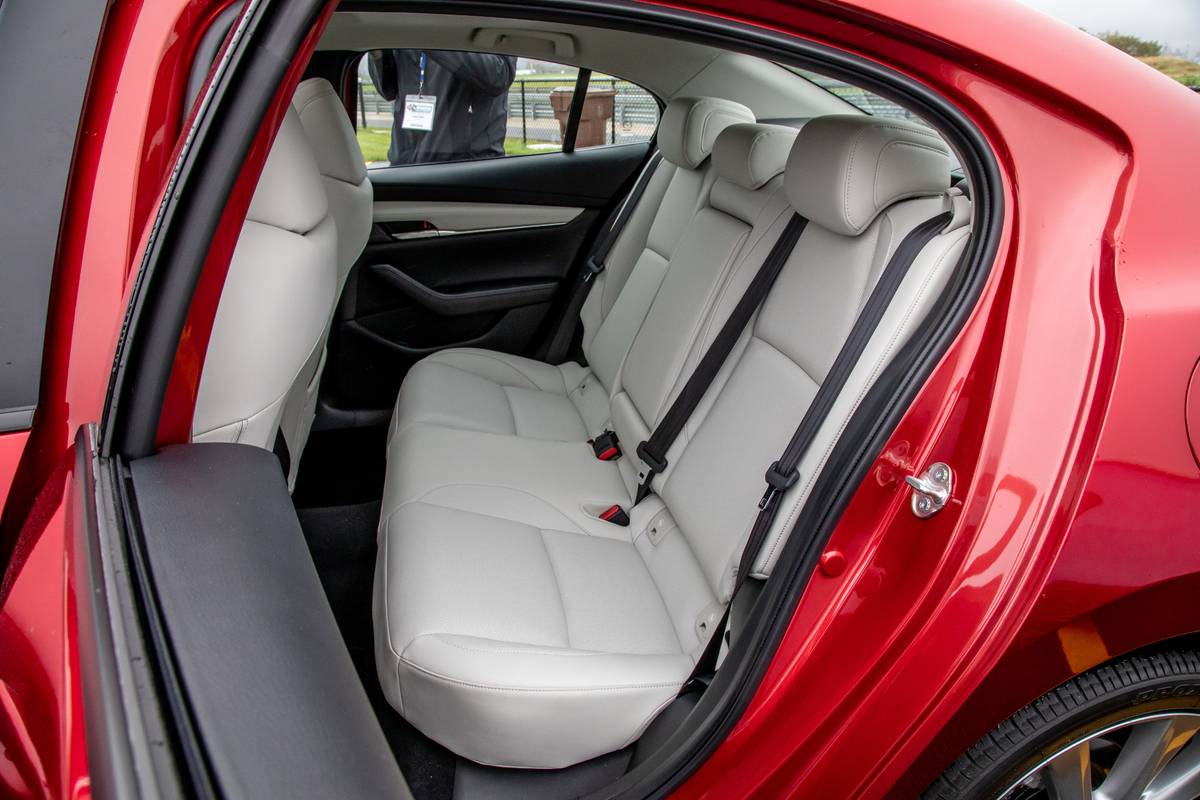 A few years back, I was at a restaurant ordering apple pie when an employee recognized me as that guy from the internet who talks about cars. This, I suppose, is true. He went on to complain that car reviewers are too hung up on performance: His Toyota Corolla might not take corners at 100 mph, but it was still functioning problem free after 100,000 miles.

Related: 2020 Toyota Corolla Sedan, Hybrid and Hatchback: Everything You Need to Know

My pie-peddling pal hit on a longstanding Corolla tenet: Toyota’s resident compact has a reputation for dependability but not, despite a few attempts, fun.

That’s why the Corolla sedan’s latest 2020 redesign, along with its hatchback sibling, is such a surprise. We like the redesigned sedan, and at a multicar drive event hosted by the Midwest Automotive Media Association, I drove a well-equipped example back to back with the Mazda3, a rival known for driving fun.

Guess what? The Corolla is more fun. Here’s why.

All About That Drivetrain

Including a hybrid variant, the 2020 Corolla comes in seven trim levels, with my XSE test car at the top of the heap. The XSE has the Corolla sedan’s top available drivetrain, a direct- and port-injected 2.0-liter four-cylinder with 169 horsepower and 151 pounds-feet of torque; it pairs with Toyota’s new continuously variable automatic transmission, which has a fixed-ratio 1st gear for less droning off the bat. The combination moves the 3,150-pound sedan with energetic peppiness, especially as the engine revs past 3,000 rpm.

The transmission behaves much like a traditional automatic. Accelerate from a stop, and the rubber-band nonlinearity between your right foot and engine revs — endemic of most CVTs — is absent. The handoff from 1st gear to the CVT is hard to discern if you aren’t looking for it, though you’ll know the pulleys are back at higher speeds as revs get a little nonlinear again. Even so, the transmission does a masterful job mimicking a traditional stepped automatic once the car is in motion, raising engine revs crisply to simulate a downshift in less than a full second when you press the accelerator at 50 mph. A driver-selectable Sport mode, included on the SE and XSE, trims response times to about half a second. Bravo.

The all-wheel-drive Mazda3 sedan I tested, by contrast, employs a direct-inject 2.5-liter four-cylinder. Although it makes substantially more power (186 hp and 186 pounds-feet of torque) and only needs to move 100 more pounds than the Corolla — not bad, given the AWD — that power reaches the wheels through a six-speed automatic transmission with excessively tall gearing. First gear swiftly dumps you into an endless 2nd, and it’s interminably far before getting to 3rd.

Downshifts from steady-state cruising are quick enough, but they’re still slower — even in the driver-selectable Sport mode — than with the Corolla’s responsive CVT. The Mazda3 is sufficiently quick, but its transmission erodes any potential for the extra power to translate into better acceleration, at least in daily driving. Presumably such gearing benefits fuel economy, but Mazda’s EPA estimates are mediocre: 27-30 mpg combined, depending on the variant, versus the Corolla sedan’s 31-34 mpg.

Higher-effort steering and better feedback give the Mazda3 more driver-oriented reflexes, but the Corolla is close behind. It boasts quick-ratio steering with lighter effort, and the sport-tuned suspension (again, only on SE and XSE trims) keeps body roll in check.

The Mazda3 has the stiffer chassis, exhibiting minimal body movement over bumps, but its suspension is tuned decidedly firm. High-speed isolation is acceptable but shock absorption over sewer covers or tar patches is downright disruptive. The Corolla’s suspension reacts far more generously to such imperfections, with body movement reasonably near — if not quite matching — Mazda levels. We always emphasize results over formula, but in this case the two might go hand in hand: Toyota implemented a multilink rear suspension for the 2020 Corolla, while the Mazda3 went with a torsion beam, a simpler design often used for cost savings. It shows.

I drove upper-crust versions of both cars: Toyota’s well-equipped 2020 Corolla XSE came to $28,794, (all prices include destination) while the 2019 Mazda3 sedan, an AWD example with the Premium Package, ran $31,055. All Mazda3 trims carry the 2.5-liter engine, but three out of five non-hybrid Corolla trims carry over the snoozer of a drivetrain from the previous Corolla — a port-injected 1.8-liter with 139 hp with a CVT without the fixed-ratio 1st gear. Lower trims also cheap out on cabin finishes, something we note in our review of a Corolla LE. Suffice it to say, a cheaper Corolla variant might compare more unfavorably to its Mazda counterpart. That’s the bad news.

Here’s the good news: Corolla shoppers who want to maximize drivability can get XSE hardware in the less-expensive SE ($23,005), which has the larger engine, trick CVT and sport-tuned suspension. If my back-to-back evaluations prove anything, such examples could signal the Corolla’s most successful marriage yet between sensibility and fun.