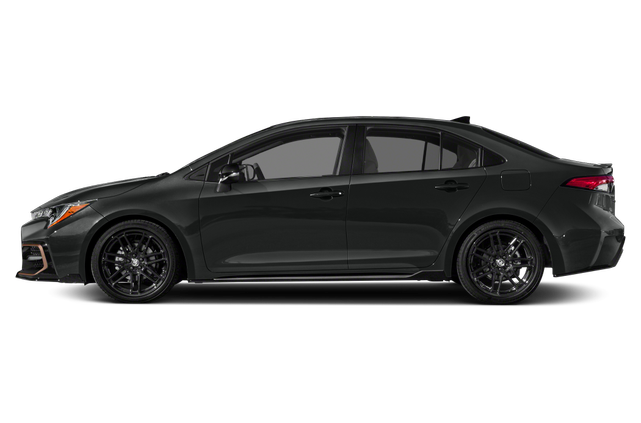 Dating back to 1966 in international markets, the Toyota Corolla landed on U.S. shores in 1968. With a reputation for quality and dependability, the Corolla has become the best-selling car worldwide — to the tune of nearly 1.5 million per year in more than 150 countries. Now in its 12th generation, the Corolla is primarily known as a four-door sedan, but it’s also been offered in coupe, hatchback and wagon form over the years. Attractive economy-car pricing has always been part of the Corolla’s value proposition, though it has at times been criticized for being too conservative and for making some common features optional to keep the base price low.

The 2020 redesign puts the Corolla on a new platform shared with the compact sedan’s hatchback sibling. Power comes from a standard 139-horsepower, 1.8-liter four-cylinder engine that works with a continuously variable automatic transmission. A more-powerful 2.0-li … ter four-cylinder is also available. All Corolla trim levels have an independent rear suspension for better handling, and Toyota’s Safety Sense 2.0 suite of safety and driver-assistance features is standard.

The 2014 redesign improved aerodynamics, with a stiffened body that used more high-strength steel. A continuously variable automatic transmission was introduced. A new LE Eco version with a more elaborate variable valve timing system offered more power and better fuel economy. More rigid suspensi … on pieces improved handling. Other than special editions, not much changed until 2017’s sportier grille and LED headlights, along with a standard backup camera and upgraded fabrics.


The Corolla lost some momentum when its 2009 redesign didn’t go far enough. The 1.8-liter engine crept up to 132 horsepower, but the dated suspension was called out for poor ride quality compared to competitors. Even the sporty XRS fell behind its competition. Stability and tra … ction control were finally made standard in 2010. For 2011, the front and rear were freshened. New display audio, multimedia and connectivity options were introduced near the end of the run.


Once again growing larger, this generation’s Corolla’s interior space began rivaling its mid-size stablemate, the Camry. Critics praised it for sportier handling, if still dull performance, from the now 130-hp, 1.8-liter four-cylinder engine. Interiors were more comfortab … le, with leather becoming an option for the first time. More standard features were added, including air conditioning. The three-speed automatic was dropped.


For 1998, the new Corolla saw a more aerodynamic — if still utilitarian — design. The 1.8-liter engine was upped to 120 hp and returned better gas mileage. Three trim levels were offered. A five-speed manual transmission was standard, with limited availability of three- a … nd four-speed automatics.