Our 1999 Acura TL trim comparison will help you decide.

Think of how often you’re commanded to do, or not to do, things.

No parking, no right turn on red, one way, school zone 15 mph. It’s enough to make you want to drive somewhere to get away from it all.

Then you get it in your car. Like a spouse, it tells you where to go.

“In one mile make a right turn” it says.

But, like the satellite navigation system, an option in Honda’s newest sports sedan, the new TL is not just another Acura.

The styling of this car gives little hint about its true nature. Up front a large chrome grille recalls a similar look that’s prevalent on lesser Hondas. Out back, the trunk lid is tailored in a fashion similar to Acura Legends, a model name no longer used.

Yet, if any car fits the moniker, it’s the latest TL, a model that declares that Acura has found its way back.

Honda’s Acura division was the first Japanese automaker to march up-market in America, fielding a line of cars that reflected their Honda heritage: sporting, tossable, fun-to-drive yet conservatively styled.

But as Lexus and Infiniti rose to challenge Acura, it seems they lost their focus. For even though the sporting NSX was introduced, older names like the Legend were supplanted by the softer, Lexus-baiting RL. A nice car, but not the one that some Legend owners were accustomed to.

Similarly, the unpopular Vigor was replaced by the equally unpopular TL. Last year’s TL felt like the overgrown Honda it was, and it never really found its niche.

Enter the 1999 TL and for the first time in years, Acura has a sedan worthy of the name.

The new TL benefits from the use of the new Accord platform as its starting point. The structure feels tighter, yielding a better driving experience. The front and rear suspension are now mounted on isolated sub-frames to reduce noise and improve handling. The suspension is still fully independent, with Honda’s double wishbone suspension now fitted to larger tires.

The engine is now transversely mounted which, along with a more compact suspension, makes for increased interior space.

The engine is a new 3.2-liter engine with variable valve timing and electronic control or VTEC. VTEC varies the lift and opening duration of the intake valves depending on how fast the engine is turning. This allows the engine to provide good low-speed torque, while also allowing good high-speed power, usually two mutually exclusive engine characteristics. The bottom line is the driver gets to use all of the 3.2-liter SOHC V-6’s 225-horsepower. The engine sounds lusty and expensive, with power coming on strong throughout the rev range, although there is still better boost at the top end.

But this sedate-looking sedan farely screams off the line, supplying power obediently as speed builds.

All this power is fed through the front wheels courtesy of Honda’s latest four-speed automatic transmission. Shifts are prompt and smooth and seem well matched to the engine. It’s qu ite smoother than previous Honda automatics. It also features grade logic. Various sensors in the car let the transmission know when the car is on a hill holding the engine at a lower gear.

Handling is quite good as well. It’s not as sharp as some of its German competition, but it makes up for it in compliance. The TL is firmer than a Lexus ES 300 or Chrysler 300M, yet not as firm as a VW Passat. Personally, the compromise seems just about right. Extreme manu evers will br ing out body lean, but 16-inch wheels will allow you to hang in there.

Stopping is courtesy of four-wheel anti-lock disc brakes. They’re larger than last year’s and have great stopping ability. If you can’t stop quick enough, dual front air-bags are standard, although side air-bags are not.

All this allows the car to scream, “drive me,” even though your spouse is screaming to slow down and the car itself is busy telling you something else.

The only option to add is Acura’s navigation system. The system consists of a 6-inch color LCD mounted in the center of the dash, and a hard drive mounted in the trunk. The hard drive contains information on one of six regions in the U.S., and uses Global Positioning data retrieved from satellites to keep track of where the car is.

Using buttons as well as touch-screen display, the driver can program in a destination. The car will then map it for you using several criteria, such as direct route, easy route, avoid toll roads, maximum highway use, etc. A voice then tells you where to go. (as opposed to your spouse when you get lost and you refuse to ask for directions.)

While this system will allow you to find back roads, it’s more useful to those who drive a lot in large metropolitan areas, where more streets are mapped. For most of this area, there are vast, blank areas. That said, it did map some incredibly arcane back route that only longtime natives would know, so it is helpful.

It also can prove distracting. But once used to it, you’ll wonder how you did without it. The system is updated at no charge for the first two years or if the owner moves to a different region.

Accompanying all this technology is a first-rate cabin, well suited to the task of driving. The dash is low, affording a good view. Instruments are clear and logically arranged in Honda fashion. Two stalks offer wipers/turn signals and manually operated lights. The arc of the hooded gauge cluster sweeps into the center stack where the navigation system resides atop the automatic climate control and audio system. Instead of an ashtray, Acura has fitted a felt-lined change tray and power point. The heated seat switches reside below that. The console is trimmed with fake wood trim. The cupholders are located behind two dampened doors. The storage bin/armrest is in two parts and very handy.

The front bucket seats are comfortably firm, but the tall will find the seat-bottom cushion a little short. The side bolsters will hold you in place through corners, but they may be too narrow for some.

Seat space in back is good for two. The trunk is roomy, with a small compartment and cargo net.

Gas mileage was 19 mpg, good considering the power at hand. The Acura TL runs on premium fuel only.

The car comes fully equipped in one trim level with only the navigation system as an option.

Some time spent with the new talking TL will have you saying, “I want one.” With the perfect balance of handling and luxury, the new TL should be a Legend.

I bought a 1999 two weeks ago car is a total cream puff has 67 thousand miles on it. Drives like a brand new car. Has every option available. Heated seats premium bose stereo CD and cassette navigation system leather interior not a tear or nick in it. And will pin you back in the seat. Does anyone know the horsepower rating ? What is this car worth with the extremely low milage? Wouldn't think of selling it just want to know what kinda deal I got. I have been driving trucks and suvs for 40 years this car is really a joy to drive. Bought it as a Sunday car body is strait paint is awesome for its age having a lot of fun driveing it. What can I do to the motor to get some more horse power out of it. Would love some advice.

September 5, 2020
By Supra84 from Minneapolis Mn
Owns this car

I've owned this car since 2003. Current miles 333,620! However, I have had to change parts. A new transmission at 200,000 miles. New radiator and oil pump at 275,000. Where the costs unreasonable? Not really. For a brand that's touted to last 200,000 miles it has done quite well. Part of it has to be because I use the same dealer. Whenever I have ventured to another to save a buck I've inevitably had the dealer repair the earlier repair! Learned my lesson. Use the dealer, even if it costs a bit more.

Rating breakdown (out of 5):
4 people out of 4 found this review helpful. Did you?
Show full review
See all 29 consumer reviews 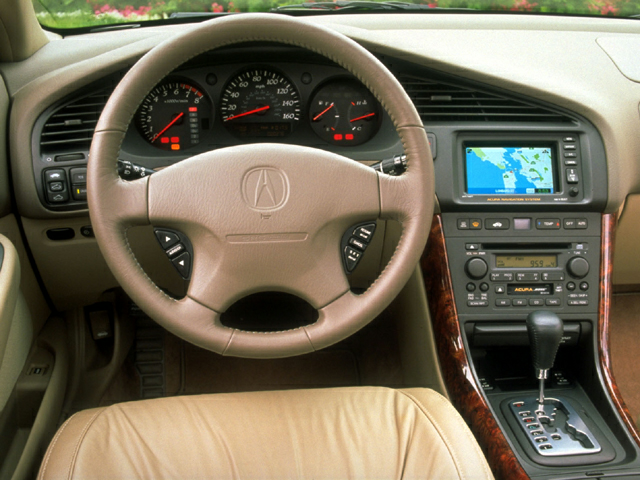