Our 2013 Audi A4 trim comparison will help you decide.

Even though the current version of the Audi A4 first hit dealerships all the way back in fall 2008, periodic updates make the 2013 A4 a lot more competitive than its vintage would suggest. It’s a textbook example of how an automaker can keep an older model fresh.

BMW’s redesigned 3 Series will hold on to the perennial sport-sedan body-type spotlight, but the 2013 Audi A4 is an unfairly overlooked competitor.

Chief among the updates for 2013 are revisions to the car’s face, including redesigned headlights, and some functional changes inside (compare the 2013 and 2012 A4 here).

The Audi A4 now comes only as a sedan with a turbocharged four-cylinder engine; the related S4 has a supercharged V-6. Audi replaced the A4 Avant wagon by resurrecting the Audi Allroad nameplate — essentially an A4 Avant with better off-road chops. Read my review of the Allroad here, or compare the A4 and S4 here. This review focuses on the A4, which comes with FWD or AWD and a manual or automatic transmission. Compare them here.

Mite-Sized, but Mighty
The A4 puts Audi’s knack for turbo four-cylinder engines on display and goes to show that horsepower is only one part of the performance equation. The A4’s tiny, 2.0-liter four-cylinder and its 211 hp rating may seem meager, but a robust 258 pounds-feet of torque coming as low as 1,500 rpm mean the car scoots. I could leave our test car’s six-speed manual in 5th or 6th gear and hum along at 40 mph with enough power to ramp up speed as needed. Stand on the gas and the A4 rockets toward redline with no sign of power running out until the car’s rev limiter kicks in somewhere north of 6,000 rpm.

Audi’s Quattro all-wheel-drive also impresses, sending 60 percent of power to the rear wheels under normal conditions. It can route as much as 85 percent to the rear for some tail-drifting action, and the turbo A4 displays better dynamics and less nose-heaviness than the V-6 A4 that was offered at the outset of this generation. The new electric power steering for 2013, which shaves scant weight over the nose versus the prior hydraulic setup, also can’t hurt. The A4 still lacks the outright driftability of a pure rear-drive sport sedan like the Infiniti G or BMW 3 Series, but it comes close enough for more casual enthusiasts.

The electric steering gets my thumbs-up. It still provides plenty of power assist at low speeds — long an Audi characteristic — where performance enthusiasts will probably find it too light. But the steering wheel firms up progressively as speed increases and responds with engaging feedback on curvy roads. A Driver Assist Package can adjust drivetrain and steering wheel response — including the steering ratio, not just power assist — to comfort or performance settings. Audi got the steering right enough, though; the package may not be necessary.

Our test car had optional 18-inch alloy wheels and lower-profile tires, as well as a sport-tuned suspension. The sport suspension had a firm ride, with noticeable disruption over angled slabs of pavement and the like, but it soaked up expansion joints and small potholes well. This version is sort of a midlevel performer, falling between the suspension extremes: the base Audi A4’s standard suspension with cushier 17-inch tires and the S Line Plus Package with 19-inch tires and the sport suspension.

EPA-estimated fuel economy with the manual is a respectable 22/32 mpg city/highway, but like some competitors, Audi requires premium gas. An 8-speed automatic is available on all-wheel-drive trim models, but it loses 2 mpg (20/30 mpg); front-wheel-drive cars have a continuously variable automatic transmission that gets 24/31 mpg.

Consistent Materials
Audi hasn’t blazed new trails for interior design in recent years, but the consistency of its quality is still an industry benchmark. From the door panels to the center console, cabin materials have an attractive, low-gloss finish. My longstanding complaints are nitpicks — Audi could throw more padding atop the doors or engineer heftier window switches. Overall, I’m still a fan.

Space is not an A4 strength. The backseat is tight, with a large floor hump stealing footwell space. Trunk volume, at just 12.4 cubic feet, matches the Mercedes-Benz C-Class but trails the G (13.5 cubic feet) and 3 Series sedans (13.0).

Features, Pricing & Safety
For a starting price under $33,500, the Audi A4 Premium (base model trim) comes well-equipped, with standard features like genuine leather seats — not leatherette (vinyl) like many competitors throw in their base models — plus dual power seats, a moonroof and single-zone automatic climate control. It’s on the audio front that the other shoe drops: The standard stereo includes just a single-CD player and auxiliary jack. USB/iPod connectivity plus Bluetooth phone and audio streaming — features many non-luxury cars include standard — remain optional. Other options include dual-zone automatic climate control, the MMI navigation system, heated seats and a marvelous Bang & Olufsen stereo. Like most German sport sedans, the sky’s the limit with pricing; check all the factory options and the Audi A4 Premium Plus and Prestige trim packages can climb past $50,000.

Reliability for the A4 has been good, but that isn’t much of a differentiator. The 3 Series, C-Class, G37 and Lexus IS sedans are all fairly reliable, too. The A4 received Good scores in the Insurance Institute for Highway Safety’s side-, rear-, roof-crush and traditional front crash tests, but it performed poorly — as did most of its peers — in IIHS’ new small-overlap frontal tests, which aim to replicate a frontal collision where the impact includes just 25 percent of the car (see the results here). The C-Class, IS, 3 Series and Acura TSX received Marginal or Poor scores, too; only the Infiniti G, Volvo S60 and Acura TL received Acceptable or Good scores.

Standard features include six airbags plus the required antilock brakes and electronic stability system. Click here for a full list, or here to see our evaluation of child-seat provisions.

A4 in the Market
Even including sales of the related, two-door A5 and S5 — that’s how luxury rivals group their coupe, convertible and wagon versions — total sales for the A4-derived family rank near the Infiniti G but fall a long distance behind Audi’s German rivals. This car doesn’t deserve to be so far behind.

Love this car. Just bought another one.

Great 4 door sedan. Handles perfect in ALL conditions. Hauls 4 very comfortably. Great safety and reliability. Service and support at the dealership is excellent but expensive. Test drive an Audi a-4, you won’t regret it.

Most reliable car for the price. Very Eexcellent.

It has plenty of leg room front and back and great interior and exterior. It has new tires, battery, breaks and rotors. Good driving experience and best price.

September 5, 2020
By Waiting for situation to be rectified from columbia sc
Owns this car

I am disappointed in this vehicle. Only had 73,500 miles when I purchased it from Jim Hudson GMC. In 1700 miles & <3 months of owning oil has been topped off a few times & the oil light has come on. OCT was done & it burns .69qts oil every 1k miles. Needs $8771.00 of piston replacement. Car isn't worth that on top of what paid for it. Don't bother unless you buy brand new w/ a mega warranty!

Rating breakdown (out of 5):
5 people out of 6 found this review helpful. Did you?
Show full review
See all 58 consumer reviews 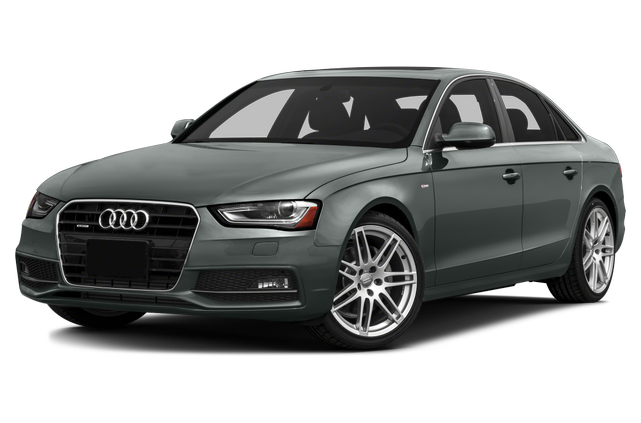 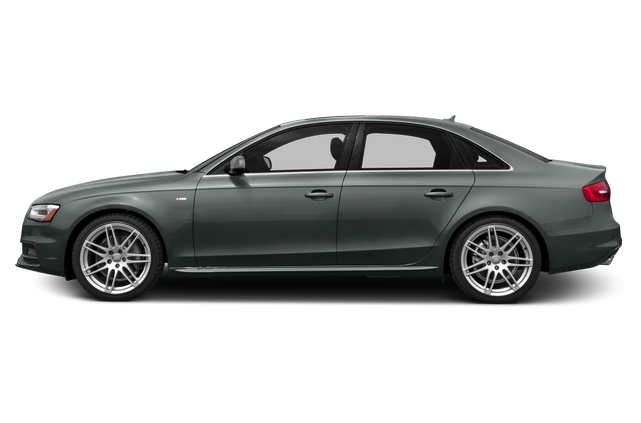 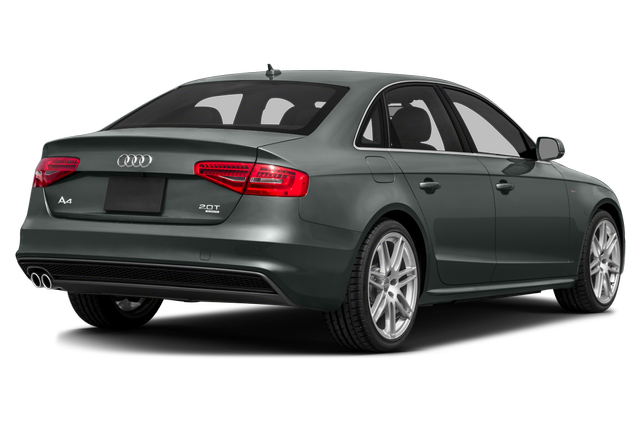 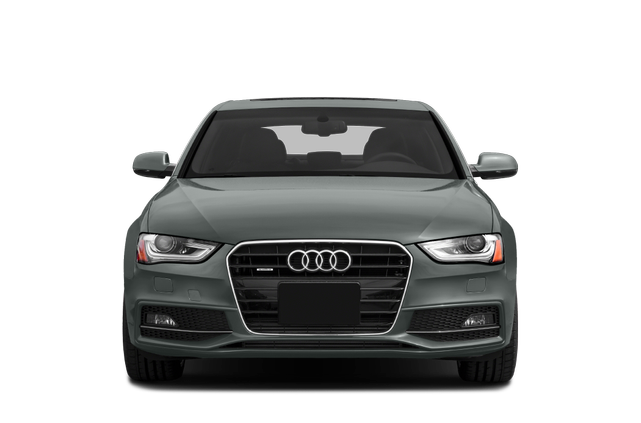 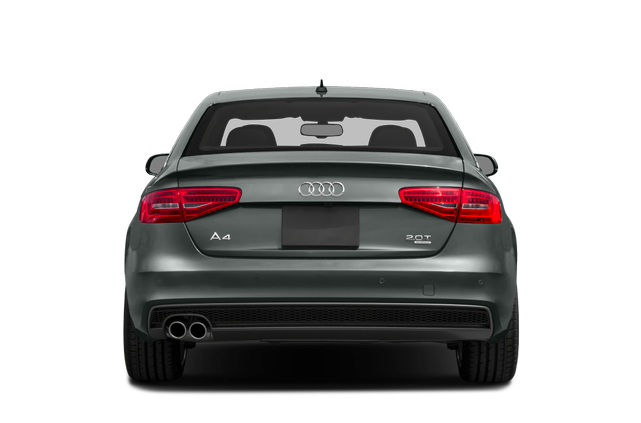 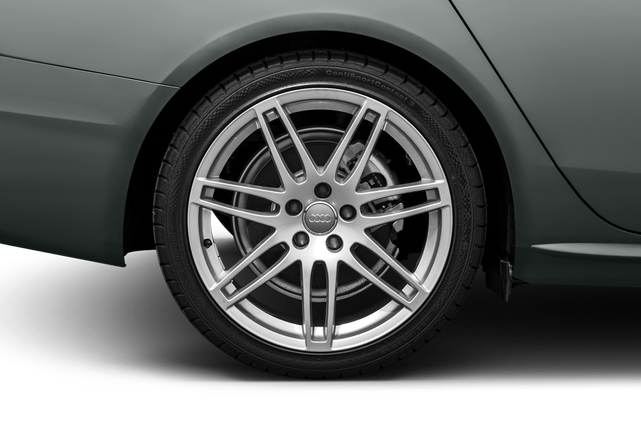 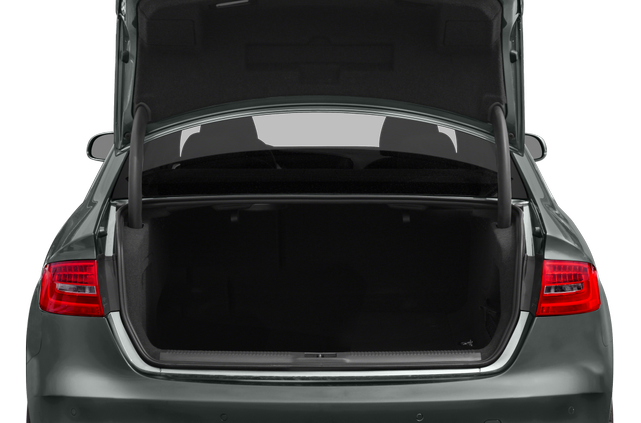 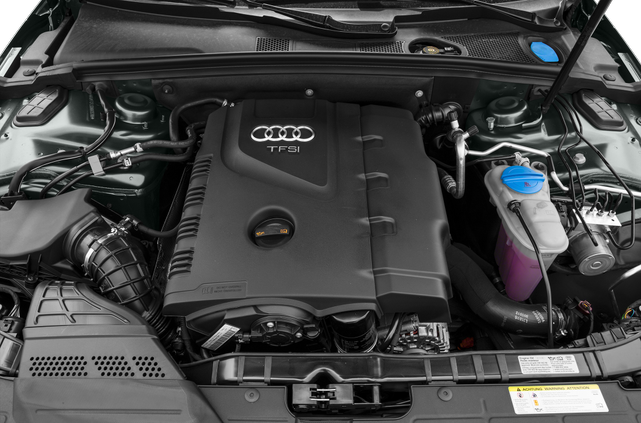 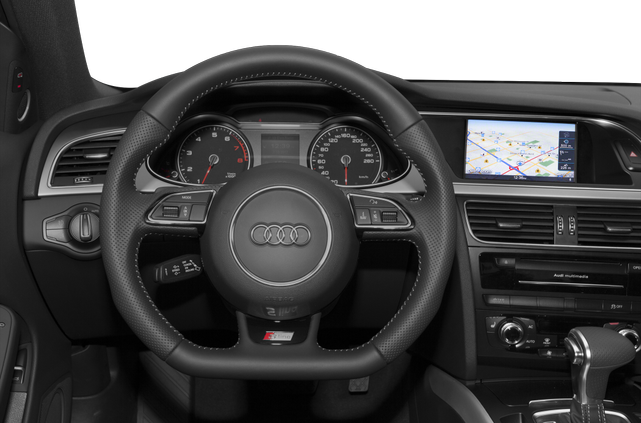 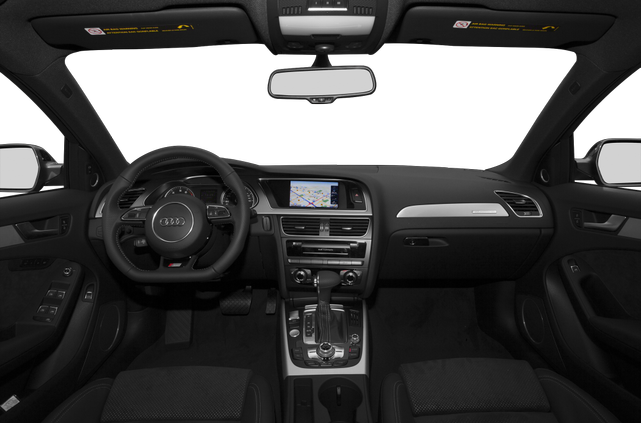 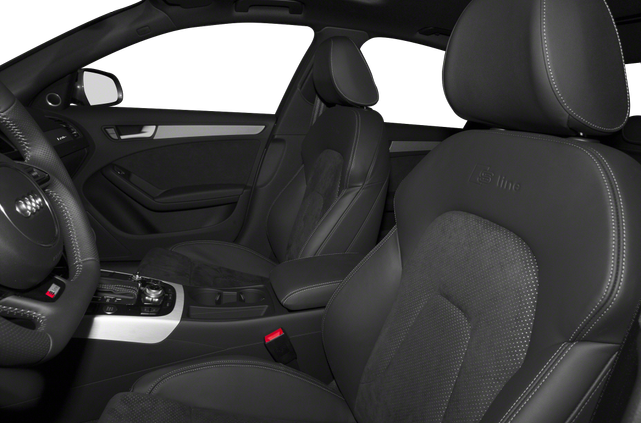 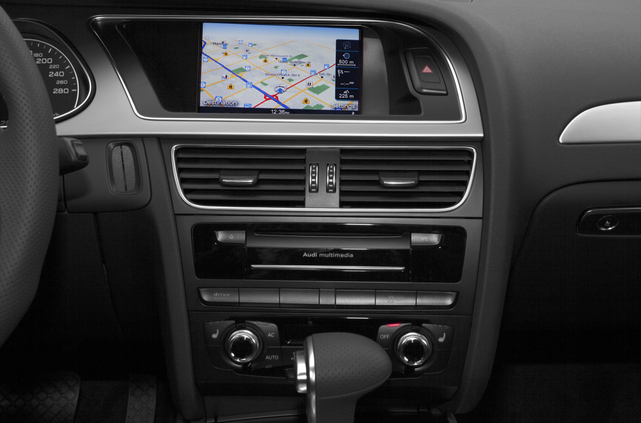 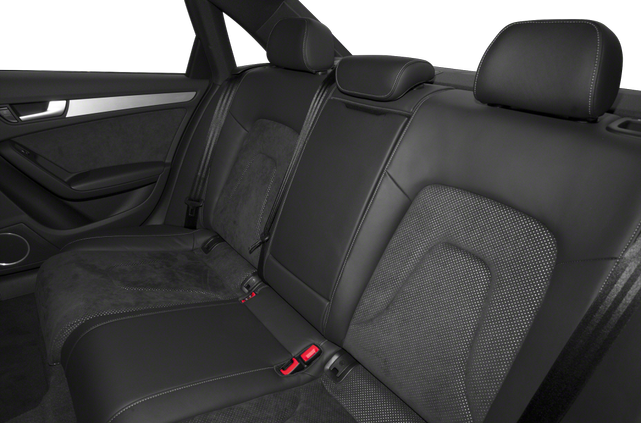 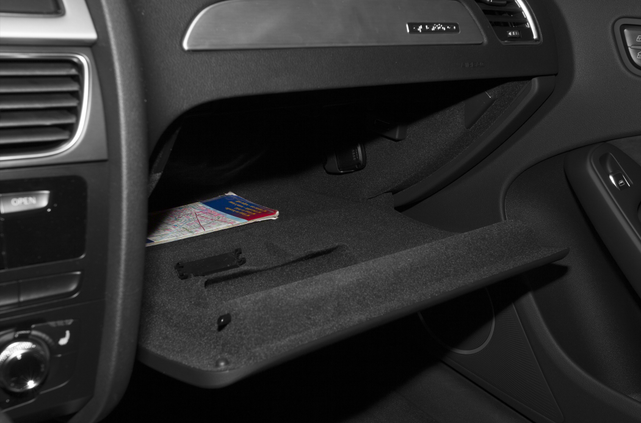 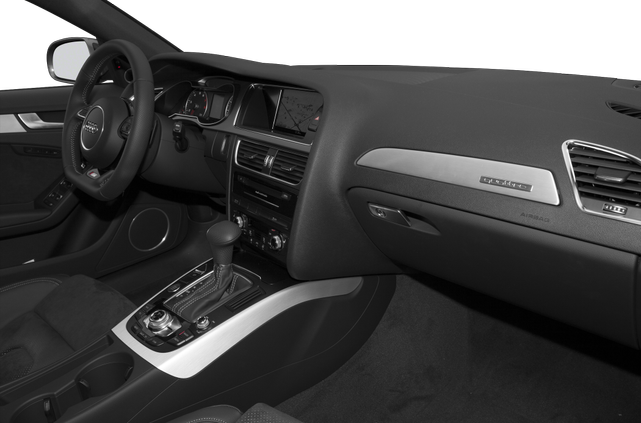 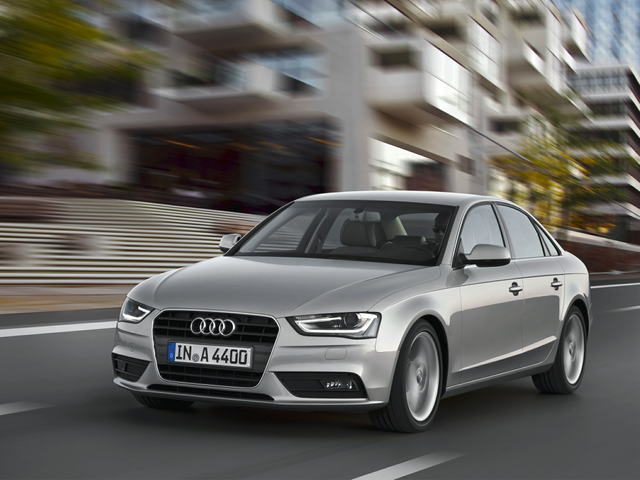 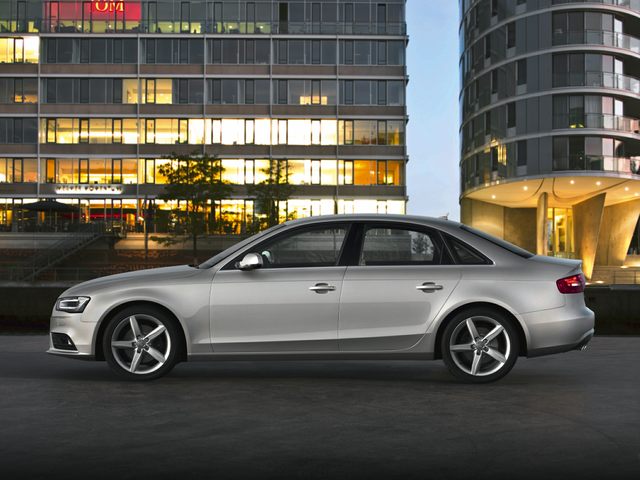 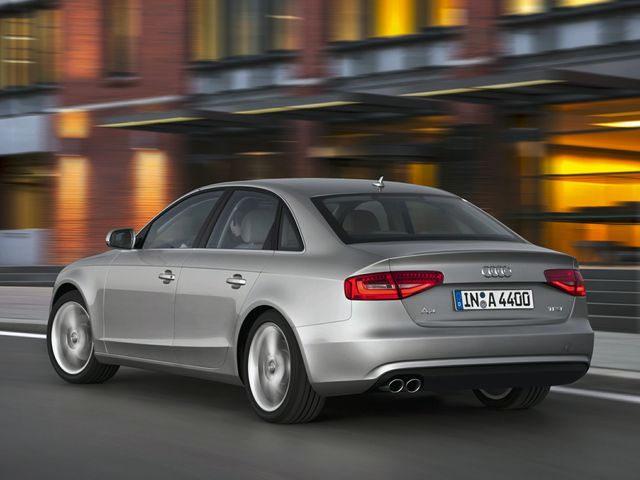 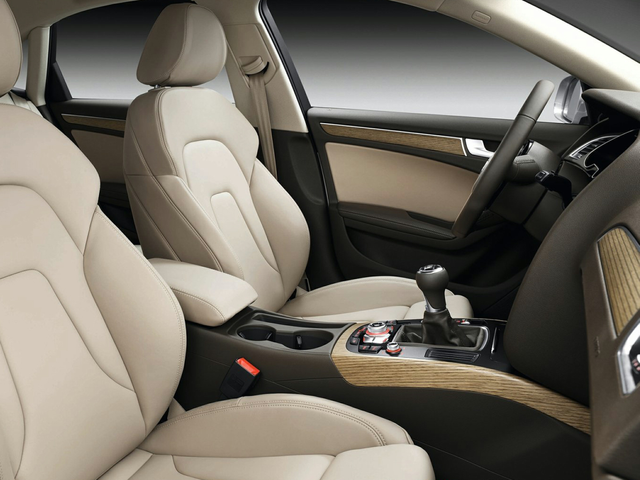 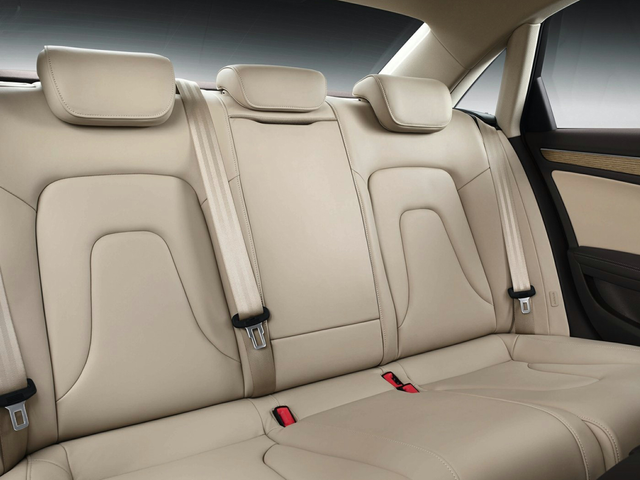