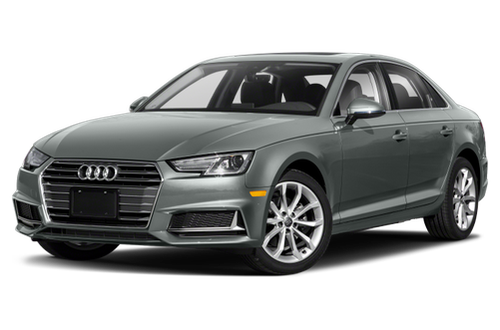 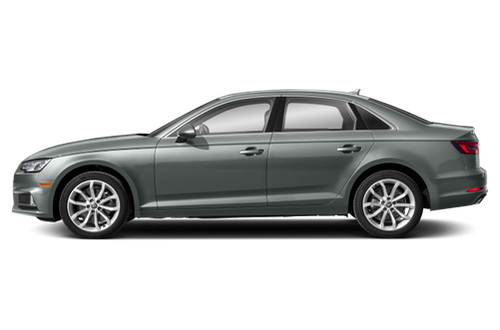 Change year or vehicle
$26,495 — $52,016 NEW and USED
30
Photos
View Local Inventory
Get a quote
No listings at this time Get the latest resale value

Most significant changes: A new screen and multimedia system inside, complete with a 10.1-inch touchscreen that sits high atop the redesigne...

Most significant changes: A new screen and multimedia system inside, complete with a 10.1-inch touchscreen that sits high atop the redesigned center stack; Titanium Premium trim dropped, Premium Plus and Prestige trims added

The 2020 Audi A4 gets a refresh that introduces changes of varying degrees to the compact luxury sports sedan. In an interesting wrinkle, the new equipment and styling don’t seem to have moved the base price — it holds fast at $38,395 (including a $995 destination fee, also unchanged) for the front-wheel-drive Premium version, while the first tier of all-wheel-drive Quattro models have actually dropped in price. This is rare in an automotive world where vehicles seem to add dollars to their bottom lines each year even without changes.

Audi will tell you that “almost every piece of sheet metal on the exterior has been transformed,” but it doesn’t really feel like a transformation if you look at the 2020 model. Instead, it feels like a typical Audi restyling with a tweak here or there that you’ll notice only if you put the 2019 and 2020 next to each other. There are more prominent shoulder creases down the sides of the car and the grille has been embiggened. LED headlights are now standard, with Premium Plus trims adding an LED daytime running light signature. But overall, the A4’s profile remains much the same.

Changes are more substantial inside, where the A4’s multimedia screen has been swapped out for a larger (and standard) 10.1-inch screen that sits in the same spot atop the dashboard. It has a new operating system, as well; Audi says that the guts of the system have been updated, and it now reacts 10 times faster and has sharper graphics than before. The look is familiar — the menu with square icons is similar to the system we’ve seen in other recently updated Audis such as the A6 and A7. But instead of a second lower touchscreen panel for climate controls and other functions (like the A6 and A7), there are physical controls that match the Audi Q3.

This is a change we’re generally in favor of, especially for climate controls. But it appears that the A4 has inherited some of the Q3’s quirks, too, including a weird placement for the volume knob, which is tucked away on the passenger’s side of the gearshift. Thankfully, there are steering wheel controls to use because reaching the knob is not easy for the driver.

There are also a few more notable standard interior features for 2020: a power sunroof, heated eight-way power driver’s seat, sport seats for AWD-equipped models, tri-zone automatic climate control and ambient interior lighting. All of this makes the lack of a price increase even more confusing, especially on base models.

The rest of the car stands pat. While Europe gets six (six!) different powertrain options, including some mild-hybrid systems we had hoped to see make it over, it’s the same two gasoline options as 2019 in the U.S.: a 188-horsepower, turbocharged 2.0-liter four-cylinder with FWD and a 248-hp, turbocharged 2.0-liter four-cylinder with AWD. And yes, you read that right — it’s basically the same engine, just tuned up for use with Quattro AWD.

It seems like a no-brainer to go for the 2020 A4 due to the added standard equipment and larger screen, and I’d say that in most cases, it’s the route I’d recommend. The only exception that I can think of is if you got a massive discount on a 2019 model with a dealer that was trying to clear more inventory. Otherwise, newer is better.

Love this car so much

Love how the car looks on the outside and inside the car. My Audi A4 is very comfy and very safe to drive. The car is also very advance and up to date with technology. Read full review

Ease of Use
good

All Model Years for the Audi A4

Certified child passenger safety technicians conduct hands-on tests of a car’s Latch system and check the vehicle’s ability to accommodate different types of car seats. The A4 received the following grades on a scale of A-F.*
* This score may not apply to all trims, especially for vehicles with multiple body styles that affect the space and design of the seating.