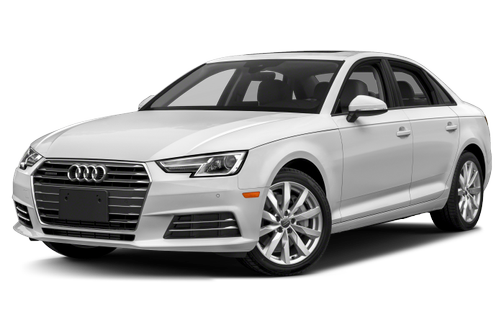 Our 2017 Audi A4 trim comparison will help you decide.

The verdict: The Audi A4’s 2017 redesign looks subtle at first glance, or even second. But the devil is in the details, and those details make this Audi a strong choice in a crowded class.

Versus the competition: The A4 isn’t the best-handling car in its competitive set, but it’s among the quickest, with a lot of technology and surprising value to boot.

The new A4 is on sale now in Premium, Premium Plus and Prestige trim levels with front- or all-wheel drive. Stack up the 2017 and 2016 A4 here. All of the 2017 versions employ an updated turbocharged 2.0-liter four-cylinder, paired with a seven-speed dual-clutch automatic transmission.

Fear not, performance enthusiasts: Audi says a stick-shift A4 is coming, as is a higher-performance S4 that’s based on this new generation. Expect a wagon version, too. At Audi’s California media preview, I drove Premium Plus and Prestige sedans, both with all-wheel drive.

You could easily mistake the latest A4 for its predecessor (2009-16). The car’s sprawling grille, LED-framed headlights and squinting taillights still are here, though Audi tweaked them to a more technical effect. The car also looks bigger, though increases to the wheelbase, width and overall length are slight.

Audi avoids the plunging-belt-line wedge profile that characterizes so many sedans these days, luxury or not. Instead, the A4’s windows hug a horizontal crease that runs seamlessly into the hood. It’s all an exercise in restraint. Even the sportier S-line appearance package, standard with Premium Plus and Prestige trims, dresses the bumpers in some mild ground effects that stay within the car’s minimalist aesthetic.

There’s no such restraint in the A4’s 2.0-liter four-cylinder, one heck of a fine base engine. Reworked for 252 horsepower and 273 pounds-feet of torque (up 32 hp and 15 pounds-feet over the prior 2.0-liter turbo), it enables potent acceleration. Even with three adults aboard, our test cars made short work of uphill stretches, with the same gratifying torque plateau as the old A4’s 2.0-liter — just noticeably more.

The engine also flatters an otherwise unremarkable transmission, which — outside of its Sport mode — exhibits smooth but frequent upshifts and stubborn kickdown resistance. Torque saves the day; even at low rpm, the A4 can tack on speed.

The A4 was a pioneer of turbo four-cylinder engines, but competitors ranging from the BMW 328i and Mercedes-Benz C300 to the Lexus IS 200t have caught up with excellent turbo fours of their own. With this redesign, Audi’s back with the best of them, and possibly ahead.

Ditto for braking, where the new A4 has upsized standard discs that are nearly the size of the previous S4’s brakes. Gone is the old A4’s soft pedal; the new A4 has firm, strong brakes.

The redesign brings some handling improvements over the old A4’s penchant for body roll, with less lean and little apparent sacrifice in ride quality — even with the standard fixed suspension in the Premium Plus car we drove. (A lowered, fixed sport suspension is optional, but Audi didn’t have any cars with it available to drive.) The optional adaptive suspension, which I drove in the A4 Prestige, quells bumps and limits body motion in slight but noticeable ways versus the fixed setup, and it quells body roll well even in its Comfort mode.

Still, the handling isn’t what you’d call outright fun. Lightened by around 65 to 100 pounds versus the 2016, depending on driveline, the A4 feels nimble on winding roads, but there’s a slight, clear understeer bias. Our test cars’ grippy Hankook summer tires masked a lot of it, but the push became apparent on tight mountain switchbacks. Drifting the tail, an easy maneuver even in all-wheel drive versions of the BMW 3 Series and Cadillac ATS, is all but impossible in an A4. Steering feedback at higher speeds is good, particularly in the A4’s sportier driving modes, but some drivers will find the car’s high steering assist at lower speeds — a characteristic of many Audis — too buoyant.

Cabin materials are good, though the A4 still has a few lower-rent plastics in areas the standard-setting Mercedes-Benz C-Class dresses up. However, most interior surfaces in the A4 have uniform finish, and there are small touches — such as three-dimensional edging around certain controls — that show attention to detail.

The cabin also shows attention to practicality. Thin window pillars all around make for good visibility, and the front seats have lots of legroom and knee space thanks to a low center console that retains its convenient height-adjustable armrest. The backseat, meanwhile, feels downright generous for this class. Headroom and legroom are good, and the seat sits high enough off the floor for good thigh support. It’s a major improvement over the 2016 A4’s backseat.

My journalist co-driver and I agreed that the standard seats are too flat and unsupportive, but Audi offers sport seats with some much-needed bolstering that adds comfort without pinching. Eight-way power adjustments and leather upholstery are standard — the latter nice to see, given that most competitors start you out with vinyl.

There’s no shortage of technological eye candy, from climate readouts that materialize from dark backgrounds when you use them (though they show basic information, such as temperature, at all times) to a tablet-sized display that sits above the air vents. A 7-inch center display is standard, and an 8.3-inch display is optional. Additionally, Audi’s optional Virtual Cockpit replaces conventional gauges with a 12.3-inch display that can enlarge or reduce the gauges to prioritize different views, including navigation maps. A regular map background or Google Earth satellite images populate via an onboard 4G LTE internet connection; if you don’t want to pay for the subscription once Audi’s six-month trial runs out, the satellite maps from areas in which you’ve driven remain cached.

Some of the technology is overkill. Audi replaced the old A4’s lovely mechanical gearshift with an electronic selector that feels as artificial as the rest of them. And the knob-based controller for Audi’s Multi Media Interface infotainment system is overdue for a conventional touch-screen replacement, especially when you have to spin the knob through selections for the A4’s standard Apple CarPlay and Android Auto connectivity.

Luxury cars often give in-cabin storage short shrift, and so it goes with the A4. The  glove compartment and center console bin both are small. At least the console’s bin extends ahead of the armrest leaving a space into which you can throw smaller items. (Little or no open storage – a problem in many luxury cars – is a pet peeve of mine.)

The trunk, though a modest 13 cubic feet by the numbers, is both deep and usefully shaped. A standard 40/20/40-split folding backseat enables a wide pass-through free of any ledges or trailing seat belts.

As of this writing, the A4 has yet to be crash-tested. Go here to see a full list of standard safety features. Of note, those include a standard backup camera, plus forward collision warning at all speeds with automatic emergency braking below 52 mph.

Safety options include traffic-sign recognition, which displays signs for the speed limit and school or construction zones (and can be deactivated by the driver); a rear collision warning that pre-tensions seatbelts and starts to close the windows and moonroof (if open) when it detects an impending rear impact; a vehicle exit function that flashes lights inside the door at an occupant who’s about to exit if it senses traffic bearing down on you; cross-traffic backup alerts with an automatic brake-jolt feature; and a feature that stops you from making a left turn in front of oncoming traffic. The A4’s optional adaptive cruise control works at all speeds and includes steering assist.

What’s remarkable is how many of the car’s features are standard. The A4’s starting price — around $38,000 with front-wheel drive, or about $40,000 for a Quattro version — is a bit of a bump from before. But it gets you the power seats and leather, plus a moonroof, Apple CarPlay and Android Auto, tri-zone automatic climate control and the aforementioned standard safety features. Throw in heated front seats (a $500 stand-alone option on the A4 Premium) and the A4 has all the essentials for most luxury shoppers.

Pile up the options and you can get ventilated seats, the Virtual Cockpit with Google Earth navigation, keyless access, Bang & Olufsen 3-D premium sound and various additional accident-avoidance technologies. Fully loaded, the Prestige tops out in the mid-$50,000s — still less sticker shock than the 328i or C300, both of which can end up north of $60,000.

Comfortable, capable and more value-oriented than you might think, the redesigned A4 plays a similar role as the Mercedes-Benz C-Class — Cars.com’s Best of 2015 car — in a crowded group of entry-luxury sedans. It plays up luxury and technology over outright sportiness, but I suspect that’s exactly what a lot of shoppers want.

THE BEST CAR I'VE EVER OWNED

May 10, 2021
By AndrewM from Los Angeles, California
Test drove this car

This car entered to my standards and preferences. The car is ergonomic and stylish as well. In terms of performance, this car is legit and well rounded.

February 2, 2021
By Edward from Fort Worth
Owns this car

Awesome vehicle between luxury and sport with plenty of room , low mileage and very eco friendly I’ll recommend this css as r to anyone

Very good comfy and nice. Luxury classy and run fast and nice service.I think better than Lexus and mecedes I had because when you drive it you feel comfy and not moving to rough

Rating breakdown (out of 5):
2 people out of 2 found this review helpful. Did you?
Show full review
See all 90 consumer reviews 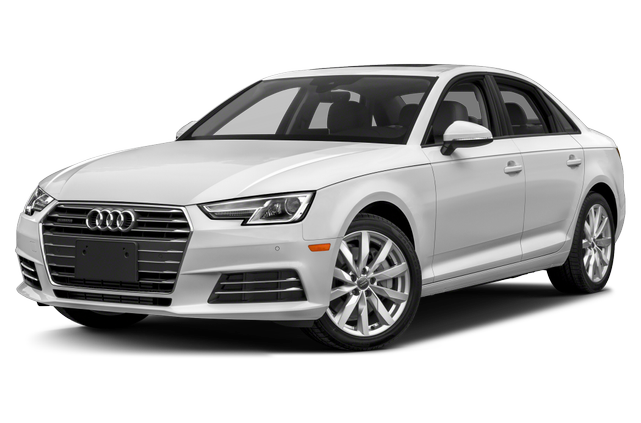 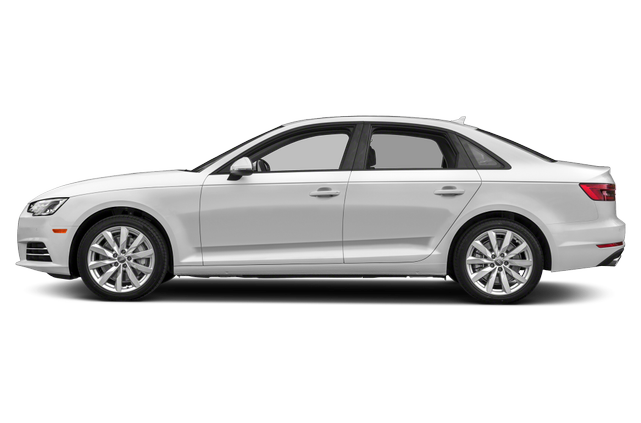 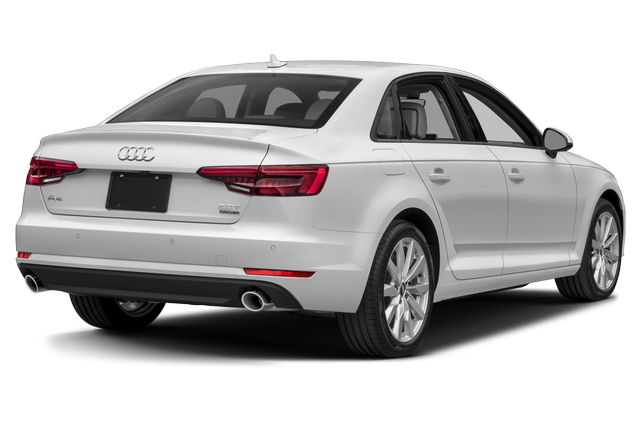 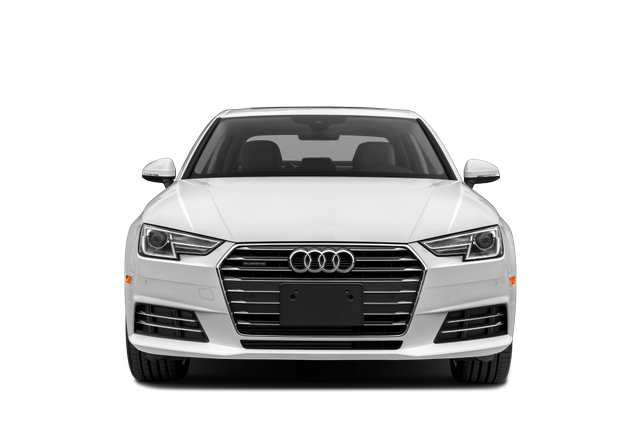 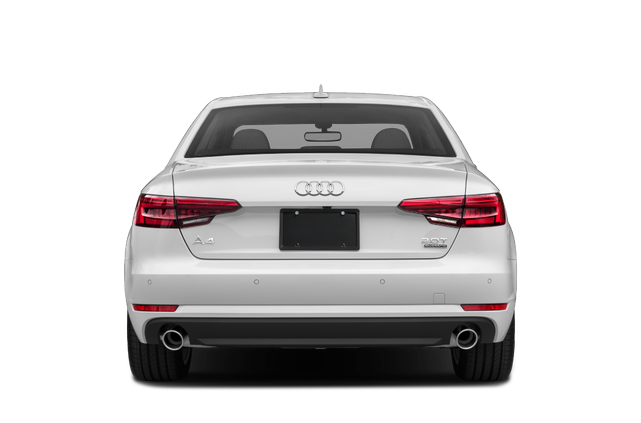 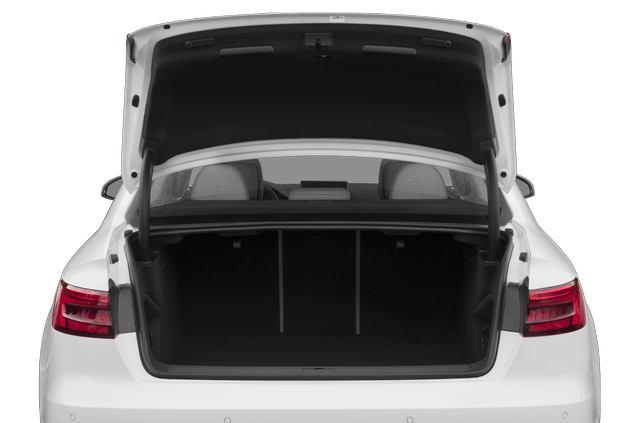 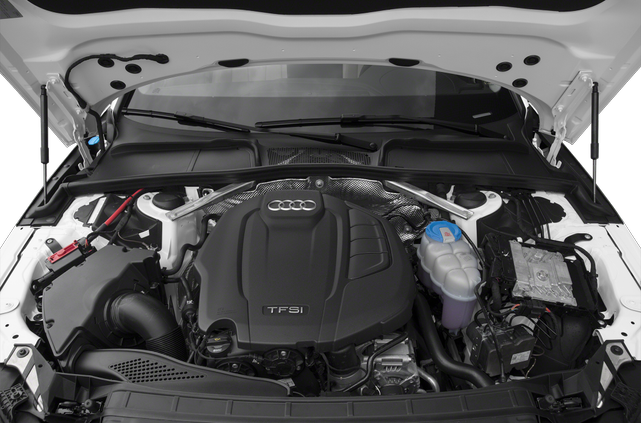 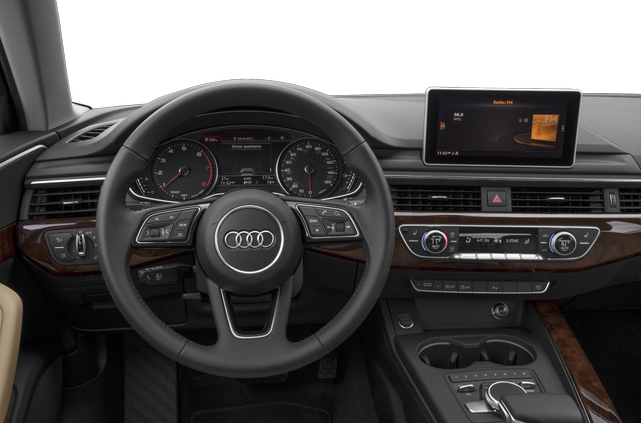 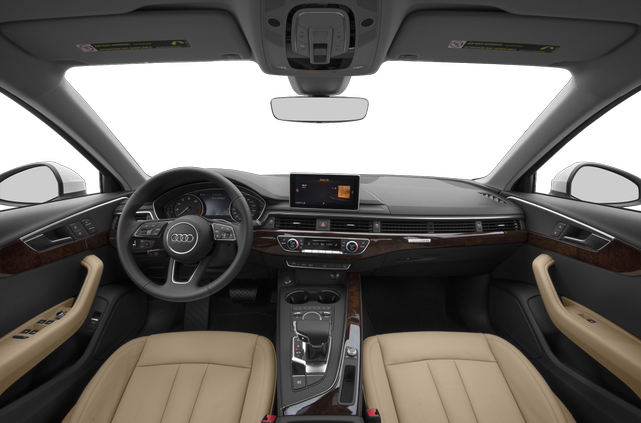 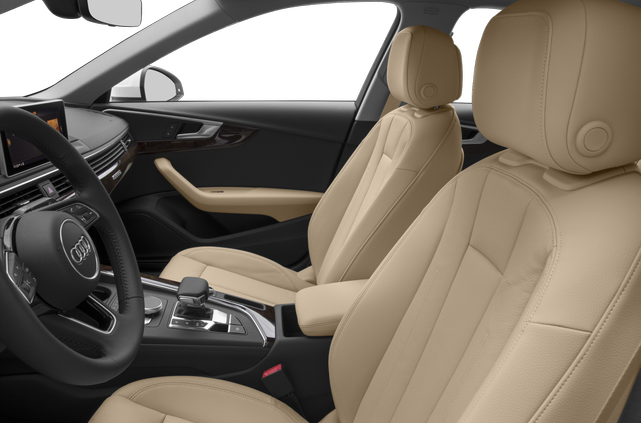 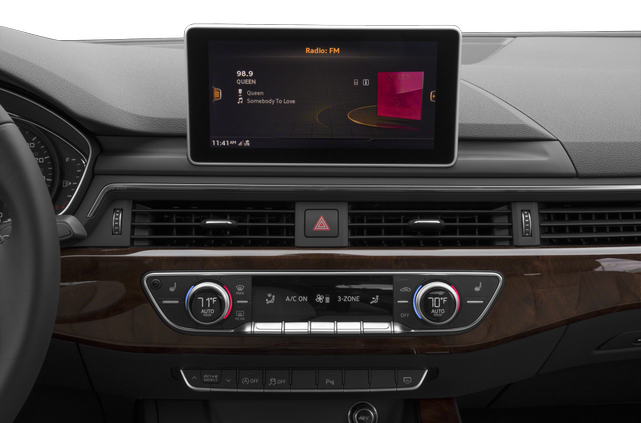 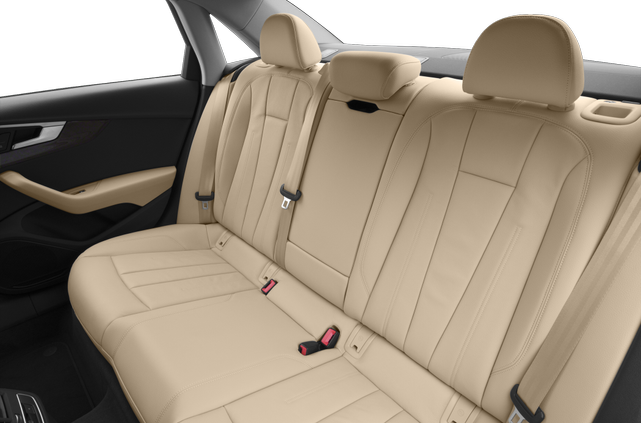 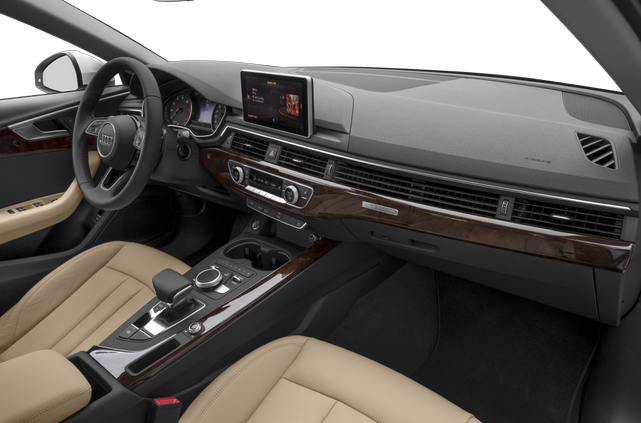 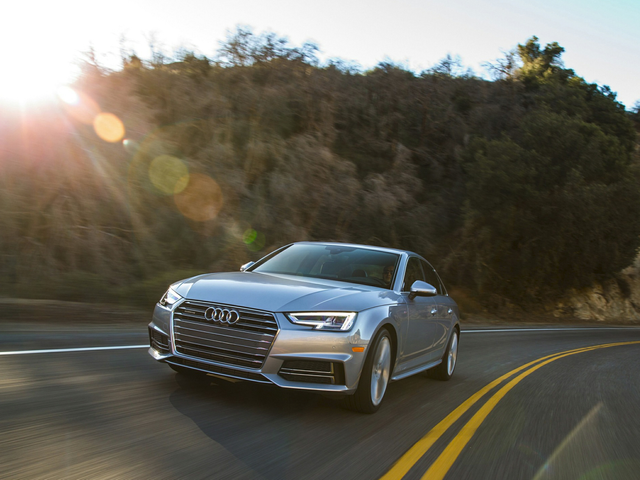 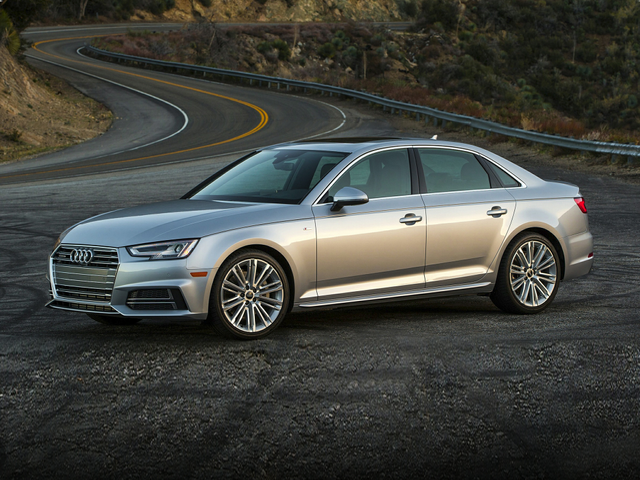 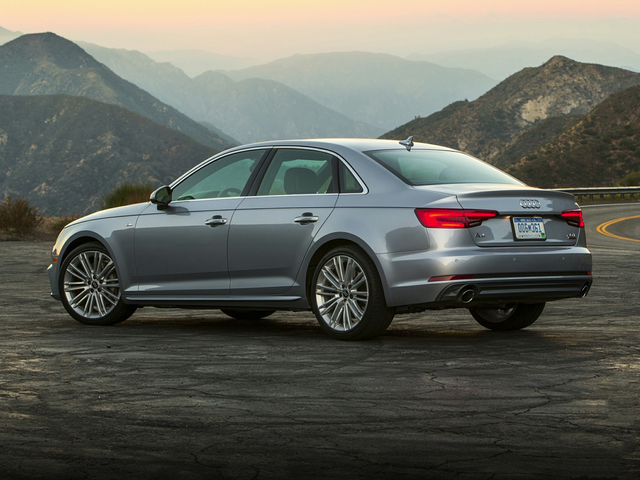 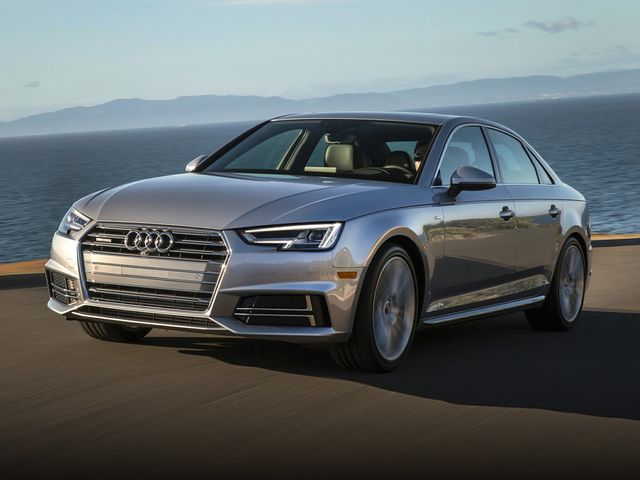 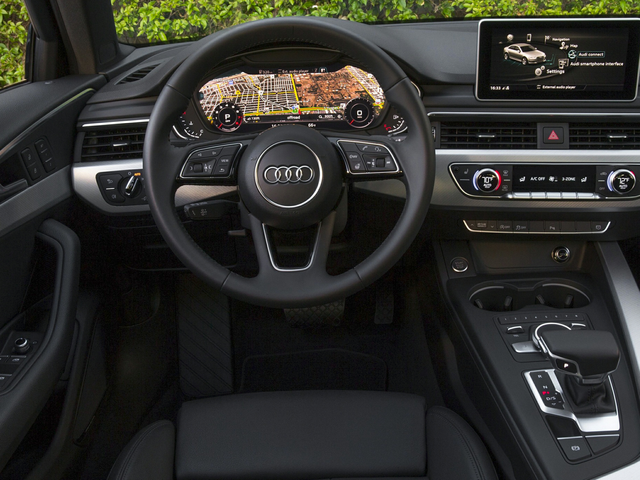 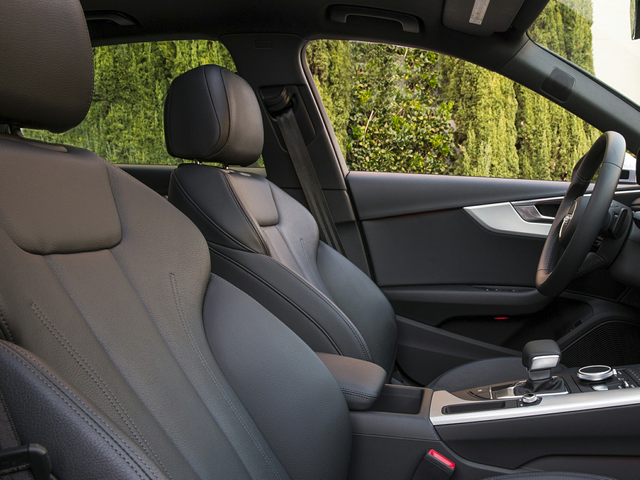 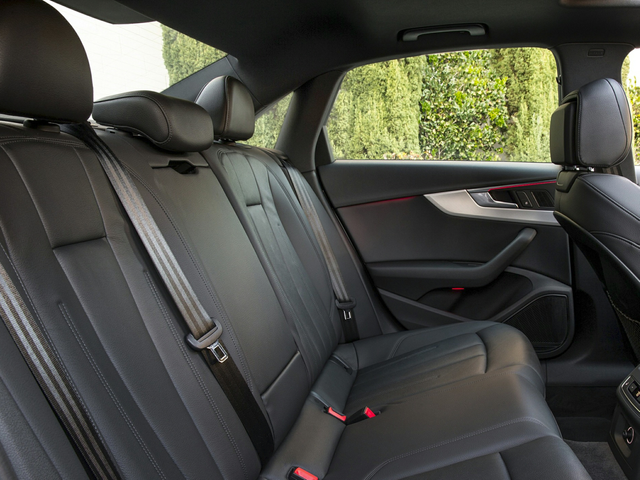