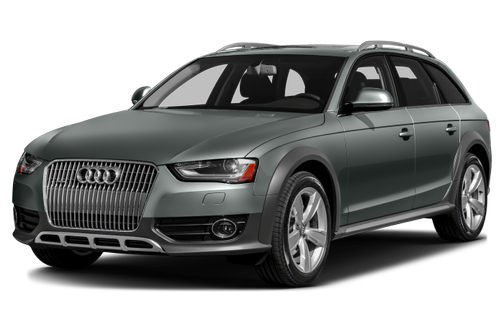 Our 2015 Audi allroad trim comparison will help you decide.

What’s a wagon-lover to do in a world where wagons tend to disappear quicker than her teenage daughter’s boyfriends? Thankfully, there are still a few manufacturers we dedicated wagon fans can rely on year in and year out to supply us with our fix, and Audi is one of those.

The 2015 Audi Allroad is an upscale, fun-to-drive choice for those needing a slightly more rugged and cargo-capable vehicle than an Audi sedan. It falls slightly short in both backseat legroom and cargo space, however.

For the 2015 model year, the Audi Allroad has a few minor changes, namely a standard programmable-height power liftgate, standard LED taillights and xenon headlights, plus a three-zone climate system. Compare the 2014 and 2015 models side by side here.

Not to be confused with the larger Allroad wagon sold from 2001-2005, the current Allroad is based on the A4 sedan; it effectively replaced the A4 Avant wagon in 2013. It comes in essentially three trim levels — Premium, Premium Plus and Prestige — though Premium Plus and Prestige are handled as option packages on the Allroad Premium. What all three trims have in common is Audi’s 220-horsepower, turbocharged 2.0-liter four-cylinder (read: really fun) engine, eight-speed automatic transmission and Quattro all-wheel drive. I drove a Audi Allroad Premium Plus model that was also equipped with an optional Technology Package, for an as-tested price of $48,325.

If the Allroad doesn’t quite fit your personality, you may also want to look into the Volvo V60 or XC70, or the Audi Q5 — Audi’s midsize SUV model — here.

Exterior & Styling
The newer Allroad is a little more slim and svelte — less angular than the old one. The new version reads more modern and sporty, where the old one was more dreadlock-clad, mountain-trekking mama — a positive change in my book.

However, for those who do plan to use the Allroad on all roads, including some unpaved ones, the 7.1 inches of ground clearance will be appreciated. So will the standard raised aluminum roof rails, which make hauling skis, snowboards, stand-up paddleboards, kayaks and more a breeze.

How It Drives
The 2015 Audi Allroad gets an EPA-estimated 21/28/24 mpg city/highway/combined — the best among similarly equipped competitors. The Q5 is rated 23 mpg combined, while the Volvo V60 AWD turbo and XC70 AWD turbo are rated 23 and 20 mpg combined, respectively.

The turbo is what makes this wagon super fun to drive, even on the less-than-fun daily grind. Its acceleration is zippy, with plenty of oomph, and while it can give you that sense of speed, the slight turbo lag that precedes the kick is gentle enough to avoid the discomfort of a head jerk.

The Allroad’s suspension manages to feel responsive yet soft enough around town on a variety of road surfaces. The wagon’s low center of gravity is a sweet spot for me, leaving it feeling more confident in varied road conditions than many SUVs. This is truly a car that can go from meetings downtown to valeted dinners out to snowy weekend-warrior excursions without batting an eye.

Interior
Stepping into my test car, the first thing I noticed was the car’s rich Chestnut Brown leather, a perfect complement to the Ibis White exterior.

Up front, there’s just enough storage nooks for your most basic necessities: two cupholders in the center console area, a small compartment in front of the gearshift with just enough room for a tube of lip balm and some change, a “tiny house” version of a center console (people who still use CDs might be able to fit several stacked on top of one another), and thin in-door pockets with just enough space for a small water bottle.

My kids in the backseat had a bit of a challenge with the 35.2 inches of legroom back there. It is more than the Volvo V60’s 33.5 inches, though, and the Volvo XC70’s 34.6 inches. The Q5 SUV beats them all with 37.4 inches of rear legroom. Yet with my three growing girls (ages 10, 12 and 14) stumbling out the door each morning with backpacks in one hand, lunch bags in another and a pair of shoes yet to be put on properly, our family’s backseat legroom needs seem to be growing by the school year.

The center seating position in the backseat is flat and wide enough for an actual child to sit properly buckled without complaining that the buckles on either side are poking into her hips.

Small in-door pockets, seatback nets, and a rear armrest with two cupholders and a storage tray efficiently kept my backseat test drivers neat and organized. If only I could say the same about their bedrooms.

The 2015 Allroad has a standard three-zone climate-control system. Backseat passengers have their own air vents and temperature and airflow controls. I love that my kiddos can take control to keep themselves comfortable no matter how extreme the weather, without adding another distraction for me as the driver.

A massive panoramic moonroof in the Allroad modernizes it and makes the rear seat space feel bright, open and airy. It was a pleasure to open the screen — when the harsh, high-altitude Colorado sun wasn’t too painfully glaring — and get a little extra dose of vitamin D.

Ergonomics & Electronics
I have a confession to make. I am Audi MMI-challenged and not proud to admit it. For some reason, the brand’s multimedia system and I have just never jelled. I can get through the most basic of menu screens, but as soon as I turn the knob to the right and the highlighted menu screen selection moves in the opposite direction I expect it to, I get annoyed. Maybe if I brush up on the metric system and learn to cook spaetzle, this system will start to make more sense to me.

Some of the features I use most often (adjusting the fan speed, for example) require me to look down to find and press the fan button, then move over to the dial to adjust the fan speed rather than having just one dial specifically for this. A two-step process instead of a single step is almost never a good thing when you’re trying to stay focused on the road.

Busy families on the go might want to opt for the Audi Connect system with the Premium Plus Package (it’s standard on the Prestige Package), which offers 3G in-car Wi-Fi for up to eight devices. (The state of the art is 4G LTE, currently offered in some Audis and most GM vehicles.) While I appreciate my family being less connected in the car, I can see how this could benefit us on longer trips. Work ahead on homework, anyone?

Cargo & Storage
Compared with similar vehicles, the Audi Allroad has the least cargo space, with just 27.6 cubic feet behind the backseat. As a comparison, the Volvo V60 has 28.0, the Audi Q5 has 29.1 and the XC70 has 33.3 cubic feet.

Regardless of measurements, though, my family and I felt the Audi Allroad’s cargo area was more than enough. Folding the backseat flat expands the cargo space to 50.5 cubic feet, enough room to haul home more than 200 square feet of wood flooring and three rolls of underlayment pad for our basement remodel.

The Audi Allroad’s standard power liftgate is a definite bonus, and the fact that I can program it to open to whatever height works best for my towering 5-foot-3 stature was much appreciated.

Safety
The 2015 Audi Allroad received an overall crash-test rating of five out of five stars from the National Highway Traffic Safety Administration.

In addition, my test car came equipped with an optional $2,900 Technology Package that included a helpful rear park-assist camera and sensors, as well as Audi’s “side assist” blind spot monitors. If a car is in your blind spot, a light at the side mirror’s base illuminates to let you know. If you signal as if you’re going to change lanes while a car is in your blind spot, a bright light flashes to grab your attention and let you know there’s a possible problem. Audi’s blind spot warning lights are much brighter than most, but they can be dimmed if desired.

The Audi Allroad has a standard forward collision warning system that “watches” the road ahead and alerts you both audibly and visually if it senses you’re about to get into a crash. What the Audi system lacks is autonomous braking — which slows the car if the driver fails to — as is available in Volvo’s lineup.

For families installing child-safety seats in the Allroad, removable covers conceal the Latch system’s lower anchors. Once you pop these covers off, you’ll have full access to the anchors, with plenty of clearance on all sides for easy car-seat installation. What to do with those loose covers floating around the car is a different story.

The seat belt buckles in the backseat are all flush with the seat bottom cushions, which might be a challenge for little ones in booster seats. In the past, we’ve discovered that booster seats can slip over these flush buckles, essentially blocking little ones from buckling their own seat belts.

Value in Its Class
While the Audi Allroad might not beat its class competitors on price, it will most likely capitalize on a long-standing nostalgic nameplate and the brand loyalty of people needing to upsize from an Audi sedan (who are not yet willing to take on the commitment of an SUV). For budgeting families needing more space, something like the Subaru Outback will be a better fit. For families preferring a more simplistic design combined with world-first safety technologies, the Volvo V60 or XC70 will be more attractive.

I'd been eyeing the old version of the Allroad for so many years so when the new version came out, I had to have it! I can go from a business meeting, to dinner, to the mountains and the car fits the bill. The exterior design is eye catching yet not too flashy. It's sophisticated but yet rugged enough so that you don't worry about getting it dirty on dirt roads because once you hose it down, it'll look like a million bucks again. Power and handling are superior to my wife's Subaru Outback. You can drive it like a sports sedan through canyons and power up mountains with ease. I can fit my road bike w/ only 1 seat folded down, leaving plenty of room for a 3rd person and all our gear. Only issue I have (much like the cars.com reviewer) is with the MMI interface. I feel that BMW's interface was much easier and intuitive. Changing radio stations requires you to look at the screen, therefore taking eyes off road. In addition, changing the fan speed on the air conditioning requires 2 different motions instead of a quick turn of the knob like other cars. Other than that, I love this car and would recommend to active people looking for an upscale and fun car at a relatively decent price. 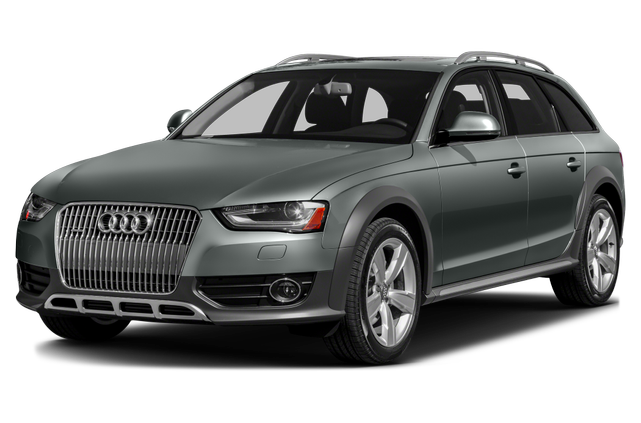 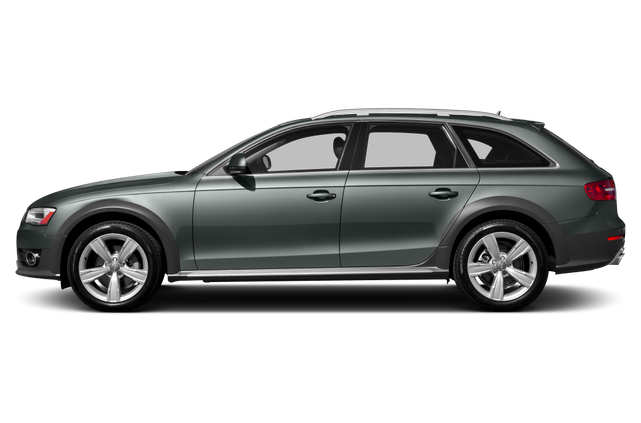 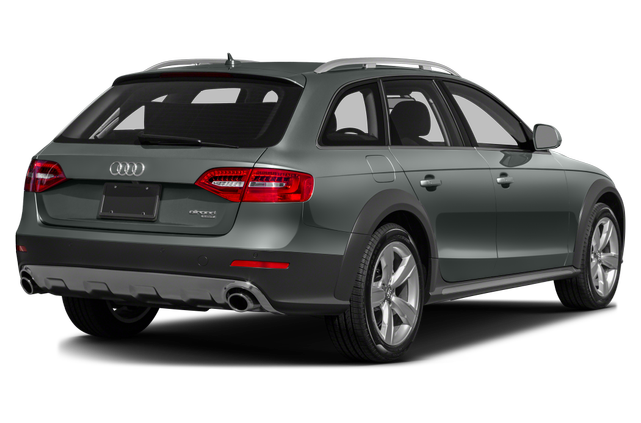 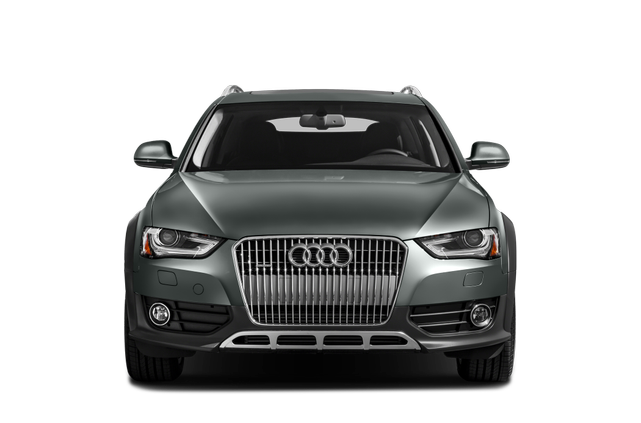 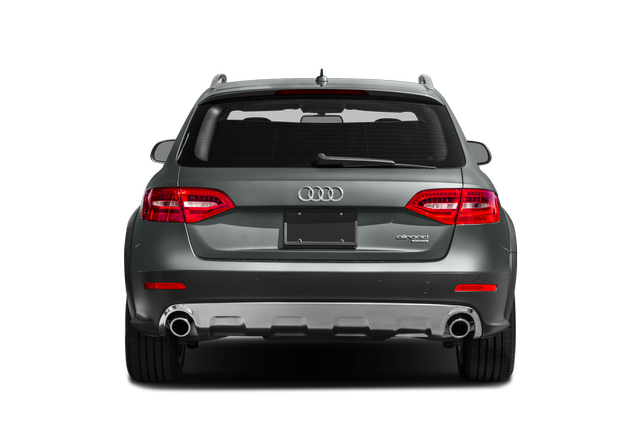 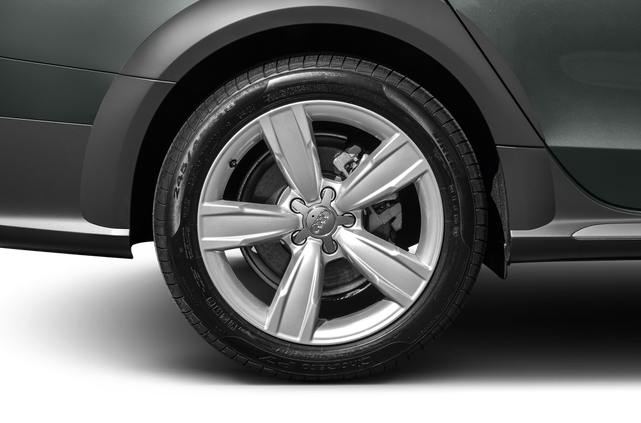 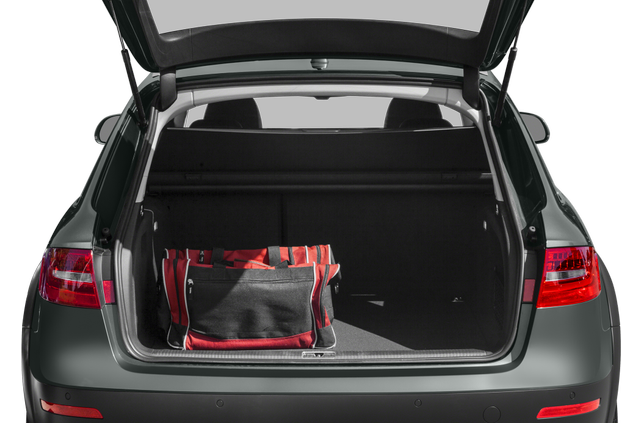 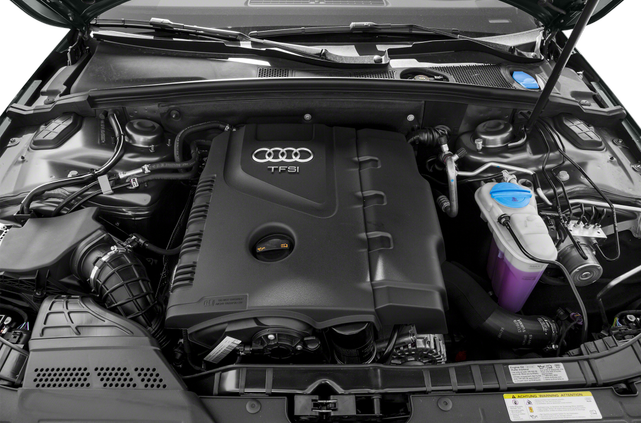 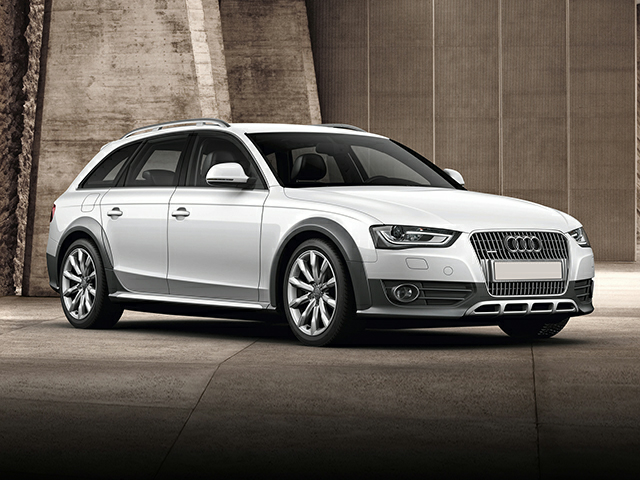 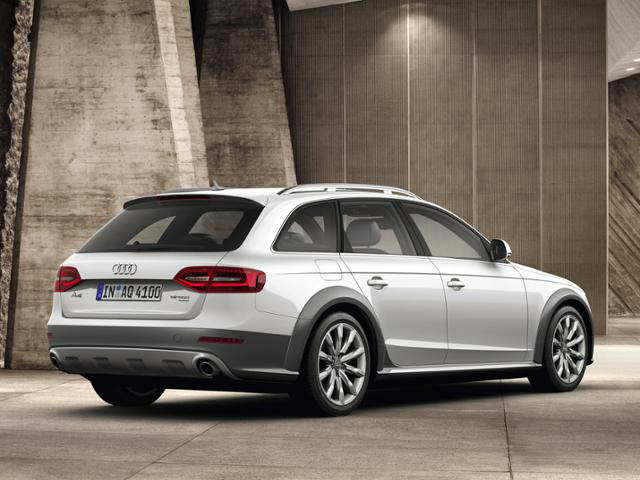 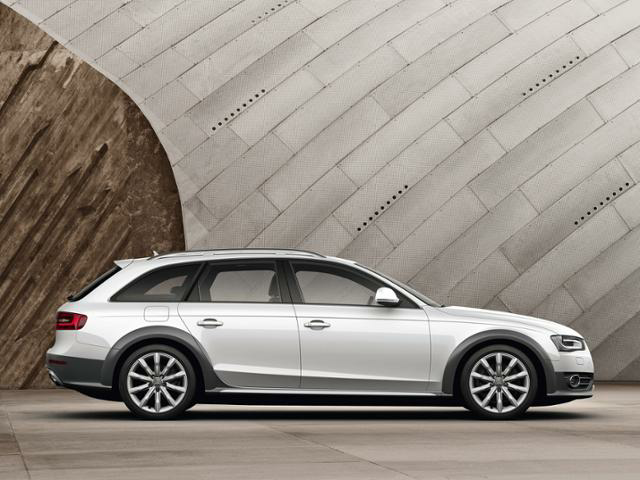 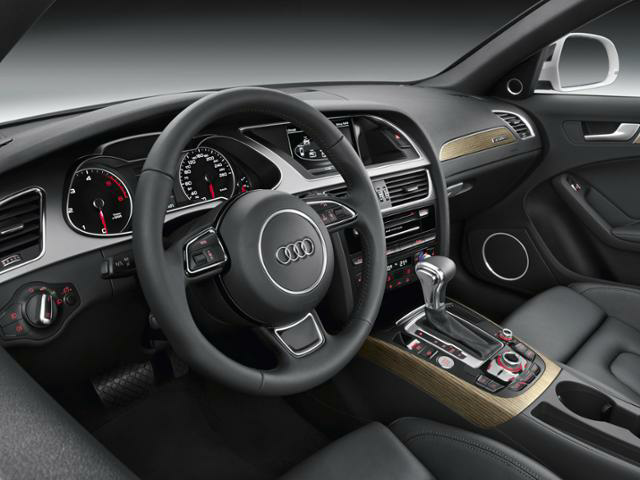 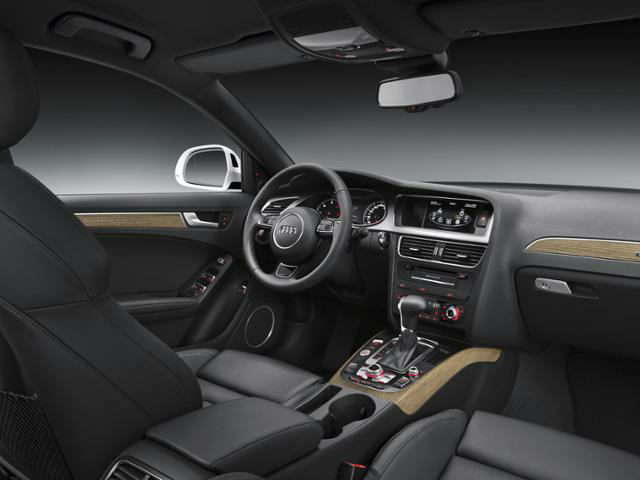 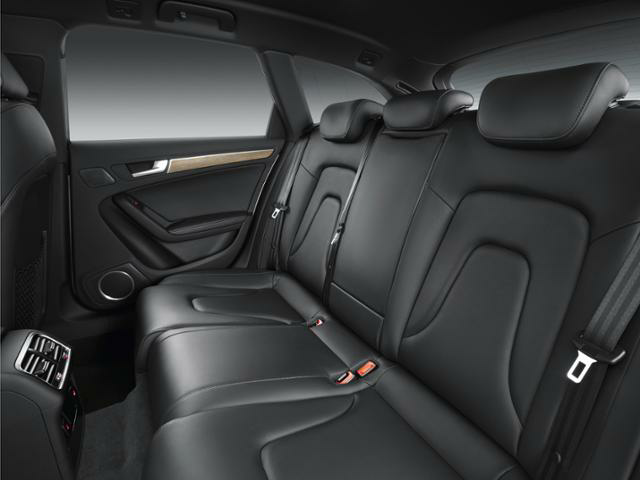 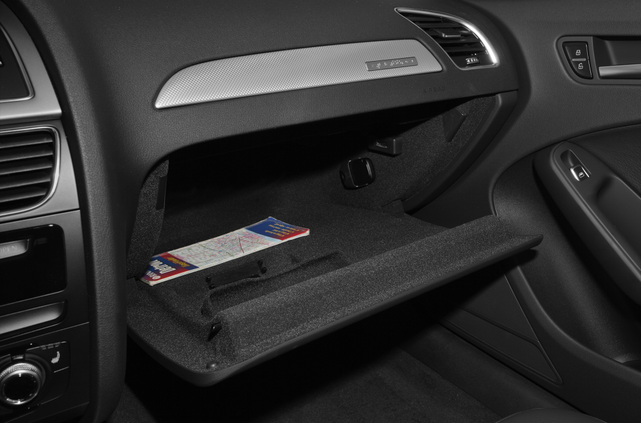 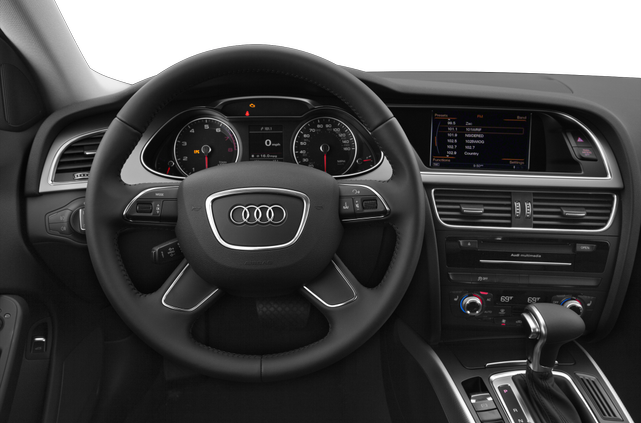 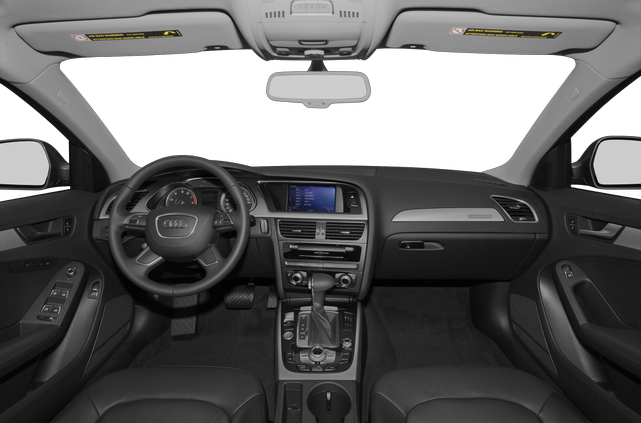 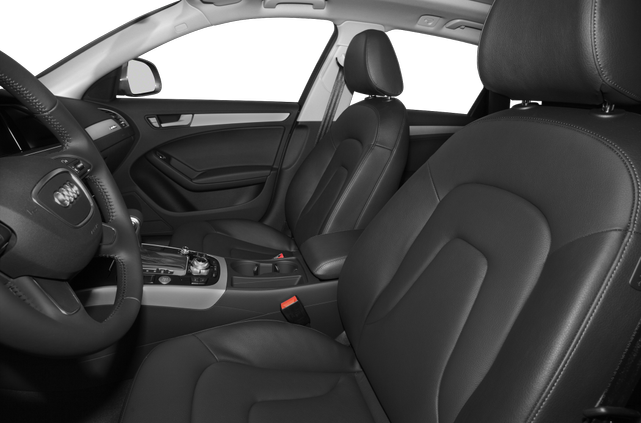 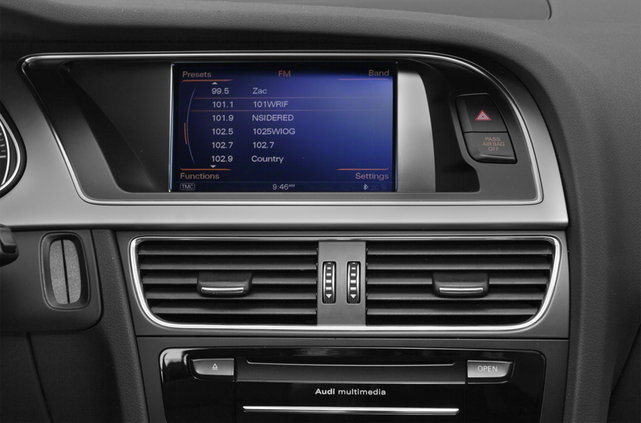 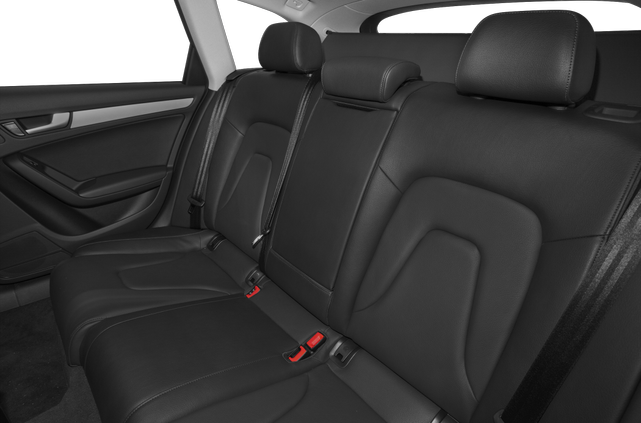 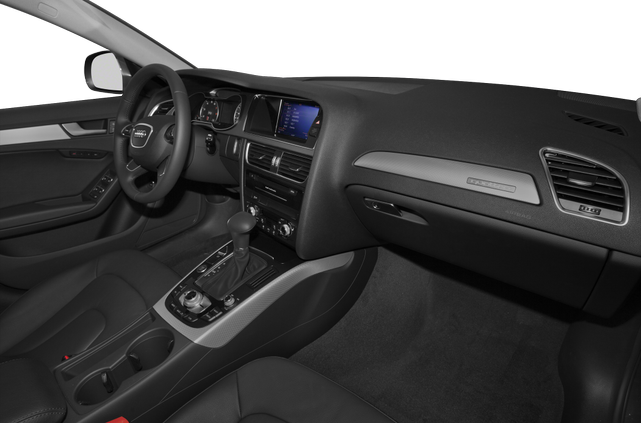 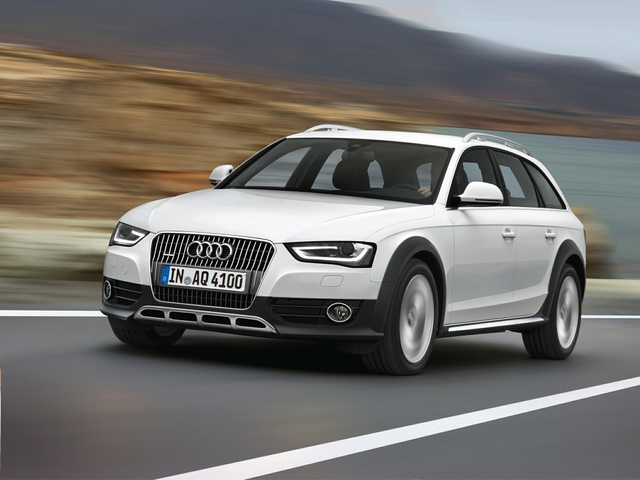 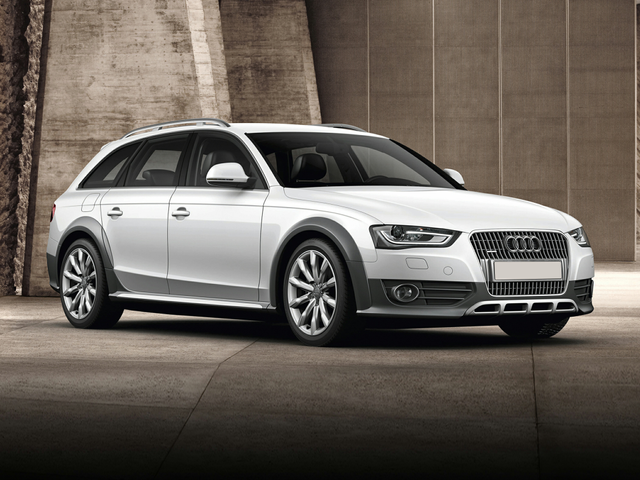 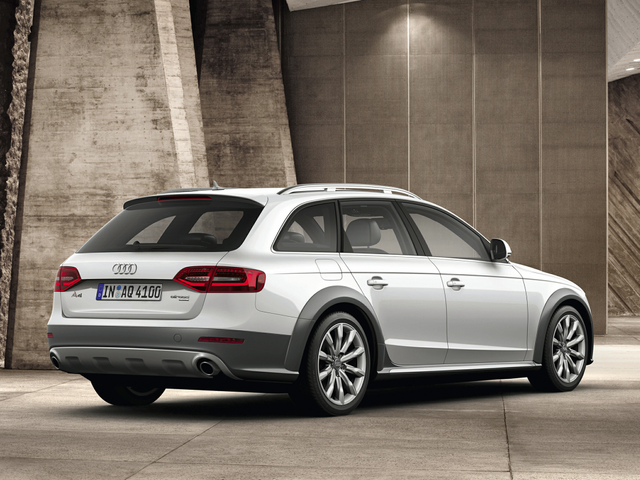 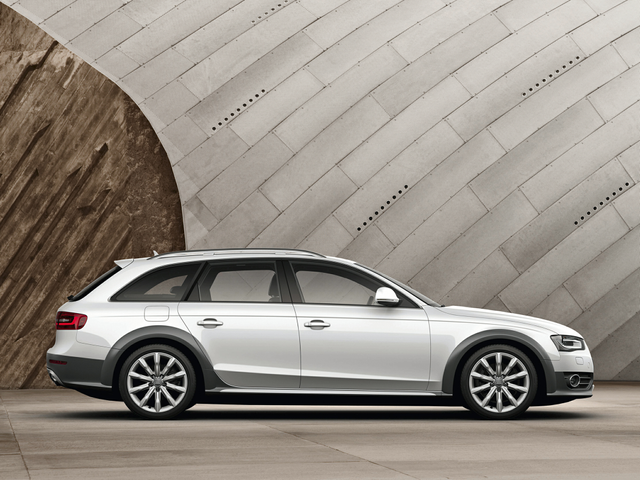 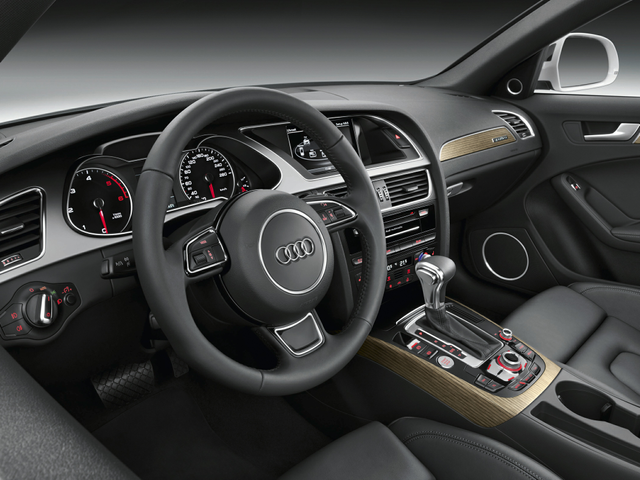 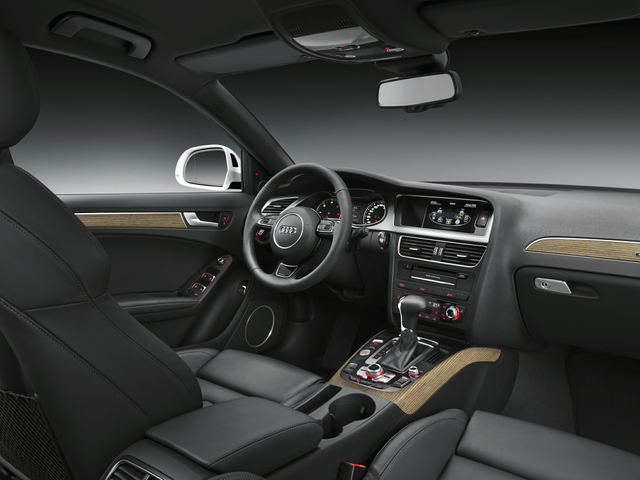 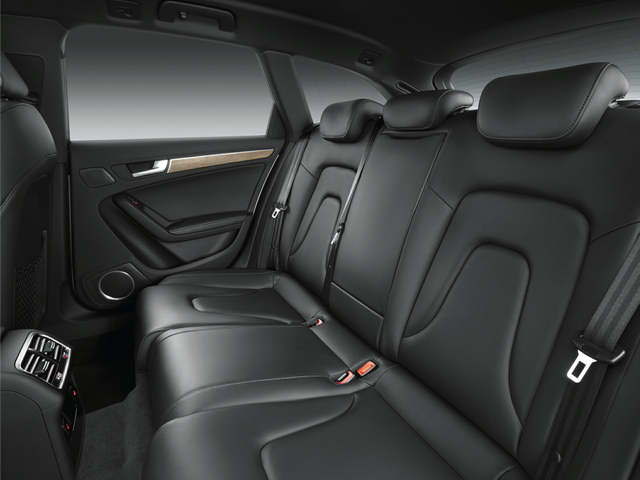