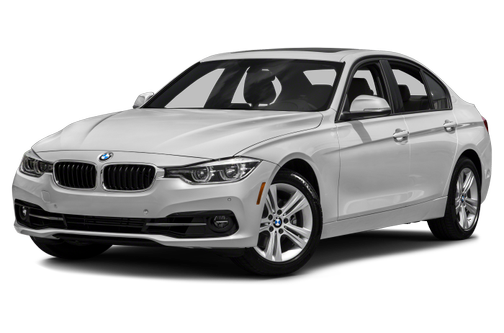 Verdict: The BMW 328i remains a sport-oriented enthusiast sedan with the latest updates sharpening its reflexes, if not its styling.

Versus: Every major luxury brand has a 3 Series competitor, but few can match the BMW’s mix of sporty handling and well-tuned ride. The Mercedes-Benz C-Class is fancier, the Lexus IS is uglier, the Infiniti Q50 is blander and the Audi A4 is skewed toward a cushier experience. The Cadillac ATS comes closest, at a lower price, but its flaw is a cheaper interior.

The BMW 3 Series always has been the sportiest of the compact luxury sedans, the one enthusiasts would turn to time and again for a dose of entertainment with their entry-level luxury. But these are no longer entry-level luxury vehicles, with the 3 Series and its competitors now sold alongside smaller entries from their own manufacturers. As such, many of them have gotten softer and more luxurious, including the BMW 3 Series.

The most hardcore enthusiasts have lamented this development for the 3 Series, and BMW has responded for 2016 with some minor updates. The BMW 3 Series still offers a wide variety of models, including the 328i sedan and wagon, 335, 340 and M3, as well as coupe versions that now are called the 4 Series. There are also 3 Series Grand Turismo quasi-wagons and 4 Series Gran Coupé quasi-sedan versions. We list them all separately on Cars.com to make searching a bit easier. Changes for 2016 have been limited mostly to the chassis tuning and an additional engine (in the 340), with just a few barely noticeable exterior updates (compare the 2015 and 2016 here).

Have the tweaks sharpened BMW’s volume player, or is this knife still duller than it should be?

Exterior & Styling
Only the most hardcore fans of the brand will be able to tell the 2015 model from the 2016, with changes limited to some chrome. But the 3 Series can be had with a bunch of different option packages, many of which come with appearance items. My 328i test car had the M Sport Package, which blacks out much of the exterior trim and adds a more aggressive body kit, making for a sportier look. A blacked-out grille and some rather expensively silly “M Performance” decals down the side put the look a little over the top, however, pushing past sporty and getting into gaudy. Still, you know it’s an attractive car when it looks good even in metallic white, a color that doesn’t work on every automaker’s offerings.

How It Drives
Powering the 328i is a turbocharged 2.0-liter inline 4-cylinder engine making 240 horsepower and 258 pounds-feet of torque. It’s mated to a six-speed manual or eight-speed automatic transmission; my test car featured the excellent automatic. Paddle shifters are available, but like most people, I used them only once to try them and then let the automatic do my shifting for me. It’s extremely well tuned, and its behavior is adjustable with the BMW Drive Select feature to set it how you like it in terms of sportiness versus eco-friendliness. Power and response from the 2.0-liter engine is extraordinary — it easily feels more powerful than its rating, providing rapid acceleration with a quick stab of the pedal. Pop the Driving Dynamics Control into one of two sport modes and the car wakes up even more, making for spirited, responsive fun that’s thoroughly enjoyable.

Steering feel is improved as well, with a retuned program for the electric power steering and, in my test car, the optional Variable Sport Steering, which changes the steering ratio based on what you’re asking the car to do. Whether you think the steering feel is sharp enough largely depends on how familiar you are with BMWs from 20 years ago. Does it feel as directly connected as prior generations of the 3 Series? No, but it still outperforms just about any other automaker in terms of feel, feedback and input-to-response, with the exception of maybe Cadillac. The ride and handling balance of the 3 Series still is among the best in the business, with new suspension bits combining with that updated steering program to make the 3 Series much more entertaining to drive than competitors such as the Audi A4, Mercedes-Benz C-Class or Infiniti Q50. The only real challenger these days is American — the Cadillac ATS is lighter than the 3 Series, just as powerful and is tuned to be even sportier than the traditionally sporty German brands.

The reason for just about every automaker going with smaller, turbocharged engines is fuel economy — and the 328i delivers, with an EPA fuel economy rating of 23/35/27 mpg city/highway/combined that’s competitive. The BMW 3 Series achieves this in part due to its eight-speed automatic transmission and a stop-start engine function, which now works much more smoothly than in the past. Competitors with 2.0-liter turbocharged four-cylinder engines are better on fuel efficiency in some ways, worse in others: The Mercedes-Benz C300 achieves 25/34/28 mpg, while the Cadillac ATS 2.0T mysteriously gets a worse 22/31/26 mpg. The front-wheel-drive Audi A4 2.0T gets 24/31/27 mpg.

Interior
There haven’t been many changes to the 3 Series’ interior — it remains a comfortable, well-done environment that mixes premium materials with some hard plastic bits that look good but feel chintzy. Taken on its own, the BMW 3 Series sedan interior is attractive, but put it up against even the base trim of the Mercedes-Benz C-Class and it’s outclassed. As with the Mercedes-Benz, leather upholstery is not standard — you get a leatherlike vinyl unless you pony up extra cash for real cowhide. The BMW’s seats are very comfortable and highly adjustable, and there’s adequate legroom front and rear for four people (five is tight in back; this is a compact car after all). Outward visibility is good, with no glaring blind spots and a low belt line that also helps maintain an airiness to the cabin. The M Sport Package brings a few changes to the interior, including a meatier sport steering wheel and more aggressively bolstered seats. Anthracite wood trim and black leather seats made my test car’s cabin look much more businesslike than luxurious, but other option packages are available to lux it up if that’s your preference.

Ergonomics & Electronics
BMW switches and controls feel sophisticated and expensive, 3 Series included. Everything is logically laid out, easy to reach and operates in a smooth, fluid manner. The gauges are large and easy to read, and they are among the more traditional styling elements that BMW has kept largely unchanged throughout recent history. A head-up display was included as part of the Technology Package.

Similar design and function can be found in the Mercedes-Benz C300 and Audi A4, but competitor Cadillac goes a different route, eliminating almost all switches and buttons in favor of touch-sensitive capacitive panels that impart no sense of luxury. Buttons are unequivocally better, and the 3 Series’ are quite nice. A nine-speaker audio system is standard, but my car featured a Harman Kardon 16-speaker system that sounded quite good.

The car’s multimedia system also is one of the better ones available, with a display screen mounted high and easy to read at a glance. Some complain that its appearance looks tacked on, but there’s no denying that it works well. It’s not a touch-screen — the controller rests on the center console between the seats where your hand naturally falls. Once one gets a little practice in navigating menus, it’s no better or worse in function than the Mercedes-Benz Comand controller system, and seems decidedly faster than the Cadillac User Experience touch-screen system. Cadillac does have an advantage, however, in that it offers Apple CarPlay and Android Auto, both of which are top-notch multimedia systems based on smartphone integration. The gold standard in luxury-brand multimedia remains Audi’s system, however, with its  intuitive controls and quick responses.

Cargo & Storage
Despite being classified as a compact car, the 3 Series is decently roomy for both passengers and cargo. The 328i comes with a 13.0-cubic-foot trunk, the largest of the four competitors — the Mercedes-Benz C-Class has 12.6 cubic feet and the Audi A4 has a comparable 12.4 cubic feet, but the Cadillac ATS is a bit dinky with only 10.4 cubic feet. The Germans all have standard split folding seatbacks, but the ATS comes with a standard folding rear bench.

Safety
The BMW 3 Series has received an overall five-star crash-test rating from the National Highway Traffic Safety Administration, but got a marginal rating in the Insurance Institute for Highway Safety’s front small overlap test (from a possible good, acceptable, marginal or poor). In the small overlap test, the A4 scored poorly. The ATS and C-Class haven’t been fully tested by IIHS yet, but all three competitors earned five stars overall in government testing. See how the BMW 3 Series performed here.

Like most German luxury cars, most of the BMW 3 Series’ electronic safety features cost extra. Despite costing nearly $55,000, my car did not feature electronic systems that can be found on cars costing $30,000 less, such as forward collision warning, autonomous braking, lane departure warning or blind spot warning.  A backup camera and parking sensors come in a $950 Driver Assistance Package, and the rest of those features can be had for another $1,700 in the Driver Assistance Plus option. All of these various systems are available in packages or as stand-alone options, but they do add considerably to the bottom line. See what comes standard here.

Value in Its Class
In many ways, the BMW 3 Series has been the benchmark for this category, the best-seller and the model that other automakers long have sought to catch. Everything from its equipment to its pricing strategy have been closely matched by others, which makes comparisons pretty simple. The 320i is the starting point for the BMW 3 Series, which includes a 180-hp, 2.0-liter turbo motor for $34,145. Stepping up to the 328i, with its more powerful 240-horsepower motor, begins at $39,345. This doesn’t include a lot of extras, however, and the price can quickly climb. My test car was a 328i with the M Sport Package (18-inch wheels, sport seats, aero kit, dark exterior trim), Driver Assistance Package (backup camera, parking sensors), Premium Package (keyless entry, moonroof, satellite radio), Technology Package (navigation, head-up display, remote concierge and online access), and Track Handling Package (M Sport brakes, adaptive suspension and variable steering) and more for an as-tested total of $54,875. It doesn’t end there, however — you can option the 328i up to more than $60,000 if you click every box.

Competitors are priced similarly. The Mercedes-Benz C300 features similar content but a more luxurious interior, starting at $39,875. Both the Cadillac ATS and Audi A4 start at lower prices. The ATS can be had with a 2.5-liter non-turbocharged motor, but this model typically is found only in rental fleets. Base price starts at $34,210, but a comparable turbocharged ATS also is less expensive than the new BMW or Benz, starting at $36,240. The Audi A4 starts at $36,825 for the front-wheel-drive model, but even the all-wheel-drive Quattro version starts less than the rear-wheel-drive BMW, at $37,925. Compare these four competitors here.

So many issues in the first 60 days! The dealership ignored my concerns with safety check obviously were not done. Bent rims, bad rotars brakes, screen went out.

This car is exactly what I was looking for. very happy with it. color and style is perfect. the car is in great condition . I will definitely recommend it.

Best performance can I have ever owned

It’s blast to drive lots of hidden codes the the programming in surprise it does not wake me up f Or breakfast! Performance for 2.0L is shocking

Rating breakdown (out of 5):
3 people out of 5 found this review helpful. Did you?
Show full review
See all 52 consumer reviews 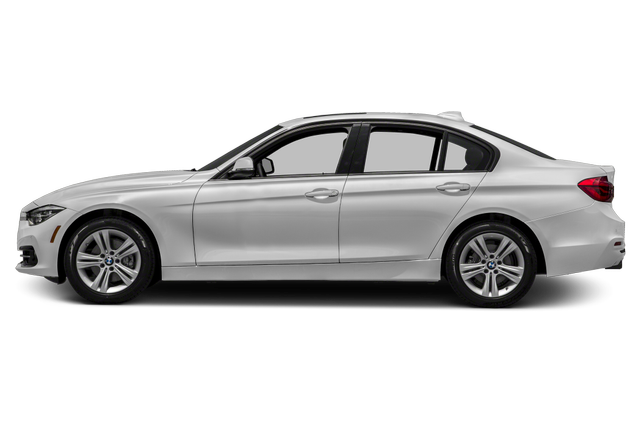 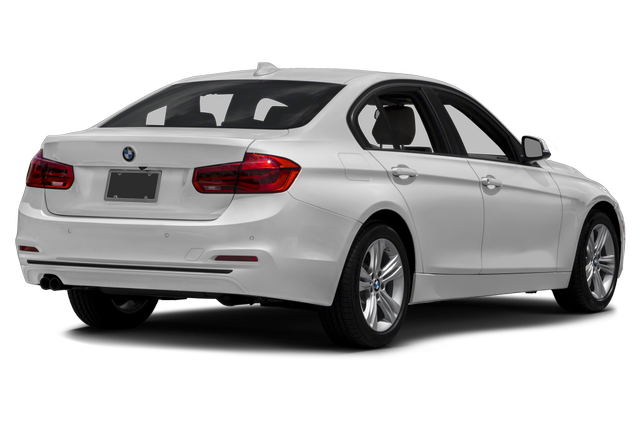 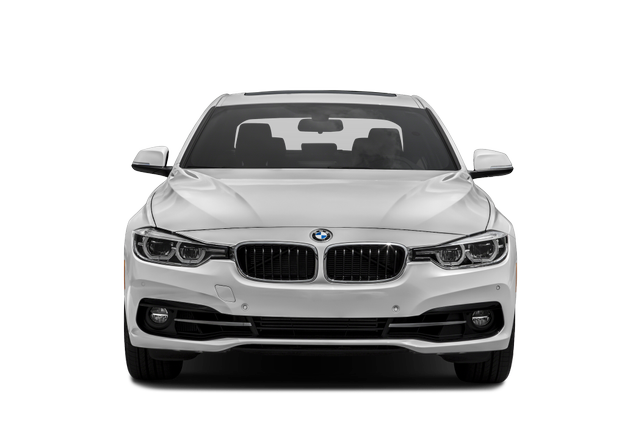 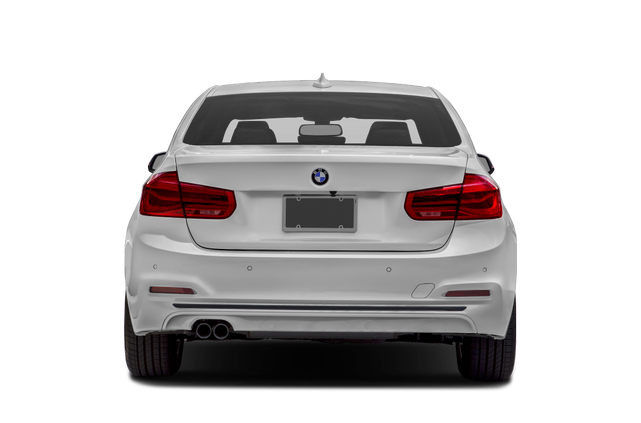 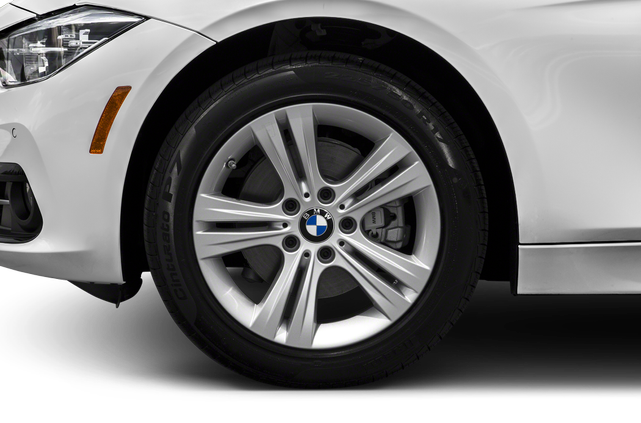 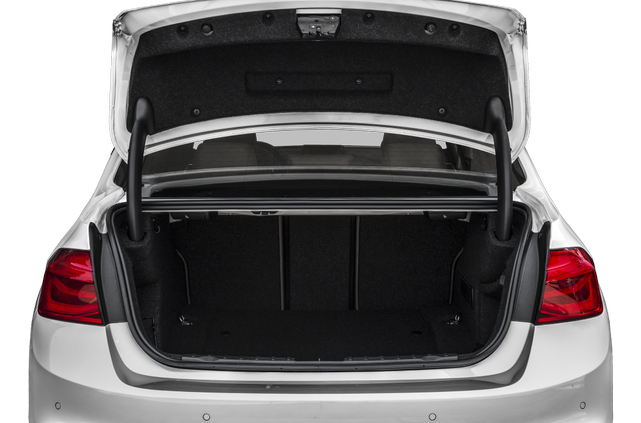 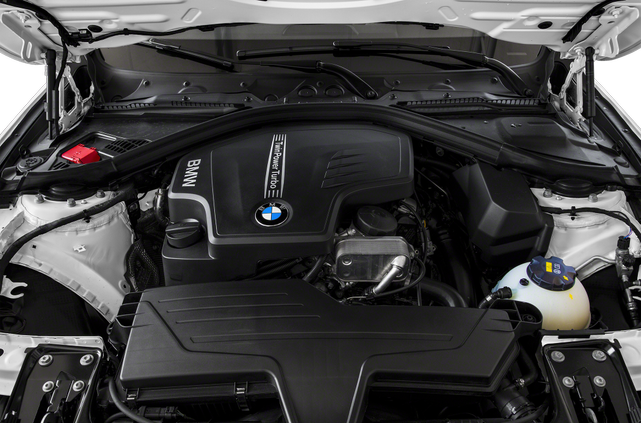 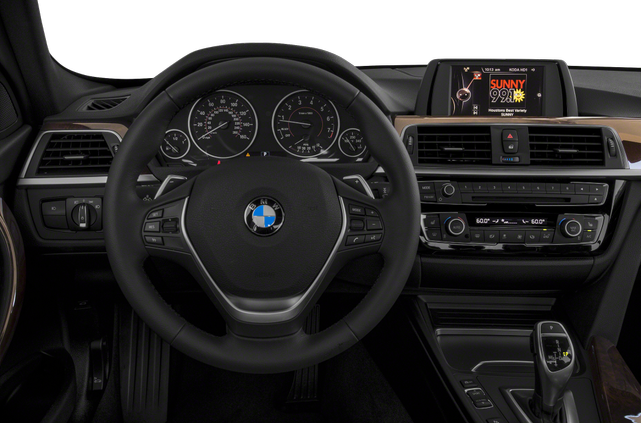 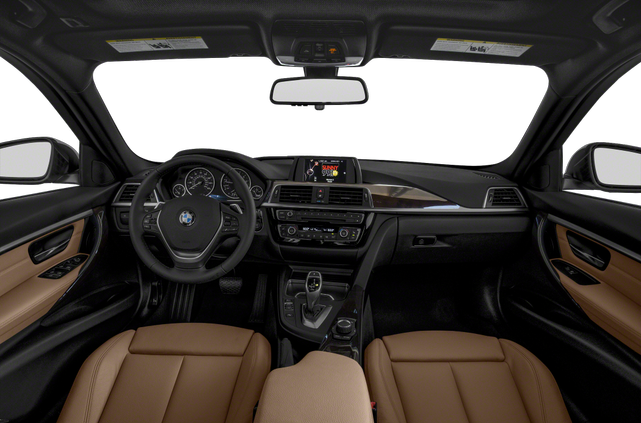 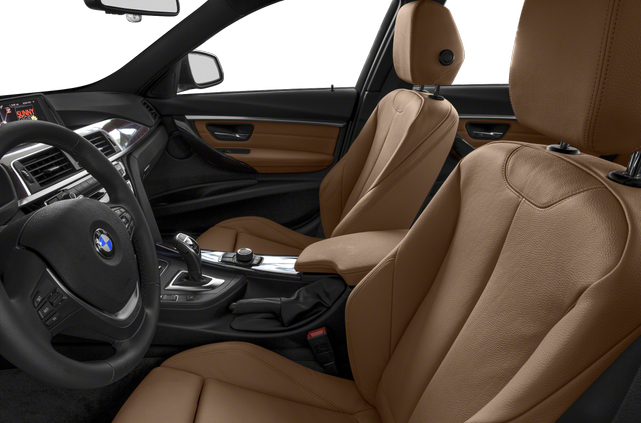 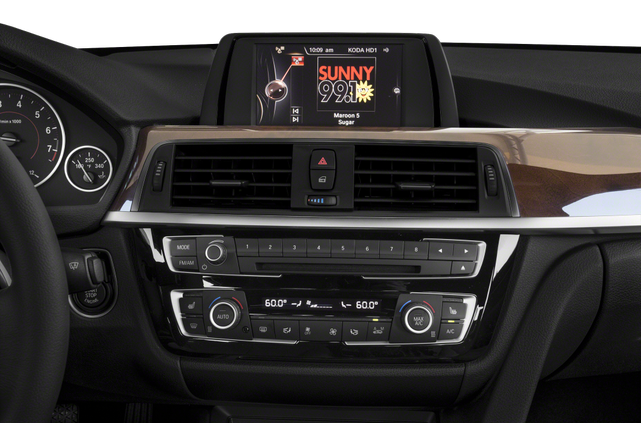 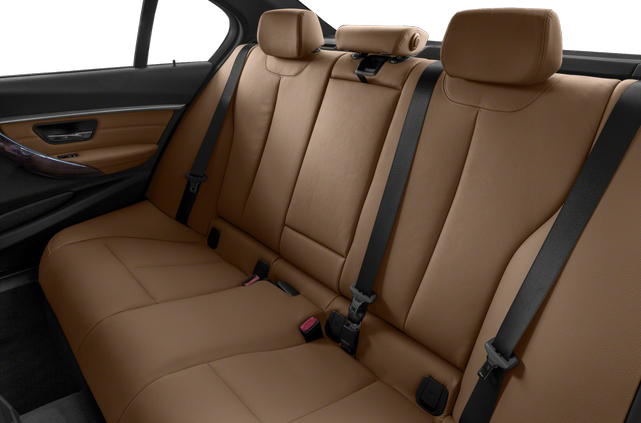 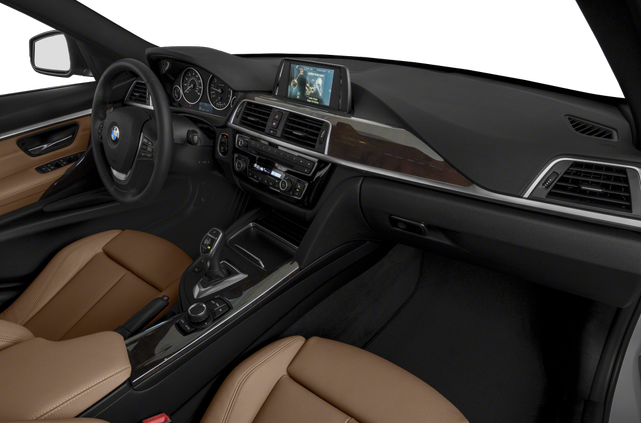 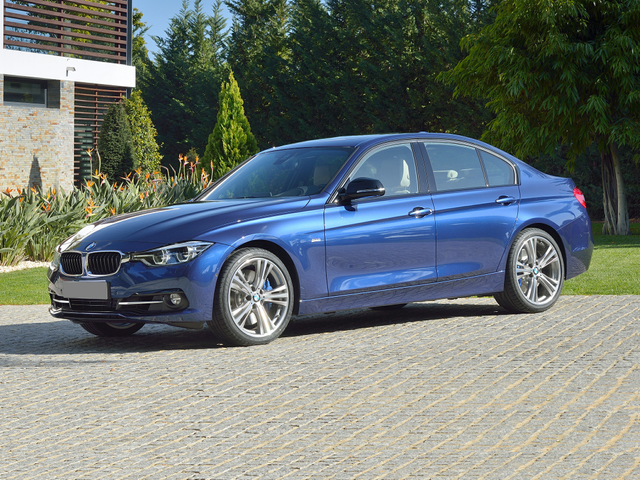 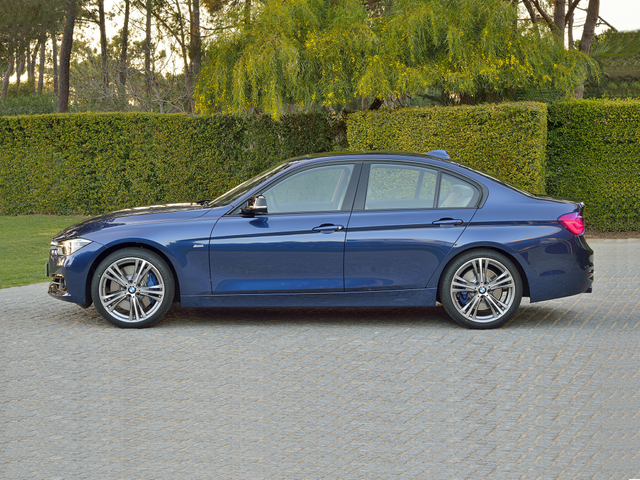 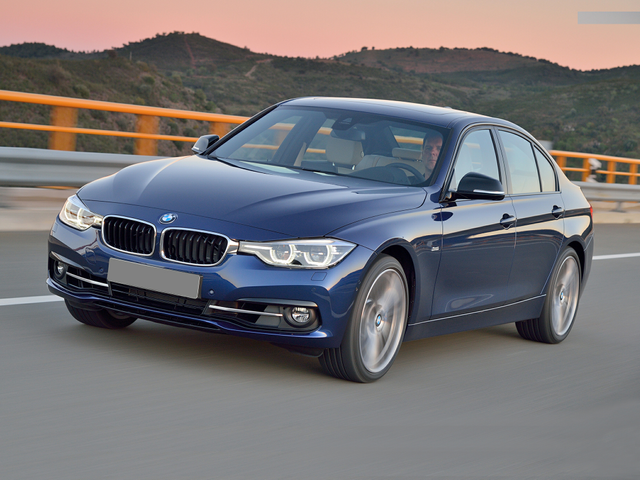 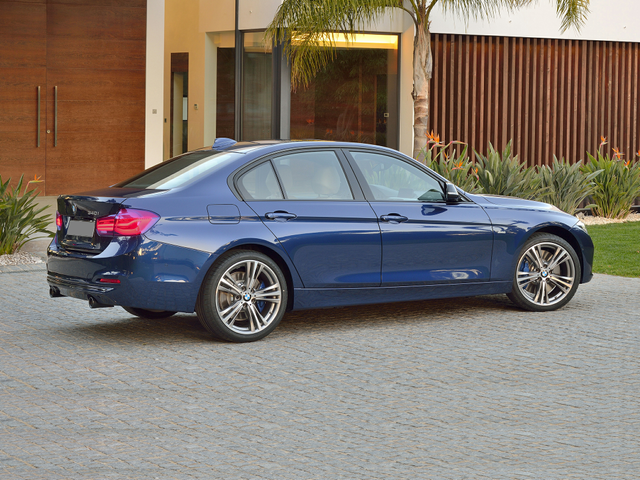 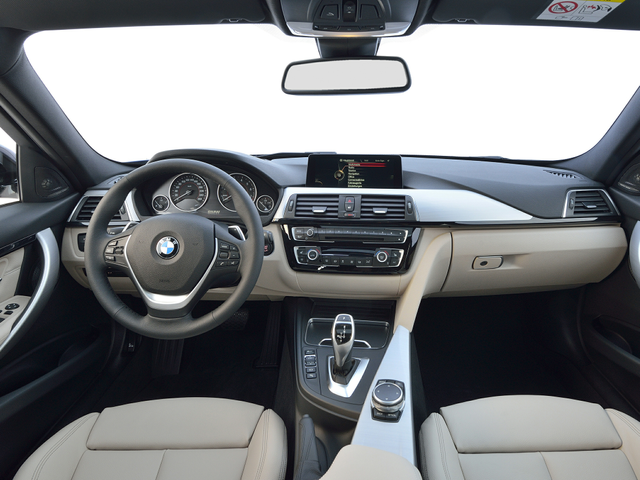 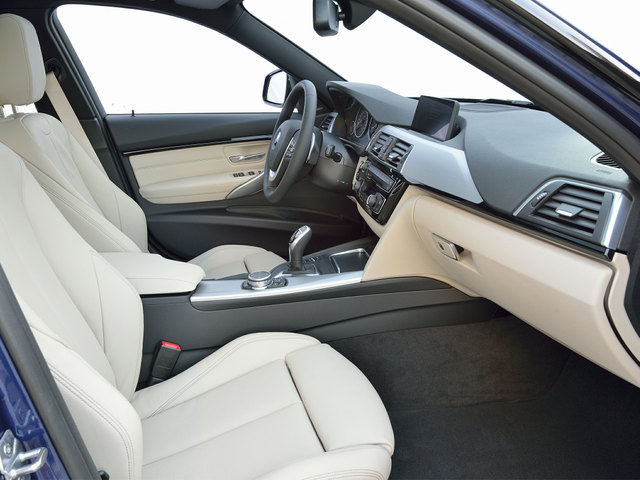