Editor’s note: This review covers the 335i retractable-hardtop convertible; for Cars.com’s take on the 335i coupe, check out David Thomas’ review here.

It seems every automaker is adding a retractable-hardtop convertible to its lineup, and BMW is no exception with its new 3 Series convertible.

The appeal of a retractable hardtop is obvious — four-season usefulness, security and a more comfortable cabin environment, to name a few high points. The question is, does this new retractable hardtop have the great dynamics of the 335i coupe? The answer is yes, but with an asterisk, because even though the handling characteristics that BMW enthusiasts love are present and accounted for, the transformation to a convertible has sapped some of the chassis’ stiffness.

Muscular Good Looks
When developing the new retractable-hardtop 3 Series, BMW made sure it had the clean lines of previous 3 Series ragtops, according to Thomas Plucinsky, BMW product and technology communications manager. It was well worth the effort, as the 335i is one of the best-looking retractable hardtops available today. While a number of less expensive models have a tall rear quarter, the 3 Series doesn’t, and that makes a big difference in terms of the car’s aesthetic appeal.

With the roof up, the convertible could easily be mistaken for the coupe; they’re that similar. The 3 Series coupe is one of my favorite designs. There’s a seriousness to its front end that helps communicate the car’s performance ambitions, but more importantly, the coupe’s proportions are right on, and the convertible has these attributes, too.

Top-Down Performance
The retractable-hardtop roof is made of steel, and its three sections stack on top of each other in the trunk. Operated by a simple switch in the center console, BMW says it takes 22 seconds to lower the top and 23 seconds to raise it.

The convertible is very good at managing wind rush at high speeds. There’s very little wind buffeting at 70 mph with the top and side windows down, even without the optional wind diffuser in place. Occupants also get to enjoy a louder version of the 335i’s engine soundtrack when the top is down; the twin-turbo inline-six, in tandem with the dual exhaust system, makes a sweet sound.

The convertible’s structural rigidity, however, is slightly disappointing. It weighs about 400 pounds more than the coupe, and even though some of that mass goes toward chassis-stiffening efforts, rougher roads make the convertible’s A-pillar shudder slightly when the top is down. It’s not terrible, by any means, but I expected a stiffer body from a company like BMW.

BMW’s Automotive Yin and Yang
BMW does ride quality better than most other performance luxury automakers. Its cars are handling benchmarks in the industry, yet their compliant suspension tuning makes them comfortable for everyday driving. The convertible retains the coupe’s confidence-inspiring moves in the corners, but my test car’s sport suspension and 18-inch run-flat tires — part of the optional Sport Package — had little patience for potholes; if you hit one, you’ll pay for it with a loud thump.

A Winning Engine
We’ve raved about the power and flexibility of BMW’s twin-turbo, 3.0-liter inline-six-cylinder engine based on our experience with it in the 3 Series coupe, and the sentiment is much the same in the convertible. The inline-six makes 300 horsepower at 5,800 rpm and 300 pounds-feet of torque at a low 1,400 rpm. BMW says a manual-transmission convertible can go from zero to 60 mph in 5.5 seconds.

Those are impressive numbers, for sure, but without a rewarding driving experience to match, they aren’t worth much. The 335i convertible doesn’t have to worry about that, though, as the engine feels strong all over the rev range without any turbo lag. The engine’s power can catch you by surprise, too; before you know it, you’ll be doing 80 without even trying.

Buyers get a choice of a six-speed manual or six-speed automatic transmission with BMW’s Steptronic clutchless-manual mode. The convertible I tested had the six-speed manual, and while it is a slick-shifting transmission — it pops from gear to gear — and is paired with a forgiving, easy-engaging clutch, the shifter itself is rather tall, which discourages the kind of quick shifting a BMW-buying enthusiast is likely to engage in.

The Inside
The convertible cabin is nearly identical to the coupe’s, with premium materials throughout and a clean-looking appearance. The headliner fully conceals the top’s mechanical components from view, and in addition to the various trim schemes featuring real wood, aluminum and leather, buyers can decide whether or not they want BMW’s controversial iDrive, a knob-based control system that operates audio and navigation features, among other things.

Front occupants have power front seats with a memory feature for the driver. The 335i’s seats are covered in leather that features BMW’s Sun Reflective Technology. These seats, along with the armrests, head restraints and gear selector, are treated with color pigment designed to reflect the sun’s infrared radiation and, according to BMW, keep dark-colored surfaces cooler by as much as 36 degrees Fahrenheit.

There’s technically room for two adults in the backseat, but in reality that depends on where the front occupants have positioned their seats. The rear backrest makes passengers sit at an upright angle, which isn’t that comfortable. Backseat headroom is decent, and BMW includes a switch on the side of the front bucket seats that lets rear passengers move them forward for more graceful entry and exit.

Besides the standard suite of power equipment like windows, locks and mirrors, there’s a master power-window switch that lowers and raises all of the windows at once. Additional standard features include a power trunklid, a tilt/telescoping steering wheel, dual-zone automatic air conditioning and a CD audio system.

Safety
All-disc antilock brakes and an electronic stability system are standard. The convertible also has Brake Fade Compensation and Start-Off Assistant, the latter of which will hold the car briefly when on an incline to prevent it from rolling backward after taking your foot off the brake pedal. There’s also Brake Drying, which will touch the brake pads to the discs when driving in wet conditions to ensure the brakes provide maximum stopping power. Side-impact airbags for the front seats are standard.

Cargo
The convertible’s trunk is 9.0 cubic feet with the top up, but there’s significantly less room when the roof is packed away in the upper portion of the trunk. That doesn’t leave much space for things you might want to bring with you on a top-down cross-country drive, but if the rear seats aren’t in use, the backrest can fold down to make a parcel shelf. Selecting the optional Cold Weather Package adds a trunk pass-thru for greater cargo-carrying flexibility.

335i Convertible in the Market
With a base price of almost $50,000, the 335i convertible occupies a lonely corner of the luxury-car market; besides the Mercedes-Benz SLK350, there just aren’t that many retractable hardtops at that price.

That’s likely to change as more luxury brands hop on the train and debut retractable hardtops, but until then the 335i still has to contend with traditional soft-top convertibles like the Audi A4 Cabriolet, Mercedes-Benz CLK350 Cabriolet and Porsche Boxster. Despite that strong competitive set, the 335i’s gorgeous looks, sporty handling and power-happy twin-turbo engine are more than enough to put it high on the want lists of enthusiast drivers with a penchant for top-down motoring.

August 29, 2020
By sdougherty80 from Northern Virginia
Owns this car

I love my 335is sedan. It has the sport and winter packages, was about 50k when new, I got mine for $5500 with 150 k on it. 3.0 twin turbo motor runs great, loads of torque and power. 0-60 under 5 seconds and 30 mpg on the highway is a great combination. N54 motor has forged internals and is upgradable to 600 horsepower with mostly bolt-ons, check You Tube to see how this car is being bought by people looking to get big horsepower for relatively little money. It's not exactly cheap to do, but cheaper than most. This is an amazingly beautiful car as well, mine is black and when detailed, looks like a brand new car that gets thumbs up and positive comments from strangers at 7-11. I painted the silver sport rims gloss black, bought a $150 carbon fiber rear trunk spoiler and added some M badges and the car looks great.. I think it is one of the nicest looking sedans ever made. Get one before they disappear like old Supras, 240 sx's, and Datsun 510's from the 70s. Great car.

Rating breakdown (out of 5):
5 people out of 5 found this review helpful. Did you?
Show full review
3.3

Don’t get me wrong, I had a great time with this car but as the age and value dropped, the repair bills stacked. After owning it for 8 years, this 13 year old car still looked amazing, but the repairs far outweighed and reasonable thought to keep it. I heard this year and model is great for a few years, then get rid of it as the little things and sensors take their toll. I really should have moved on from this car many guests ago. The long range value versus repairs do not make sense. If you want a project car and have the extra money, get it. I walked away and sold the car when the Quoted repairs far outweighs the value. Plus, I only drove it about 30 miles a week.

This car has put me through a lot, good and bad, but it’s been my most favorite car to own. Mine is a 6MT and is the most fun thing to drive. The tuning potential on this car is insane and i’ve had a blast building it.

Rating breakdown (out of 5):
7 people out of 8 found this review helpful. Did you?
Show full review
See all 125 consumer reviews

All model years for the BMW 335 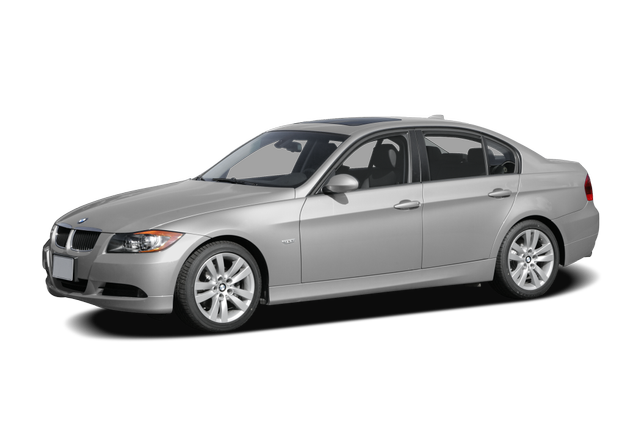 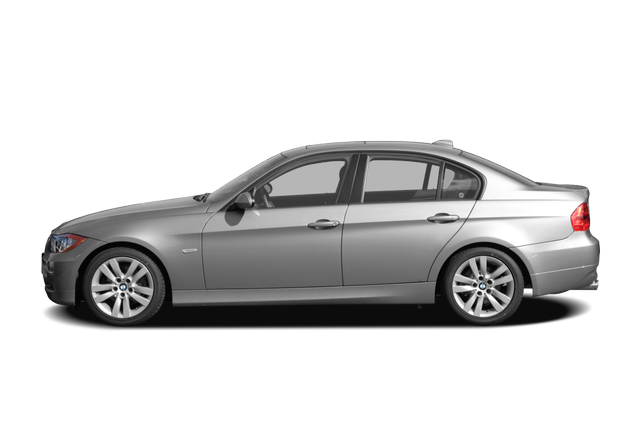 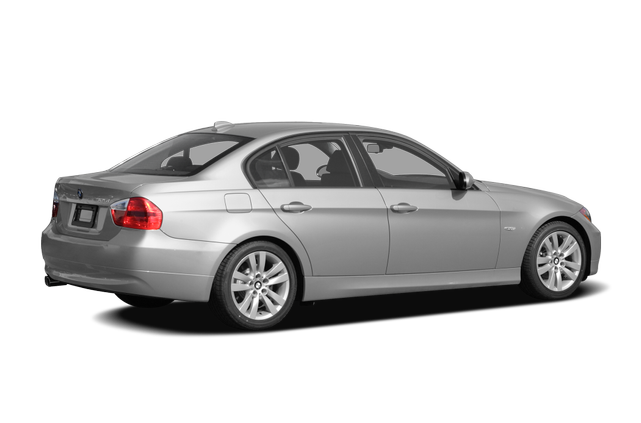 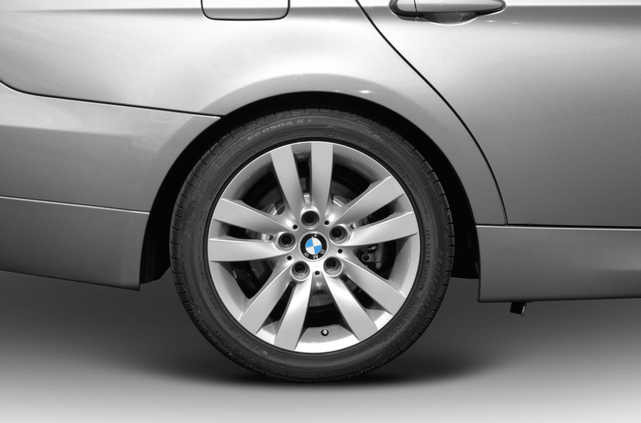 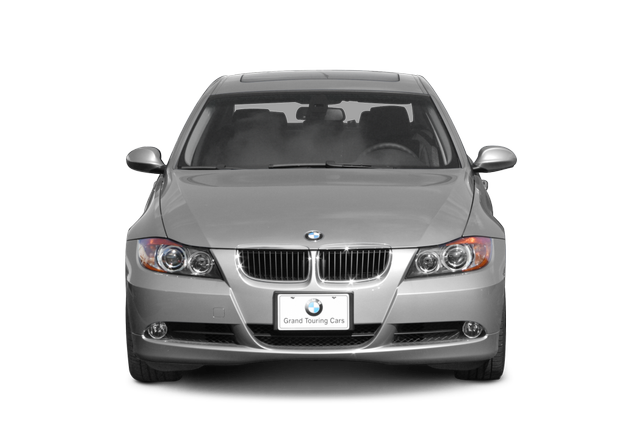 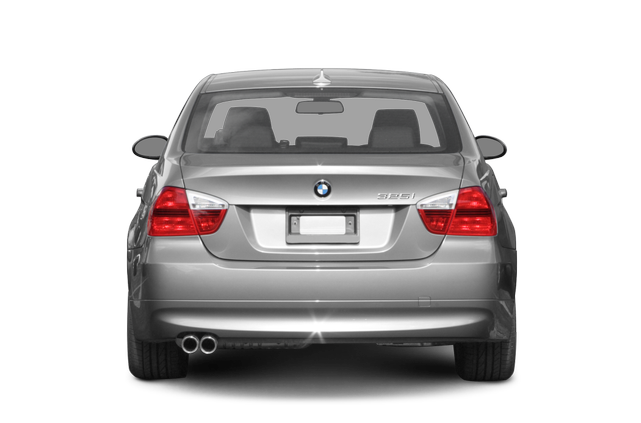 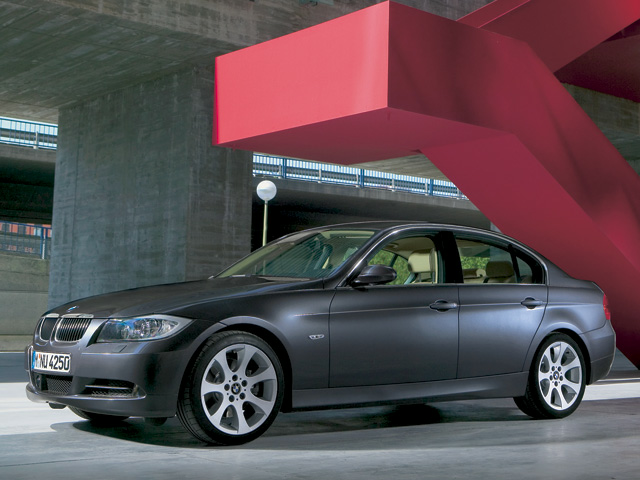 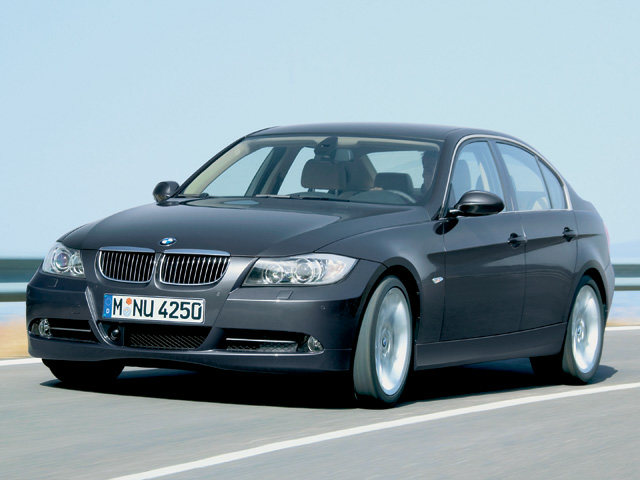 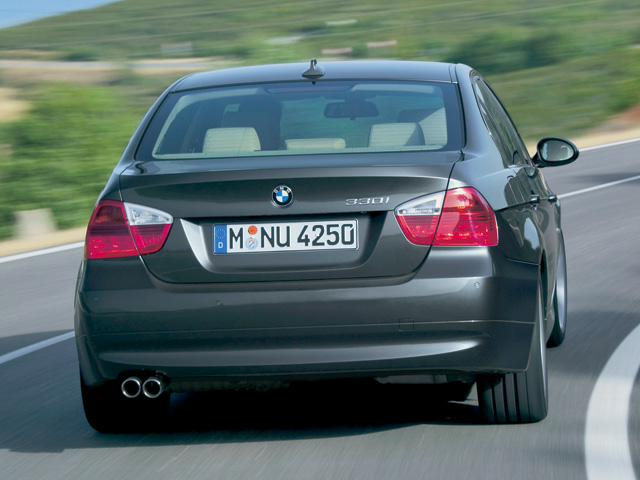 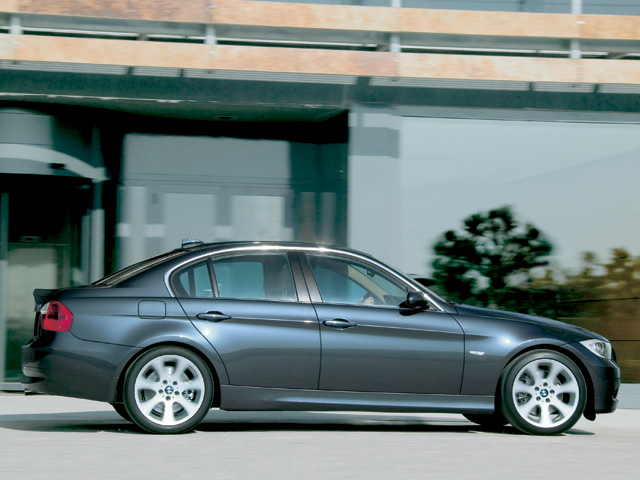 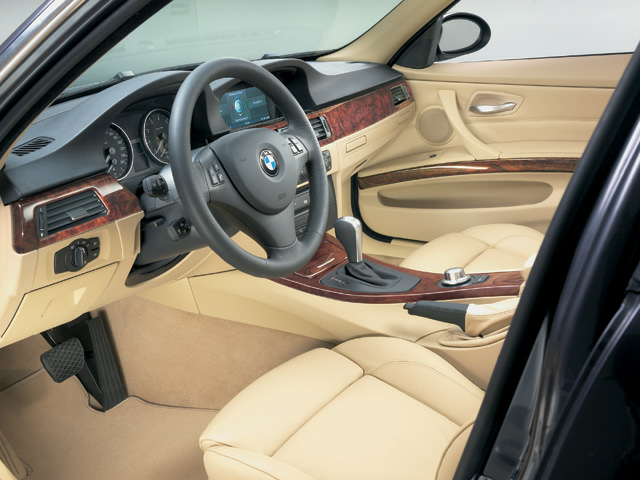 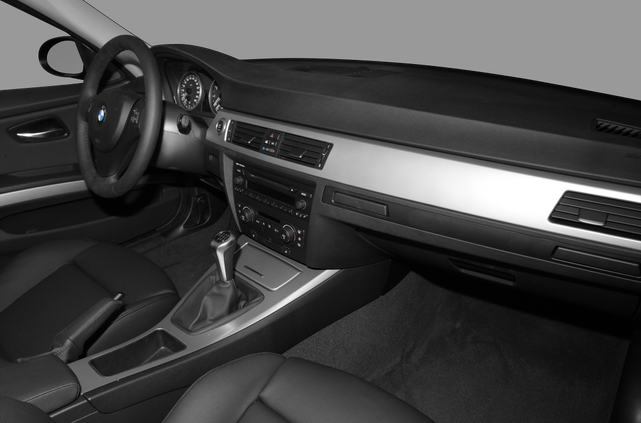 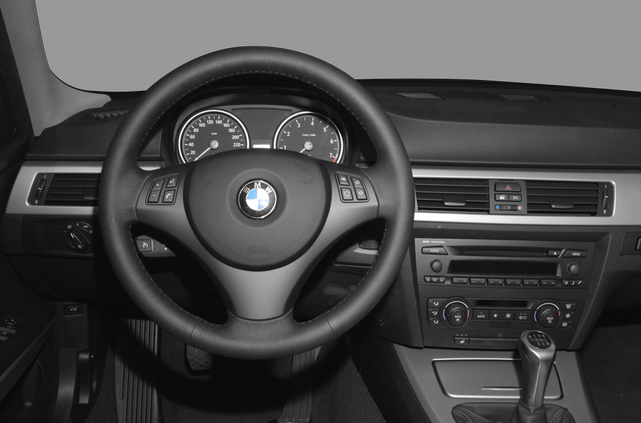 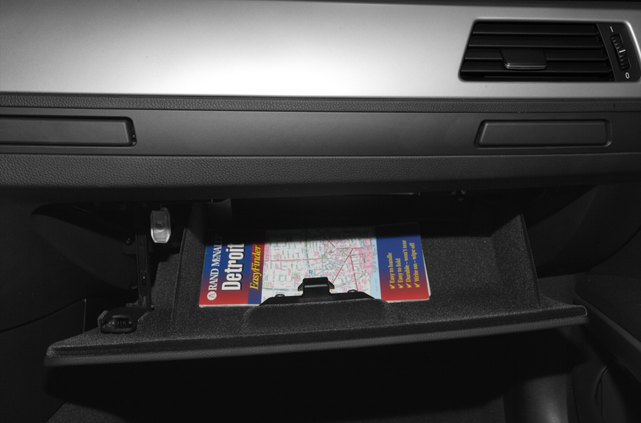 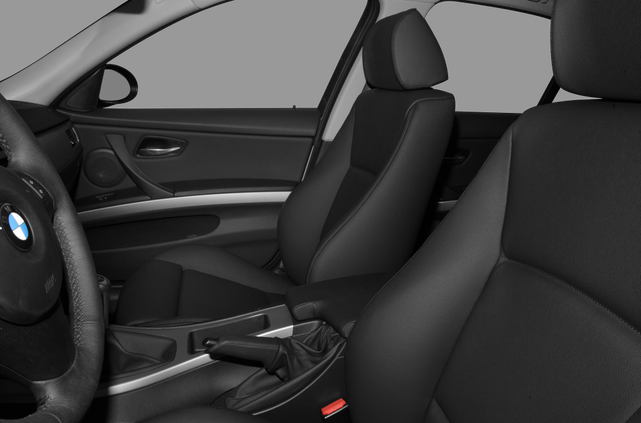 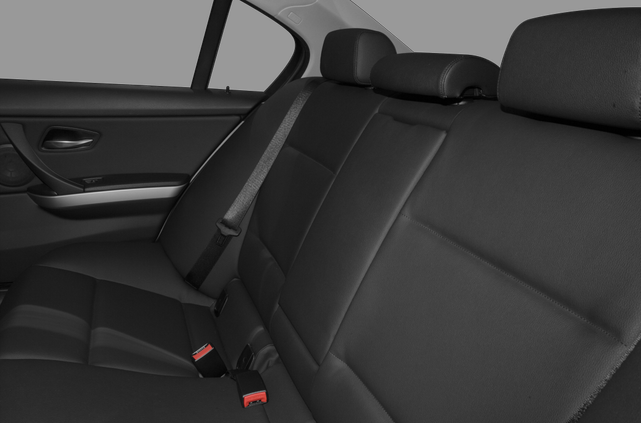 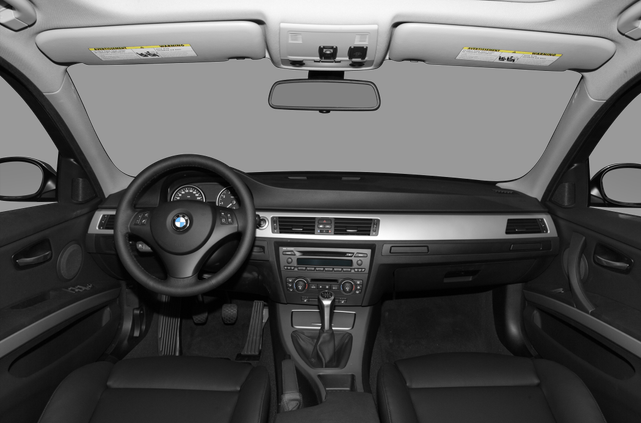