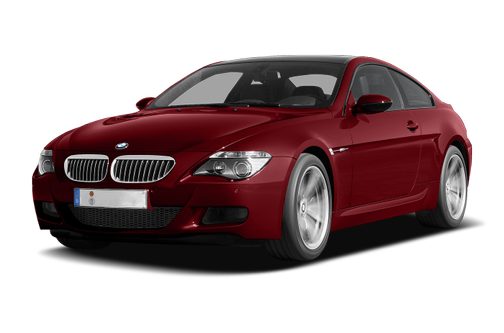 Our 2008 BMW M6 trim comparison will help you decide.

It can be enjoyed only through a willing suspension of disbelief, most often achievable with the assistance of wealth but difficult to obtain or sustain on a working stiff’s salary.

Without options, the M6 convertible starts at $106,100. (The phrase “without options” assumes knowledge that the M6 itself is an option.) Add-ons such as a heated steering wheel, black Merino leather seats, and an onboard navigation system can boost the price $4,000 or more. Standard equipment includes an additional $3,000 in federal gas-guzzler taxes.

That’s because the M6 gets considerably less than 22.5 miles per gallon on the highway, below which the government begins taxing cars for excess fuel consumption. It’s a simple formula — the poorer the fuel economy, the higher the tax.

The rear-wheel-drive M6 convertible, with its 5-liter, 500-horsepower, V-10 engine, sucks premium fuel at a rate that translates to 11 miles per gallon in the city and 17 miles per gallon on the highway, and it does that going at legally posted speeds. At extra-legal speeds, the driver might as well knock a hole in the fuel tank, it drains so fast.

I know. Anyone who knows anything about BMW should not be upset about any of this. BMW is a legendary performance car company, maker of the world’s “ultimate driving machines.” People don’t buy BMW for economy or fuel efficiency. They buy for power, speed and prestige. They want to make a statement.

I get it. But what bugs me about the M6 and other exotic cars is that the statement they make often amounts to a rolling contradiction. They are fast cars in a world slowly running out of the petroleum to propel them. The faster they go, the less they make sense.

The designers of the M6 are aware of this irony. The car can leap from 0 to 60 miles per hour in 4.5 seconds — even faster, according to some test-drive accounts. But it flashes a warning, dramatically displayed on the windshield via an optional head-up system, and sounds an alarm the moment the speedometer detects movement above 65 miles per hour.

“Speed Limit Exceeded,” the red warning message says. It is accompanied by a gold circle with the similarly colored word “LIMIT” written inside in all caps.

It’s a lawyer’s gimmick, implemented to give BMW plausible deniability in anticipation of someone somewhere having the gumption to accuse the company of encouraging reckless driving. It is the moral equivalent of the “drink responsibly” tagline usually found at the end of beer commercials aired during professional football games.

You can always drink more, although you shouldn’t, especially if you are driving. In the M6, you certainly can go faster — putting its seven-speed transmission in either automatic or manual mode.

Manual mode is best. It has a higher fun factor. The car launches itself with something approaching orgasmic joy.

But it’s an expensive treat. Filling the M6’s 18.5-gallon tank for the 300-mile drive here from Northern Virginia cost $93.11. I made it to my daughter’s East Side garage with barely a quarter tank of fuel remaining.

It was a fun romp, enjoyed without the unpleasantness of another speeding ticket — frightfully easy to come by on Maryland’s stretch of Interstate 95 and the New Jersey Turnpike.

But I found my thrill and had my fill. With apologies to musician Fats Domino, a fellow New Orleans native, I’m ready to abandon the fantasy of this particular Blueberry Hill and journey back home at a more moderate pace.

The M6 is a wild car. But in the future, if BMW or any other car company wants to impress me, show me one that goes from 0 to 60 miles per hour in four seconds and gets 60 miles per gallon. I’d take it without leather seats.

One of better buys I have made since used it had only 30K miles when I bought it 2.5 yrs ago. Fast, great stereo beautiful-if you can find this V10 with low miles, the sound of the engine alone is worth the purchase.

Best exotic cars you can buy

April 24, 2020
By José Torres from Pennsgrove NJ
Owns this car

Best thing I did was got another BMW especially a M model top of the line, the color the comfort the power the ride it’s just incredible!

One of the most fun cars ive owned lots of power

looks amazing and an extremely fun car to drive and ride in. Very comfortable ride and handles amazing on corners and has tons of power over 500 hp.

Rating breakdown (out of 5):
3 people out of 3 found this review helpful. Did you?
Show full review
See all 14 consumer reviews 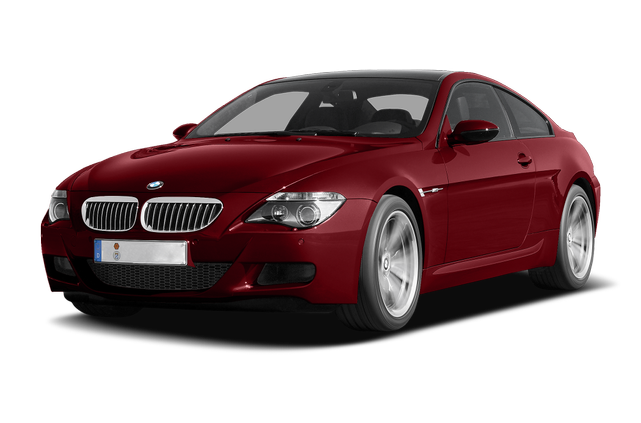 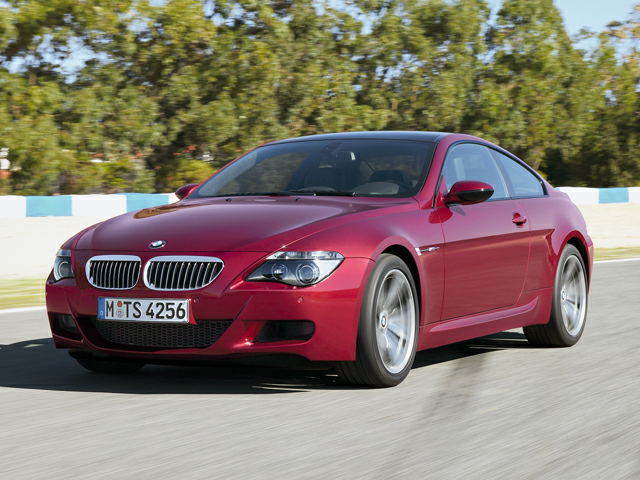 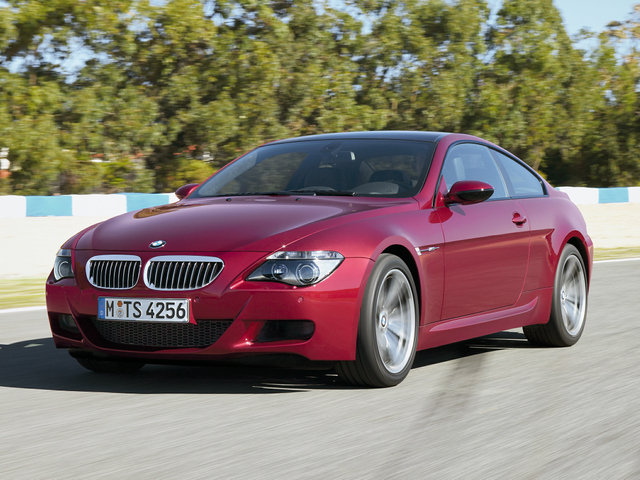