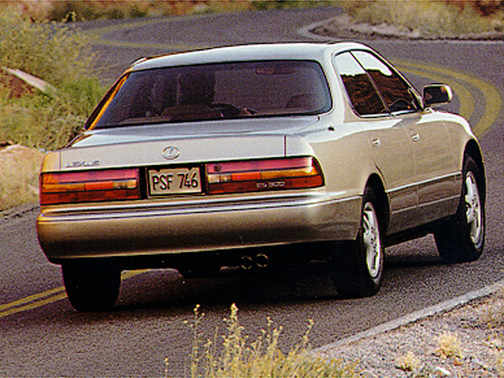 Is the Toyota Lexus ES250 simply a glorified Toyota Camry?

“The media thought so more than our buyers,“ said J. Davis Illingworth, general manager of Lexus.

The fact both were built off the same platform and featured the same engine and transmission and bore styling that played up the heritage helped lead to charges that the Lexus was a Camry for several thousands of dollars more.

Toyota and Lexus want to put the Camry/ES250 kinship twinship to rest. So two years after it was introduced as a 1990 model, the Lexus ES250 is being replaced in the 1992 model year by the ES300.

You should understand that the ES300 and `92 Camry are built off the same platform and share engines and transmissions, but Toyota promises the Camry will look noticeably different.

The ES250 and Camry for 1991 were such good cars, the fuss over who begot whom is, well, misbegotten.

You`d rather have your kid mistaken for Princess Di than Prince Charles, too, unless your kid`s first name is Ralph.

We test drove the ES300 with 4-speed automatic.

The most visible change is the sheet metal. The ES250 was boxy, the ES300 is rounded and more angular and nearly a direct copy of the LS400 sedan.

“We did that family heritage on purpose,“ said Illingworth. “We did ourhomework to make the ES300a Lexus.“

The ploy worked. While driving the ES300 around Detroit, a fellow motorist honked and gestured wildly for our attention while stopped at the light.

“Is that the big Lexus? “he asked, wondering whether the vehicle in our hands was the $40,000 version.

Had Illingworth been in the passenger seat, he would have beamed.

From the entry-level ES300 running through the SC400 and SC300 coupes and LS400 sedan, the crew looks alike. It`s more than somewhat ironic that such styling similarity once made Cadillac and Oldsmobile the butt of jokes.

Though theES300 is 3 inches wider at 70 inches, 5 inches longer at 187.8 inches and is built on a 1-inch longer wheelbase at 103.1 inches, the rounded sheet metal makes it appear smaller than the rectangularES250. A low, slanting front end also adds to the illusion.

However, inside there`s more than ample room up front, good space in back if you don`t mind sn uggness for the knees, and a spacious trunk.

Controls are well positioned for easy sight and use. A nice touch was placement of the remote fuel filler door and trunk release buttons in the driver`s door under the handle and the hidden dual cupholders that spring from the dash when the cover door is pushed.

The 3-liter V-6 is lively, even with automatic. More important, it`s whisper quiet, so much so that some owners are sure to make the major faux paus of turning the ignition key after the engine is started. Makers of rebuilt starters surely will forgive the error.

To increase driving range, the fuel tank was enlarged to hold 18.5 gallons, 2.6 gallons more than the ES250.

By the way, a 4-cylinder will be standard in Camry, this V-6 an option.

The suspension offers a choice of two settings, normal and firm. Normal was our choic . It provided adequate road hugging without the stiffness from the firm dial setting.

When the streets were wet, the ES300 held well to the pavement without wandering. When the roads were dry, there was almost no lean or sway in corners or turns. When the road ahead unexpectedly veered sharply left under a bridge and then just as abruptly to the right after the bridge, the car sat flat through the brisk maneuver performed at 65 miles per hour.

The suspension, 15-inch radial tires and speed-sensitive power steering contributed to vehicle control, though we have to admit that on the bridge course, we paid homage to a being who spends no time in the Toyota engineering labs.

In terms of safety, anti-lock brakes and driver`s side air bag are standard. The bag, luckily, didn`t have to be tested. ABS did. When a driver decided to make a sudden and unexpected U-turn ahead, the ABS kept the ES300 from autographing her car at driver`s door level.

What we found odd is that the ABS performed as designed, but there was too much brake pedal play in normal stopping. We prefer a pedal with quick, firm response when called upon.

April 30, 2022
By Ian Mayberry from Queensland, Australia
Owns this car

Original owner of a 1992 model here in Australia. It's a car that was made to last and it has given me very few problems. A few hoses have sprung leaks here and there, due to age, but they were easy to replace. I replaced a lot of things in 2019 purely out of preventative maintenance because my daughter now drives the car to Uni each day. It's the car she came home from hospital in the day she was born, so she loves it. I can't speak to the quality of later Lexus models but the 1992 Lexus ES300 was extremely well made, with remarkable longevity.

September 11, 2017
By mickyjanus from Auburn Alabama
Owns this car 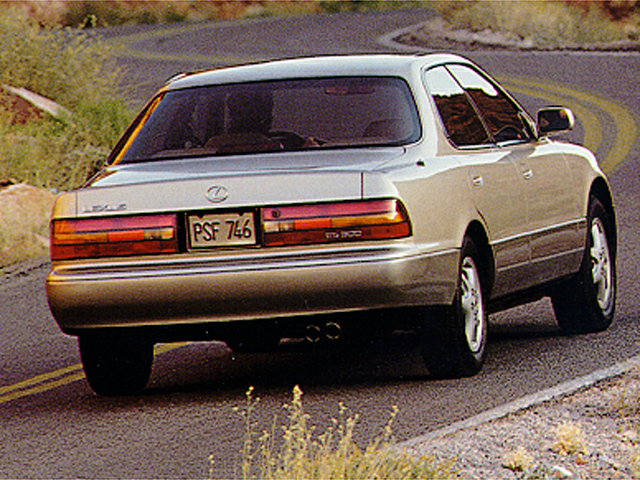