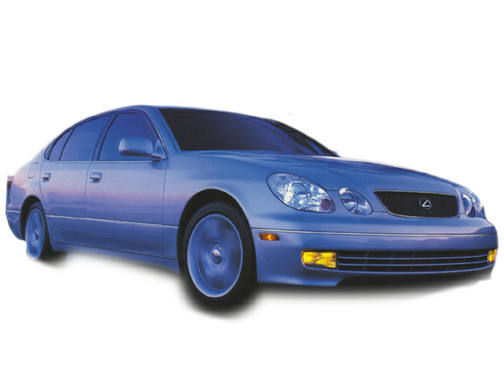 Most of the attention generated by the new Lexus GS sedans has been dominated by the GS 400 and its 300-horsepower V8. But its little sister, the GS 300, may be the most sensible.

I came to that conclusion while rolling past the endless cornfields of central Illinois on my way back to Kansas City from visiting my father. Sure, the GS 400’s muscular V8 would be fun, as would the finger-tip shifting of the five-speed automatic transmission, but the price begins around $45,000. The GS 300, which has a 6-cylinder engine, starts around $37,000, has the same space-efficient design, the same Vehicle Skid Control system and the same 5-speed automatic transmission, minus fingertip shifting. True, not many folks who shop in this mid-luxury segment are price-conscious, but why not save what you can when you can?

In place of the GS 400’s V8 sits a 3.0-liter, 6-cylinder with four-valves per cylinder, Variable Valve Timing and 225 horsepower. This engine has been thoroughly reworked for this year. It is uncommonly smooth, and is strong enough to push the 300 to 60 mph in 7.6 seconds, versus 6 seconds for the 400. Its EPA fuel economy rating is 20 mpg city and 25 highway.

Two-hundred and twenty-five horsepower moves this car along smartly, which I found while passing trucks on a two-lane highway. Whether I rolled into the throttle or manually shifted down to third, the big six had more than enough punch to leap around 18-wheelers like they had shifted into reverse. The sound it makes at high rpm is positively delightful.

The standard aural cues, such as the howl from the wind and road, have been subdued, and that makes this car deceptively fast. If you drive by ear you are likely to find yourself running way past the speed limit, especially on empty roads where the lack of traffic confounds your frame of reference.

The GS is new from the ground up. Wide-eyed styling dominates the front, while the small flares that bulge over each wheel create a muscular look. Although it has a 110.2-inch wheelbase, extremely short overhangs front and rear keep overall length to 189 inches. The passenger compartment, however, has not been sacrificed. Interior volume exceeds both the BMW 5-series and the Mercedes-Benz E-class. The back seat can hold three people, although two is more comfortable.

The back seat does not fold down, and that limits the size and scope of things that can be carried in the trunk.

Handling is precise, but not at the expense of a harsh ride. The double-wishbone independent suspension uses aluminum upper arms in back for less weight. Fling it into a turn and body roll is moderate but not excessive. The front-engine/rear-wheel-drive configuration gets traction control and anti-lock brakes standard. Vehicle Skid Control, also standard, uses the anti-lock brake and traction control sensors to help avoid skids by applying an individual brake when the computer detects the vehicle needs assistance.

Up fro nt, the cabin is comfortable, yet its sporty design appeals to enthusiast drivers. The three-spoke wheel has perforated leather sections for your hands; gauges have “Optitron” lighting that silhouettes the pointers and numbers against an off-white background; and wood accents bring warmth to the all-leather upholstery. The automatic climate control system has separate controls for each side, a charcoal filter to remove dust and pollen from the air and an air pollution sensor that recirculates interior air when it detects contamination outside.

Both the windows and sunroof have one-touch open and close, with pinch protection.

During a six-hour drive I found the front seats to be quite good, although I would have liked a bit more under-thigh support. The seat back tilts back almost flat, which is good when your passenger wants to nap (mine did). Side airbags are built into the seats and pretensioners remove the slack from the seatbelts in an accident.

The seven-spea r, five-amplifier stereo system is excellent. Our car was equipped with the optional six-disc CD changer that fits in the dash where the glove box would normally be.

The storage bin in the center console has a power outlet which is good for a portable phone.

While the GS 300 does not have the outright power the GS 400, it offers a balanced package of performance, handling and price that makes it most attractive.

The base price of our test car was $36,800. Options included leather trim and heated seats, in-dash CD player, power sunroof, floor mats and wheel locks. The sticker price was $41,704.

Point: The GS 300 offers a good combination of performance, handling, comfort and fuel economy. Not as fast as the V8-engined GS 400, it has more than enough power for most folks. The interior is plush, functional and big enough for five.

Counterpoint: I would like to see a split-folding back seat to increase the hauling capacity of the trunk.

Best Car I Have Ever Owned

This 22 year old Lexus GS has been my hangar car for the last 12 years. Concurrently and since then, I have owned many cars, all top of the line models. Including my current 2020 auto, my 1998 Lexus is the best overall car I have ever owned. Comfort and handling are exceptional. It handles well at 60 on curves or 120 on a superhighway if you want to drive that fast (governor regulated at 136 MPH, I believe). Mileage is 24 MPG, pretty much no matter how you drive. Sound system is the best of any car I have had. Repair bills total $0.00 other than tires and a few batteries. I would still be driving this car primarily if it were not for the fact that there is no decent upgrade for the navigation, Bluetooth system, etc.

This car is very reliable. Has room for a tall family like mine. Would buy again. Made me feel like a V.I.P while I drove it.

All model years for the Lexus GS 300 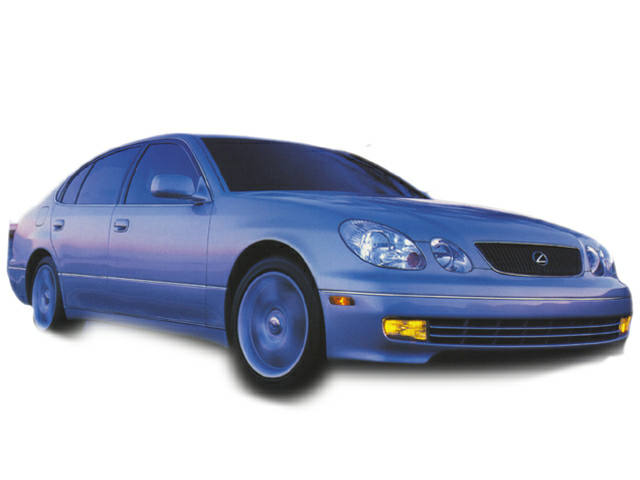 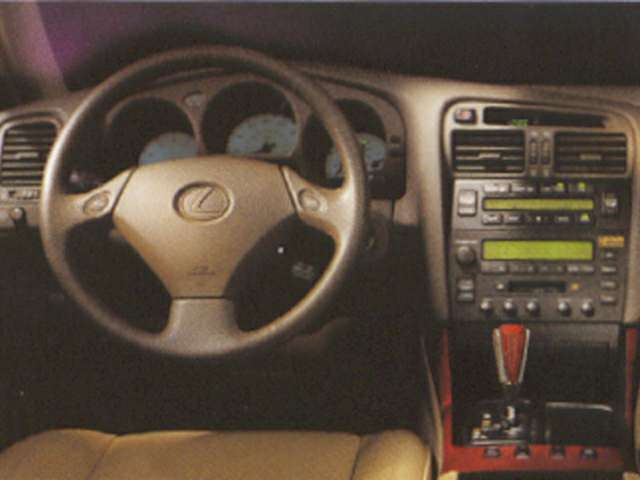