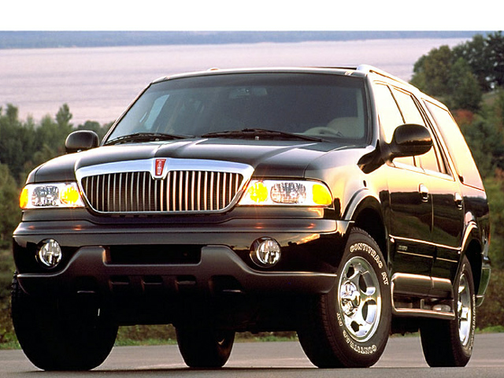 Our 1998 Lincoln Navigator trim comparison will help you decide.

And not just in pop culture.

So much for not becoming your parents.

Oh sure, today’s sport utility vehicles don’t have fake wood-grain siding. Instead, they sport lots of cladding, chrome and running boards (ask your grandparents about this new idea.)

Of course, after cruising in the cushy Lincoln Navigator, you can see why Baby Boomers are embracing these leviathans. It’s for the same reason their parents bought wagons with names like the Royal Colony Park Kingswood Estate Cruisemaster Brougham.

They’re comfy, powerful and can hold lots of stuff.

The Navigator is Lincoln’s attempt at doing what Lexus did with its LX450 (basically, a gussied-up Toyota Land Cruiser). They took the freshly minted Ford Expedition and sent it out to a health spa. The result is the luxurious Lincoln Navigator, a bizarre mutation of luxury in a field of “luxury” trucks as bizarre as any ’50s tail-finned creation. This is not to say Navigator’s ugly — quite the opposite. It’s quite elegant for a two-ton 4×4, Arnold in a tuxedo. It’s very ’90s, as tail fins are very ’50s.

But rather than say fun, this vehicle and others of its ilk bespeak the paranoia that infiltrates the ’90s. First, the Lincoln comes with a ground clearance only slightly lower than the tree house you had as a kid. The load-leveling suspension lowers an inch when the ignition is switched off to aid getting out. The doors lock automatically when shifting into drive to keep unwanted intruders out.

The optional shift-on-the-fly4x4 drivetrain, dubbed “Control Trac,” has four modes: rear-drive, automatic all-wheel drive, four-wheel-drive high and 4-wheel drive low to help the paranoid get through the awful winter weather that our parents battled with a rear-drive car and bags of sand in the trunk.

Of course, the invincible feeling of being perched on high and a 4WD drivetrain doesn’t prevent you from accidents. So Lincoln thoughtfully provides airbags, four-wheel anti-lock disc brakes and an anti-theft system.

Once your nerves are soothed, you can start up the 5.4-litre single-overhead-cam V8. With 230 horsepower and 325 pound-feet of torque, this sophisticated power plant will move you forward and the gas gauge backwards. (According to the EPA, it depletes the world’s oil supply at a rate of 13 mpg city,17 mpg highway. Test mileage was a horrific 13.5.) Only your parents Kingswood Estate wagon was thirstier.

But this is a serious truck, probably more truck than most owners will ever use. The maximum tow-rating is 8,000 pounds with the 4×2 set-up, 7,700 with the 4×4. There are even tow hooks up front, although it would take an awfully BIG vehicle to p ull this truck out of the bog.

The handling is quiet and smooth for a big 4×4, but not as cushy as your parents gas hog. But this one doesn’t bound and dip like their vehicle, either. The steering is light but accurate, making Navigator easier to handle than its size suggests. But don’t expect much road feel.

The interior is worthy of the gargantuan Lincoln grille that it wears up front. With a special sound insulation package and18-ounce carpet, this is a quiet way to carry yourself to your destination. The instrument panel contains complete instrumentation, including battery and oil pressure gauges. In addition to the plethora of cup-holders, there’s an extra power point up front.

Unlike lesser trucks in the Ford family, there’s a small tree’s worth of wood decorating the dash and the awesome Jaguar-like steering wheel. Also decorating the steering wheel are cruise control buttons, and duplicate controls for the audio system and climate control, both a far r ach for most people. Of course, a small herd of cattle were slaughtered to make some mighty comfortable seats. They have good support over long trips.

The middle row features two captains chairs separated by a console with cupholders and lots of storage. Stepping to the rear seat (literally, since there are two small steps up) gives rear passengers a theater-like view, although head-room is tight.

If all this isn’t enough to satisfy your hedonistic cravings, try out the full complement of luxury gear that’s typical for this class, like automatic climate control, 290-watt audio system with 6-CD changer, power everything, auto-dimming rearview mirror, memory seats and power sunroof among the optional goodies. What this Lincoln lacks may surprise you: There’s no heated-seat option, odd for a vehicle meant for colder climes. There’s also no separate temperature control for the front seat passenger, a common option these days in the luxury wars.

With 30,000 Navigators ready to navigate the nation’s highways, Lincoln is selling everyone it can produce — this is the hot truck to have. But I wonder, if the weather is so bad that you need one, maybe you shouldn’t go out at all.

But that’s my parents talking.

Perfect size for my growing boys! Will be great this winter in the snow too. It does drink the gas, but my commute is very small.

My wife purchase this vehicle brand new in 1997. It was the only one in our city for a while. Once people saw the vehicle and rode in it they purchased one. The gas mile is not good as the newer SUV's. The vehicle runs just as well today as it did in 1997. I just put some top of the line Goodyear's ($1000) tire on it for comfort two weeks ago. I will be getting a Maaco's paint job ($1600 in the next two days. After the paint job it will be upholster (front seats) and recarpeted for another $1600. I can afford a new SUV but this one is nowhere near quitting. I have had no major problems with this vehicle. 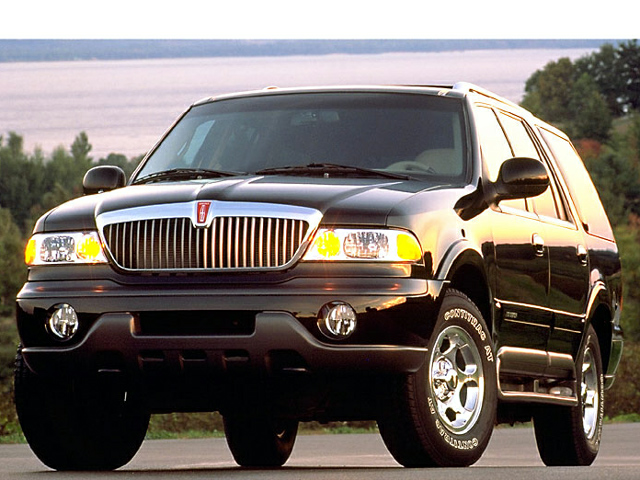 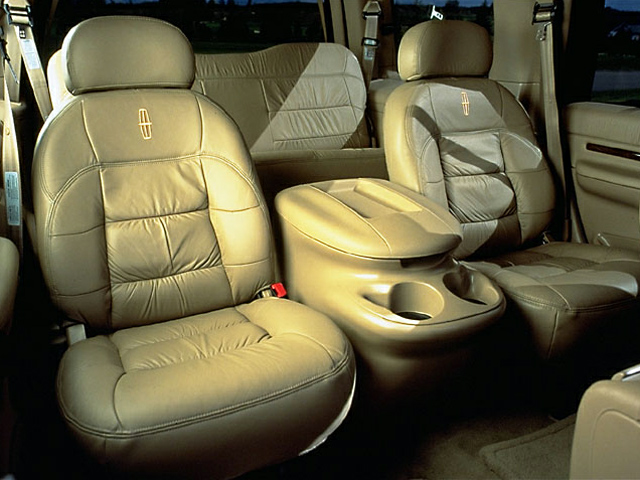