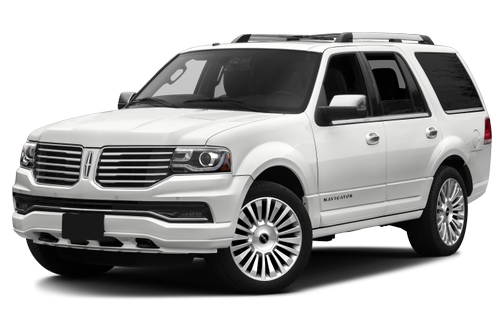 Our 2015 Lincoln Navigator trim comparison will help you decide.

The 2015 Lincoln Navigator full-size SUV is easy to drive and provides exceptional comfort in all three rows of seats, but it needs a richer interior to truly compete in the luxury class.

Lincoln has significantly updated the Navigator for the 2015 model year with new styling and a new twin-turbocharged V-6 engine that replaces the previous V-8. (To see how the new Navigator specs compare with the old ones, click here.)

It’s offered in regular- and long-wheelbase L form with rear- or four-wheel drive. We tested a regular-wheelbase four-wheel-drive model with a starting price of $66,050, including a $995 destination charge. Competitors like the GMC Yukon Denali, Infiniti QX80 and Mercedes-Benz GL450 are priced similarly. (To see their specs compared, click here.) Optional features raised our Navigator’s as-tested price to $73,395.

Exterior & Styling
Bold grilles have defined a number of full-size luxury SUVs, the Navigator included, but the model’s 2015 face-lift dials things back a bit; the massive cheese-grater grille has been replaced with Lincoln’s new split-style design, similar to the Lincoln MKC’s styling but not as sleek. After experimenting with new front-end treatments every few years, Lincoln finally seems to have found a look that will last a while.

Nearly everything that can be power-operated on the Navigator is power-operated. This includes a standard power liftgate, power rear-quarter windows, power running boards and power-folding side mirrors that tuck exceptionally close to the SUV. A power moonroof is optional.

How It Drives
The Navigator’s poise and driving refinement are among its best qualities. This is a big SUV, but it doesn’t take long to get accustomed to its size. The direct, responsive steering deserves a lot of the credit; the setup is confidence-inspiring and makes maneuvering the Navigator easy.

Ride quality is on the firm side. Our Navigator was fitted with optional Lincoln Drive Control adaptive shock absorbers; traditional shocks are standard. You feel bumps and dips in the road, but the suspension’s overall refinement prevents them from diminishing the driving experience. Wheels and tires can affect ride quality, and our test car had optional 22-inch wheels with low-profile tires, as opposed to the standard 20-inch wheels. Larger tires usually cost more to replace, as well.

The adaptive suspension does a great job of eliminating irritating characteristics traditionally associated with large SUVs, such as body roll, brake dive and acceleration squat. Drive the Navigator hard into a corner, and body roll is surprisingly absent. It’s a testament to how much work has gone into refining the Navigator’s driving experience.

Large V-8 engines have been a signature feature of full-size luxury SUVs for years, but that’s starting to change as automakers chase better fuel economy for their biggest vehicles. The 2015 Navigator makes the switch from a V-8 to a twin-turbo V-6 engine, but I didn’t miss the V-8 at all.

Rated at 380 horsepower and 460 pounds-feet of torque, the V-6 makes 70 hp and 95 pounds-feet of torque more than the old V-8. Curb weight is still around three tons for a four-wheel-drive Navigator, and acceleration feels as strong as with the prior V-8: quick enough, but not overwhelmingly powerful.

The twin-turbo V-6 gets the Navigator up to highway speeds easily, and if you need to make a quick pass there’s good reserve power. The engine makes a high-pitched hissing sound when accelerating. It’s faint, but it’s a reminder that there isn’t a regular V-8 under the hood. The V-6 is matched with a six-speed automatic transmission that shifts smoothly and is quick to kick down when you want more power.

The biggest shortcoming of driving the Navigator is its brake-pedal feel. The SUV has disc brakes at all four corners that stop it just fine, but there’s a disappointing numbness when you step on the brake pedal.

Interior
The Navigator comes standard with three rows of seats and room for seven people — eight with a second-row split-bench seat that’s a no-cost option — and it’s one of the few full-size SUVs that can comfortably carry adults in any of its three rows.

The task of climbing up to the driver’s seat is made easier by the standard power running boards that motor down from their flush position against the side sills when you open a door. Leather upholstery is standard, and the front bucket seats provide good support. A power-adjustable steering column and powered pedals — both standard — should help both short and tall people find a comfortable driving position.

Our test model had the standard second-row captain’s chairs, which are separated by a wide walk-through that makes it easy for passengers to get to the third row. The second-row chairs don’t slide forward or back, but legroom for taller adults is good and the backrest reclines far back.

Third-row comfort and roominess really set the Navigator apart from the competition. Unless you’re considering an extended-wheelbase model, most third-row seats in full-size SUVs are barely big enough for kids, let alone adults. The Navigator’s third row, however, is almost as comfortable as the second-row captain’s chairs. The impressive comfort is attributable to the raised, ergonomically correct seating position, plus decent legroom and good headroom. The main drawback of the third row is the upper portion of the backrest. It’s scalloped, so the head restraints can nest there when the seat is folded, but it didn’t feel right against my shoulder blades.

Lincoln has refined the Navigator’s cabin for the 2015 model year. Changes include a new instrument panel with configurable screens bordering a central analog speedometer, a restyled dashboard with updated controls and the MyLincoln Touch entertainment system. Our test car had the optional Reserve Package that includes more leather trim, among other features, but while overall materials quality is good, it’s still too similar to an uplevel Ford model to be considered among the luxury elite; the Cadillac Escalade and QX80 cabins feel considerably richer.

With large side windows, visibility is good no matter which row you’re in, and forward views are good thanks to the Navigator’s elevated driving position, large windshield and thin roof pillars.

Ergonomics & Electronics
You can really see the dramatic about-face Lincoln has made with its interior controls by comparing those in the 2015 Navigator with the ones in the brand’s MKX crossover. Nearly all the dashboard controls in the 2015 MKX are touch-sensitive pads, and fan speed and stereo volume are controlled by touch-sensitive sliders. Futuristic? Arguably. Easy to use? Not so much.

It’s good to see this experiment has come to an end; the Navigator has familiar knobs for stereo volume and tuning, and physical buttons for everything else besides the 8-inch touch-screen that runs MyLincoln Touch.

MyLincoln Touch and its sibling system, MyFord Touch, organize phone connectivity, navigation, climate control and audio functionality into quadrants on the dashboard screen. It’s also connected to the right-hand screen in the instrument panel. The setup is easy enough to use, but Chrysler’s Uconnect 8.4 system is quicker than the sometimes-sluggish MyLincoln Touch. The Uconnect screen has more vibrant colors and doesn’t require a firm punch with your finger when making a selection like MyLincoln Touch does. However, MyLincoln Touch’s voice recognition system does a good job interpreting spoken destinations, and my iPhone paired easily to the system via Bluetooth.

A power-folding 60/40-split third row is standard. It takes about 11 seconds for the seat sections to fold flat with the cargo floor or come back up for passenger use. Cargo room increases to 54.4 cubic feet with the third row folded, and with the second-row seats down the Navigator’s maximum cargo volume is 103.3 cubic feet.

Besides a big center console bin under the front armrest, cabin storage provisions are minimal; the glove box and front door pockets are small.

Safety
The 2015 Navigator hadn’t been crash-tested by either the Insurance Institute for Highway Safety or the National Highway Traffic Safety Administration as of publication.

Electronic stability systems are required in all new cars, but the Navigator’s system also measures if a rollover has begun and can apply the brakes and cut engine power to help bring the SUV back under control.

For a full list of safety features, check out the Features & Specs page. To see how well child-safety seats fit in the Navigator, see the Car Seat Check.

Value in Its Class
The Navigator’s base price includes a lot of premium features as standard equipment, but there are also some curious omissions, like the lack of an optional heated steering wheel and certain advanced safety features.

Whether the Navigator offers enough will hinge on what you want in a full-size luxury SUV. If it’s good driving manners and excellent comfort across all three rows of seats, this SUV will likely be a good fit. If luxurious accommodations are more important, other models, like the QX80, might be a better match.

I've never been a Ford product fan,but this truck has won me over. We bought ours used this year and LOVE it. I had determined that I was buying a loaded Tahoe LTZ when the wife had seen the Navi come up at a very good price. She was interested and since we had nothing to do that day, we decided to go and test drive it. That particular one was "road hard and put up wet" but, my wife noted how easy it was to get in and out of.........she suffers osteoarthritis in her knees and felt no pain getting in and out with the larger side steps. Since that was not a complaint for her, we started looking and found the one we currently own. It is quiet, roomy, nice stereo and is a very nice ride when traveling. I'm still not quite a Ford fan, but.........this has gotten me to give them a second look at least.

My third Navigator ... by far the best. Ride is superb. Exterior design and color draw compliments. Ample interior room, despite my 6'5", 300 lbs frame. Acceleration from the turbo charged V8 is remarkable. My previous Navs pale in comparison ... their weight always notable when trying to get up to speed. Love most of the interior design and materials. However the silver coating material on the control knobs look and feel cheap and totally out of character with the rest of the car. A head scratcher for sure. My only other complaint is the Blind Spot indicator not activating until the passing vehicle is already adjacent to my vehicle instead of the warning light illuminating as the car is first approaching. Definitely a reference issue, however. Overall, the car is a real joy...one I plan on reliving time and time again. 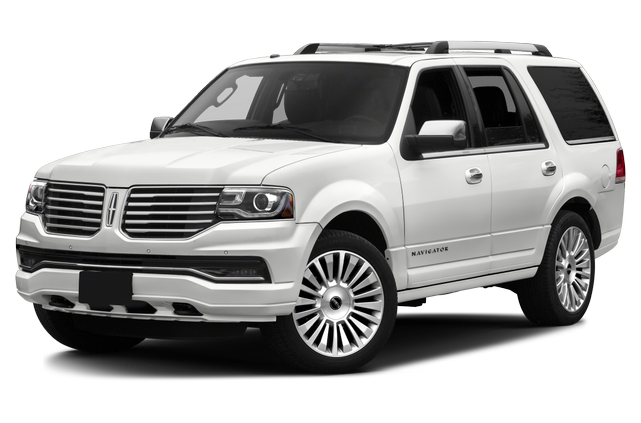 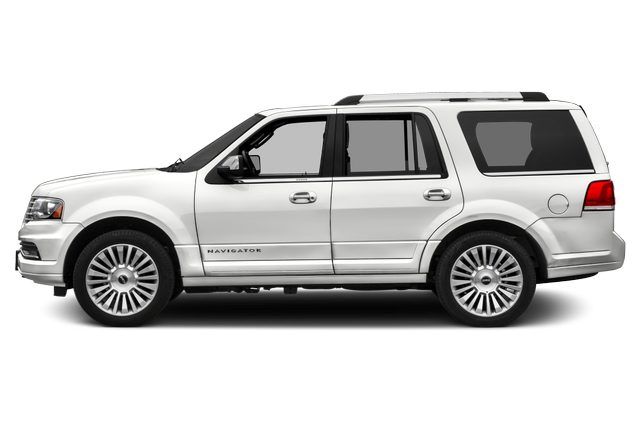 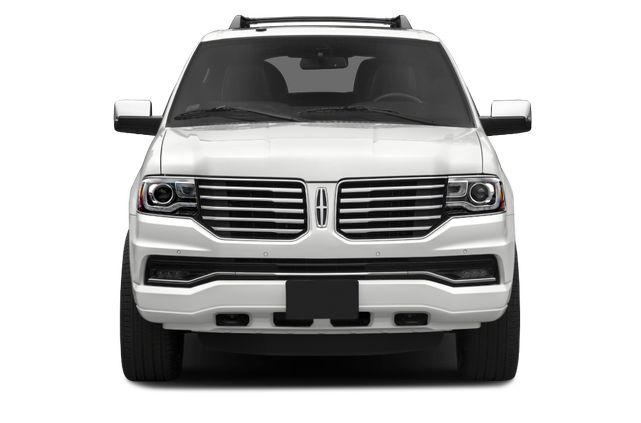 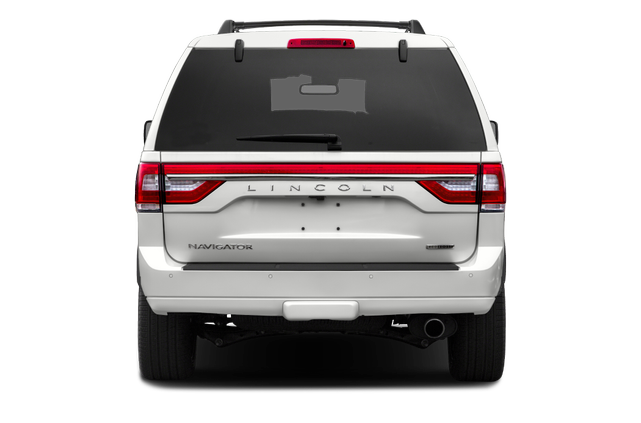 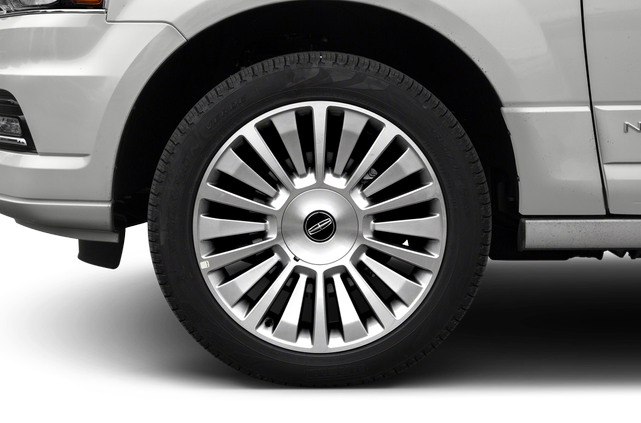 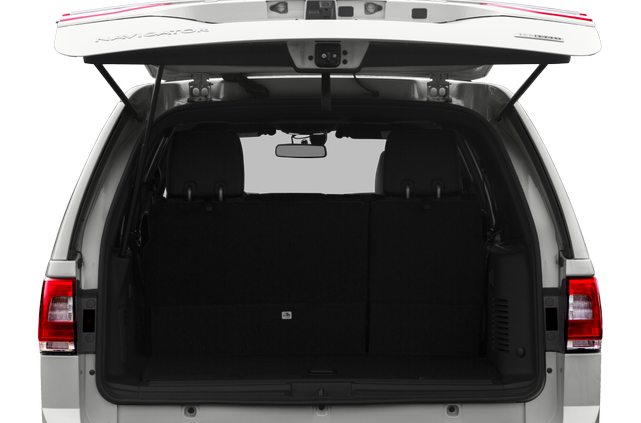 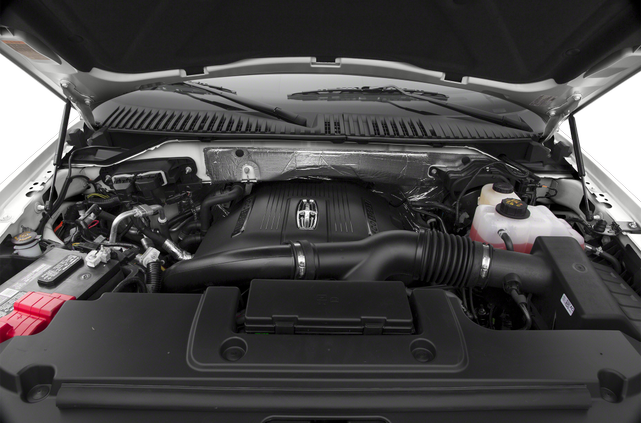 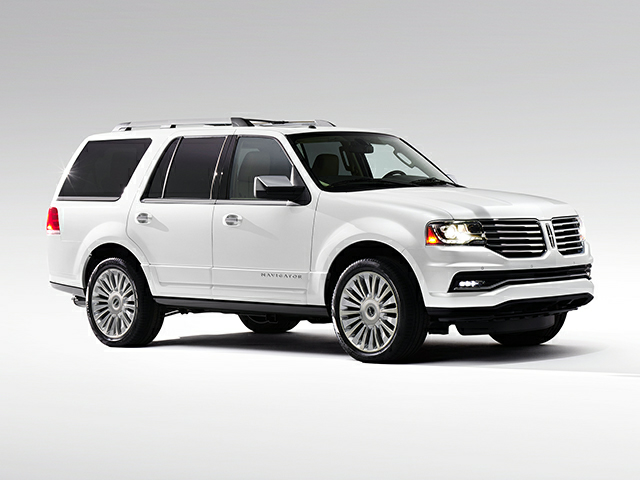 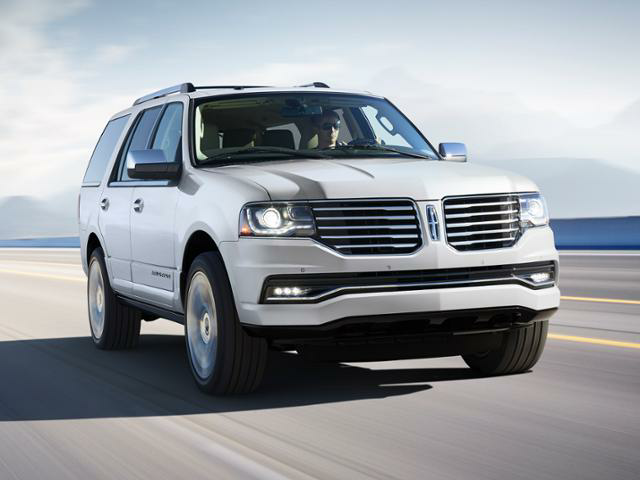 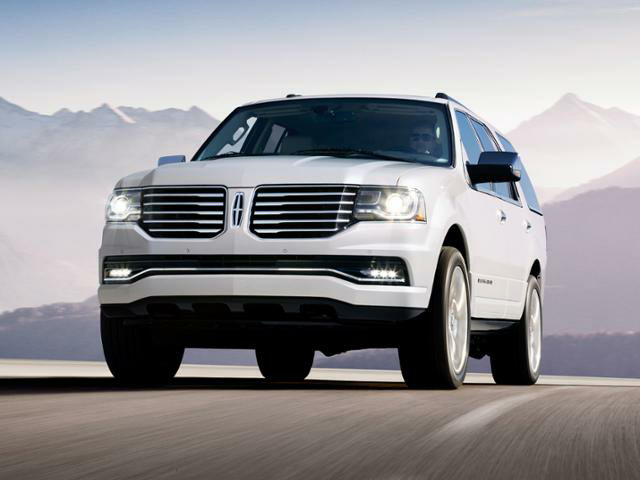 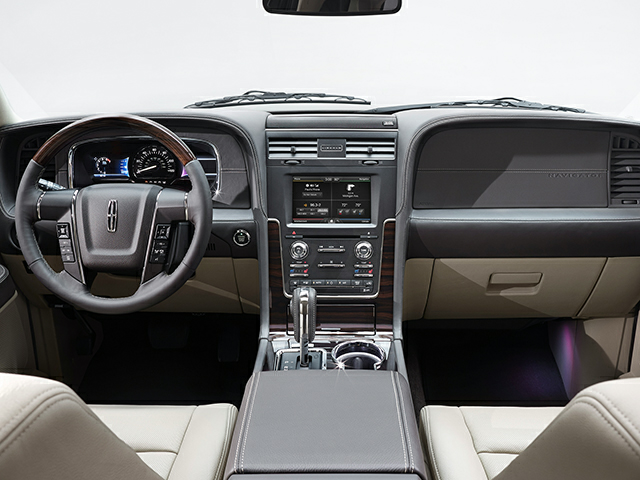 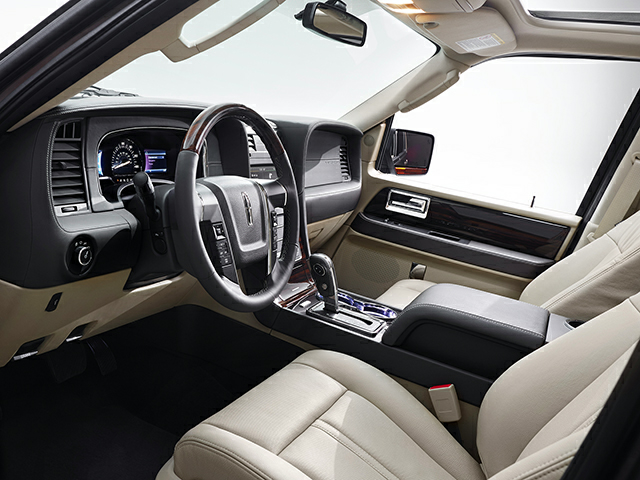 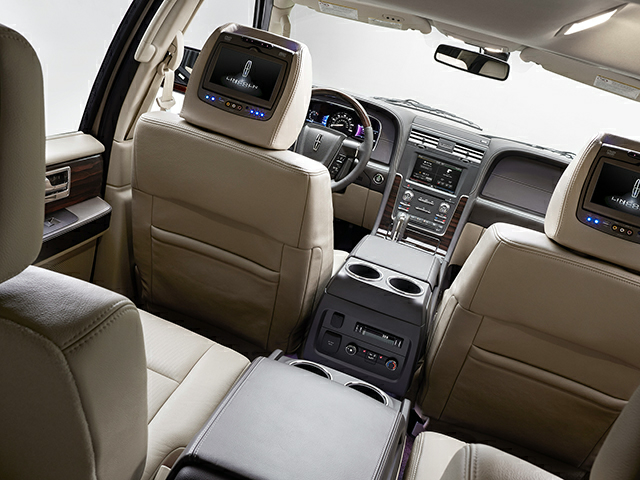 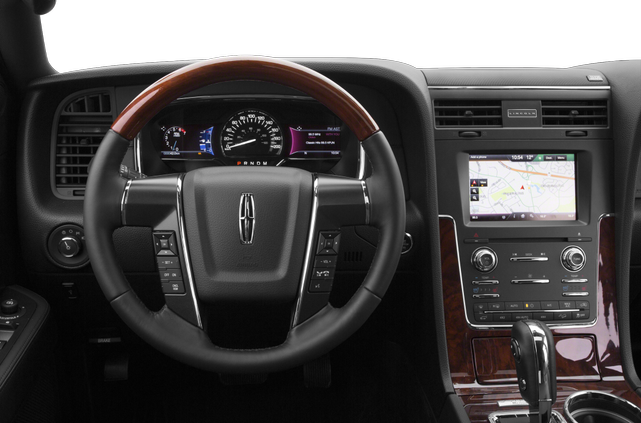 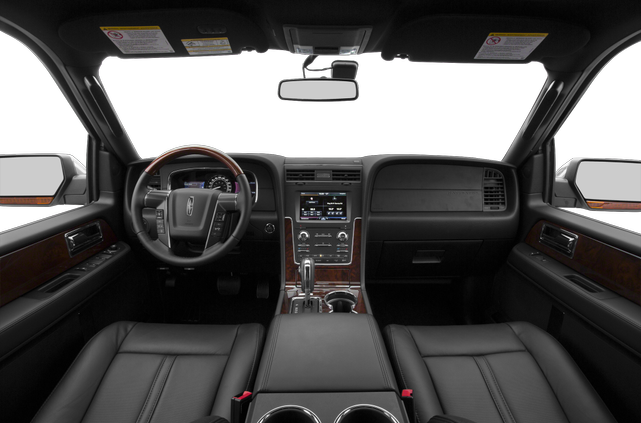 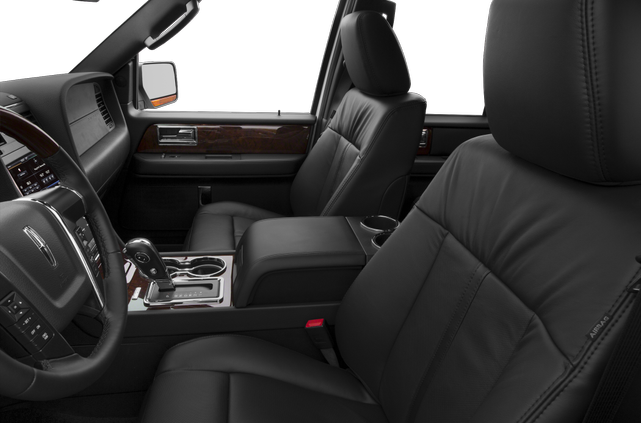 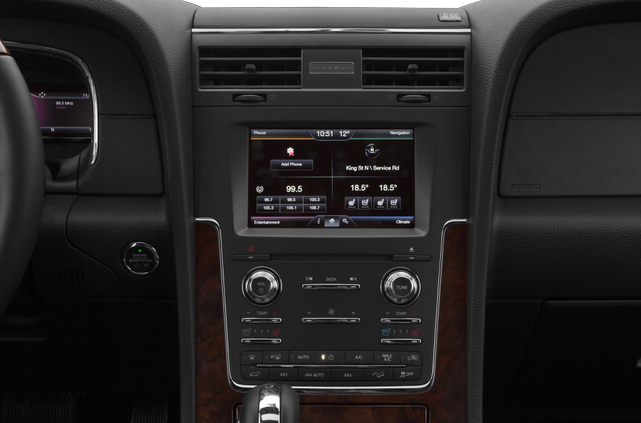 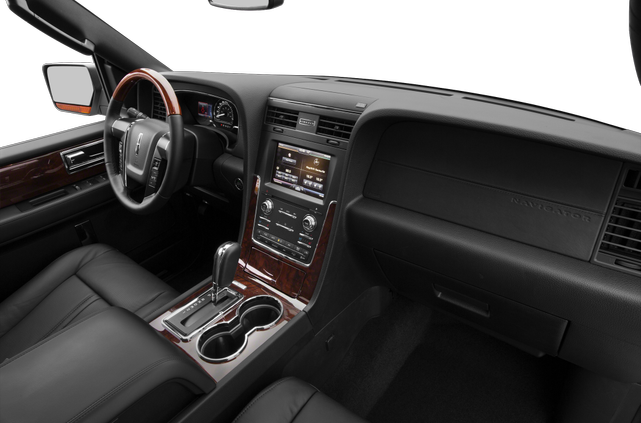 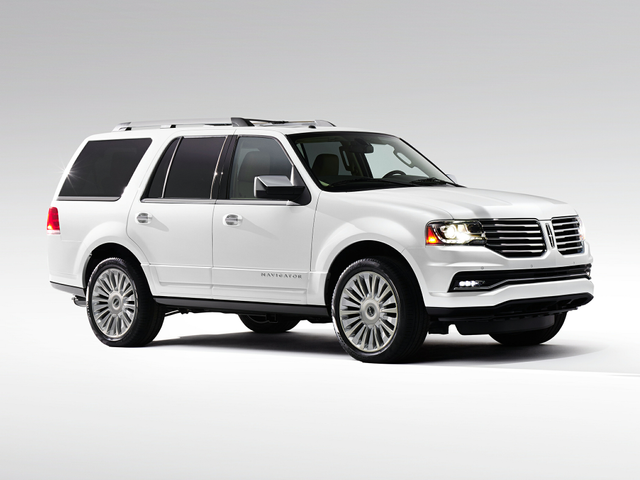 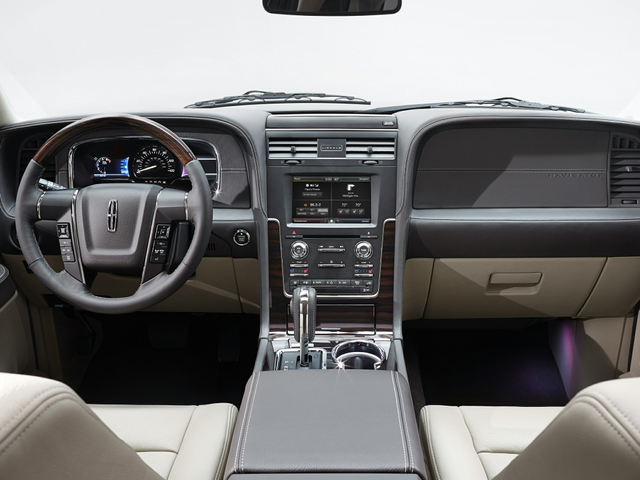 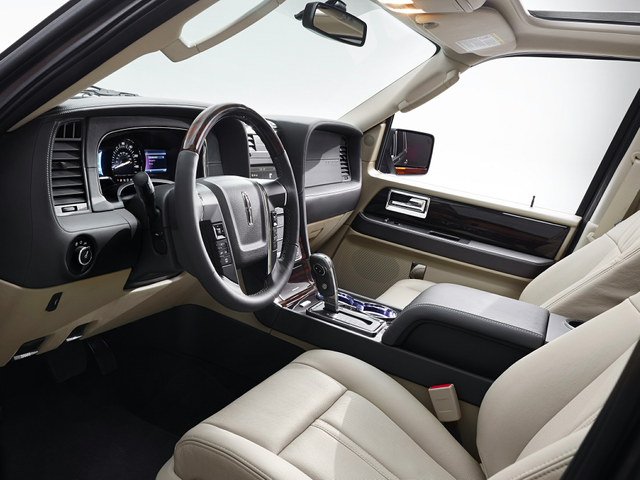 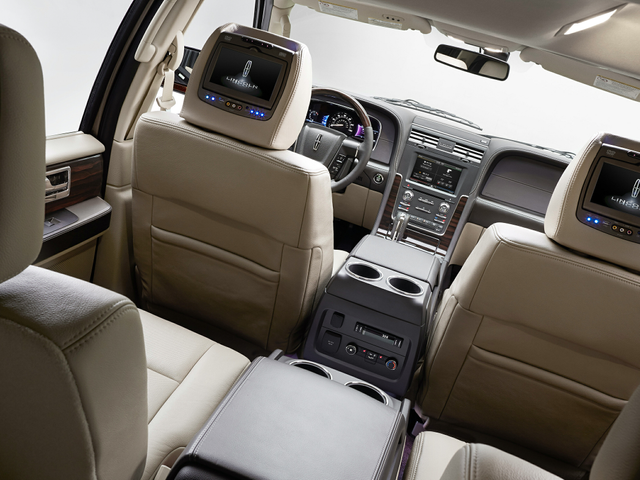