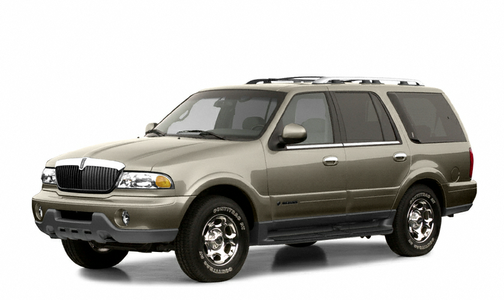 Our 2002 Lincoln Navigator trim comparison will help you decide.

Five years ago, I thought it was a stupid idea.

Today, I still don’t understand it.

Call me wrong and call me baffled.

We’re talking Mercedes-Benz, Cadillac, Lincoln – at prices starting around $50,000 and doubling or more as you climb the luxury SUV ladder.

I see them everywhere. I have read that any parking lot that secures the vehicles of professional athletes is chockablock with them. I have just driven one of the latest.

I still don’t understand it.

Not that there is anything inherently wrong with the 2002 Lincoln Navigator from which I just climbed down.

Luxurious, powerful, roomy, it is all that.

Yet consider its lineage, not unlike that of other huge SUVs: the Ford F-Body pickup truck begat the Ford Expedition, begat the Navigator. Meanwhile General Motors was doing some begatting of its own with the truck-based Yukon Denali becoming a Cadillac Escalade. And both the Navigator and the Escalade were only stops amidst all this begatting as the Navigator gave us the Lincoln Blackwood and the Escalade produced the Escalade EXT, both luxurious pickups for hauling mink and diamonds around the back 40,000 on the Texas ranch.

So here we are with the 2002 Lincoln Navigator, knowing that it sits in the midst of a remake for the 2003 model year.

For all its luxury, power, and elegance, it’s still very much a truck, its suspension lagging behind the times, its lack of traction and stability control systems a noticeable omission. Not that both of these faults won’t be addressed for 2003.

It is distinctly Lincoln and distinctly elegant on the outside, with a slick wraparound bumper pierced by fog lamps and a sculpted hood that appears to be devouring the headlights. Integrated running boards, lit at night, and rounded body and roof convey power and sleekness at the same time, quite a feat in a hulk of a vehicle.

The four-speed automatic transmission is so smooth as to be nearly unnoticeable as it shifts up and down in keeping nearly three tons of vehicle moving smoothly.

On the road, the body roll that is being weaned out of high-riding, top-heavy SUVs remains noticeable. Front and rear suspension includes control arms and coil springs over shock absorbers. It’s too soft a setup for this vehicle and while that meant smooth, silent gliding down the highway at commuter speeds, lane changes had to be made with special care and on back roads, a pronounced slowing down was necessary on sharp corners.

Of course, careful lane changes and slow, sure cornering ought to be the order of the day in any SUV.

The Navigator comes in either 2- or 4-wheel-drive (as tested) and the 4-wheel options include automatic 4WD, which splits torque equally front to rear, 4 High, which locks front and rear drive shafts together, and 4 Low, which does the same and also reduces gearing for low-speed offroad driving.

Not many Navigators will ever do this last feat, yet I found it impressive one icy morning in the mountains of New Hampshire. Parked diagonally outside a ski house, with the driveway sloping sharply and coated with ice, I backed it out of its space, stopped, and then had to contend with a vehicle that started sliding sideways down the slope. I put it in low-range, into reverse, backed it into a snowbank, then crawled carefully out to get the front end headed downhill.

Inside, the Navigator has huge functional space. Broad leather bucket seats in the front run nearly flat to their edges (I’d prefer higher bolsters out there), and they feature multiple adjustments, a nice power lumbar adjustment, and climate controls f either heating them or air-conditioning through a hole in the seat bottom.

The dash features an easily accessible pod with easy to use controls (big knobs, big buttons) with audio up top and climate below. Only the fan control, a spinning wheel, was awkward and imprecise.

The middle row of seats was split 60-40 to allow for easy access to the rear, and the third row bench tipped up for storage, though it required the use of an awkward brace to keep it propped away.

Six people travel in absolute spaciousness, and eight can travel in fine comfort in the Navigator. Climate controls front and rear allow for individual tastes and ducts in the headliners above the second and third row seats add to this amenity.

With all the luxury that comes standard – wood, leather, auto-dimming rearview mirror – I found it a bit much that a navigation system that really wasn’t all that detailed would run an extra $1,995 and a power sunroof would add another $1,500. If you’re selling luxury and convenience, just build it in.

I’m looking forward to the 2003 model, whose suspension will be remade for better handling and will automatically lower the car when the key is turned off (easier egress), and whose running boards will be wider. An interesting option for those running boards will be a system that raises and folds away the boards while traveling and unfolds them when the car is turned off. It will also feature a fold-flat rear seat that disappears into the floor, eliminating that weird brace.

But perhaps of greatest importance – for safety and handling – is that the rear half-axles will be routed through the frame, lowering the center of gravity, as was done with the redesigned Ford Explorer.

The huge grab handles at each door. Great for pulling yourself up and into this rig.

I appreciate seat belt warning signals, but please, don’t set them off until the car goes into gear. On cold mornings it’s nice to start the car and let it idle to warm up, even as you might want to fiddle around inside the car, or make a cellphone call or two. Loud dinging in an idling auto is annoying.

I was lied to.

I was lied to. I had to spend over $4,000 and then end up abandoned it. Do not buy from Kenndi. They will do whatever they could to get you to buy the car!

September 22, 2017
By Elohim from Kansas City, Kansas
Owns this car

Very dependable, Great gas mallards on the highway and around town, all the bells and whistle as a luxury car should be lots of legroom great for kids on road trips.

Most luxurious truck I've ever driven

September 12, 2017
By KrystalD from Lagrange, NC
Owns this car

Bought this for going on long trips with my family and friends. Fit us perfectly, plenty of room and rear controls to keep everyone happy. Comfortable seating and drives like a dream. My favorite vehicle ever! 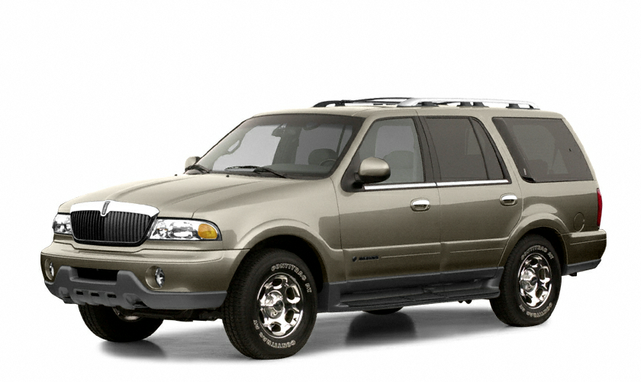 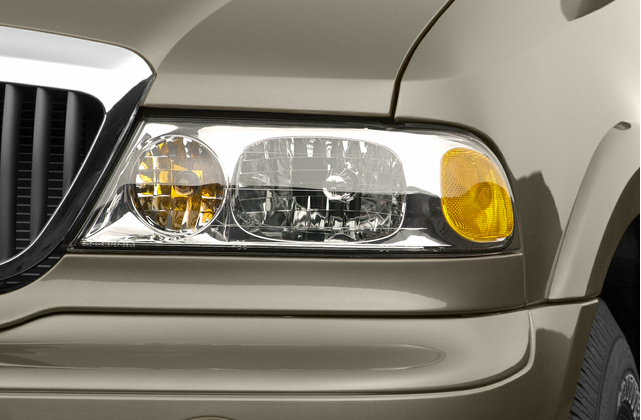 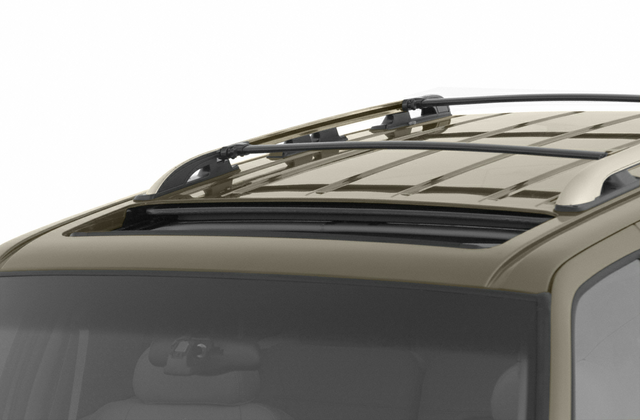 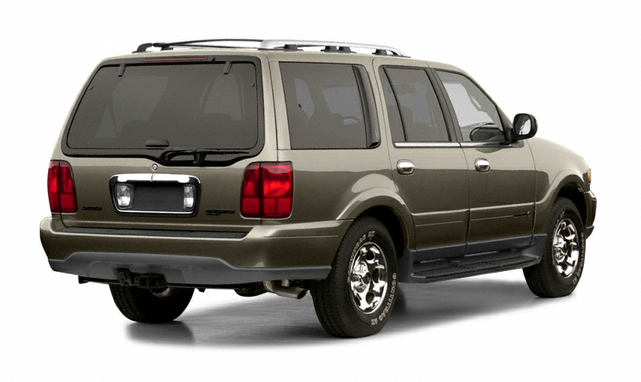 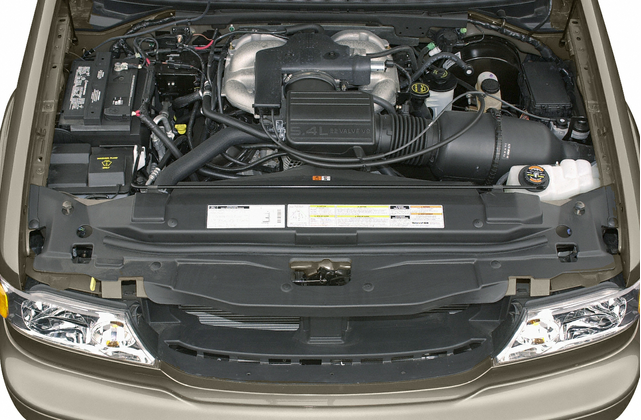 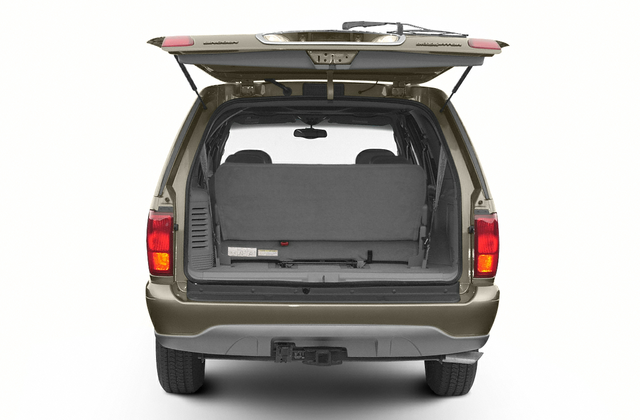 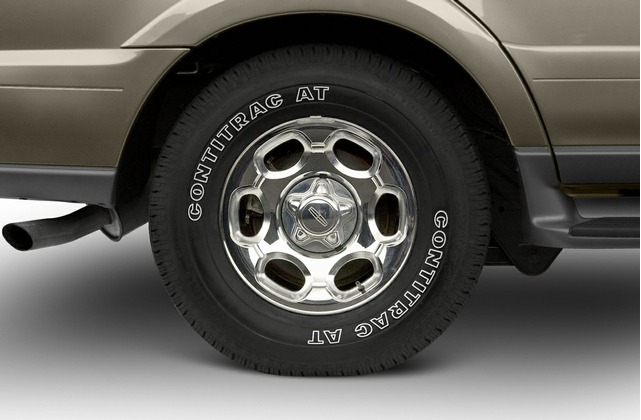 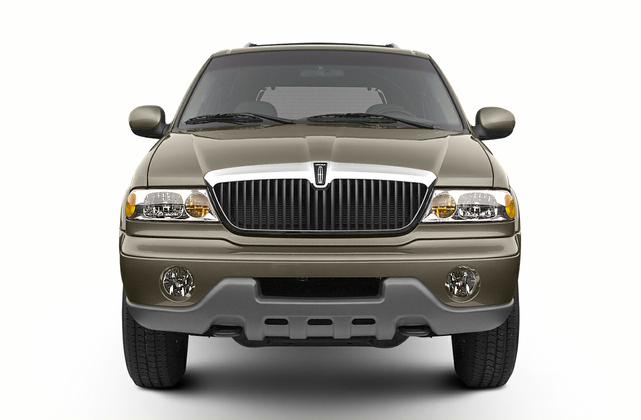 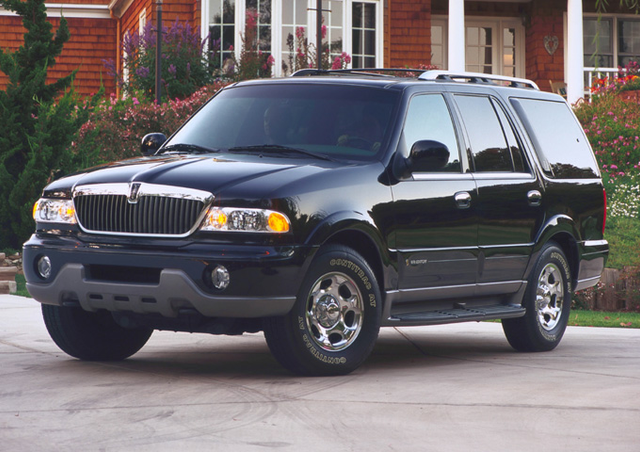 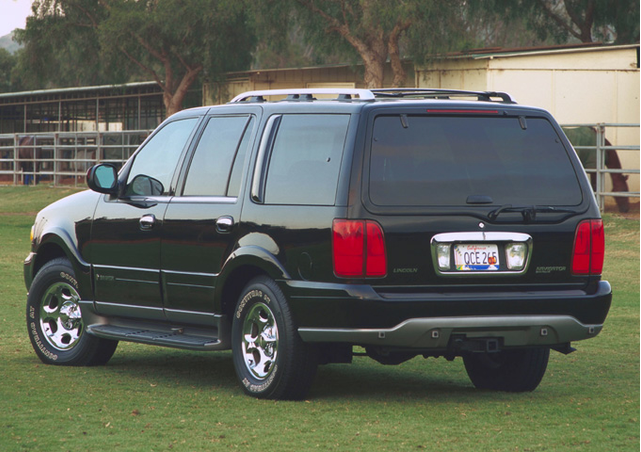 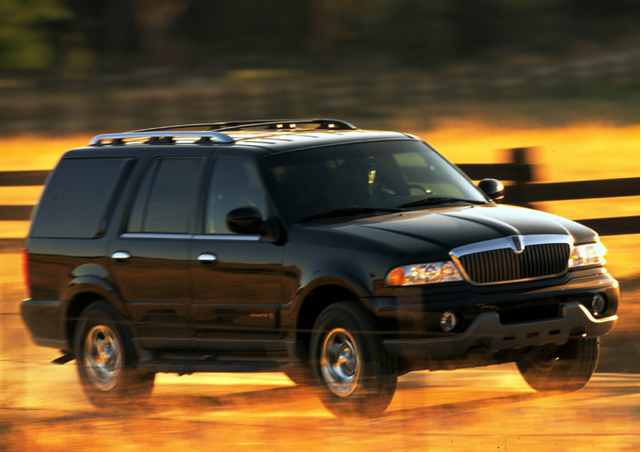 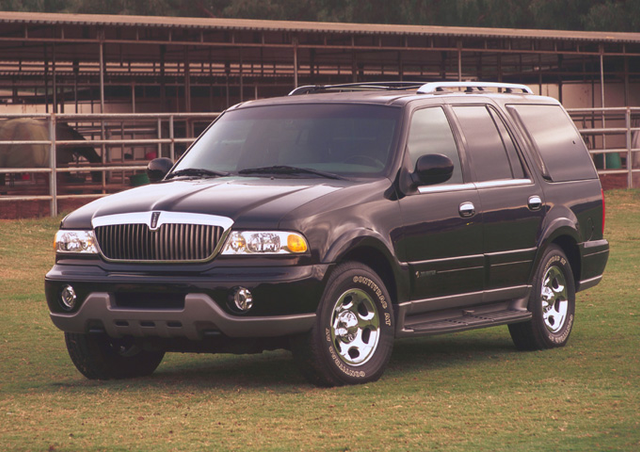 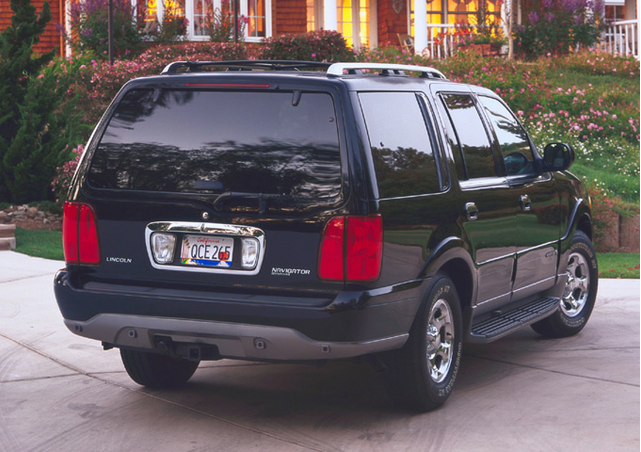 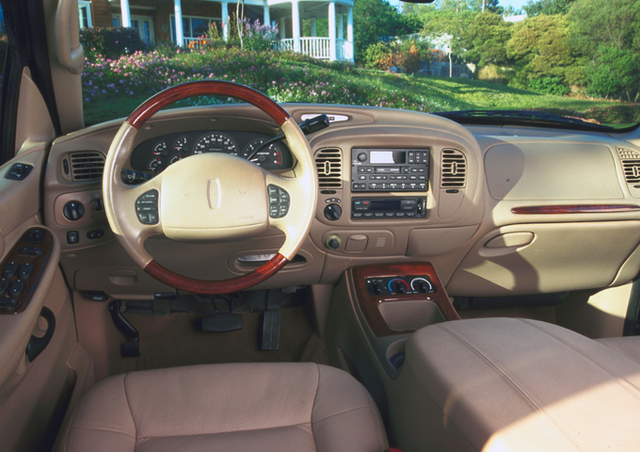 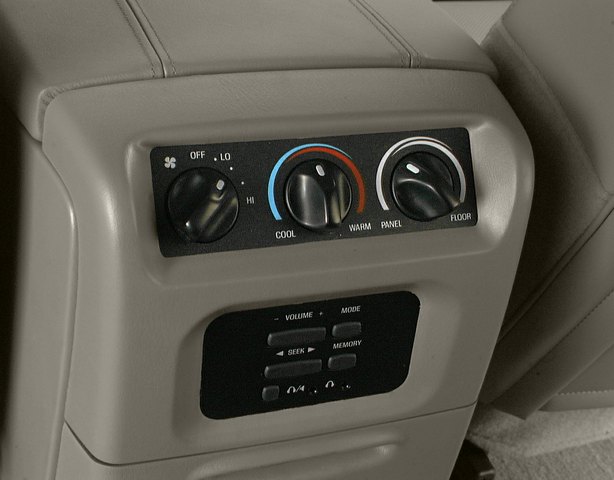 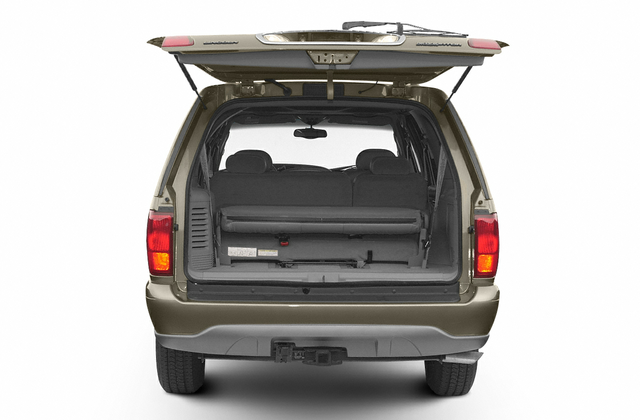 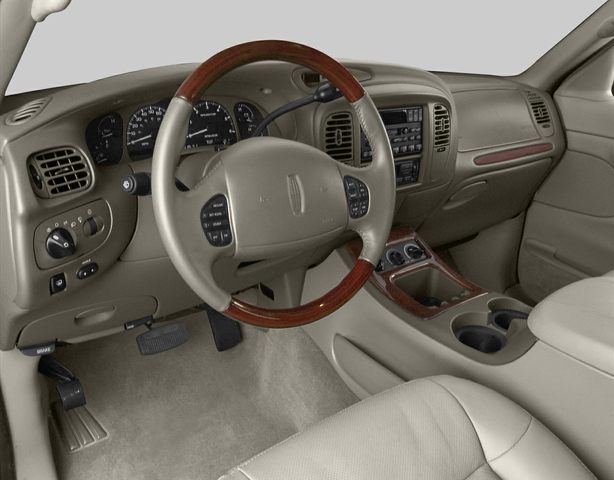 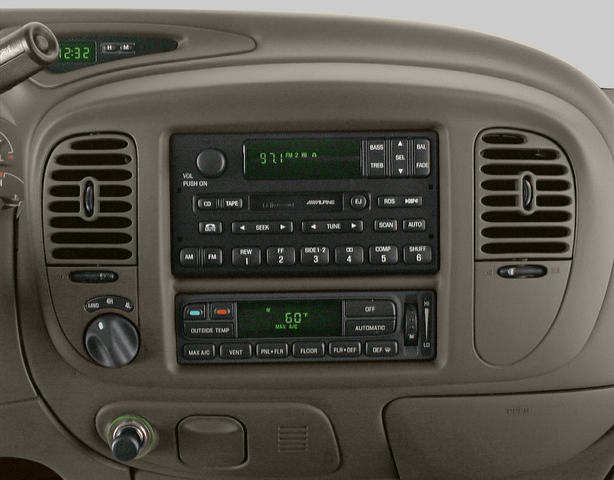 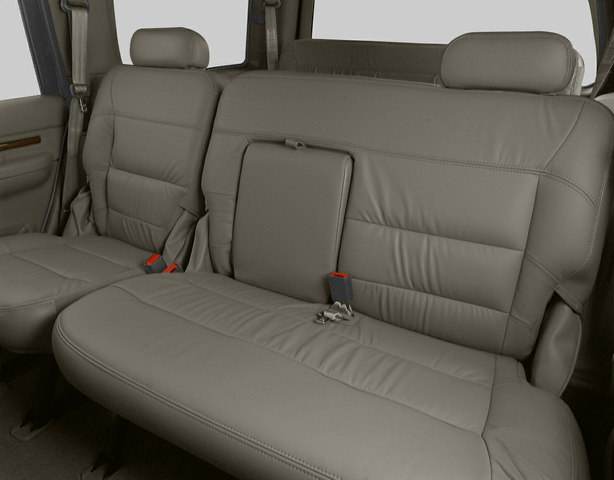 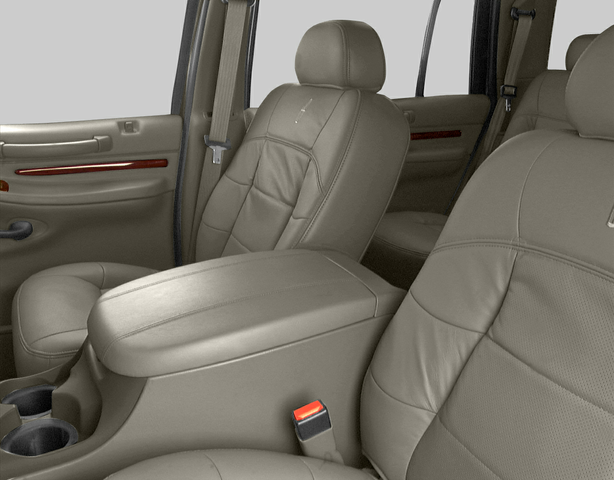 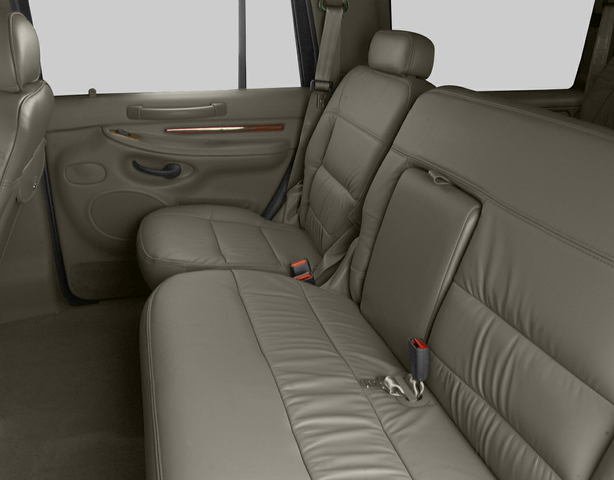