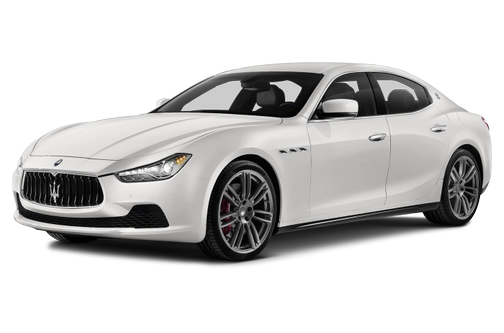 Our 2014 Maserati Ghibli trim comparison will help you decide.

A stylish alternative to established luxury sedans, the 2014 Maserati Ghibli relies on its brand cachet to try to make up for obvious parts-sharing and a lack of technology, and it’s only mildly successful in doing so.

It’s a historic name that comes with a special allure: Most Americans consider Maserati to be an exotic brand, a rare sight right up there with Ferrari or Lamborghini in terms of mystique. It’s not an undeserved reputation, as past Maseratis have been exotics — Italian sports cars and sedans with pasts as celebrated as those other Italian exotic brands. But the new Maserati, part of the Fiat Chrysler Automobiles brand pantheon, wants to capture some sales volume while maintaining that eye-widening awe that still invariably appears whenever you tell someone you’re driving a Maserati.

That’s where this car comes in: the new-for-2014 Ghibli (pronounced “GEE-blee,” with a hard “g” like “giddy”), a midsize luxury sport sedan based on a Chrysler-sourced, rear-wheel-drive platform. It’s meant to slot below the larger, more expensive Maserati Quattroporte sedan and compete with the BMW 5 Series, Mercedes-Benz E-Class, Audi A6 and Infiniti Q70. But is there room in this competitive, brand-status-driven segment for a newcomer that has only its reputation to trade on?

Exterior & Styling
In the past, Maserati styling has been all over the map, from the swoopy designs of the 1950s and ’60s to the straightedged, boxy shapes that epitomized the 1980s. Today’s models are curvaceous and distinctive, and the Ghibli furthers that styling theme. A gaping front maw looks aggressive and low, rising sharply to stretch over the front alloy wheels with some curvaceous fenders that go on to form fat rear haunches.

The taillight design isn’t very inspired, but the Maserati Ghibli’s overall shape is considerably more distinctive than competitors like the 5 Series or E-Class, and it bears more than a passing resemblance to the latest Infiniti Q70. It doesn’t hurt that there are trident badges as big as my hand on the C-pillars and grille, plus some lovely Maserati script across the trunk lid. It looks good without being too garish, and it provides an interesting alternative to the German functionality and Japanese blandness that defines the segment.

How It Drives
Under the shapely hood is a twin-turbocharged, 3.0-liter V6, good for 345 horsepower and 369 pounds-feet of torque in the base Ghibli, with 404 hp and 406 pounds-feet in the Ghibli S. That power goes through either just the rear wheels, or all four with the optional all-wheel-drive system, using a ZF eight-speed transmission like the ones found in Chrysler’s large rear-wheel-drive cars.

My test car was a Ghibli S Q4, meaning it had the more powerful engine and all-wheel drive, enabling the big sedan to zip from zero to 60 mph in a hair less than 5 seconds. That’s a lot of grunt from such a small motor — equivalent to competitors’ V-8 engines — but the turbos spool up quickly to provide a lot of usable torque at lower revs, meaning responsiveness and thrust are immediate and considerable. It’s accompanied by a soundtrack that is pure Italian; engage Sport mode, and butterfly valves open in the exhaust both to create better flow and to let those 404 cavalli be heard. Handling is acceptable, but the car feels heavy when changing direction. The steering feel isn’t very communicative, but it doesn’t require overly taxing effort from the driver, either. The Ghibli feels more luxurious than athletic when it comes to handling, with the emphasis on being a grand touring car rather than a sport sedan. It feels about on par with the Mercedes-Benz E550, while the 5 Series feels marginally sharper. The Maserati Ghibli’s brakes are touchy but firm: Coming to a halt in a parking lot or stop-and-go traffic will frequently mean a jerky stop, until you get used to the pedal feel. Ride quality is very good, with most surface irregularities nicely damped, allowing the passengers’ peace to remain undisturbed. Fuel economy is not great. The Ghibli S is rated 15/25/18 mpg city/highway/combined, with my week of spirited driving netting about 17 mpg on average. That’s a little worse than the V-8-powered BMW 550i xDrive, at 16/24/19 mpg, and the E550 4Matic, at 18/24/21 mpg, both equipped with all-wheel drive. The V6 versions of both German competitors are cheaper but considerably less powerful than the Ghibli S Q4, but both also offer a diesel engine, which is not available in the Ghibli in North America.

Interior
The seating position and layout will be familiar to anyone who’s been in a Chrysler 300 recently. Up front, it’s roomy and comfortable, with big bolstered leather seats covered in high-quality leather. Most of my test car’s interior was covered in that optional premium leather, a deep blood red in my test car, along with optional carbon fiber and aluminum trim. An oval, Maserati-logo analog clock sits high on the dash, but the whole interior doesn’t feel as premium in the carbon-and-leather motif as one would expect for this much money. It’s also not as stylish as one would expect from an Italian brand, with rather ordinary looking shapes and forms.

Headroom is surprisingly plentiful front and rear. The front seats are big — almost too big; they cut into backseat legroom more than expected. Visibility is good except to the rear, where a small rear window and thick C-pillars obscure things behind you. Such is the price one pays for style.The Maserati Ghibli is a little louder at highway speeds than competing vehicles, which swath you in comfort and quiet, but it suits the more raucous nature of the Ghibli to let in a little more engine noise. In Sport mode, rapid acceleration is punctuated by a barking rasp on upshifts — not enough to disturb but enough to be noticeable.

Ergonomics & Electronics
The driving experience is pleasant and road manners are acceptable, but the interior electronics are not. This is where the parts-sharing between Chrysler-brand vehicles and Maserati starts to show, and rather appallingly. Switches for windows and turn signals can be overlooked; such things function the same regardless of what brand of car they’re in. And one feature that made the jump from Chrysler to Maserati is a plus: a rarity you can’t find in almost any other European luxury car — remote start. Two other areas, however, carry over from Chrysler in unfortunate ways: the gear selector and the multimedia system.

The Maserati Ghibli uses the same T-handle shifter found in Chrysler’s full-size eight-speed sedans, and while the transmission itself is wonderful, the console shifter is awful. Four times out of five, you will not select the gear you want when shifting out of Park. Trying to find Reverse, Drive, Neutral? Doesn’t matter; changing gears will take you at least two attempts. Thankfully, Chrysler is ditching this style in favor of a gated-type shifter for 2015; hopefully it will carry over to Maserati, as well.

Multimedia systems should not be the same between brands, especially non-premium and premium ones, yet the exact same Chrysler Uconnect multimedia system that’s available in a $22,000 Dodge Dart is carried over virtually unchanged in the $90,000 Maserati, right down to the icons and font styles. At least Lincoln tries to differentiate its MyLincoln Touch system from the MyFord Touch system with some new fonts and graphics, and the multimedia system in a Rolls-Royce Wraith may be BMW’s iDrive, but it looks completely different. Not so here in the Ghibli. Despite the system working quite well in both the Dart and the Ghibli, it feels like a half-baked solution that needed more time in development.

Cargo & Storage
Though smaller than the four-door Quattroporte, he Maserati Ghibli is still a large car, so trunk space is plentiful. You get 17.7 cubic feet of cargo space, which is considerably more than in the BMW 550i (14 cubic feet), Mercedes-Benz E550 (15.9 cubic feet) or Infiniti Q70 (14.9 cubic feet). What the Maserati Ghibli lacks in backseat legroom it makes up for in trunk capacity. Fold down the rear seats to expand that capacity for longer or bulkier items.

Safety
The National Highway Traffic Safety Administration has not yet crash-tested the Maserati Ghibli, but the Insurance Institute for Highway Safety has, rating the car “good” in all its various tests. See the results for yourself here. Front and rear parking sensors and rain-sensing windshield wipers are part of a Premium Package, but the Ghibli offers little in the way of advanced electronic safety systems, with things like adaptive cruise control, blind spot warning, advanced collision detection and lane departure warning simply not available. See a full list of safety equipment here.

Value in Its Class
With a starting price of $67,850, including destination, the base Maserati Ghibli is more expensive than its V6-powered rivals. That price jumps to $77,850 for a more powerful (but still V6) Ghibli S Q4 all-wheel-drive model, which is more expensive than its rivals’ V-8 models. My test car stickered at a full $95,400, including a host of leather, carbon fiber, wheel and cosmetic packages that tacked on a considerable premium without adding much in the way of technology. Maserati Touch Control (aka Chrysler Uconnect) is standard, but a premium audio system is not.

Competitors simply cost considerably less, starting with a $67,150 BMW 550i xDrive that features a more powerful 445-hp V-8. Even loading up a 550i brings it in roughly $5,000-$10,000 less than the Maserati Ghibli, and still features far more technology and safety systems to boot. The Mercedes-Benz E550 is the same way, starting at $62,325 and featuring standard all-wheel drive, but with a V-8 that’s only just as powerful as the turbocharged Maserati V-6 and with one fewer gear in its transmission. Load one up, and you’re nearly $13,000 less than a loaded Ghibli and again getting far more electronic technology, safety equipment and on-board entertainment systems. Finally, an alternative that resembles the Ghibli’s styling is the Infiniti Q70, which offers sporty handling, a more powerful V-8 engine and all-wheel drive for $65,505. Load one up with all the options, and you come in $20,000 less than a comparable Ghibli. Compare the Ghibli with its competition here.

The Maserati Ghibli provides an interesting alternative for the affluent car buyer who wants something different from the neighbors’ BMW, Mercedes, Lexus, or Infiniti mainstays. It has the looks to turn heads, but its performance and technology just aren’t competitive. Its success will have to rely almost entirely on its considerable exotic-brand cachet.

April 11, 2021
By AndyArshadMaserati from San Antonio, TX
Owns this car

Of course the ex wife and others said omg you got a headache of troubles by buying a Maserati! I ignored all. I have the 2014 SQ4 is incredible and the Sport mode is incredible. But a bit too dangerous for me because I always floor it!! Amazing and BEAUTIFUL car!

Best car I've owned and have had 0 problems in the 4 yrs of owning it, except speeding lol. The car drives very well and everything works no dents or scratches. I'm only 2nd owner also.

Rating breakdown (out of 5):
8 people out of 9 found this review helpful. Did you?
Show full review
4.0

Beautiful Car but maintenance is too expensive

This car is very eye catching rare with beautiful style. The maintenance is quite expensive. The car performed excellently especially on the highway. I wouldn’t recommend it as a daily driver

Rating breakdown (out of 5):
9 people out of 11 found this review helpful. Did you?
Show full review
See all 25 consumer reviews

All model years for the Maserati Ghibli 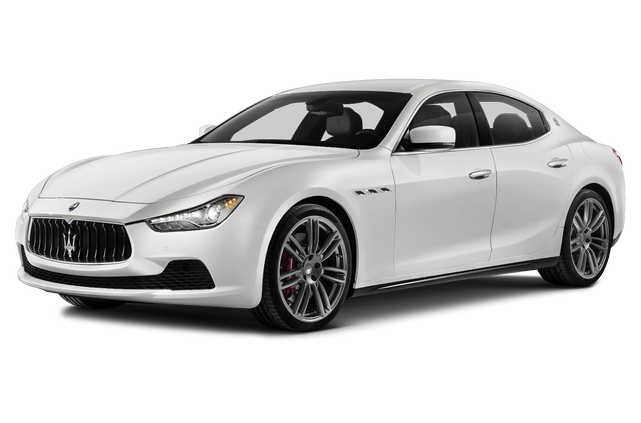 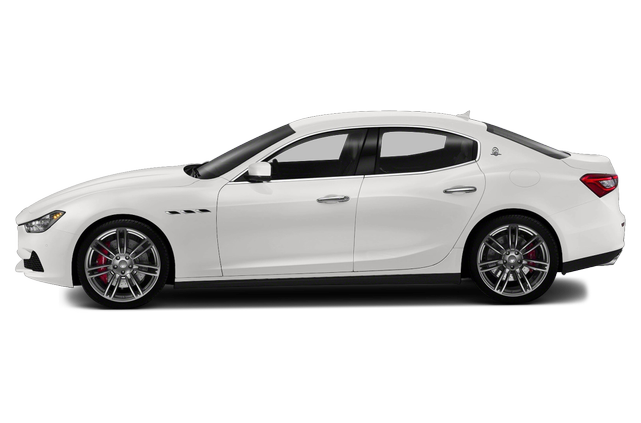 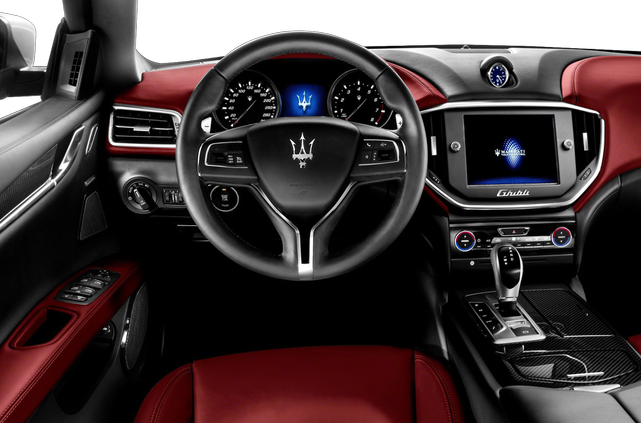 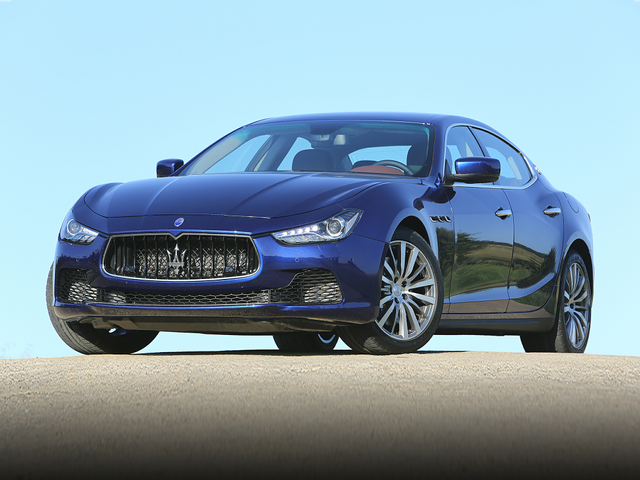 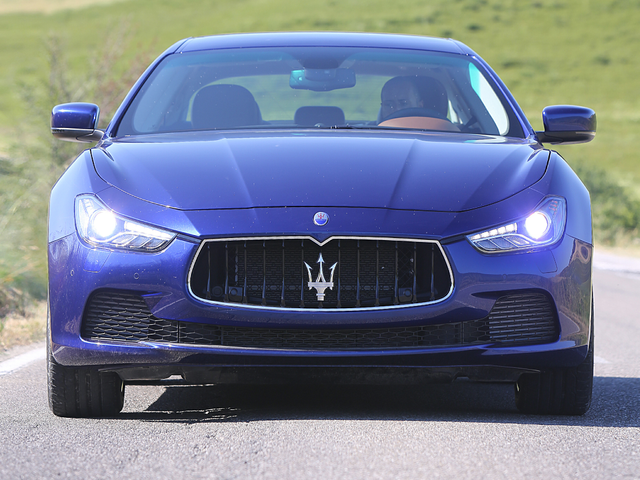 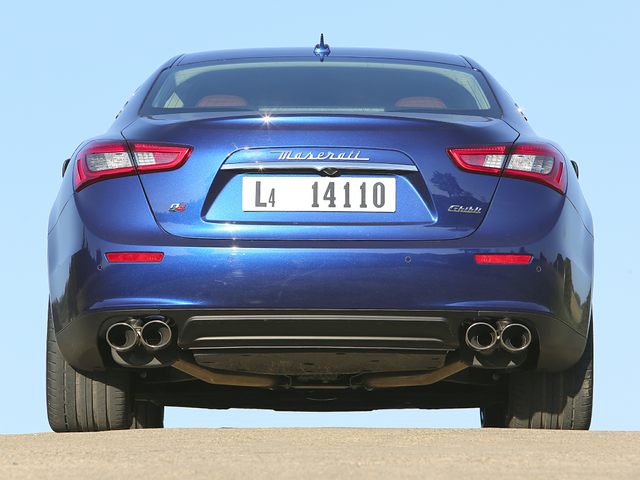 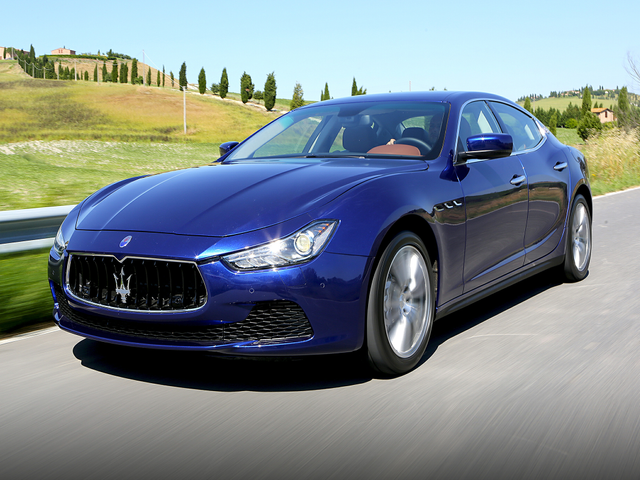 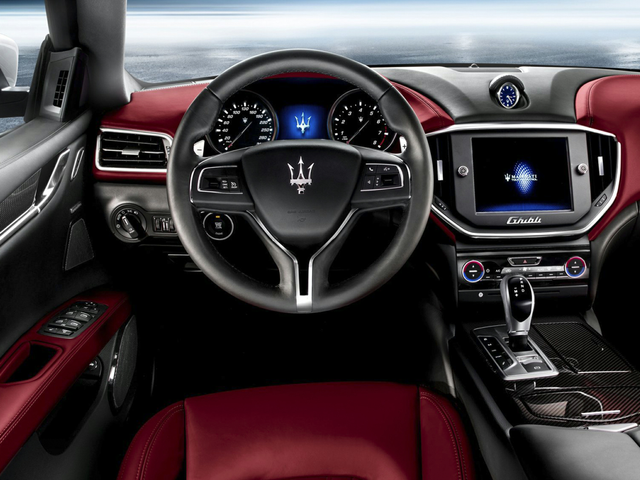