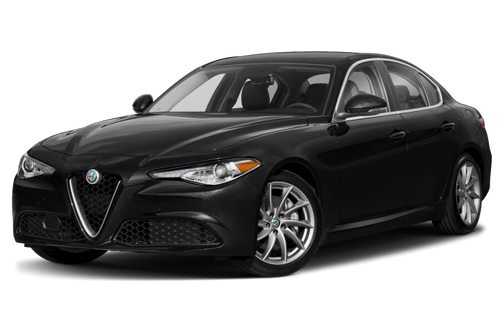 Our 2017 Alfa Romeo Giulia trim comparison will help you decide.

Alfa Romeo’s U.S. revival continues with its second car, the Giulia. A BMW 3 Series-fighting sedan, the Guilia first appeared in high-performance Quadrifoglio guise last June, but Alfa revealed many more details about the car at the 2015 Los Angeles Auto Show. The Giulia goes on sale in early 2016. Alfa Romeo is a Fiat Chrysler Automobiles brand, so the Giulia, like the 4C sports car, will be sold at Alfa dealerships mostly alongside other FCA brands.

Quadrifoglio is Alfa’s high-performance division, much like BMW’s M or Mercedes’ AMG; its insignia is a green four-leaf clover on the Giulia’s front fenders.

Built in Italy, the Giulia begins production for North America in spring 2016, which means cars will likely hit dealerships sometime in the summer. The Quadrifoglio model will be first among them with a starting price “around $70,000,” FCA says. That’s in the neighborhood of the BMW M3 and Mercedes-AMG C63.

Note that much of the equipment below relates to the Giulia Quadrifoglio. FCA has yet to provide equipment or specifications for lower trim levels, but it says a full lineup of Giulia sedans will follow, with available all-wheel drive and a turbocharged four-cylinder.
ExteriorBuilt off a new rear-drive platform, the Giulia is about the same size as a 3 Series or C-Class. Alfa’s signature “Trilobo” face includes the brand’s familiar triangle grille flanked by gaping horizontal openings. The Quadrifoglio’s unique lower bodywork includes functional air intakes up front, side sills with carbon fiber inserts and quad tailpipes in back. Above them, we see a lot of Acura in the deck lid and taillights, which evokes a TLX or ILX.

The xenon headlights employ LED daytime running lights. FCA says the Quadrifoglio’s fenders, doors and chassis components are aluminum, while the driveshaft, hood, roof, rear spoiler and front splitter are carbon fiber. The splitter itself is power adjustable for varying levels of down-force. The weight savings bring curb weight to around 3,500 pounds for the Quadrifoglio, which is about as much as an M3 but more than 400 pounds less than a C63.

Nineteen-inch wheels wear Pirelli high-performance summer tires on the Giulia Quadrifoglio. Among the wheel choices are Alfa Romeo’s traditional five-hole design.
InteriorInside, the Giulia’s dashboard tucks an 8.8-inch center display under a descending sweep toward the passenger side. It’s a lush design that suits a luxury car — and appears to carry little from FCA’s parts bin.
The Quadrifoglio’s cockpit wraps the armrests, dashboard, doors and center tunnel in leather. The seats themselves have power adjusters, heaters and leather-and-Alcantara upholstery. Racetrack enthusiasts can opt for manual Sparco racing chairs that FCA claims are the lightest seats in the segment.

Twin analog gauges flank a 7-inch center display. The central dash display shows, among other things, various performance statistics. You can control it through a finger pad near the center console. HD radio, Bluetooth phone and audio streaming, a navigation system, SiriusXM radio and two USB outlets are standard on the Quadrifoglio. Harman Kardon premium audio is optional.
Under the HoodBase Giulia models will get a turbocharged 2.0-liter four-cylinder that makes 276 horsepower, with rear- or all-wheel drive. FCA says an automatic transmission will be available, though it won’t give more specifics. At the other end is the stick-shift Giulia Quadrifoglio, which has a Ferrari-derived, 505-hp, turbocharged 2.9-liter V-6; it blows past 60 mph in just 3.8 seconds, FCA says. That’s in line with a BMW M3 and Mercedes-AMG C63 S (both 3.9 seconds, according to their respective automakers).

FCA has yet to announce any engines between the turbocharged 2.0-liter and the 2.9-liter engines. The latter makes 443 pounds-feet of torque from 2,500 to 5,500 rpm, sending it to the rear wheels through a six-speed manual transmission and proactive (not brake-based) torque-vectoring differential.
Brembo makes both the Quadrifoglio’s standard cast-iron disc brakes (14.2/13.8 inches, front/rear) and optional carbon ceramic discs (a hulking 15.4/14.2 inches, front/rear). Alfa claims a nearly 50/50 percent (front/rear) weight distribution and ultra-direct steering. A drive mode selector adjusts various driving settings, from the torque vectoring and stability control to the stiffness of the adaptive suspension.
SafetyFront and rear park assist, a backup camera and a blind spot warning system are standard on the Quadrifoglio. Lane departure warning, automatic high-beam headlights and forward collision warning with automatic braking are optional.

I have 2017 Giulia It need a part Still in shop for 1 month and now they told me I have to wait another Car is nice to drive but service is very bad Two month with out car , they didn’t give a loner or rental I wish I have American made car easy to get part

Rating breakdown (out of 5):
0 people out of 2 found this review helpful. Did you?
Show full review
4.1

Everything is great EXCEPT the wind noise. I’ve had a busted driver door seal replaced, no change. Had the door adjusted and Alfa techs said it was normal, again no change to me. So I guess if you can live with the door sounding like it’s slightly open all the time.

i WANTED TO TREAT MYSELF AFTER WANTING A CONVERTIABLE I THOUGHT BUT SAW THIS LOW MILEAGE ALFA ROMERO AND I WAS HOOKED. WHAT A BEAUTY JUST DO NOT LIKE A LITTLE IDLEING. PAULA P, WILLIAMS

Rating breakdown (out of 5):
9 people out of 11 found this review helpful. Did you?
Show full review
See all 98 consumer reviews

All model years for the Alfa Romeo Giulia 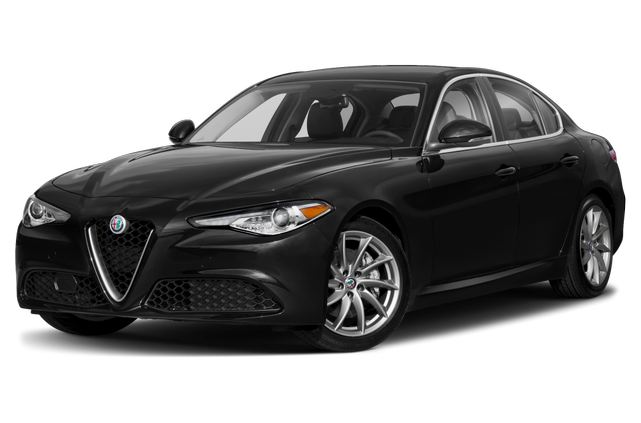 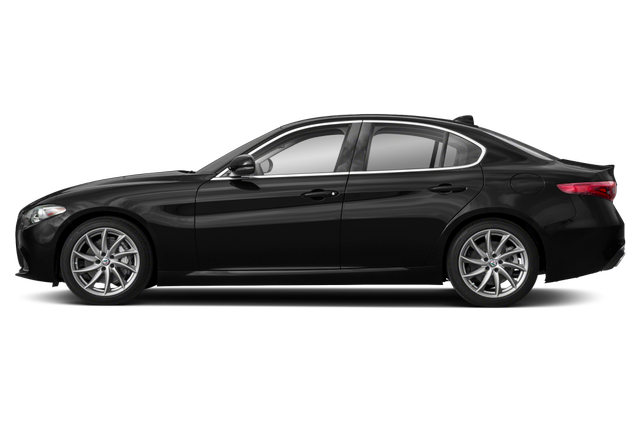 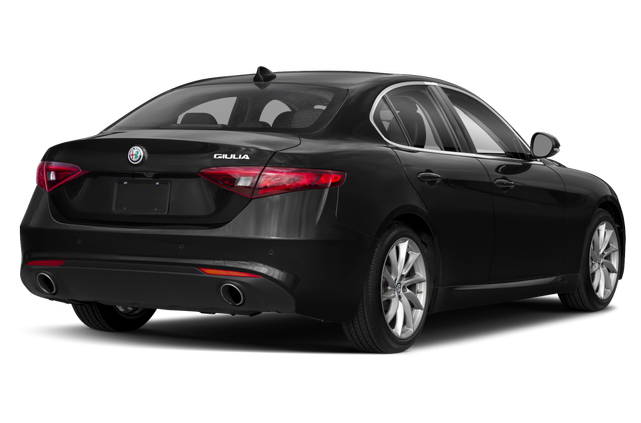 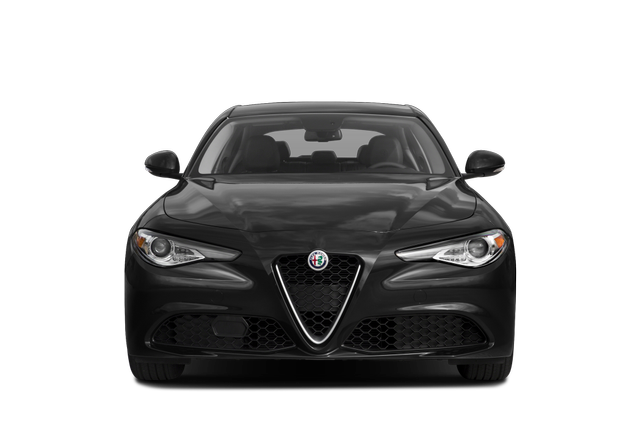 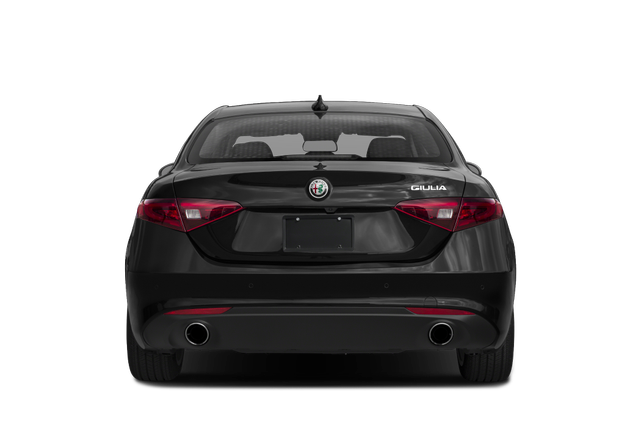 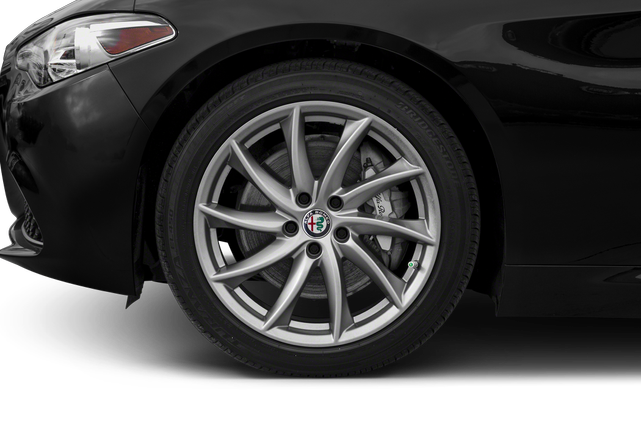 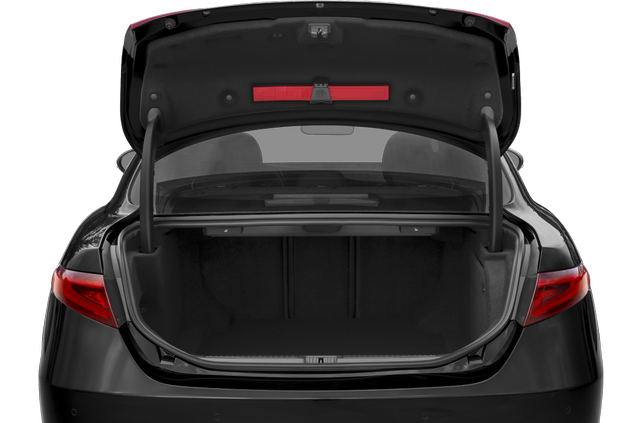 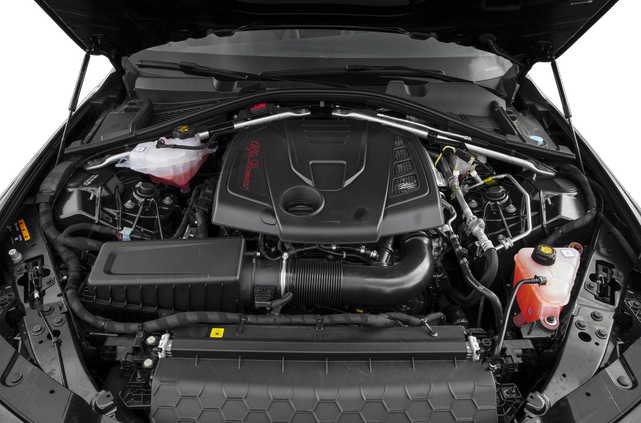 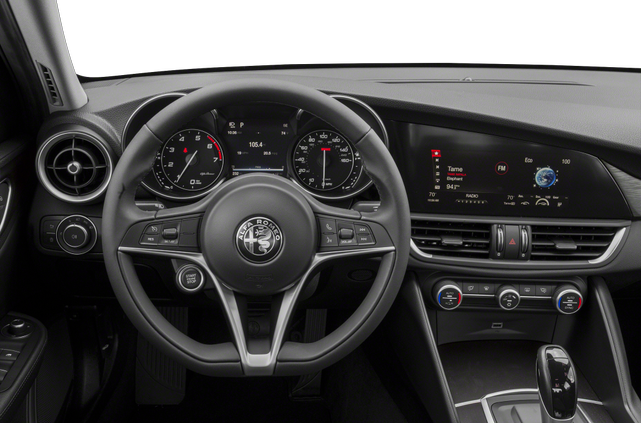 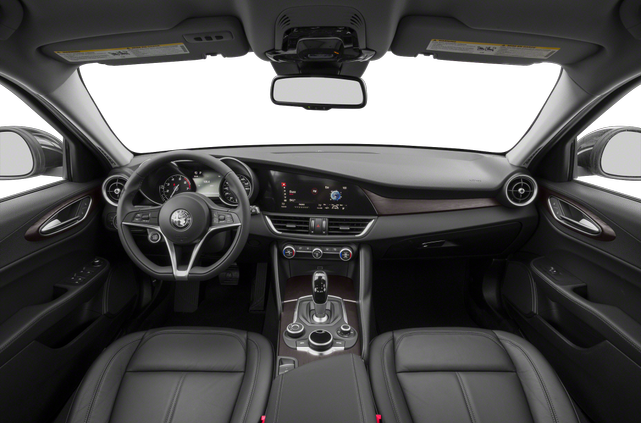 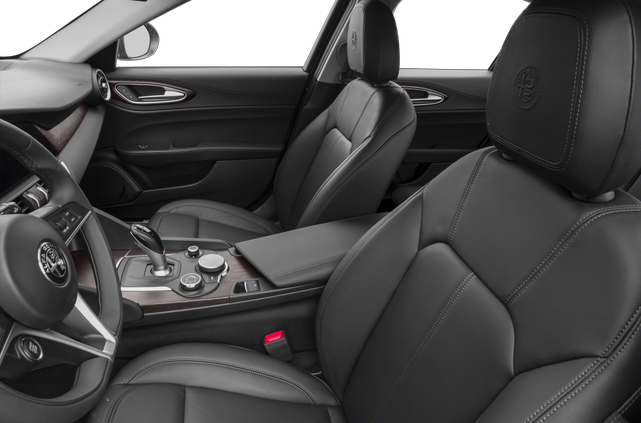 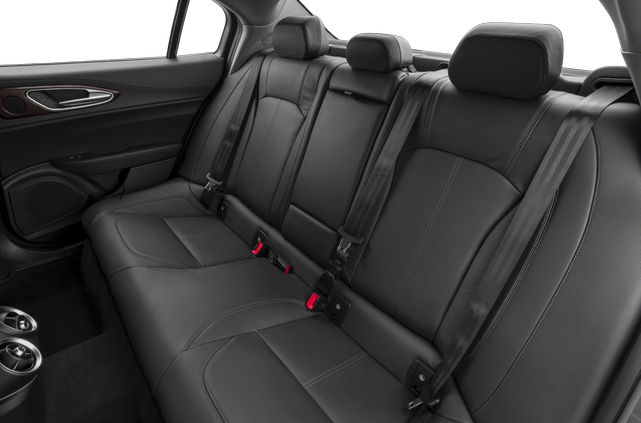 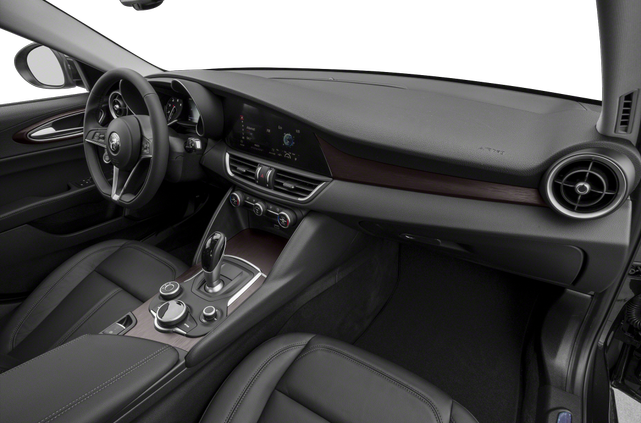 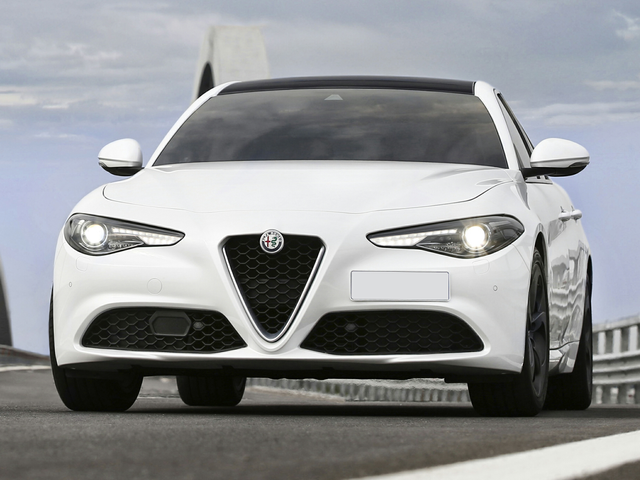 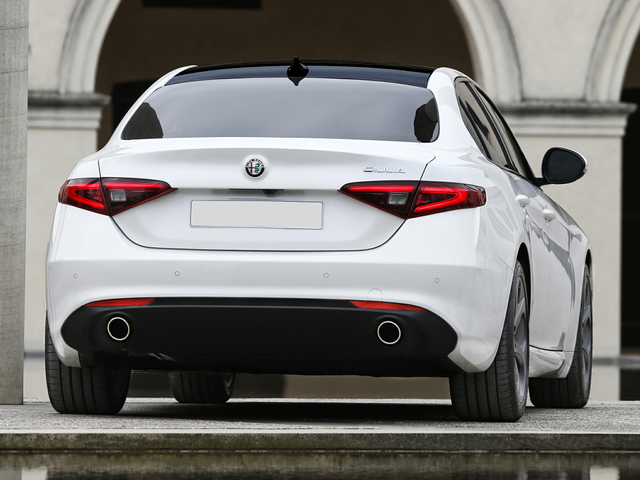 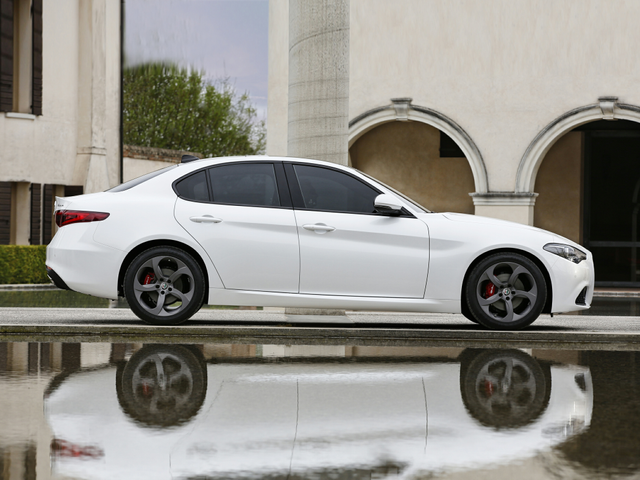 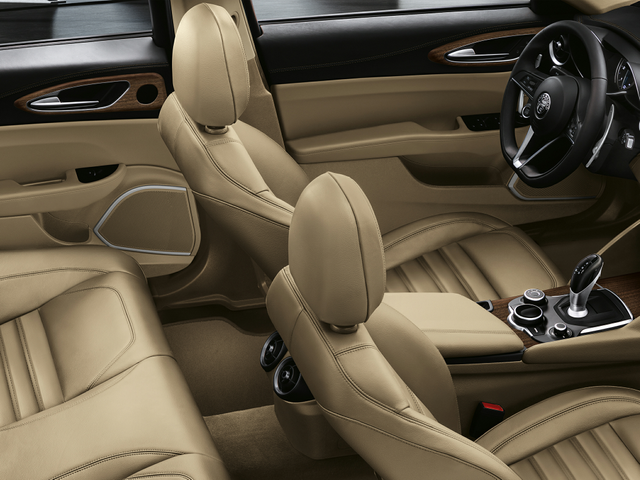