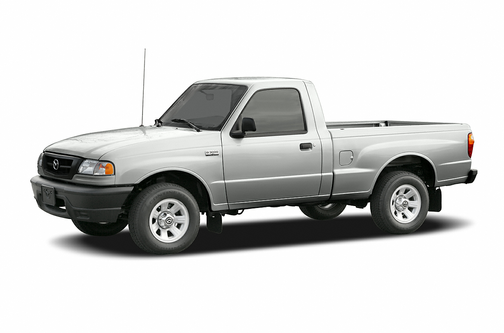 Vehicle Overview
Mazda simplified the lineup of its compact pickups in 2002 and began referring to them simply as the “Truck” rather than calling them B-Series, as the company had previously done. A 2.3-liter four-cylinder engine powers the B2300 series, while the B3000 and B4000 versions are equipped with 3.0-liter and 4.0-liter V-6 engines, respectively. All three Mazda models are closely related to equivalent Ford Rangers. For 2004, Mazda’s Cab Plus models get a monochromatic color scheme. Continue reading for information on the B2300.
(Skip to details on the: B3000 | B4000)

For the 2004 model year, Mazda’s B2300 pickups come in base trim with a regular cab and in an SE trim level with an extended Cab Plus configuration. Both have rear-wheel drive.

A sliding rear window is standard on all models. An SE-5 Package that includes styled steel wheels, a CD player, air conditioning, cloth seats and carpeted floormats is available for the B2300. A bed extender is optional. All four-wheel-drive models feature front hubs that can be locked automatically.

Ford, which holds a controlling interest in the Mazda company, builds the B2300, B3000 and B4000 compact pickups. For many years, the two companies have shared other products and components.

Exterior
Mazda’s B2300 pickups come in two sizes: as a regular cab and as a Cab Plus extended cab. Both have 6-foot cargo beds. The Ford Ranger comes in the same sizes, but it also is available as a regular-cab model with a 7-foot bed. The B2300’s front suspension consists of double wishbones with coil springs and a stabilizer bar, while semielliptic leaf springs are installed in the rear.

Styling differences between the Ranger and Mazda’s compact pickups center on the grille. The Mazda grille has horizontal bars instead of Ford’s eggcrate appearance. Regular-cab models ride a 111.6-inch wheelbase and measure 187.5 inches long overall; Cab Plus models have a 125.7-inch wheelbase and are 201.7-inches long overall. Two-wheel-drive models have 15-inch wheels, and 4×4 versions ride on 16-inch tires. Options include side step tubes and a soft tonneau cover.

Interior
All models have a roomy cab with a front, three-place bench seat. Cab Plus versions add a pair of vinyl, fold-down rear jump seats. Interior modifications for the 2004 model year include a new steering wheel, a redesigned center stack and upgraded door panel material.

The front seats have a fold-down armrest with an exposed cupholder, and storage pockets are installed on the front seatbacks and jack cover. Air conditioning and cruise control are optional on B2300 trucks.

Under the Hood
The engines in all three Mazda Trucks are the same as those used in Ford Rangers. In the B2300, a 143-horsepower, 2.3-liter four-cylinder engine teams with either a standard five-speed-manual transmission or an optional five-speed automatic.

B3000 Truck
In the B3000, a 154-hp, 3.0-liter V-6 engine teams with either a five-speed-manual transmission or an optional five-speed automatic. For the 2004 model year, Mazda’s B3000 pickups come in regular cab, Cab Plus and Cab Plus 4 (with rear-hinged doors) configurations and in Dual Sport and SE trims. Two-wheel-drive Dual Sport models impart the look of a four-wheel-drive truck and feature a raised suspension like the B-Series 4x4s, as well as a monochrome exterior and fender flares. Back to top

Each Cab Plus 4 edition features rear-hinged back doors that can’t be opened unless the front doors are open. Dual Sport models have raised suspensions to resemble the four-wheel-drive trucks. Cab Plus 4 models are 202.9 inches long overall with a 125.9-inch wheelbase. Two-wheel-drive pickups have 15-inch wheels, and 4×4 versions ride on 16-inch wheels. An Off-Road Package can be installed on the B4000 4×4 Cab Plus 4, which includes 31-inch tires on 15-inch teardrop alloy wheels, bucket seats with a full-length console, side step tubes and an MP3/CD stereo system. Back to top

A great little truck. Great on gas and can produce good power. I love this truck, I just cant put my kids in it with me. Very reliable and cheap to maintain

August 28, 2017
By Radiowaver21 from Missouri, Springfield
Owns this car

This vehicle is the greatest from the tailgate to the crank windows, the stereo is also amazing and not to bad mpg, basically it's a ford ranger in Mazda's clothes, but Mazda added its own personal touches and I will have this truck for a looong time

All model years for the Mazda B3000 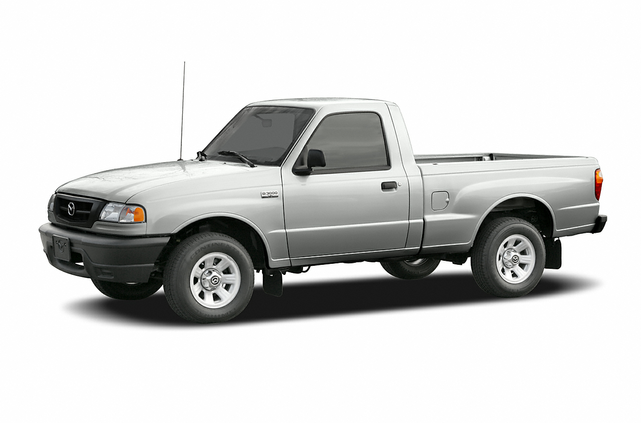 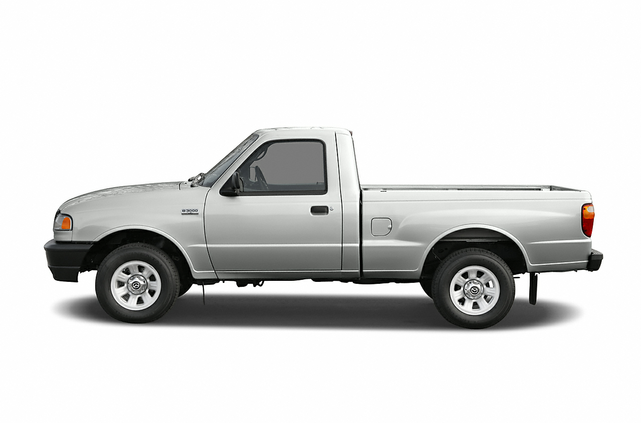 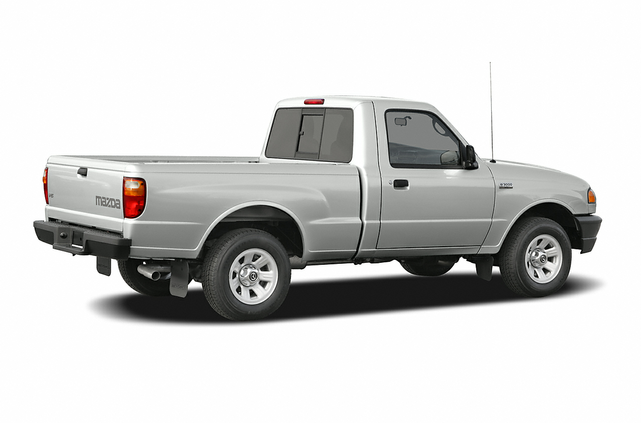 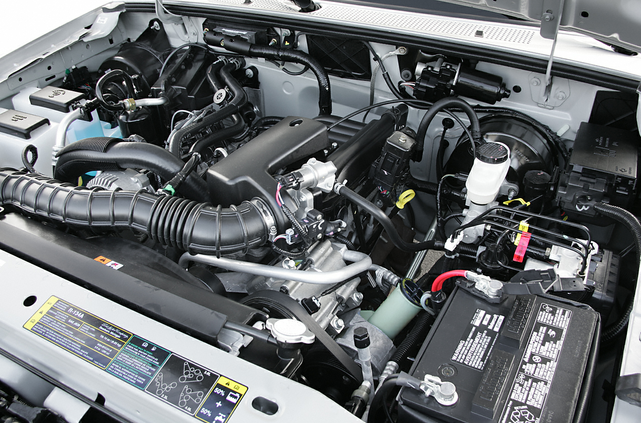 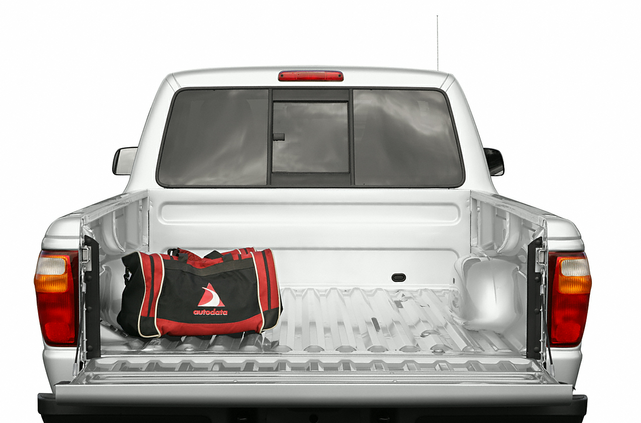 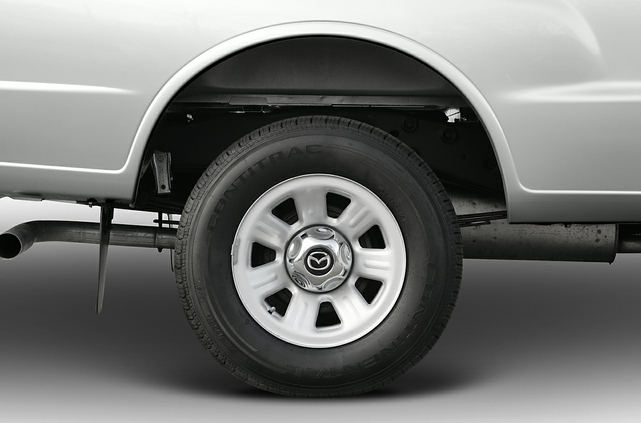 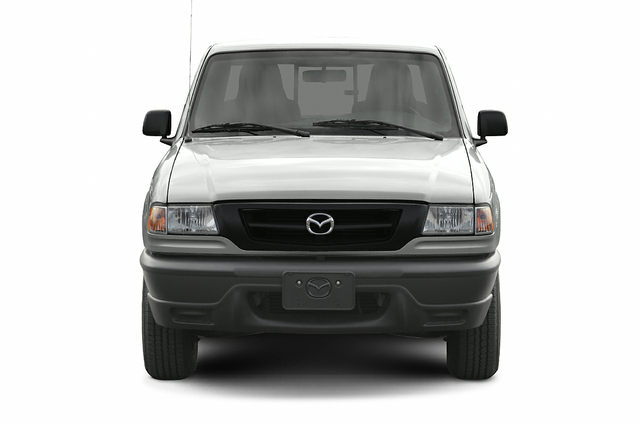 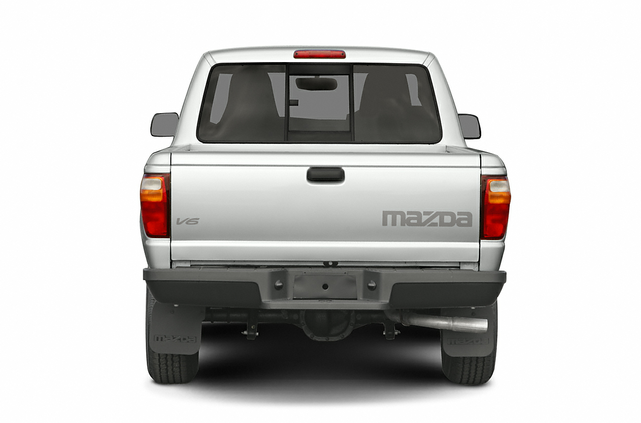 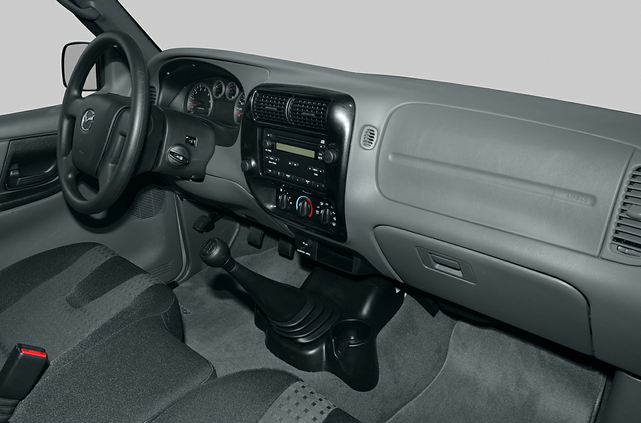 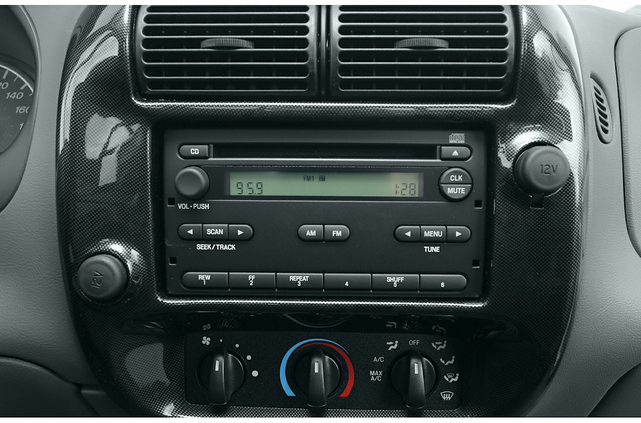 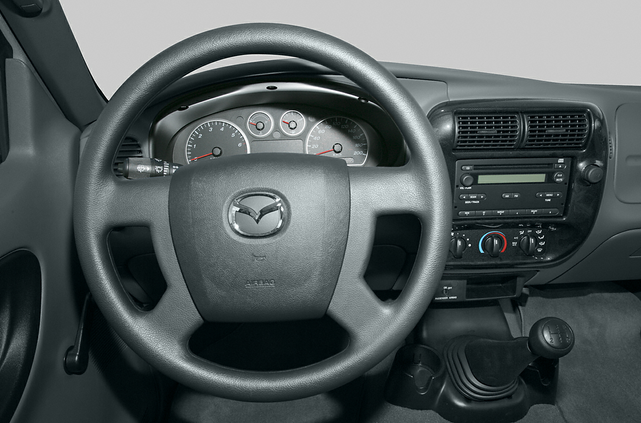 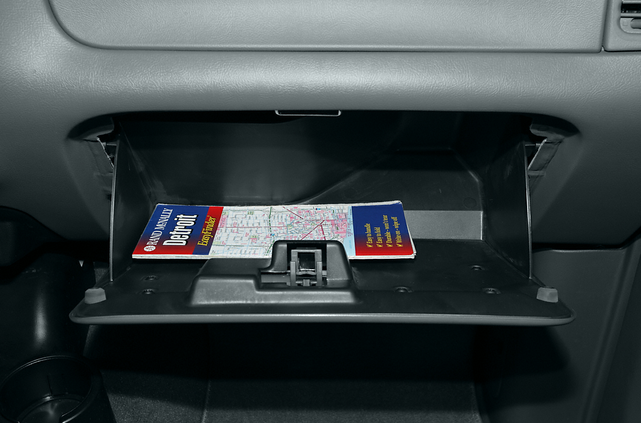 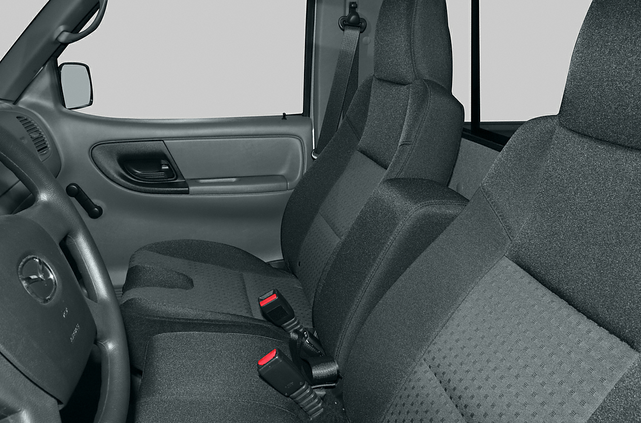 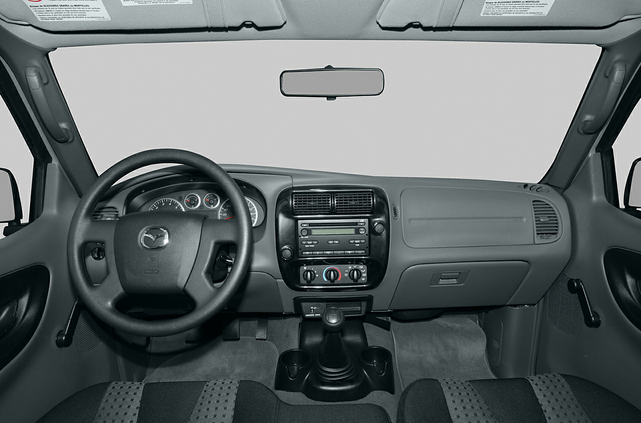