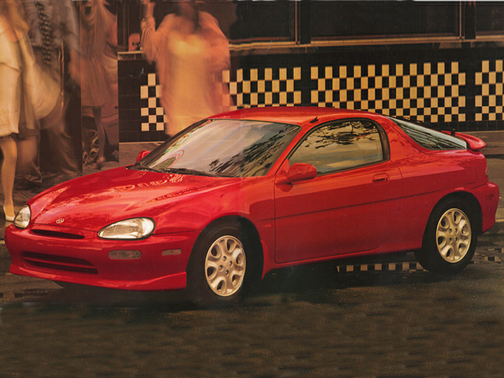 Our 1992 Mazda MX-3 trim comparison will help you decide.

It used to be that small sporty coupes were fun little toys on wheels for those who couldn’t afford a real sports car. You’d get snappy performance and cute, maybe even aggressive looks, but you knew better than to mess with the big boys.

Cars like the second-generation Toyota MR2 and the Eagle Talon TSi Turbo have changed all that. Serious performance now can be had for under $20,000.

This year Mazda rolled out its first entry in the small coupe wars. It’s called the MX-3, and Mazda took a unique approach with it.

Instead of packing a high-revving turbocharged four-cylinder under the hood, Mazda engineers developed a 1.8-liter V-6 and made it optional for those who want more performance than what is available in base models.

This is the smallest V-6 engine you can buy in a car. It’s plenty smooth and plenty powerful, but not quite as exhilarating as some high-performance turbocharged four-cylinders. The potential to increase the V-6’s power must be huge.

In any case, the MX-3 is great fun to drive, and it offers a good value. The interior is the only area that could stand some improvement.

Two engines are available in the MX-3. The base engine is a 1.6-liter, 16-valve four-cylinder that delivers 88 horsepower. GS models, like this week’s test car, come with the V-6 that makes 130 horsepower.

This is an easy-revving engine that can be driven hard for hours without fuss. It comes up a bit short on torque – the force that actually moves the car – and it doesn’t get cooking until 3,500 rpm. The redline is 7,000, so there’s a fairly broad power band to work with. To extract the maximum performance, shifts have to be timed right.

It is possible to get moving quickly and almost keep up with the class-leading Talon and MR2 Turbo if you rev the engine high and shift fast. However, the MX-3’s 0-to-60 mph time is 8.2 seconds, while the Eagle and the Toyota do it in just over 6 seconds.

The test car came with a five-speed manual transmission. A four-speed automatic is optional. The MX-3’s shifter could have been better. It’s not as precise as the one found in the MX-3’s stablemate, the Mazda Miata. I found that the shifter moved somewhat vaguely and that reverse was sometimes difficult to engage.

The MX-3 gets a good bit of its personality from two key things: the unique styling and the sound of its engine and transmission. This is one of those cars in which you sometimes want to turn off the radio and listen to the turbine like whine from the engine and the meshing of the transmission gears. The exhaust note is crisp but not annoying.

The test car is EPA-rated at 23 miles per gallon city and 28 mpg highway. Using the air conditioner, the test car delivered a solid 26 mpg in combined city-highway driving. The 13.2-gallon tank ensures long distances between fill-ups.

Mazda engineers did their best work with the MX-3’s steering and suspension system.

If the V-6 isn’t as powerful as you’d like, chances are you’ll forgive any shortcomings under the hood after putting the MX-3 through its paces. What the MX-3 lacks in raw power, it makes up for in its ability to glide easily and quickly around tight corners. It’s a very rewarding car to drive.

The MX-3 is a front-wheel-drive car that has four-wheel independent suspension. There is no torque steer – a pulling to the left or right under hard acceleration – though blasting through a curve from a stop can cause a little steering difficulty.

The suspension is firm but able to absorb most bumps without telegraphing the ruckus to the interior. Road noise, however, is fairly loud on roughly paved roads.

All MX-3s come with power-assisted rack and pinion steering, which is engine speed-sensitive. That means at slow speeds, such as when maneuvering into a parking space, the MX-3 is a bit easier to steer.T e turning circle is a tight 32.8 feet. The steering wheel takes just 2.7 turns of the w heel lock to lock.

The MX-3’s interior comes up short in two areas: safety equipment and stowage space. But it offers excellent rear leg room for a small sports coupe.

At this late date, there is almost no excuse for bringing out a new car without at least a driver’s side air bag. The MX-3 doesn’t have one. Instead, it is equipped with a set of awful motorized seat belts. Several times I bumped my shoulder on the upper buckle portion while getting in and out of the car.

There is precious little room to store things. The console and glove box are very small. The hatchback area, however, is able to take at least a golf bag and several bags of groceries.

The analog gauge package is complete, and the white-on-black instruments are easy to read. Most controls are located on stalks on the steering column. The test car had cruise control, which was part of the windshield wiper control on the right side of the steering column.

The cruise control didn’t work properly. On a long trip it would disengage intermittently for no apparent reason.

Rear passengers will find enough room to remain comfortable for most trips. Other than head room being a bit tight, the rear seat area is the best I’ve seen in any of the small sports coupes I’ve driven this year.

Mazda made a sincere effort to make this car something more than just a toy. You won’t feel guilty banishing passengers to the rear.

The V-6-powered MX-3 is a great little car. The styling is fashionable, the performance, though not the best, is entertaining, and the car feels solid and well-built.

It will be interesting to see how well it does in a world loaded with excellent high-performance sports coupes.

November 29, 2009
By car from Pflugerville,TX
Owns this car

Leaking a massive amount of water from the water pump area. I've owned two both with the same problem.

All model years for the Mazda MX-3 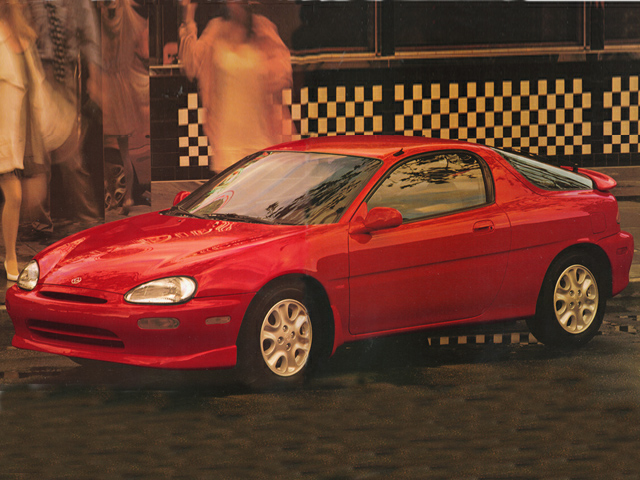