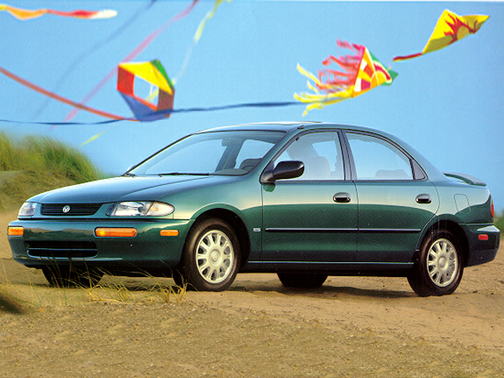 Our 1995 Mazda Protege trim comparison will help you decide.

Mazda Motors of America must have been doing something right for its past 25 years on the American market.

For 1995, the Japanese automaker has redesigned and re-engineered its Protege, the company’s best-selling model in the United States.

The Protege is classified as a compact sedan, but Mazda says it features interior volume equal to the much- larger Infiniti Q45. The company also includes a host of items normally found in more expensive midsized vehicles.

Mazda tends to identify its Protege with its luxury Mazda Millenia. It doesn’t attempt to make comparisons to the Millenia’s larger specifications, but to a design philosophy that produces quality, engineered innovation and styling distinctiveness.

“This definitely is a sleeper in the automobile industry,” said Ron Vanags, general sales manager for Speedway Volkswagen-Mazda. “All you have to do is look at it to see that you get more bang for the buck.”

The engineering in the three models offered — DX, LX and ES — is state of the art.

The cars are fairy light, ranging from 2,385 pounds for a DX with a manual five-speed to 2,617 pounds for an upscale ES with an automatic transmission. The engines also are fairly small.

Two powerplants are offered. One is a 1.5- liter (91-cubic-inch) four-cylinder available in DX and LX sedans. A larger 1.8-liter (112-cubic-inch) engine powers the ES.

While these engines don’t exactly fall in the muscle-car category, power output is enhanced by dual overhead cams and four valves per cylinder in both motors.

For reasons known mainly to Mazda, the 1.8 isn’t available in a DX or LX, and that’s unfortunate. The lightest DX with the 1.8’s 122 horsepower hooked to a manual five-speed would be an interesting set of wheels, especially since this motor is in Mazda’s Miata sports car.

A key element for the Protege is a process called OptiSpace Design, which goes a step further than the highly touted cabin-forward design. It encompasses all aspects of styling, interior spaciousness, packaging, engine compartment, vehicle safety and the functionality of space within the vehicle.

The extended, curved roof line serves a number of purposes. It adds front and rear seat headroom, gives rear passengers more room and improves the aerodynamics of the sedan.

The Protege’s interior designers had their computers in high gear in creating maximum room and safety. In addition to dual air bags, interior trim pieces were designed to be concave wherever possible.

As an example, the concave inside panels of the doors add to the interior width. An instrument panel that features a clean design for easy functionality has been sculpted for forward spaciousness. And the cowl point has been moved forward to add more room to the front of the cabin.

One of the more concerted efforts on the part of all automobile manufacturers to day is to make the body stiffer. Via extensive computer modeling and simulations, Mazda has created a body that for its weight has the highest bending and torsional rigidity of any vehicle in its class.

This presents a solid platform for an improved suspension system with the rear modified for better road holding and comfort. The rear lateral links of the suspension have been extended almost to the center line of the car, and the rear stabilizer bar now is mounted with ball joints rather than the previous rubber bushings.

Coupled with a speed-sensitive power-steering unit, the front-drive four-door with its moderately short wheelbase takes on the handling attributes of a sports car.

The demographics of Protege buyers indicate a rather wide age spread of between20 and 45.

“We’re finding about 50 percent of our buyers are female,” Vanags said. “The y are educ ated professional types who are drawn to the features of the car. It has the look and feel of a much larger automobile.”

“The LX is the most popular seller,” Vanags said, “with the choice of manual or automatic split just about 50/50.”

February 16, 2020
By Emasch from Brunswick
Owns this car

Bought my protege dx 4 years ago from an elderly couple for $475.00 they bought the car brand new in Colorado i5 the most basic car no a.c. no power extras distributor not coil bit just happens to be obdll a rare feature on 1995 cars. It's maintenance was well kept up since I've had the only problems are just normal wear and tear on any vehicle. Has been a very sound car. It's my work car and lots of tools and lawn stuff get hauled around it looks small but seems to have plenty of space inside and in trunk the 1.5 engine is a great little 4 cylinder with dohc has plenty of get up and go excellent gas mileage and cruises at 80 on the interstate without a strain have had it over a 100 before not recommended. Was hit by a full size older ford in the rear i was stopped at a yeild for traffic when truck plowed into the back of car doing 40mph knocked car across 2 lanes of road about 6 months ago car started right up and drove it home no lights were busted back bumper was bent back some and trunk lid was out of whack used a jack in trunk and pushed out bumper and rear body of car the same evening and straitened the trunk lid back out all in 30 minutes driving car everyday still only complaint is the 13 inch tires they wear out faster and can be hard to find some times and doughnut is worse but you can subistute a 13 inch 4 lug trailer tire for a doughnut that is much better than most cars doughnuts I give the car a 5 mine loves to ride cranks every time in the first turn of the key best car ever for price

March 19, 2018
By MamaChida from Greenville, TX
Owns this car

Ive been 2nd owner and had it 19 yrs. I love it. Dont have time and money to restore, so unfortunately, we'll have to part. But I love it.

January 26, 2012
By malibuguy from Finksburg, MD
Owns this car

only owned the car for a couple months now...so far so good. Acceleration is not great...but what to expect from 92 rated HP at the flywheel getting sopped up by an automatic. Handling suffers from the economy 13" tires...we plan to address that with 15" wheels and some minor suspension modifications. Gas mileage is lower then expected....27-30 so far. Other then the nitpicking, the car is excellent. Perfect interior layout. Large trunk space. The kids fit with room. Great visability. You feel right driving it & you dont feel excessive...like say an SUV or pickup truck driver. 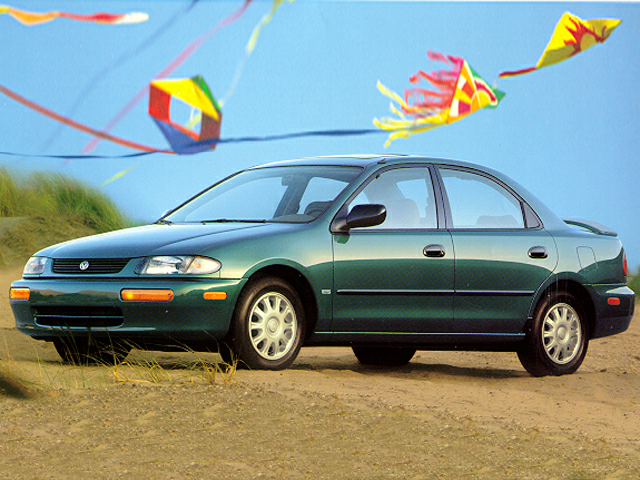