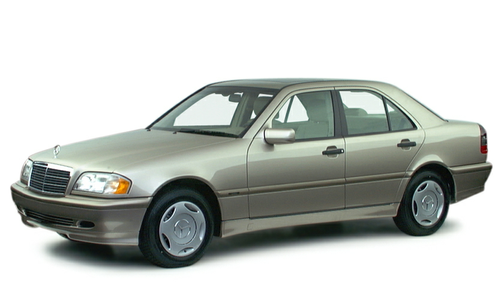 Our 2000 Mercedes-Benz C-Class trim comparison will help you decide.

The Mercedes-Benz C-Class is the smallest of the esteemed marque’s U.S. product line. It’s not in the same league as the midsize E-Class sedan, and wouldn’t get the time of day from its snooty cousin, the magnificent S-Class. But it still must be held to a very high standard, considering not only the historic associations of the three-pointed star it wears, but also the price.

This humblest of Benzes, with just a smattering of options, still costs what 10 serviceable clunkers would, or perhaps one and a half very nice new compact cars. The bottom line on the sticker of the one I tested was $38,195, about 50 percent more than the current average transaction price of all new cars and trucks sold in the U.S.

Is it that good? Well, yes and no. It’s a true Mercedes, with all the favorable connotations that implies, but the C-Class is coming to the end of the line . . . following a seven-year run, a revamped version will be out this fall, and I’m betting it will be more than incrementally better – it certainly LOOKS better.

The current crop of Cs, while not so wannabe-looking as the prior generation of “Baby Benzes,” do look a bit like a cheaped-down version of the real thing. And there’s room for updating the chassis, too, although even in its senescence, it’s better than most. Remarkable advances in engineering and manufacturing have occurred since the last major revision, however, and I’m eager to see how M-B engineers have embraced them.

The C-Class has lost one of its members. The hotrodded C43 AMG variant, with its fire-breathing 8-cylinder engine, has been dropped from the books. What remain are two series differentiated less by what they do than how they do it.

The base model (starts at $31,750) is the C230. The deduced 2.3 liters is distributed among four cylinders – now hold on a sec – which take abnormally large gulps of gas thanks to a supercharger, whence the series derives its formal designation: C230 Kompressor. The air pump and premium fuel conspire to produce 185 hp and 200 foot-pounds of torque. That’s impressive output for a tidy little engine, capable of propelling the car from 0-60 in a little over 8 seconds, according to the factory, a claim that seems plausible, given the 3,250 pounds of mass. Better blastoffs – never a priority for German cars – could be had with a manual transmission, but all C-Class cars come only with a (superb) 5-speed automatic.

The car I tested was the C280. You don’t have to be one of those dull-normals on Millionaire to guess 6 cylinders, 2.8 liters. Base price is $35,950 and output is remarkably close to the Kompressor’s: 194 hp and 195 foot-pounds, both figures within the margin for production variances. The Kompressor’s torque curve peaks lower and stays flat longer, offering perhaps a better subjective feel, especially with an automatic, but the V-6 is smoother and quieter, and seems to want to keep climbing the rpm scale forever. The V-6 might have a slight edge in longevity, but for a $4K difference . . . one might be willing to take a chance on the blower.

Interior volume is 88 cubic feet, putting the C in compact territory. Mercedes does not indulge in wishful thinking, but rather markets it as a four-place car, a particularly good idea when there’s a rear-drive driveline hump to account for. The rear was rather snug in the fore-and-aft direction and headroom was at a premium, too. The rear door openings are narrow and require some agility. The rear bench – with an option package – folds to expand the 13-c.f. trunk. Up front, all is well, even for well-padded folks. The 10-way power driver’s seat could be tailored for a perfect fit, and I found a position of comfort an inch or two forward of the rearmost stops. The seats typically feel underpadded at first blush, but get better and better as the miles pile up.

The C280 normally sits on adequate 205/60/15 Continental tir light-alloy wheels are standard. The tester had the sport package, which increases wheel diameter to 16 inches and reduces the profile to 55, while using higher-rate springs and revalved shocks along with beefier traction bars front and rear. All these factors contribute to crisper handling, if not awesome lateral adhesion. I was surprised at how eager the rear end was to whip around when the tires had had enough, but in more temperate driving, the feeling was one of crisp responsiveness, with good feedback.

The ride quality was taut, with a smidge of harshness at times over very bad pavement, but on the whole, would not be tiring on a long march. There’s a bit more noise than one would like in this luxury class, both suspension and tires contributing in equal measure. Still, even at 70 mph on good roads, the decibel level doesn’t rise above average.

The C Class is replete with safety features, front air bags of course, as well as side bags for driver and co-pilot, along with four-wheel-disc antilock brakes, electronic stability control, full-range traction control and Brake Assist. The stability control uses one-wheel braking and/or throttle dampening to keep the driver from asking for more cornering than the car can give, while the traction control does its best to keep the rear, driving wheels turning at the same rate.

Mercedes’ trademarked Brake Assist senses when the brakes are being jabbed unusually quickly and shaves some vital milliseconds from the time between pressing the brake pedal and full actuation. As on the larger members of the family, the Brake Assist and antilock conspired to produce powerful, well-controlled stops when I slammed the brakes, even on wet surfaces.

Also included is the TeleAid system, a cellular transmitter/receiver independent of any that might or might not be present for calling purposes. With a push of the SOS button, TeleAid contacts a service provider which can dispatch emergency services. The transmitter sends the car’s model color and precise location, using onboard Global Positioning System tracking data. A call is automatically placed if any air bag is deployed, and if the dispatcher gets no response, emergency services are sent. Two other one-push buttons establish communications with Mercedes’ roadside assistance provider or an owner information center for those who don’t like to read manuals. If the car is stolen, the system can be queried for a precise location via GPS. That’s fun.

it will definite do tooling around town

November 13, 2020
By submariner in vegas from Las Vegas
Owns this car

excellent style. esp like the rear parking lens covers. the raised hood emblem should have never been taken off in later models. good accel/pick up for lane changes and hurry up modes. will not replace the 1972 4.5 I once owned but it will definitely do for running errands in town. Will test short trips (maybe and iffy) later. good car.

Second Mercedes owned, this is a project.

Car was to be recycled. I had one before (C220) and this was a Kompressor C230. I've always the sedan's styling so I got it cheap. Taking me a while to diagnose the problems but I'm gaining lots of knowledge of this fabled saloon and when complete it will be mine for my lifetime.

Bang for your buck.

January 18, 2020
By BeemerOrBenz from ypsilanti, mi
Owns this car

I've driven and owned a number of vehicles. It's(c230 Kompressor) not the fastest, prettiest, best riding, most powerful, or most exciting, but overall it's a very good car. Handles nicely, has good pep with the supercharger boost, yet is also comfortable, smooth, and civilized when driven so. Surprising amount of creature comforts that many new cars don't even have. Plenty of room to seat 4 comfortably. Trunk space is decent and the seats fold down . Despite common belief, maintenance isn't as crazy as some make out. Especially if you do your own car work, it's no more expensive to maintain than other vehicles. In 2 years of ownership it's never left me stranded. The biggest con that I've experienced thus far was winter driving. All other vehicles handled adequately with all season tires, this had me buy my first ever set of snow tires. That being said, once those were fit, it drives excellently in the snow. 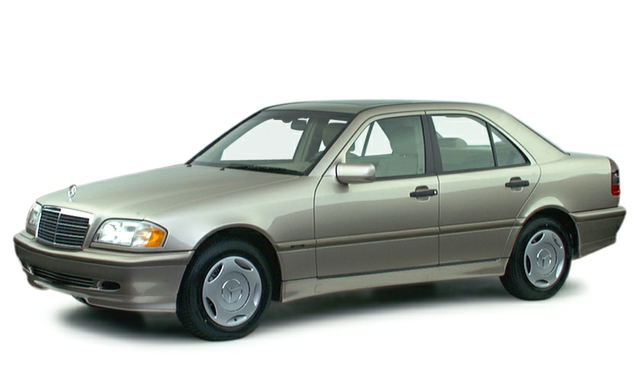 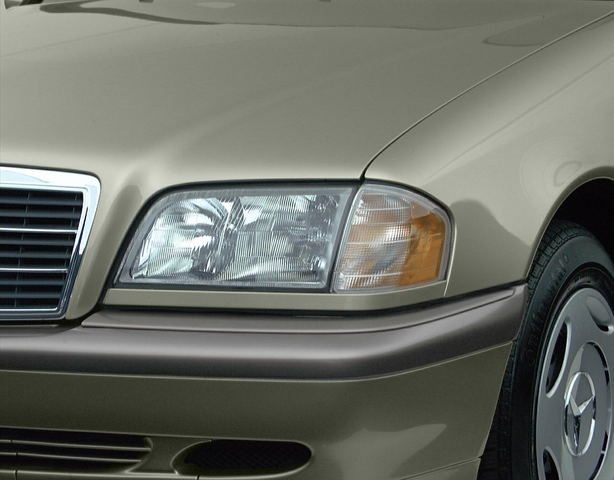 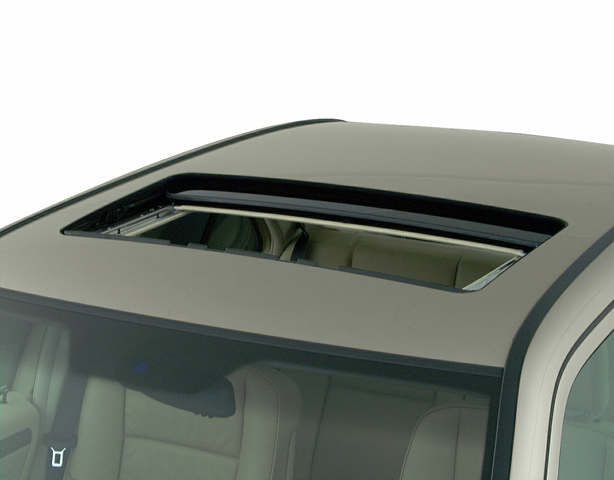 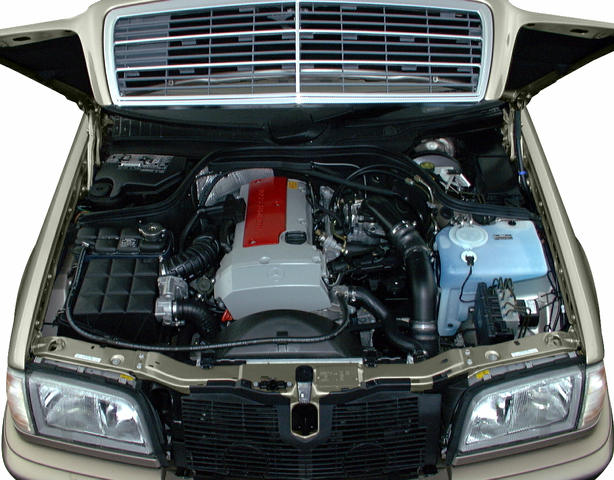 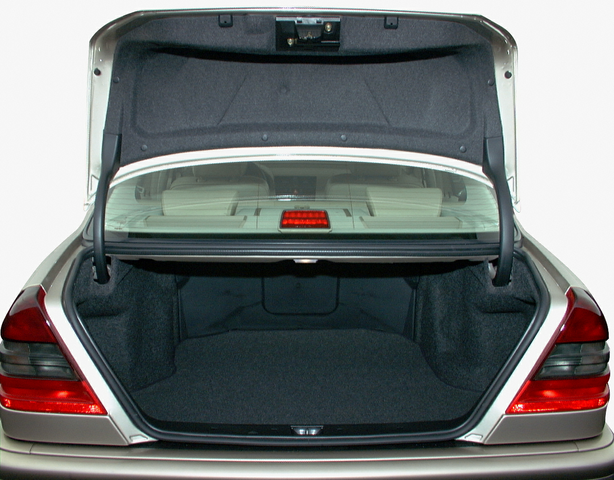 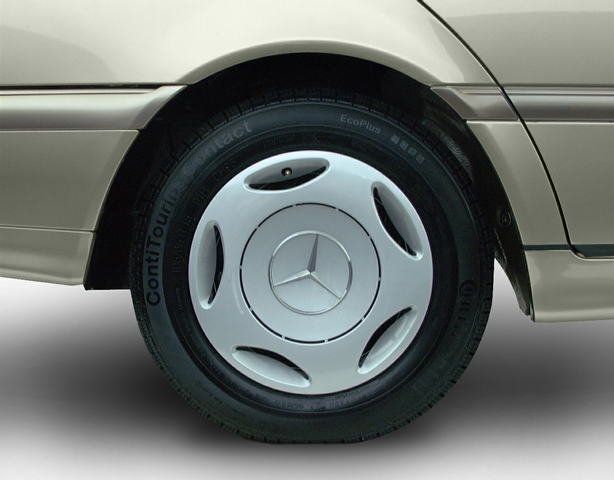 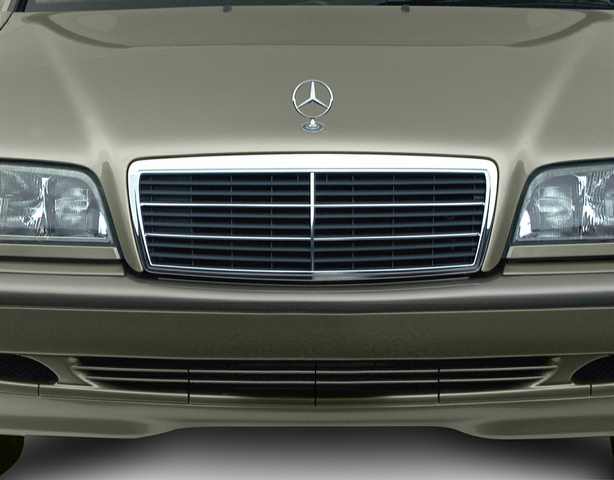 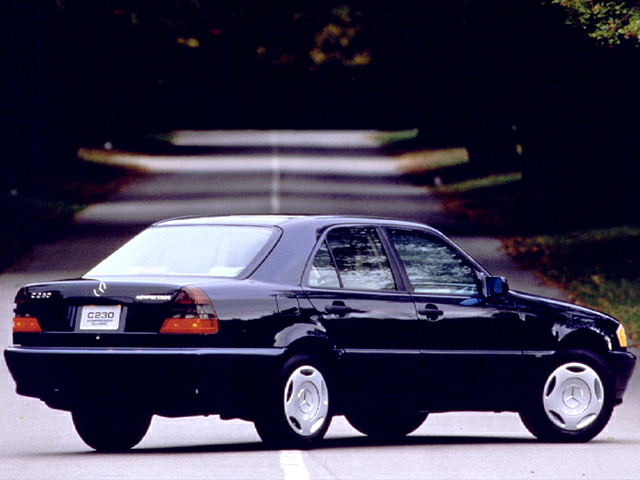 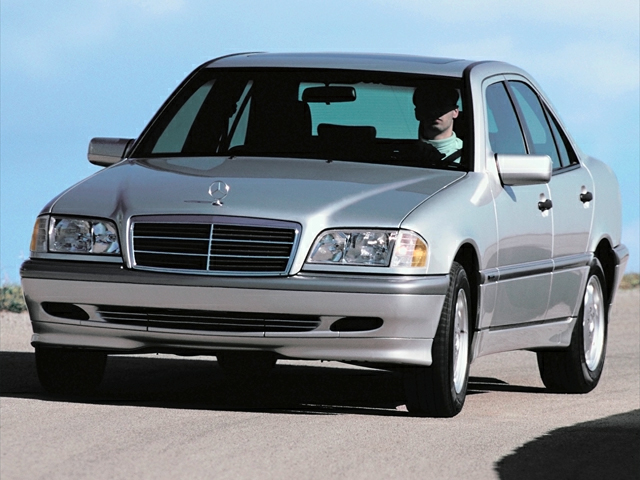 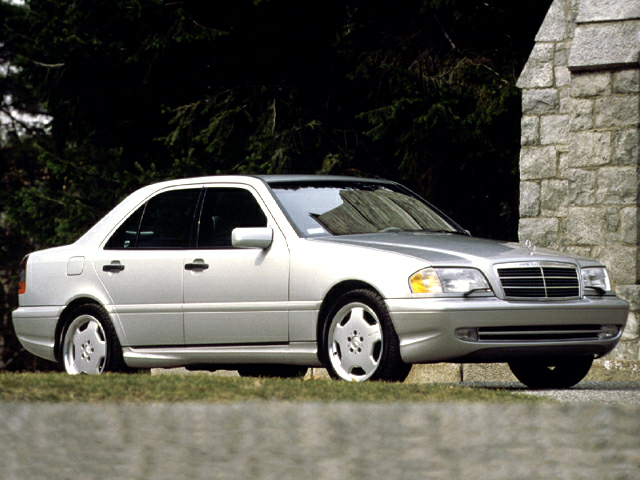 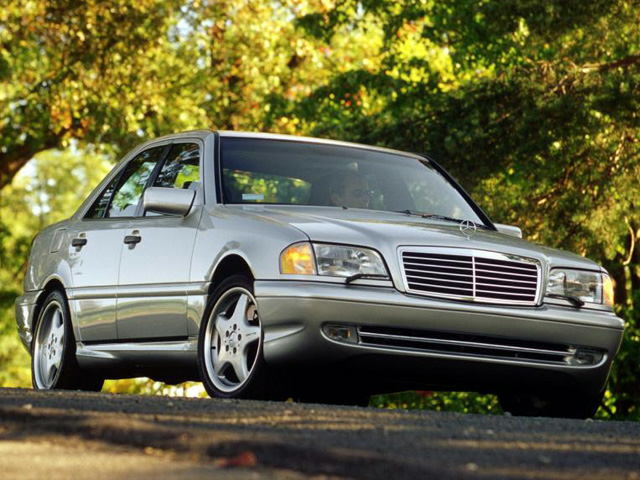 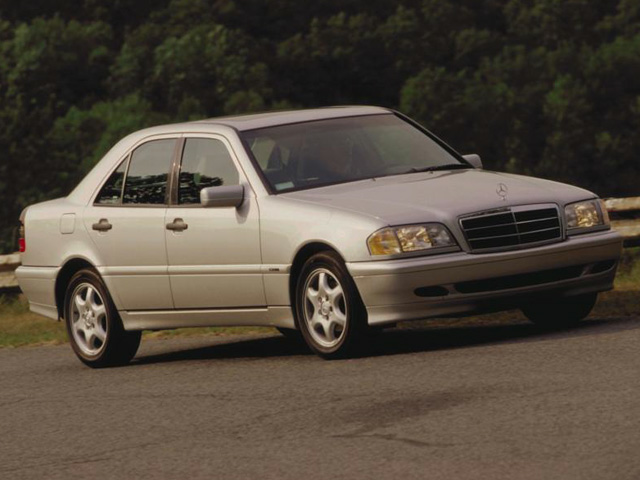 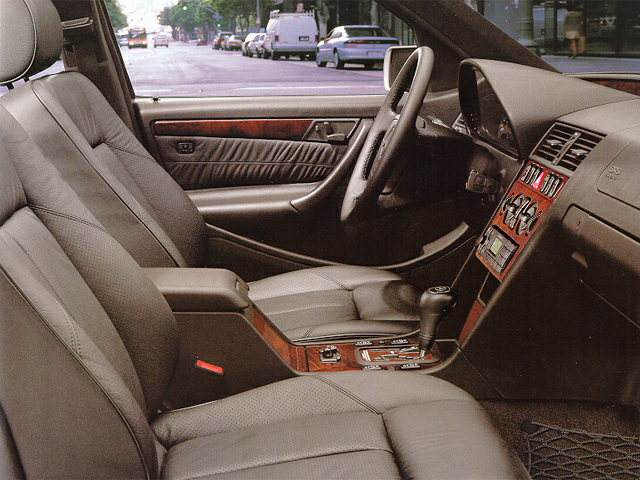 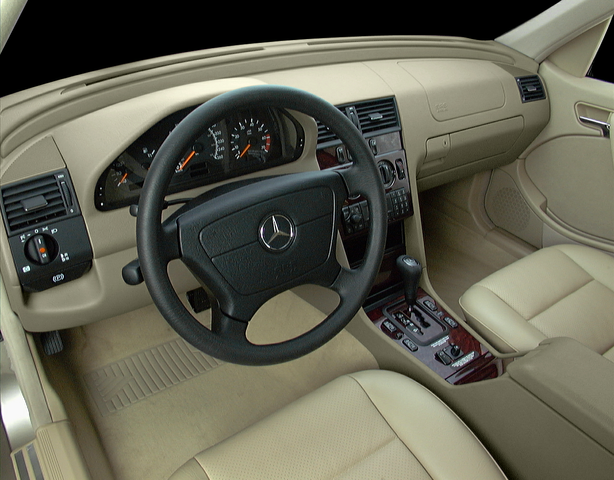 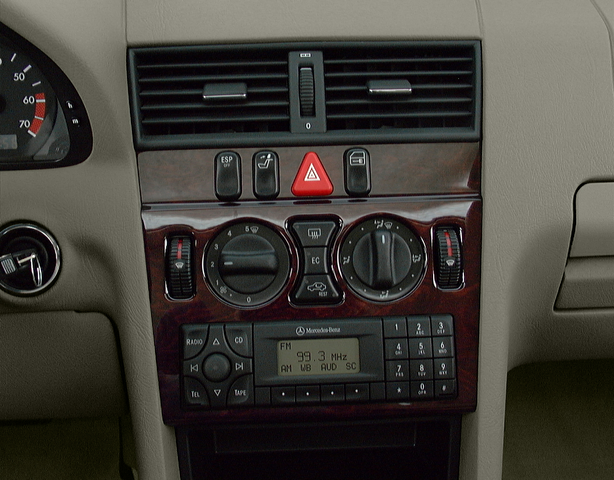 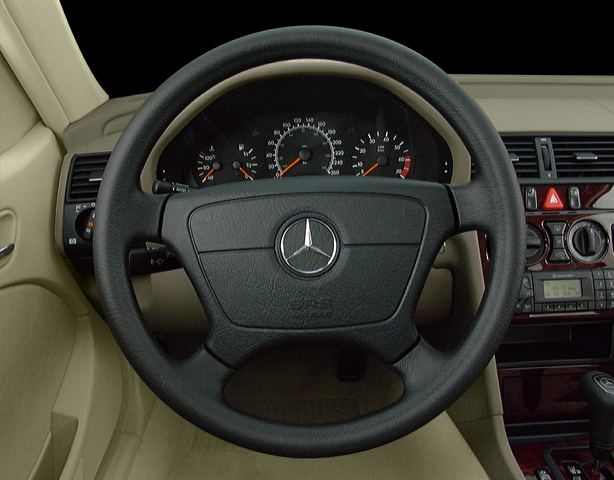 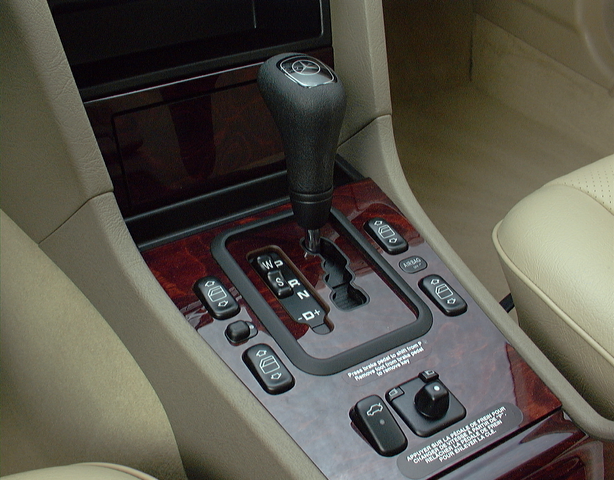 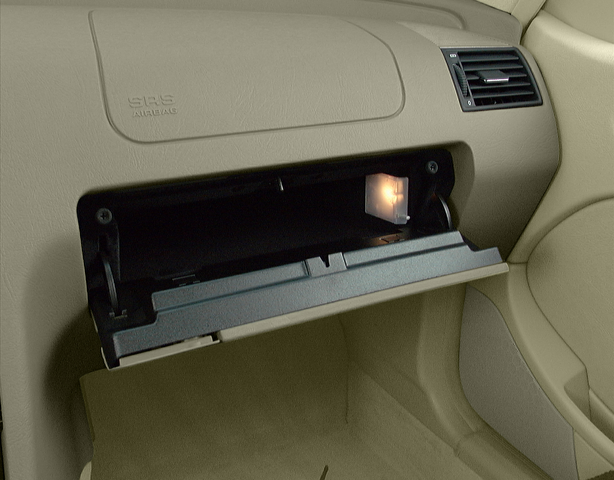 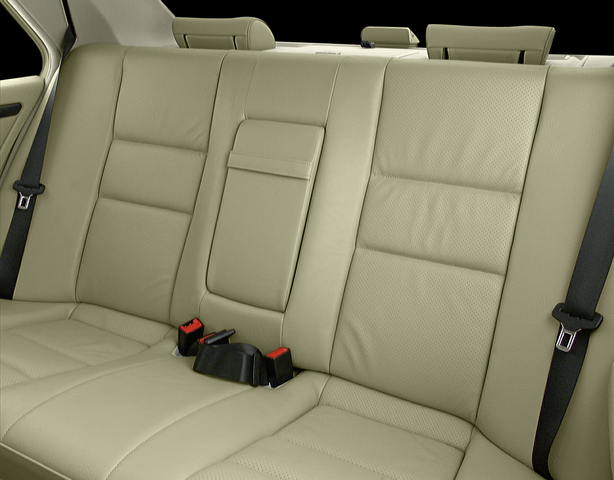