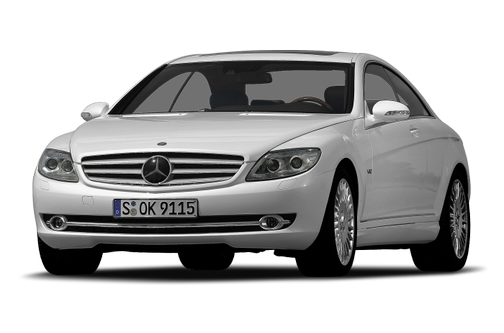 Our 2007 Mercedes-Benz CL-Class trim comparison will help you decide.

With investment banking firm Goldman Sachs recently distributing billions of dollars in bonuses to its employees, Mercedes-Benz’s sales and marketing department must be smiling. Sure, that extra cash makes, say, Bentley’s Continental GT more attainable, but if the GT is a little too ostentatious for you, may we suggest the redesigned CL550 coupe? It’s filled with luxury features, has a serene ride, makes lots of power when you need it and you won’t one-up the boss.

Exterior & Styling
Though the CL550 is based on Mercedes’ flagship S-Class sedan, the automaker has done a good job differentiating the two. One of the CL550’s best attributes is its pillarless-coupe profile, which emphasizes its flowing roofline. Like the S-Class, the CL550 has rather pronounced front and rear fender flares.

In the world of high-dollar coupes, the CL550’s styling is rather restrained. Still, its long profile, low-slung stance and big three-pointed star on the grille say “I’m expensive,” even to casual observers.

Ride & Handling
Standard on the CL550, Mercedes’ Active Body Control active suspension reduces body roll, acceleration squat and braking dive, according to the automaker. ABC features hydraulic pistons at each corner of the car that act on the struts they’re attached to in order to influence the coupe’s body motions. To further reduce body roll, ABC lowers the car 15 millimeters when the automatic transmission’s Sport setting is selected.

In use, ABC manages to keep the CL550 fairly flat during cornering, but it’s clear this coupe is less comfortable being driven aggressively than the Jaguar XK or Mercedes’ SL550 retractable-hardtop roadster, which also has ABC. Most bumps in the road are well damped, even though you can hear the car’s wheels coming in contact with them.

The CL550 steers with a light touch; it’s rather easy to turn the wheel with one finger, which befits the car’s luxury-touring character. It’s a bit too vague for my tastes, though; more precise response would be appreciated.

On the highway, the CL550’s V-8 effortlessly builds speed, and before long you’re doing 70 mph. The smooth, fluid power delivery is accompanied by a deep, but muted, exhaust note that’s always in the background.

The V-8 drives the rear wheels through a seven-speed automatic transmission. The shifts are almost imperceptible and the transmission willingly kicks down under hard acceleration. While most cars have console gear selectors, the CL550 is shifted into gear via an arm on the right side of the steering column. Tapping the arm up or down engages Reverse or Drive, while pressing a button on the end of it shifts the transmission into Park. Buttons on the back of the steering wheel allow the driver to control transmission upshifts and downshifts manually.

Front and rear vented disc brakes are standard, and the front discs are also cross-drilled for improved cooling. The CL550’s brake pedal has a natural, progressive feel, and the strong brakes bring this 2.25 ton coupe to a halt without drama.

The Inside
The CL550’s relationship to the S-Class sedan becomes more apparent on the inside, as it has a similar dashboard and control layout. Combining Mercedes’ new Comand control system and orange ambient lighting with classic burled walnut wood trim and a full-leather interior, the CL550’s cabin manages to elegantly fuse modern technology with old-world sophistication.

Like BMW’s iDrive and Audi’s Multi Media Interface control systems, the new Comand system in the CL550 features a knob on the center console that, in conjunction with a display screen on the dash, is used to adjust vehicle settings. Maybe I’m getting more accustomed to these interfaces, but the Comand system is surprisingly intuitive, and its menus (and the associated knob actions to make selections) seem more logical than iDrive’s or Audi’s MMI.

The front of the cabin is roomy, but there’s not a lot of extra headroom. Though the standard moonroof shaves some space, the low roofline is mostly to blame. Heated leather front bucket seats with memory are standard. Ventilated seats are optional.

For the ultimate in seat adjustability, Mercedes-Benz offers Drive-Dynamic Multicontour front seats that have enhanced features like upper and lower side bolster adjustment and a massage setting. The seats have firm cushioning and can be set to inflate either the left or right side bolster when cornering in order to keep the driver and front passenger in place during aggressive driving. This last feature is more amusing than useful, and I ended up deactivating it.

The CL550 is more accommodating to rear-seat passengers than many coupes. The front bucket seats have integrated safety belts, which means there aren’t any belts to trip over when climbing into or out of the backseat. The front seats also motor forward to create a wider entry to the rear seats. There’s room for two in the backseat, which has sculpted cushions divided by a center console. Seat bottom and backrest cushioning are acceptable, but legroom is tight for tall adults. Fortunately, the front seats are smart enough not to crush the legs of tall rear passengers; if the front seats meet resistance when motoring back into place, they stop and move forward slightly.

Safety
Neither the Insurance Institute for Highway Safety nor the National Highway Traffic Safety Administration has crash tested the CL-Class. It’s an ultra-low volume car — Porsche sold about nine times as many 911s in 2006 — so it’s unlikely to be tested anytime soon. The standard safety features list is long and includes antilock brakes with brake assist, side-impact airbags for the front and rear seats, a driver’s knee airbag, side curtain airbags, an electronic stability system and Pre-Safe.

Pre-Safe is designed to ready occupants before a crash by cinching the front seat belts, closing the windows and moonroof and adjusting the front passenger seat for optimal occupant protection. When the CL550 is equipped with optional Distronic Plus adaptive cruise control, the two systems can activate 40 percent of the coupe’s braking capability to avoid a crash, which is followed by 100 percent brake force when the driver touches the brake pedal. The CL600, equipped with a 6.0-liter V-12 engine, has adaptive brake lights that flash when the brake assist or stability systems are activated, in order to gain the attention of following drivers.

Cargo
The coupe’s trunk measures 12.9 cubic feet; it’s not especially deep, but lifting up the trunklid reveals a large opening. There’s an umbrella holder on the inside of the lid, which has a power-closing feature. Typical of large cars, the backseat doesn’t fold forward to extend the cargo area into the cabin.

Features
Other standard features include Sirius Satellite Radio and a navigation system that stores map data on a 20GB hard drive. A six-CD Harman Kardon audio system with a slot for connecting a PC Card with music stored on it, dual-zone automatic air conditioning, a power rear sunshade and rear parking sensors are also standard.

Options include a heated steering wheel, iPod connection kit and Night View Assist. When the infrared system is activated, the instrument-panel screen that normally represents the speedometer switches to a vivid black and white image of the road ahead. Mercedes-Benz says the system allows the driver to “see” about 500 feet ahead without using the high-beam headlights, which is 100 feet farther than the standard bi-xenon high-intensity-discharge headlights can provide.

CL-Class in the Market
For most buyers looking for a luxury car, Mercedes’ three-pointed star commands a lot of respect, and as an understated executive land jet, the CL-Class performs its role admirably well. Still, how often is spending six figures an exercise in understatement? Probably not that often, which makes the CL-Class’ primary competition — the head-turning Continental GT — a formidable competitor.

Both of these coupes are exclusive, with each seeing fewer than 1,400 U.S. sales in 2006. Buyers are the final arbiters of cachet, though, and despite the CL-Class’ virtues, it has to be hard not to spend a little more and step up to the Bentley. Perhaps, though, some of those reserved, but well-compensated, banker-types will side with the CL-Class.

August 13, 2020
By seyfletch from Santa Barbara, Ca
Owns this car

Great driver's car. Excellent handling. 145,000 miles. Expensive new, but still a great pleasure. Smooth on the freeways, like a big cat on the curves. Gets great mileage with a powerful engine. Driving it, it doesn't feel like the big, heavy car it is. Just great engineering, and MPG that makes you wonder why the US was so far behind in engine efficiency.

July 8, 2018
By OnlyPairMade from Charlotte NC
Used to own this car

the Mercedes Benz CL is one of the best coupes to drive and own. It?s nothing compares out there well that?s before the s550 coupe replaced it

All model years for the Mercedes-Benz CL-Class 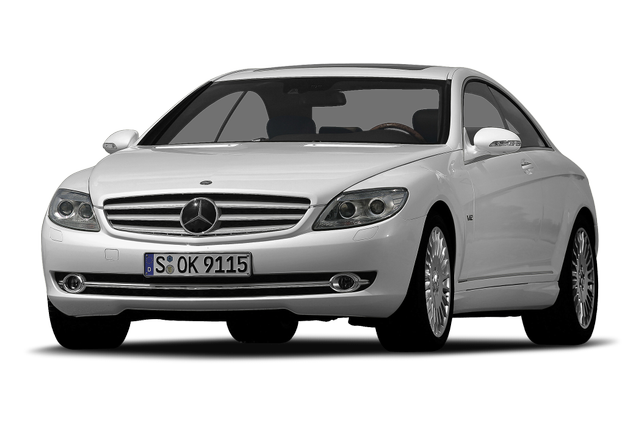 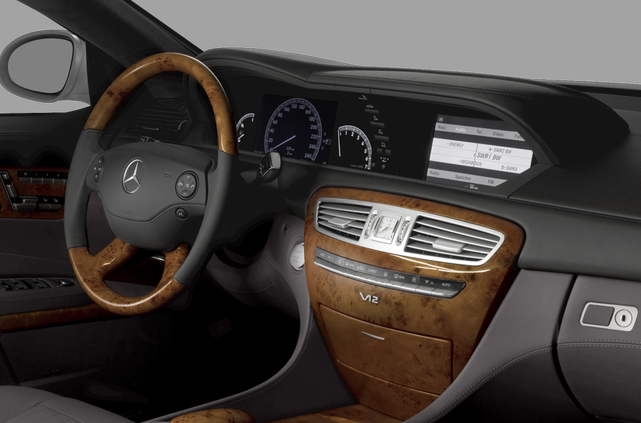 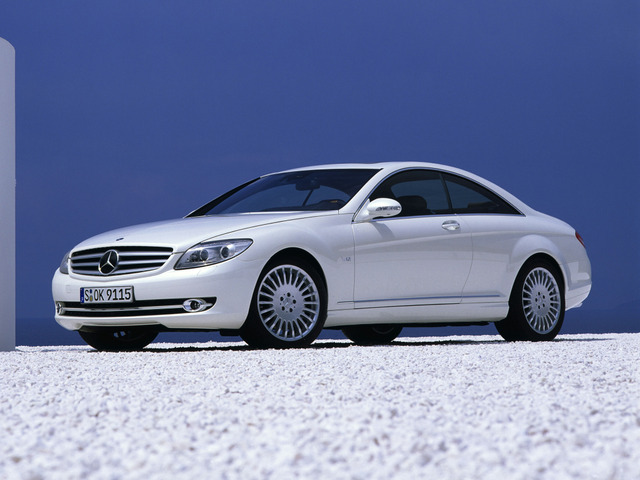 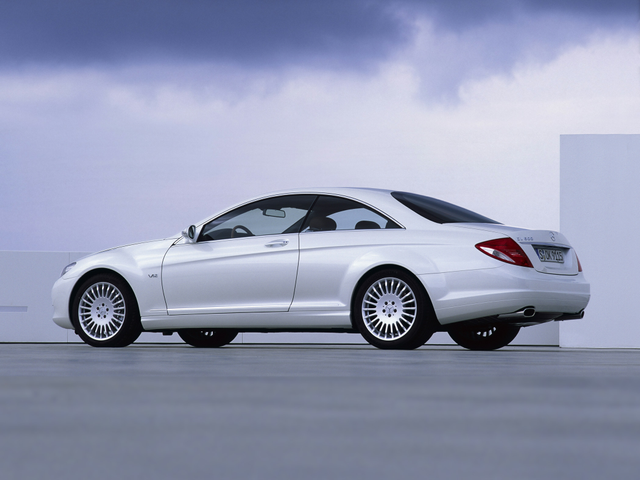 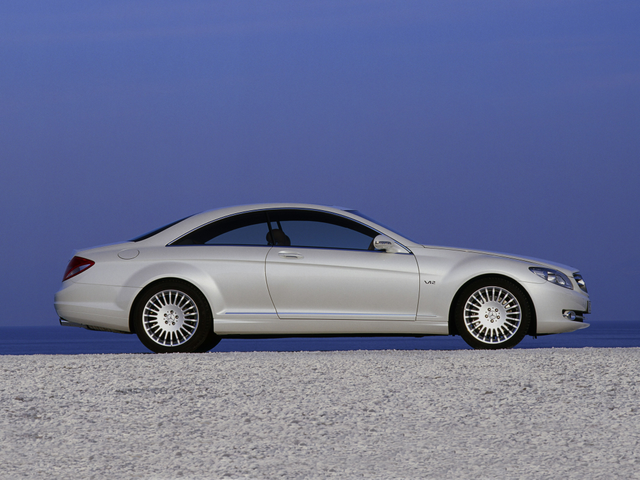 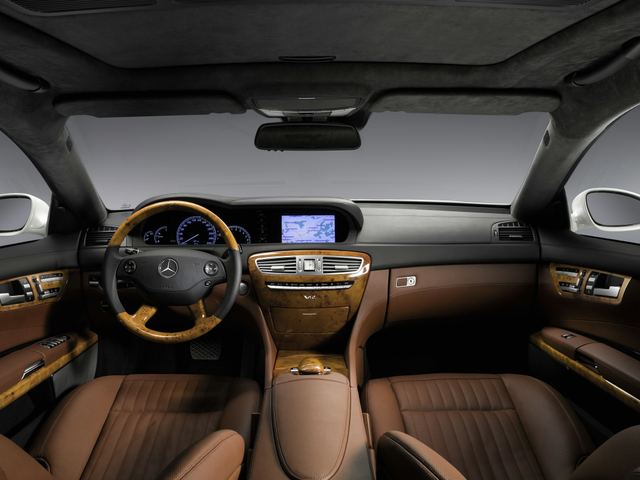 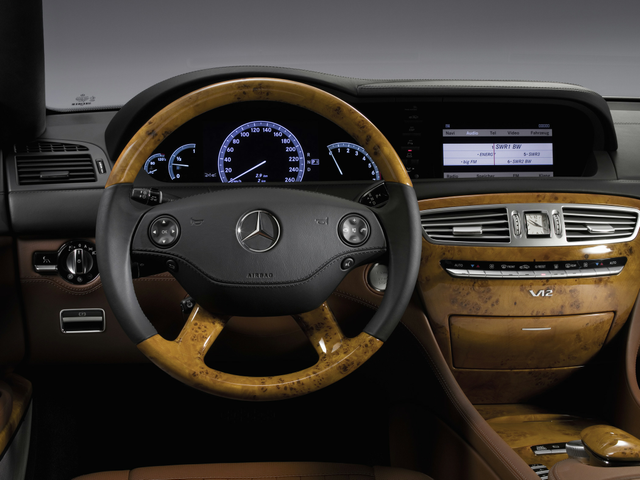 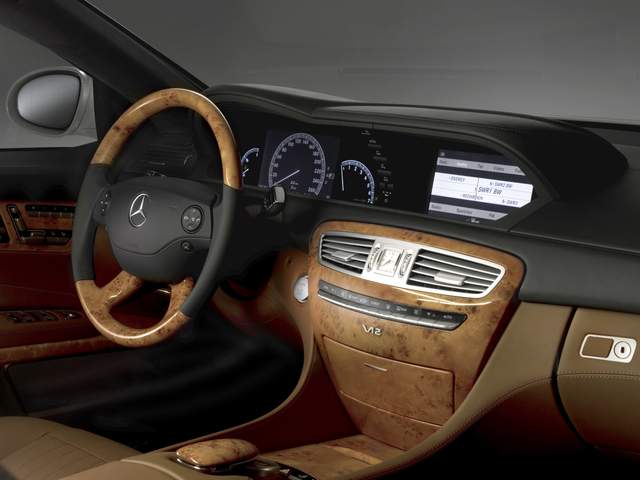