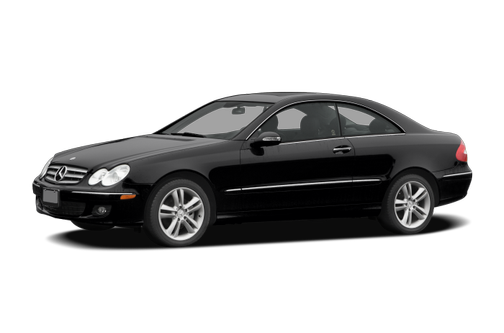 Our 2007 Mercedes-Benz CLK-Class trim comparison will help you decide.

THERE are many things we do not know. We don’t know if there will ever be peace in the Middle East. No one can say if physicists will find the elusive Higgs boson. We can’t be entirely sure what the deal is with John Travolta.

But we can say a priori that commemorative pace cars are the dorkiest vehicles ever made. Go ahead, check on EBay: There’s a guy selling his black and silver 1978 Corvette with “Official Pace Car” and “62nd Annual Indianapolis 500 Mile Race” on the doors. The most amazing thing? The car has 23,861 miles on it. Driving this car is the road-going equivalent of drinking expired milk.

Of all the accomplishments of the Mercedes-Benz CLK 63 AMG Black Series – if you consider felony murder of tires an accomplishment – the greatest is this: It is the world’s first and only cool pace car for the street. Though, technically, it’s a “safety car”: Excepting the lettering and flashing lights, this car is virtually identical to the Mercedes-supplied vehicles used in Formula One to pace the field during full-course cautions. So, naturally, this car has rennsport out the wazoo.

The follow-up to last year’s SLK 55 AMG Black Series (not sold in the U.S.), the Black Series CLK is essentially a rich-guy, track-day car in the mold of the Porsche 911 GT3. With a wider and lower stance than the stock CLK AMG, the Black Series has bodywork that looks like it’s about to have a steroid-induced aneurysm.

The bulging carbon-composite fender flares shroud gorgeous 19-inch forged alloy wheels slathered in racing tires (Pirelli P Zero Corsas, 265/30YR19s in front and 285/30YR19s in the rear). Spectacular Deco-like strakes stream back from the front wheel wells. A massive front spoiler skims the road ahead, providing ventilation for an oversized radiator and brake ducts. The carbon-fiber valance at the rear hosts the polished steel quad exhausts and a differential-dedicated heat exchanger. Thus raked with aero mods, the CLK presents a brooding, hungry, wolfish face to the world. Toothsome, with special emphasis on “tooth.”

Under the hood, the 6.2-liter V8 has been given a larger megaphone with remapped throttle control, bigger induction plumbing and freer-flowing exhaust, all of which raises the Black Series’ output to a nice, round – and quite bonkers – 500 hp at 6,800 rpm, 25 hp more excessive than the CLK 63 AMG Cabrio. Max torque is 465 pound-feet at 5,250 rpm. As appropriate for something called Black Series, the sound of this engine at start-up is dark and chthonic rumble quite unlike the fiery cough of a highly stressed Ferrari, for example. The odd thing is, even though this engine is parsecs distant from an old Winston Cup V8, the furious, crazed cackling overrun you hear on corner entry sounds just like a vintage stocker. Ummm good.

These surreal amounts of twist and spin go through the 7G-Tronic seven-speed automatic transmission answering to shift paddles attached to the new racing-style flat-bottom steering wheel. This spectacular gearbox responds precisely as vividly as you drive it. Click through mid-rpm upshifts on the highway and the car accelerates with a gliding perfection that wouldn’t spill the morning coffee. But spin up the rpm and the gearbox cracks off shifts with back-shoving authority that Porsche’s Tiptronic might recognize. In manual mode, the gearbox will not automatically upshift so you can hold the car near redline and balance it with the throttle in a corner (the tranny’s computer also blips the throttle for you on downshifts). Some might wish for a proper manual transmission but I can’t see how that makes the car better.

Or faster. Mercedes estimates this car will storm from a dead stop to 60 mph in 4.1 seconds and 120 mph in 12 seconds. Yep, that sounds about right. To achieve these crazy numbers in this 3,948-pound car, you need only line it up on an appropriate parcel of asphalt – preferably outside U.S. territorial waters – and stand on it. The remapped traction control negotiates the union of rubber and road. The car barely squats at launch, gives a little wiggle sideways and then … wait, wasn’t there just a car here?

I have no idea what’s going on with the nub of a shifter in the console, though. It looks like an aluminum bone that’s been chewed.

For the CLK 63 Black Series’ handling prowess you could credit many things. The car has special coil-over suspension, adjustable for ride height, bump and rebound, as well as toe and camber (I assume my test car had the out-of-the-box settings, which were near perfect). This suspension is stiffer than, well, never mind what it’s stiffer than. Stiff, OK? The car has mega brakes, 360-mm ventilated ceramic front discs with six-piston calipers. The forged alloy wheels are feather light, a mere 24.3 pounds apiece, and this summary improvement in unsprung weight adds a huge measure of composure and control when the car is traversing less than perfect pavement.

To me, though, the thing that gives it its athleticism is the chassis development. There are three major transverse reinforcements, including two strut tower bars, front and rear (the latter stretching across the trunk space). Also, because the back seats have been removed, the engineers were able to add a mighty cross-brace across the car’s midpoint. With that, the CLK 63 Black has the girder-stiff feel of a fully caged track car.

Wait, the back seats have been removed? Yes, such is the price of a super-performance coupe (that and $135,000).

Is it worth it? Well, the performance is astounding. The car has ridiculous amounts of lateral grip, exquisite transitional manners, fantastic braking and steering as lively and communicative as anything with a Mercedes star. The new multiplate limited-slip differential means you can put the galactic power down earlier and harder in corners. The very sound of the thing would make angels weep 30-weight oil.

It’s also a very rare bird. Mercedes expects to sell no more than 350 of the cars in the U.S., out of a 700-unit production run. So you’ll be the only one on your block to own one, unless your block is in Holmby Hills. For F1 fanatics, this is absolutely as close as they are going to get to lapping Monza or Hockenheim.

But Safety Car? I don’t think so.

Final thoughts: A feast of performance, table for two

Purchasing a Mercedes Benz CLK 350 Convertible was on the top of my must do list for a long time and now I can proudly say, it's done. The car is just right for me and goes along with my motto, to live life like it's golden!

Very Fast and corners well, its a sports car!

Lots of looks, fun to drive, convertible top is a one button affair. Mercedes automatic is slow to shift between the different "Drive" gears. The 350 is powerful. Wide tires/staggered size front to back makes for excellent handling on mountain roads. For 2007 they removed that stupid cupholder that hung off the dash and put it back in the console.

September 3, 2019
By Spiderman from Strafford, NH
Owns this car

used in the summer only and stored inside winters. Brand new top-OUCH! and new tires as well. Spark plugs with tune up good til 200,000 miles. Perhaps extended warranty goes with the new buyer 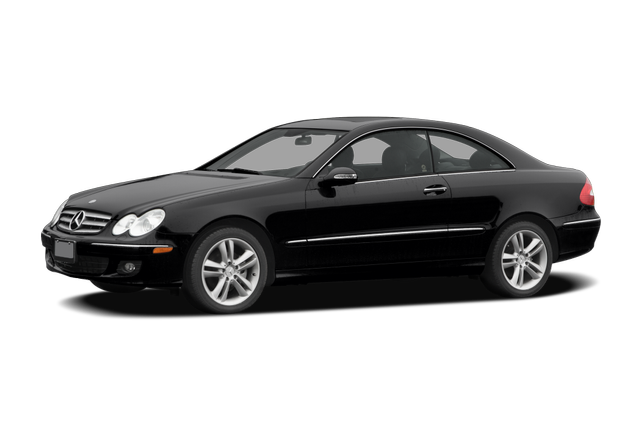 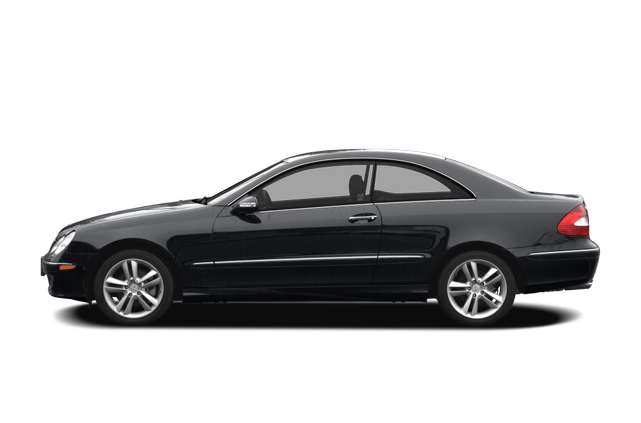 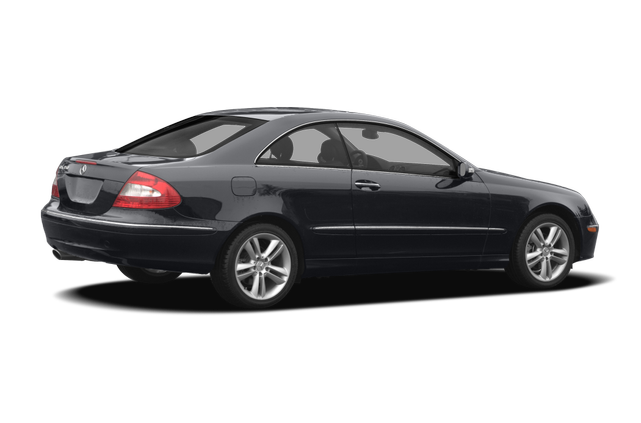 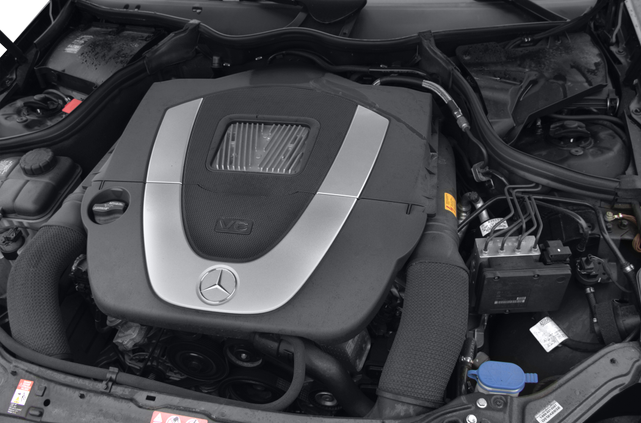 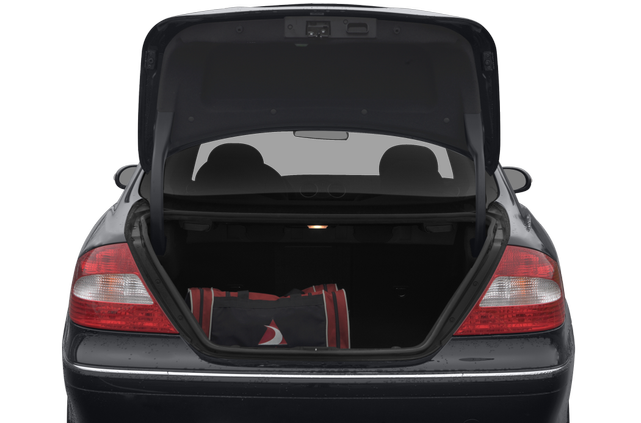 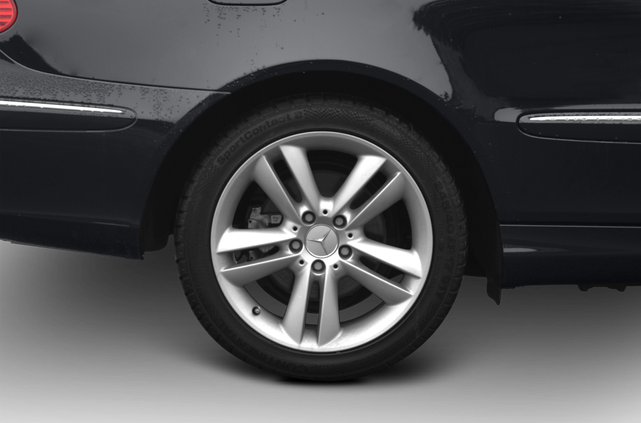 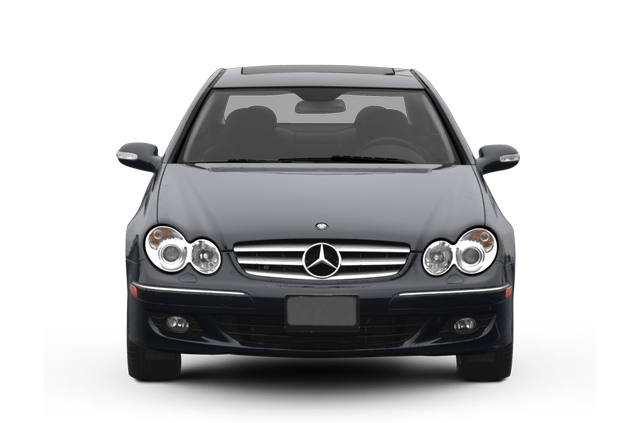 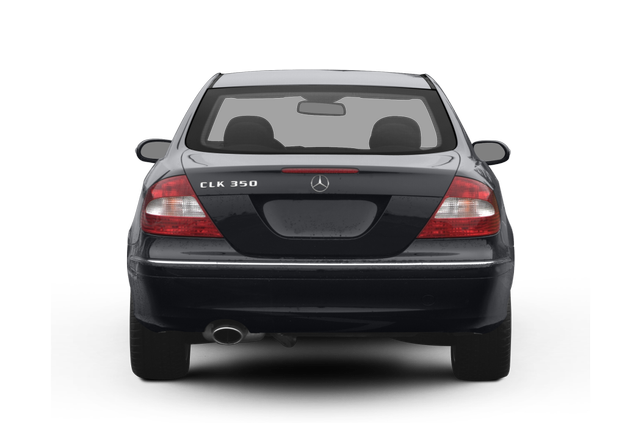 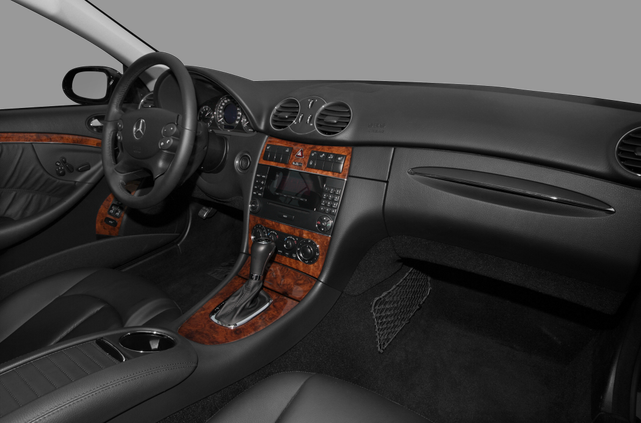 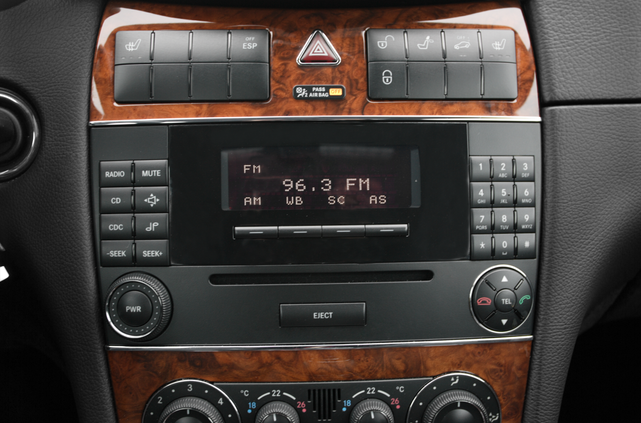 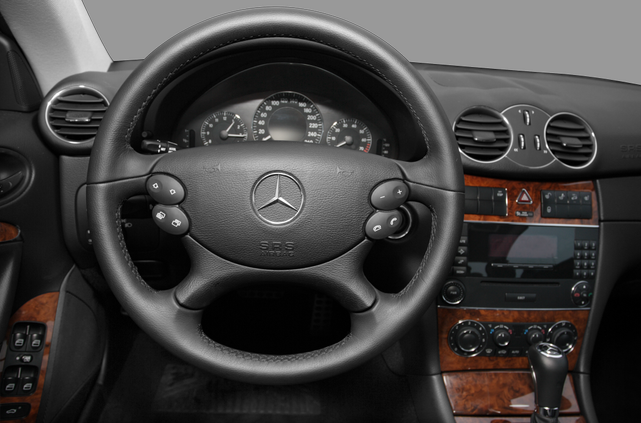 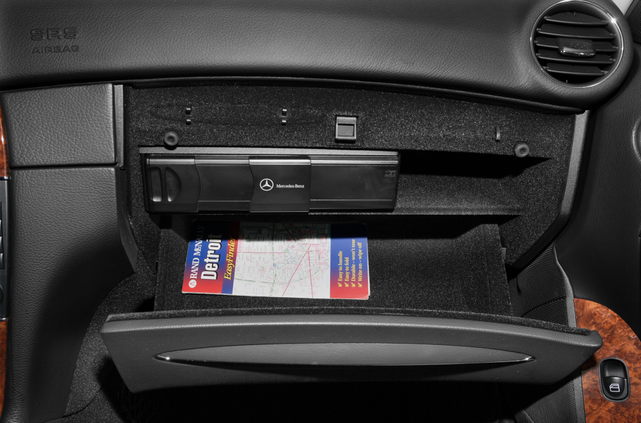 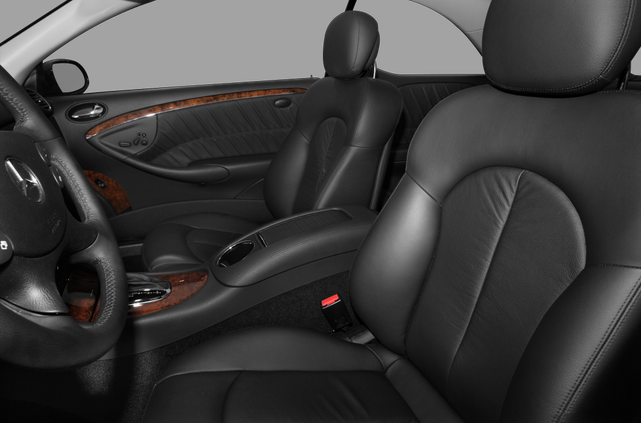 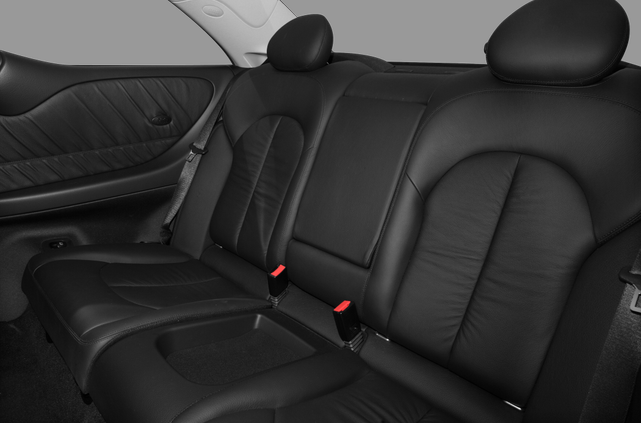 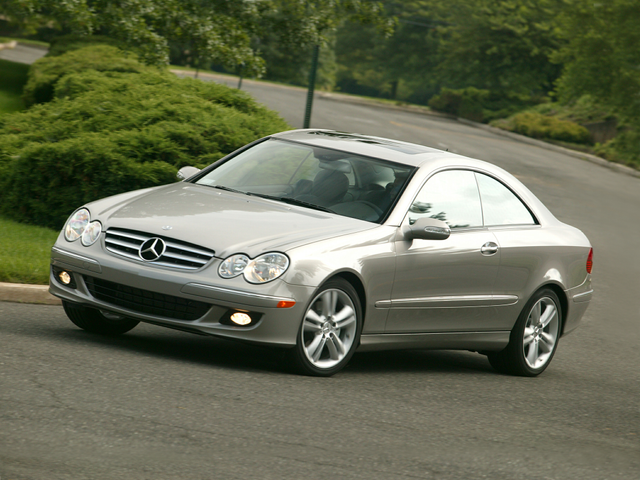 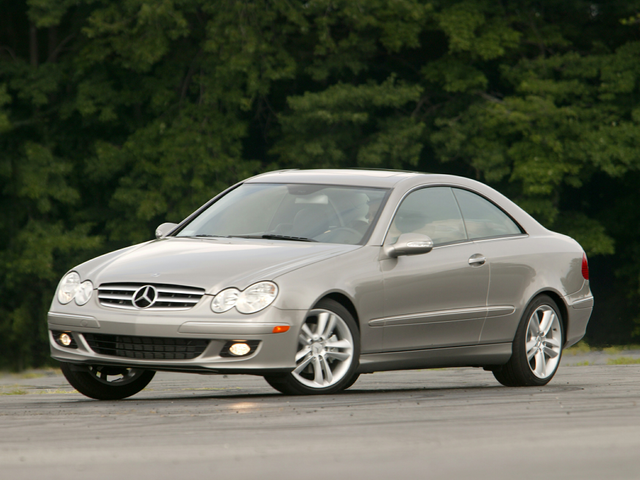 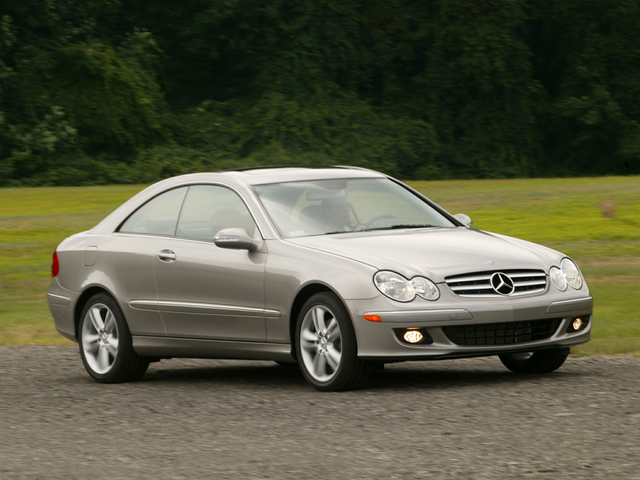 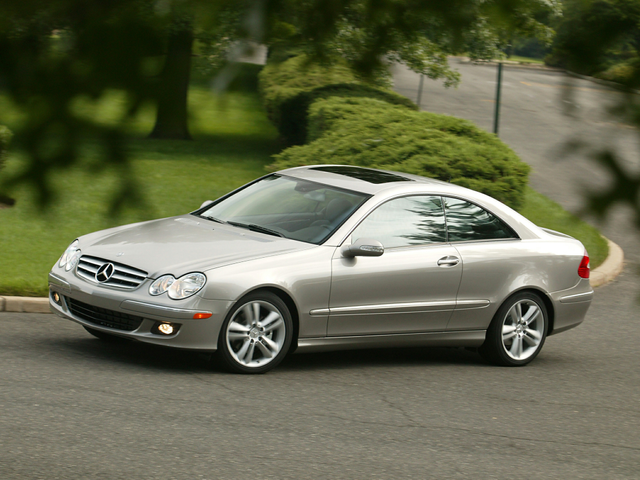 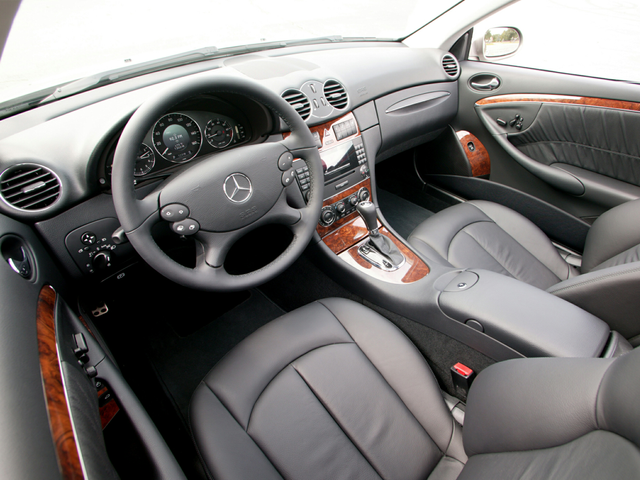