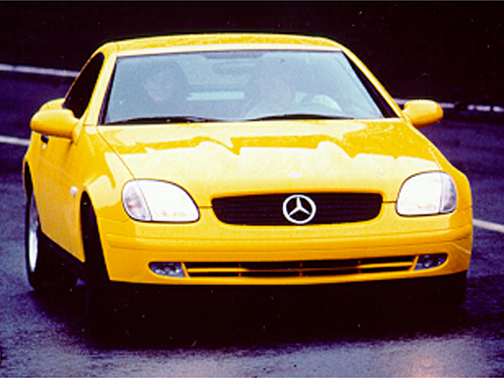 Our 1999 Mercedes-Benz SLK-Class trim comparison will help you decide.

When Mercedes-Benz introduced the SLK a few years ago, many people were wondering when this neat little roadster would get a manual transmission.

After all, sporty cars are about the only vehicles left that are still offered with a stick shift.

Mercedes brass said they had no plans to offer a stick shift in the SLK because so few drivers want to shift gears themselves these days. But, they said, they would listen to their customers and if enough people wanted the SLK with a manual gearbox, they’d make one.

I just spent a week sporting around Orlando and its environs in an SLK with a five-speed manual gearbox. I’m glad Mercedes listened to its customers because the stick shift makes the SLK even more fun to drive.

The SLK comes with a 185-horsepower, supercharged, four-cylinder engine. It’s an overhead cam motor with 16 valves. This little dynamo propels the 3,000 pound car to 60 mph in just 7.2 seconds. Pretty spunky.

Mercedes engineers tuned the engine to deliver strong performance at low speeds. Though not a road missile, the SLK moves away from a stop light smartly when you step on the gas. The supercharger — an engine-driven pump that stuffs more fuel and air into the engine — makes a lovely hum as it winds up.

And you will rev this engine often. With one hand on the shifter and one on the wheel, you’ll be driving the SLK like you were on a race track. It’s too hard to drive it sedately.

The stubby little shifter notches easily into each gear. The clutch pedal is light and smooth, so you never get tired of shifting, even during rush hour. The gears are nicely spaced to take advantage of the engine’s power.

The four-wheel, independent suspension system — double wishbones up front and a multilink setup in the rear — keeps the power well under control. The ride is firm, but the car doesn’t beat you up when you drive over bumps. When cornering quickly, the sensation is very much like that of an amusement park ride. You are low to the ground and the car sticks to the pavement as if it were on rails.

Mercedes equips the SLK with power-assisted steering and power-assisted, four-wheel, anti-lock disc brakes. The SLK’s braking system is one of the most advanced on the road. It can detect an emergency stop by the speed at which the brakes are applied. When you jam on the brakes, a computer takes over and applies full stopping power almost immediately. Mercedes calls the system Brake Assist. I couldn’t feel it working, but I can tell you that the SLK stops very quickly.

The SLK’s retractable hardtop is a nifty item. There’s a red button shaped like the roof of the car planted on the console. Pull it back and the top will go down — as long as certain requirements are met. The top system is touchy. There’s a retractable cargo cover in the trunk. If it’s not in the right position, the top won’t work. The driver’s door has to be closed, or the top won’t work. I found out these things the hard way.

Once everything is in order, though , the top rises and lowers in less than 30 seconds. Unlike most convertibles, the SLK is as quiet as a coupe with the roof up. The windows seal tight, so there is no wind noise or water leaks.

The interior of the SLK is roomy and comfortable. There are map pockets in the doors and a few small compartments for sunglasses and things, but you won’t find any room for larger items, such as an umbrella or a briefcase. That’s the compromise you make with most sports cars.

The dash has a ’60s retro look to it. The gauges have ivory dials with red needles; they are wrapped in bright metal trim. The instruments look great and are easy to read. The seats are firm, but on a trip to Plant City and back, they proved comfortable.

Rotary controls operate the air conditioner. They are so simple to use that you don’t have to take your eyes off the road to make adjustments. One wish list item: It would be nice if the SLK came with automatic headlights.

Our test car was outfitted with the $3,990 Sport package. I’d skip it and save the money. It adds spiffy aerodynamic bumpers, fog lamps and bigger wheels and tires. But the regular SLK doesn’t look much different, and it performs just as well.

Though our test car was built well, it did have one annoying flaw: The clutch pedal had to be pressed all the way down hard or else the car wouldn’t start. There’s a switch on the pedal that prevents the car from being started while it is in gear. But it was out of adjustment.

After testing the SLK for a week, I fell in love with it — again. It’s a wonderful car, a joy to drive and styled so well that it will still look classy years from now. So now I am tempted to take all of my spare money, rush over to the nearest convience store and load up on lottery tickets. If I’m not here next week, you’ll know why . . .

February 17, 2020
By Burned sad guy from WESTWOOD
Used to own this car

This car was my happiness but it burned along with my home and town of paradise I miss it more than I thought possible I was left with no home town girlfriend job or ride I miss Janice the most my mercedes pretty xxxxed up huh?

Rating breakdown (out of 5):
2 people out of 4 found this review helpful. Did you?
Show full review
4.6

one of the most reliable cars i have owned.

A very fun car to drive and you miss it if you don't drive it almost every day. The car is the most reliable car I have had in many years. and was easy for me to do my own maintenance on. Bought this car when it had 100,000 miles on it. I have owned this car for 7 years.

June 29, 2018
By Spidee from Jefferson GA
Test drove this car

Car handles superbly on corners at speed. Responsive powerful motor. All the luxuries along with a fantastic retractable hard top. Perfect for weekend getaway or car rally.

Rating breakdown (out of 5):
2 people out of 2 found this review helpful. Did you?
Show full review
See all 14 consumer reviews 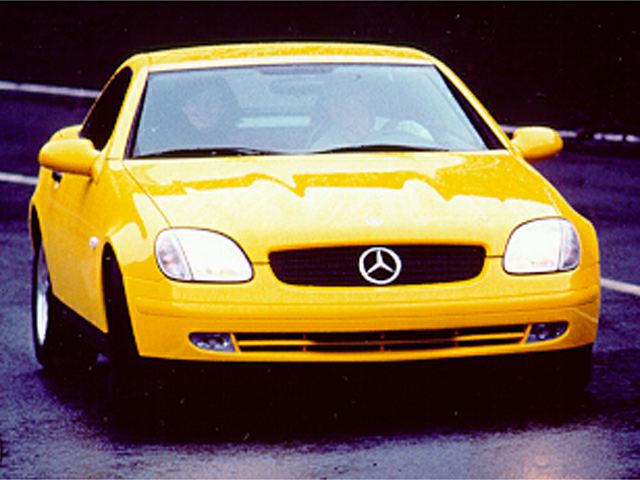 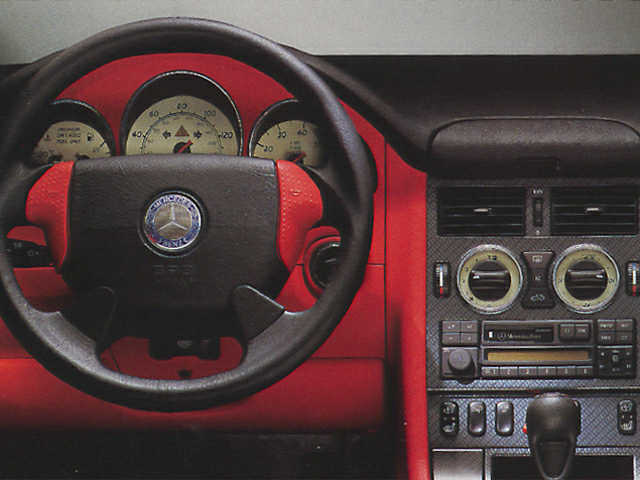