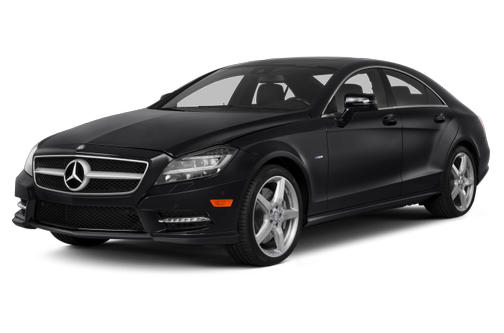 Our 2013 Mercedes-Benz CLS-Class trim comparison will help you decide.

Editor’s note: This review was written in October 2011 about the 2012 Mercedes-Benz CLS-Class. Little of substance has changed with this year’s model. To see what’s new for 2013, click here, or check out a side-by-side comparison of the two model years.

If style is important to luxury shoppers, the 2012 Mercedes-Benz CLS-Class has the upper hand over other sedans on the market.

The radically shaped four-door — it’s sometimes called a coupe because of its sporty roofline, and because there are just two seats in back — has been redesigned for 2012, and it looks terrific in its new skin.

The original CLS was no slouch, either; it set the auto world aflutter with its style, but it was hard to see out of, and it had a cramped interior and didn’t offer enough performance to satisfy shoppers. Not surprisingly, its success waned quickly.

The 2012 has better visibility, tremendous performance chops — especially the AMG model — and when you compare its interior room with the traditional Mercedes-Benz E-Class sedan’s, it barely gives an inch.

Style
There are just two elements that could account for that price difference: The CLS’ more advanced V-8 engine and its darn appealing, elegant design. Like most new Benzes, the CLS features a large, dominant grille, in this case embedded with a gigantic three-pointed star. And of course there are optional full LED headlights. Luxury automakers are in a war to see which can use more LEDs to illuminate our roads, and the CLS comes to the fight with two stories of LED strips in the headlight cluster — to great effect.

The CLS’ design trademark is the sloping roofline that many other vehicles have emulated over the years. For 2012, the car allows for a more traditional profile, albeit one dressed up with scallops running along the doors. It then radically drops off in the rear in a rounded truncation.

It’s a startling effect, set off with giant taillights, yet whenever I try to describe it I end up using the word “droopy.”

Performance
Unlike most Mercedes, there is no V-6 option for the CLS. The model range starts with the CLS550 and ends with the CLS63 AMG, with nothing in between. That means you have the choice of either a 402-horsepower, twin-turbo 4.6-liter V-8 that bursts up highway on-ramps with aplomb, or a 518-hp, twin-turbo 5.5-liter V-8 that can blow the doors off most muscle cars revving at a stoplight.

The CLS550 has enough power to satisfy most drivers. It’s so close to BMW’s new twin-turbo V-8 in terms of real-world response that I don’t think either company has an edge under the hood. However, the CLS has a nasty habit of lagging when taking off from a dead stop. All the Cars.com editors who tested the 550 bemoaned this attribute. I drove it the most and learned to massage the accelerator pedal just right to overcome most of the lag, but it’s hard to pay that much attention all the time.

The E550 features the same V-8 for 2012, but its lack of crisp handling is what might lead more buyers toward the CLS. The CLS may not handle like a sports car, but its steering is precise when taking twisty roads at speed, yet it isn’t overly heavy for long highway slogs.

The ride is also surprisingly livable, making the CLS550 nearly as viable a daily driver as an E-Class. The base CLS comes with rear-wheel drive, while the E550 has all-wheel drive standard.

CLS63 AMG
Even more surprising is the fact that the high-performance AMG is a pretty good daily driver, too … considering it has 116 more horsepower, a firmer suspension, tighter steering and loud exhaust. Those are all things an AMG buyer will want, though, and at $94,900, the performance for the money is almost a bargain.

The AMG V-8 transforms the CLS into a burly performance car that launches from the line with a grunt from the engine, a snort of exhaust and a whole lot of exhilaration. Cornering is delightful, and the steering is even more precise than the 550’s.

The 2011 E63 AMG returns the same horsepower ratings, but its engine is a naturally aspirated 6.2-liter V-8. (Mercedes liberally uses 63 in the model name anyway.) The E63 AMG gets to 60 mph in an estimated 4.3 seconds, while the CLS63 AMG does it in 4.4 seconds or 4.3 with a performance package. That means once you throw on the AMG extras the E-Class and CLS-Class are much more alike than the E550 and CLS550. We’ll see how similar the 2012 E63 AMG is once it’s released later this year featuring the same turbocharged powerplant as the 2012 CLS.

Interior
Shoppers will see few differences in the CLS versus the rest of the Mercedes lineup, though I felt it was a step up from the E-Class and a step below the CL-Class, which is appropriate given all those cars’ starting prices.

The seats are comfortable up front. Headroom is a bit limited, but there was plenty for me at 5-foot-10.

The CLS AMG surprised us by having a major difference in its controls versus the CLS550: While the shifter stalk is attached to the steering column in the 550, the CLS63 AMG’s is in the center console, which is a much more common placement.

Not only that, but also the shifter is a cool-looking design of sculpted metal and leather.

My CLS550 had an all-black interior that was more conservative than the light gray leather the CLS63 AMG sported. While I wouldn’t normally recommend such a light color, as it shows dirt as vividly as a piece of evidence glows under a black light on “CSI: Crime Scene Investigation,” this application was so stylish I’d make an exception.

The most impressive aspect of the new CLS to me is that it doesn’t feel as cramped as the previous version. The rear seat isn’t too uncomfortable, either, compared with other luxury sedans in this class. Look at the specs, and the CLS and E have nearly identical rear seat dimensions. The CLS feels more claustrophobic, sure, but that’s mostly due to the smaller windows.

I had both my children in their child-safety seats in the back, and they fit just fine. (Talk about easy Latch anchors to use …) While most CLS owners likely aren’t young parents, those bulky safety seats serve as a barometer for overall roominess. As noted, there is no center seat in back; rather, there are large cargo compartments.

Both the front and rear seats are on the firm side, with lots of support. I loved both models on my long commute and felt that a long road trip in one would be welcome.

The trunk, too, is on par with the E-Class in terms of space, so golfers won’t have to fret about sacrificing practicality for the CLS’ style and performance.

Features & Pricing
The CLS550 starts at $71,300, which seems rather high considering its standard rear-wheel drive; it’s $73,800 with all-wheel drive. The E550 with the same engine has standard all-wheel drive for a starting price of $59,790. Much of that price difference is soaked up in the added standard features you get in the CLS, namely navigation, a premium stereo, bi-xenon headlights with LED running lights, and a few others that are available in a package on the E-Class for an additional $6,900.

The CLS offers performance on par with BMW’s 550i, which has better dynamics than an E-Class. And again, the nearly $10,000 price difference between the two is offset somewhat by the CLS’ standard features.

You can add more to the CLS, of course — most notably full LED active headlights that come as part of a $4,390 package that includes a rearview camera, a power rear sunshade, and heated and cooled front seats. That’s a package I doubt many CLS550 buyers will leave off. There are a few other stand-alone options, most notably a parking-assist feature that handles the steering for you during parallel parking — requiring the driver to handle braking — for $970 and a less-necessary night vision feature for $1,780.

Despite the impressive performance, I can’t help but think there’s still a “styling surcharge” attached to the CLS.

Safety
The CLS has not been crash-tested by either the federal government or the Insurance Institute for Highway Safety.

High-tech features like blind spot and lane departure warning systems are available in an $850 option package. The two are also available in another package, for $2,950, that also includes active cruise control that enables the car to sense a forward collision and apply full braking.

CLS in the Market
The market for luxury cars is a funny thing. A stylish car with performance chops can be just as popular as a more practical selection at a lower price. The fact that the CLS sacrifices less against both its E-Class sibling and the competition should make it even more appealing to this group of buyers.

April 5, 2019
By PrinceAli from Detroit Michigan
Owns this car

I love this car from its unique style to the performance it’s very fun to drive and comfortable, mine is a 2013 and everyone thinks it’s the latest module Mercedes. Highly recommend it if you want a family sedan but still fun

CLS550 is a beast...but could use better seats

Car is awesome. Huge engine, tons of power off the line and at speed. It also has great lines...really a beautifully engineered car. I drive the car a lot though and I can say that I've never had a car with a more uncomfortable driver's seat. It's too soft and not nearly supportive enough for a car at this price point. They've changed it in later years, so they clearly solved the problem...so my lack of recommendation is only for the 2013. Otherwise, I love the MB CLS550... 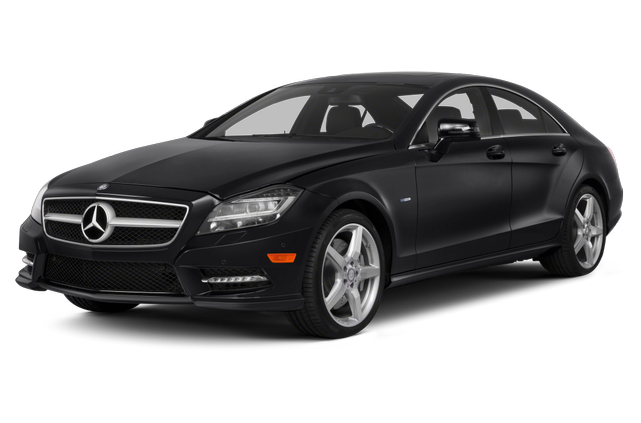 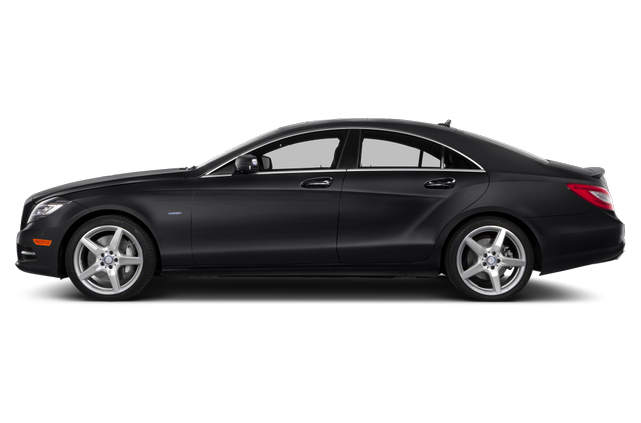 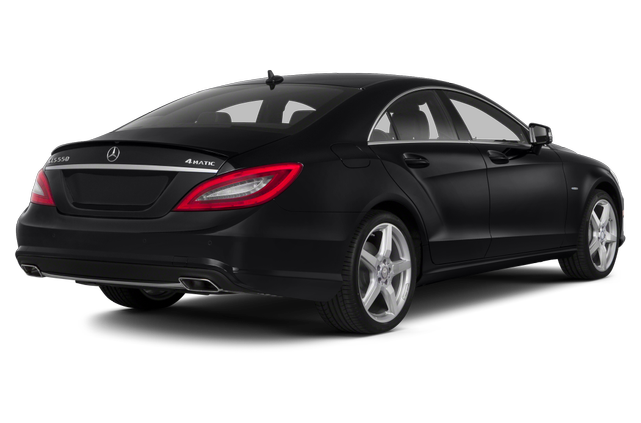 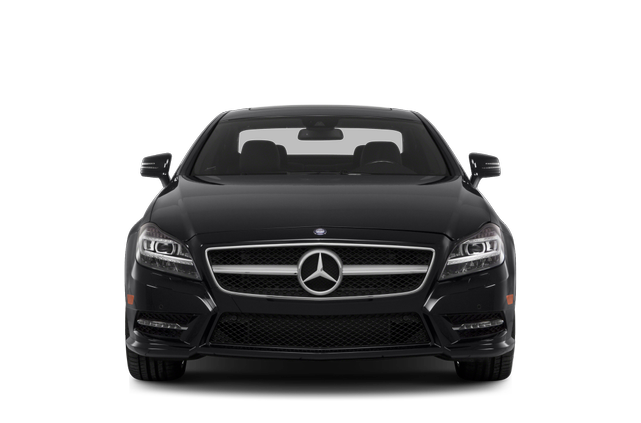 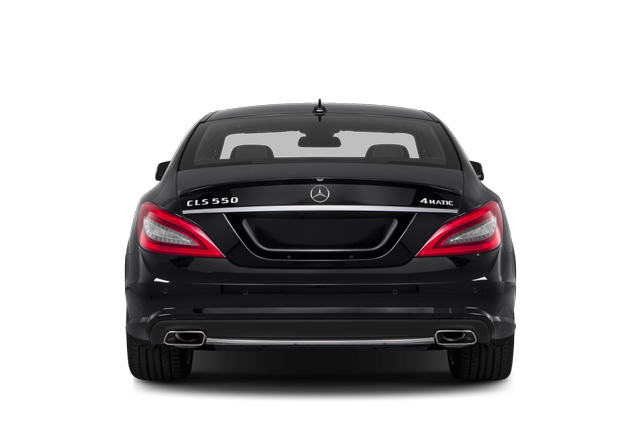 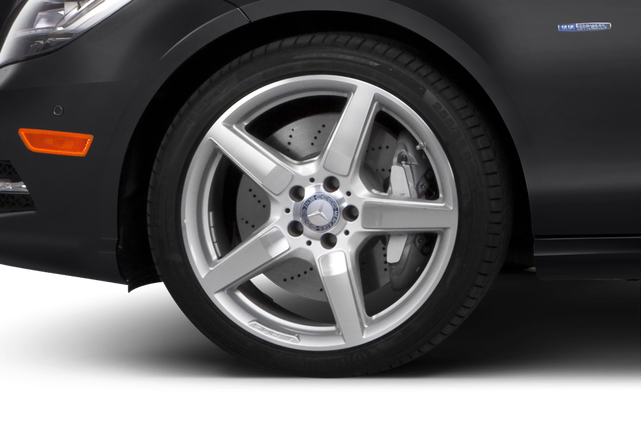 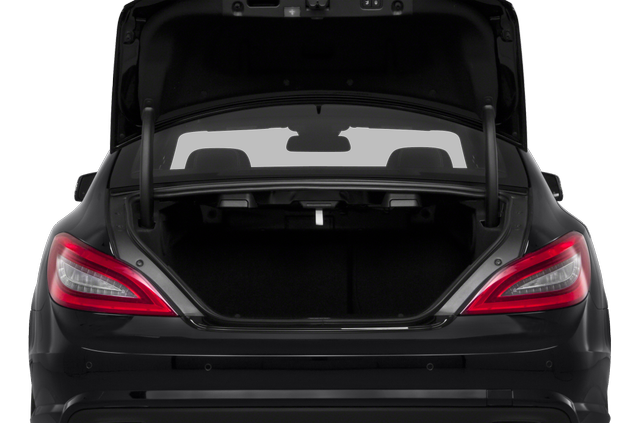 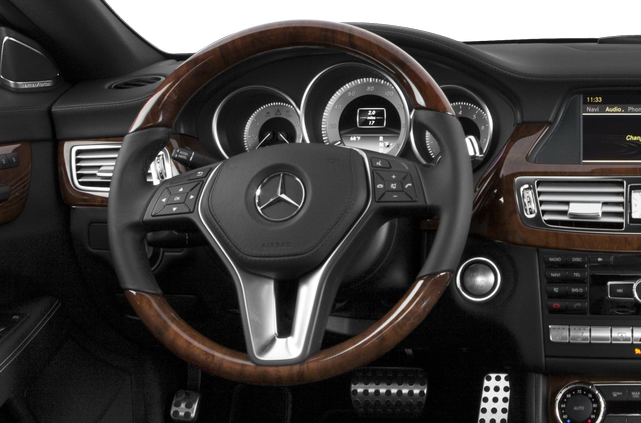 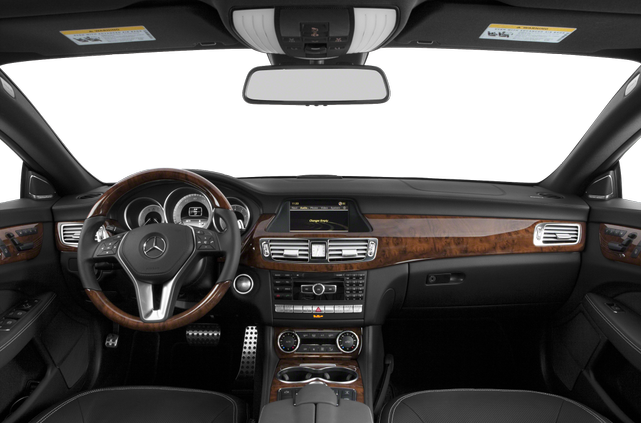 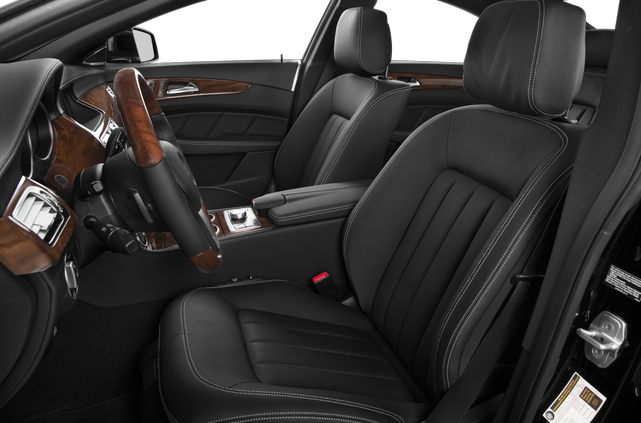 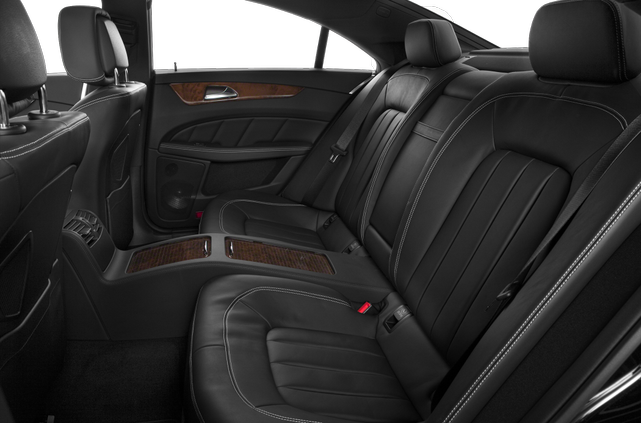 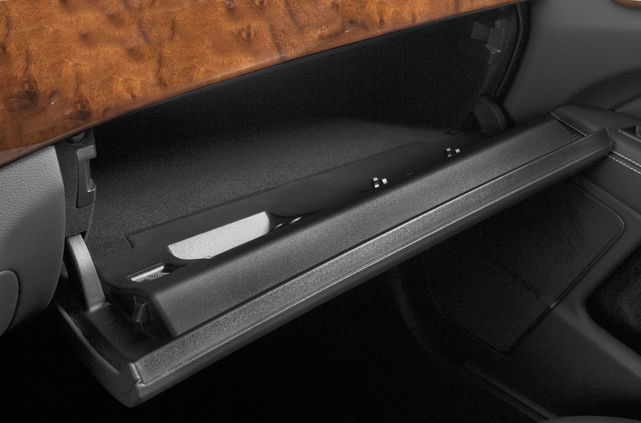 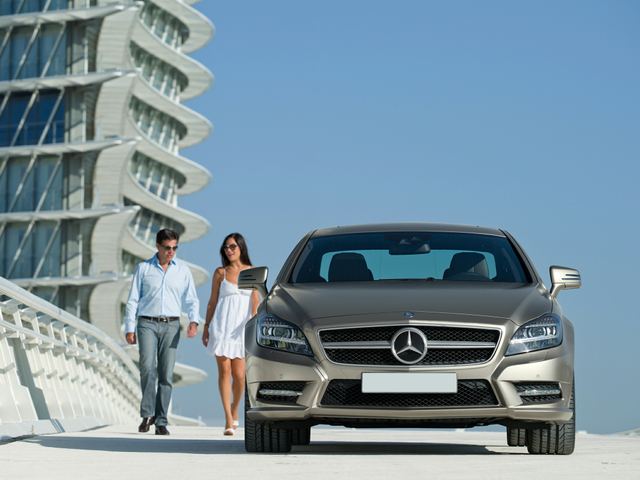 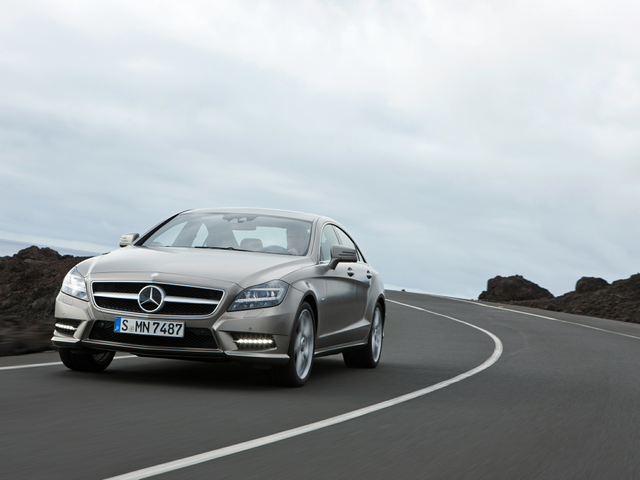 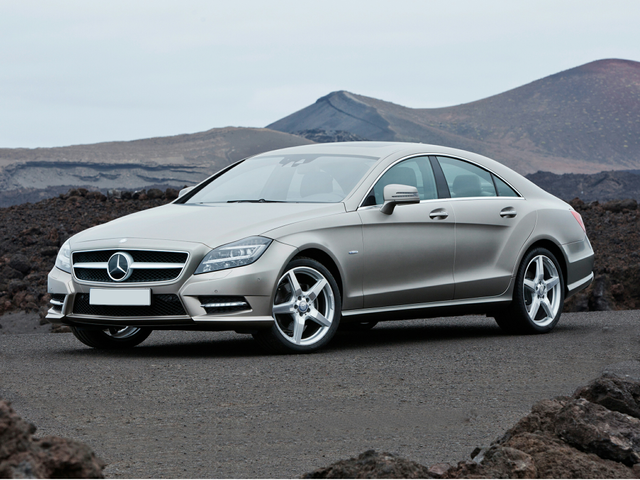 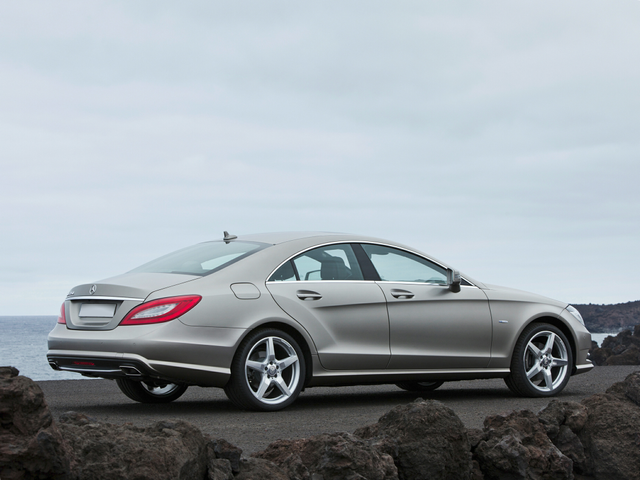 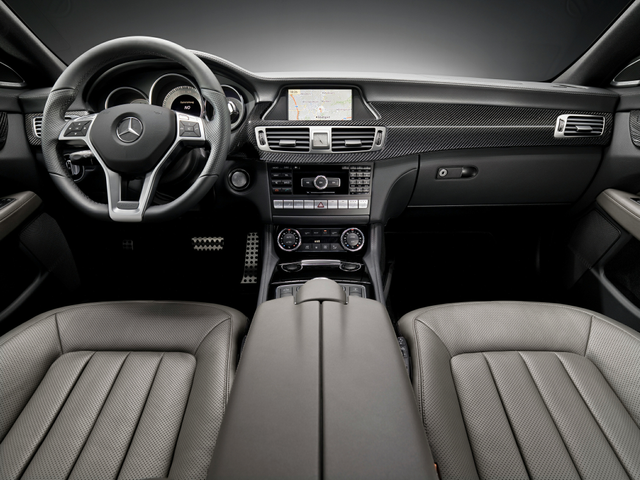 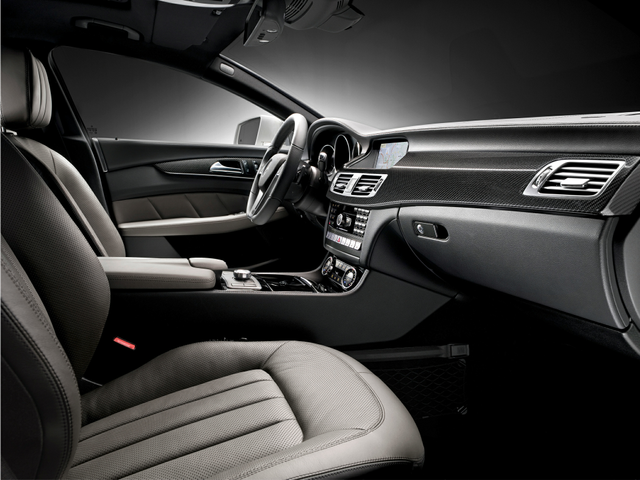