Our 2013 Mercedes-Benz G-Class trim comparison will help you decide.

The 2013 Mercedes-Benz G-Class SUV is an absurd, over-the-top fossil of a car that people drive to be seen. Whether that justifies owning one depends on how much money you have.

The G-Class’ underpinnings date back 33 years, and it takes less than 33 seconds to see evidence of that. Hit the key fob, and the locks clatter open. The door frames, complete with exposed hinges, look like something jungle thugs would drive in a Schwarzenegger or Stallone flick. The cabin is a mix of automotive history and materials befitting the SUV’s six-figure price. This is what NBA players, Kardashians and other upper-crusties drive — the automotive equivalent of an antique, wind-up pocket watch.

Mercedes-Benz updated the G-Class for 2013 with minor styling tweaks, a remodeled interior and an updated AMG variant: the 544-horsepower G63 AMG. Compare the two here, or stack up the 2013 and 2012 G-Class here. We tested a G550, whose six-figure price gives it few direct competitors beyond Land Rover’s Range Rover and a well-optioned Porsche Cayenne. Compare them here.

Like Driving a Building
The Mercedes-Benz G-Class’ body-on-frame architecture is built for all-wheel-drive off-roading and towing, as its 7,716-pound maximum towing capacity attests. But the resulting highway manners make for an experience that’s like driving a building. The solid-axle suspension — a setup preferred by hard-core off-roaders — lopes along clumsily at highway speeds, sending soft shudders through the chassis over expansion joints. Wind noise is admirably low for an SUV with the aerodynamics of a boxcar, but constant tire rumble persists.

Changes in direction produce saggy, will-it-tip-over body roll, and anything close to an evasive maneuver has the standard stability system cutting gas and clamping brakes until the SUV rights itself. Not that you’d ever want to drive aggressively; the steering employs an outdated, recirculating-ball setup, and it might as well connect to the front wheels through a telegram messenger. Swing the wheel left or right, and the nose … eventually … responds. Steering feedback is a numb mess, as is the G-Class’ awful 43.5-foot turning circle. Drive lightly; the G550 shouldn’t be flung around.

At least Mercedes’ 5.5-liter V-8 matches well to the SUV, which weighs the equivalent of two Honda Civic sedans. Typical of Mercedes-Benz, the accelerator has a relaxed, gradual progression, but the normally aspirated V-8 hurries the G550 to highway speeds if you push the gas hard. The standard seven-speed automatic displays some kickdown lag but little gear hunting, and a Sport mode eliminates some of the initial gas-pedal sleepiness.

Mercedes estimates the G550 hits 60 mph in just 6 seconds — crazy quick for something this size. The penalty (no surprise) is gas mileage, which the EPA rates an awful 12/15/13 mpg (city/highway/combined). The twin-turbocharged G63 AMG hits 60 mph in just 5.3 seconds with similar EPA mileage. It also has larger disc brakes, which might improve on the G550’s soft, unresponsive pedal.

I suspect the G-Class’ prodigious off-road capabilities will find minimal usage, but even those capabilities seem yesteryear. The full-time four-wheel-drive system employs a two-speed transfer case and locking front, center and rear differentials — serious hardware. Our tester’s wheels clawed easily through wet, tire-deep mud, but without the height-adjustable suspension that other pricey SUVs employ, ground clearance in the G-Class is just 8.1 inches. The Lexus LX has 8.9 inches; the Range Rover adjusts up to 11.6 inches. Mercedes-Benz says the GL-Class can ford 19.7 inches of water; the Ranger Rover can handle 35.4. Approach and departure angles fall short of Land Rover’s flagship SUV, too.

Old with the New
A redesign this year added some more contemporary pieces to the Mercedes-Benz G-Class’ short, shelf-like dashboard — among them a tablet-like navigation screen and a steering wheel and center controls that match those in Mercedes’ other cars. The sky-high seating position affords a view of the tops of most other cars, aided by an upright windshield and spindly A-pillars. High-grade leather and wood surrounds you, and the Harman Kardon stereo can blat out distortion-free hip hop, which seems the only appropriate music to blare in a Mercedes-Benz G-Class.

The comforts largely end there. The front seats have short cushions that sag forward as you elevate the seats. Even with the seat-angle adjuster in full-reverse tilt, I felt like I was sliding off. Tall adults will find front legroom scant, hampered by too little rearward adjustment range. A single, flip-out front cupholder hangs your latte inches from the front passenger’s knee, and various interior pieces — the solid metal sunroof, the door locks — look lifted from a 1985-era Mercedes-Benz. The rear seats have adequate legroom and a high seating position, but accessing the cargo area’s respectable 45.2 cubic feet of space requires opening a heavy swing-gate — and minding the limited clearance behind.

Safety, Features & Pricing
The Mercedes-Benz G-Class has not been crash-tested. Standard features include front airbags plus side curtains for both rows, but no torso-protecting side-impact airbags. Antilock disc brakes and an electronic stability system are also standard. The G63 AMG gets larger front and rear discs. No blind-spot warning system here. Click here for a full list of safety features.

The Mercedes-Benz G550 starts at about $115,000. The G63 runs more than $135,000, or about the price of Land Rover’s top-tier Range Rover Autobiography Edition. Neither the Mercedes-Benz or AMG version G-Class has any factory spec options. Standard features include 18-inch alloy wheels, leather upholstery, cooled and heated front seats, heated seats in back, a navigation system and Harman Kardon audio with USB/iPod integration and Bluetooth phone and audio streaming — plenty of luxury, but well short of the massaging seats, panoramic moonroofs and backseat entertainment systems offered in other upper-crust SUVs.

The AMG G63 adds 20-inch wheels and unique bodywork, as well as the turbo V-8. Shell out more cash, and Mercedes-Benz’s Designo program can outfit either G-Class with a multitude of custom paint and leather options.

G-Class in the Market
Mercedes-Benz has no plans to shelve the G-Class body-type anytime soon. Press materials for a loosely related concept car that debuted at the 2012 L.A. Auto Show mused that the iconic off-roader could still be around in 2025. Given the Mercedes-Benz G-Class’ past few decades, it may not look much different by then. It’s like that wind-up watch: all style, limited usability. Problem is, cars these days need to be so much more.

I’ve owned this car for over three years. I love driving it. It’s an SUV/sports car. Built like a tank. It’s been a good reliable vehicle.

Rating breakdown (out of 5):
6 people out of 6 found this review helpful. Did you?
Show full review
1.6

Rating breakdown (out of 5):
6 people out of 8 found this review helpful. Did you?
Show full review
4.7

Batteries get weak sometimes from sitting up. But thats expected with most Mercedes when they sit up for a while. Hand built quality that you can feel overtime you get in the vehicle. it is a solid vehicle. Built like a Tank.

Rating breakdown (out of 5):
4 people out of 4 found this review helpful. Did you?
Show full review
See all 9 consumer reviews 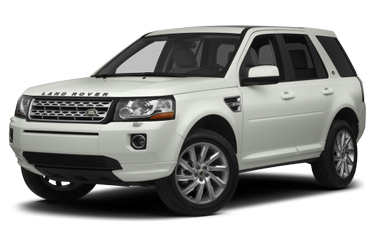 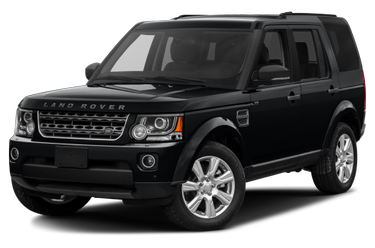 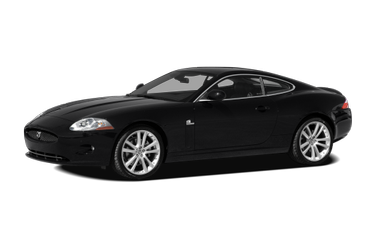 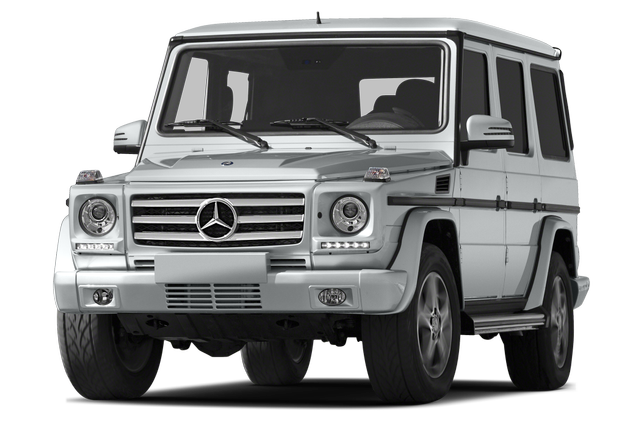 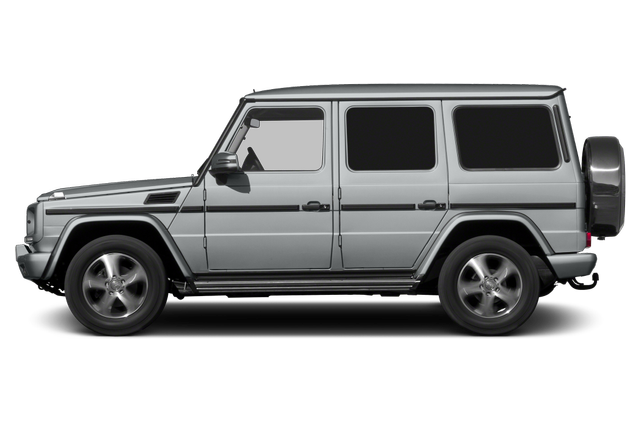 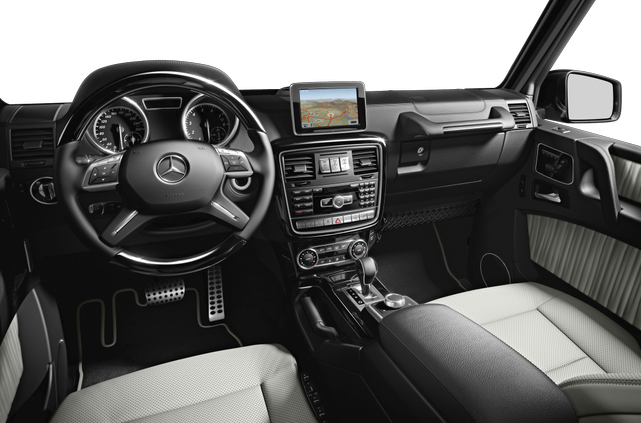 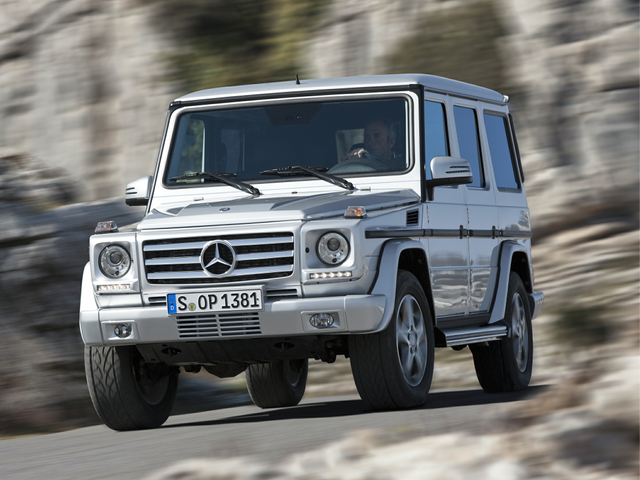 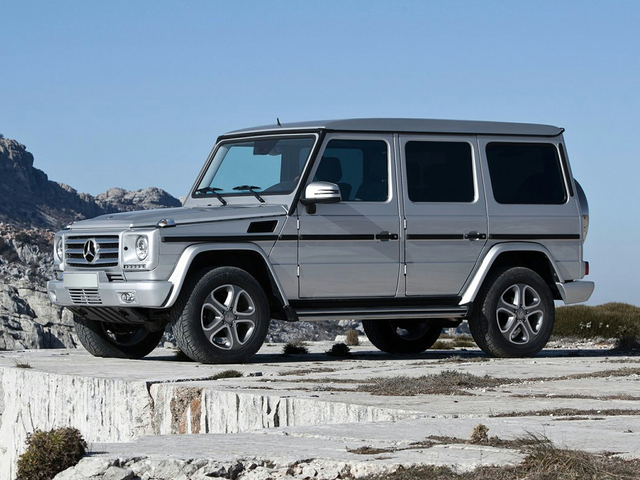 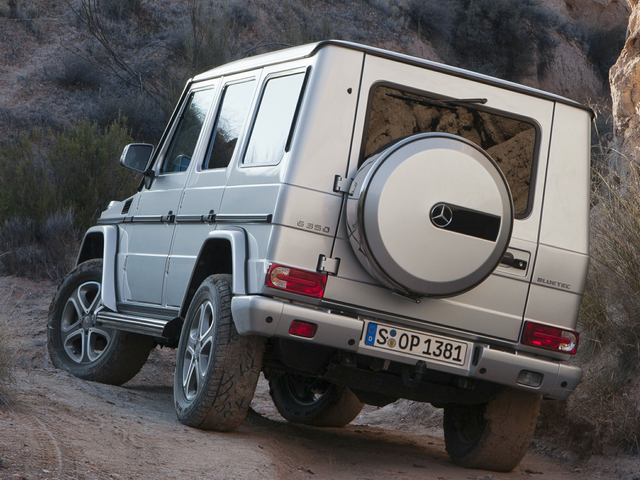 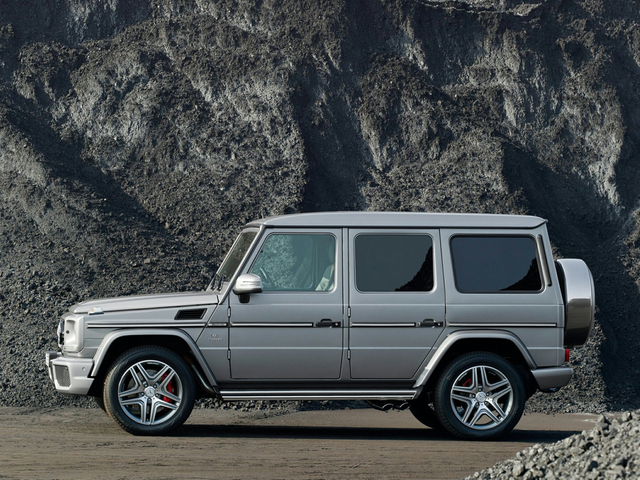 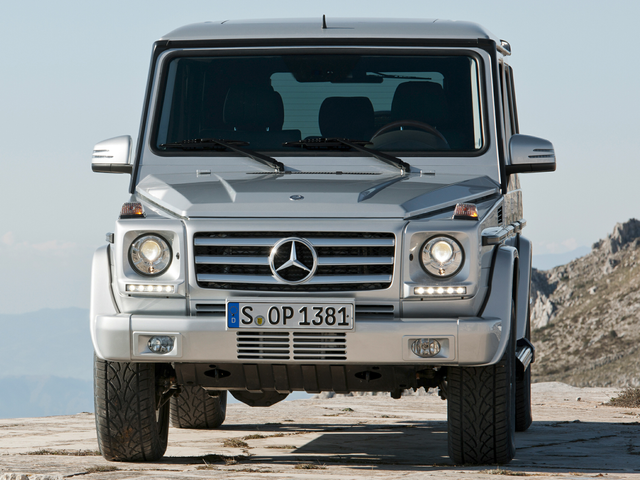 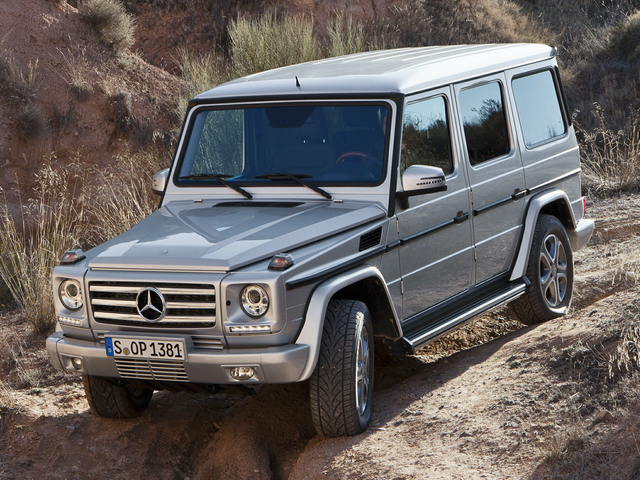 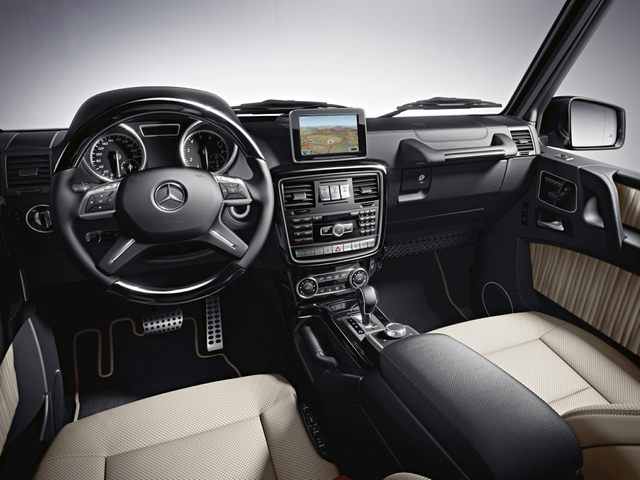