Our 2013 Mercedes-Benz GL-Class trim comparison will help you decide.

Piloting the redesigned 2013 Mercedes-Benz GL450 feels like driving a massive bank vault — solid, quiet and heavy. And if you’re not careful with the option sheet, you’ll need your own bank vault to pay for it.

Certain vehicles are made with specific markets in mind. The Mercedes-Benz GL-Class is one of them — an expensive luxury SUV designed for the American market, built in Alabama and aimed at wealthy Americans’ love for big, fancy trucks.

Larger than international luxury SUVs like the Land Rover Range Rover but smaller than domestic models like the Cadillac Escalade, the GL-Class has been a hit for Mercedes-Benz both in the U.S. and internationally, spawning several powertrain options and even a high-performance AMG trim. It’s the big papa of the Mercedes-Benz SUV lineup, slotting above the midsize ML-Class, which itself sits above the compact GLK-Class. The fourth SUV in the Benz lineup is the G-Class — a limited-production, ultra-expensive retro-wagon that is essentially a German Hummer.

We recently tested the new third-generation 2013 Mercedes-Benz GL450 4Matic, a midlevel V-8-powered version, to see if this truly is the market’s best big SUV. We also drove the high-performance GL63 AMG, which you can compare with the rest of the lineup here. To compare the new GL-Class with the previous-generation 2012 model, click here.

Not Your Typical Alabama Truck
Family-haulers come in many shapes, styles and prices in the U.S., with the GL-Class ranking near the top of the SUV food chain. A choice of powertrains is available, ranging from a surprisingly efficient (yet torquey) Bluetec diesel V-6 in the GL350 to a hugely powerful twin-turbo 5.5-liter V-8 in the top-of-the line AMG version. Our GL450 was the middleweight contender, powered by a twin-turbo 4.7-liter V-8 making a respectable 362 horsepower and 406 pounds-feet of torque. All engines are mated to a seven-speed automatic transmission driving a permanent all-wheel-drive system that Mercedes-Benz calls 4Matic. Another V-8 is available in the GL550, still 4.7 liters but with more aggressive turbo programming, making 429 hp and 516 pounds-feet of torque. If you simply must have the biggest, baddest ride on the block, opt for the GL63 AMG with its twin-turbo 5.5-liter V-8 cranking out 550 hp and 560 pounds-feet of torque.

Our GL450 tester had plenty of power for acceleration, passing and cruising, while the GL63’s ferocious acceleration is far more than you’ll ever need. Both SUVs required a heavy foot in order to tap into it, however. With either drivetrain, throttle response and transmission kickdown was unacceptably slow: Decelerate at an intersection, make a right turn and push the gas to accelerate again, and nothing happens for a measurable second. So you push further into the gas, and suddenly the truck kicks down and leaps forward, snapping everyone’s head back. Perhaps this is a trick Mercedes-Benz is trying in order to encourage slower driving and higher fuel economy, but it results in some frustrating dynamics in around-town use. A selectable Sport mode in the GL63 hastens accelerator response to quell some of the lag, which is worst in the drivetrain’s Comfort mode.

That really is our only complaint about the driving experience, however, as the rest of the GL450’s behavior is quite civilized. The electrically boosted power steering is direct and well-damped over broken pavement, but doesn’t inspire athletic driving. The brakes are more than up to the task of stopping this 5,401-pound beast without fade, with a firm, progressive pedal and confident control. Previous sampling of both the GL350 diesel and GL550 V-8 reveal them to be equally civilized machines, at home on high-speed cross-country treks as well as low-speed crosstown errands. Highway stability is commendable even in strong crosswinds, and the all-wheel drive is surefooted in slippery, icy conditions. Aside from the throttle and transmission interaction, driving the GL450 is a serene, luxurious experience.

Among its myriad upgrades, the GL63 AMG gets unique steering tuning and active stabilizer bars atop an adaptive suspension that’s optional on lesser GL-Class models. (The active stabilizer bars can be had with a pricey Active Curve System, which is optional on lesser GL-Class models.) For such an elaborate setup, the results underwhelm. On bumpy roads, the chassis quivers about; broken pavement induces hints of floaty, disconnected wheel-hop — a degree of clumsiness that’s unbecoming of a six-figure performance SUV.

The GL63 boasts generous ride comfort, even in the sportiest of the suspension’s three settings. Dial it there, and the SUV barrels into sweeping curves with little body roll. Our tester’s P295/40R21 Z-rated tires stuck to the road like chewing gum to a desk. Unfortunately, none of those settings address the SUV’s straight-line composure — and when the pavement turns bumpy, the downsides show.

The Luxury Life
Living with the GL is equally cushy. Our GL450 was opulently appointed with thick, soft leather (a $1,620 option) and practically unlimited adjustability that could bring almost anyone to a comfortable driving position. The front seats also featured Mercedes’ massage system ($1,100), which inflates and deflates air bladders at timed intervals to create a kind of pressure-point massage. It doesn’t actually feel like a massage, though; it’s more like someone pushing you in the back. This is no Brookstone rolling massage shiatsu chair, but it isn’t half bad if you’ve spent all day in tiny regional jets and airport lounges.

The rear seats were equally comfortable, and our tester GL450 had DVD screens ($1,950) in the front-seat head restraints for rear passengers. The switches and buttons had a slick, high-quality feel, and the gauges were large and easily legible. The meaty steering wheel was covered in grippy leather and smooth wood ($590), with matching burl walnut on the instrument panel, center console and doors (included with the leather seats). At night, any of three colors of ambient lighting glowed softly from behind trim pieces to create a thoroughly modern atmosphere (part of a $3,500 Premium Package).

The GL is fully up-to-date in terms of electronics, featuring a full suite of standard connectivity options including Bluetooth cellphone link with streaming audio, a backup camera, keyless entry and start, and the company’s optional mbrace2 information and entertainment package.

The audio system’s sound quality is top drawer, but its operation is less than stellar. Selecting a preset radio station, for instance, is a multiclick operation. Mercedes uses a five-way selector and knob combination on the center console instead of a touch-screen, which saves the screen from smudgy fingerprints but does take some time to learn to use well. The menus are not arranged for ease of operation while in motion, but they are complete and offer the ability to adjust just about everything in the cabin — from the length of the driver’s seat-bottom cushion to the type of air distribution, direct or diffuse. Thankfully, climate controls are given their own clear, easy-to-use hard buttons.

The interior’s biggest asset is its versatility. This is a seven-seat SUV with two decent-sized third-row spots for adult-sized humans. It’s accessed by perhaps the simplest seat-folding mechanism ever devised: Push a button on the top of the second-row seat, and the seat folds down and forward automatically, even dropping the head restraints and powering the front seats forward automatically to free up clearance as necessary. Replacing the seat is done manually, but requires just a simple flip back into position. If you need cargo room more than passenger room, the second-row seats fold in a second configuration that allows for a flat cargo floor, maximizing the GL’s space.

Behind the third row of seats is 16 cubic feet of cargo room, climbing to 49.4 cubic feet with the third row stored. With the second row folded, maximum cargo room in the GL is a sizable 93.8 cubic feet. This compares favorably with competitors like the Land Rover Range Rover (71.7 cubic feet) and Audi Q7 (72.5 cubic feet), but comes up short of bigger trucks like the Cadillac Escalade (108.9 cubic feet). Click here to see a comparison of these models.

Safety
The GL-Class has not been crash-tested.

Like most well-optioned Mercedes vehicles, the GL450 has a host of electronic safety equipment, a laundry list of “-Matic”, “-Magic” and “-Tronic” branded systems. Our test GL450 SUV featured the standard 4Matic all-wheel drive and Airmatic height adjustable air suspension, as well as Parktronic active park assist (an automatic parking function) and Distronic Plus automatic braking function. Few of these types of safety feature come standard, however, aside from the Collision Prevention Assist, an electronic system that detects objects in front of the vehicle and adjusts applied braking force depending on whether or not a collision seems imminent. It can even employ the Pre-Safe function, which applies the brakes automatically, although one wonders — what if you want to smash through whatever is in front of you?

In the Market
Finding an exact competitor to match up to the GL is somewhat difficult, as it is an unusual animal — a seven-seat, premium SUV with a wide price range. Our GL450 tester started at $64,805, including a $905 destination charge, but the GL350 with the Bluetec diesel engine starts at an even lower $63,305. Options can add up quickly, however, as our tester proved — an astonishing $23,130 in options alone brought the sticker up to $87,935. And that isn’t even the top end of the GL line. The GL63 AMG starts at $117,830 and can be optioned up to a loaded $123,775 — doubling the initial entry price for a GL.

This means competitors come in two flavors — ones that compete with the more rationally priced base models, and ones that better match up with the GL’s outrageous, high-performance versions. At the lower end of the spectrum, the GL competes with big trucks like the Cadillac Escalade, which seats up to eight (in extended-length models) but is built on a GM truck platform that is decidedly less sophisticated than the GL in just about every way. The aged Escalade’s only real advantage is interior room and the availability of that even larger extended-length model. The Audi Q7 might be a good alternative, seeing as how it, too, seats seven and is considerably less expensive than the GL; the least expensive GL is still priced nearly $2,000 more than the most expensive Q7. But the Q7 comes up short of the GL’s interior volume. That leaves the Land Rover Range Rover, which can certainly hold its own with the GL on price, luxury and equipment, especially the Range Rover’s high-end, 510-hp V-8 model. But it is a smaller truck than the GL, seating only five, and the Land Rover’s high-end model’s price makes the GL63 AMG look like a bargain. To see how the GL compares with its competitors, click here.

Mercedes-Benz has created something fairly unique with the GL — a large, premium SUV that can fulfill a lot of roles and is tailored specifically for well-to-do American families. Less gaudy and more sophisticated than an Escalade but more useful than a Range Rover, the biggest Benz SUV fills a niche that competitor brands have yet to match.

The best car I owned

Rating breakdown (out of 5):
7 people out of 8 found this review helpful. Did you?
Show full review
4.1

Best top of the line car I've own so far.

This truck looks like a beast but runs and handles like a full size sports car. The air suspension works great when its packed with all our camping gear. This truck is sharp enough for a black tie event and tough enough to go camping. Very happy with my truck.

December 21, 2020
By Shy from Jacksonville, fl
Owns this car

Rating breakdown (out of 5):
9 people out of 9 found this review helpful. Did you?
Show full review
See all 39 consumer reviews

All model years for the Mercedes-Benz GL-Class 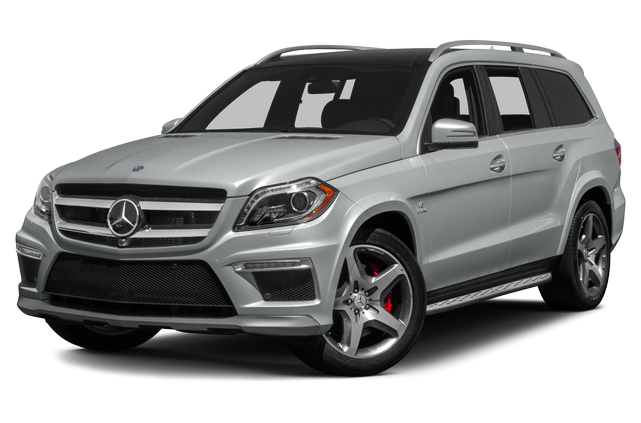 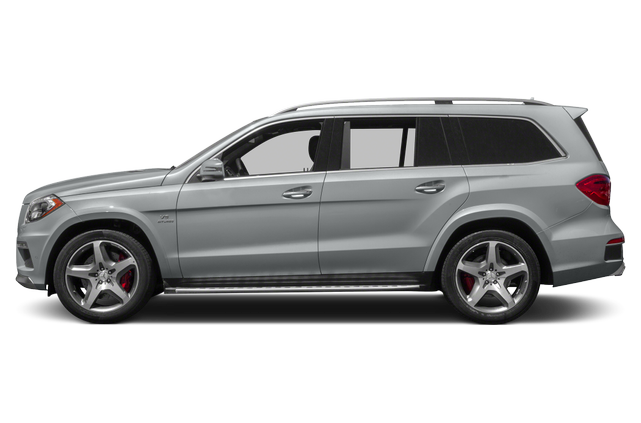 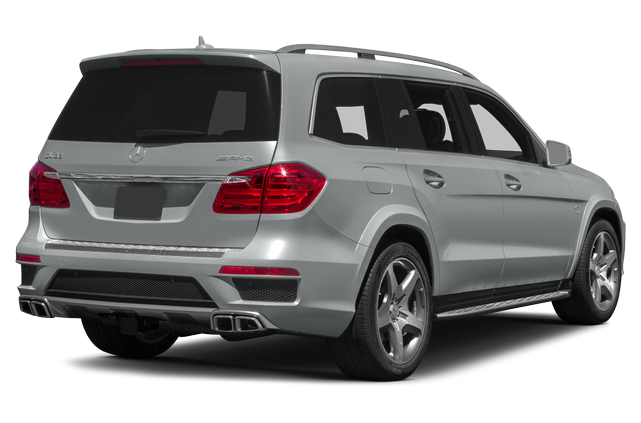 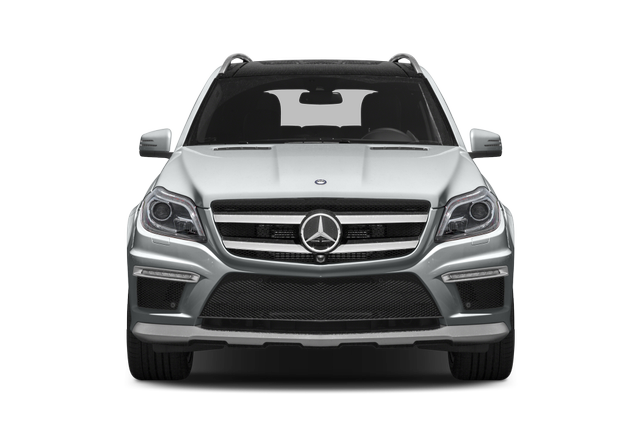 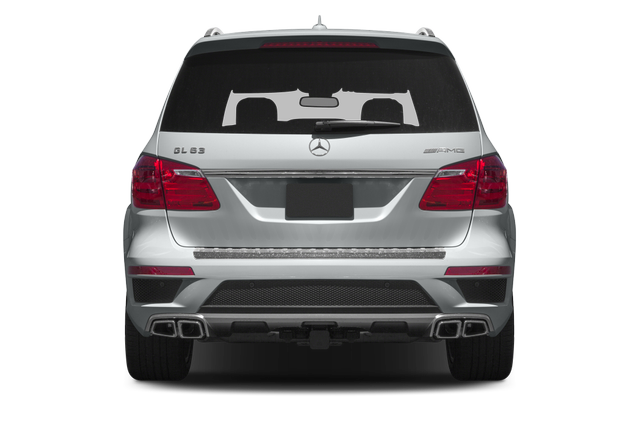 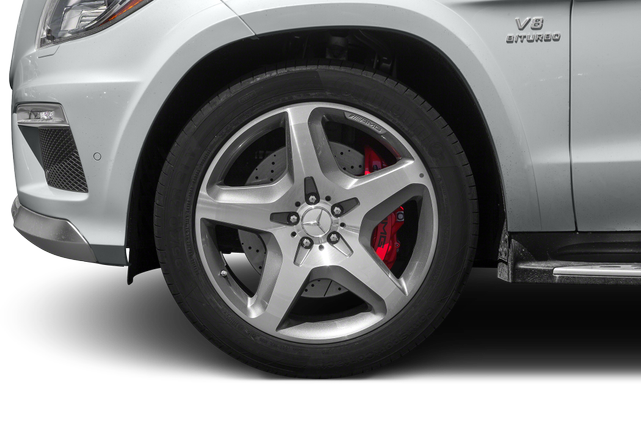 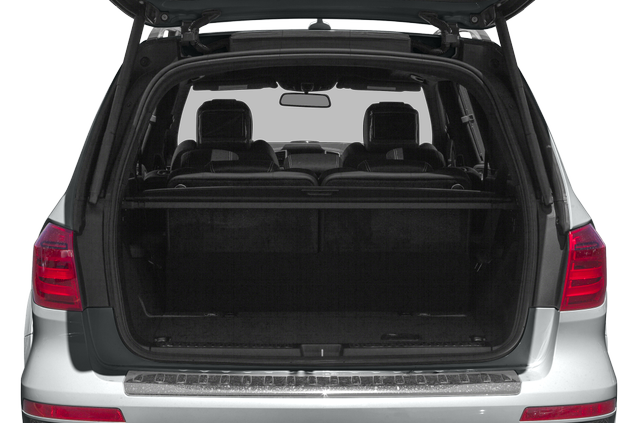 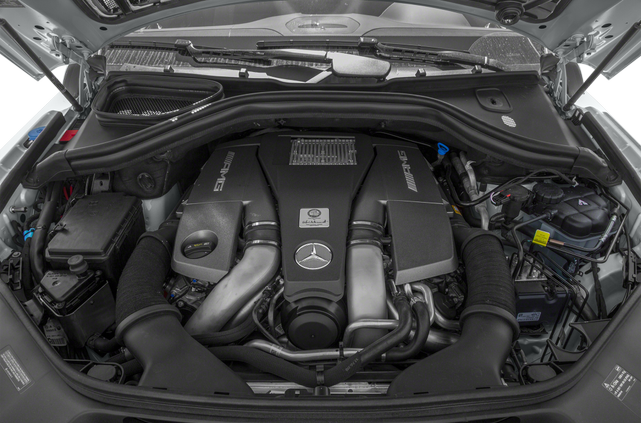 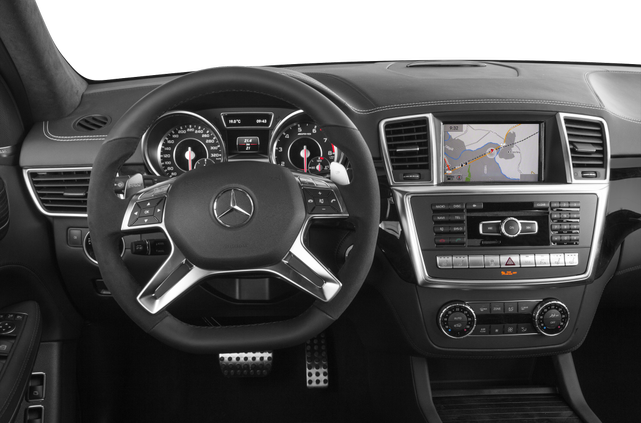 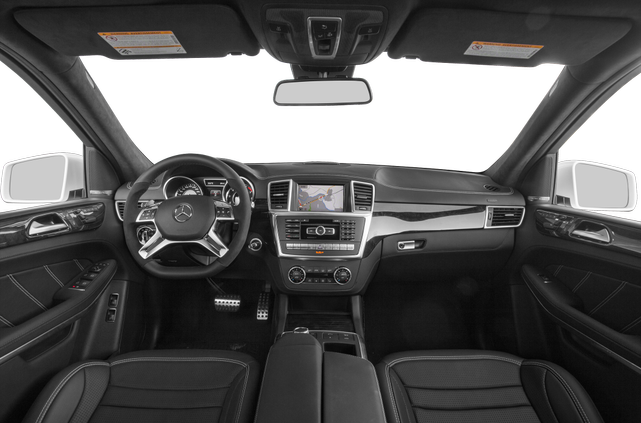 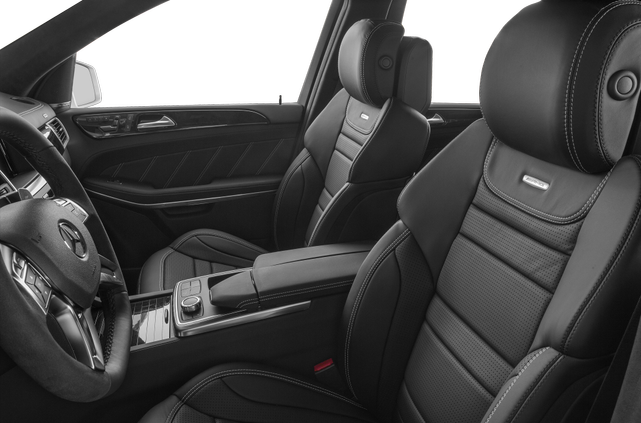 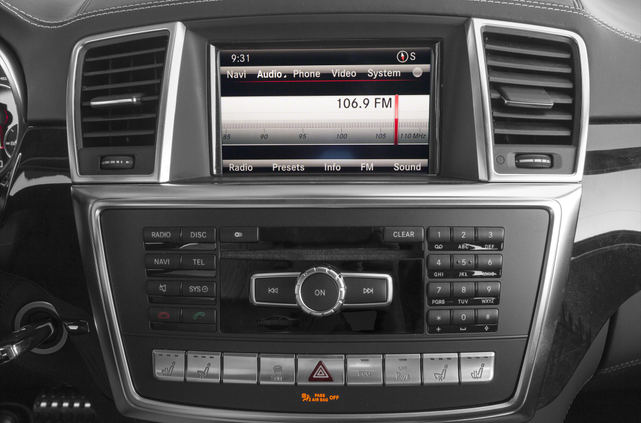 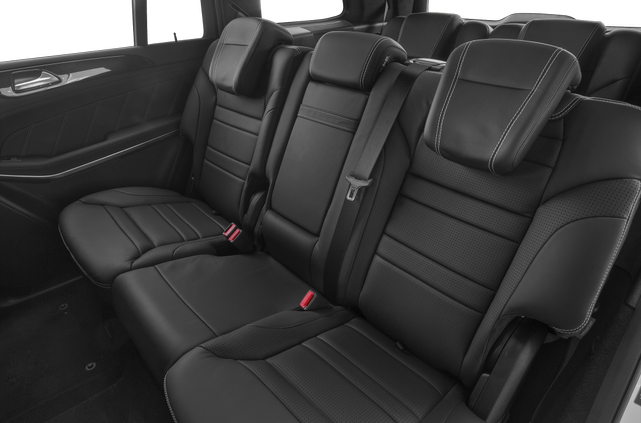 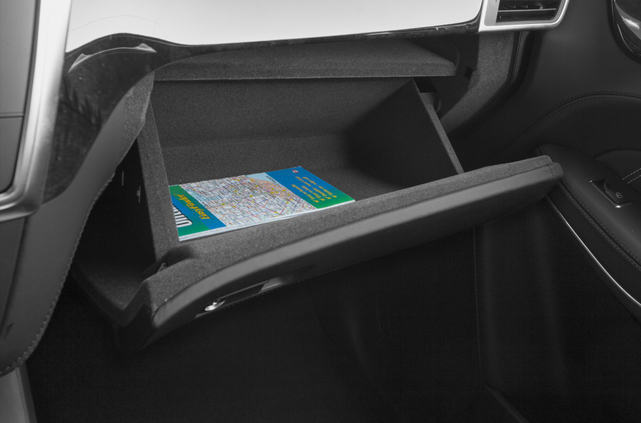 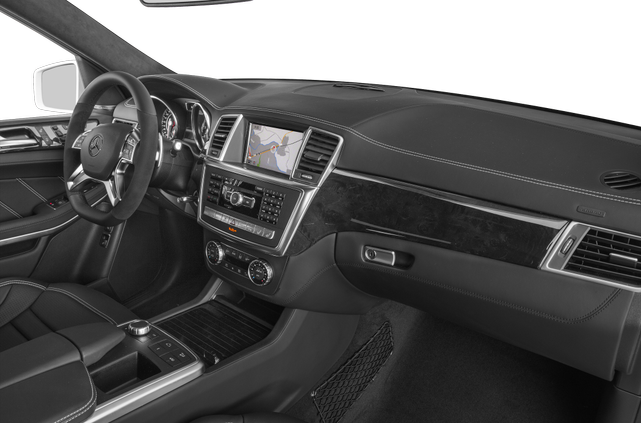 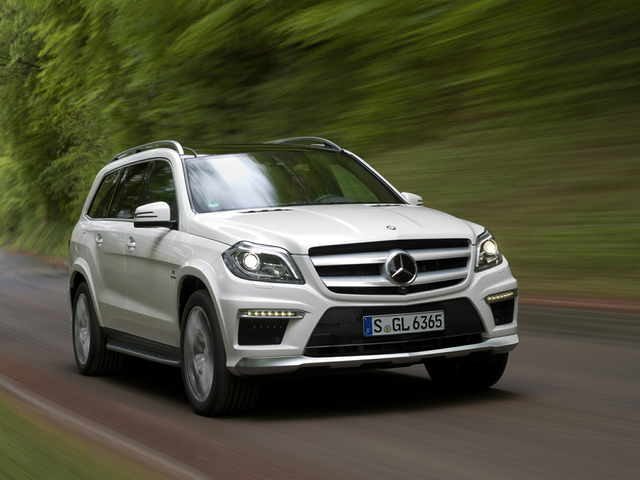 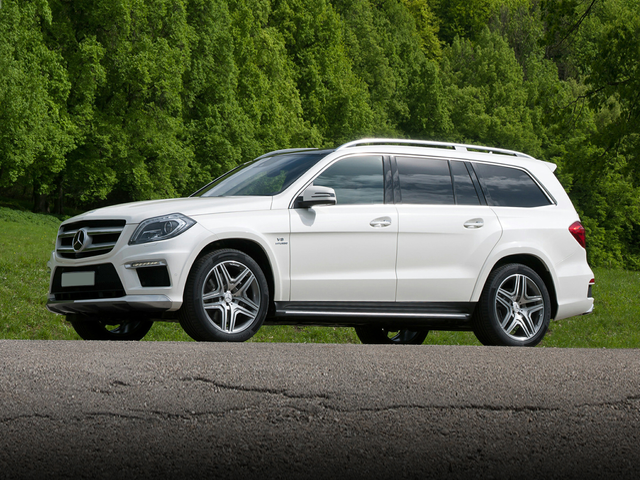 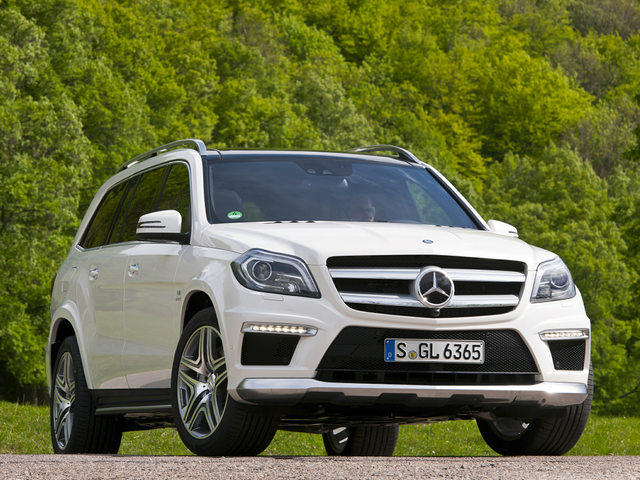 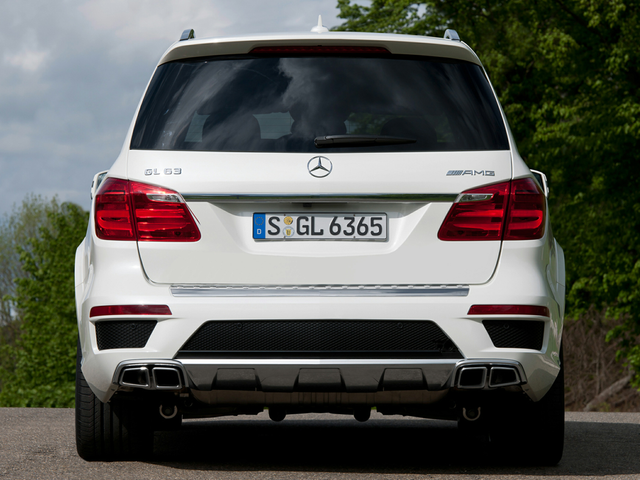 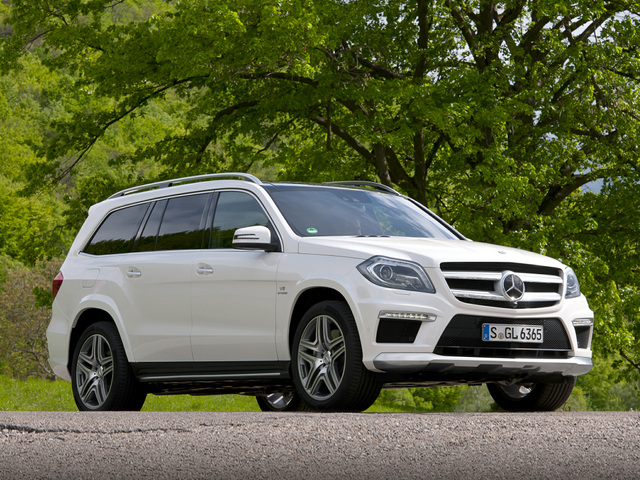 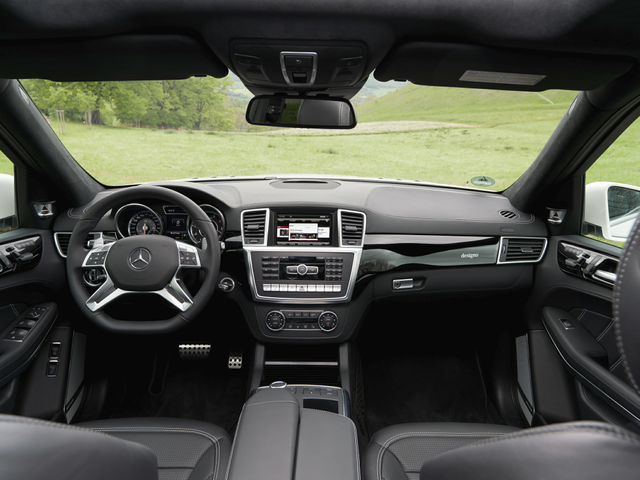 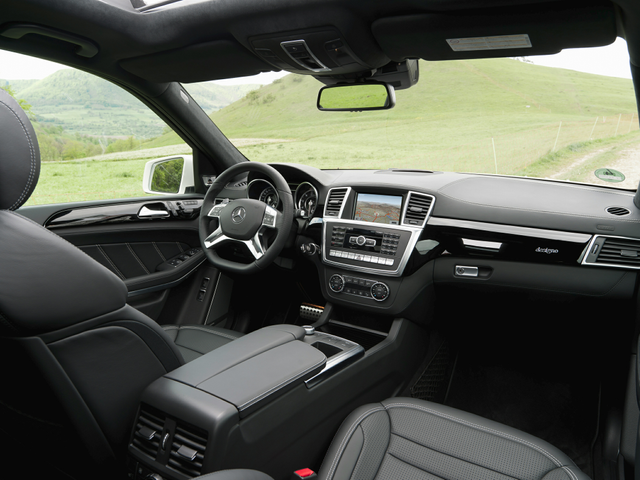