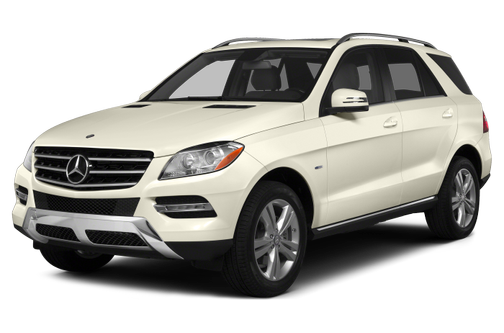 Our 2013 Mercedes-Benz M-Class trim comparison will help you decide.

Editor’s note: This review was written in January 2012 about the 2012 Mercedes-Benz M-Class. Little of substance has changed with this year’s model. To see what’s new for 2013, click here, or check out a side-by-side comparison of the two model years.

With the 2012 M-Class, Mercedes brings the comfortable, luxurious driving experience of its flagship S-Class sedan to its most popular SUV.

If you don’t like to be disturbed by the world around you when you drive, this redesigned luxury SUV is for you.

We tested the ML350 Bluetec, which is powered by a 240-horsepower, turbocharged 3.0-liter V-6 diesel engine and gets an EPA-estimated 20/27 mpg city/highway. Its starting price is $50,490, but with options our as-tested price climbed to $64,465. To see a side-by-side comparison with the similar Audi Q7 and BMW X5, click here.

Styling
The 2012 M-Class retains many of the previous generation’s styling cues, like a wide front grille and forward-swept C-pillars, but the new design looks more substantial and imposing. Contributing to the more muscled look is an upright front end and a boxier overall shape. Whether or not you like the new styling will depend on your preference for evolutionary rather than revolutionary design.

The Inside
The redesigned interior mixes familiar styling cues with new design themes. Thanks to greater use of wood trim — especially on the dashboard — the cabin looks richer. There were, however, some annoying rattles in our test car, and I noticed some chassis flex.

Having driving a lot of cars lately, the commanding views afforded by the M-Class were a reminder of one of the reasons people like SUVs. The front bucket seats are supportive without being overly firm, and there’s room for taller drivers to get comfortable (I’m 6-foot-1). Simulated leather upholstery is standard, while real leather is optional. With a starting price of nearly $50,000 for the M-Class, you’d think you could get real leather without having to pay extra.

Backseat comfort is decent; there was enough legroom with the driver’s seat adjusted for me. There’s not as much thigh support as I’d like, however, and the backseat doesn’t slide forward or backward for additional cargo space or backseat legroom. The split backrest reclines by lifting a lever at the base of the seat.

The backseat folds flat with the cargo floor, but you first have to flip the seat cushion forward and make sure the head restraints are lowered. This is a dated, cumbersome design that was once common in SUVs but has largely been abandoned, which makes its presence in a redesigned luxury model all the more unusual.

Mercedes updated a key interface — the Comand system — and the changes make the M-Class’ entertainment features easier to use. Prior versions of the SUV had a keypad on the dashboard that filled the role of the knob controller that’s been used in other Mercedes models for years. From a usability perspective, it was a poor substitute. The redesigned M-Class’ new center console incorporates a control knob just in front of the armrest. With this setup, Comand is one of the easier integrated systems to use thanks to intuitive on-screen menus navigated by simple knob movements.

Diesel Delight
Despite its hefty, 5,040-pound curb weight, the ML350 Bluetec moves out well, with power in reserve at midrange speeds. The diesel’s power characteristics are well-suited to towing, and the SUV is rated to tow up to 7,200 pounds when properly equipped.

The diesel’s stout low-end torque enables this; it produces 455 pounds-feet from just 1,600 rpm, which is considerably more than the gas V-6’s 273 pounds-feet of torque that arrives at a higher 3,500 rpm. All versions of the SUV have a seven-speed automatic transmission and all-wheel drive.

Diesel engine refinement has come a long way, and the M-Class’ diesel V-6 is evidence of this. It starts up quickly, even when outside temperatures are hovering around freezing, and idles smoothly. You can hear a little bit of diesel clatter when outside the SUV, but once you step inside it’s sufficiently muted. The engine sounds a little bit different from a gas engine when accelerating, but it’s close enough that your passengers won’t suspect anything — until you pull up to a truck stop for fuel.

The diesel’s fuel economy advantage over the gas V-6 is a nice benefit: The EPA rates the diesel at 22 mpg in combined city/highway driving versus 19 mpg with the base gas engine, a 16 percent improvement. I got around 23 mpg, mostly on suburban streets and highways with little stop-and-go traffic. Depending on how much diesel fuel costs where you live, some of the money gained from better mileage could be lost at the pump. A gallon of diesel cost $4.39 when I filled up in suburban Chicago, and nationally it’s 17 cents more than premium gas, which the gas M-Class uses. There’s also the matter of the up-front expense for the diesel M-Class, which starts at $1,500 more than the base gas version.

Ride & Handling
The M-Class evokes the S-Class’ driving experience in a few ways. For one, it feels especially substantial and planted when cruising on the highway, enhancing driver confidence and lowering driving effort. In tighter confines, like when pulling into a parking garage, the M-Class feels wide, and I found myself creeping forward gingerly.

Then there’s the steering: The optional wood and leather steering wheel spins with a well-oiled smoothness and enough power assistance to kill any hopes of steering feedback. This kind of isolating driving experience is something Mercedes has perfected, so if this is what you’re looking for, the M-Class delivers.

Our test car had Mercedes’ optional Airmatic air suspension, which offers Comfort and Sport modes. The difference between the two is subtle. Sport lowers the SUV and firms up the ride, which makes it feel like someone stole the gel inserts out of your shoes; you feel small bumps in the road that the Comfort setting had soaked up.

The M-Class’ brake-pedal feel is not as direct and linear as it should be. At times, it feels like there’s a giant block of foam between the bottom of your foot and the brake pedal.

Safety
The 2012 M-Class was deemed a Top Safety Pick by the Insurance Institute for Highway Safety, meaning it received the top score of Good in front- and side-impact crash tests, as well as for roof strength and whiplash protection.

Standard safety features include antilock brakes and an electronic stability system, which are required on all new vehicles as of the 2012 model year. Also standard are front and rear side-impact and side curtain airbags, a knee airbag for the driver, and active front head restraints. Mercedes’ standard Attention Assist system monitors driver behavior and issues a warning if it detects drowsiness, while Pre-Safe cinches the front seat belts, adjusts the front head restraints, and closes the sunroof and side windows if it senses an impending crash.

M-Class in the Market
Automakers have a fascination with sportiness, even to the point of giving minivans and pickup trucks a performance slant. The SUV segment has likewise been touched by this phenomenon, and some of the results have been unremarkable. That’s why the M-Class, in ML350 Bluetec form, is so refreshing: It doesn’t try to be something it’s not. While some of its competitors will continue to emphasize sportiness, the 2012 M-Class gives luxury shoppers a comfort-oriented option.

Rating breakdown (out of 5):
5 people out of 5 found this review helpful. Did you?
Show full review
1.0

Worst place to buy at

It look really nice. Days after it started dropping oiled. Took it to the Mercedes Benz for a check and they said the car's engine was really bad.

A beautiful car and ride.

Rating breakdown (out of 5):
2 people out of 4 found this review helpful. Did you?
Show full review
See all 62 consumer reviews

All model years for the Mercedes-Benz M-Class 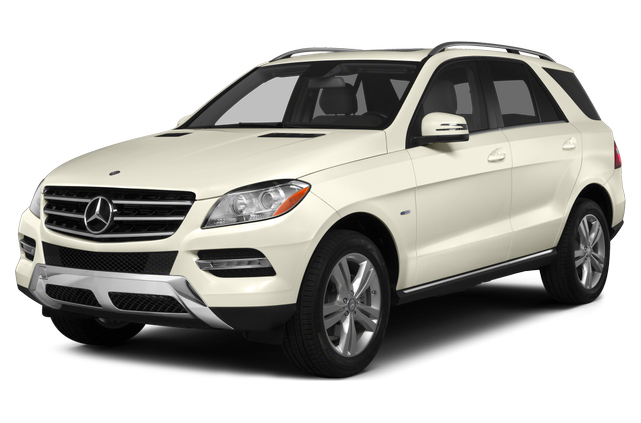 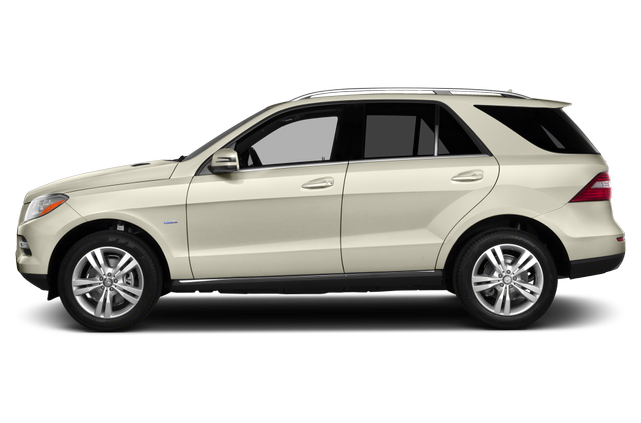 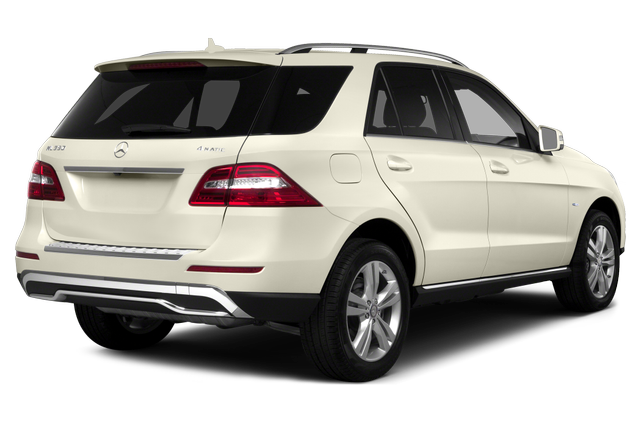 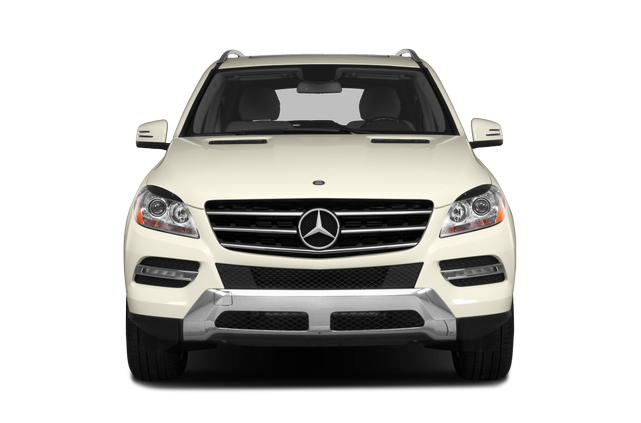 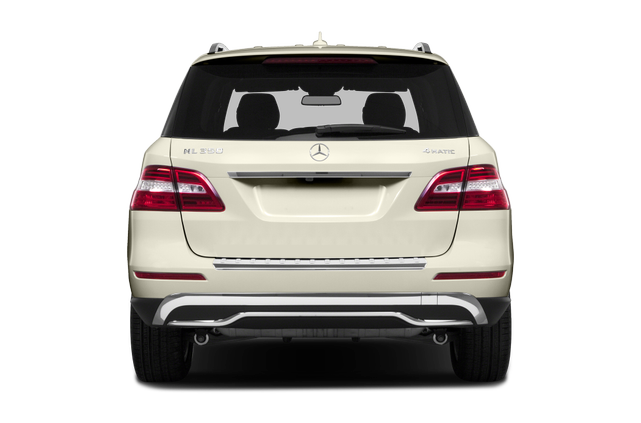 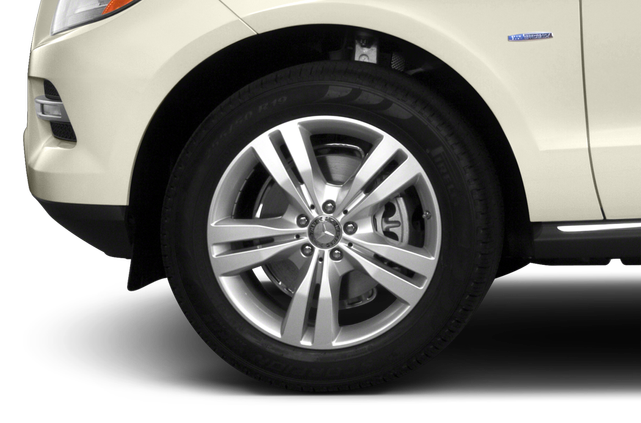 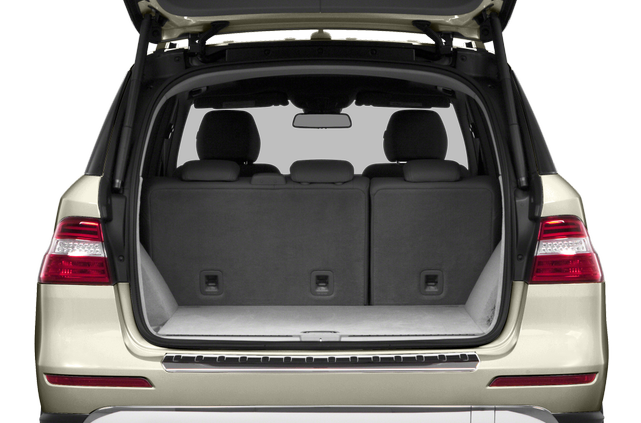 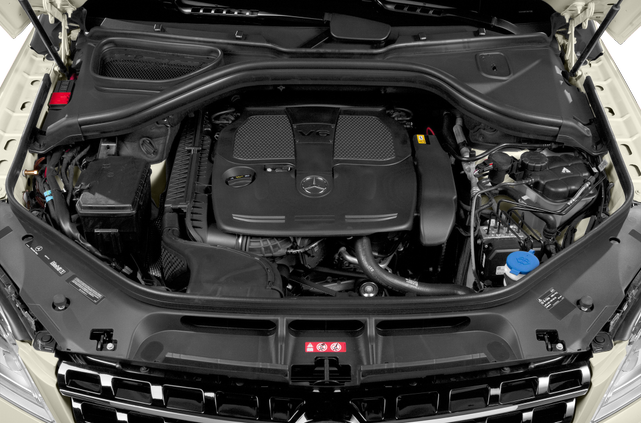 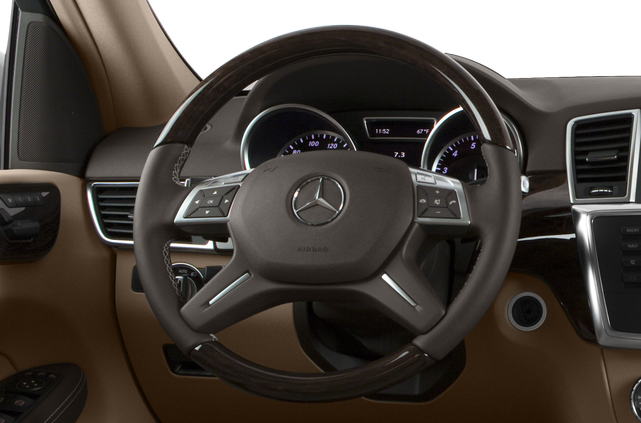 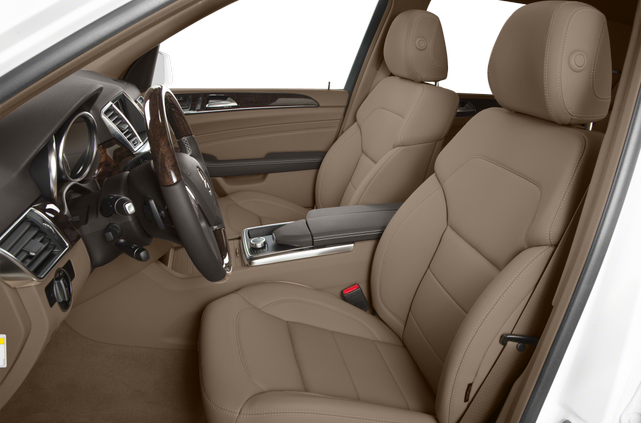 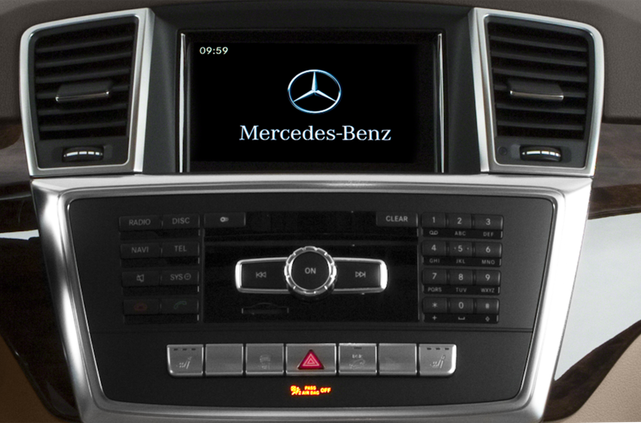 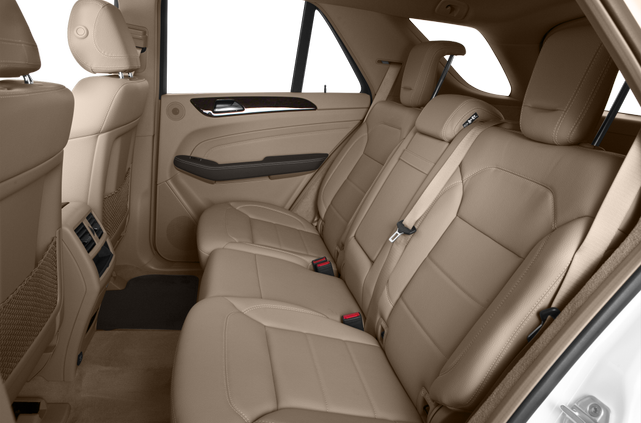 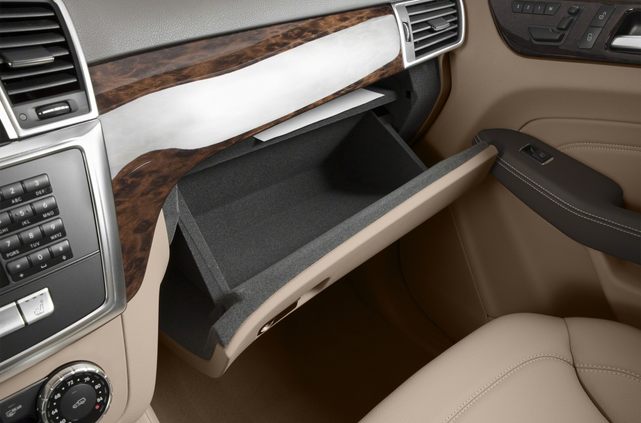 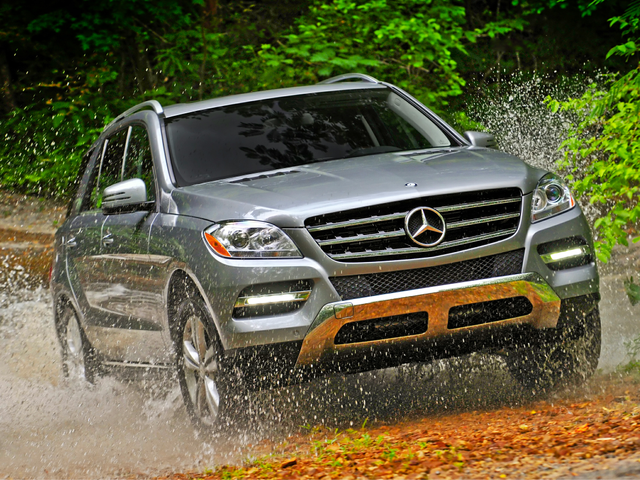 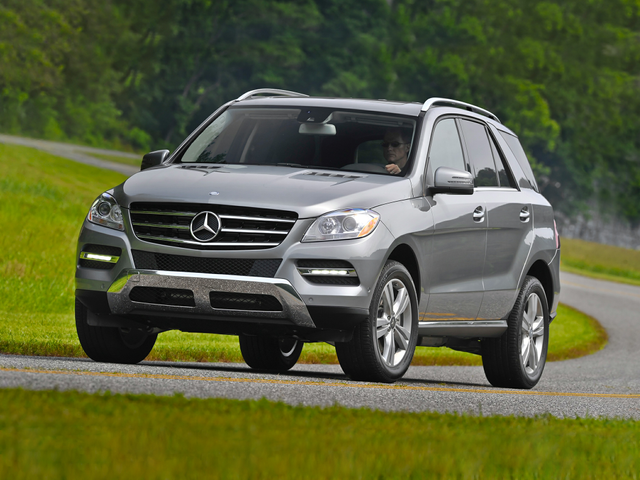 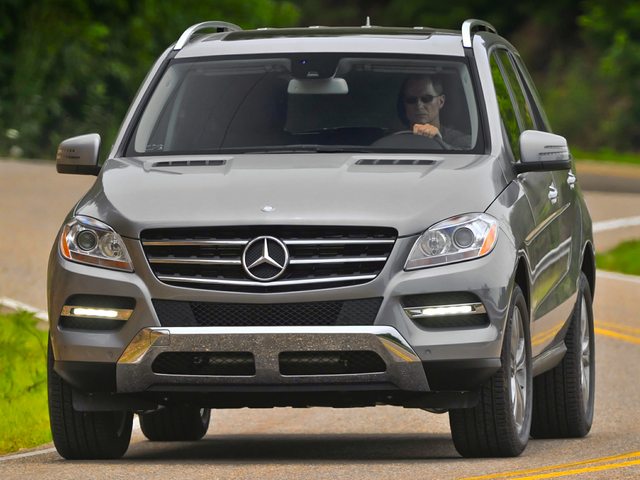 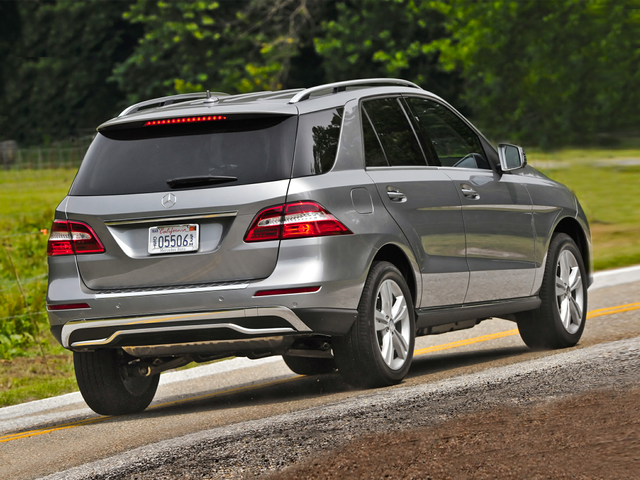 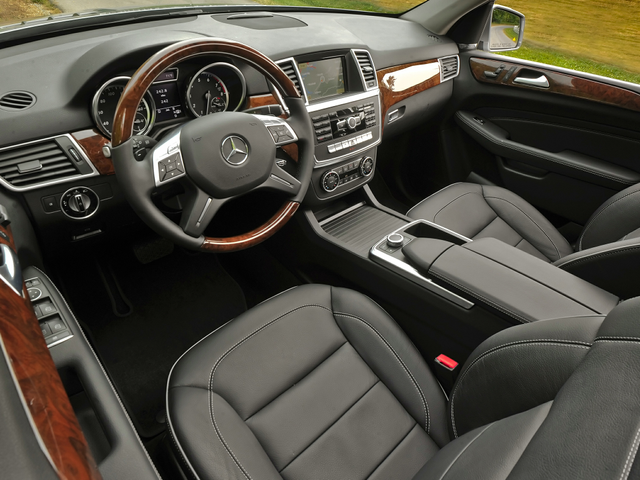 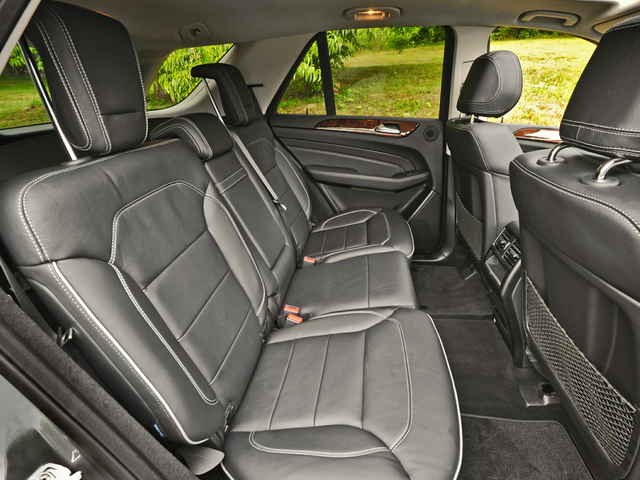