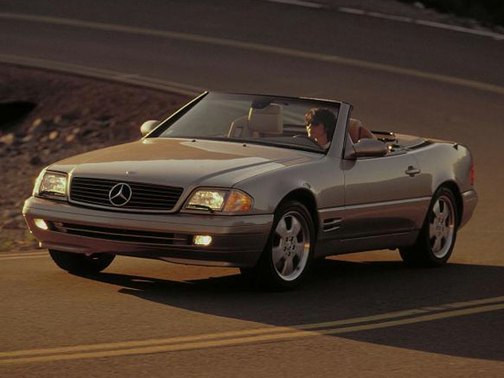 Our 2000 Mercedes-Benz SL-Class trim comparison will help you decide.

This car’s got a mind of its own.

I am coming into Boston from the north on a wet day, up on the bridge just before the Fleet Center. Traffic’s not bad, but there are vast puddles.

Don’t tell my last driving instructor this, but I do not have my hands at the 10- and 2-o’clock positions on the wheel. I’ve got one hand draped over the wheel, trying to gently coax the car through the slop, feeling what it wants to do. But something else is driving the car. I hit a puddle, and the car slows and corrects itself to keep going straight ahead.

I hit a steel expansion joint on the bridge, and whatever slight traces of spin that wet steel imparts to the rear-drive wheels is picked up and the car goes into electronic stability mode. I notice the same thing later on a loose gravel road. The Mercedes SL500 wants to drive itself. Even with electronic stability off, it does its own braking when a rear wheel starts to slip.

But maybe when you buy a Mercedes, this is what you are looking for: straight-ahead power and the virtual certainty that you will not get into trouble.

This 8-cylinder (12 cylinders available in the SL600), two-seater is the sports car for those who want hunkered-down reliability, solid weight (more than 2 tons) that does not get skittish on corners, and cruising almost like a luxury sedan’s.

It is a long, gorgeous wedge of car, made more eye-opening because of the luxury of its special interior.

This is one of the 10 special-edition models in a new European-inspired factory program called Designo. It is aimed at solid Mercedes buyers who are ready to stretch their limits just a bit and put together their own package of designer amenities — those amenities coming in the forms of paint, leather, and wood.

Elegant in the right hands, customer choice can sometimes lead to garish combos.

“Looks like Elvis’s bedroom,” a friend said as he gazed upon the red and black leather interior of my black diamond SL500. But to each their own, though the possibilities for elegance or gaudiness will be limited since Mercedes plans to produce only 250-500 of each Designo model annually.

So forget color and hop inside.

Fine, soft leather seats. Firm sides from hips to shoulders. Long, broad and firm base with myriad levels of adjustment behind and below. Move the seat back and the seat belts adjust and the headrests rise, assuming if you are moving back, you are likely taller than the seat’s last occupant.

Grab the leather-wrapped wheel and look around.

Light controls in a pod to the left. Straight ahead, a package of gauges — gas gauge alone, a grouping that includ es oil and water readouts and one for miles per gallon at current operation, then the speedomoter and tachometer in separate rims, and, off to the right, the clock.

Simple controls at center dash: climate up top, audio below, and just below that a hodgepodge including controls for the trunk lid, towing protection, central locking, hazard lights, stability control, adaptive dampening, and the roll bar.

Controls for windows, mirror, heated seats, and the convertible roof are clustered around the stick for the five-speed, electronically-controlled, automatic (with driver-adaptive option) transmission.

You’re surrounded by front and side airbags as you gaze out over the long hood. On rainy days, a single, broad wiper blade cleans the windshield with remarkable sweep.

On a sunny day, drop the roof — a remarkable mechanical event in itself. Push a single button and hold it until all is done and the windows go down. The rear quarter of the roof unlatches itself an folds up against the main roof. Now the main roof unlatches with a loud snap from the frame at the top of the windshield and lifts itself. In the rear, a leather panel rises and the roof drops into its storage compartment. The panel drops to cover the roof as the roll bar, which had moved to get out of the way, comes back up, as do the windows.

Cool fall day, maybe too cool for a ragtop? No problem. Crank the automatic climate control to 92 degrees and you are bathed in warmth even as crisp fall air swirls about the car.

You won’t find much storage space — narrow, covered slots in the doors (deep and hard-to-reach bottom in them), and two small storage areas between the seats.

Fire up the engine and a restrained rumble bubbles from the exhaust. Notice that the brake and gas pedal seem to have extra, unnecessary travel in them.

Notice just how long that hood is, and you’ll understand why this car “drives long,” unlike smaller sports cars. It is quiet on the road, cruises at 75 at just over 2,000 rpms.

It is not remarkable off the line and has a strange acceleration lag (almost like a turbo lag). But punch it at speed, while turning 2,000-5,000 rpms, and it jumps to the job, sending the car surging ahead (autobahn-like).

The Electronic Stability Program helps avoid slides and spins by correcting for over- and understeer. It uses torque and brake controls to accomplish this.

It stops fast and straight even from high speeds, ABS aided by a brake assist system that boosts maximum power to the brakes when the pedal is stomped, as in an emergency, and held there.

A solid cruiser. Fast as you wanna be. Reliable. A Mercedes.

— The fabric covering at the lower-front portion of the doors will get rubbed to tatters by the leading foot of emerging occupants.

— The lids on both between-the-seat storage bins jammed repeatedly.

— The popouts in the rocker panels for attaching a jack.

Excellent engineering, makes it a technologically advanced car always ahead of it's time in safety features; beautiful styling gives it a timeless beauty no mater how old it is; exhilarating drive, great handling and great performance. Very reliable mechanically with no issues.

Highest Quality Convertible you can own.

Solid and unshakable. Nobody does it better than Mercedes. German engineering with a twist of fun. This body style is classic and built better than later models.

what needs to be said about an SL500 that you don't know? It has been a sign of class ans style since it's inception!

Rating breakdown (out of 5):
4 people out of 4 found this review helpful. Did you?
Show full review
See all 10 consumer reviews 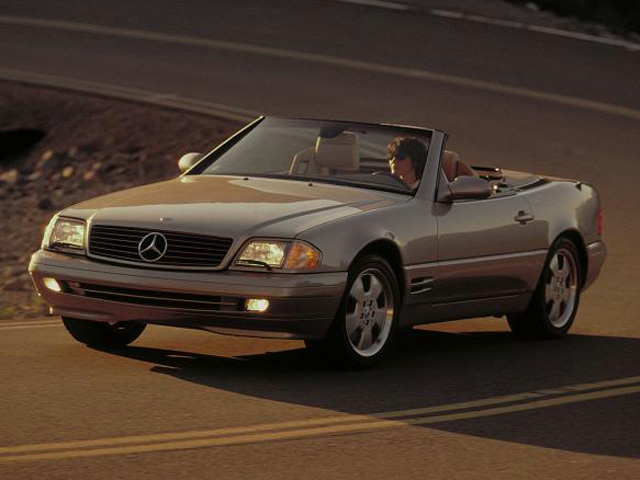 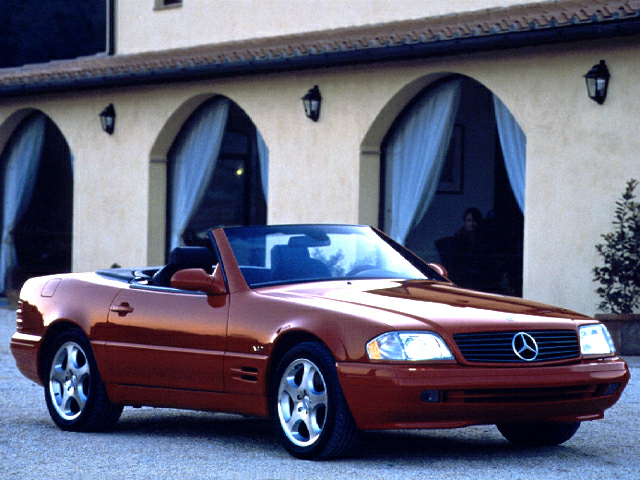 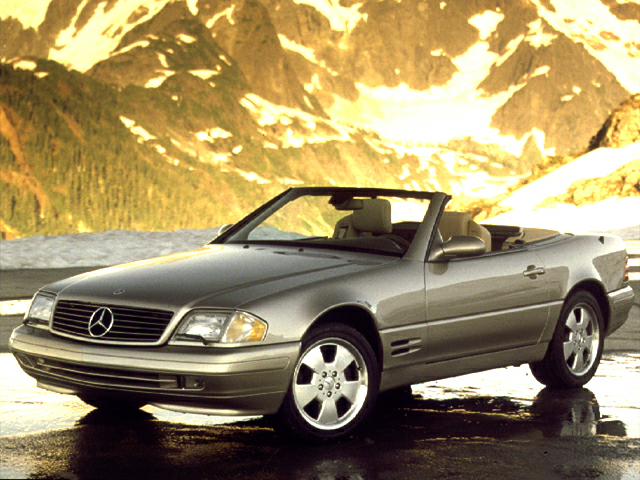 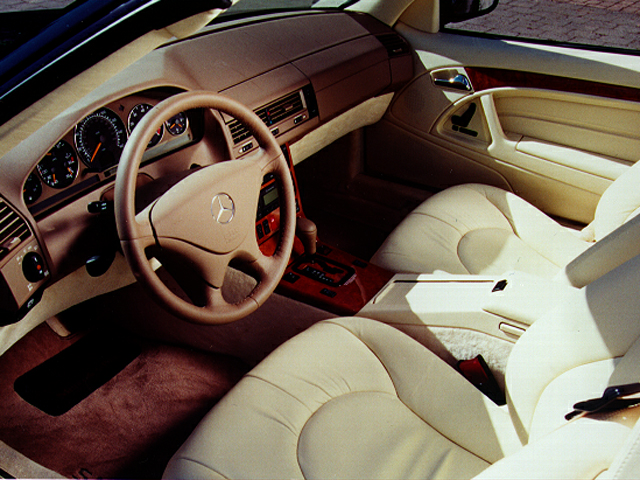