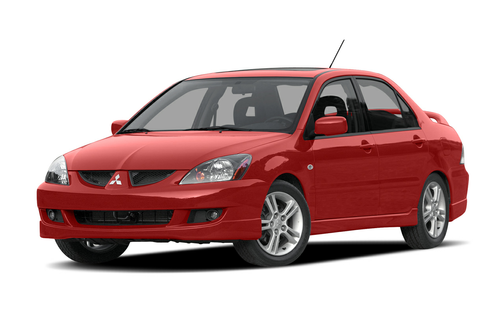 Our 2004 Mitsubishi Lancer trim comparison will help you decide.

Lancer Ralliart is the middle child of the Mitsubishi family of compact sports sedans.

There are three flavors of sport-enhanced Lancers, starting at the top with the fast and furious Evolution, a true high-performance sedan packing a turbocharged 271 horsepower and fully developed race suspension. Known to its pals as Evo, it has become one of the most popular sporting machines among youthful import drivers.

At the other end is the Lancer O-Z Rally, which may look like a tuned import but is actually just a dressed up version of the standard compact car. The 120-horsepower O-Z lacks any real performance equipment and comes across as a mere poseur.

Stuck between them is Ralliart. Although it lacks the frenetic performance of Evo, Ralliart includes significant upgrades in power, handling and braking that makes it a desirable automobile in its own right. Especially when you factor in its moderate price tag (about $11,000 cheaper than Evo) and strong sporting image.

Ralliart is Mitsubishi’s performance wing, the division that creates the high-performance Lancers that have lifted the Japanese automaker’s reputation in World Cup racing and other rally-racing events for 30 years.

As the recipient of the famous name, Lancer Ralliart has a lot riding on its alloy wheels. Its success can be measured in how much driver satisfaction is delivered for under $20,000.

Lancer Ralliart is a solid little performer. Though not as quick as the Lancer Evolution, Ralliart provides a satisfying sports-sedan experience for real-world driving chores as well as back-road jaunts.

The 2.4-liter, 162-horsepower four-cylinder engine is strong enough to back up Ralliart’s sporting image. Enhanced with a sophisticated variable-valve timing system, the four delivers decent torque and horsepower across the rpm range.

The engine is the same unit that powers the four-cylinder version of Galant and Eclipse, and is a boost from the 2-liter, 120-horse four in the standard Lancer.

Coupled with a five-speed manual transmission, Ralliart accelerates smartly with a sharp exhaust note. The shifter is the same tight assembly as the Evo, with favorably short throws between gears. A four-speed automatic is also available.

Ralliart is hunkered down in its suspension, which is firm and responsive without being harsh. Quick steering action and balanced cornering make the little sedan plenty of fun to drive, again backing up its sporty appearance.

Like the regular Lancer, Ralliart comes only in front-wheel drive. That’s unlike the Evo, which delivers power through all four wheels. Ralliart also includes standard four-wheel disc brakes with antilock that are very effective, though maybe not as much as the fierce Brembo brakes on Evo.

Wheels and tires are boosted to 16 inches, with good grip in curves, although be tter performance tires would be a welcomed addition.

Being a small, lightweight car, the Lancer does transmit a noticeable amount of road noise into the interior, especially on rough freeway surfaces.

Restyled for 2004, Lancer looks more substantial and sophisticated than past versions. Ralliart and O-Z models include sporty ground-effects styling and a small rear spoiler. Overall, the look is clean and unpretentious.

With its lowered suspension and attractive wheels, Ralliart conveys enough of a tuned-import look without going overboard. Certainly, it leaves plenty of room for youthful customizing.

Surprisingly spacious, Lancer has plenty of room up front and enough rear-seat space to qualify as an actual sedan. A tall roofline enhances the feeling of spaciousness, as well as providing decent headroom.

A new model for Lancer is the Ralliart Sportback, which adds a practical spin to the performance compact. The Sportback comes only with automatic transmission and a less-aggressive steering ratio than the sedan.

Probably the most appealing part of Ralliart is its moderate price, starting at about $18,000 for a fully equipped compact sedan. That’s only a couple of thousand more than the LS version of Lancer, and certainly a bargain for the high level of standard features and performance.

The test Ralliart came with a $1,400 Sun and Sound package that included a power sunroof and a sweet 315-watt Infinity audio system with CD and an 8-inch trunk-mounted subwoofer. Shipping was $575.

The total came to $19,972, making it affordable to its young target audience.

Forget the comparisons with Evo. Ralliart may not be the same hot performance ticket as the top Lancer, but it delivers the goods in style and performance without the burden of a premium price tag.

most reliable and powerful car i have ever owned

March 10, 2021
By Sleeper from Queensland
Owns this car

the 2004 lancer es that i currently own with 622HP on the 4g94 engine is great. zippy little car gets me everywhere i need to go. i would recomend this car as it has a great interior.

Not happy with it.

I've had my 2004 Lancer for about a year. I bought it used and have had problem after problem. I've replaced the motor, radiator, front axle on driver's side, wheel bearings on both sides in the front, struts in the back. I loved the car when I first got it, but it's been a very big expense for me.

Rating breakdown (out of 5):
0 people out of 0 found this review helpful. Did you?
Show full review
3.2

It was nice to drive.

Modern, clean, felt good behind the wheel. Pro interior leather. Feels like is should've had gloves on and taken it to the track. Interested in a newer model to see improvements to the design. Big fan and Mitsubishi gets a thumbs up. 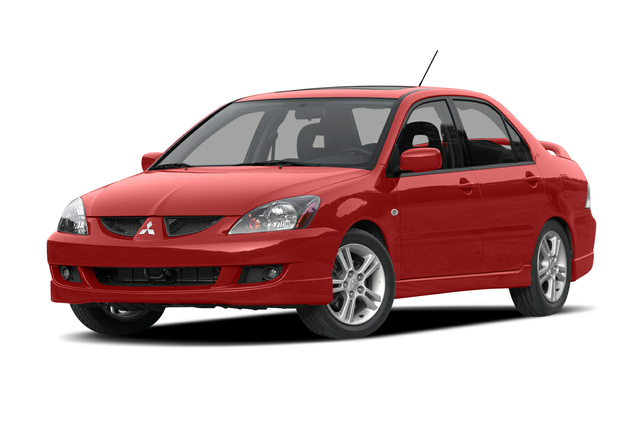 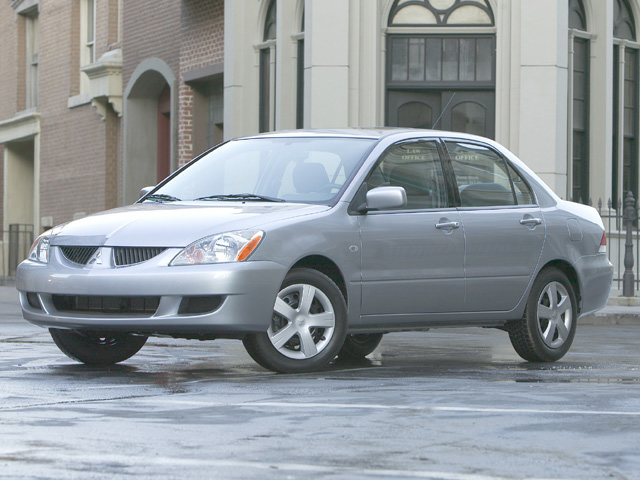 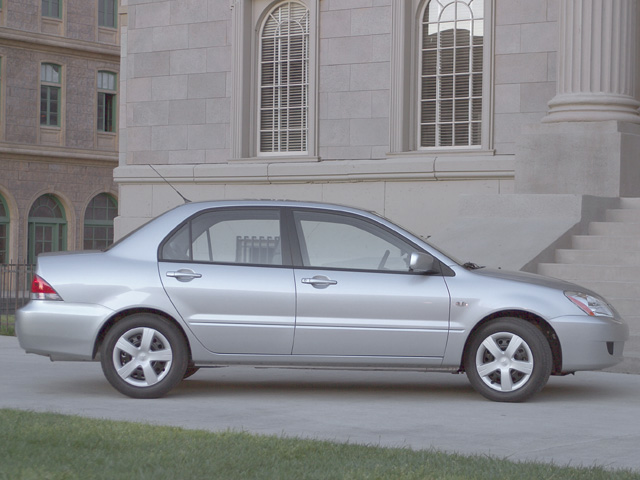 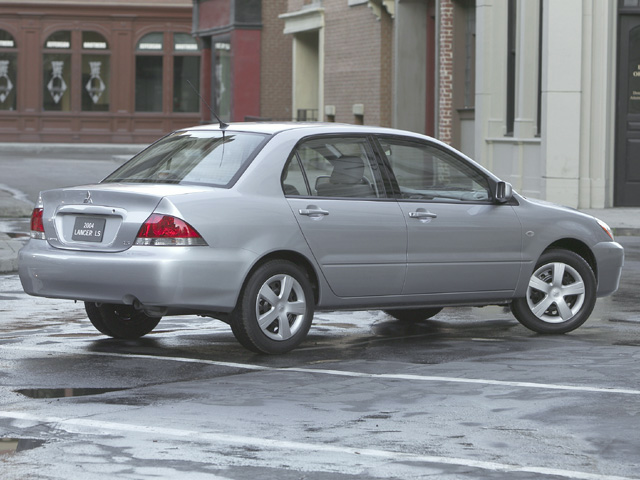 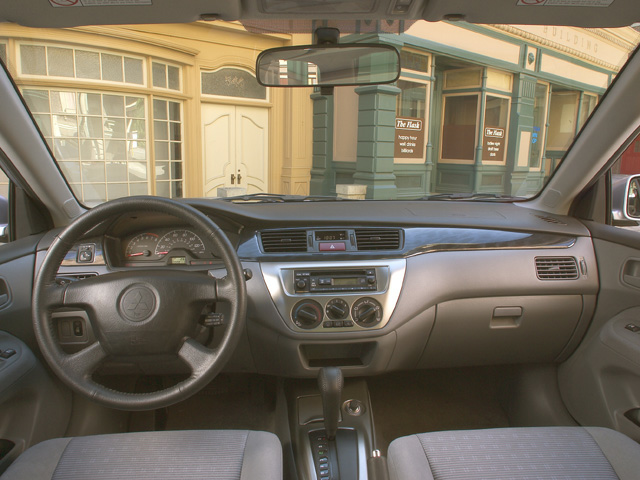 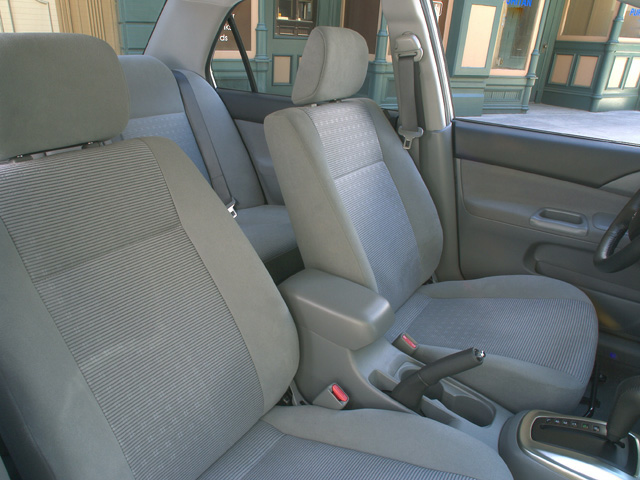