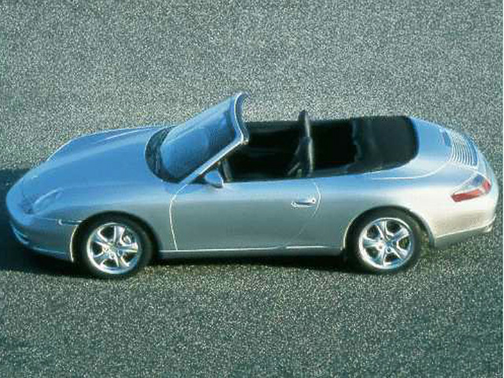 Our 1999 Porsche 911 trim comparison will help you decide.

It’s easy to see where Porsche spent most of its money a few years ago when the German sports car maker redid the 911.

The boys down in engineering walked away with most of the loot. The interior decorators apparently didn’t have much to work with.

I can point out plenty of reasons why the 911 is crude. But they are all wiped out by the fact that the car is terrific fun to drive.

Yes, it would be nice if the seats were more comfortable, if the radio were easier to operate, if any person, even a child, could fit in the back seat and if the ignition switch were on the proper side of the dash, not planted off to the left.

This car looks great and makes you feel great.

Apparently, Porsche still thinks that drivers and their guests should suffer a bit. How old school.

But Porsche may be the only automaker in the world that can still get away with such a thing. Perhaps the next 911 will offer a more user-friendly interior.

When Porsche revamped the 911 two years ago, the German automaker said goodbye to the company’s long-running and famous air-cooled engine. Though the layout of the new engine remains the same — the cylinders are horizontally opposed — the cooling is now done the traditional way, with water.

That seems to make everything work better.

The new 911 isn’t bothered by long waits in broiling traffic jams. As I recall, the old 911 could get a little cranky when traffic came to a crawl on a hot summer day. The car would run a bit rough, and the air conditioner wouldn’t blow very cold. All that is gone now. The engine purrs all the time, and the air conditioner blows cold no matter what speed the car is moving.

Our test car sported Porsche’s all-wheel drive system. The added weight of the front-drive components didn’t seem to hinder performance much. Porsche says the car can reach 60 mph in 5.2 seconds, and I believe it.

The engine delivers a solid kick of power, but when the tachometer needle passes 5,000 rpm, the pitch of the exhaust changes from a howl to a mean growl. Our test car seemed to run better the harder I drove it.

The six-speed manual transmission took a bit of getting used to, however. The clutch is very direct. It’s either in or out — there’s very little middle ground. This makes moving from a stop a bit tricky. But the shifter clicked smoothly into each gear. And you can shift as quickly as needed.

Because the 911 has such a short wheelbase, the ride is a bit choppy over bumps. But when it comes to rounding a corner, the 911 seems attached to the road in the manner of a high-speed roller coaster. It just never comes unbalanced.

And therein lies the beauty of the machine. With the engine making its wonderful symphony in the rear, yo u come to anticipate and relish those moments when you can push the car through a fast curve.

The gigantic, vented, four-wheel disc brakes — outfitted with an anti-lock system, of course — are very strong. The rack-and-pinion steering is razor sharp. Technically, the 911 Carrera 4 is an excellent sports car.

That car was uncomfortable to the nth degree. But its looks were intoxicating — so much so that the compliments it drew kept me behind the wheel long after I knew it was time for it to go.

The 911, I’m sorry to report, hasn’t progressed as much inside as it has underneath.

The upper part of the driver’s seat is too narrow and constantly squeezes your sides. I never could adjust the seat so that I was comfortable enough that I didn’t think about it when driving. The back seats are virtually unuseable. It’s better jus t to fold them forward and forget they are there.

As with the Boxster, the gauge cluster looks tacked on to the top of the dash. Those big gauges, however, are nicely designed and easy to read. Interestingly, you get two readouts for the speedometer — one on the speedometer gauge, the other on the bottom of the tachometer, as a digital readout. Now, you really have no excuse for speeding.

The air conditioner is controlled by a series of buttons that show you on a bar graph how fast the fan is blowing. The temperature readout is given in numbers. The system is fairly easy to use. But in such an expensive car, it would be nice to have the controls for the air conditioner and radio on the steering wheel.

Other demerits must be handed out for the metal inserts on the shifter and the emergency brake, which get so hot during the summer that they can nearly burn your hands, and for the quirky radio, which is hard to tune.

All these things, I suppose, add to the Porsche’s aura. You don’t get mad at the quirks and the lack of comfort. You deal with them — because when you turn the key and head out into the world, you are driving a very special car.

October 19, 2020
By Richard from North Florida
Owns this car

Birmingham Imports advertises this car exactly to what it was. 1999, 23,000 miles in VGC condition. And a hard to find hard top. The sales process, being from Scottsdale, AZ went smoothly.

I've really enjoyed this car. But be careful on your purchase, to be sure all the required maintenance is up to date, including the needed IMS Bearing retrofit. Don't be fooled, you will spend around $22k for 996 that is in solid working shape.

Rating breakdown (out of 5):
4 people out of 5 found this review helpful. Did you?
Show full review
See all 39 consumer reviews 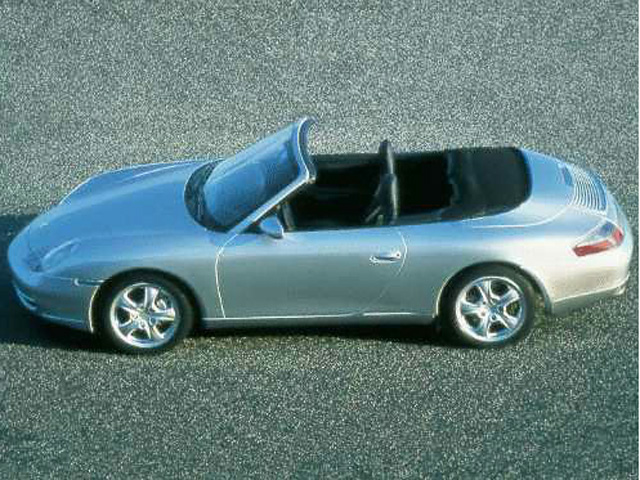